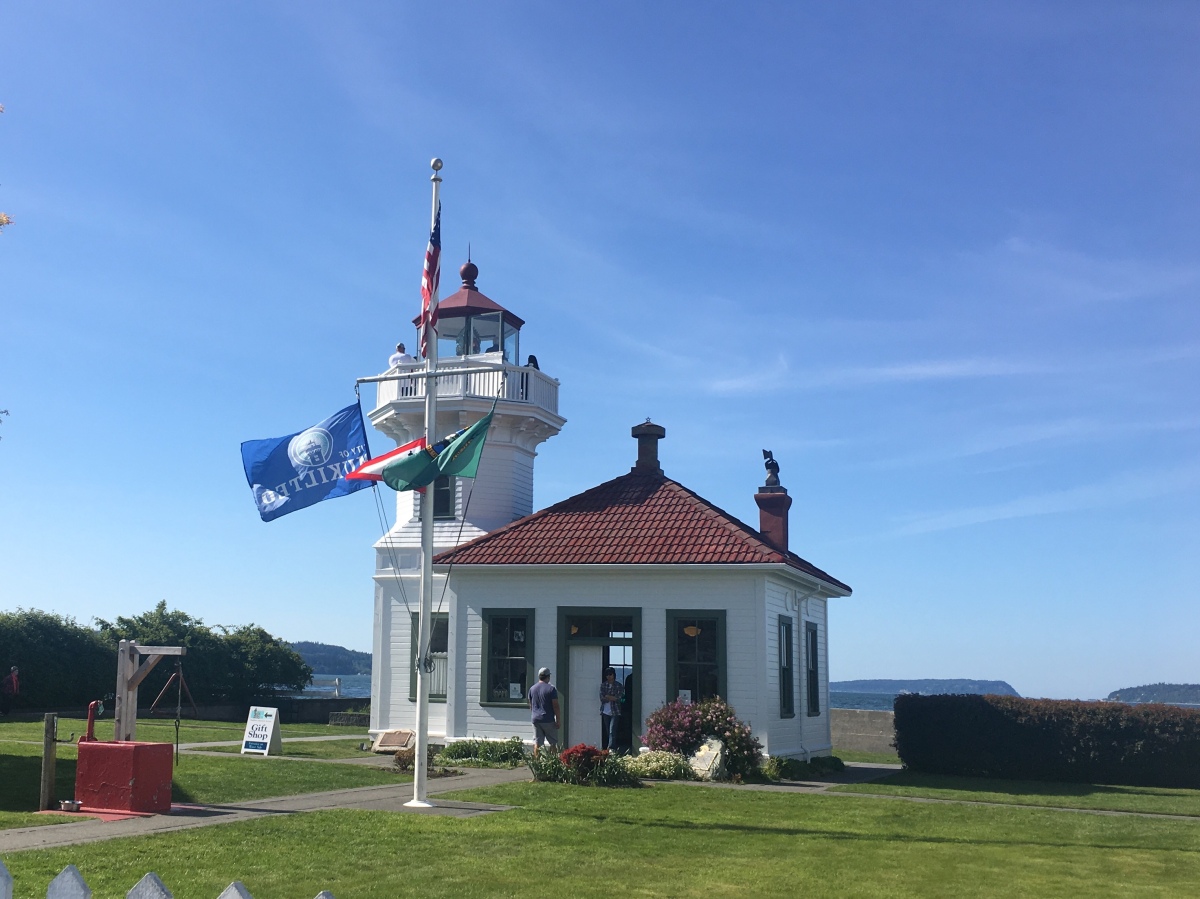 Did you know that aside from guiding mariners by night or during storms, lighthouses also serve as daymarks – landmarks that are visible from the sea during daylight hours.  To serve as a day mark, the light tower should be brightly painted, and feature distinctive colors and patterns.

One such light tower in the Mukilteo Lighthouse which the fam explored during our trip to the Pacific Northwest.  Designed by renowned  architect Carl W. Leick, this Victorian-style lighthouse, which stands 38 feet high (one of the shortest in the United States), has been operating since March 1, 1906.  By 2001, the US Coast Guard has transferred the Mukilteo Light Station property to the City of Mukilteo, although it still maintains the light and the foghorn as working aids to navigation. 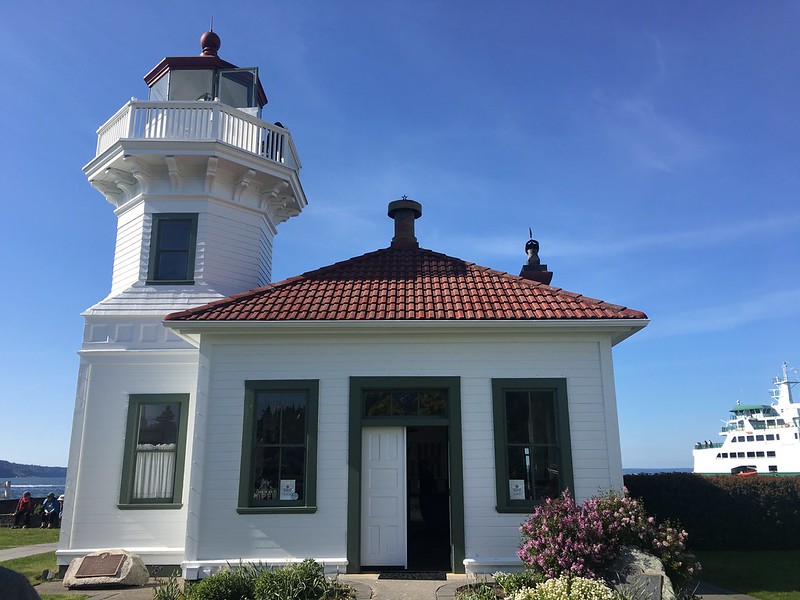 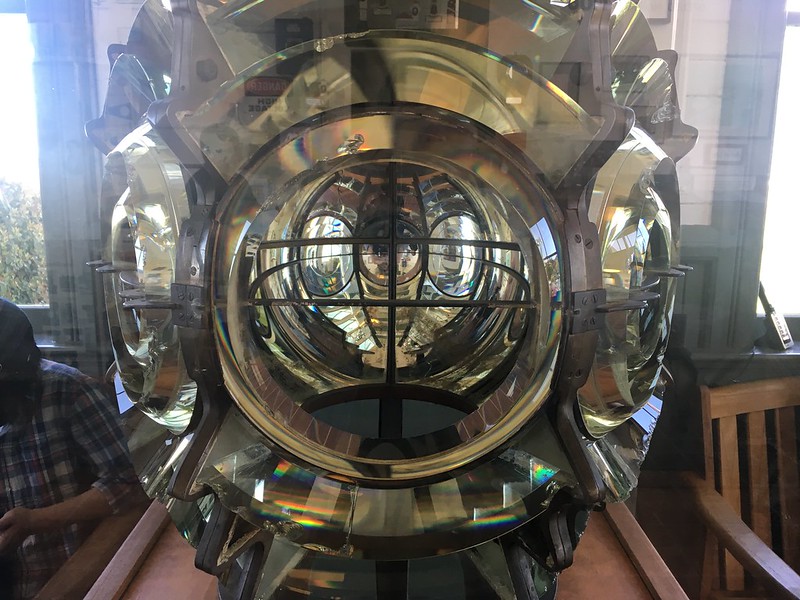 Currently, its light is made possible by a fourth order Fresnel lens built in Paris, France in 1852 and brought to Mukilteo when the lighthouse was converted to electricity in 1927.  With a flash pattern of two seconds on / three seconds off which is unique to Mukilteo, the lighthouse is now fully automated and on 24/7. 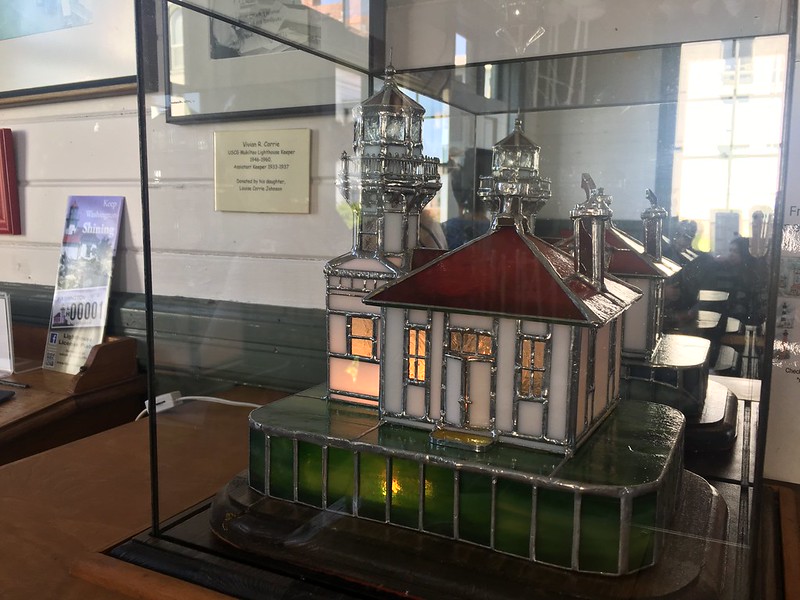 Atop the light tower is a breathtaking view of the Possession Sound, named by George Vancouver in 1792 when he claimed possession of the land of “New Georgia” for Great Britain.  Possession Sound connects the main Puget Sound basin to the south with Saratoga Passage and Port Susan to the north. 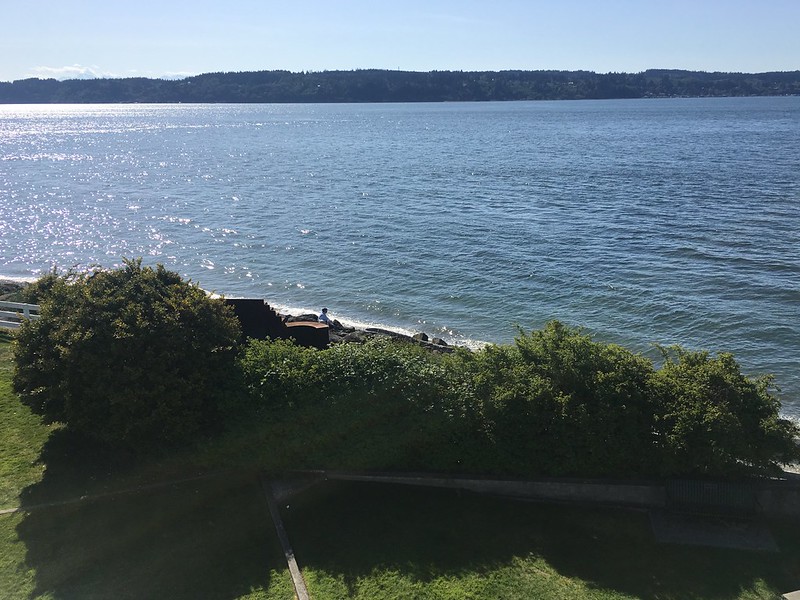 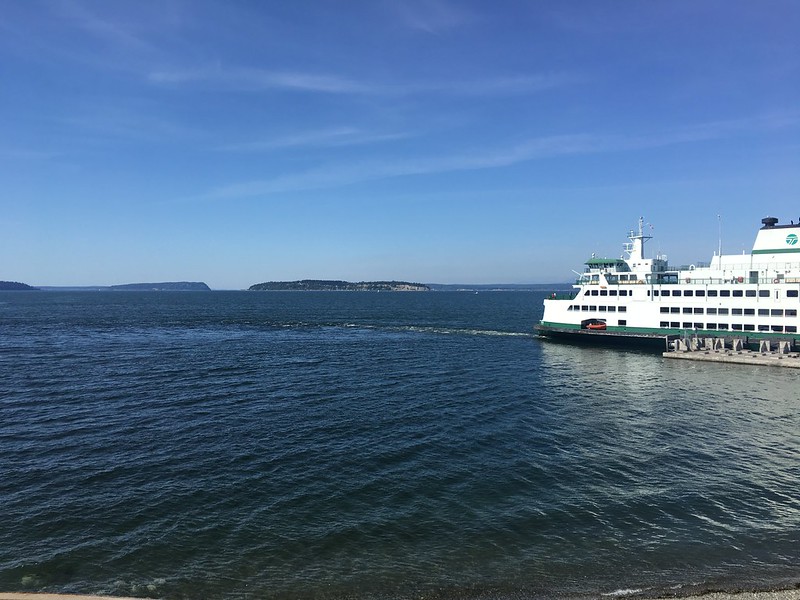 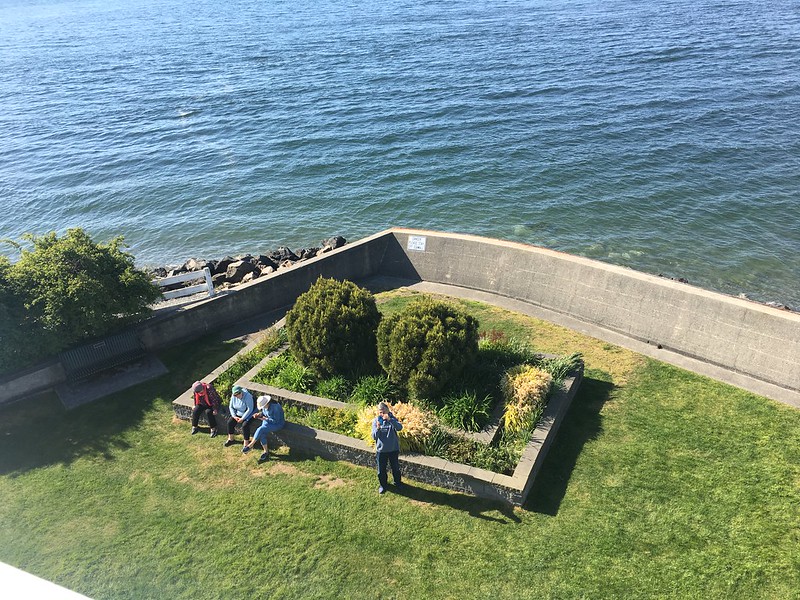 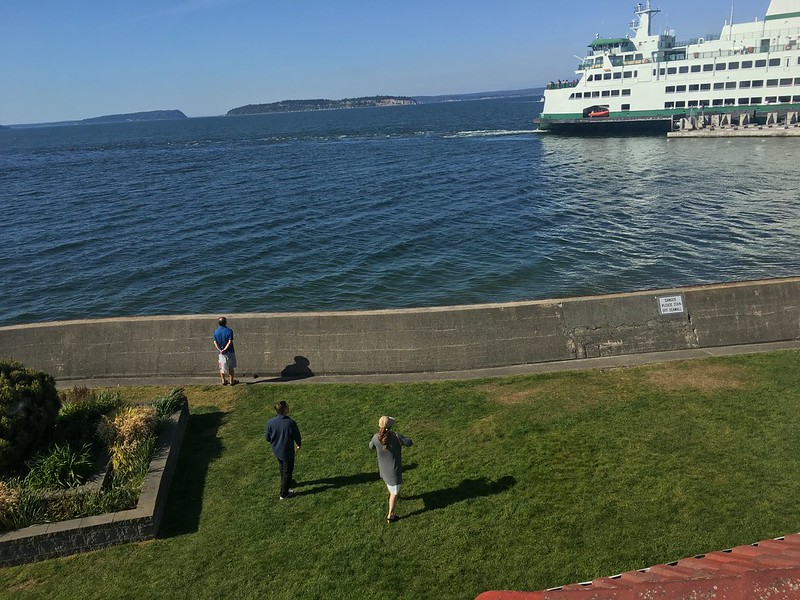 Beside the lighthouse is a structure known as the Assistant Keeper’s House which was also designed by Architect Leick as part of the light station.  Today, it serves as a venue for historical exhibits and as a gift shop for visitors. 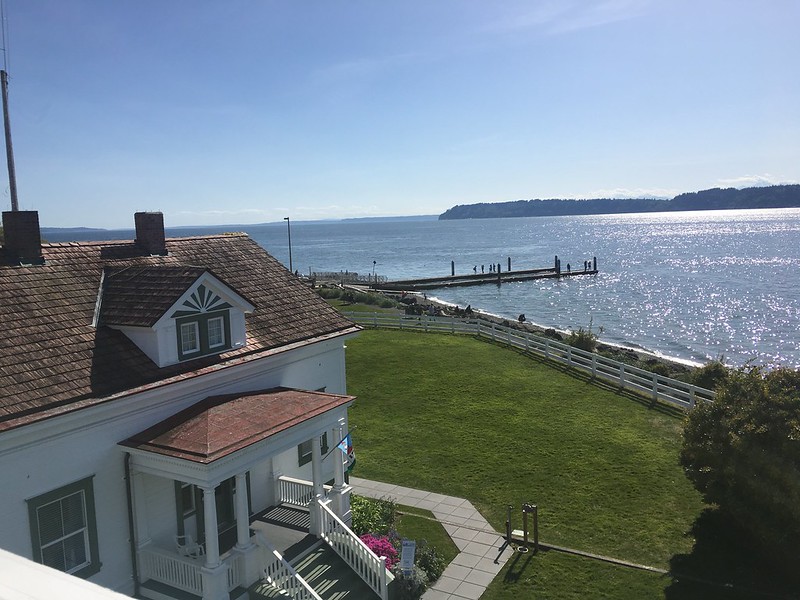 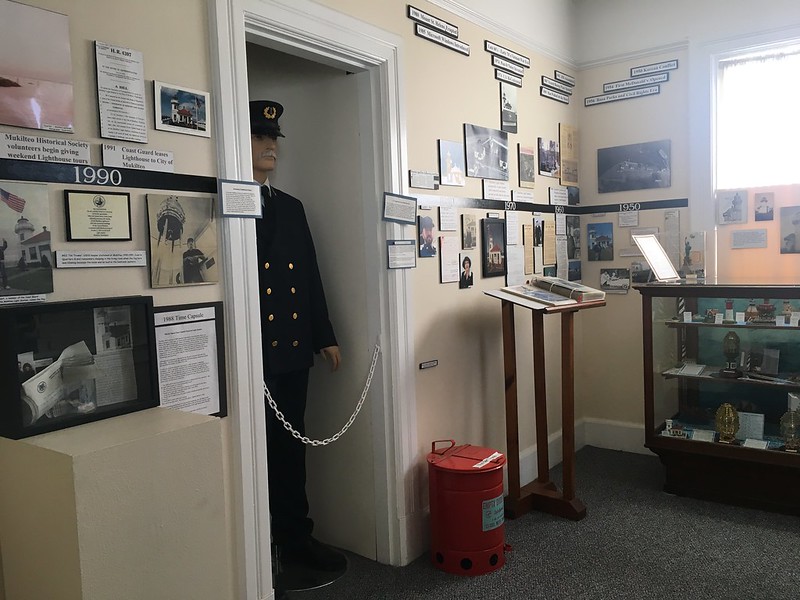 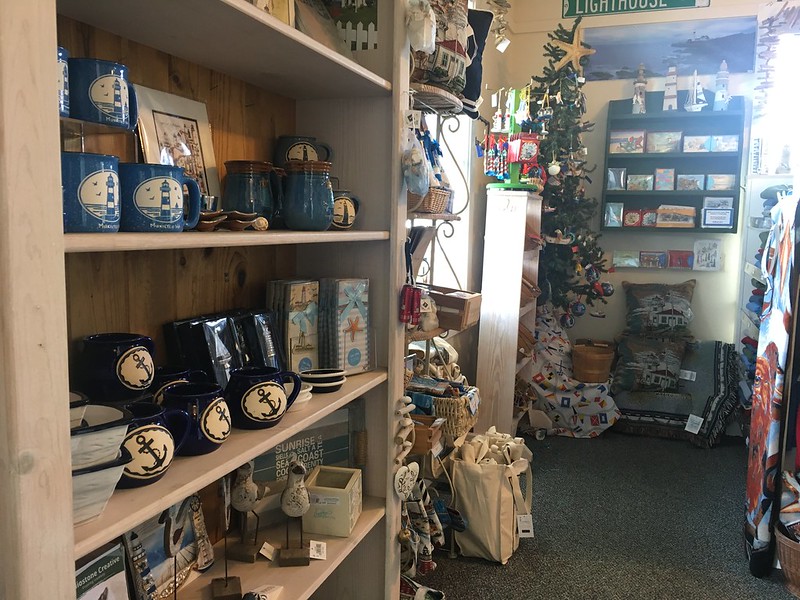 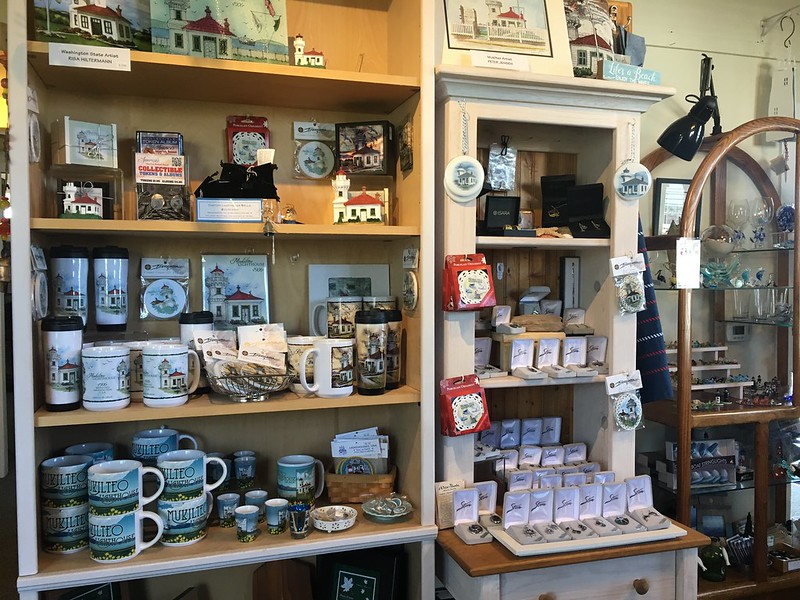 Encompassing the light station compound, the sandy beach and shoreline walkway is the Mukilteo Lighthouse Park.  This has one of the most easily accessible shorelines in the Snohomish County, especially among those needing ADA access.  It also displays sculptures by Tulalip tribal carvers and artworks by Joe Grobin and James Madison.

The fam spent a long while here just enjoying the view, skipping rocks along the beach and cooling off with some ice cream at the nearby Diamond Knot outlet. 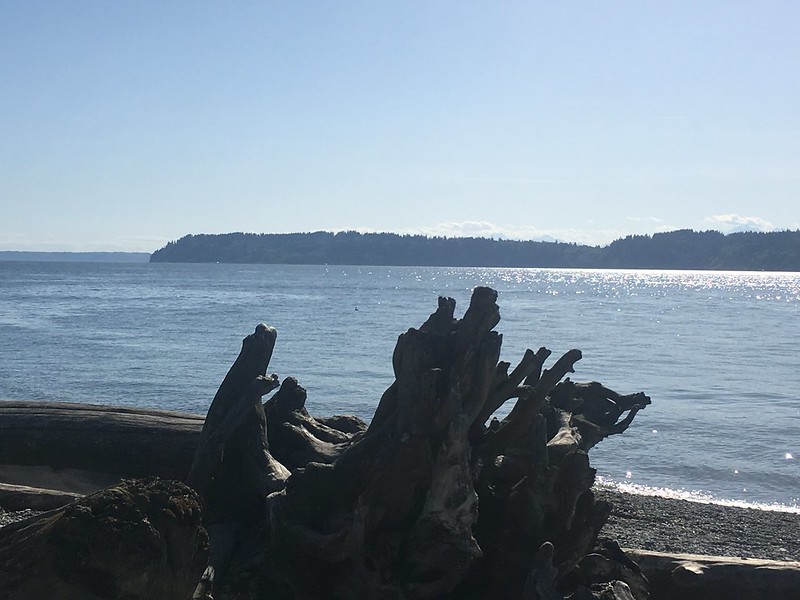 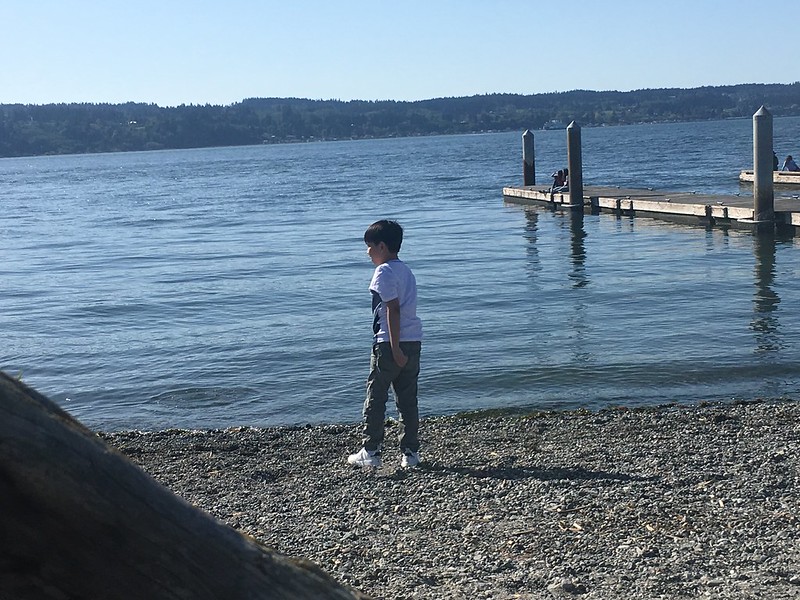 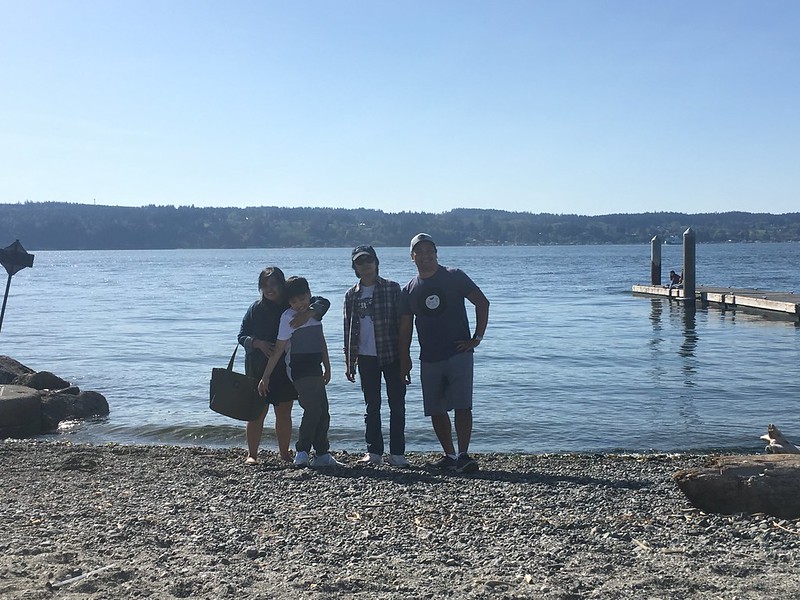 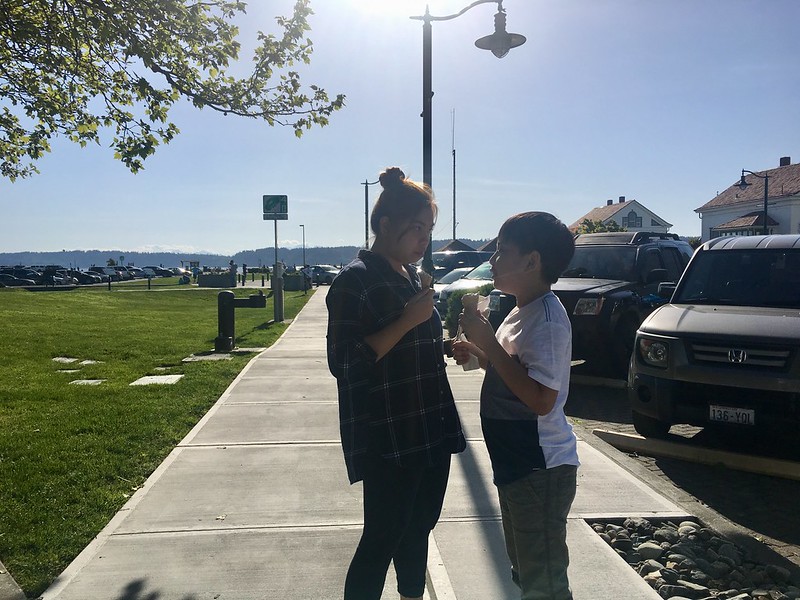 Check out the attractions the fam and I visited during our US trip: