Ankor Wat, located north of Siem Reap in Cambodia, is one of the country’s most visited tourist spots as well as its most iconic symbols. In fact, being a source of pride for the country, it has appeared on Cambodian national flags since the 1860s, and is the reason for more than fifty percent of international tourist visits to Cambodia each year. 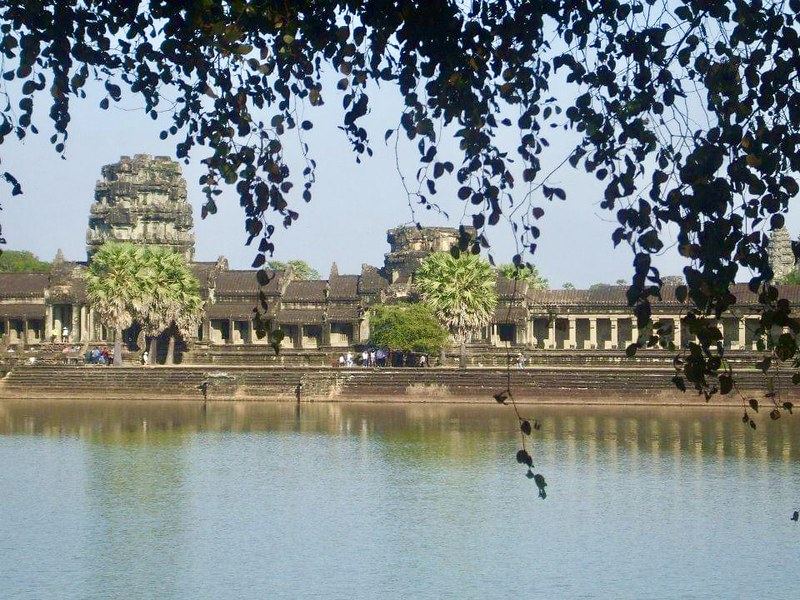 If you’re planning a trip to Cambodia, a visit to Angkor Wat is sure to be part of your itinerary. 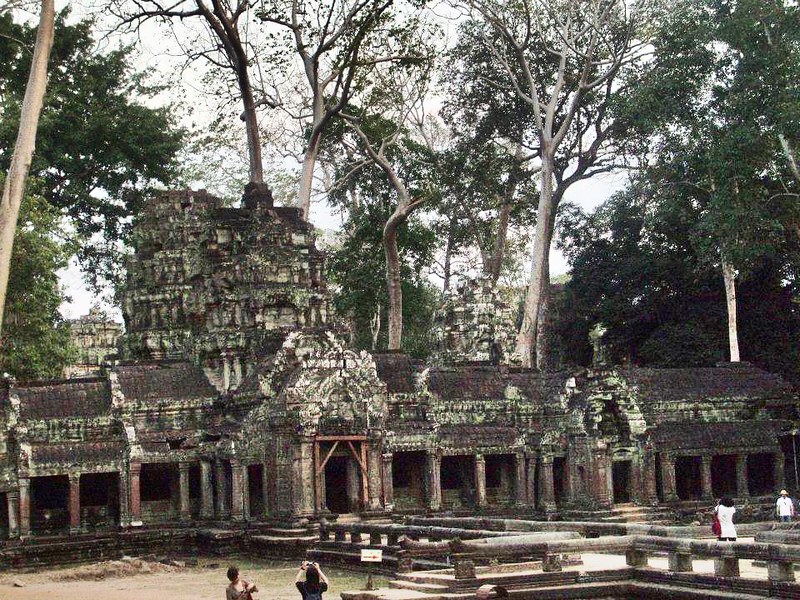 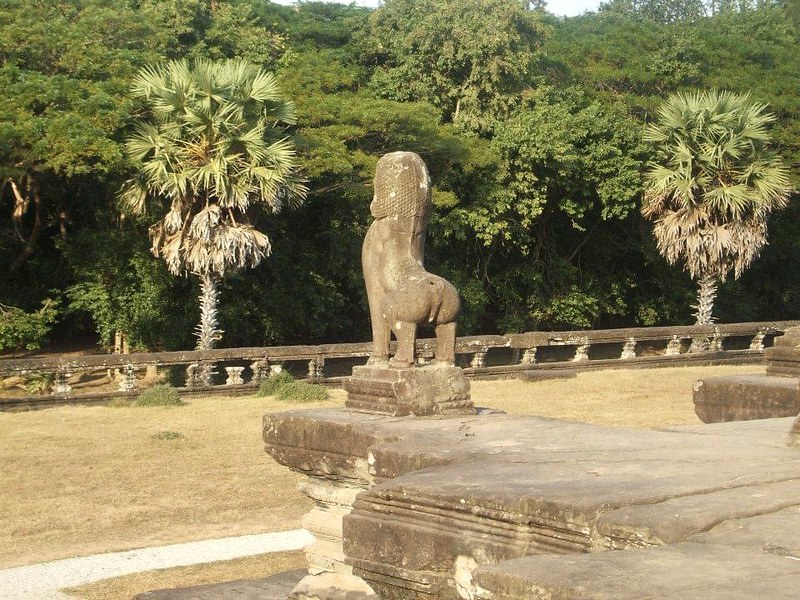 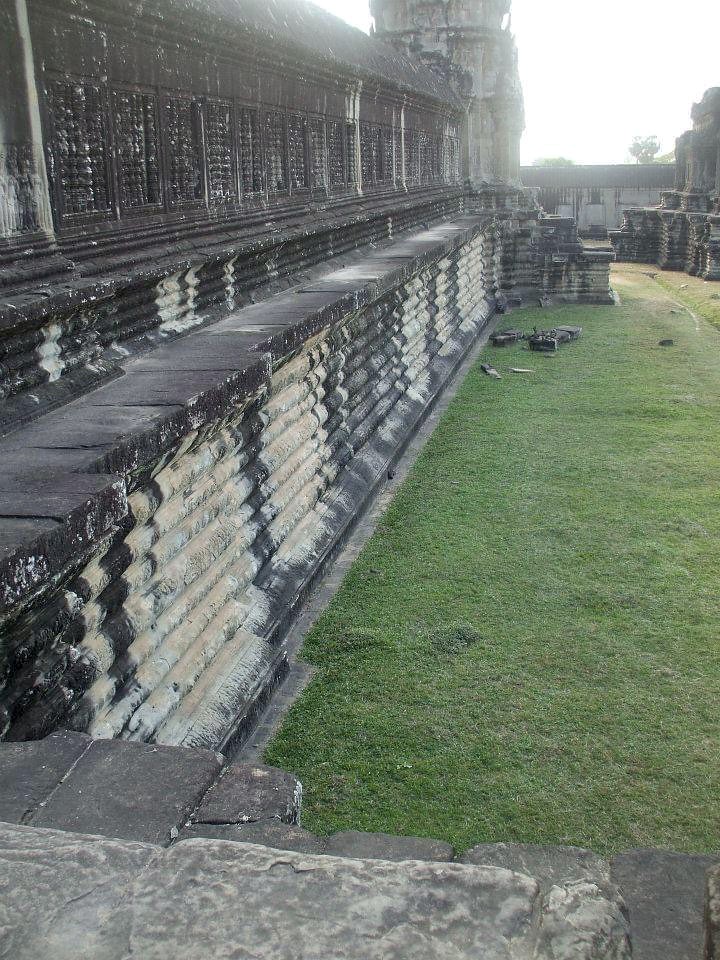 It is located five kilometers from Siem Reap, which affords tourists with various options for accommodations and transportation to and from the site.

Why don’t you wow your traveling friends when you tour the area armed with these interesting tidbits about this famous tourist attraction?

1. It is the world’s largest religious monument.

Sprawling across 1.6 square kilometers (162 hectares or 402 acres), it is considered to be the largest religious monument in the world by land area covered. 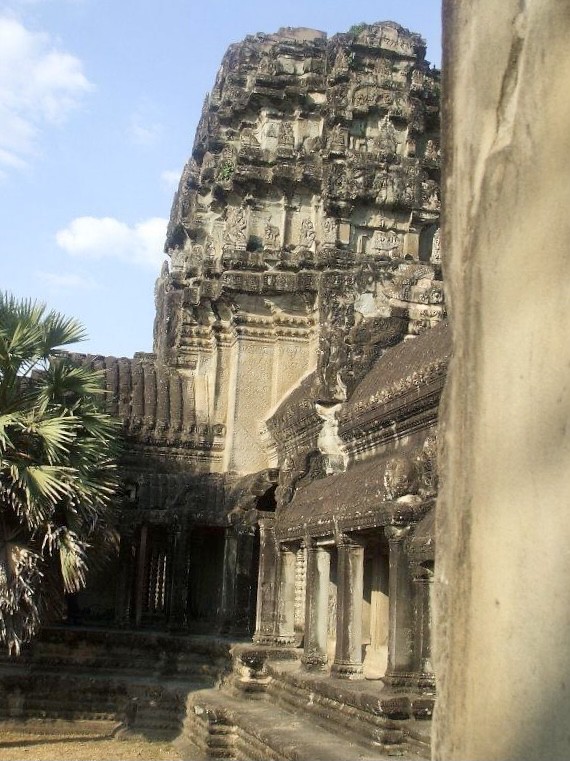 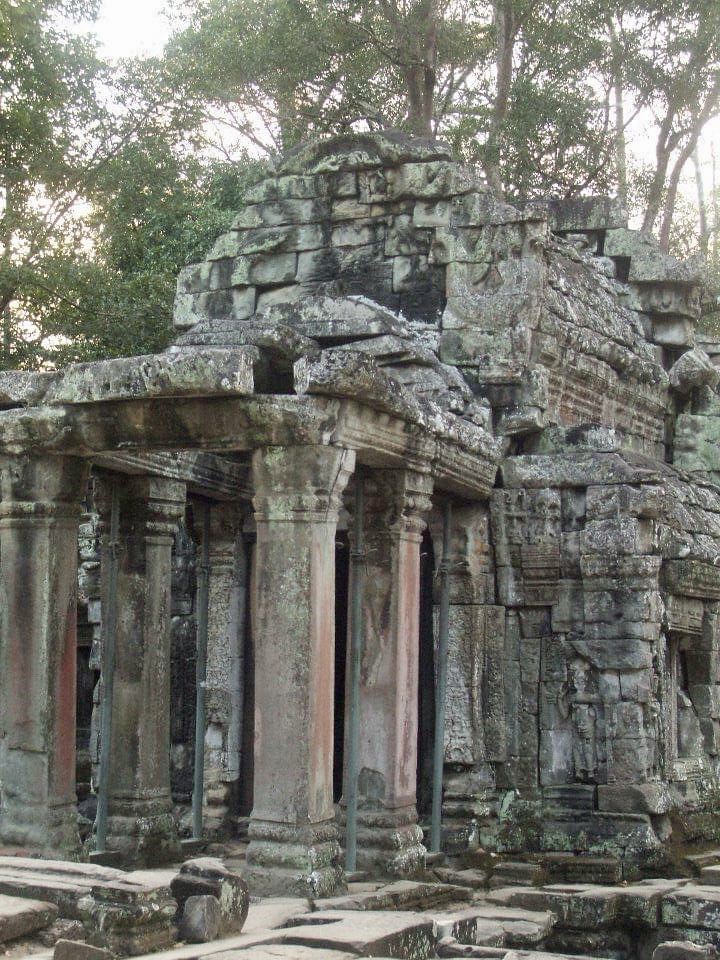 Its construction consumed five million tons of sandstone quarried from the holy mountain of Phnom Kulen located over fifty kilometers away from the site. 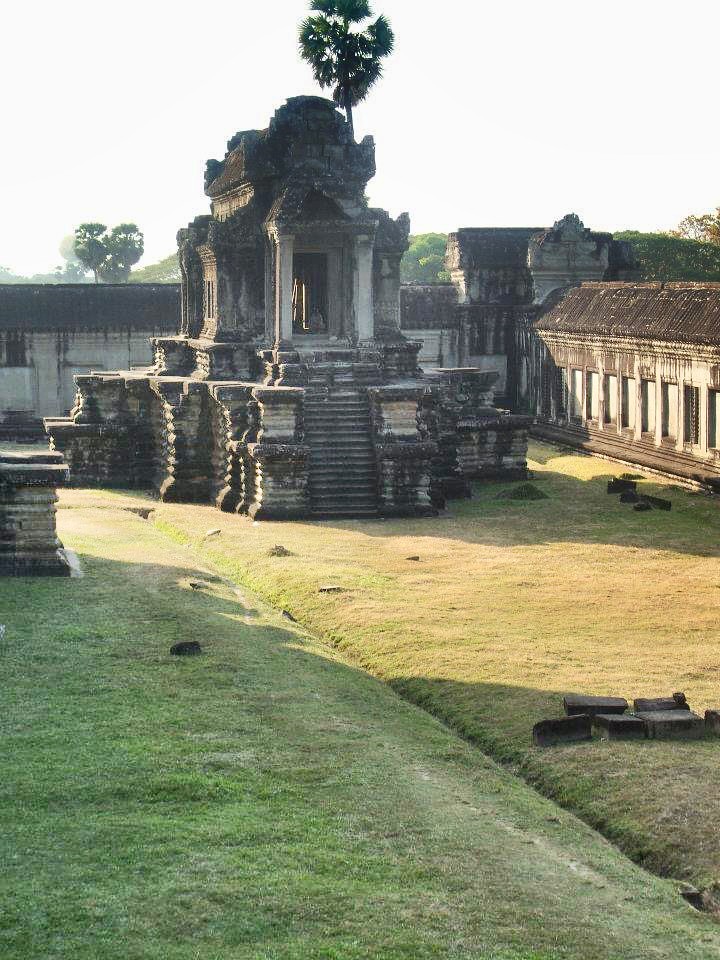 2. It is a holy place to two major Asian religions.

Although originally built in the twelfth century by the Khmer King Suyavarman II as a Hindu temple dedicated to the god Vishnu, Angkor Wat was converted to a Buddhist temple twenty-seven after his death by a devout Buddhist king Jayavarman VII. 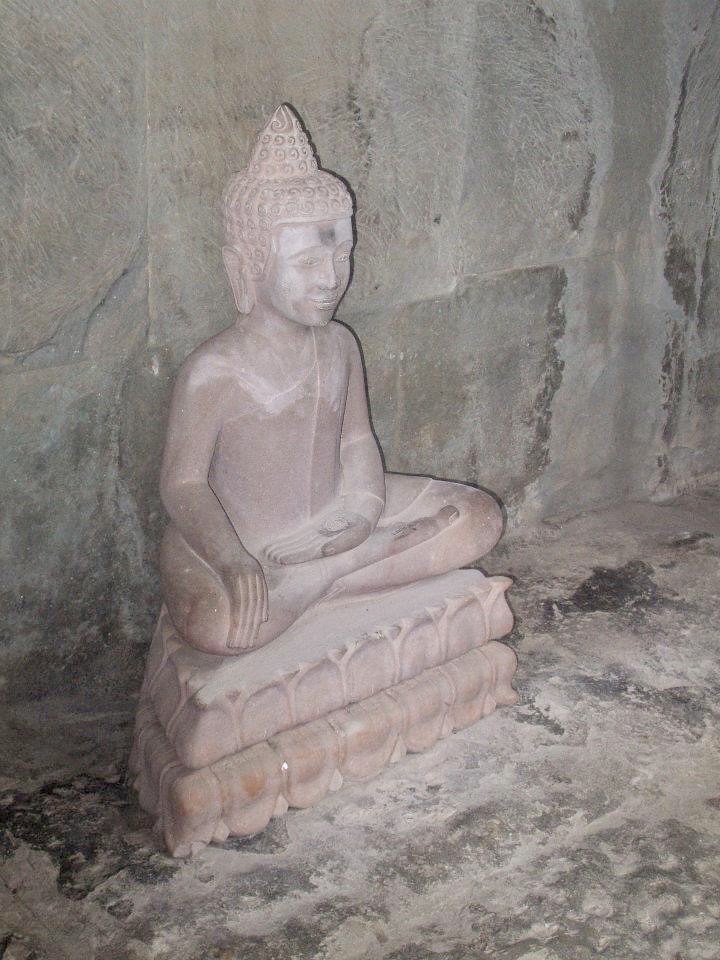 3. It was originally called by another name.

The temple was originally named Vrah Visnuloka or Parama Visnuloka, which means the “sacred dwelling of Vishnu” in Sanskrit. 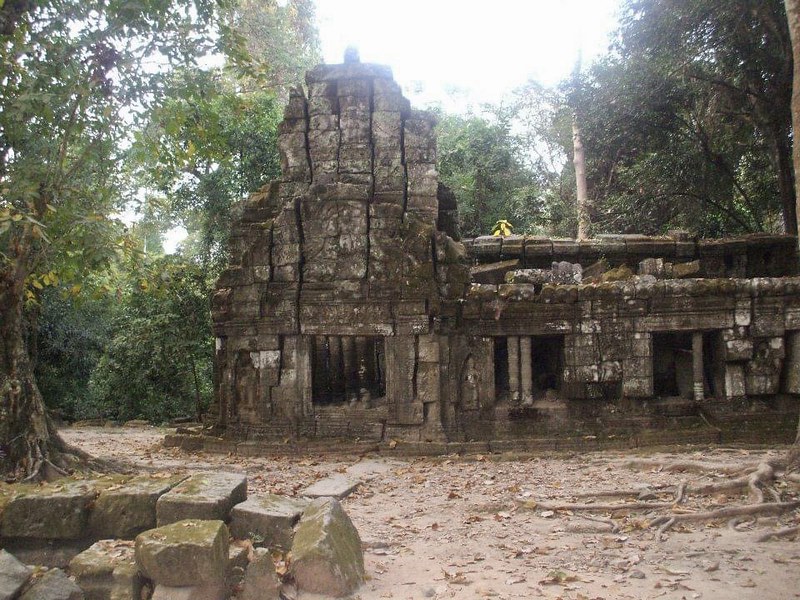 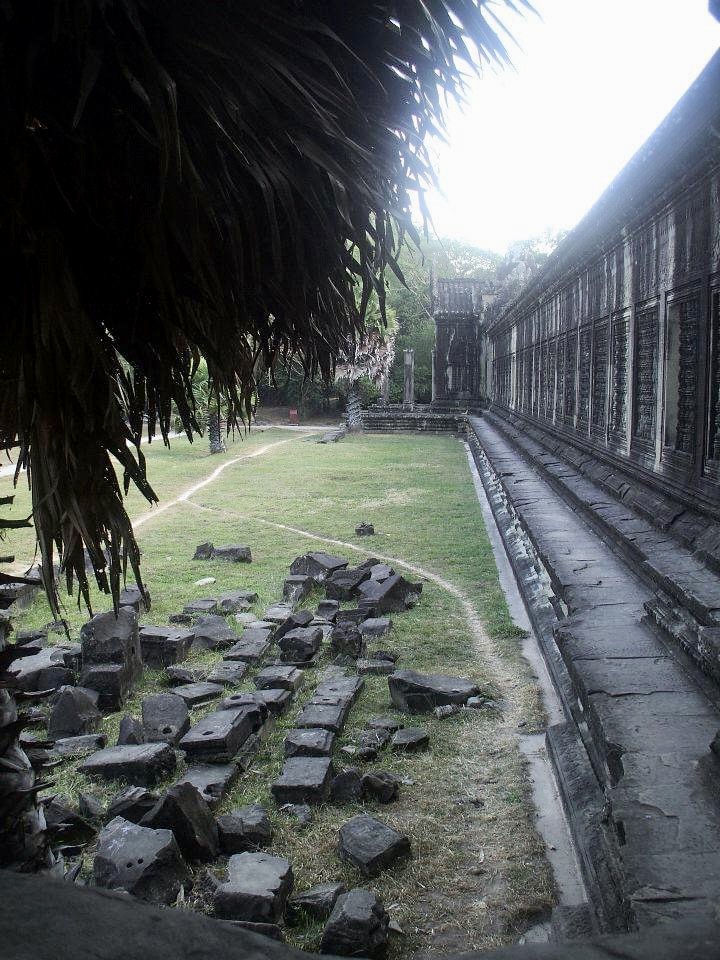 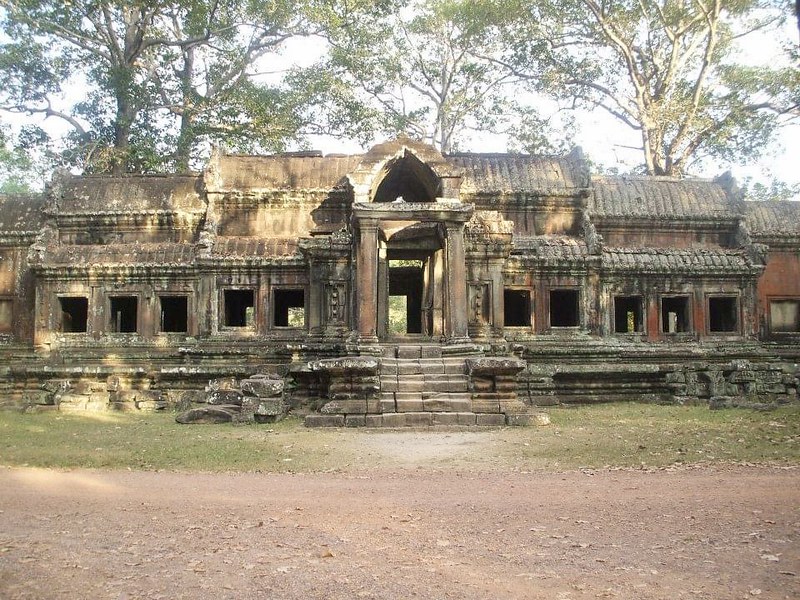 Its current name, on the other hand, translates to “city of temples” in Khmer, from Angkor which means “city” and Wat which means “temple grounds.”

4. It may have been intended as a funerary temple.

Deviating from the norm among Khmer temples, Angkor Wat is oriented to the west rather than the east. A western orientation normally relates to death in Hinduism leading archeologists and scholars to conclude that Suyavarman intended it to serve as his funerary temple. 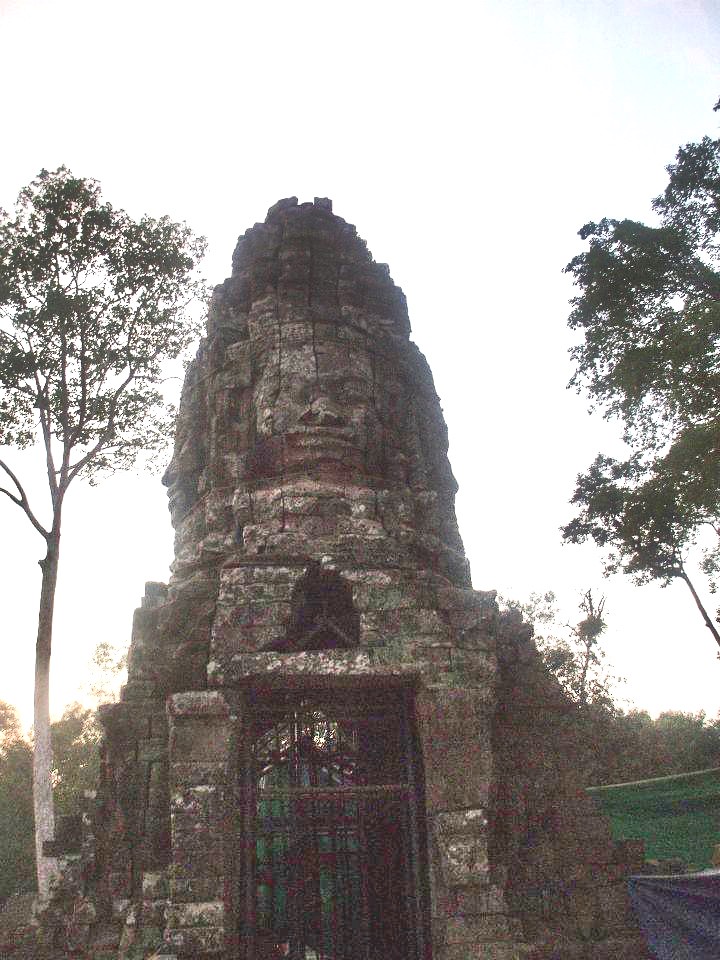 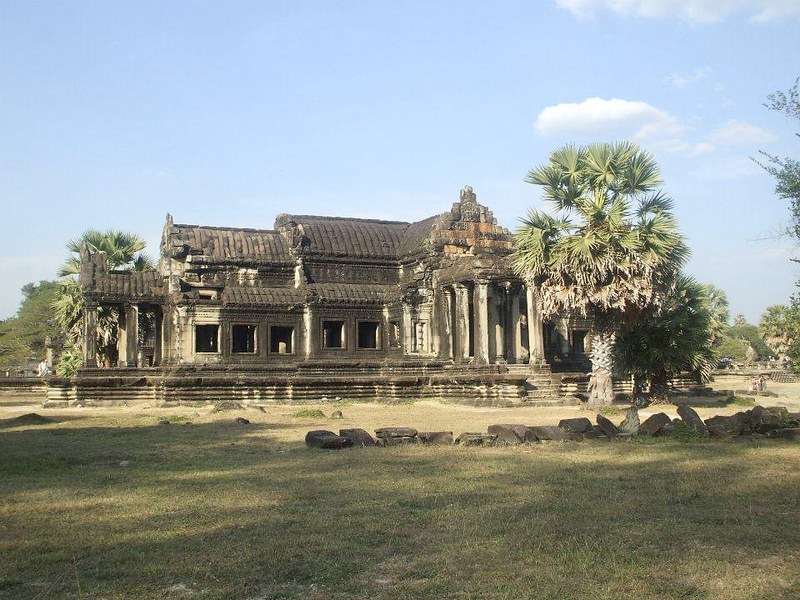 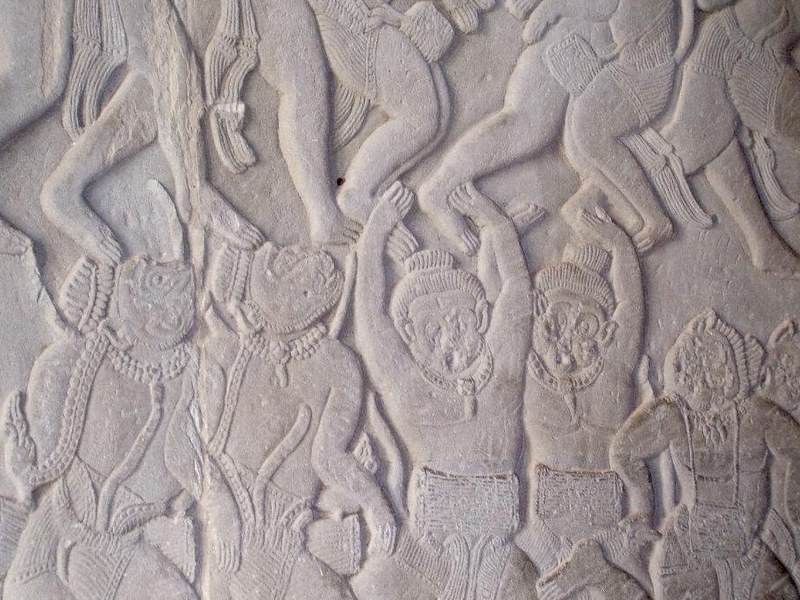 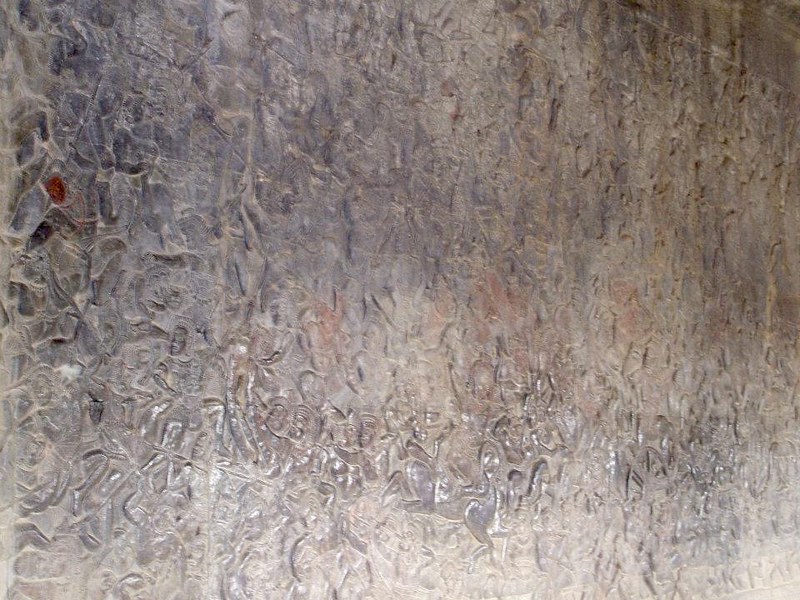 Adding strength to this inference is the counter-clockwise direction of the bas–reliefs as rituals occur in reverse order in Brahmanic funerary services.

In the centuries after it was built, Angkor Wat suffered neglect. During this time, the surrounding forest has swallowed many parts of the complex until the site was rediscovered by French naturalist and explore Henri Mouhot in 1860. 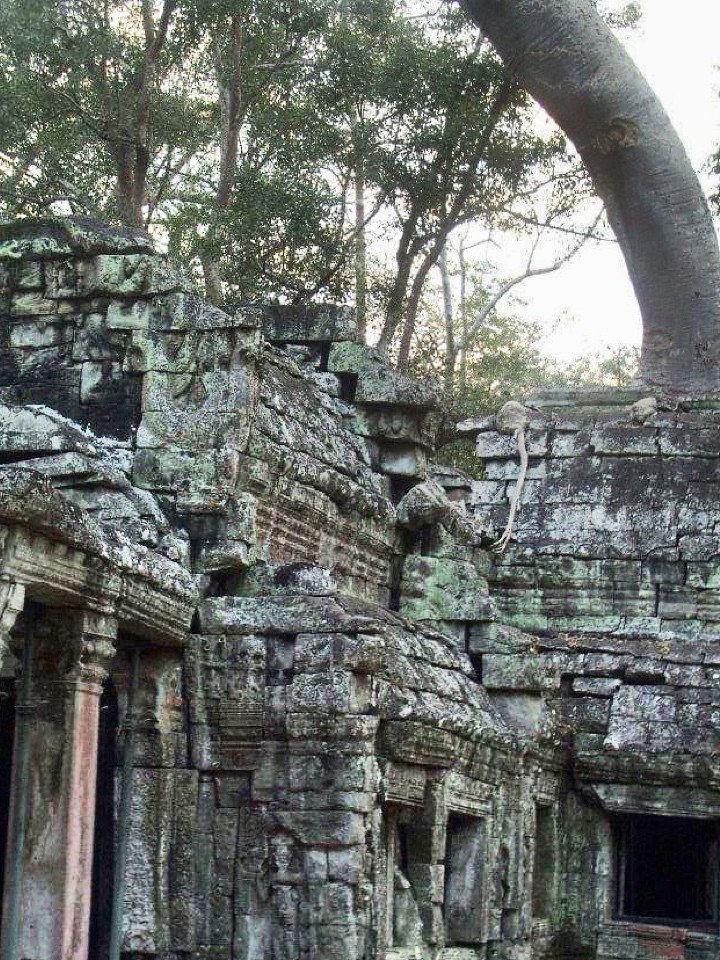 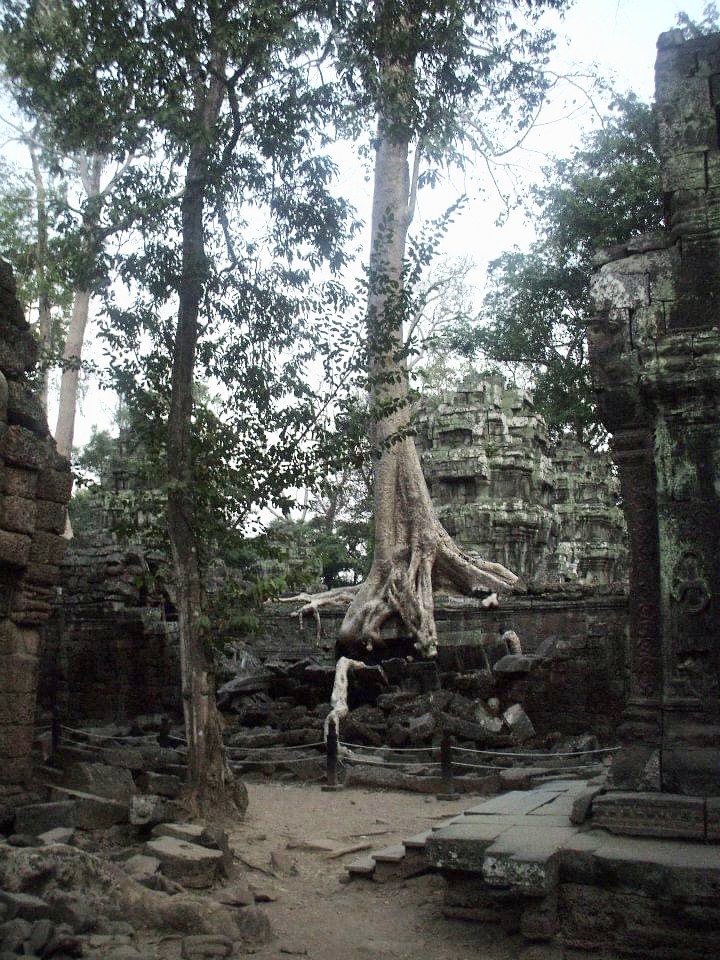 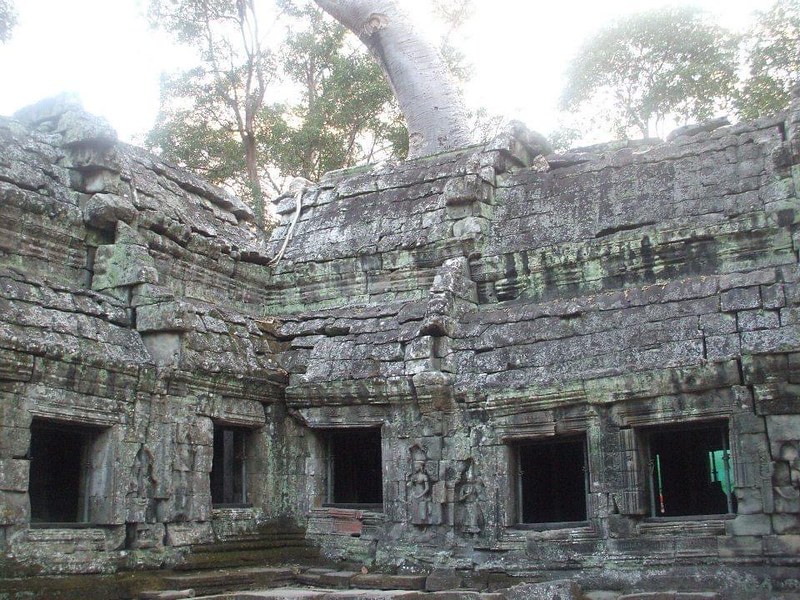 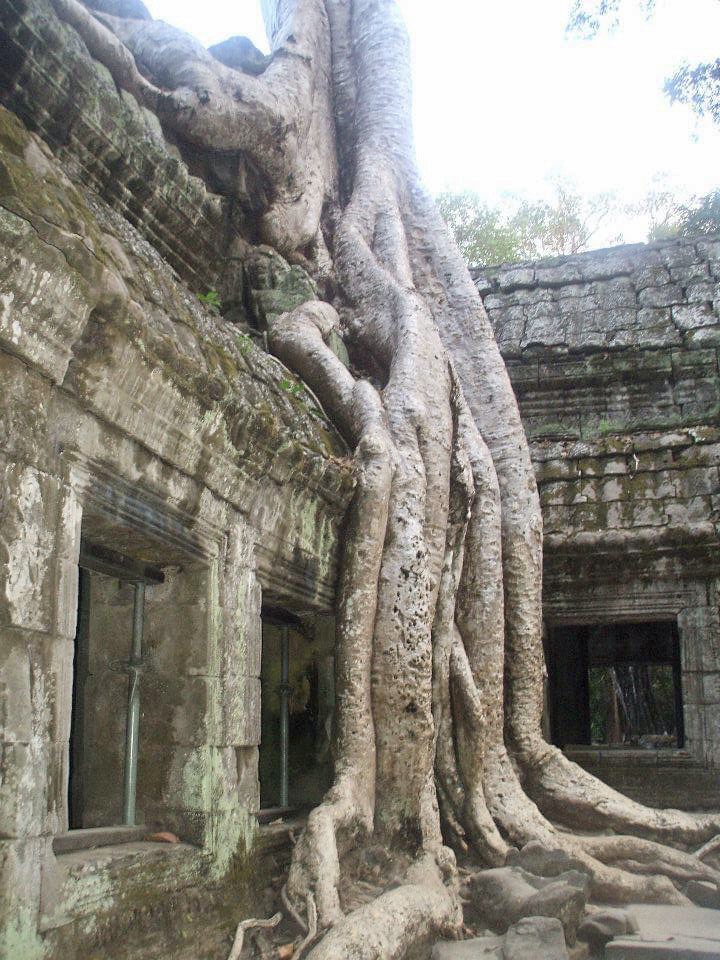 For many years, silk cotton, thitpok and strangler fig trees have grown over, under, around and even through the sandstone structures. This sets various breathtaking sceneries in the complex wherein nature is seen to have overtaken the man-made structures.

6. Various countries are working to preserve it.

Given its historical and cultural significance, it was listed as a UNESCO World Heritage Site in 1992, which encouraged international efforts to save it. Countries such as China, France, Germany and Japan are involved in various conservation projects to repair and preserve various parts of the complex. 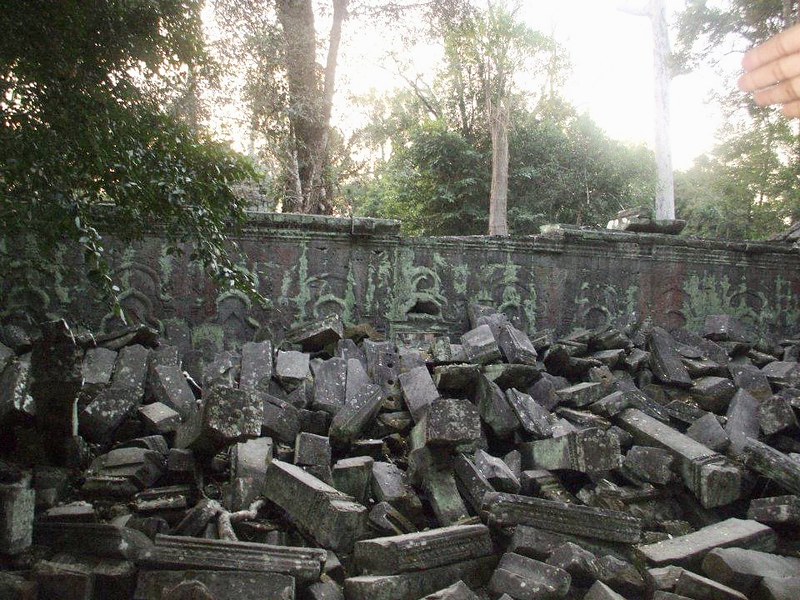 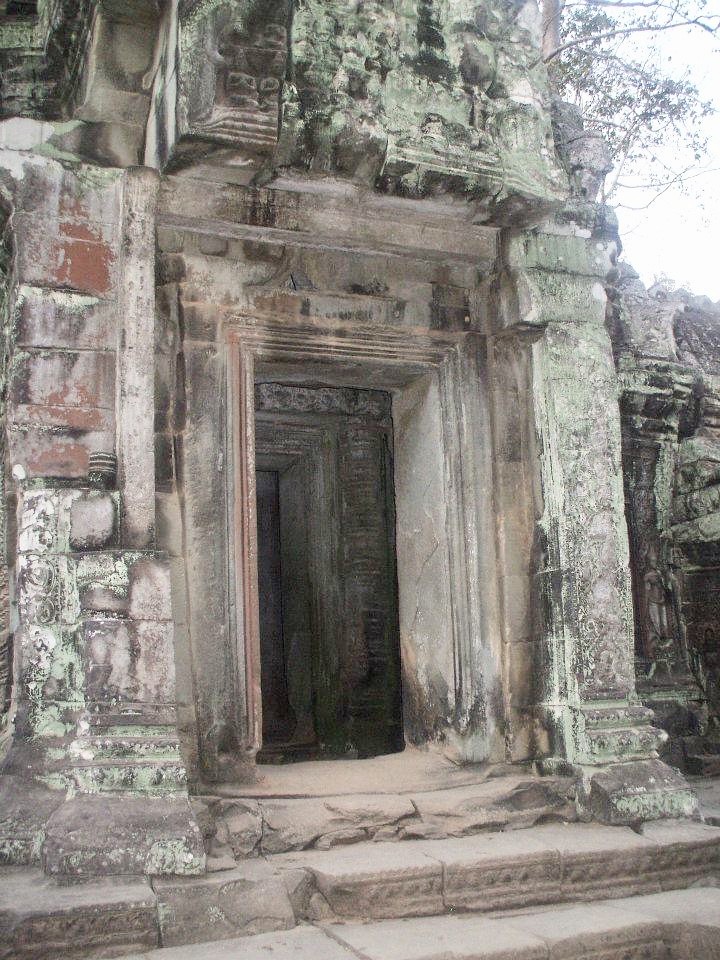 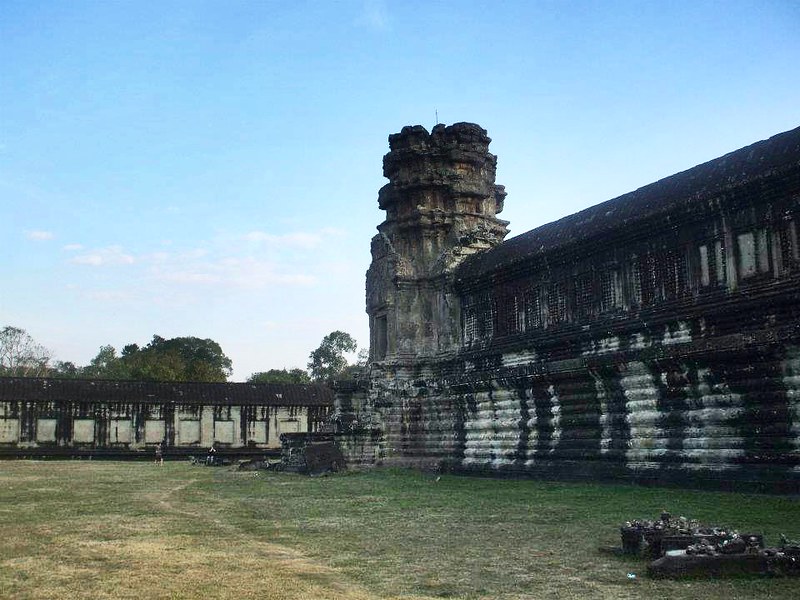 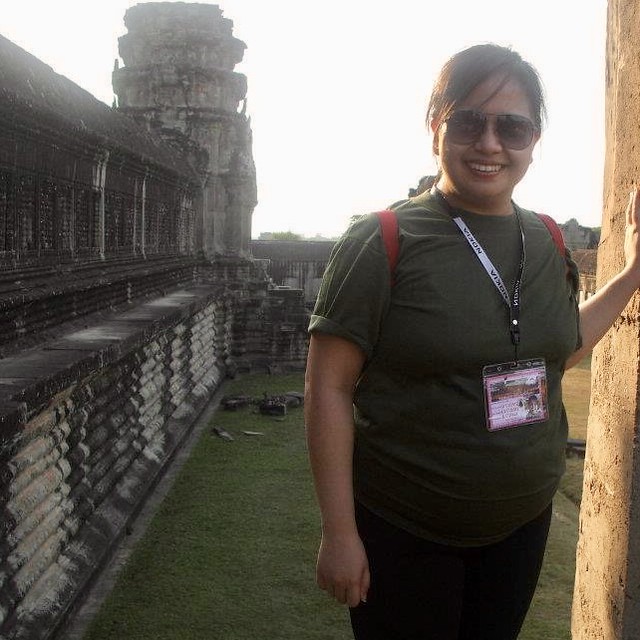 Disclosure: Photos featured here were taken during a 2012 trip to Angkor Wat sponsored by A&E Networks.