The Pinoy’s fascination for all kinds of teas is going strong and is showing no signs of waning.  Case in point: the proliferation of tea joints all over the metro and beyond.

One such joint is the newly-opened branch of Yi Fang Taiwan Fruit Tea along Tomas Morato. The latest of this chain’s stores to set up shop in Quezon City, its opening day was marked by long lines of customers (including riders from food delivery services). 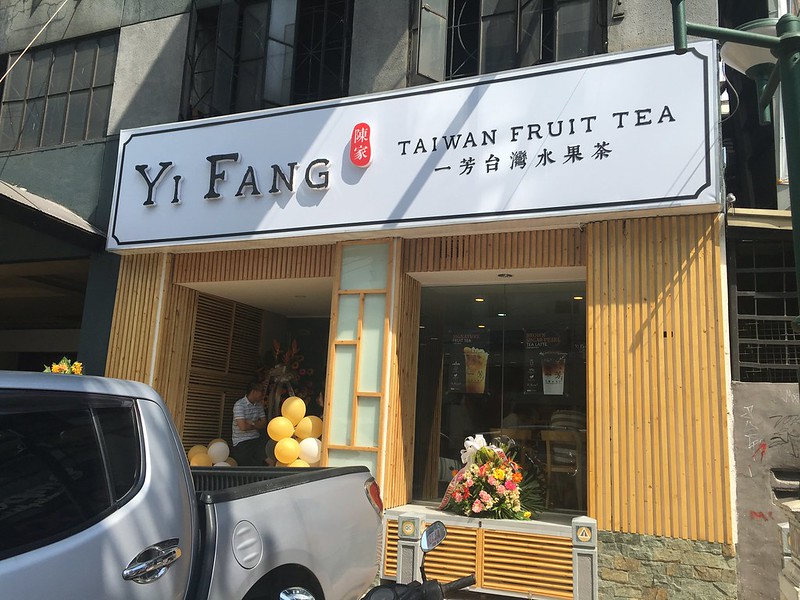 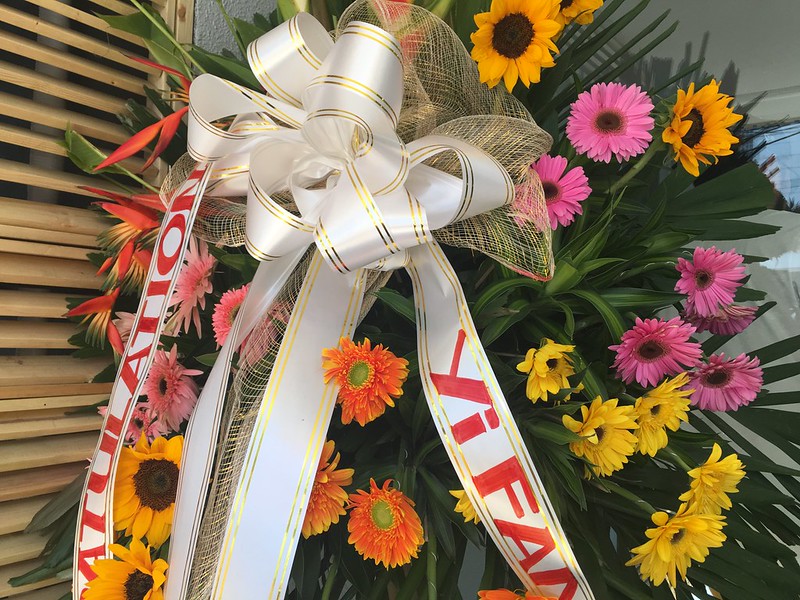 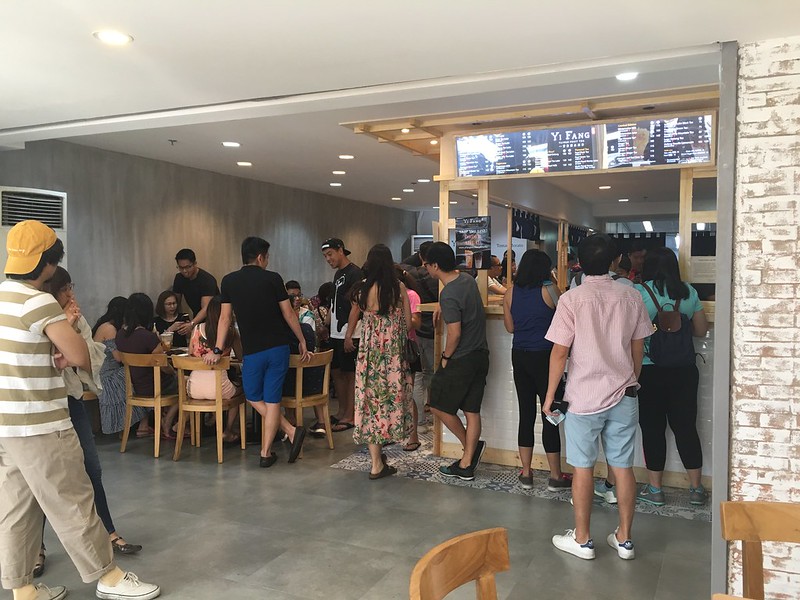 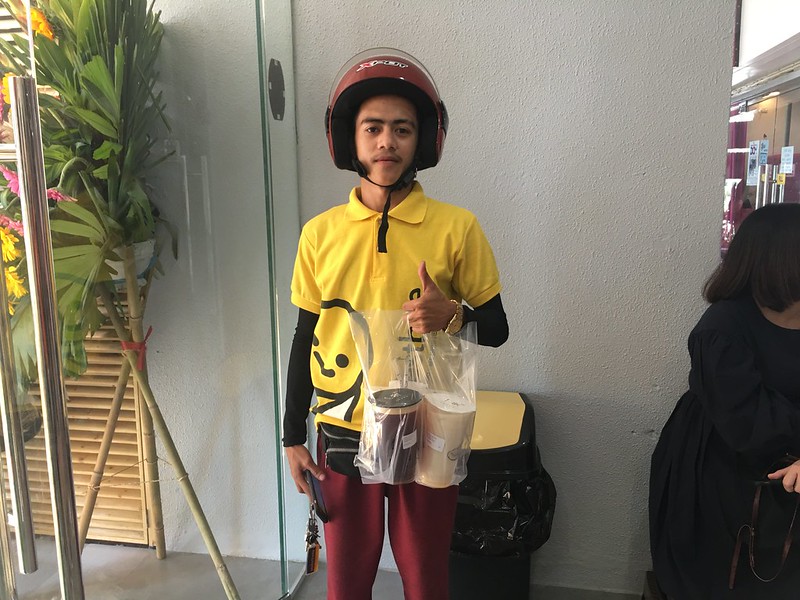 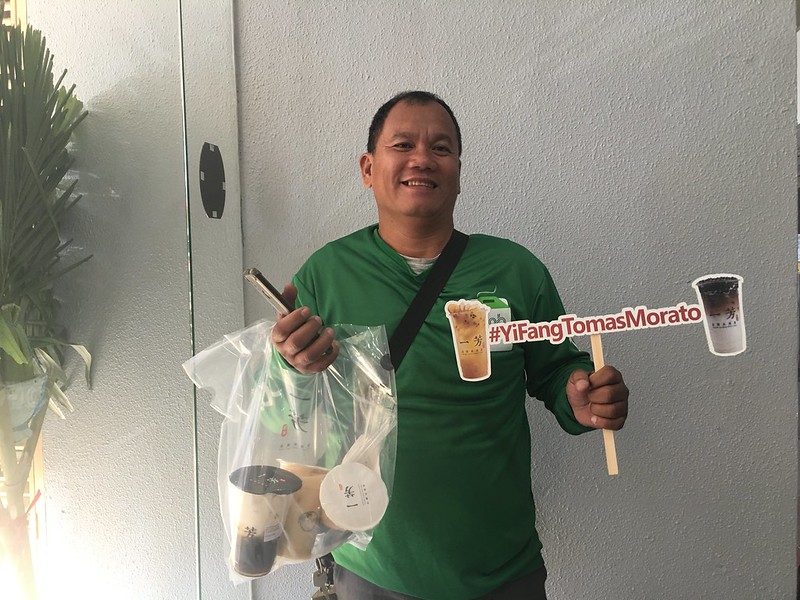 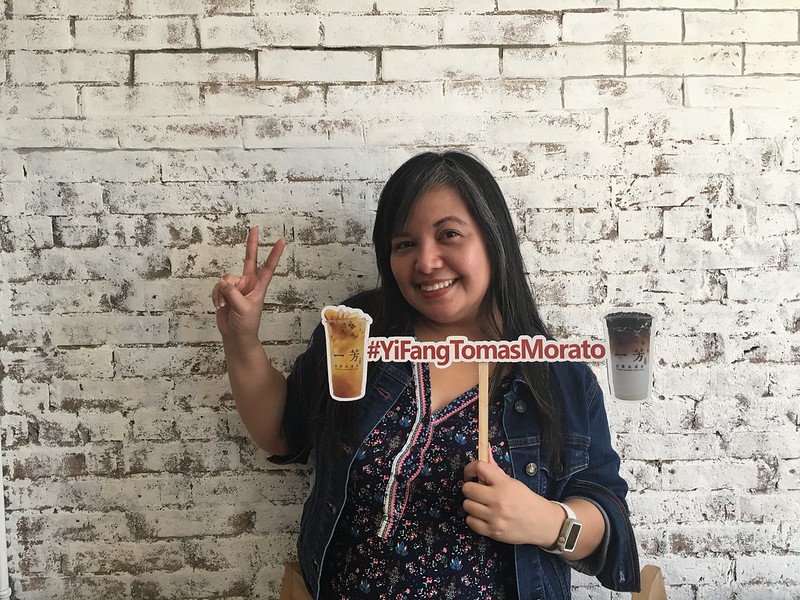 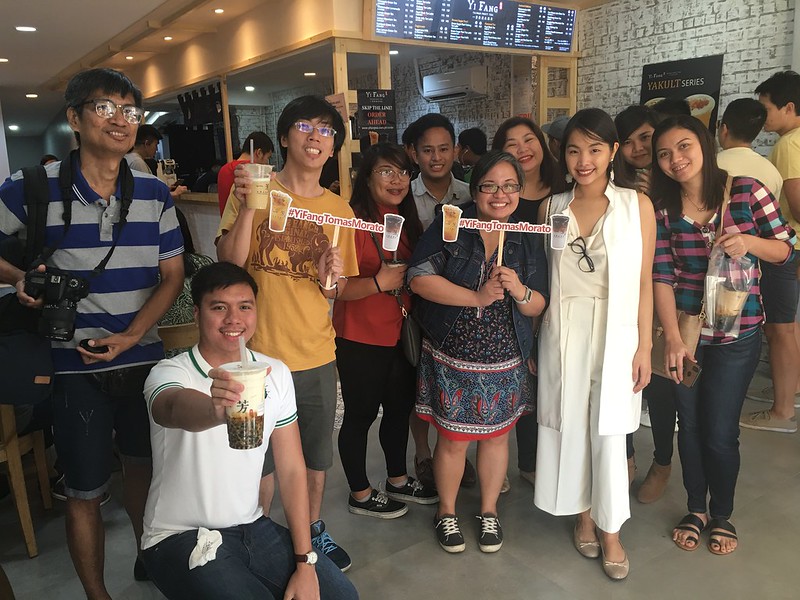 Taiwan is the birthplace of the milk tea. It was invented in Tainan and Taichung in the 1980s where it was dubbed the boba milk tea. Years later, fruit flavors are incorporated into the drinks, giving rise to fruit teas. 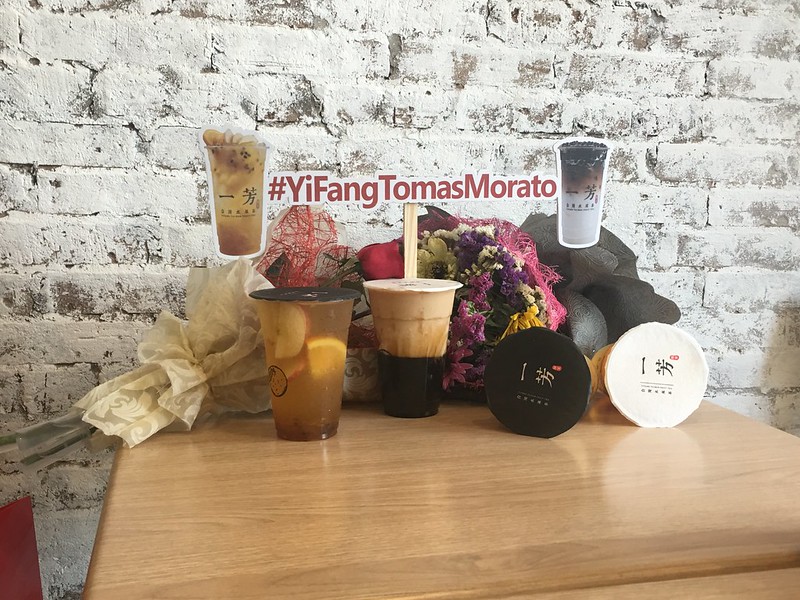 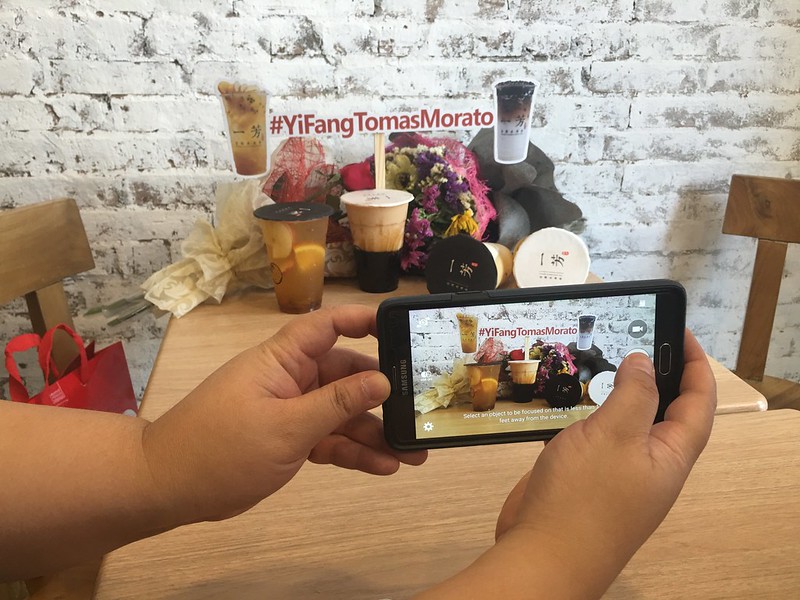 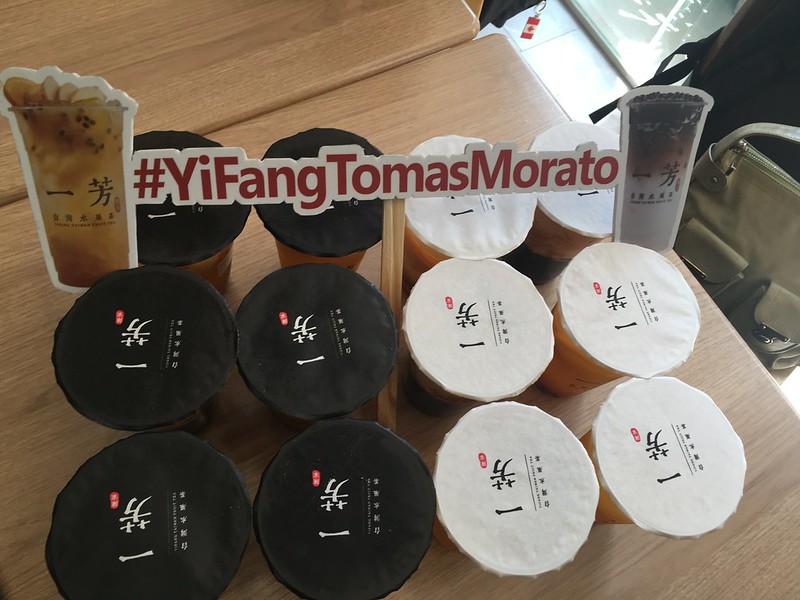 Yi Fang had its roots in the early 20th century Taiwan during the Japanese occupation of the country. Chen-Jen, developed cold drinks from overripe pineapples so that her husband working in the fields will have something to soothe his thirst. Chen-Jen´s nickname is Yi Fang, a name which her grandson adopted as the brand which inherited her fruit tea recipes and methods. 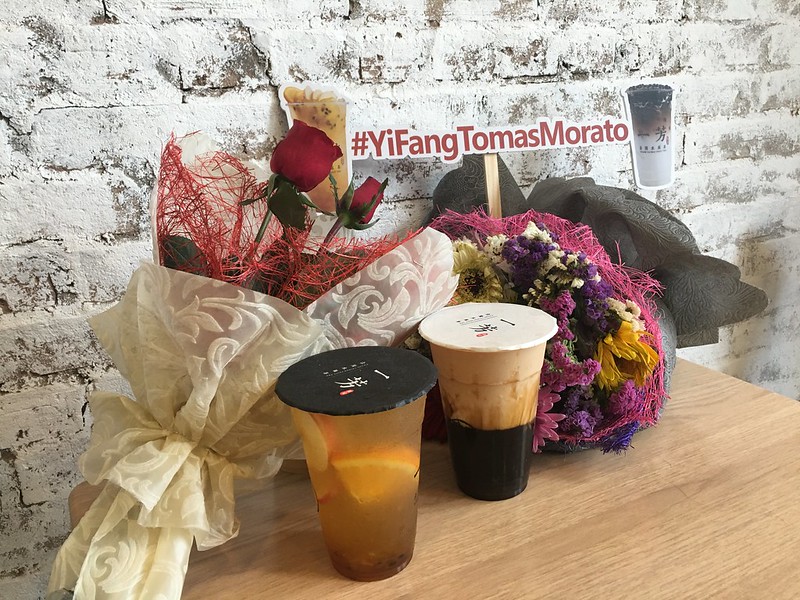 Yi Fang is notable for its brown sugar pearls – tapioca balls cooked and served in brown sugar syrup. These chewy and yummy pearls give the concoctions such as the Brown Sugar Pearl Tea Latte (Php120) a sweet and somewhat toasty taste. 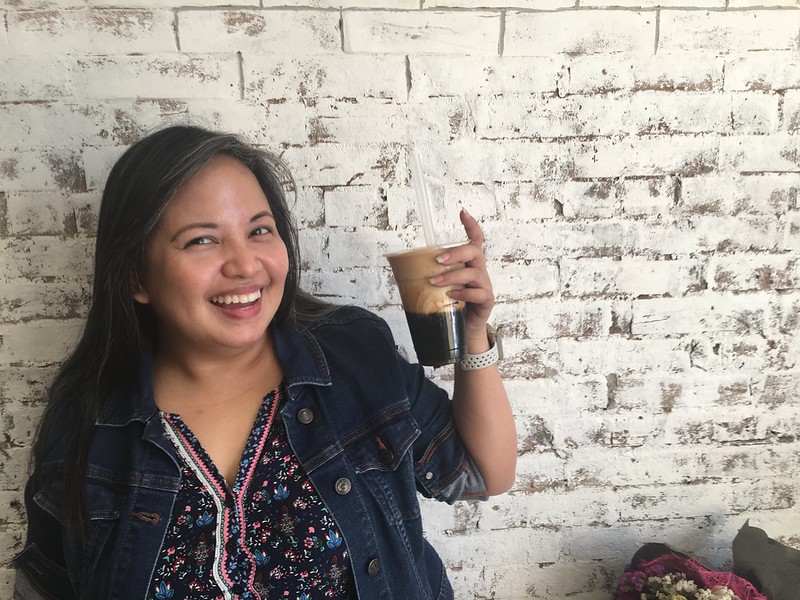 It has also innovated on its tea mixtures through its Yakult series, drinks enriched in both nutrition and flavor with the probiotic milk beverage. The Yakult Pineapple Green Tea (Php120), for example, benefits from an added tanginess and creamy mouthfeel. 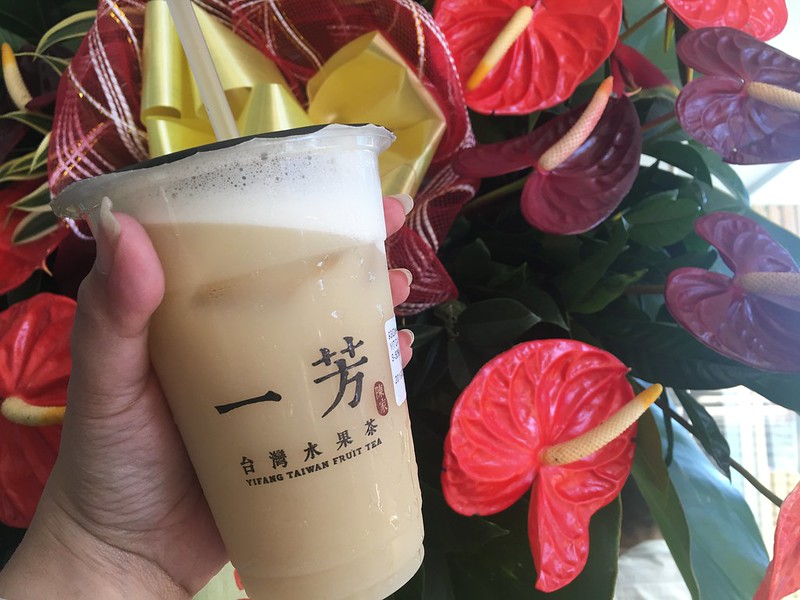 Want to skip the hassle and the long lines? Order online and just arrange for a quick pickup anytime from 11am to 11pm. You may also course your order through Honestbee or Grab Food Delivery.

Update: I recently joined my officemates in ordering a Brown Sugar Pearl Milk Tea (Php120) via Grab Food Delivery. I loved its creamy milk tea and chewy black pearls. Sugar level at 50% is just right because the brown sugar syrup is quite sweet already.

Other Yi Fang Taiwan Fruit Tea outlets in the metro include:

Disclosure: Together with other food bloggers of #WeLoveToEatPH, I was invited to attend this resto’s grand opening wherein drink items were served to allow us to sample the fare. These were not paid for by the attendees, including myself.

My love for Korean food is well-documented in this blog and in my social media accounts.  This love has only been further stoked when, urged by my husband and daughter who are both K-drama fanatics, I started watching Goblin.  Everytime I see Gong Yoo, Lee Dong Wook and Kim Go-Eun either wolfing down or sedately eating samgyeopsals or ramyuns, I would find myself near to salivating.

I was happy to discover this Korean chicken-and-beer joint located at SM Megamall during a recent Zomato Foodie Meetup.

Named after the upscale district in Seoul made famous by Psy’s earworm of a song, the place had a lively and informal vibe, with playfully designed interiors (check out those rubber chickens!) and K-pop music videos playing in the background (yes, including songs from Goblin OST). Gangnam Wings is well-suited to the after-office crowd who will be craving for their chimaeks (chicken and beer) after a day’s work.

This resto is well-known for its authentic Korean fried chicken: crispy skin and tender juicy meat enhanced by distinct sauce coatings. Even its dishes have that playful vibe with its most popular orders named (not surprisingly) after famous Korean dramas: Goblin Wings (Php280 for half dozen pieces), which is a combo of three sauces – the Original Crispy, Garlic Soya, and the Sweet and Spicy – Php280; and Descendants of the Chicken (Php548 for ten pieces), which consist of any 2 combinations of sauces from Korean Buffalo, Korean Barbecue, Honey Garlic, Soya Yogurt and Spicy Asian.  These sauces indeed have distinct flavors but, surprisingly, I liked them all, even the Korean Buffalo which was quite spicy.

I would recommend pairing the chicken with Beef Bulgogi Fries (Php298).  These consist of thick fried potato wedges topped with beef bulgogi bits, aromatic herbs and a special mayonnaise.

A surprising piece de resistance is the Ginseng Chicken (sorry, I didn’t get the price :-)).  A whole spring chicken is boiled, together with herbs and seasonings, for an hour with rice inside, such that the rice cooks while inside the chicken.  The closest it comes to texture and flavor is the arroz caldo but with significantly less rice and a lot more falling-off-the-bone chicken.

For dessert, we had Rockmelon Bingsu (Php280), shaved ice with melon balls served in the melon shell and topped with a big dollop of vanilla ice cream.  I can imagine myself eating this with my kids to ward off the summer heat in the near future.

I also sampled two of its Sojuritas (soju cocktails): the Watermelon Soju (Php688)and the Yakult Soju (Php248).  Both were refreshing drinks with a little kick but I had to stop myself at two shots apiece as I still had to drive myself home.  (By the way, I much preferred the tangy sweetness of the Yakult Soju, but then again, I was never a big fan of watermelon anyway.)

Currently, all of these Korean barbecue sets will be composed of unmarinated meats but marinated variants are being considered for future offerings.

A concern that was raised was the absence of exhaust pipes to suck out the smoke from the cooking meats on the dining tables.  Surely, the lunch crowd will not appreciate smelling like inihaw when they get back to their offices after their meal break.  Owner Rinky Tuano assured us that this concern has been considered and will be addressed by air conditioning and the exhaust in the kitchen.

At the request of Gangnam Wings, this post was updated to reflect the new pricing of the Samgyeopsal Sets.