Filipino cuisine is full of Spanish influences, no doubt owing to the more than 300 years of Spanish colonization of the Philippines.

One of its legacies is Callos, a hearty stew made with ox tripe, ox feet, Spanish sausage chorizo de bilbao, chick peas and peppers, slow-cooked in an herb- and spice-infused tomato sauce.

Callos’ roots go all the way back to Callos ala Madrilena, which, similar to many stews of this style, actually had humble origins.  In fifteenth century Europe, tripe was quite inexpensive, making it quite accessible to the more common folk.  It does require intensive cleaning and a long cooking time, making it quite impractical for today’s home cooks and working moms to make.

Fortunately, Mr. Cochinillo, the man and the establishment behind the succulent roasted baby pigs known as cochinillos del cielo, offers Callos among other items in his for-pick-up menu.  The callos is vacuum-packed prior to freezing: by removing air from its storage bag preserves the color, texture and flavor of the dish. 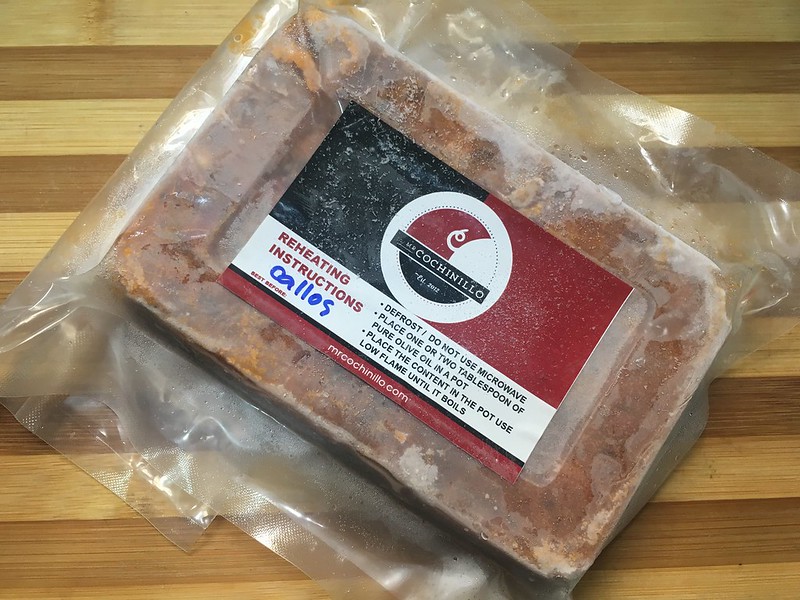 Mr. Cochinillo does have strict instructions on reheating his callos so you can enjoy it at home: 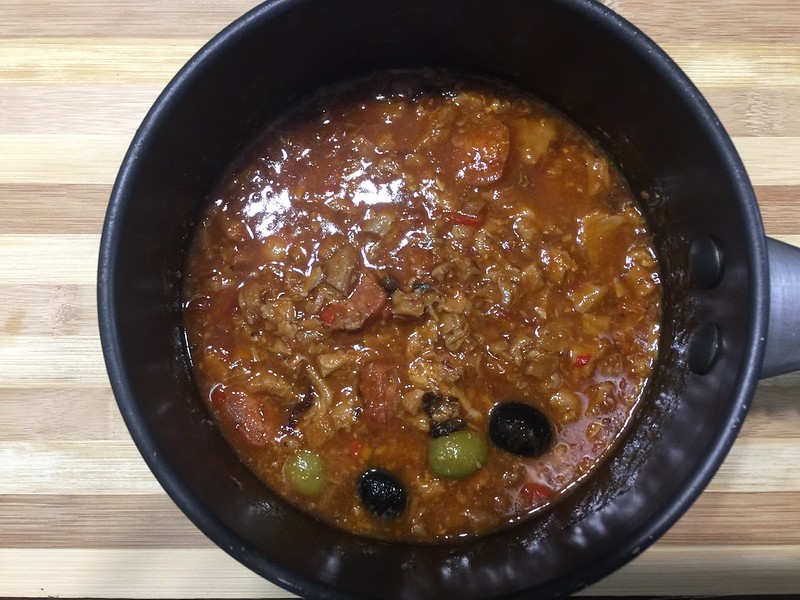 Other frozen, vaccum-packed items available from Mr. Cochinillo include:

To order your Callos from Mr. Cochinillo:

Disclosure: I received the package of frozen Callos as a giveaway when I attended the Bloggers’ Night hosted by Mr. Cochinillo.