While the lechon (roast pig) is a staple in many Filipino gatherings, few might know that there is a version of this delicacy that originated from Segovia, Spain.  The Cochinillo del Cielo, characterized by crispy light golden-brown skin and buttery, falling-off-the-bone meat, is a piglet that is roasted after feeding on sow’s milk from two to six weeks.  The true test to a good cochinillo is that it is so tender, it can easily sliced by a delicate porcelain plate.

Mr. Cochinillo is the brand created by former DJ-turned-photographer-turned-business owner Tinee de Guzman for his roasted suckling pigs and other Spanish-influenced items on the menu. The pigs are roasted in brick ovens located right in his home.

It all started when a friend of his was considering renting a venue he owns for a party and he volunteered to cater it as well.  Among the dishes he claimed to be able to prepare, but actually hasn’t done so by then, is the cochinillo.  His friend ended up just ordering this dish.  Fortunately, he had a month leading to the party to learn and perfect his cochinillo recipe. 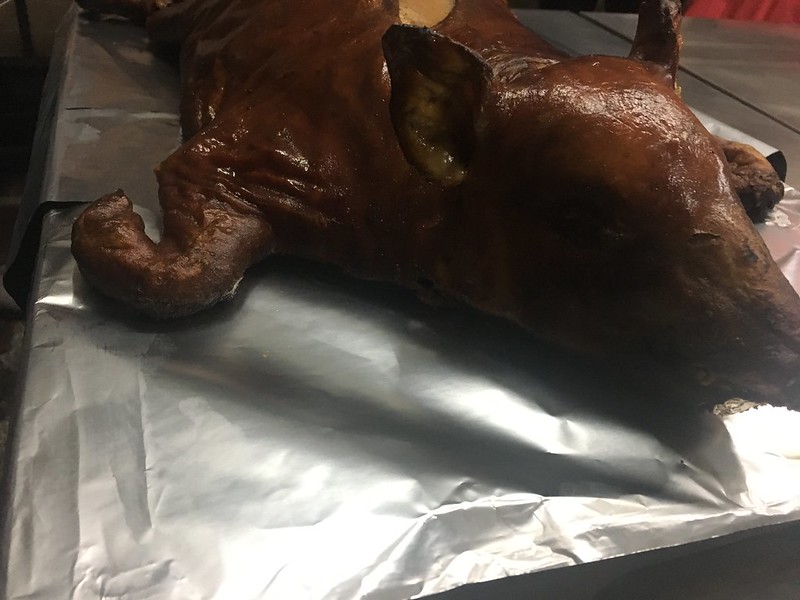 Tinee’s style of preparing cochinillo is no mean feat.  As he relayed to the chef his friend hired for the party: “To be able to prepare this, you have to have time, you have to do everything properly.  You have to clean it; you have to defrost it properly; you have to have it marinated before and after.  Your oven has to be at a perfect temperature.”

That amusing start to his cochinillo business was in October 2012.

Since then, his cochinillo has been garnering praise from publications and food pundits and the orders just kept coming in. 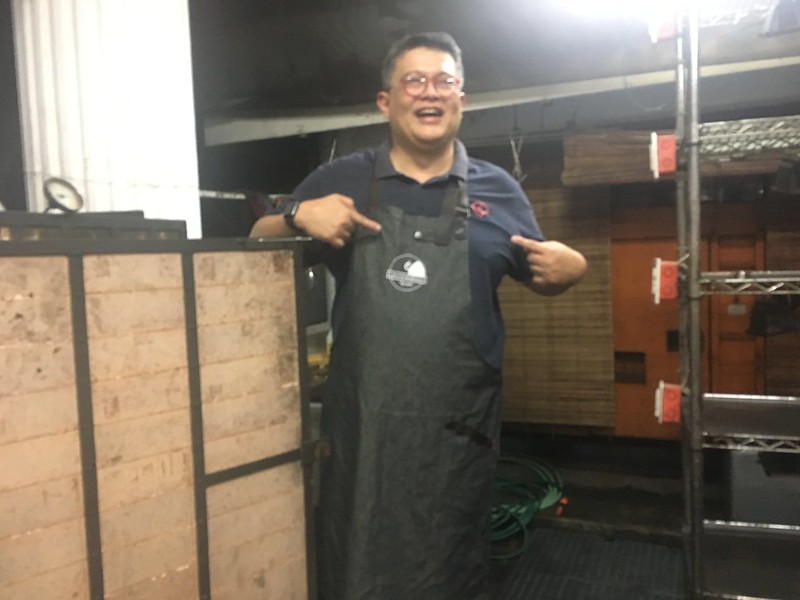 In a party he recently held for bloggers, he relayed how he expanded his repertoire with other Spanish-themed dishes, which we were also able to sample.  These included:

Seafood Fiduea/Fideo. A dish akin to paella but uses short noodles instead of rice, then cooked over a wood fire.

Fabada. Beans cooked over firewood and infused with his signature boneless Cochinillo del Cielo, which we enjoyed together with garlic bread. 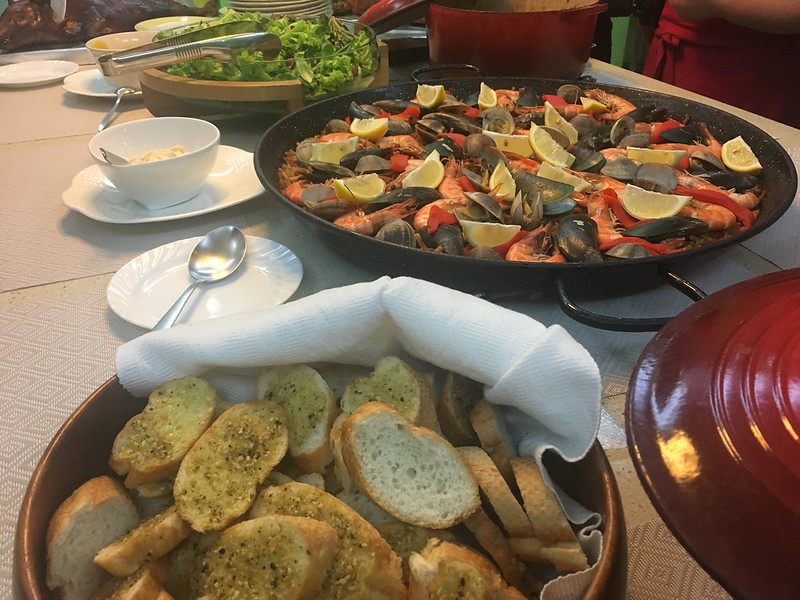 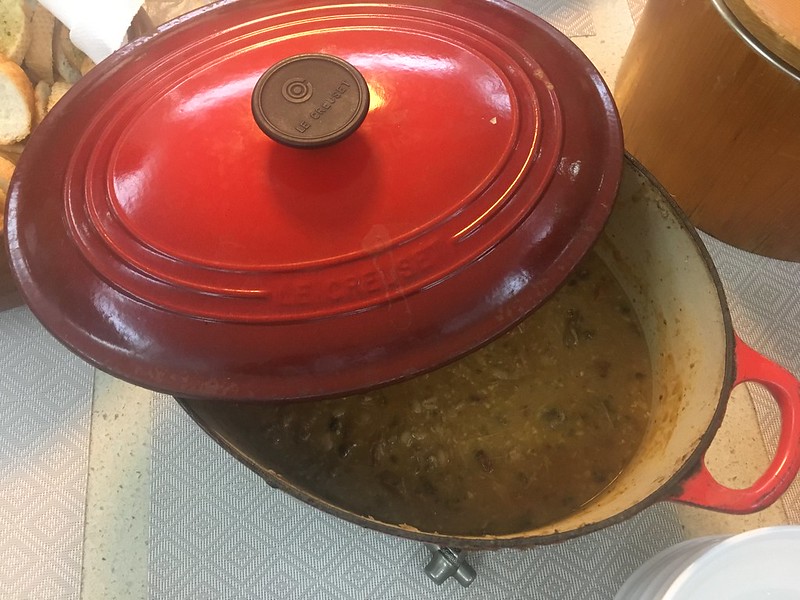 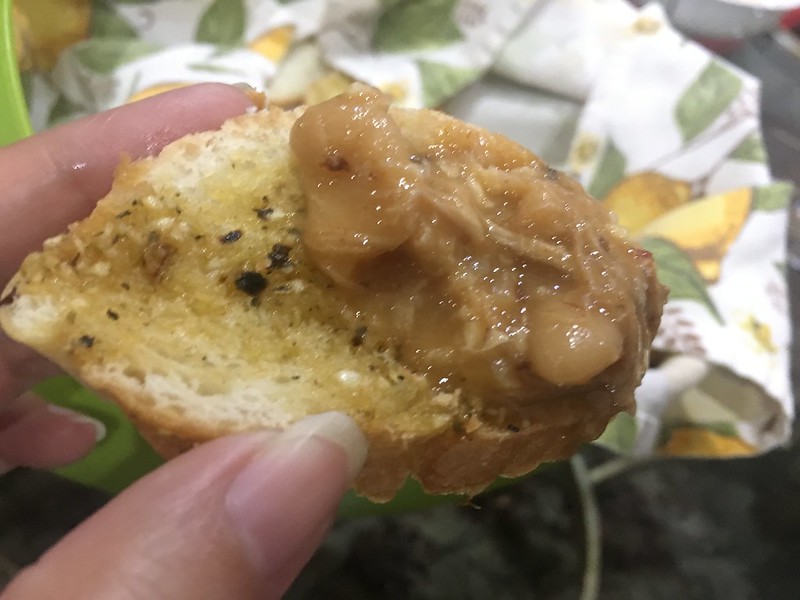 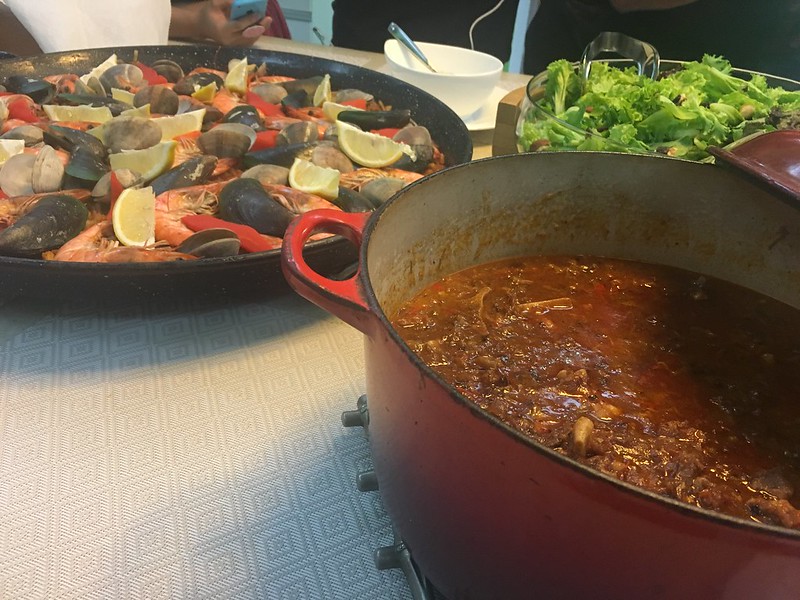 During this event, Tinee also unveiled his newest offering, the Cochinillo rubbed with Goose Oil which further enriches the flavor of the pig’s skin and meat. 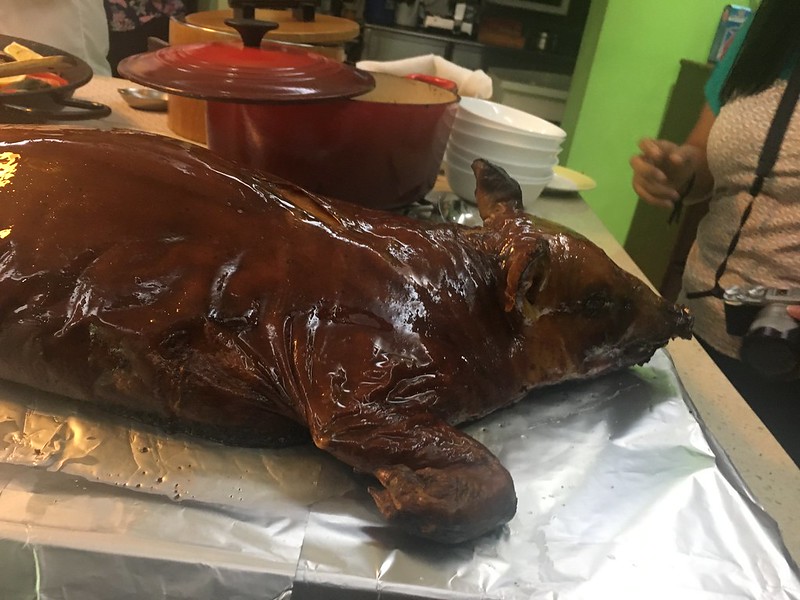 The dishes served gave a taste of the richness of Spanish cuisine which also called to mind many of the flavors we Filipinos grew up with and loved.

The following menu items are all available for order at his online store – mrcochinillo.com.

(Note: Mr. Cochinillo has specific instructions on reheating these items, and does not recommend microwaving them.)

If you want to serve succulent cochinillos or any of the tasty dishes offered by Mr. Cochinillo at your family gathering this Christmas, it would be best to order as soon as possible.  Note as well that cochinillo orders for pick-up from December 1, 2018 to January 3, 2019 will have a surcharge of 10% (but it will be so worth it!). 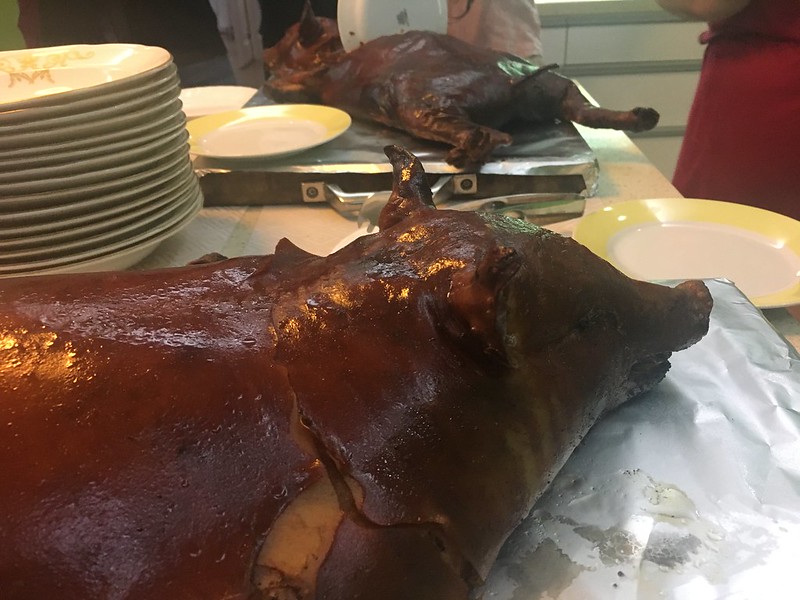 Disclosure: I attended the Bloggers’ Night hosted by Mr. Cochinillo.  All the food items mentioned here were served to allow us to sample the fare and were not paid for by the attendees, including myself.

4 thoughts on “Get the best cochinillo in town from Mr. Cochinillo”