The local and international music scene continues to evolve and thrive despite the limitations resulting from the global pandemic. In this post, I have listed the hottest news in music for the first month of 2021 for you music lovers to enjoy.

In 2020, Bryan Estepa released two new songs, continuing on from the success of his exceptional 2019 album Sometimes I Just Don’t Know. The second of those singles, ‘Admit Now, Pay Later’, received a video premiere on Rolling Stone Australia, was featured on NME Australia and had strong national radio airplay – including selection as one of the featured Singles of the Week on 2ser FM in Sydney. Now the Sydney-based Filipino songwriter reveals the second of his collaborative efforts with multi ARIA and APRA award-winning Australian songwriter Josh Pyke.

Estepa has always had an undeniable ear for hooks. Combined with classic pop and rock arrangements, (like his heroes You Am I, The Beatles and Wilco) his songs always possess a timeless quality. He’s proved it over and over again across six acclaimed albums and live shows in Australia, Japan, the USA, UK, Spain, Sweden and the Philippines.

On ‘Trick of the Light’, Estepa combines heavenly melodies and a melancholic air on this irresistible slice of indie guitar pop, singing about acceptance, letting go and allowing yourself to feel whatever it is that comes out while you’re treading new waters. As always with his songwriting, there are layered poetic brushstrokes in the way Estepa blends and informs his songs with multiple meanings, as he explains. “I also like the idea that the presence of light does not necessarily signal happiness or life but can also mean that emotions and perception can be blurred by its appearance.”

Working with Pyke, Estepa was impressed with the producer’s instinct and ability to enhance the inherent strengths of Estepa’s songs. “It’s exciting watching Josh work! You sense that his creative light is always on and he needs to get his ideas out quickly before it starts to flicker. He takes on what I think the song’s direction might be but adds a couple of detours that are normally right on the money.”

Pyke is quick to reciprocate the praise. “Bryan’s a great writer and collaborator. He’s got a classic pop sensibility but is really open to feedback and experimentation which made my job as producer really fun and free.”

Sonically, there’s a beautiful weightlessness to the production and instrumentation that gracefully carries the song. Guitars sparkle and lightly jangle amid some sublime piano, backing vocals and percussive elements that add unique detailing to the melodic richness of the track.

ZAYN scores another No.1 album in the Philippines with ‘Nobody Is Listening’ 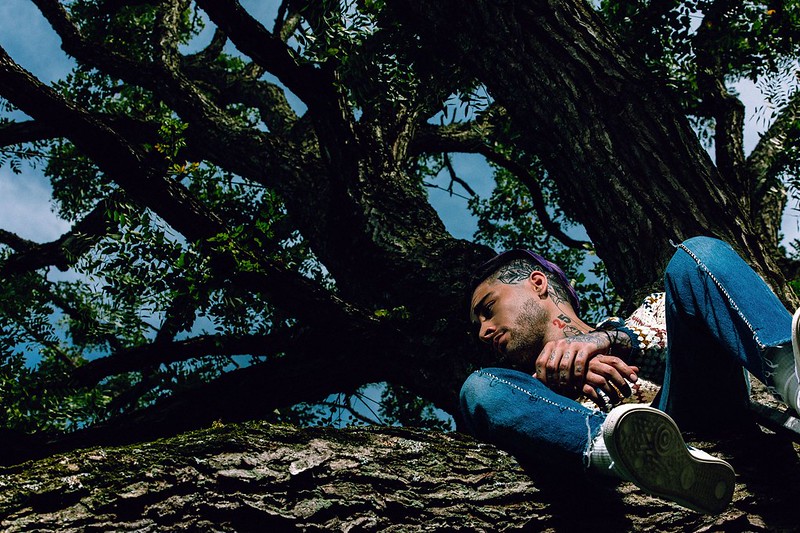 ZAYN’s third studio release Nobody is Listening makes history once again as it debuts at No. 1 on iTunes Philippines Top 100 albums chart a few hours after its release. Co-written by ZAYN, the project highlights his R&B influences and showcases deeply personal lyrics. Nobody is Listening sees ZAYN in complete creative control, from designing the album cover art to his sound, he has created a moment in music that is all his own.

The album contains the previously released singles “Vibez” and “Better,” both of which were embraced by fans and critics alike, with Wonderland proclaiming ZAYN was here to “save 2021” with the release of “Vibez” and Billboard calling “Better” a “straightforward R&B track, expressing love in spite of disagreement and designed to showcase one of the most skilled voices in modern pop.” The latter single has accrued over 105 million streams across all platforms, and upon release the video received a half a million views in the first 10 minutes.

ZAYN’s critically acclaimed debut album Mind of Mine saw him become the first male solo artist in the world to simultaneously chart at #1 on the UK and US album charts in the first week of release. The album’s lead single “Pillowtalk” hit #1 in 68 countries around the world and was recently included in Billboard’s “Songs That Defined the Decade” list.

His follow up, Icarus Falls, captivated fans and garnered over 5 billion worldwide streams across all platforms in less than a year, a staggering feat for any artist. Alongside his solo success, ZAYN has also collaborated with a variety of artists, including Taylor Swift and SIA and most recently lent his vocals on “Trampoline” with Shaed, which received an iHeart Music Award for “Best Remix.” Alongside building a reputation as a world class music artist, ZAYN has become one of music’s biggest fashion icons. He has graced the cover of every major magazine from Highsnobiety to Vogue. In addition to being named “Most Stylish Man” at the GQ Man of the Year awards, he also was awarded “New Artist of the Year” at the American Music Awards and “Top New Artist” at the Billboard Music Awards. Nobody is Listening was released via RCA Records.

After the global success of their maiden collab smash, Acclaimed pop sensation MAX and SUGA of BTS are committed to redefining the top 40 landscape with the release of “Blueberry Eyes” remix, featuring breakthrough hip-hop star Lil Mosey and singer-songwriter Olivia O’Brien.

“Having Lil Mosey, the mastermind behind ‘Blueberry Faygo,’ add his story to ‘Blueberry Eyes’ felt too iconic not to create the ultimate blueberry hit song,” said MAX. “The cherry on top is getting to add the legendary voice of my friend Olivia O’Brien. I’m so excited for this final chapter of ‘Blueberry Eyes’ with my brother SUGA and honored to work with all of these incredible artists on this new version of the song.”

On the day of its release, MAX and Suga were featured on the cover of Apple Music’s New Music Daily playlist and the song went No.1 on iTunes in 66 countries as well as trended No. 1 worldwide on Twitter and No.1 on YouTube’s Video Hot List. “Blueberry Eyes” has also been featured on several of Spotify’s coveted playlists including Today’s Top Hits, Pop Rising and Mood Booster, to name but a few.

The song follows the release of MAX’s “Blueberry Eyes” feat. SUGA of BTS [Steve Aoki Remix], which has more than 5 million global streams and 2 million views on YouTube.

MAX has been labelled a “Young Pop God” by GQ and named a “top popstar to watch” by Billboard. Since the breakout success of his debut album ‘Hell’s Kitchen Angel’, he has garnered more than 1.2 billion streams and toured the world multiple times over. He yielded an inescapable smash with his 3x platinum hit “Lights Down Low,” which generated over half a billion streams globally, soared on the Billboard Hot 100, reached No. 7 at Top 40 radio and earned him an iHeartRadio Music Awards nomination for “Best New Pop Artist.” Most recently, MAX released his sophomore album ‘Colour Vision’ featuring his current single “Blueberry Eyes” feat. SUGA of BTS.

Ritt Momney’s “Put Your Records On,” now a hit in the Philippines!

Ritt Momney’s rework of Corinne Bailey Rae’s “Put Your Records On” is now a certified smash in the Philippines. The sleeper hit that catapulted the 21-year-old producer and singer-songwriter into global fame, has now reached a top 10 peak on Spotify Philippines’ Top 50 this week, and continues to impact mainstream radio stations such as Monster RX 93.1 (No. 8), 99.5 Play FM (No. 8), and more.

Jack Rutter, the man behind the Salt Lake City-based music project, is amazed by the attention that his take on the 2006 classic is receiving. “I didn’t expect the cover to be anything more than a fun little release in between albums,” he shares in a statement. “I was super surprised to see it taking off on TikTok. It’s been the coolest thing ever to see people from other countries enjoying it.”
The hip-hop-flavored, electro pop tune initially gained significant traction via online video platform, TikTok before it blew up on several music markets worldwide, including a top 10 placement on Australia and New Zealand’s official charts, and a No. 1 peak on Spotify US and Global Viral 50 charts late last year.

Released a few weeks ago, its music video finds Jack Rutter “imagining himself as a future pop star stuck in a psychedelic dreamscape.”

Ritt Momney’s version stays truthful to the pop sensibility of Corinne Bailey Rae’s hit record, but his trademark lo-fi production somehow gives the track a fresh, contemporary spin. “I really didn’t change much, and I think it’s really important to remember that what makes it good is the songwriting that Corinne and her co-writers did on the track,” says the multi-talented crossover act. “I may have modernized it a bit, but I hope people don’t give me too much credit for that.”

Corinne Bailey Rae, the original artist behind the soulful track, gave Ritt Momney her blessing in an intimate Zoom chat sometime last year. Like Ritt Momney, her original version became a huge hit when it first came out, peaking at No. 2 in the UK Singles Chart, and becoming a staple in several singing shows across the globe.

Details and images were provided in recent press releases.