Seven years after Earth’s mightiest heroes assembled in one epic movie in Avengers, band together again against another global threat in Avengers: Age of Ultron and were then left to face the aftermath of The Decimation at the end of Avengers: Infinity War, many of the team’s character arcs may be considered completed by the conclusion of Avengers: Endgame.

With this, I thought a review of characters’ initial appearances and growth over the course of the franchise quite fitting.

Warning: This post may contain spoilers on previous MCU movies, but no spoilers about Endgame. I promise.

So here’s what the original Avengers have gone through so far:

During his first appearance in Thor, he was a wise-cracking deadshot agent of SHIELD. In his later appearances, we learned that he was the one who decided against eliminating Black Widow and recruited her as a fellow SHIELD agent instead. Their shared adventures and strong bond outside the Avengers include the “Budapest Incident” and Nat’s familiarity with Clint’s wife and children.

Nat has certainly come a long way from her first outing as Black Widow in Iron Man 2 as a SHIELD operative under cover as Pepper Potts’ stunningly gorgeous assistant. Her kick-ass fighting ability was apparent from the get-go, but we got glimpses of her dark past such as her training as an assassin in the Red Room, her loyalty to Nick Fury and Steve Rogers as they revealed Hydra’s infiltration of SHIELD, as well as her budding romance with Bruce Banner which was cut short when Hulk decided against returning to the fold after the events of Age of Ultron.

Bruce Banner aka The Hulk

The Hulk’s origin stories were told in teo movies that came prior to the start of the Marvel Cinematic Universe, played on-screen by Eric Bana and Edward Norton, respectively. Throughout the movie franchise, Banner’s disdain for his alter-ego is apparent, referring to the Hulk as “the other guy,” and always seeking ways to suppress him. After serving as a gladiator in Sakaar, helping in the Battle of Asgard in Thor: Ragnarok, he was soundly defeated by Thanos at the start of Infinity War, owing to Thanos’ possession of the Power Stone. The Hulk has since then refused to join the fray in succeeding battles, explained by the Russo brothers as stemming from his resentment of Bruce Banner, and how he is disdained despite always being called upon the save the day.

The favored son of the Norse god Odin Allfather, Thor has experienced epic losses in the course of the films such as the death of his mother in Thor: The Dark World, the death of his father and the destruction of his home Asgard in Thor: Ragnarok, and the death of his adoptive brother Loki at the start of Infinity War. Throughout the franchise, he has displayed his earnestness and tenacity; despite being left for dead by Thanos, he pursued the forging of a weapon capable of defeating the Mad Titan.

Considered the First Avenger, Steve is the “man out of time.” Woken up from decades of cryostasis into modern times, his struggle is to find his place in today’s world after losing most of the people from his past.

The man who started the MCU, Tony Stark dealt with his father’s death and legacy, the consequences of his billion-dollar empire built on weapons manufacturing and his self-assumed responsibility to protect the Earth from all possible threats.

I’ve just gotten home from watching the movie and I can say that it ended well. To avoid spoiling it for those who haven’t watched it yet, I won’t write about how these character arcs played out in Endgame. Instead, I’ll update this post after a week, which will also give me some time to digest the experience.

For over a decade, the Avengers have been a part of my life, taking me along on their adventures and letting me peek into their family. For me, the Avengers saga is not just superhero movies: it is comprised of stories about love, family, friendship, sacrifice and hope. 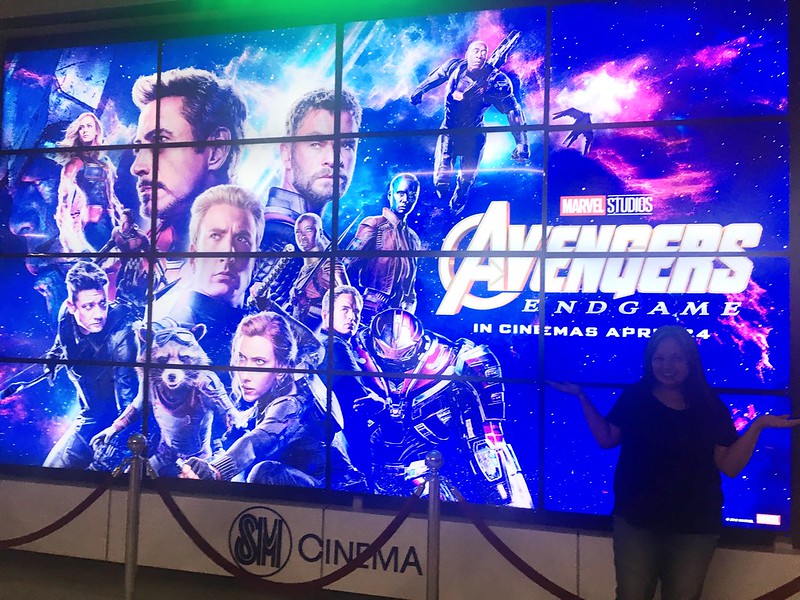 I’m happy to be alive at a time when a movie based on comic books can have such an impact, not just on pop culture, but on me personally as well.

Relive the adventures of the Avengers by streaming the MCU movies on your mobile device. Join Amazon Prime, to have unlimited access to shows and movies which include:

Not yet an Amazon Prime member?

Sign up for a 30-day free trial today and get access to all the perks for members such as: