The battle for supremacy among Korean barbecue joints rages on and Geonbae Modern Korean Bar and Grill puts up quite a fight.

Considering my affinity towards K-BBQ, it’s ironic that my foray here was by accident. My coworkers and I were planning to go to another restaurant nearby which happened to be closed for lunch on that day.

We scouted the area for another place to eat and found ourselves walking to Geonbae.

The restaurant’s name was coined from the Korean term for “cheers” or “bottom’s up.” From its dimly lit interiors with spotlights on the grill and the vibrantly colorful accent decor, Geonbae presents itself as a hip n’ happenin’ place for friends to hang out together while indulging their cravings for Korean barbecue. 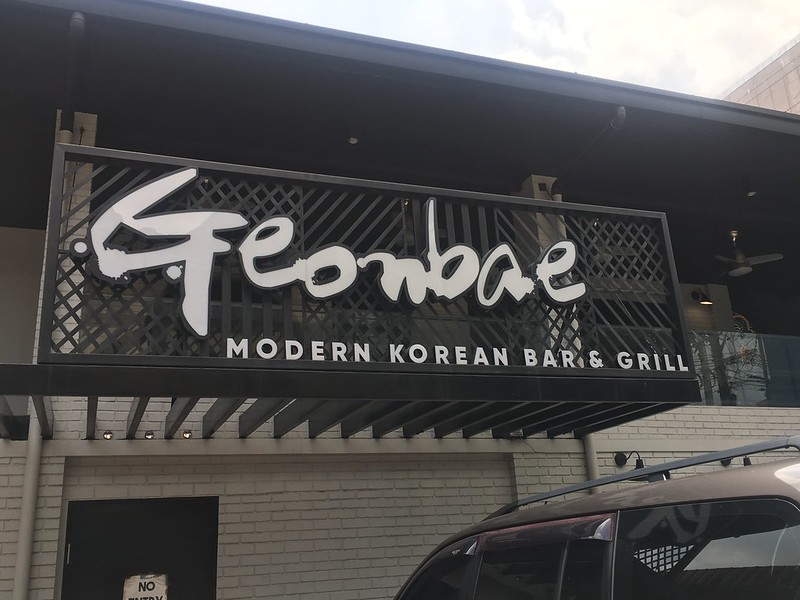 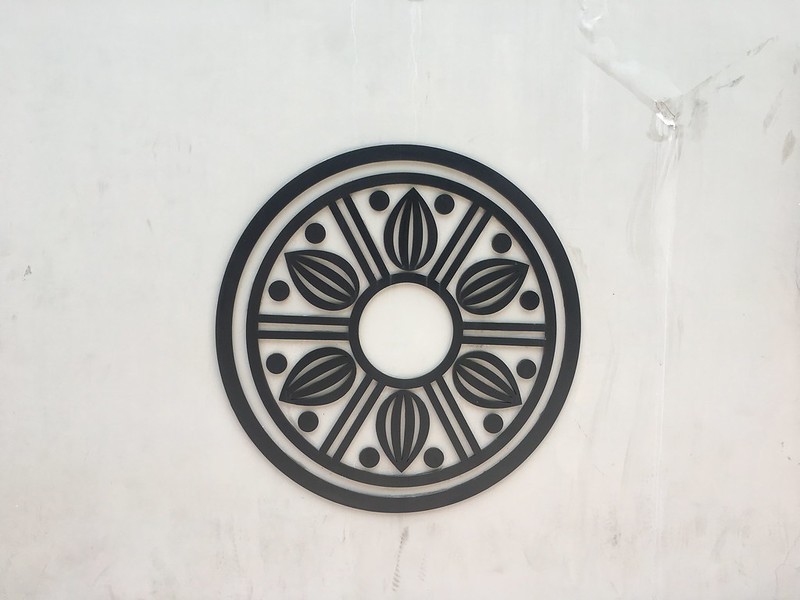 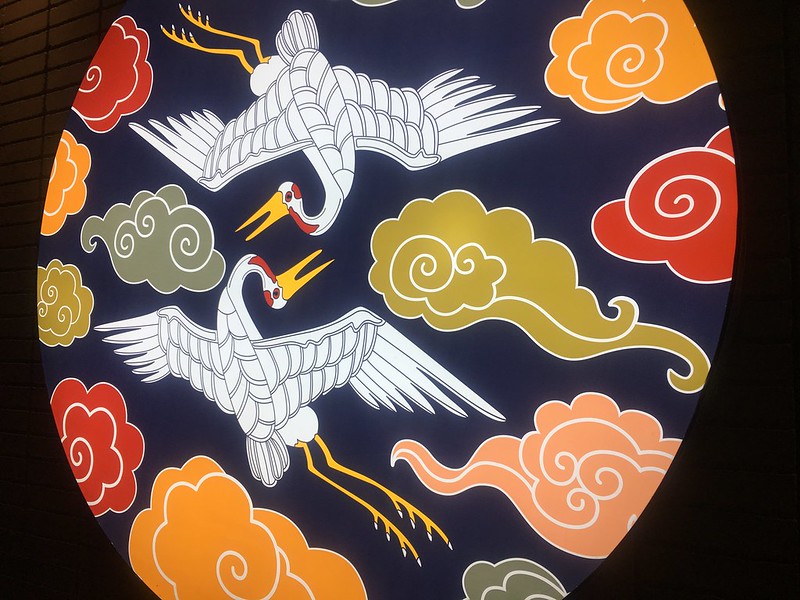 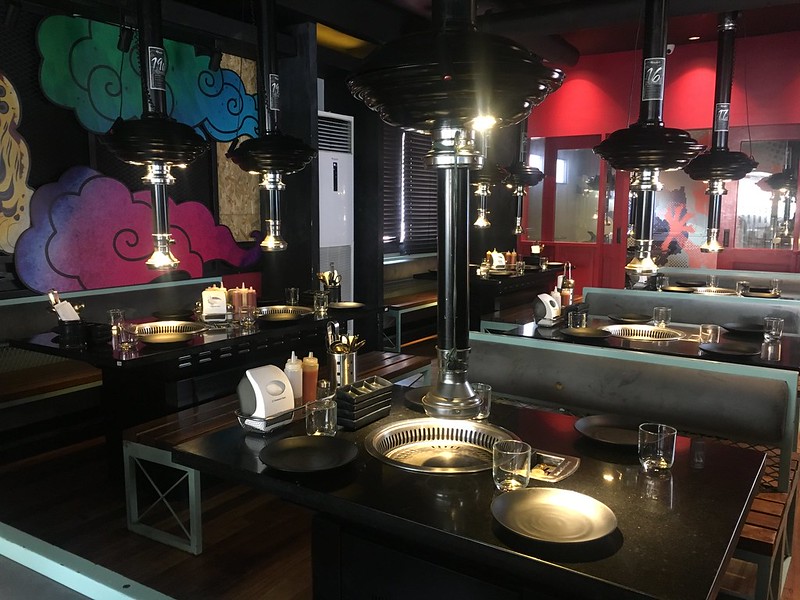 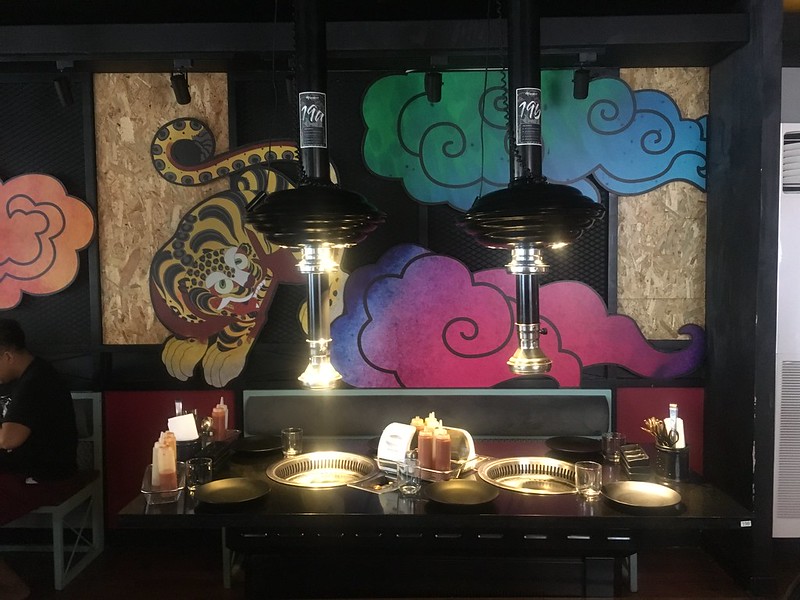 Given our brief lunch hour, we decided to just go for Geonbae’s Php499 package which include unlimited refills of meats such as samgyeopsal (plain, spicy yakiniku, ginger, gochujang), smoked pork belly, spicy yakiniku pork ribs, spicy yakiniku moksal, herb pork jowl, pork bulgogi, pork intestine, sausage, woosamgyeop (plain, oyster, gochujang) and ginger chicken breast. To be honest, the sheer number of meats was already quite overwhelming and we found ourselves gravitating towards tried-and-true variants such as plain samgyeopsal and woosamgyeop. 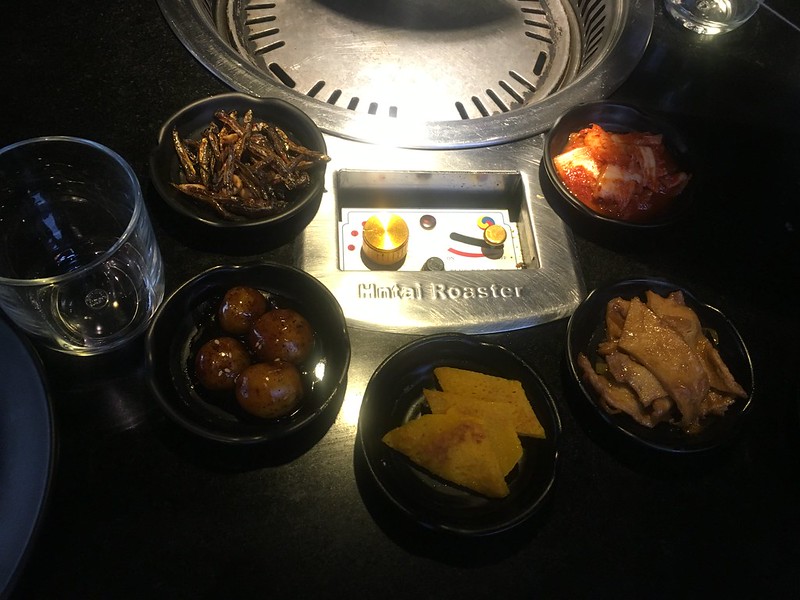 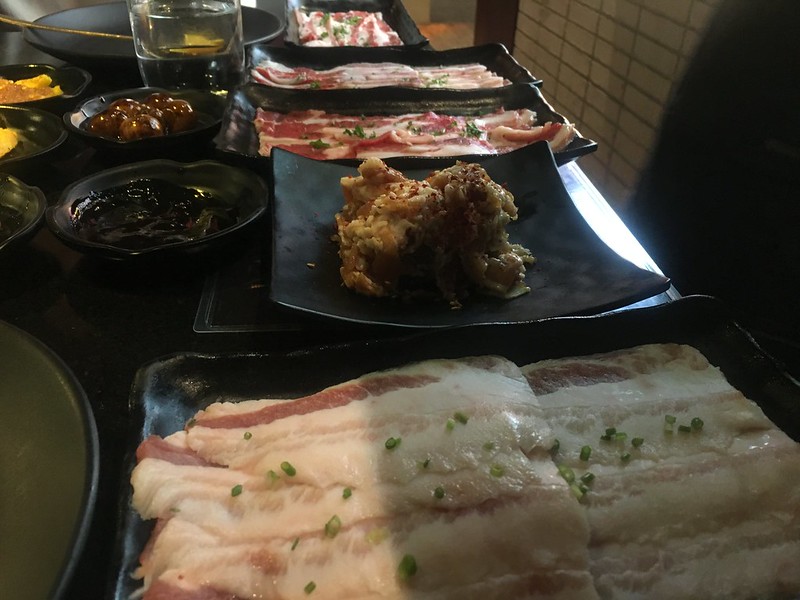 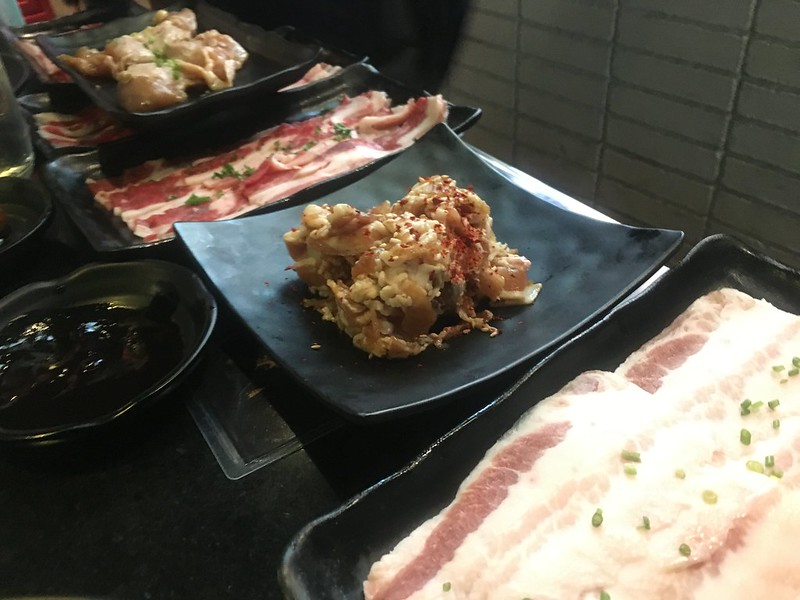 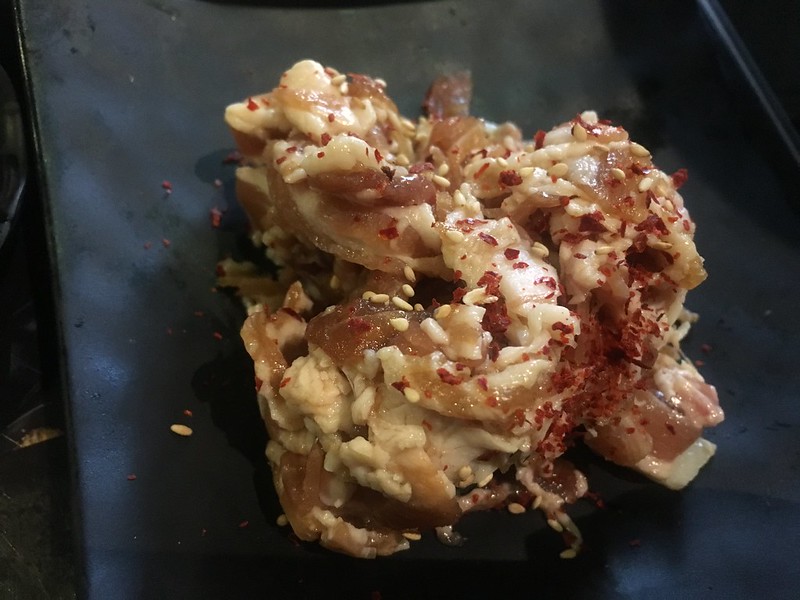 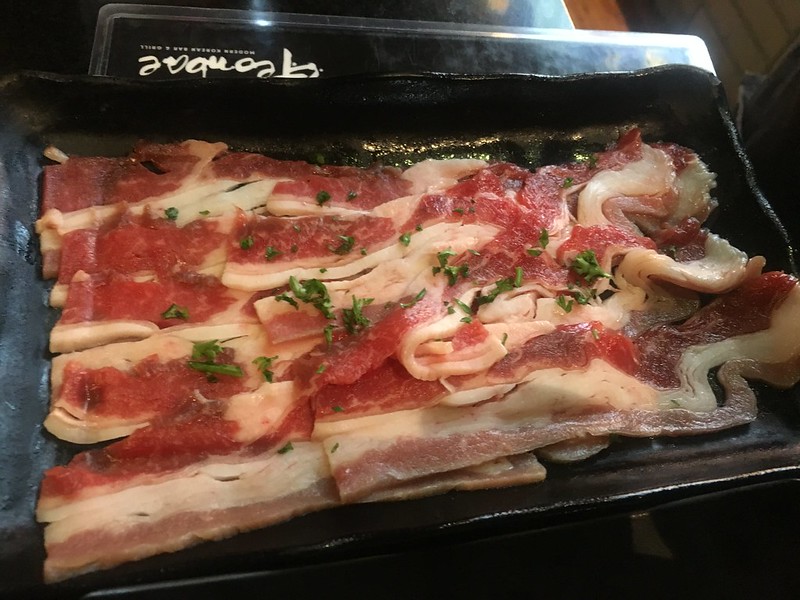 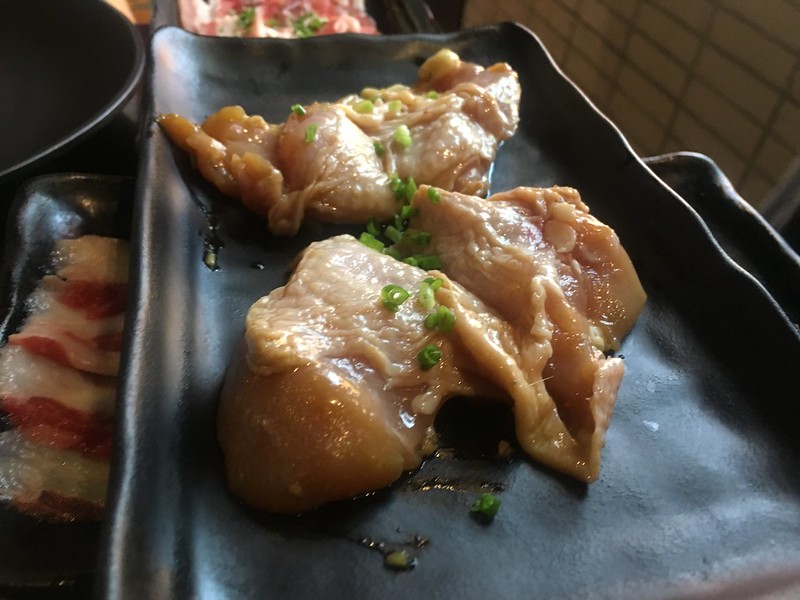 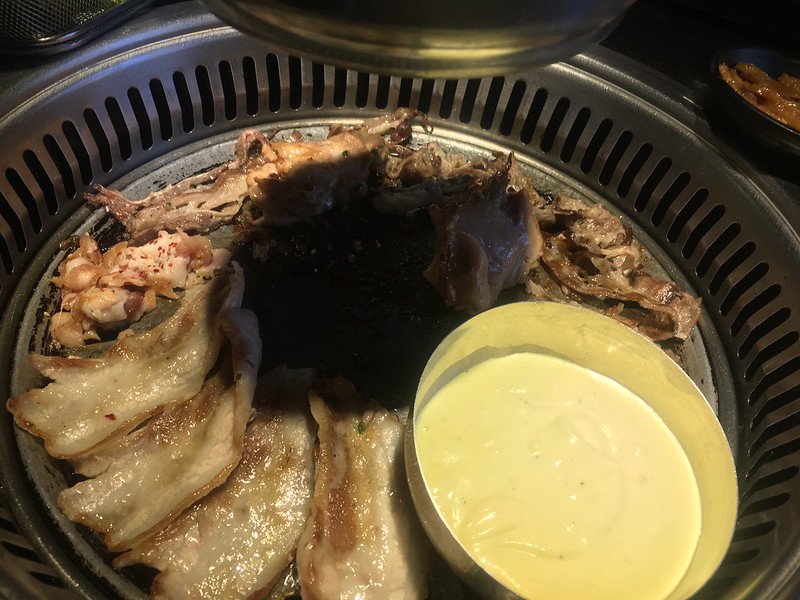 The package also includes unlimited refills of banchans such as fried and steamed mandu, fried takoyaki and kimchi, as well as soup, rice and cheese. 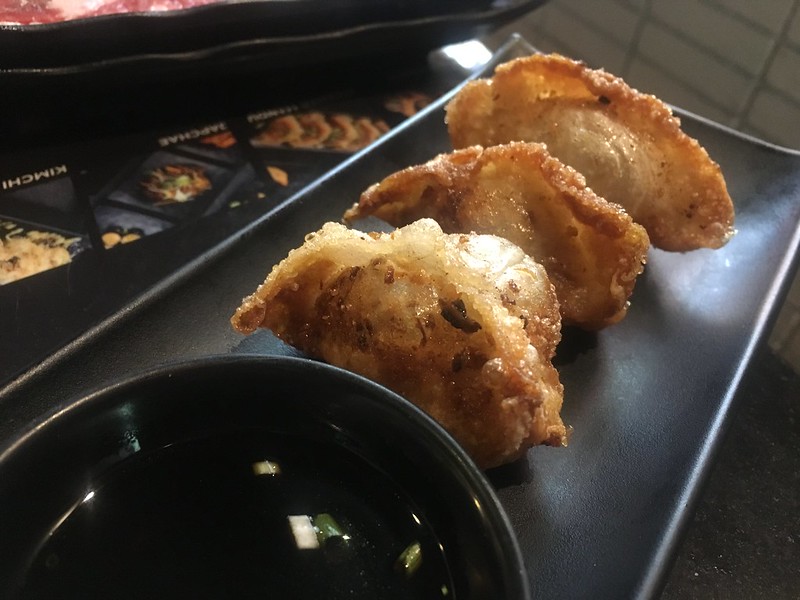 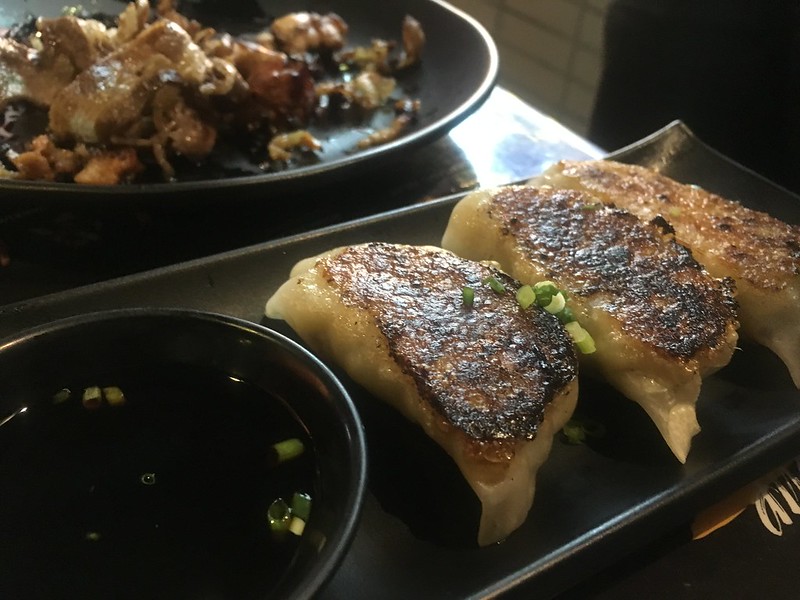 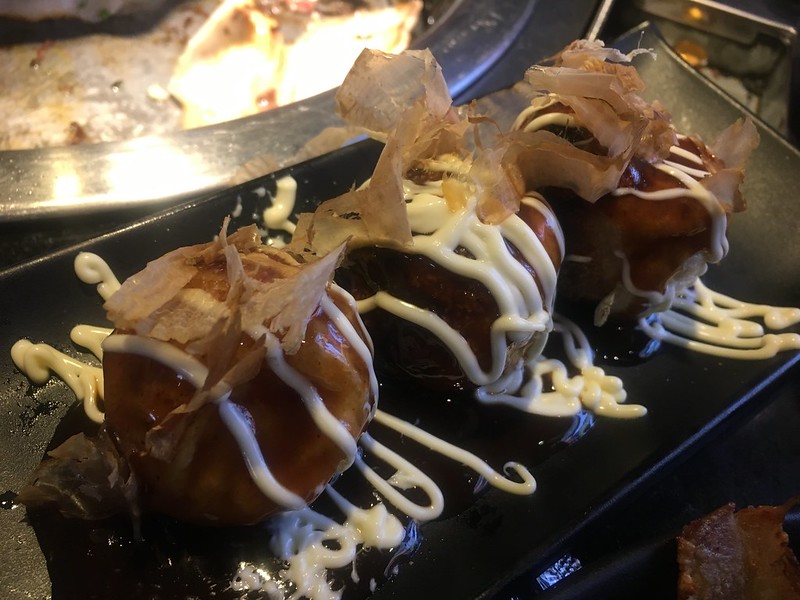 I just have to say: Geonbae really holds up well in comparison to other Korean barbecue joints in the area in terms of ambiance, variety of offerings and value for money. It also does well when it comes to service: the dishes are served and refill requests are seen to quite promptly.

And since my coworkers and I availed of a Booky Prime privilege that gave us a Buy 3 Get 1 deal on our meal, we ended up paying leas than Php420 each for our meal. Not bad, huh? 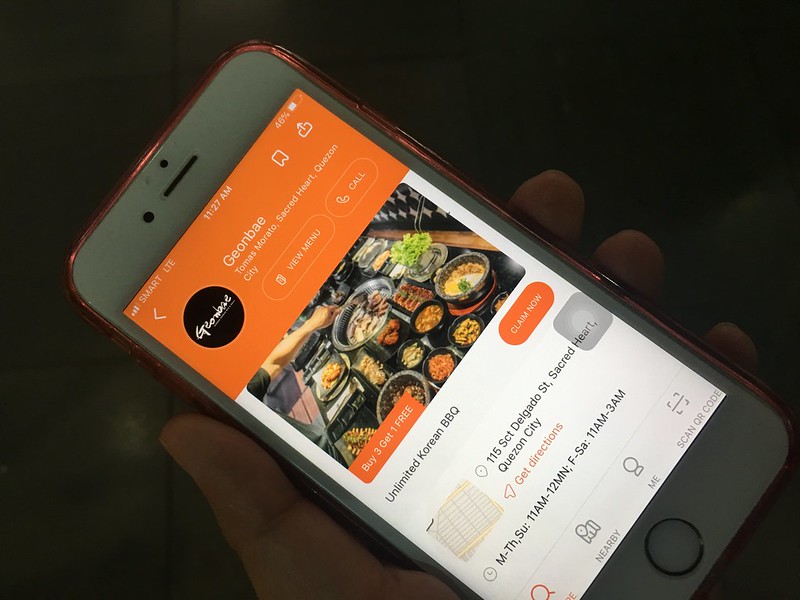 This Geonbae Modern Korean Bar and Grill branch is located at 115 Scout Delgado Street, Bgy. Sacred Heart, Quezon City, open daily from 11am to 10pm. For inquiries and reservations, call +63 2 4298549.