Momshies, did you know that red velvet cake is actually made with cocoa, making it, in essence, chocolate cake? 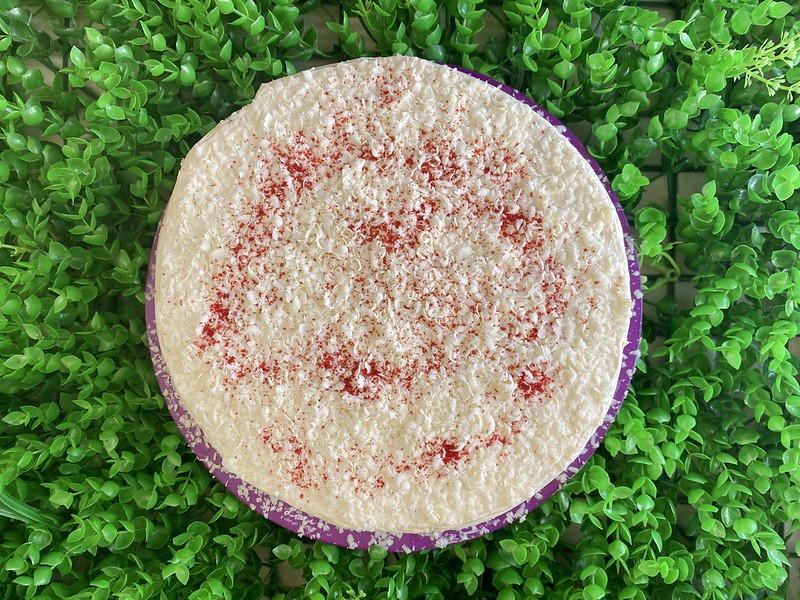 It’s a classic dessert favorite in the Southern US states, said to have originated in Maryland in the early 20th century. It gained the moniker “velvet” cake for having soft and velvety crumbs as opposed to its coarser crumb contemporaries.

During the food rationing of World War II, bakers started adding boiled beetroot to their cake ingredients to help them retain moisture and its juices to add color to their creations.

I was recently gifted by a fellow momshie with a whole Red Velvet Cake from Lia’s Cakes in Season. 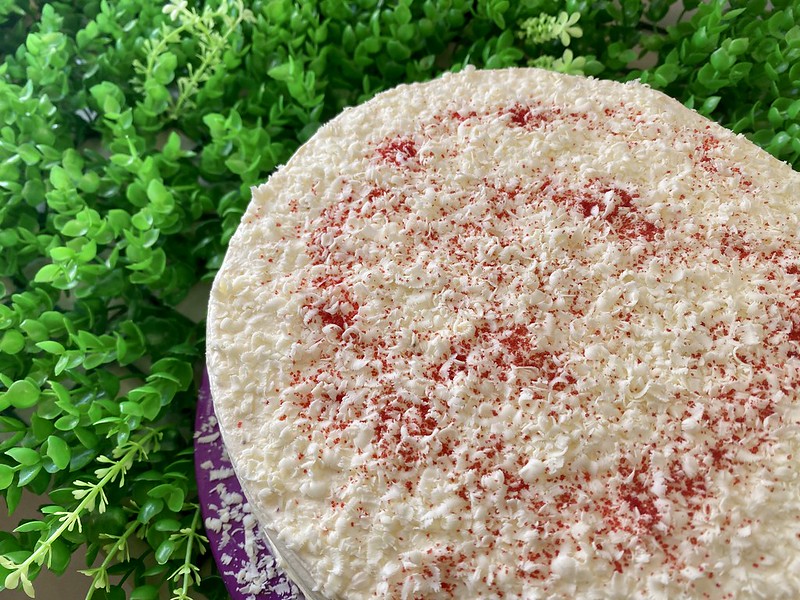 This dessert store is practically a landmark in the foodie haven of Kapitolyo in Pasig City. Set up by young entrepreneur Carlo Carlos in 2004 to feature “fruits-to-cakes in season,” cakes and pastries that creatively incorporate the freshest fruits in season.

Its Red Velvet Cake (Php990 whole | Php140 per slice), however, is the store’s take on the classic fave. It consists of a moist chocolate cake (colored a deep red, of course), wrapped in a smooth buttercream icing and topped with crystal bits for added texture. 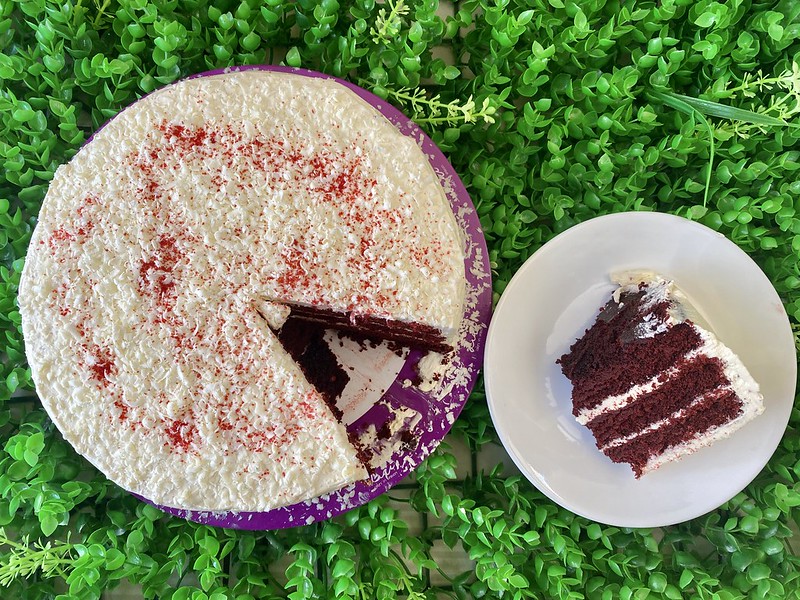 To get your hands on this decadent delight, order through Lia’s Cakes’ online store or call +63 917 6605427 (minimum order of Php850) for delivery to anywhere in Metro Manila. Delivery is free for website orders over Php2,000. 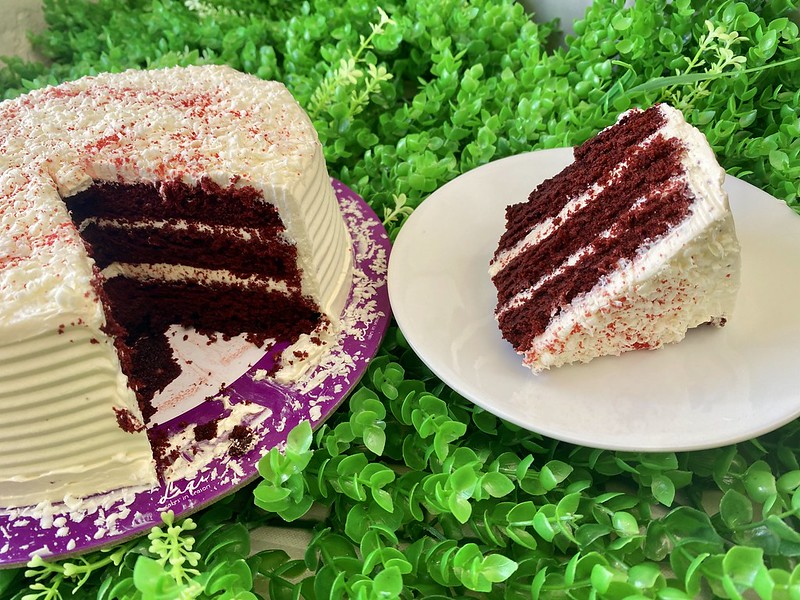 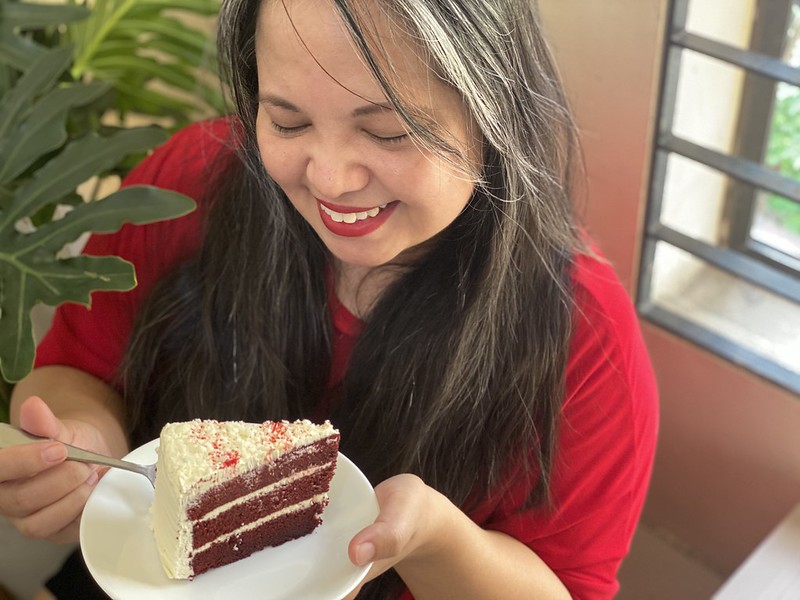