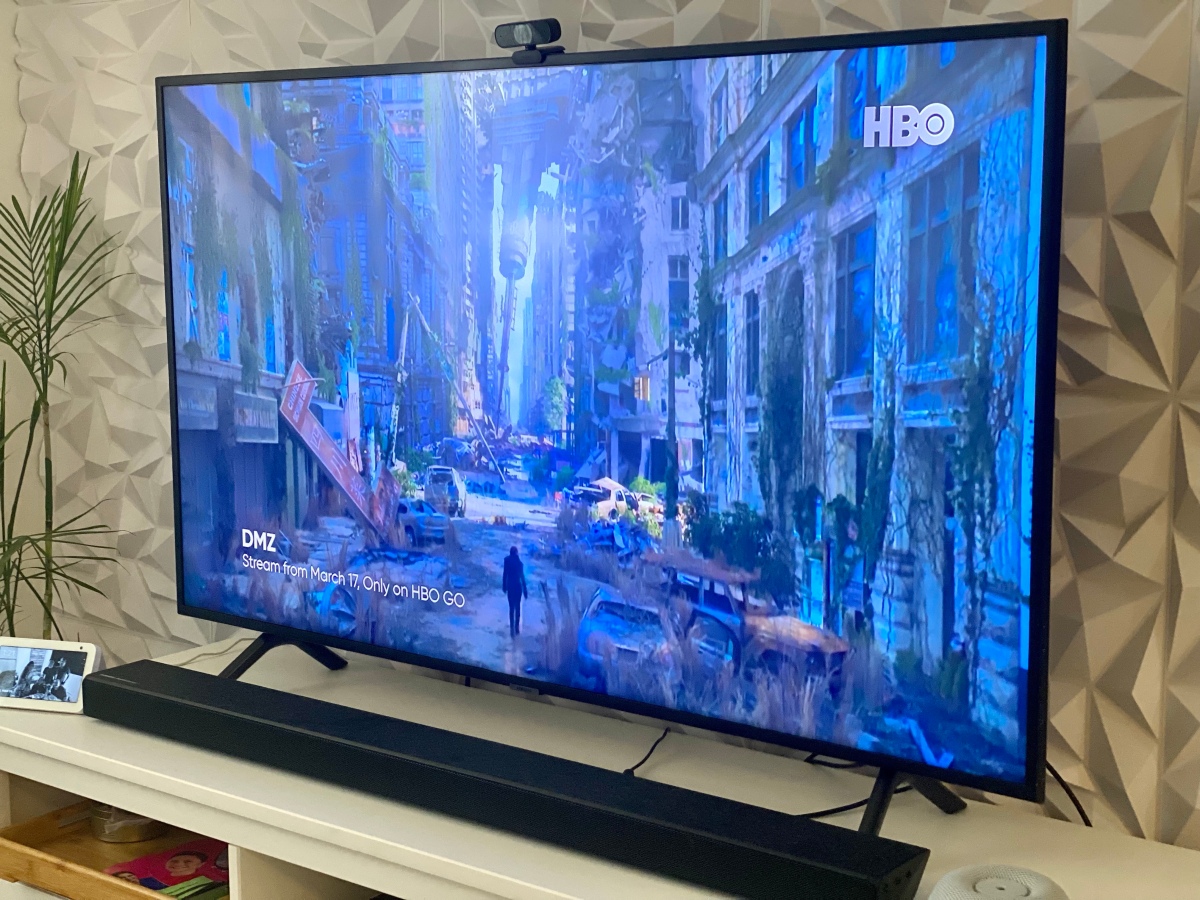 Based on Brian Wood’s acclaimed DC graphic novel of the same name, brand new four-part Max Original limited series DMZ premieres with all episodes the same day as the U.S on Thursday, March 17 only on HBO GO. This adrenalised drama is executive produced by Emmy® nominee Roberto Patino, Emmy® winner/Oscar® nominee Ava DuVernay, and Paul Garnes, and stars Rosario Dawson as a woman who navigates a demilitarized zone in a harrowing quest.

Leaping off the pages of the popular DC graphic novel into the visual landscape of a dangerous and distorted Manhattan, DMZfollows intrepid medic Alma Ortega (Rosario Dawson) on her tireless, eight-year search for her missing son in a near-future America embroiled in a bitter civil war. With no other options, Alma negotiates her way into the only place she hasn’t been able to look: Manhattan – now a lawless demilitarised zone overrun by rival factions vying for power as a race for control plays out between ruthless community leaders Parco Delgado (Benjamin Bratt) and Wilson Lin (Hoon Lee). While Alma’s harrowing quest thrusts her into the middle of this dangerous no man’s land, she unexpectedly emerges as a vital source of something needed most in the DMZ, which is hope.

DMZ was created for television by Patino, based on the comic book series published by DC written by Wood and illustrated by Riccardo Burchielli. Patino also serves as showrunner and wrote the first episode, which was directed by DuVernay. Acclaimed filmmaker Ernest Dickerson directs and executive produces three episodes. Emmy® winner Carly Wray is co-executive producer. Filipino DC fans can stream or download DMZ from March 17 only on HBO GO.

Not yet on SKYcable? Subscribe now. Get your priority pass.

Details, video and images provided by HBO in a recent press release.