TGI Fridays holds a lot of memories for me.

It was the first American-style restobar for as long as I can remember, and back when I was in college, its Glorietta branch was where I had my first taste of Long Island Iced Tea (guess who got drunk on that! Hehehe!) and I started my love affair with Chicken Fingers.

TGI Fridays started in 1960s New York when Alan Stillman established a bar at the corner of 63rd and First Streets. There, he served big American burgers and beer always on tap for his guests, making sure that they’re having a great time.

When TGI Fridays came to the Philippines 25 years ago, it sought to bring the same kind of good times to Pinoy diners.

Fast forward to 2019 and TGI Fridays is still bringing fun times with its hearty servings American comfort food and drinks.

I was at its Tomas Morato branch together with my office teammates (who all happen to be December birthday celebrants) for lunch when TGI Fridays celebrated its 25th anniversary in the Philippines last December 11. 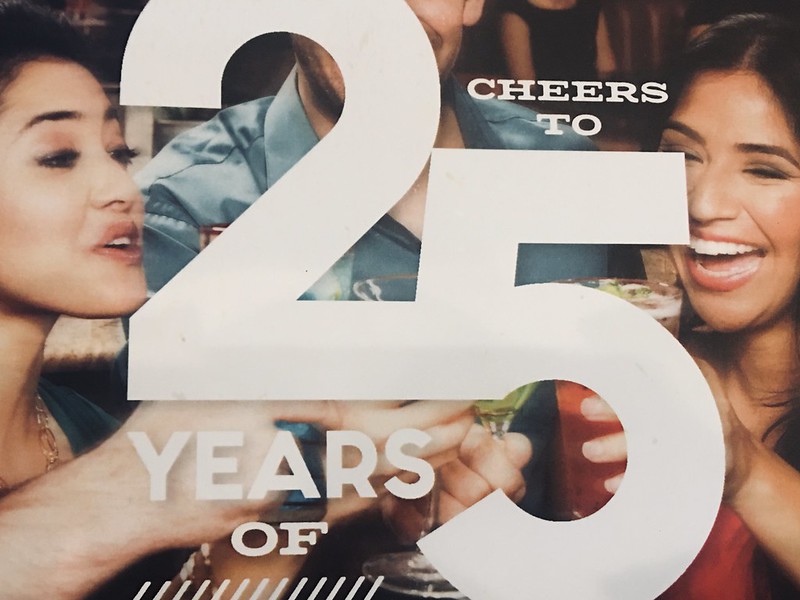 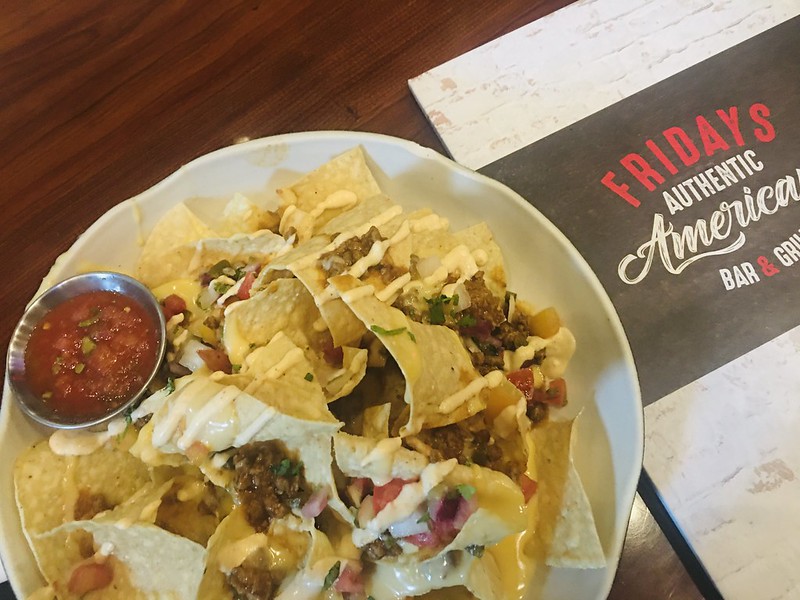 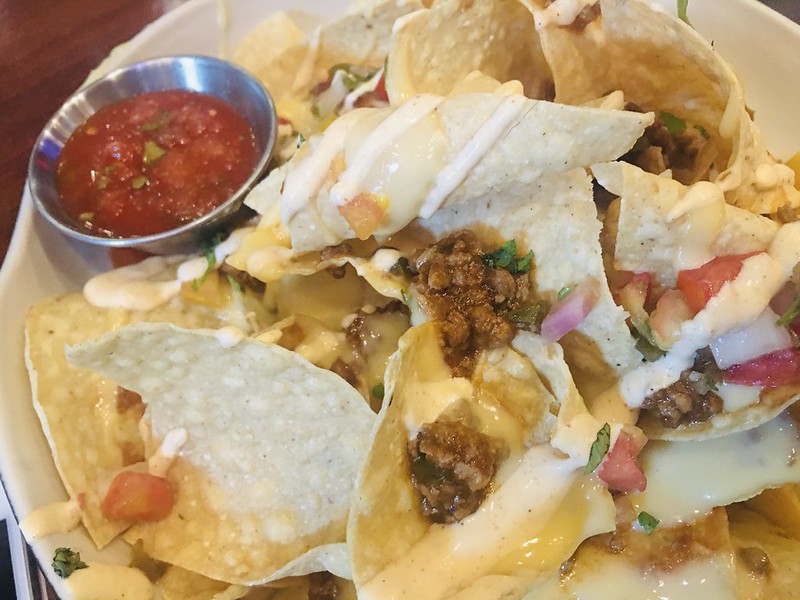 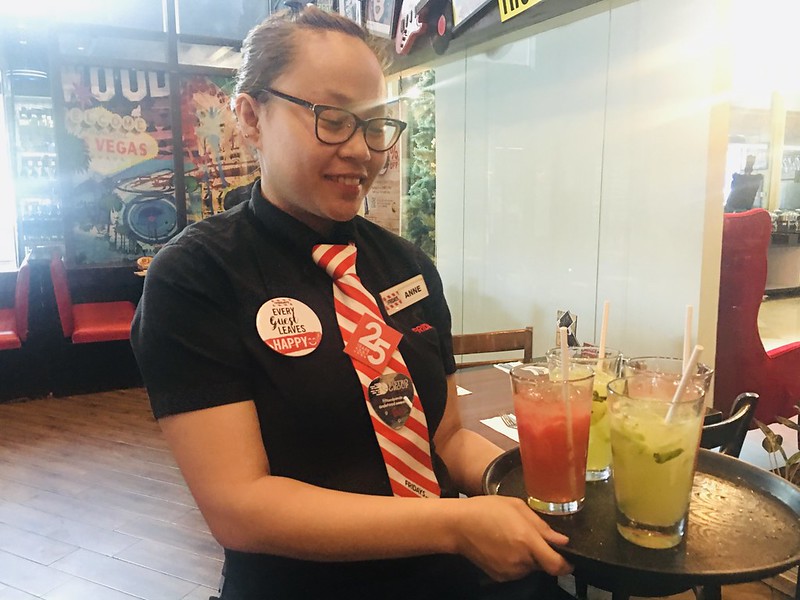 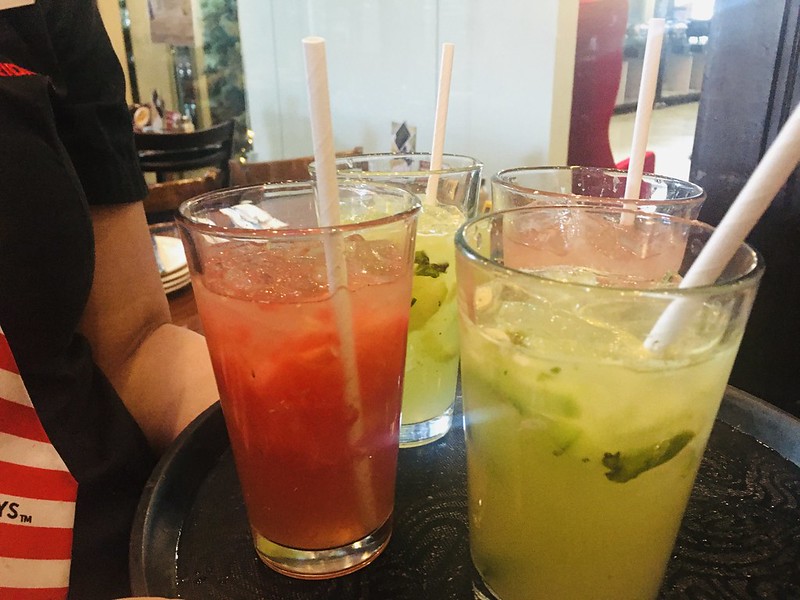 On that day, diners were treated to a free platter of Chili Ballpark Nachos and Seafoam and Dream Punch Splashers at 1pm and 7pm as the service crew break out into their version of the Happy Birthday song.

TGI Fridays in Tomas Morato is also notable for being the last remaining store to feature music memorabilia in its decor to complement its classic American diner furniture. This branch also made some improvements in its interiors to let in more light, giving it a cheerier atmosphere compared to my last visit. 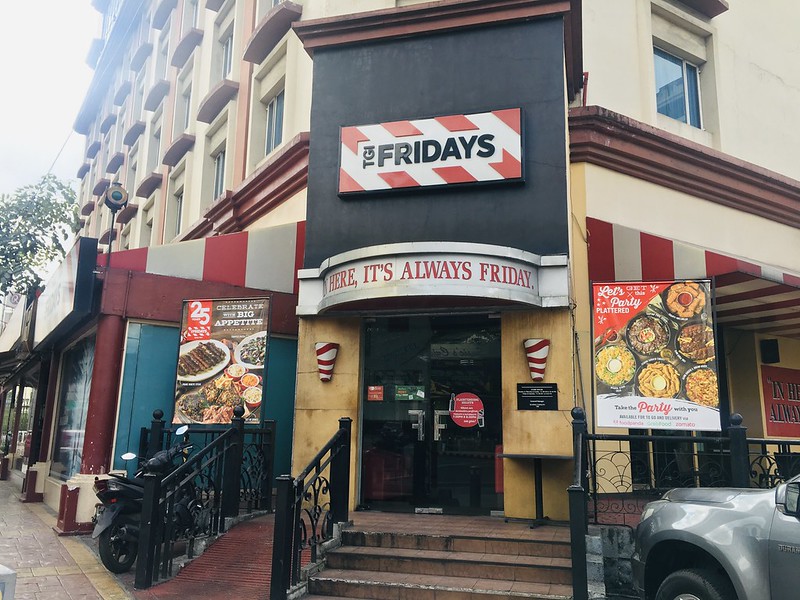 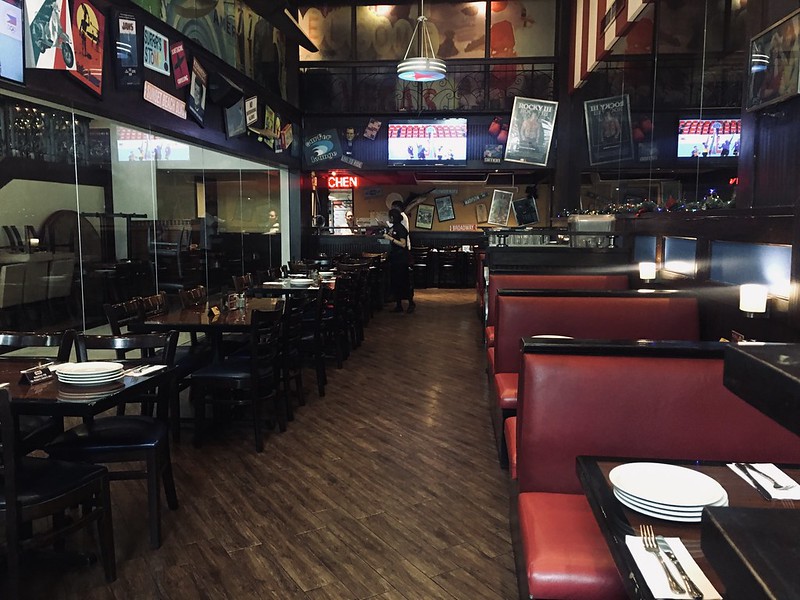 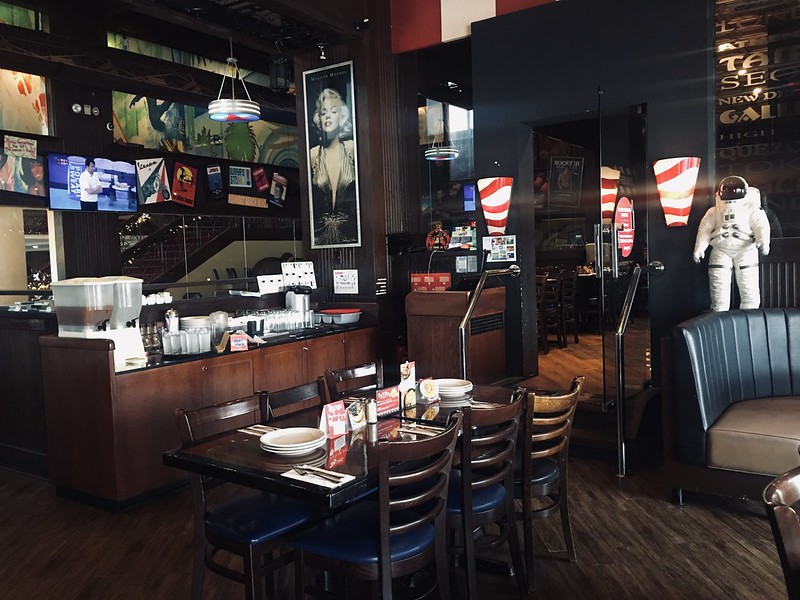 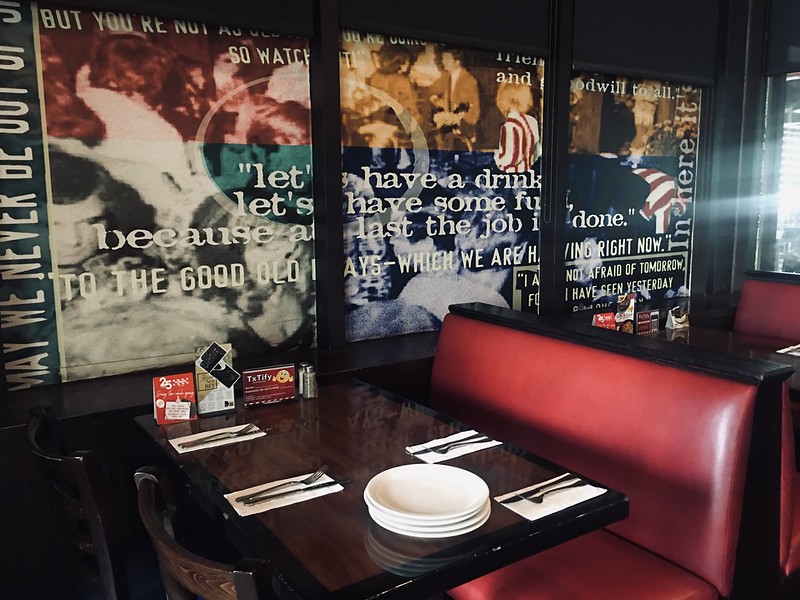 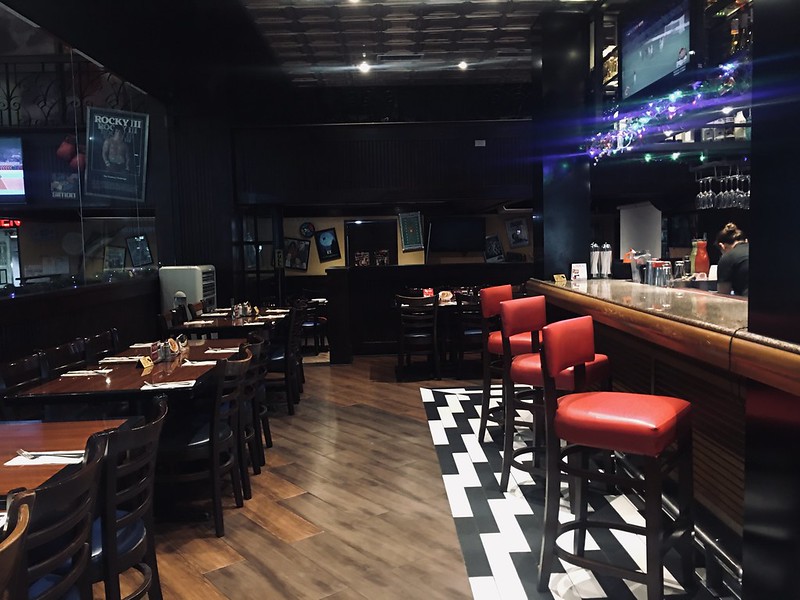 I treated my work buddies to Bucket of Bones Platter (Php2,795). It includes TGI Fridays signature tender, falling-off-the-bones glazed pork ribs, 8 pieces of chicken wings and 2 large pieces of porkchops, along with sides of mac & cheese, garlic rice and fries. Plus, for every order of this platter, a portion goes to supporting Action Against Hunger, the movement that fights hunger and malnutrition in the Philippines. 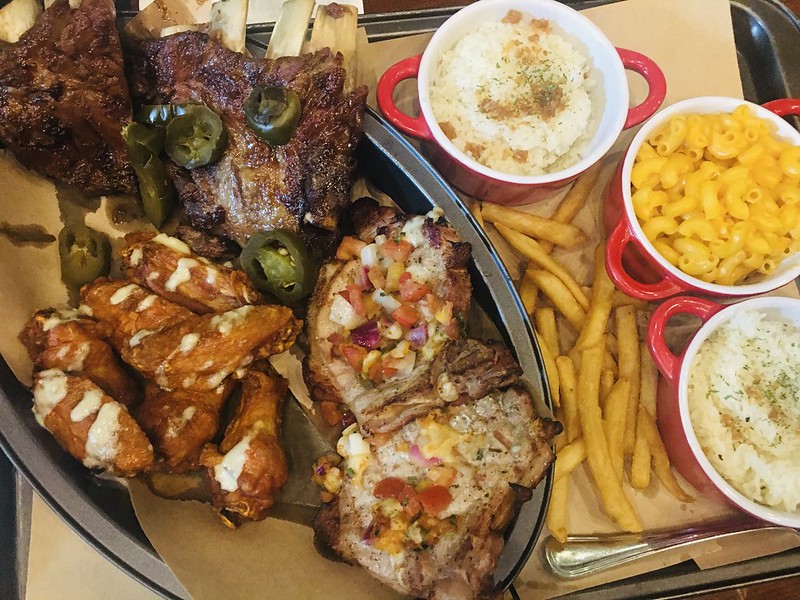 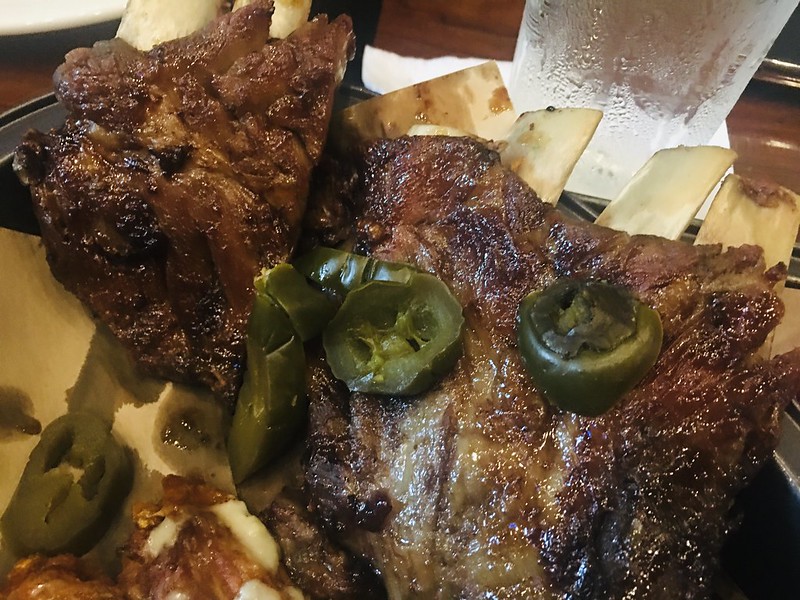 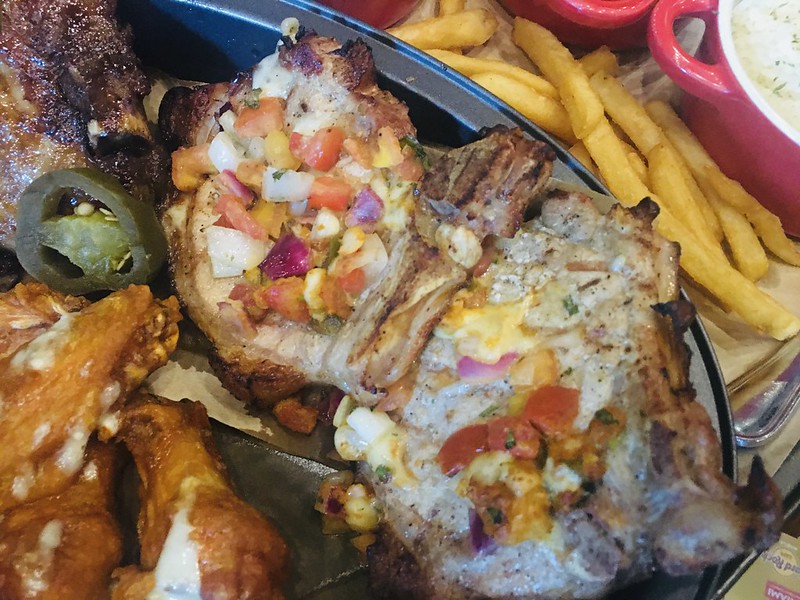 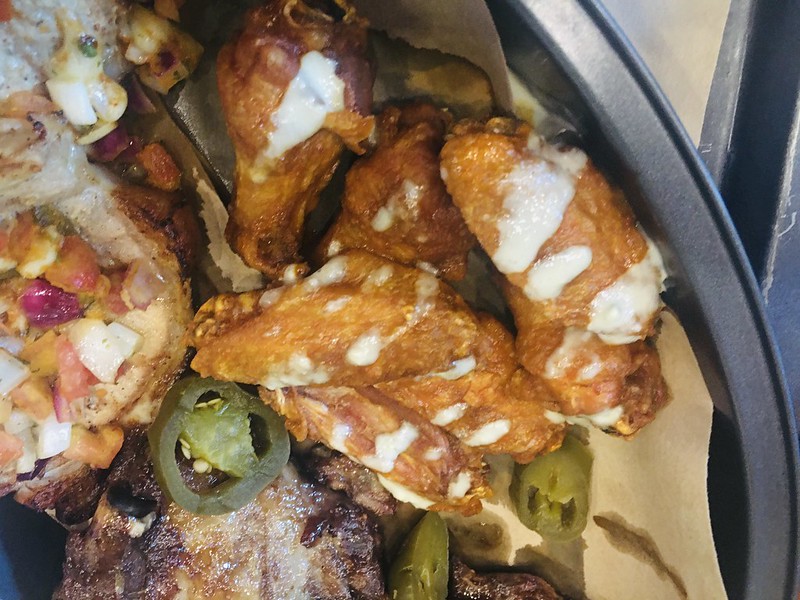 Any visit to TGI Friday’s won’t be complete without an order of Chicken Fingers (Php450). These hand-battered chicken tenders fried to a beautiful golden brown and accompanied with by a side of crispy seasoned fries and honey mustard dip remain among my all-time favorite food. 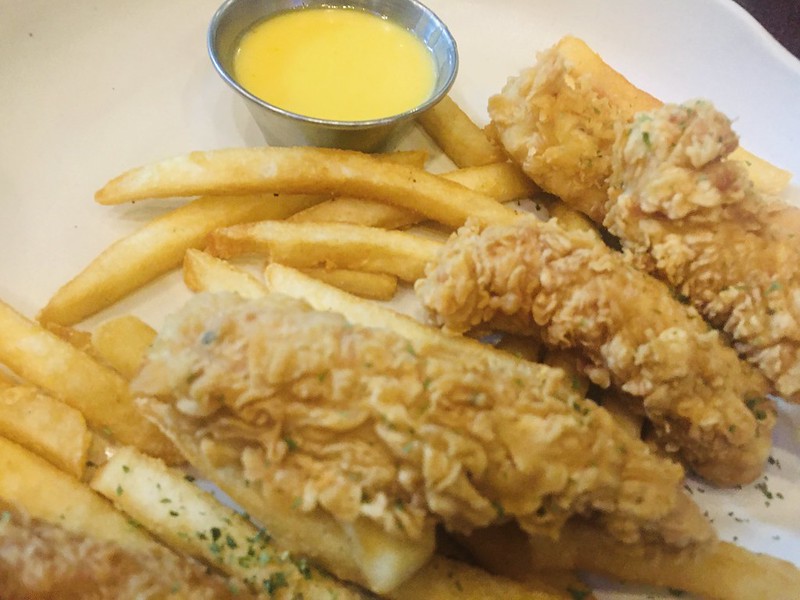 For dessert, we had a Mocha Mud Pie (Php365). This sweet treat is made of chocolate almond and coffee ice cream, hot fudge and toasted almond slices. 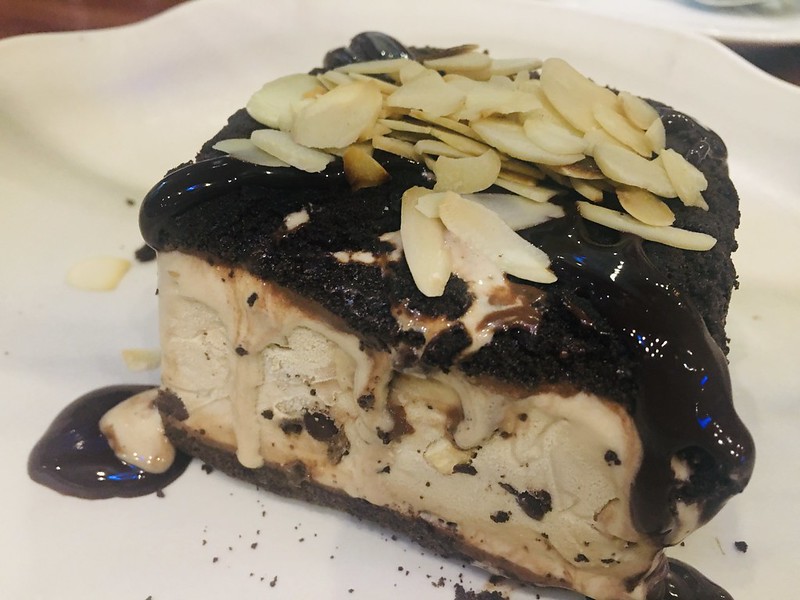 Along with the free nachos and drinks, these were more than enough to fully satisfy or group of four. Yey! 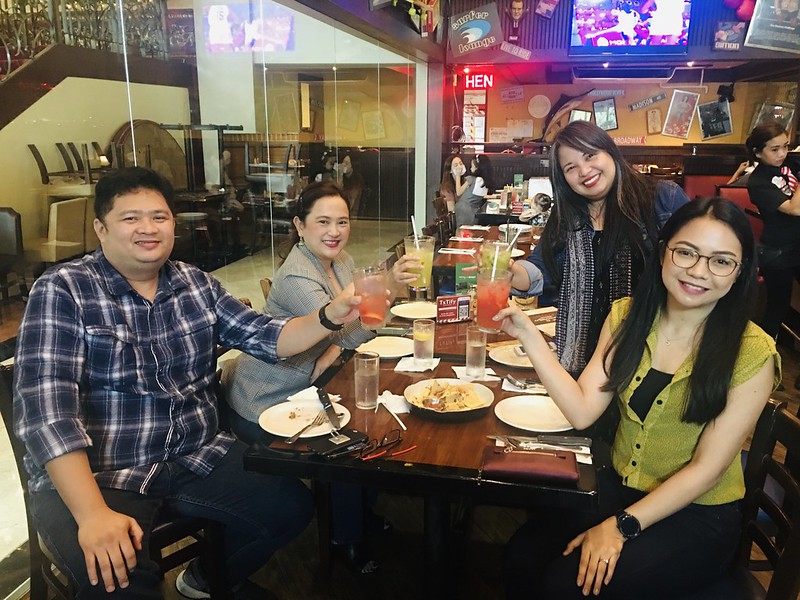 And since one in our group has a Bistro Card, we got 20% off the total food bill!

A happy birthday treat for all indeed! Well, except me, because my birthday is still in April, sigh! Oh, well…

This TGI Fridays branch is located at Ground Floor, Hotel Rembrandt, Tomas Morato Avenue corner Scout Bayoran Street, Barangay South Triangle, Quezon City, open Sundays to Thursdays from 11am to 10pm and Fridays to Saturdays from 11am to 11pm.