Being a chocoholic, I get all excited whenever I see chocolate bars or chocolate-based desserts.

However, chocolate can be so much more than desserts.

At Tsokolateria, for example, chocolate in the form of tablea (cacao tablets) or variations thereof, infuses almost every dish from salads, soups, kakanin (local rice delicacies), breads and main dishes, as well as, of course, desserts. 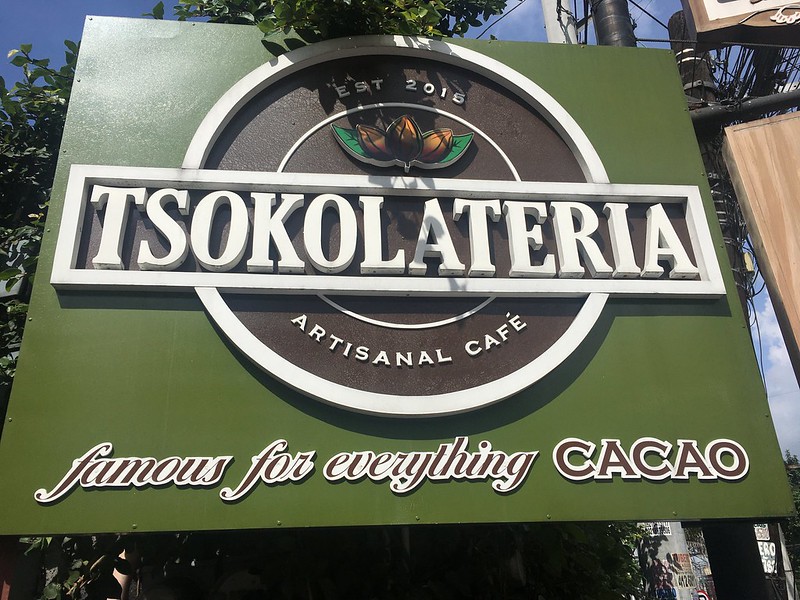 The cacao or cocoa plant made its way to the Philippines from Mexico in the 1700s by way of the Galleon Trade. Today, the Philippines cocoa industry is the primary producer of cocoa beans in Southeast Asia and boasts of its own rich chocolate culinary traditions.

Here in my neck of the woods, the foodie-friendly Tomas Morato area, Tsokolateria co-locates within the same premises as Pamana and Hawaiian BBQ. All three restaurants are part of the Happy Concept Group, the company owned and operated by third-generation restaurateur Happy Ongpauco-Tiu. 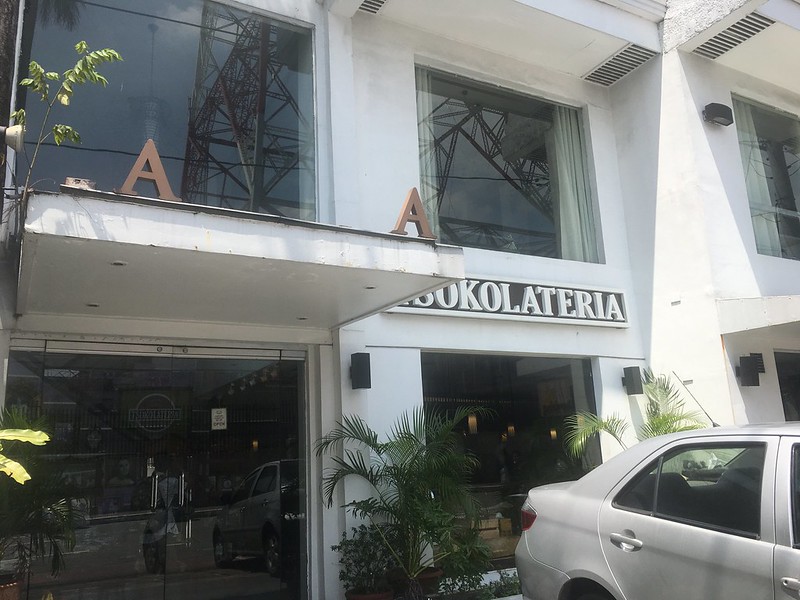 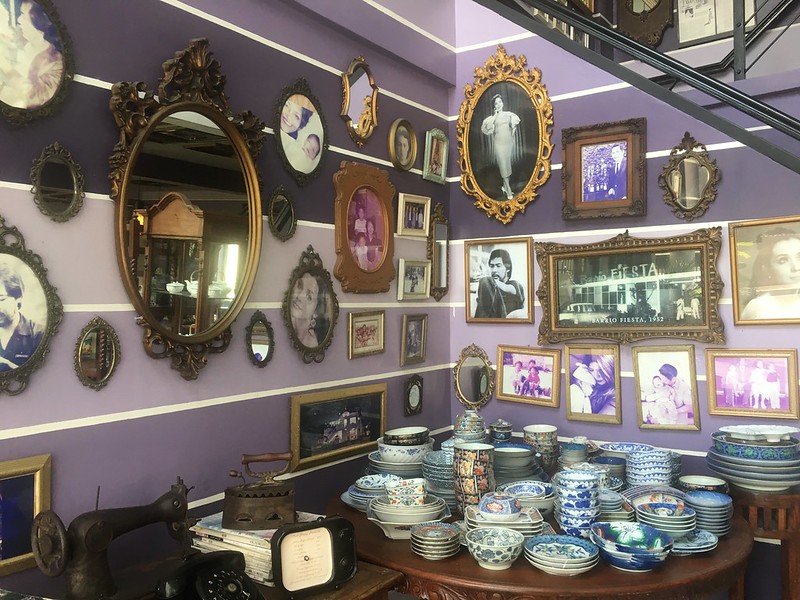 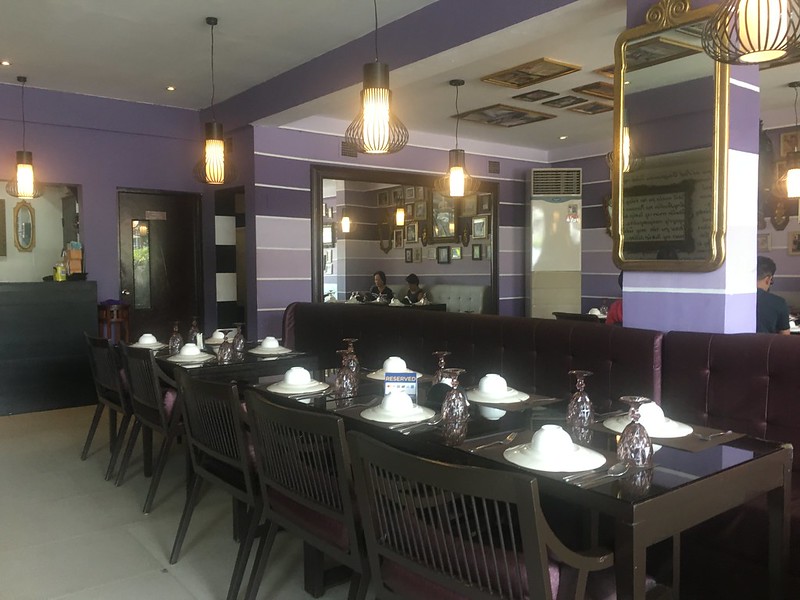 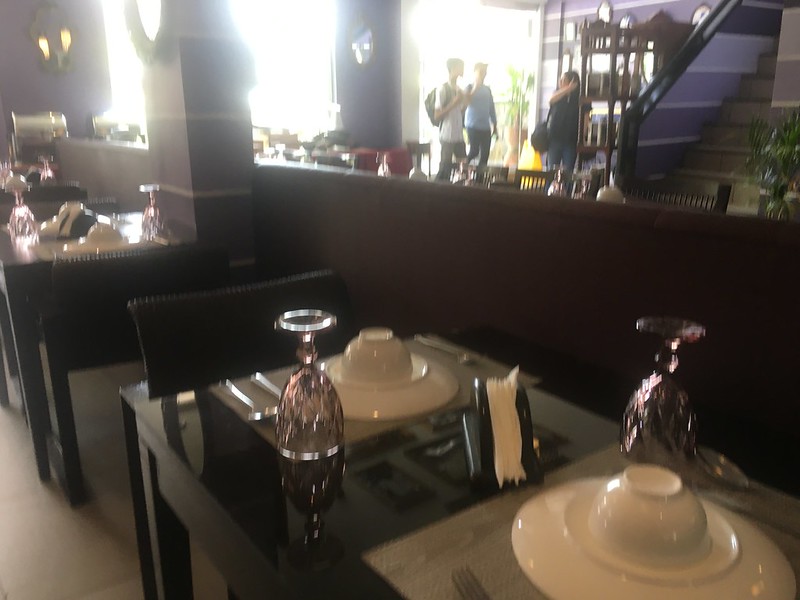 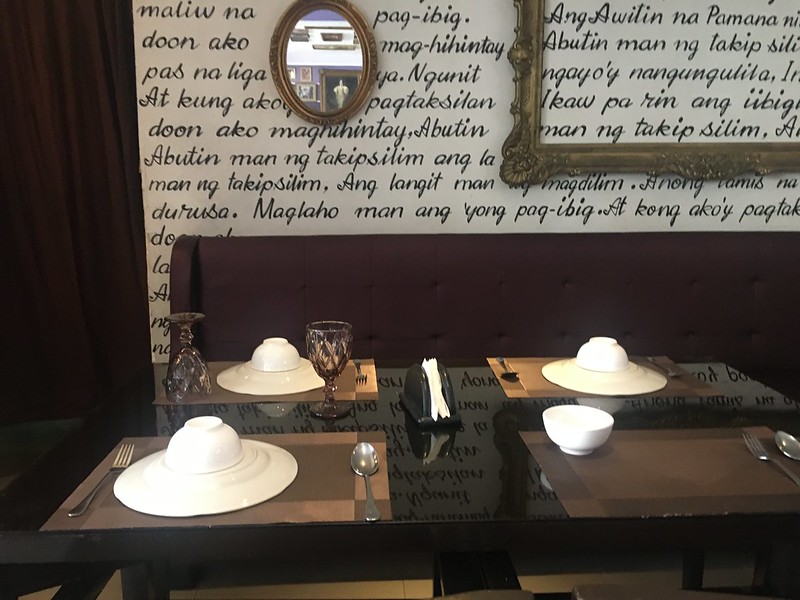 At Tsokolateria, Ongpauco-Tiu showcases the versatility of native chocolate as it serves as a main ingredient or as an add-on to various dishes – whether sweet or savory – and drinks.

I’ve visited this branch twice this week in my eagerness to sample as much of its offerings as I can. Check out what I’ve been able to try so far:

Oh My Gulay (Php200). Tsokolateria’s Bruschetta Pan de Sal topped by mushrooms, cherry tomatoes,spinach and quezong puti crumbles served with sugared kamote (sweet potato) fries and flavorful bulalo broth which was the soup of the day. For me, this is already a complete – though relatively light – meal! 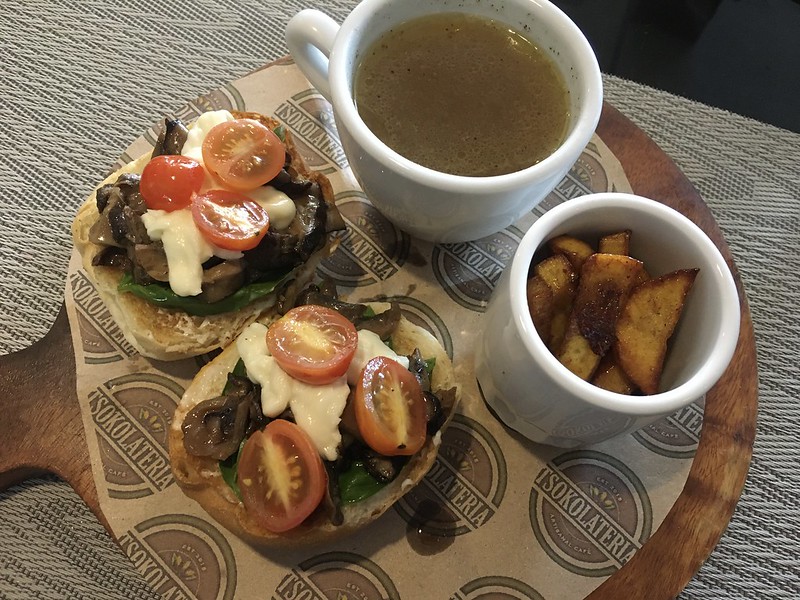 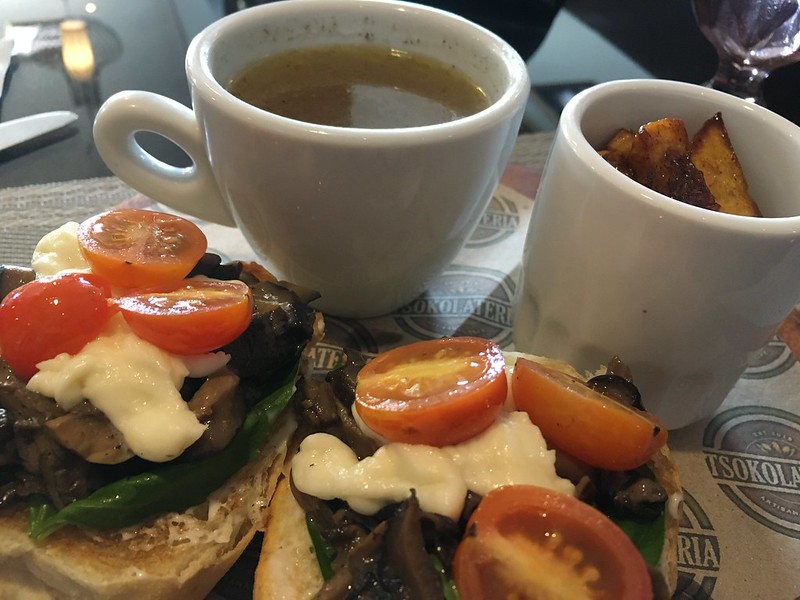 Tablea Champorado (Php220 for solo | Php395 for double). This is not your normal champorado from a store-bought box. Nope, this is made the old-fashioned way: using mountain rice cooked in native tablea and served simmering-hot with adobo flakes, chicharon and crispy fish chips on the side for interesting contrasts of tastes and textures. 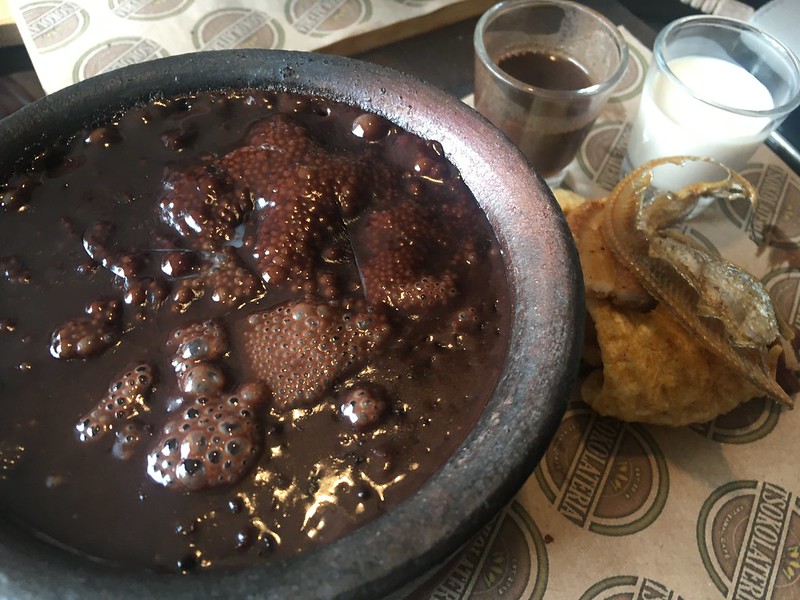 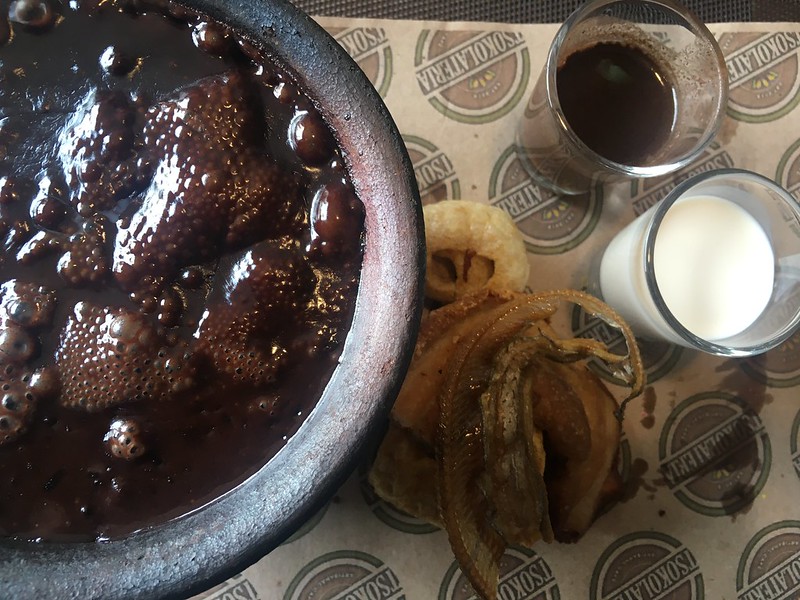 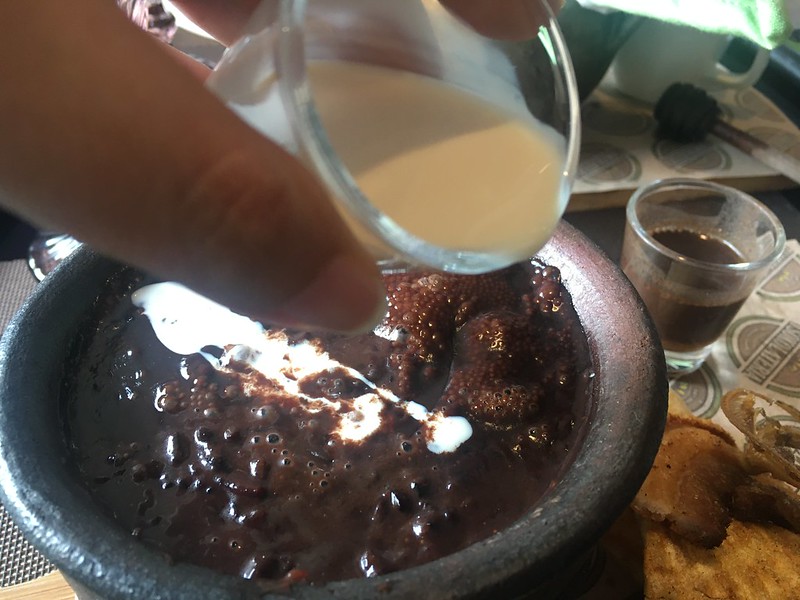 Palitaw at Tablea Syrup (Php130). This flat rice cake made from ground malagkit rice got its name from the way it pops up (“litaw”) to the surface of the boiling water once it’s done cooking. The rich, dark chocolatey tablea syrup adds another dimension of taste to this classic Pinoy merienda dish. 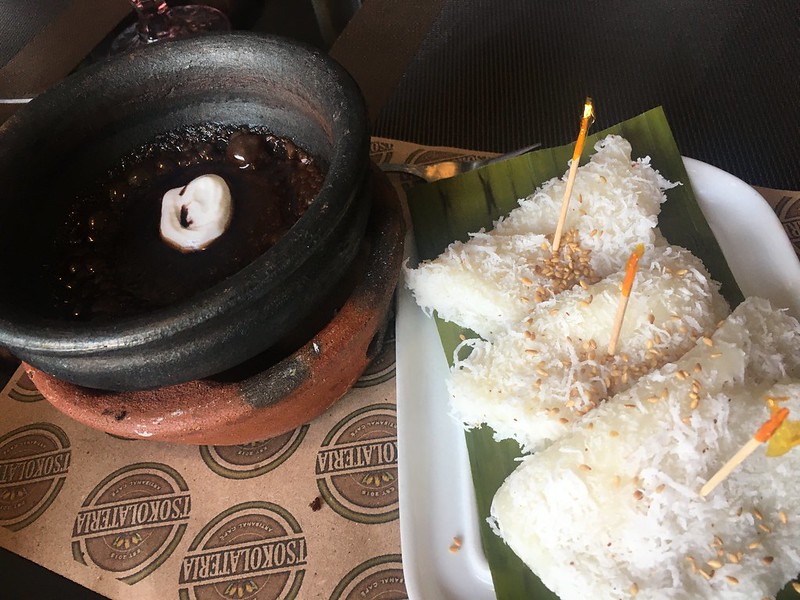 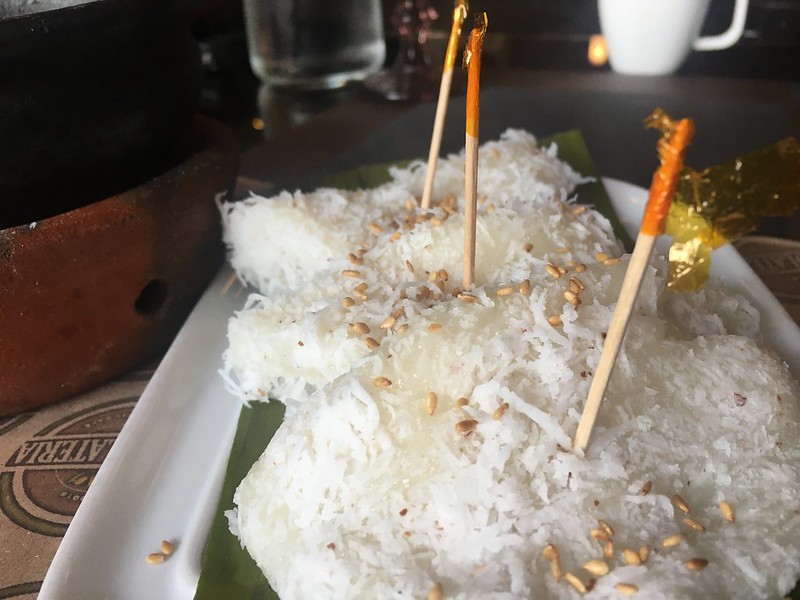 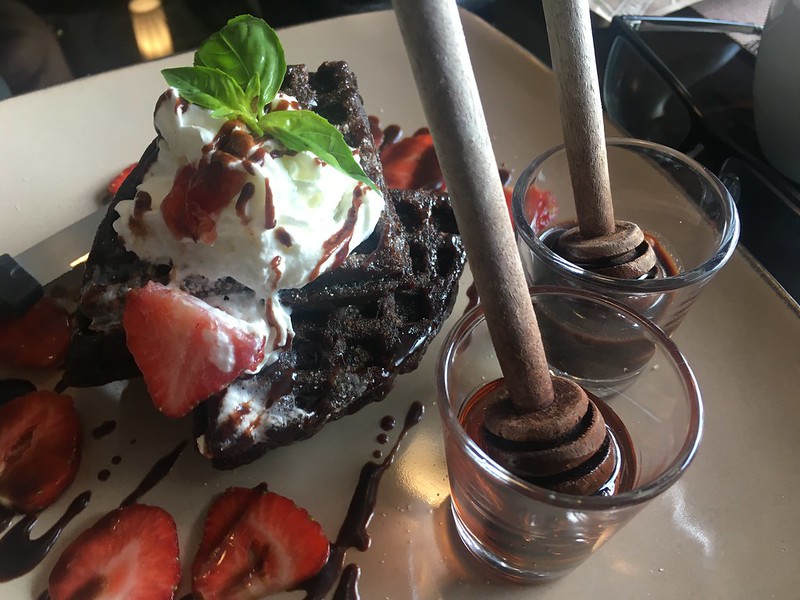 Tsokolate ah (Php190, good for two). Hand-made hot chocolate drink made from native tablea, diluted (the “ah” comes from “aguado” which means “watery or thin”) by the addition of water and milk. 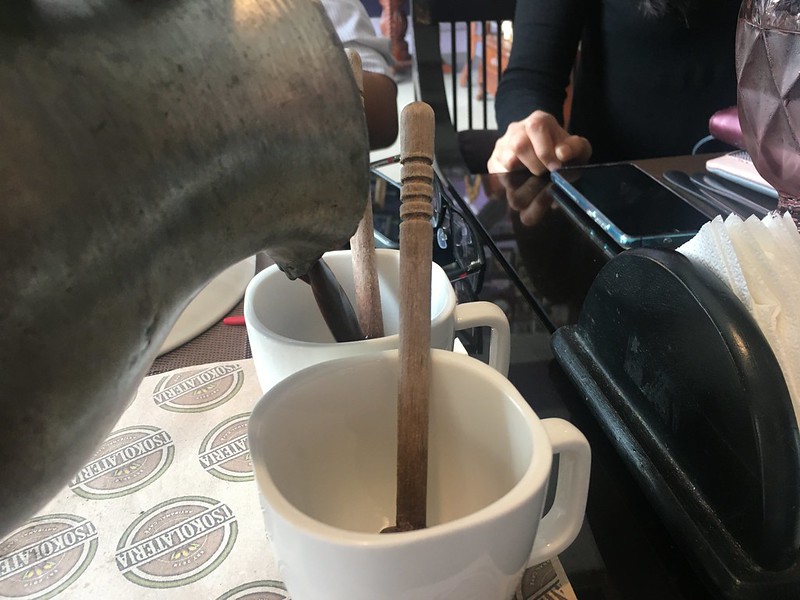 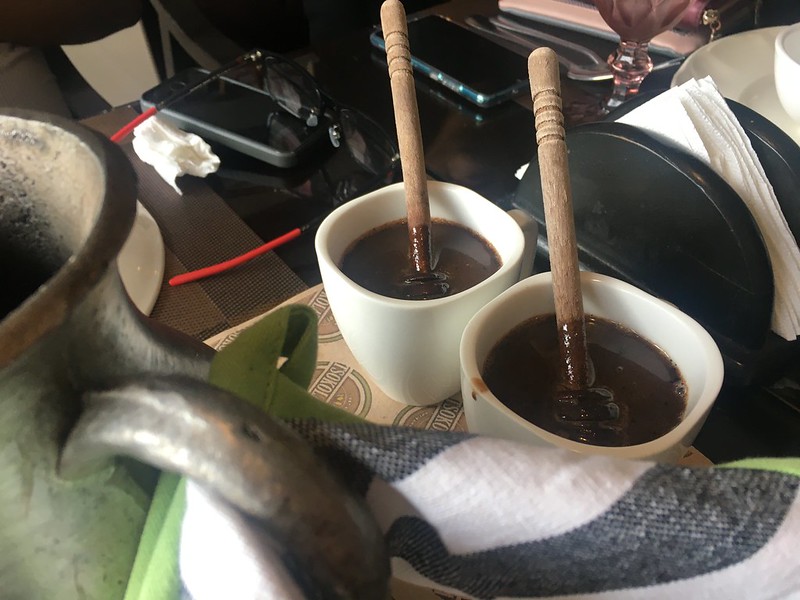 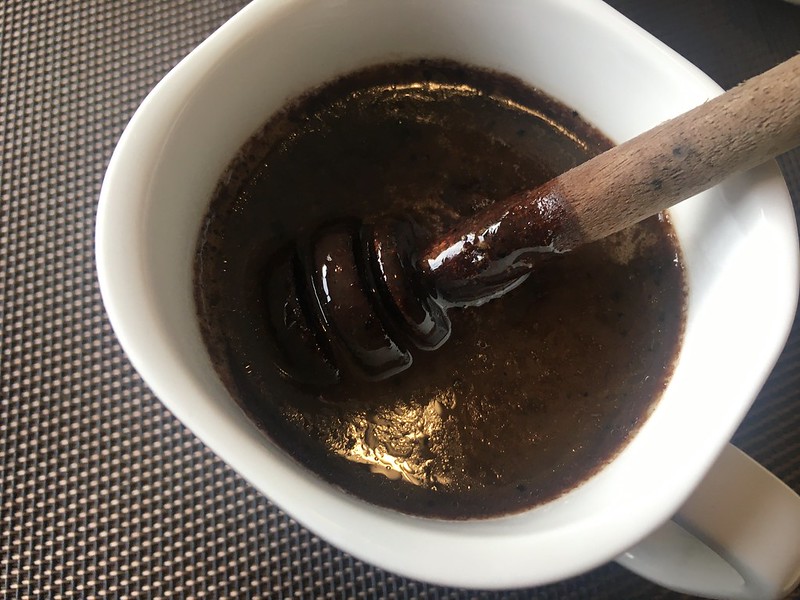 Tsokolate eh (Php190, good for two). Rich hot chocolate also made from native tablea which, because it is undiluted, is thick (the “eh” comes from the Spanish word “espeso” which translates to “thick”), has an earthier and pleasantly bitter taste and is generally considered the more authentic iteration of the native hot chocolate when compared with tsokolate ah. 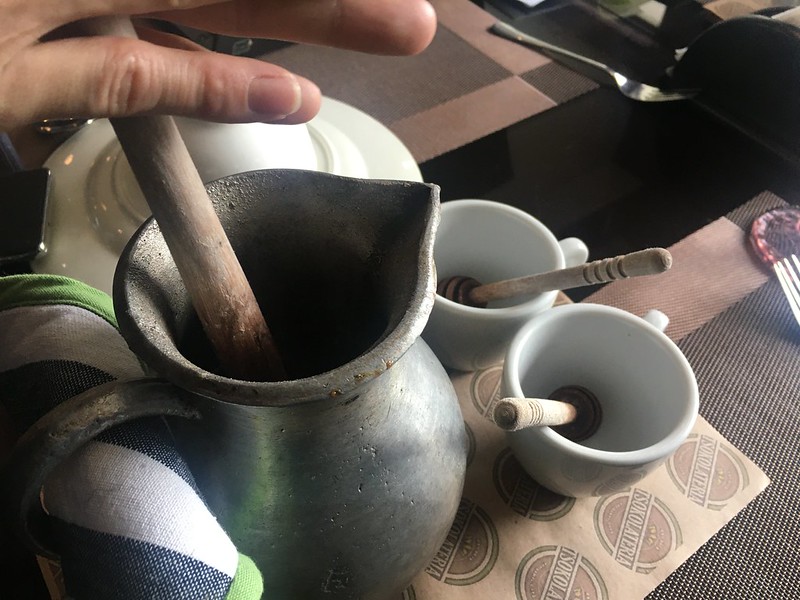 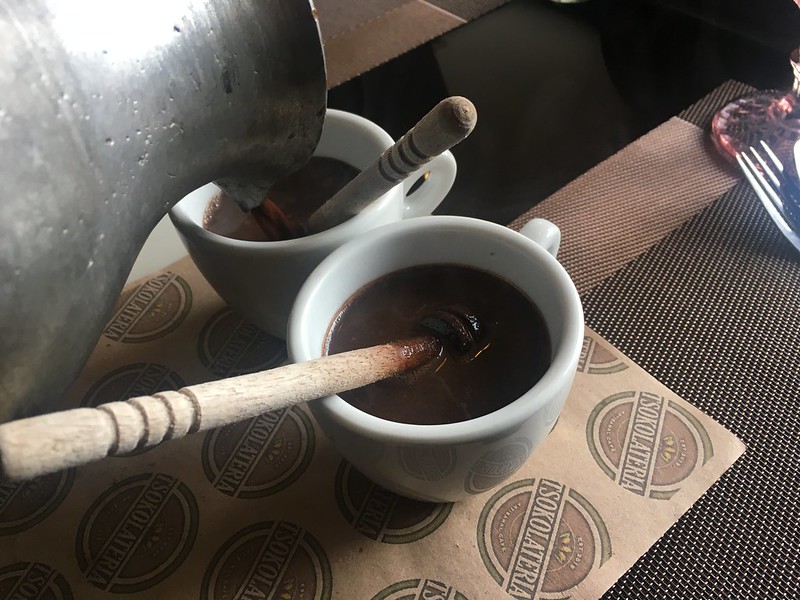 Tsokolateria Signature Mocha (Php150). Native chocolate with milk and a shot of native coffee and served with a Choc Nut candy for added sweetness. 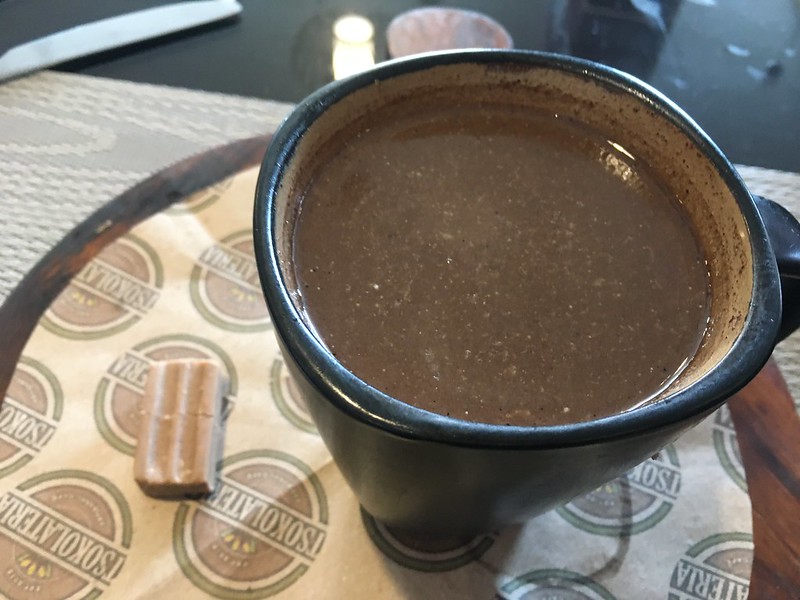 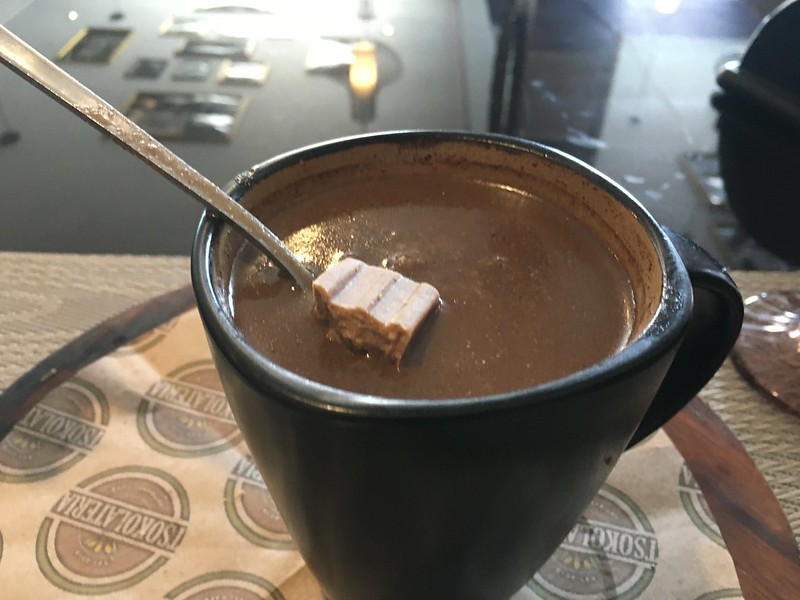 Tsokolateria more than establishes its creativity in crafting a menu permeated with chocolate. I think there’s a lot more to discover here and I look forward to the opportunity to taste more of its dishes. 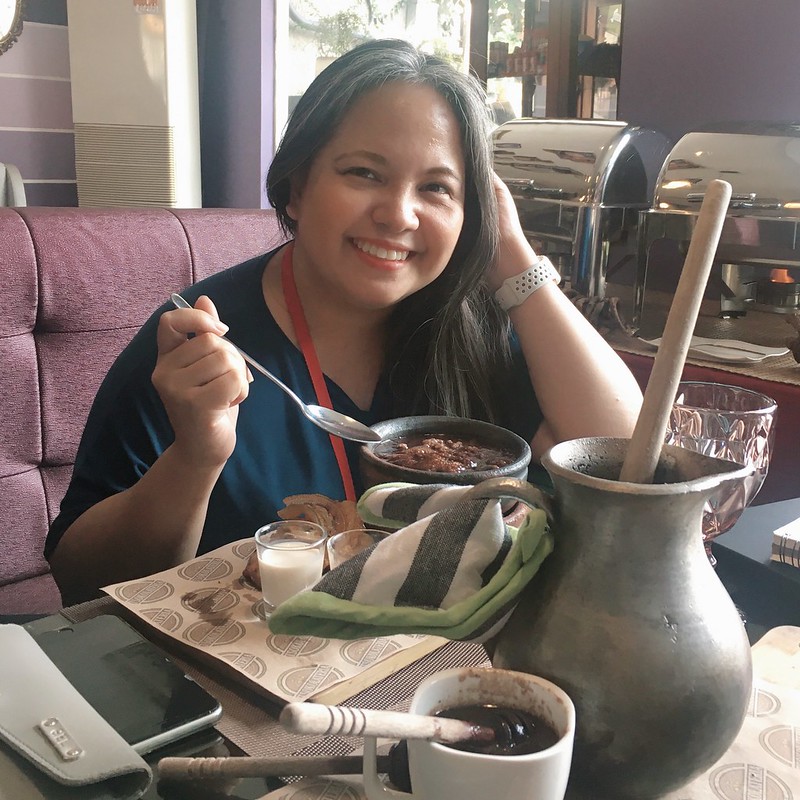 That said, the resto should work on its queuing: on my second visit, my orders took too long to be served that my lunch break was over by the time they reached me.

Tsokolateria is located along Mother Ignacia Avenue, Bgy. South Triangle, Quezon City, open daily from 10am to 10pm. For inquiries and reservations, call +63 2 3743798.