Along Mother Ignacia Avenue is a hidden gem of a resto called Dong Juan. Despite the number of avid food adventurers among my coworkers, only a few of them are actually familiar with it. So it was incumbent upon your friendly neighborhood Jellybeans to introduce the resto to them.

(Also, the resto offers a 1+1 deal via Zomato Gold. Since two among our group of four are Zomato Gold members, we figured that we will get significant savings on out visit.)

Originally established in Cebu, Dong Juan’s menu initially consisted of gourmet burgers and pizza. It has since expanded to Metro Manila with a branch in Marikina and this one in Quezon City. Its menu expanded as well to include sizzlers, soups, salads and more.

The Mother Ignacia branch is built from a renovated ancestral home in front of St. Mary’s College. It boasts of eclectic interiors with an expansive main dining space as well as private nooks and function rooms for more intimate gatherings. 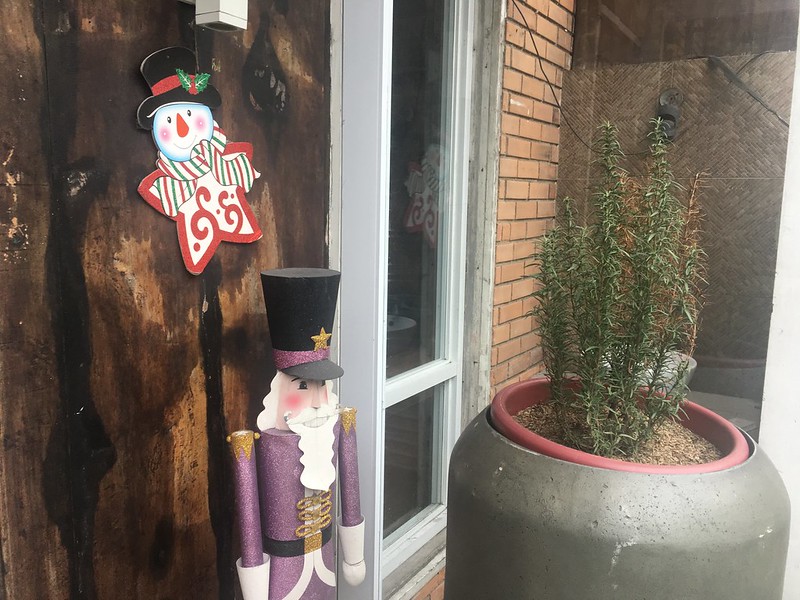 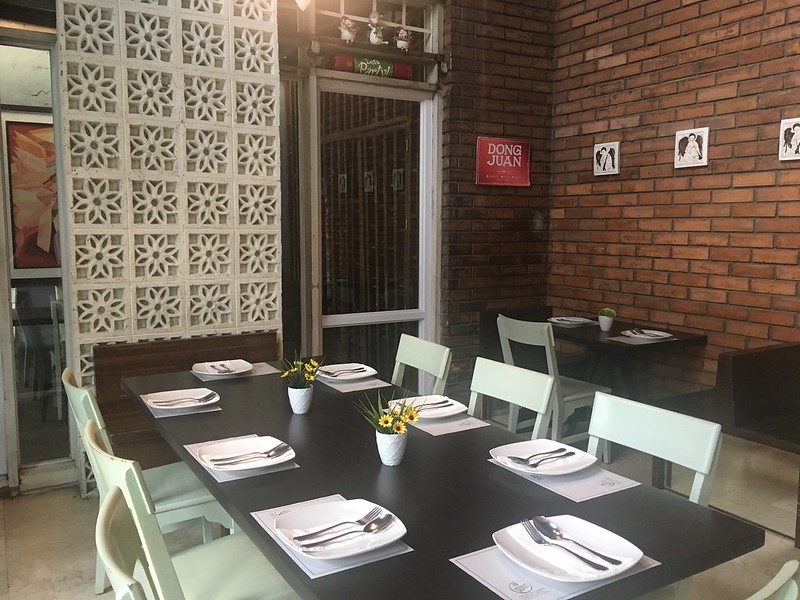 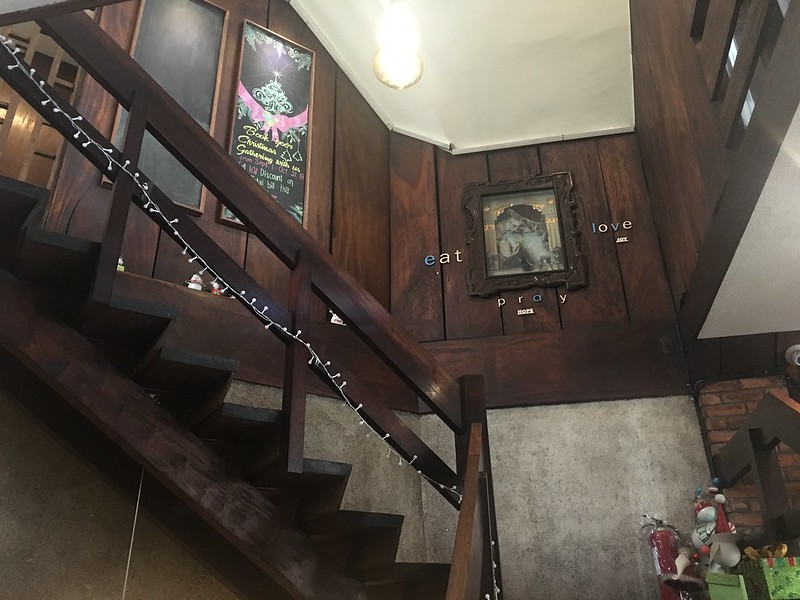 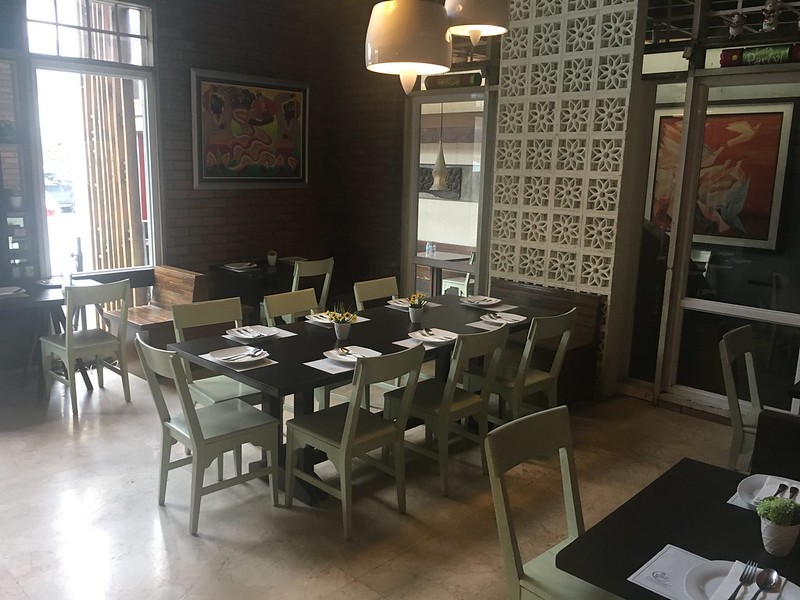 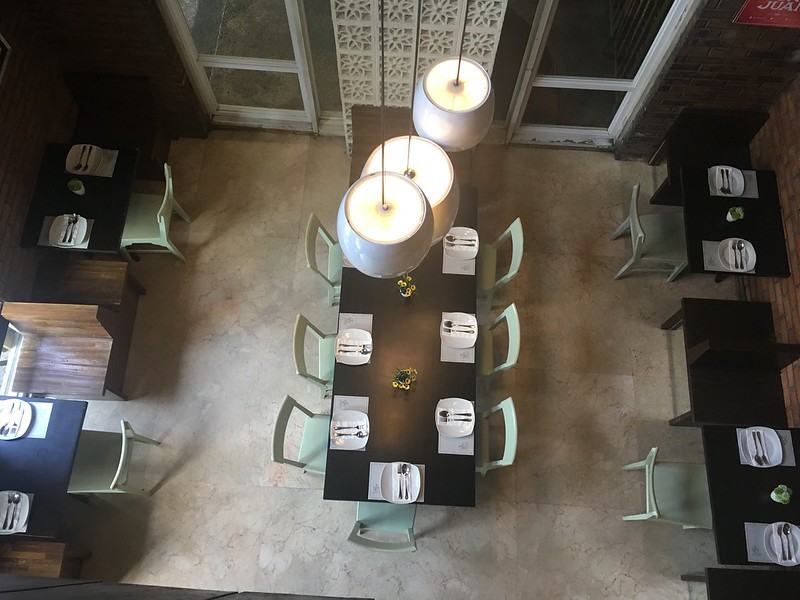 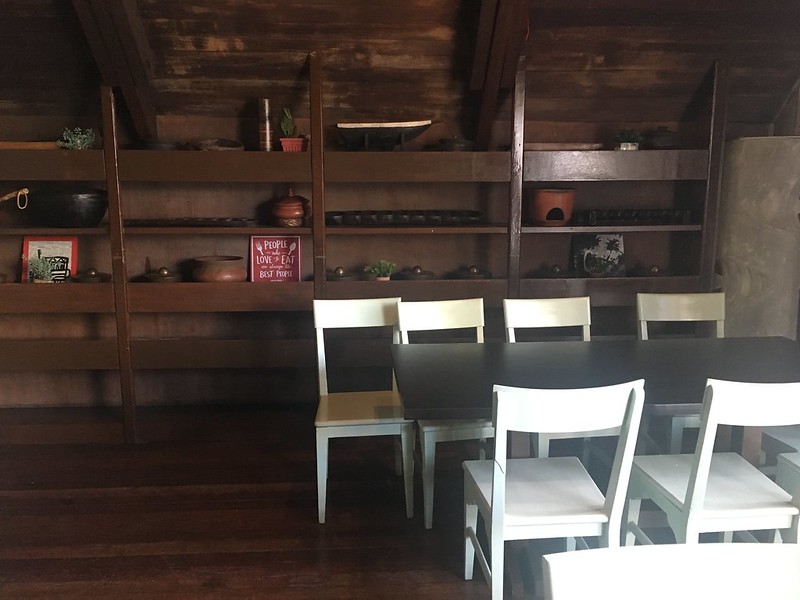 Our group settled ourselves in the cozy area beneath the stairs, a sunken section that lends itself well to private conversations. 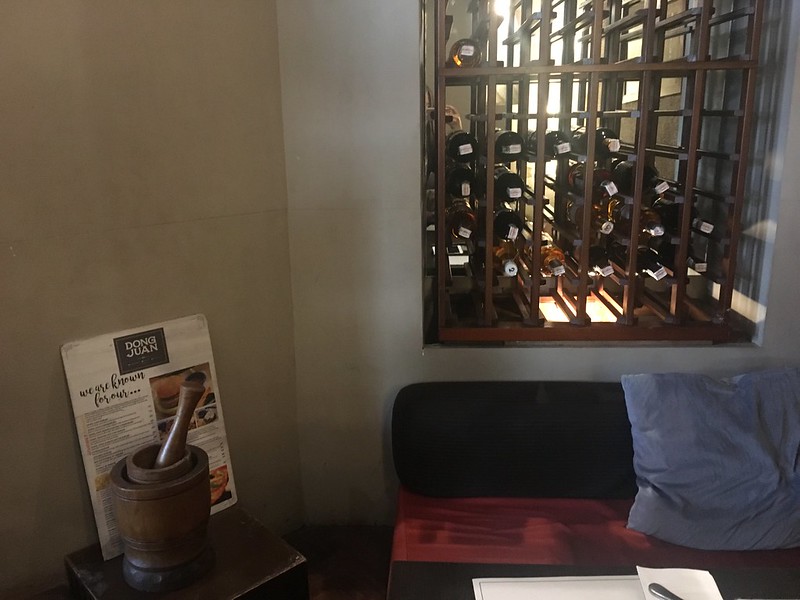 We split among ourselves an eclectic array of food as well: 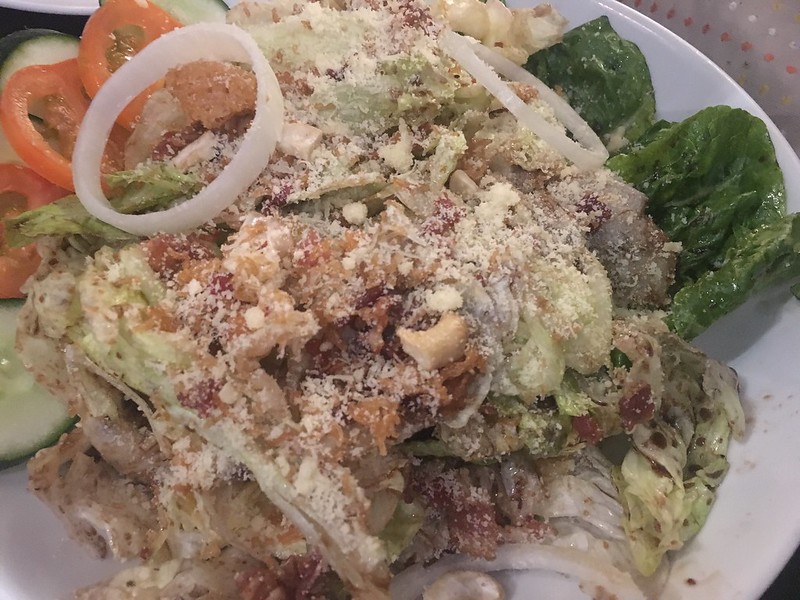 Fish Nuggets (Php169). Cooked to order, these were served hot and crisp, and delightfully ungreasy. 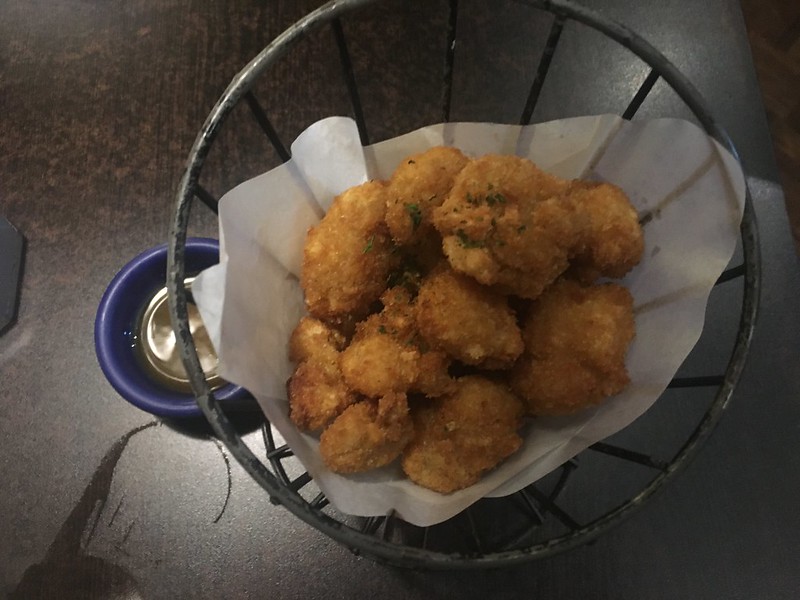 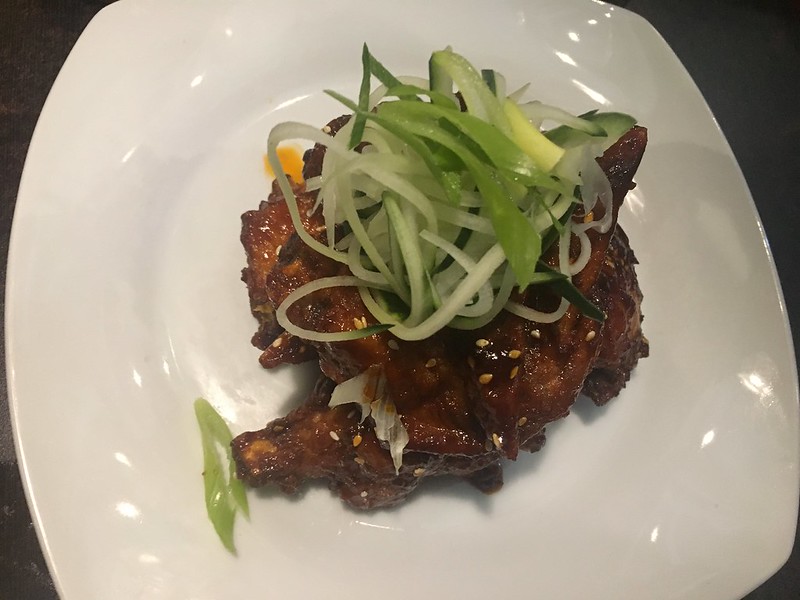 All Meat Pochero (Php299). The classic braised beef stew is made into a sizzler, with fork-tender and flavorful meat and a rich gravy with a hint of tangy tomatoes,l. It went well with either plain rice or fried rice. 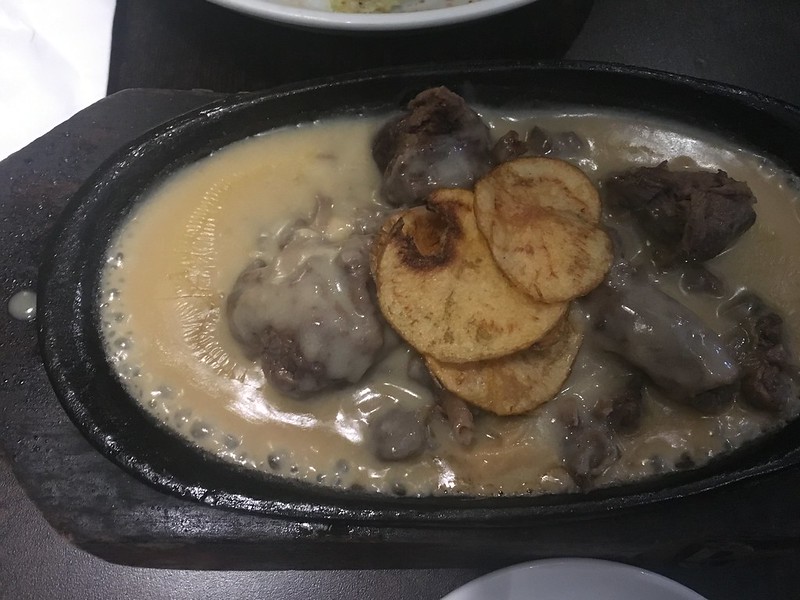 While the dishes are familiar, they are given a unique Dong Juan twist through the addition of choice herbs and spices, or the use of healthy oils.

Best of all, with Zomato Gold discount in effect deeming the salad and fish nuggets as free of charge, our group of four was able to deliciously dine in comfort and style at Dong Juan for only Php150 each. 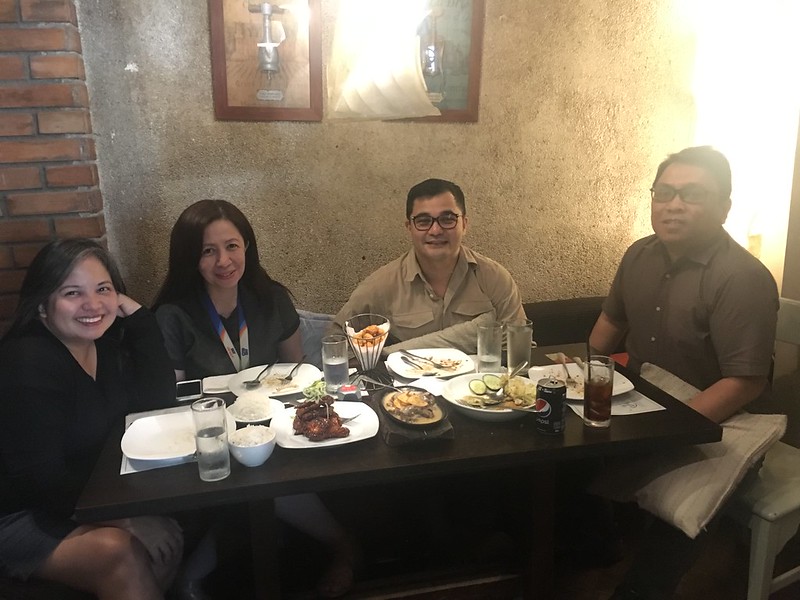 I was glad to have introduced my friends to this restaurant and I have a feeling we will be coming back soon.

This Dong Juan branch is located at 72 Mother Ignacia Avenue, Paligsahan, Quezon City, open daily from 11am to 11pm. For inquiries and reservations, call +63 2 3740265.

Dong Juan’s other branch in Metro Manila os located at Lamp Quarters, Gil Fernando Avenue, Santo Niño, Marikina City, open Sundays to Thursdays from 10am to 11pm and Fridays to Saturdays from 10am to 12 midnight. For queries, call +63 917 7095969.

Want to score a similar discount? Zomato Gold provides members with 1+1 deals on food or 2+2 deals on drinks. All you have to do is sign up for a Zomato Gold membership here as soon as slots open. (They tend to get snatched up pretty quickly so be sure to sign up as soon as slots become available.) Use my code JELLYB to get 20% off the membership fee.

One thought on “A fresh fusion of flavors at Dong Juan, Quezon City”