Mr. Jonathan Spink, CEO of HBO Asia said, “Over the past 7 years, we recognise the significance and importance of locally produced programming. Since 2012, the number of Asian original productions we have done has been increasing and they have all proven to be very effective for us. We are encouraged to learn that our Asian productions are working well across the region, especially those in local languages.” He further adds, “We maintain our commitment to producing outstanding programming and will continuously aim to present our content to our audience in the region, in an easily accessible way. We will continue to produce the highest quality content that the HBO brand represents and showcase to the world the best Asia has to offer.”

Series premiering soon on HBO Asia’s network of channels include (in alphabetical order):

DREAM RAIDER is HBO Asia’s first science fiction drama series. DREAM RAIDER is an eight-episode hour-long series that brings together production expertise from China, Hong Kong and Taiwan featuring cast and crew including actors Vivian Hsu, David Wang, Jason Wang, Weber Yang and Ellen Wu, executive producer, renowned filmmaker, Cheang Pou-Soi, directors, Daniel Fu and Simon Hung, and producer, Freeman Xiang. Set in the near future, DREAM RAIDER features a misfit team of scientists and cops that are trying to get to the bottom of a criminal conspiracy that exploits human consciousness. The series opens with a criminal police officer that is investigating a case of missing girls and uncovers a mysterious cutting-edge technology that enables them to enter the dreamscapes of others to find the truth. The series is produced with the support of the Taipei Film Commission and Taipei Cultural Foundation. 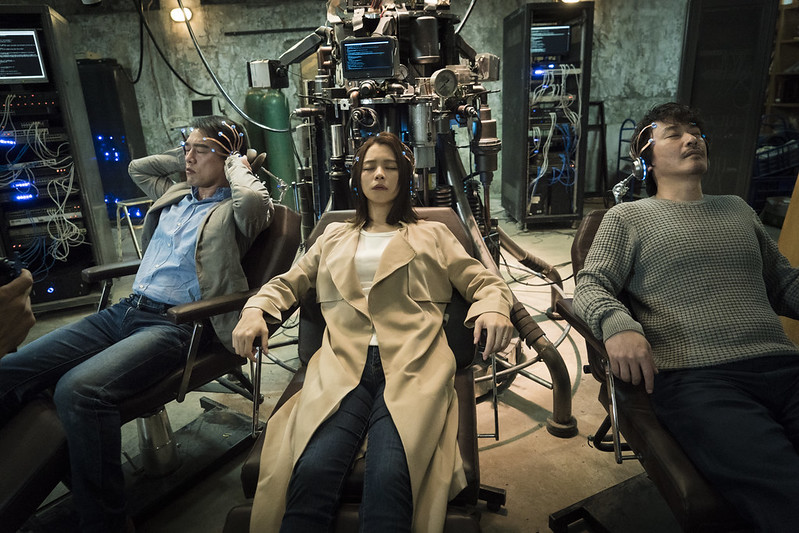 FOOD LORE is an eight-episode hour-long anthology series that explores the human condition with narratives inspired by and showcased through the perspectives of Asian cuisines, weaving tales of the tastes and aromas that have filled the Asian souls – tales of longing and forbidden passion, of connection and loss, of childhood memory. Helmed by award-winning Singaporean filmmaker Eric Khoo, the series is shot in eight countries across Asia and directed by some of Asia’s most talented storytellers including Don Aravind (Singapore), Billy Christian (Indonesia), Takumi Saitoh (Japan), Ho Yuhang (Malaysia), Erik Matti (Philippines), Pen-Ek Ratanaruang (Thailand) and Phan Dang Di (Vietnam). FOOD LORE is produced as part of a two-year partnership with the Infocomm Media Development Authority (IMDA) in Singapore. Through a series of workshops and collaborations with local companies and talent on HBO Asia Original productions, the partnership aims to develop the content production capabilities of Singapore’s media industry. 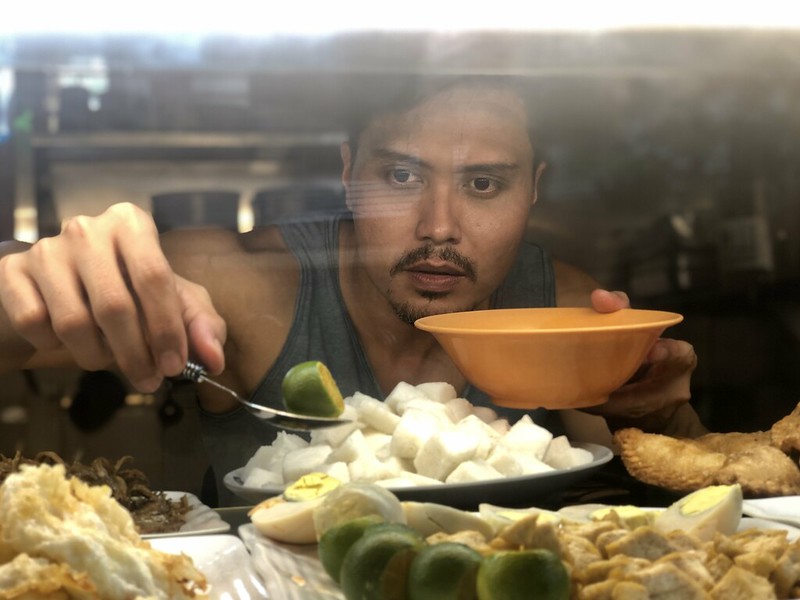 THE TEENAGE PSYCHIC is HBO Asia’s second returning series, following the success of the first season. The eight-episode hour-long second season of the coming-of-age Taiwan drama series returns with Kuo Shu Yau  reprising her lead role as Xiao Zhen, a psychic born with the ability to see spirits and learning to use her abilities to help others. Starring alongside her will be new cast members including two-time Golden Bell Award-winning actress, Wen Chen-Ling  and rising star, Fandy Fan. The new season of THE TEENAGE PSYCHIC sees Xiao Zhen back from her summer break and determined to have a fresh start at school, but life is not that simple, especially when she is still coming to terms with the loss of the love of her life. Things get even more complicated with the arrival of Zhan Xiao Tong, played by Wen Chen-Ling, a soft spoken yet resourceful new member of the drama club. Juggling the multiple pressures from school, the drama club and the demands of the spirit world, things are about to take a turn for the worse for the 17-year-old. THE TEENAGE PSYCHIC season two will be directed by up-and-coming director Liu Yan-Fu (劉彥甫). Chen Ho-Yu, director of THE TEENAGE PSYCHIC season one, will executive produce. 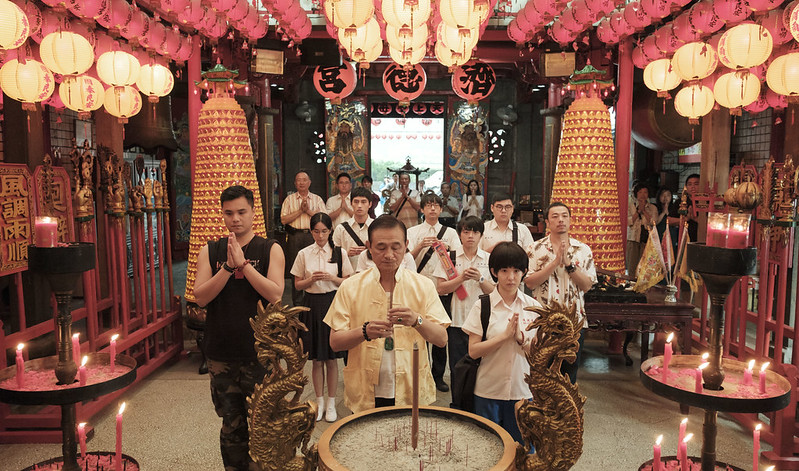 THE WORLD BETWEEN US is a ten-part hour-long Taiwan drama series that follows the aftermath of a mass-shooting where all parties involved – the killer, the victims, the victims’ families, the media and the defense teams, whose fates are all intertwined. Shot entirely in Taiwan, the series features an all-star ensemble cast from Taiwan including Alyssa Chia, James Wen and Wu Kang-Jen. The series is directed by award-winning filmmaker, Lin Chun-Yang ) and written by the renowned award-winning screenwriter, Lu Shih-Yuan . The series is produced by Taiwanese broadcaster, Public Television Service (PTS), and will be jointly distributed by HBO Asia and CATCHPLAY outside of Asia. THE WORLD BETWEEN US premieres in Asia on Sunday, March 24 with two back-to-back episodes from 9pm onwards exclusively on HBO GO and HBO. Two new episodes will debut at the same time every Sunday. The series will also be available on HBO On Demand. 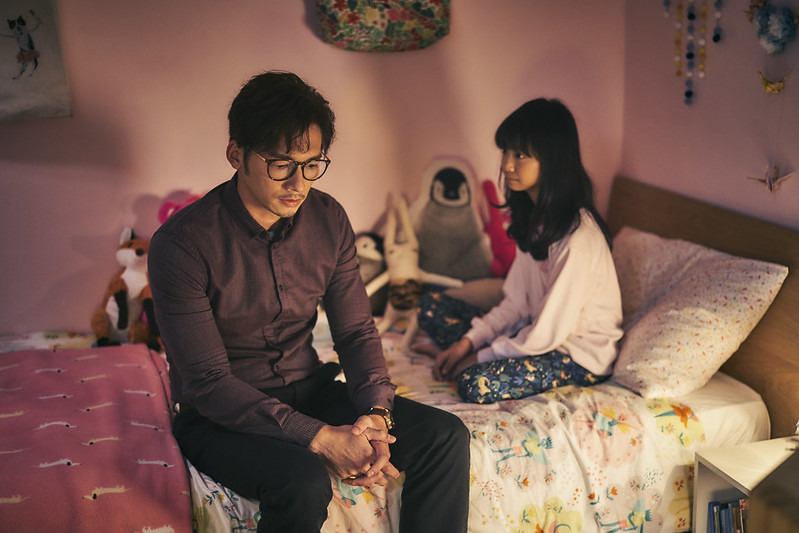 2018 was a great year for HBO Asia Original productions. MISS SHERLOCK, the network’s first Japanese original drama series, and the first HBO Asia Original documentary, THE TALWARS: BEHIND CLOSED DOORS were both recognised at the Asia Academy Creative Awards 2018. MISS SHERLOCK was the national winner for Japan under the categories for Best Drama Series, Best Actress in a Leading Role and Best Actress in a Supporting Role. THE TALWARS: BEHIND CLOSED DOORS was the national winner for Singapore under the Best Documentary Series category. In addition, all six episodes from FOLKLORE, HBO Asia’s first horror anthology series, were recognised at major International film festivals that included the Toronto International Film Festival (Toronto, Canada), SITGES International Fantastic Film Festival of Catalonia (Barcelona, Spain), Fantastic Fest (Texas, USA), and selected for competition at the International Panorama section of Series Mania International Festival (Lille, France).

Shop among my fave finds at Lazada and Amazon.com!