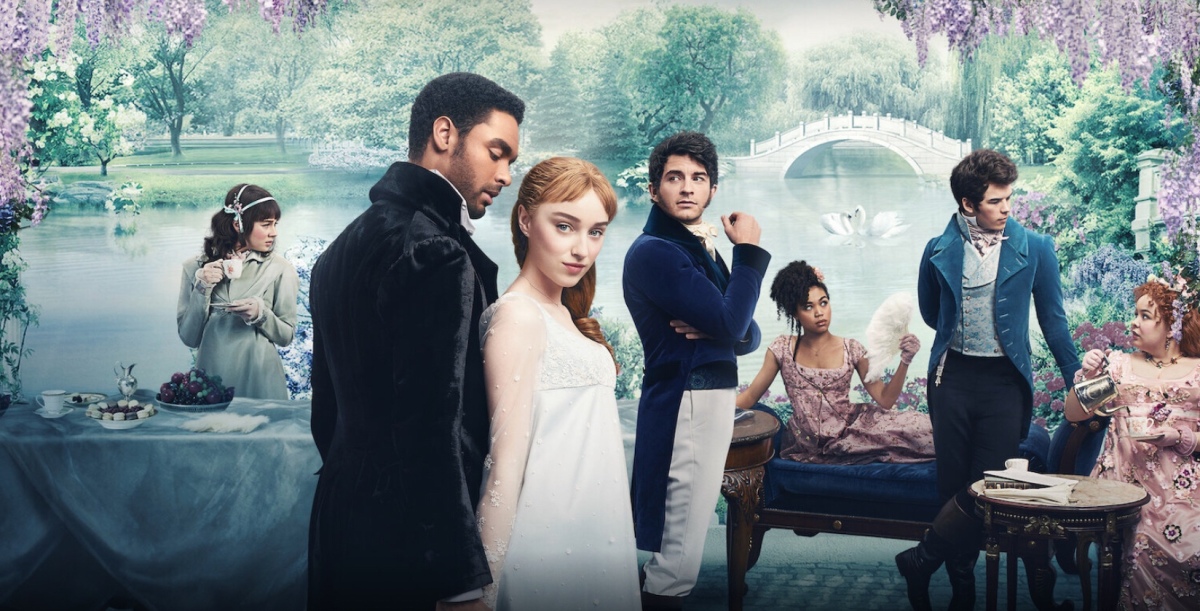 From Shondaland and Creator Chris Van Dusen, Bridgerton follows Daphne Bridgerton (Phoebe Dynevor), the eldest daughter of the powerful Bridgerton family as she makes her debut onto Regency London’s competitive marriage market. Hoping to follow in her parent’s footsteps and find a match sparked by true love, Daphne’s prospects initially seem to be unrivaled. But as her older brother begins to rule out her potential suitors, the high society scandal sheet written by the mysterious Lady Whistledown casts aspersions on Daphne. Enter the highly desirable and rebellious Duke of Hastings (Regé-Jean Page), committed bachelor and the catch of the season for the debutantes’ mamas. Despite proclaiming that they want nothing the other has to offer, their attraction is undeniable and sparks fly as they find themselves engaged in an increasing battle of wits while navigating society’s expectations for their future.

Bridgerton is a romantic, scandalous, and quick-witted series that celebrates the timelessness of enduring friendships, families finding their way, and the search for a love that conquers all.

This is the first project among many of writer-producer Chris Van Dusen with streaming service Netflix. Together with Shonda Rimes and Betsy Beers through Shondaland, Van Dusen adapted, show-ran and executive produced the series.

This smart feminist take on Regency England romance unveils the glittering, wealthy, sexual, painful, funny and sometimes lonely lives of the women and men in London’s high society marriage mart as told through the eyes of the powerful Bridgerton family.

“I couldn’t be more excited about being a part of the creative powerhouse that is Shondaland at Netflix,” said Van Dusen. “Bringing these irresistible books by Julia Quinn to the screen, with the fearless and talented team of storytellers I’ve been so fortunate to have worked alongside for so long, is a dream come true. I am grateful to have a home at Netflix, whose commitment to innovative, groundbreaking storytelling is unmatched.”

Want to lose yourself in the Regency world of the Bridgertons? Check out the best-selling novels by Julia Quinn that inspired the series.

Check out my blog posts about other Netflix shows.