Love Life, a fresh take on a romantic comedy anthology series, features “an Emmy-worthy turn from Kendrick” (Decider, Joel Keller) and “should be the first thing you watch on the new streaming platform” (Glamour, Anna Moeslein). It has “a sharpness and a depth” (Vanity Fair, Richard Lawson), “the writing is sharp” (Uproxx, Kimberly Ricci), and star “Zoë Chao is a standout” (Entertainment Weekly, Kristen Baldwin).

The series comes from creator and co-showrunner Sam Boyd (In a Relationship) and is about the journey from first love to last love, and how the people we’re with along the way make us into who we are when we finally end up with someone forever. Anna Kendrick (Pitch Perfect, A Simple Favor) stars in the first season along with Zoë Chao (Downhill, Strangers), Peter Vack (Someone Great, The Bold Type) and Sasha Compere (Miracle Workers, Uncorked).

GEM, the home of great Japanese entertainment in the Philippines, brings an exciting line up of the best Japanese drama and variety shows this month. 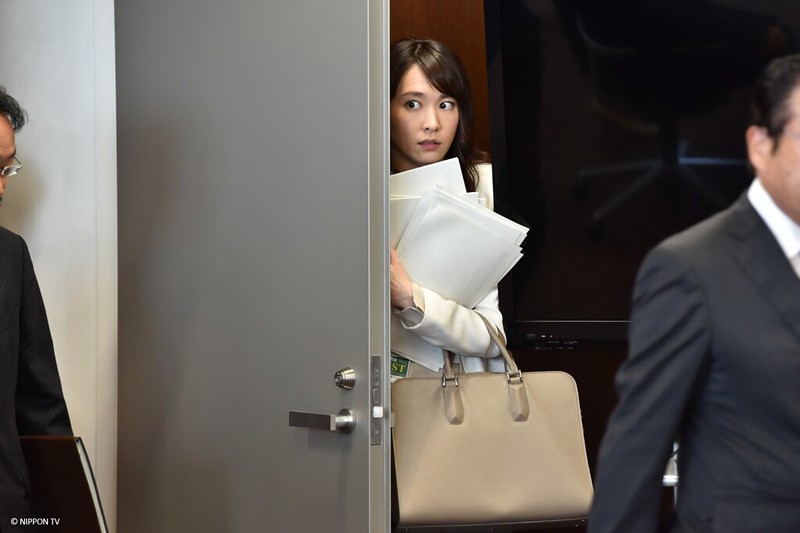 Weakest Beast stars Yui Aragaki as Akira Shinkai and Ryuhei Matsuda as Kosei Nemoto in their fourth collaboration as an on-screen couple.  Written by Akiko Nogi, the show follows the story of Akira Shinkai who wants to be free to be herself and lose her perfect-girl image, and of the cynical, street-smart ladies’ man she meets, Kosei Nemoto. Guarded strangers to each other, they need to learn to let their feelings lead the way.

Matsuda, who is best known for his role of Japanese gangster in the sequel of The Raid, called Berandal, is expanding his acting portfolio by adding romance to his genres.  “This role is going to be fun and I am looking forward to it. It would be great if there were twists to the fabric of relationships between men and women. I hope to portray the role of Kosei Nemoto based on my intuitive feelings of the character; a character that will speak whatever that comes to his mind,” said Matsuda.

Aragaki, on the other hand, is excited to be working with Matsuda again after a long time.  “It has been 11 years since Matsuda and I last starred together in a movie; I am elated to work with him again and it is a treasured opportunity for me. Back then, I was still a high school kid. This time, I will do my best to showcase a different set of acting skills and not to be a burden to him,” said Aragaki. 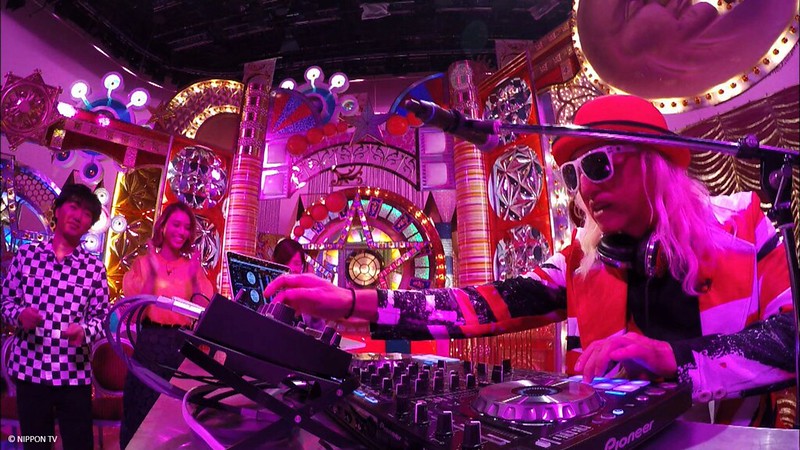 Featuring Kazunari Ninomiya of popular Japanese boyband ARASHI,  NINOSAN first premiered on Nippon TV in April 2013 starting out as a short ‘experimental’ program.  It has since morphed into a talk show, a quiz show, a game show, an animal act, or food program, with Nino working with different directors to produce different segments every week.  In his role as host, Nino brings his point of view and guides the audience through different topics with his witty comments.

NINOSAN airs every Friday at 8.30pm. 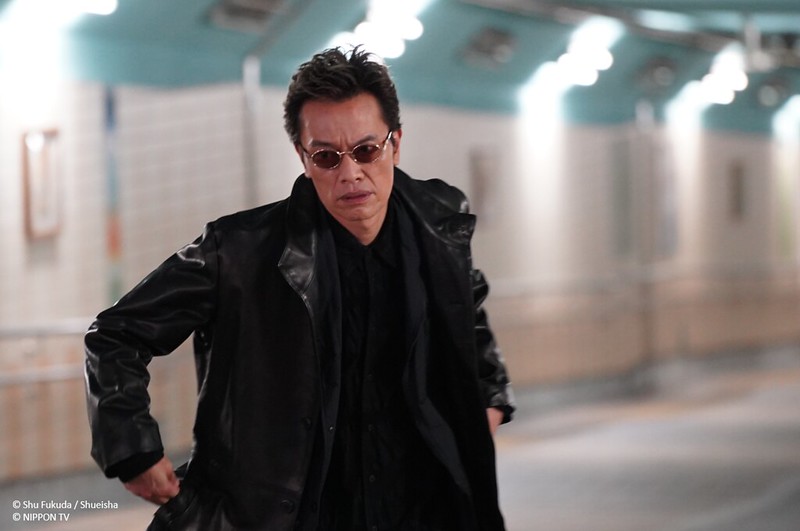 Novice detective, Tsutomu Madarame, grows disillusioned with his job in the Tokyo Metropolitan Police Department that investigates thefts until legendary master thief, Kemuri Garasu (Smoky Crow), starts meddling with Madarame at every opportunity and even helps him solve cases. 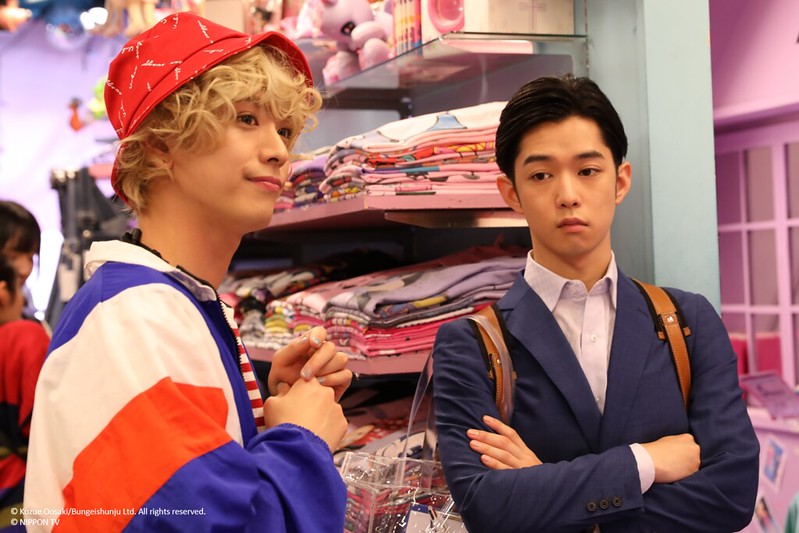 The golden boy of a large publishing company, Yoshitaka Niimi, is unexpectedly transferred from a literary editorial department to Pipin, a Harajuku-style fashion magazine. A resentful Niimi soon realizes that the job is not simple and superficial after witnessing the professionalism of the various hardworking people who create kawaii culture. He decides to be professional about his work and begins to understand the passion that fuels the job and its people.

Way Too Kawaii! airs every Monday at 9.00pm, same week as Japan. 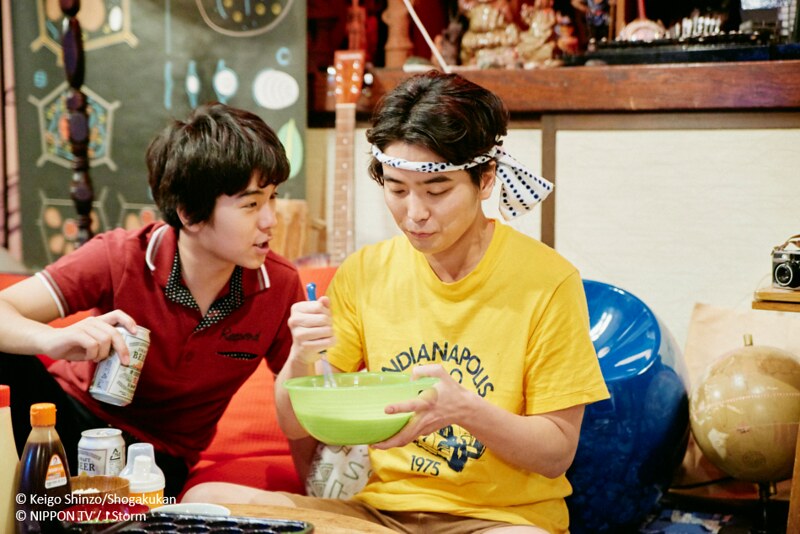 In the year 2020, a creature from outer space appears before white-haired university student, Fuyunosuke. Realizing that this creature is his brother, he names him Natsutaro, to fit into his surroundings of Tokyo. The alien brothers are on a surveillance mission to find out if their species could survive on another planet. While on Earth, the brothers must learn about humans and the only way is to interact with them.

GEM is the glittering jewel of Japanese entertainment. A joint venture between Sony Pictures Television (SPT) Networks and Nippon Television Network Corporation, GEM enjoys access to exclusive Japanese content from Nippon TV. The channel features first-run and exclusive dramas, comedies and variety entertainment shows from Japan, which include selected prime-time dramas airing same time and within the same week of their broadcast in Japan.

Catch the shows on GEM on SKYcable ch 116.

Show details and images provided by GEM in a recent press release.

Simone Nortmann (“Stroomop,” “Wonderlus”) and Francois Jacobs (“Canary,” “Wonderlus”) headline the cast of the 2016 film, For the Birds.  Nortmann stars as Irma Humpell, an independent and stubborn tomboy who finds herself in front of the alter next to Sampie de Klerk, played by Jacobs, an extremely charming rugby player, but not before she teaches him a thing or two.

CinemaWorld brings this 2016 South African romantic comedy for free on SKY On Demand this September,  allowing registered users of the video streaming service to view the movie online for one month at no additional cost.  The title is available in its original Afrikaans but with English subtitles.

To use SKY On Demand, register at skyondemand.com.ph (service currently available to SKYcable subscribers). You can watch the movie and more using your computer’s browser or by downloading the SKY On Demand app on the Google Playstore or the Apple App Store.

CinemaWorld is a 24-hour, movie channel that premieres the world’s best and award-winning movies, box-office successes, critics’ favorites from all around the world. In the Philippines, SKYcable and One SKY subscribers can add it to their channel line-up for only Php150/month.

SKY On Demand not available where you are?  Watch For the Birds on Amazon Prime. Start your free trial today.