Hainan cuisine is derived from the cooking styles of the people of the Hainan Province in China which is lighter, less oily and more mildly seasoned than those of mainland China.

Hainanese Chicken Rice, in particular, is based on the well-known Hainan dish Wenchang Chicken, but has been adopted and considered the national dish in Singapore.  It is traditionally prepared by poaching a whole chicken at sub-boiling temperatures , with some of the resulting stock combined with ginger, garlic and other aromatics used to cook the accompanying rice, producing a yellowish, flavorful and oily rice. It is usually served with three dipping sauces: a spicy red chili sauce, a dark soy sauce, and freshly ground ginger.

While out shopping with Hubby in Eastwood Citywalk, we decided to have lunch at Hainanese Delights.

We eschewed the more traditional preparation of Hainanese Chicken and instead opted to each get a Hainan Fried Chicken (Php149) since we favor its crisper and more flavorful skin which we think goes better with the refillable Hainanese rice.  We also shared an order of Eat the Heat (Php190), the spicy fried squid adding some kick to our meal. 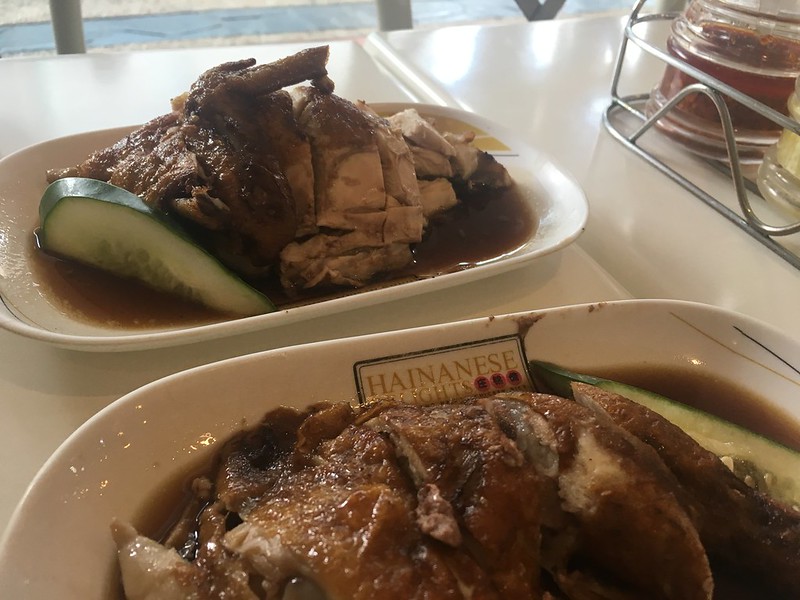 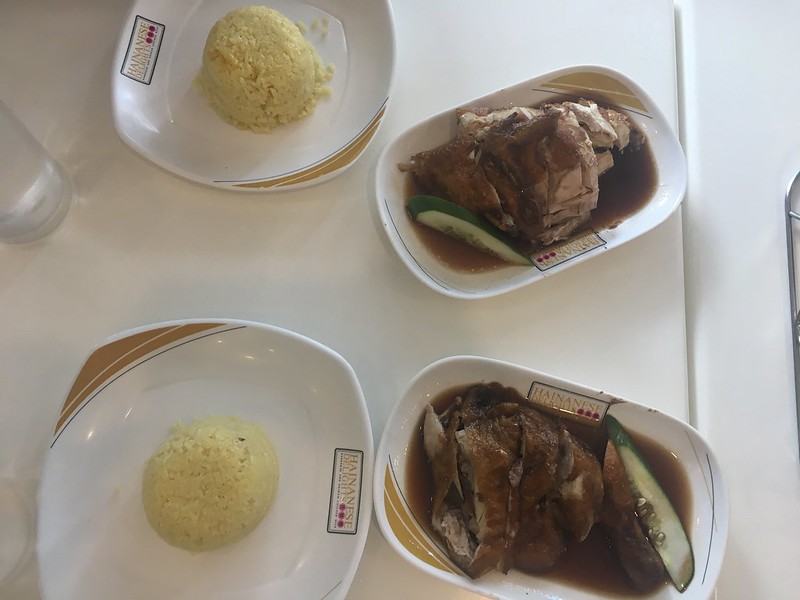 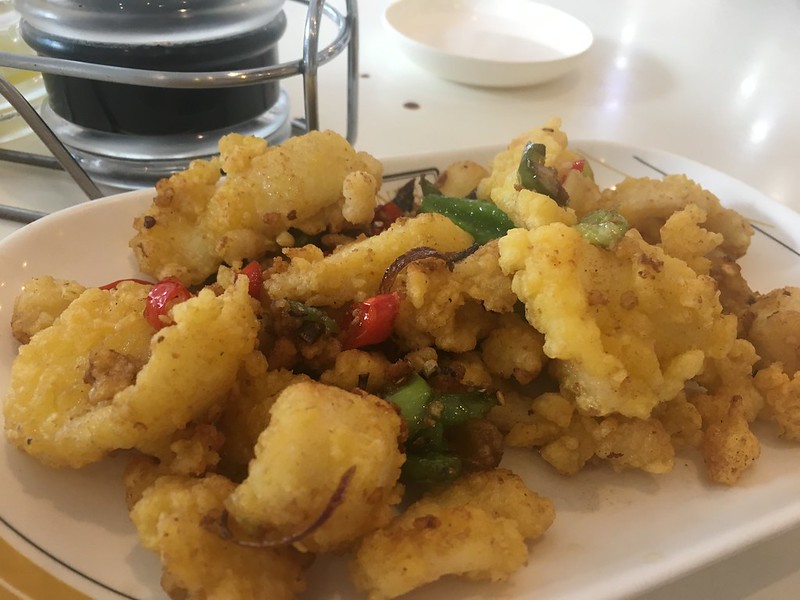 It was pretty much a no-frills and no-fuss meal, with servers just prompt to serve the orders and nothing else.  The restaurant itself is quite plain and bare, not a place you would think to linger in after finishing your meal.

Still, if all you’re after is an affordable taste of Asian flavors, then drop by this store and satisfy your craving.

This Hainanese Delights branch is located at the 2nd Floor, Eastwood Citywalk 2, Libis, Quezon City.  Other branches may be found at:

Want to whip up Asian dishes at home? Check out these recipe books on Amazon.com.

101 Asian Dishes You Need to Cook Before You Die: Discover a New World of Flavors in Authentic Recipes

Want to try some recipes today? There’s no need to leave home to shop for ingredients.  With Honestbee, just order your groceries online and you’ll get them delivered right at your doorstep at your preferred time. Use this referral link and get Php500 off for a minimum spend of Php2,500.  You can download the Honestbee app on iTunes or Google Play.