When we think of Michelin-star restaurants, what comes to mind are posh establishments and stiff dining etiquette.

That couldn’t be farther from Hawker Chan. 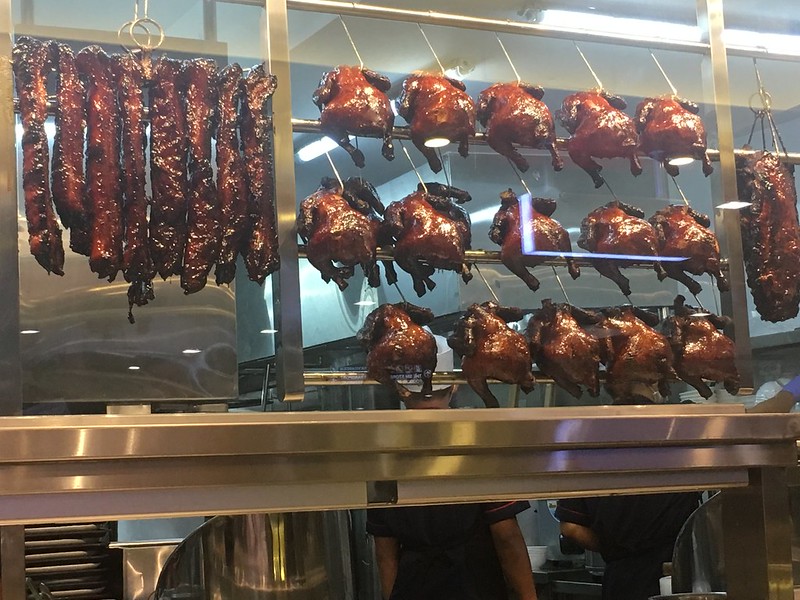 The internationally acclaimed Singapore-based restaurant, famous for its Soya Chicken Rice, has opened a store at SM Mall of Asia earlier this year and is now opening its second branch in the country in SM North EDSA.

Founded by Malaysian chef Chan Hong Meng in 2009 as a small store in the largest hawker center in Singapore serving soya sauce rice, Hawker Chan has since been recognized by Michelin’s Singapore Guide when it debuted in 2016 and every year since, making it the most affordable Michelin-starred restaurant in the world.

Hawker Chan was brought to the Philippines by Foodee Global Concepts, which currently manages fourteen food brands in the country.

Together with fellow foodies and other selected guests, I attended a pre-opening dinner at Hawker Chan SM North EDSA. 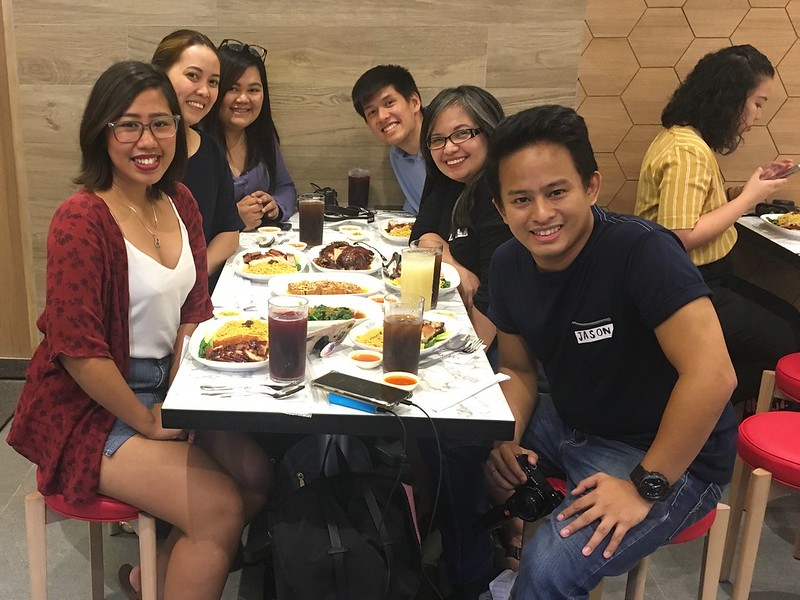 Among the dishes we sampled are:

Combination Platter of Char Siew, Roasted Pork and Pork Rib (Php270). Served with either plain rice or Hawker Chan’s signature noodles freshly made daily, it is a hearty meal for meat lovers. 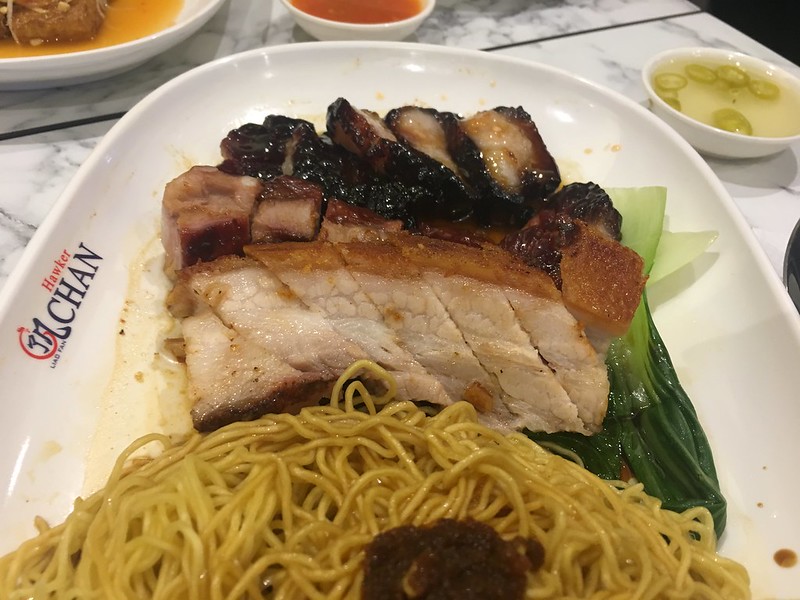 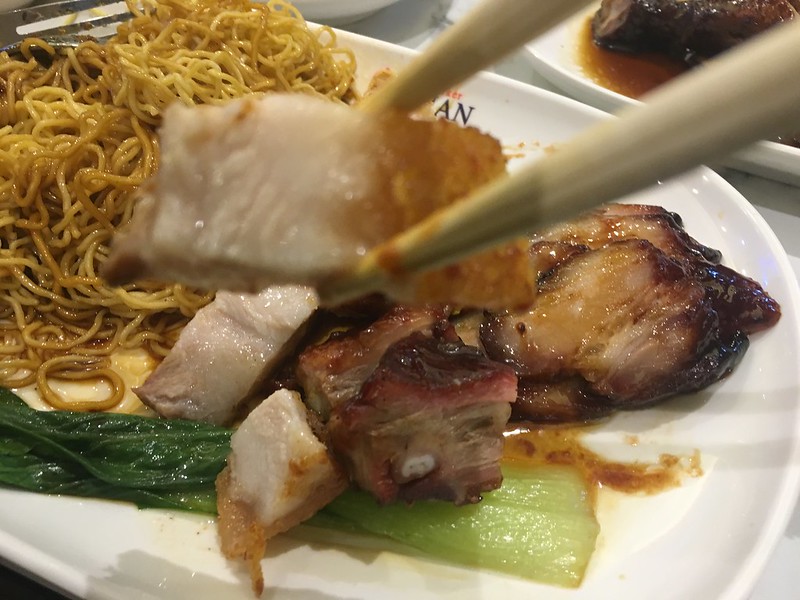 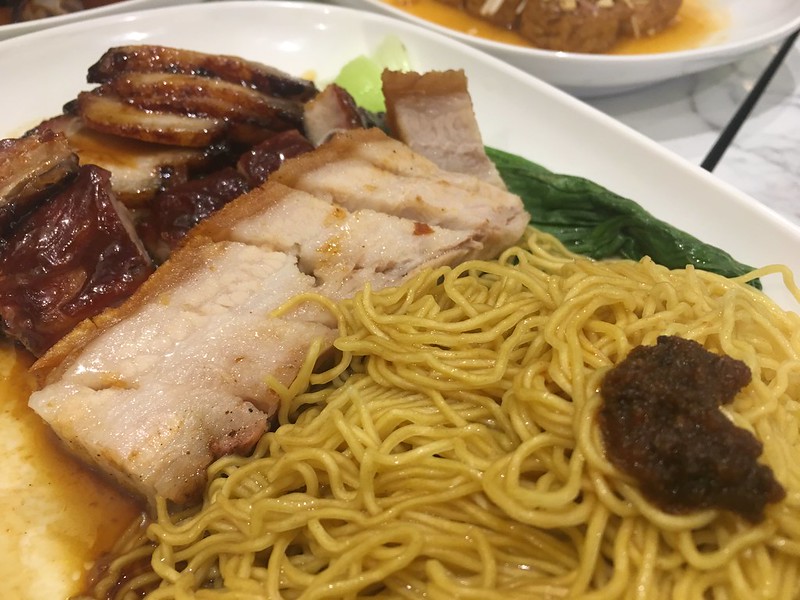 Chicken Platter (Php299 for half | Php598 for whole). Juicy, succulent chicken with that flavorful skin, it just makes you want to get more and more. 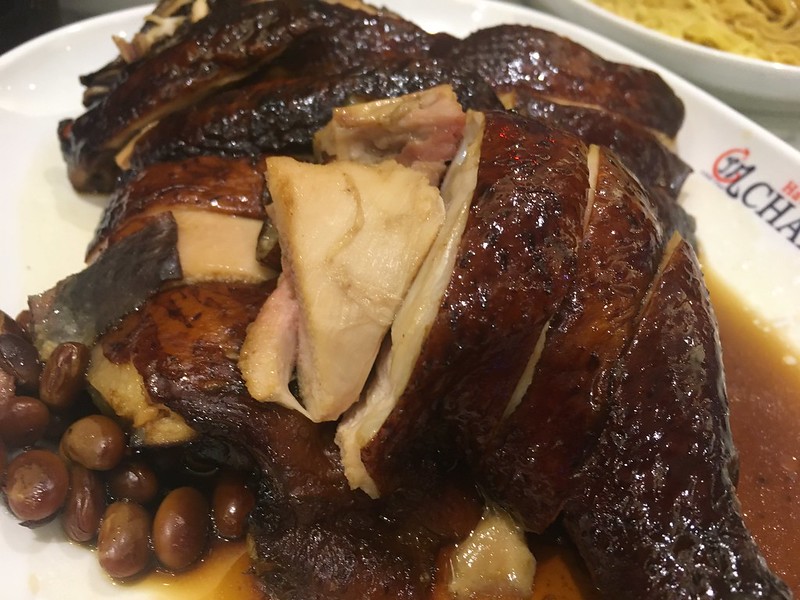 Thai Style Tofu (Php160). Our wait staff Ian called it the healthier option among the items served but I’m calling it an addition to the items on my plate (Yep, an addition, not an option. I’m having all of them and who’s to stop me? :-)) It adds a contrast in texture and spiciness to the other dishes. 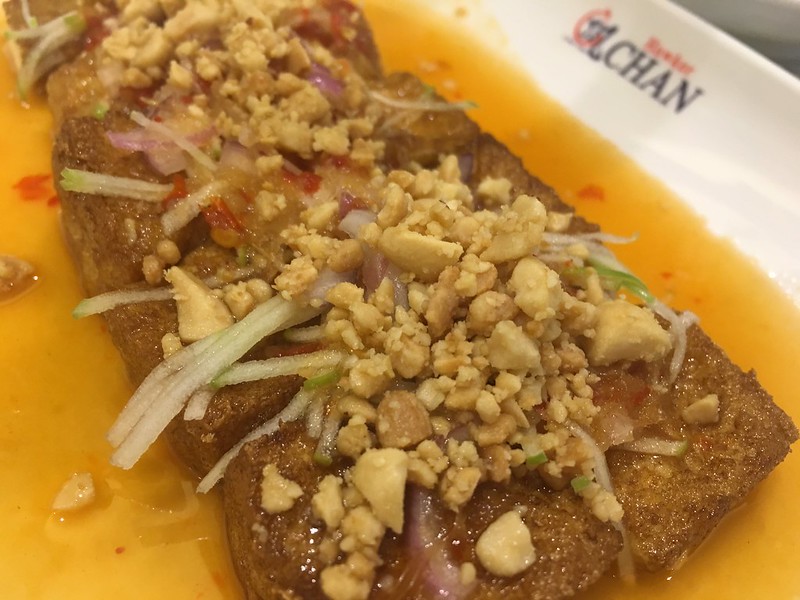 I don’t know about you, but I’m hoping they open another branch nearer to my place soon so I can enjoy a great, affordable hawker meal! 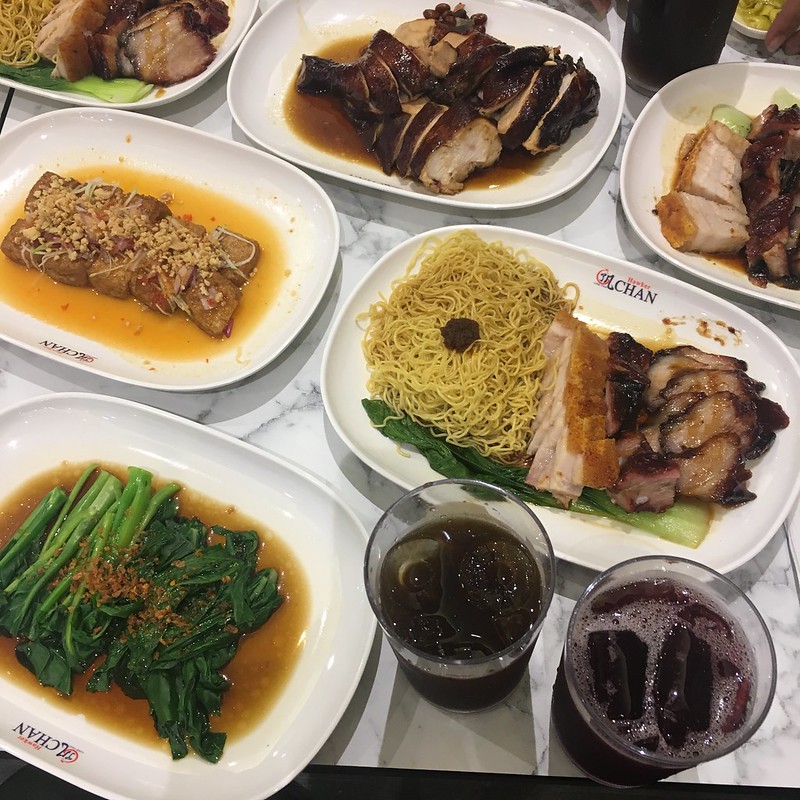 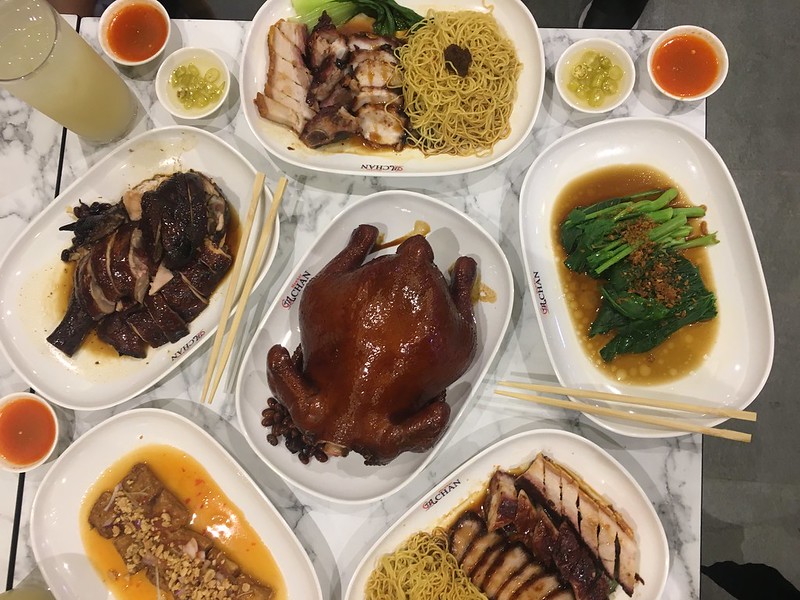 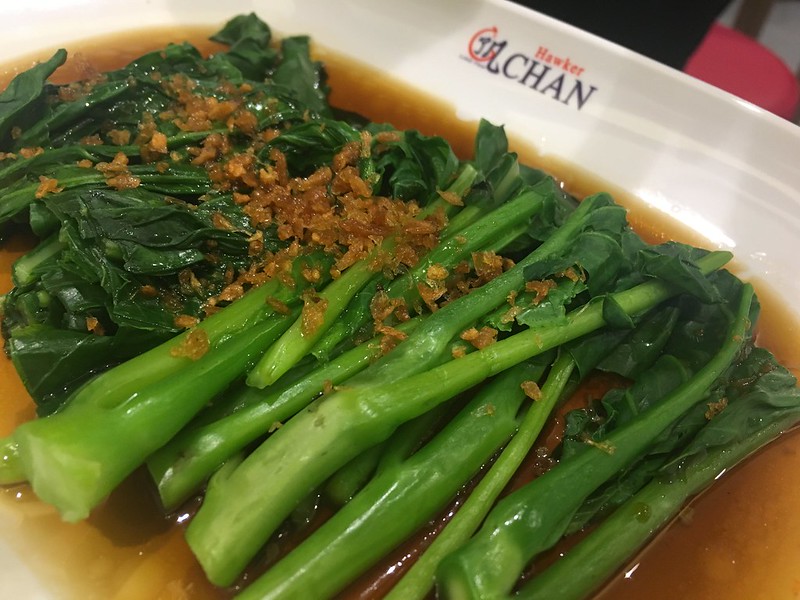 This Hawker Chan branch is located at the Upper Ground Level, City Center at SM North EDSA, Bago Bantay, Quezon City. With a seating capacity of 56 people, it is open daily from 10am to 10pm.

Did you know that there’s a possibility that you can enjoy Hawker Chan’s Soya Chicken Rice for a year at this branch? Simply be among the first ten customers when this branch opens on December 4 and 5. The 11th to the 20th customer will get 6 months supply, the 21st to the 50th will get 3 months supply and the 51st to the 100th customer will get a month’s supply. Remember: you found out about it here (and maybe treat me to one of those free Soya Chicken Rice, maybe? Hehehe!) 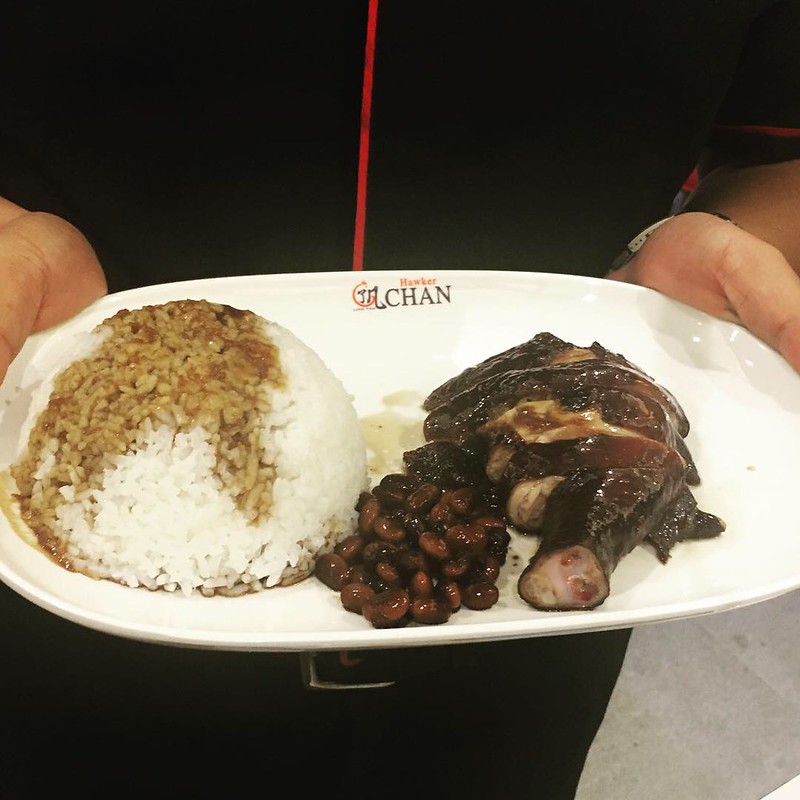 And with Christmas just around the corner, you can treat your fam-bam to a family-sized platter of Hawker Chan’s mouthwatering roasts – Char Siew, Roasted Pork and Soya Chicken – good for six to ten people.

Disclosure: Together with other food bloggers, I was invited to attend a Pre-opening Event held in this restaurant. Food items mentioned here were served to allow us to sample the fare and were not paid for by the attendees, including myself.