Like the proverbial Poseidon rising from the waves, a new food park emerged along busy Timog Avenue in Quezon City.  Called 8 Seas Food Park Adventure, its design and vibe hark back to sea voyages and swashbuckling exploits.

Well, the adventure here resides in its food choices, owing to its large array of eateries to cater to hungry residents and office workers in the area.

Together with fellow foodies of #WeLoveToEatPH, I attended a foodie meetup here where we sampled the offerings from nine of its food stalls.

One of the first stores you will see upon entering the food park, Kocco Tea Kitchen provides a variety of refreshing drinks that can be paired with the food offerings of the other stalls. Its beverages include loose leaf teas, milk teas, iced teas, lemonades, coffees and frappes. Its Wintermelon Milk Tea (Php120), for example, is a refreshing and light beverage. The Shark Attack (Php110), on the other hand, is an imaginatively concocted black iced tea with an added colors of blue and red to signify the eponymous shark attack (such an invigorating drink, if a little bit morbid, hehehe!) All of Kocco Tea Kitchen’s tea drinks are made of brewed (not powdered) tea, hence a higher quality in terms of flavor and consistency can be expected. 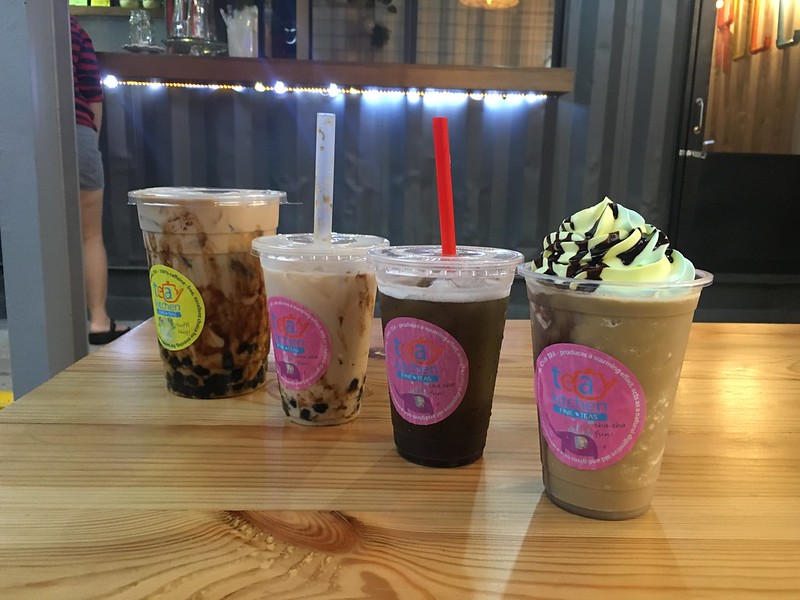 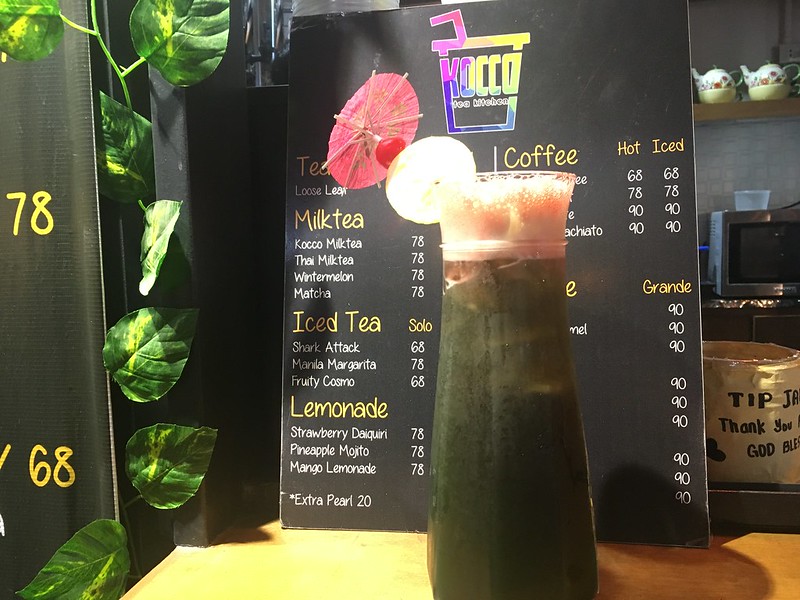 Fanatic of fried foods? You’re in luck because you can find them here at ChickaPig, where they take the form of (guess what!) chicken and pork cutlets, fried for your satisfaction. Take your pick from among yummy yet reasonably priced treats such as the Crispy Bagnet (Php155), BBQ Karaage (Php110), Garlic Parmesan Wings (Php155) and Crispy Sisig Bagnet (Php135). Enjoy them on their own as pulutan or as viands paired with steamed rice. 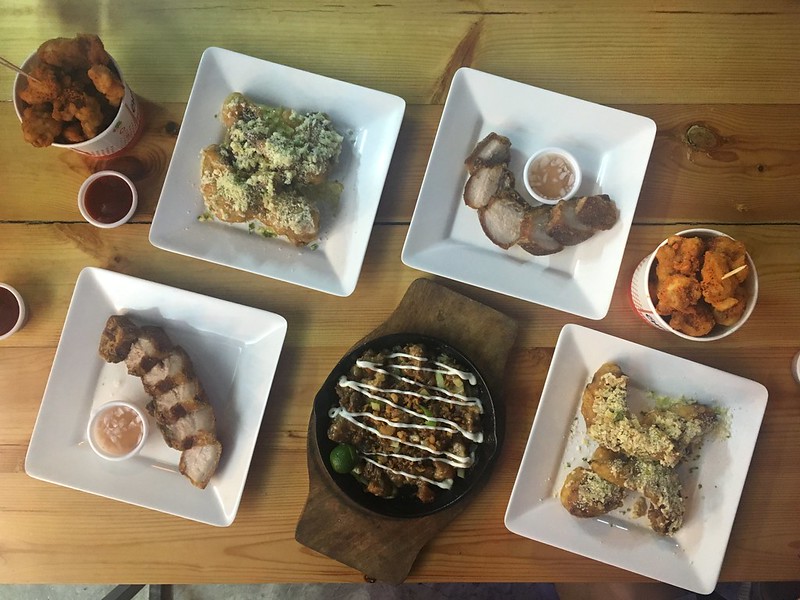 Carnivores will be able to sate their hunger for meat at this joint. Among its regulars, the hits are its Ribeye Steak (Php190), a tender piece of beef served with rice, vegggies and a peppery gravy, and its Smash Burger (Php160) which uses meat blend with a lean-to-fat ratio of 70/30 for a more flavorful and juicy patty, ideal when cooked anywhere from medium-rare to medium-well. 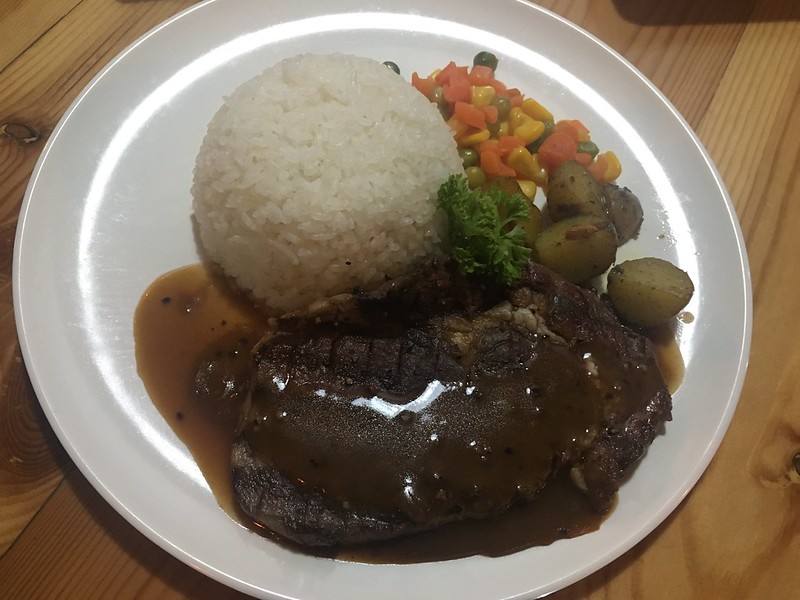 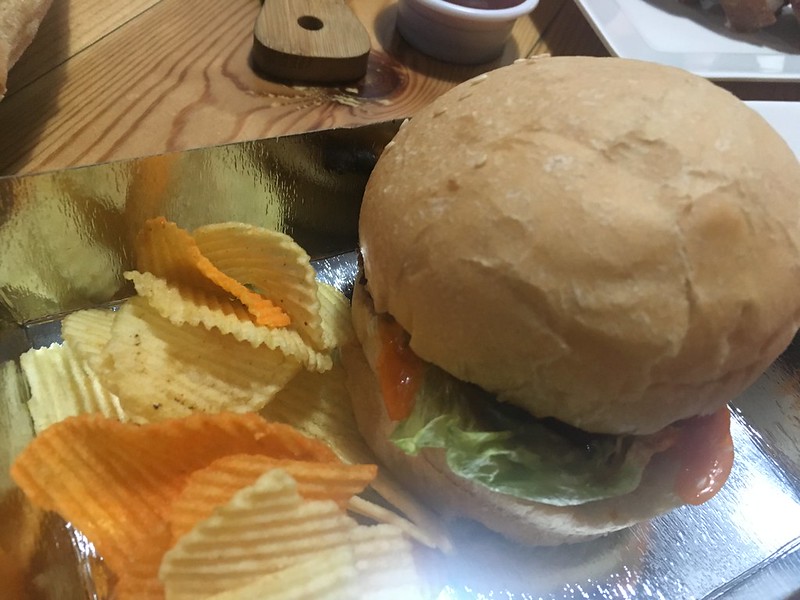 Xavierville’s trending place for homemade sausages has found its new home at this food park as well. Butchataki gets its moniker from the name of the proprietor “Butch” and his remembrance of when he got a stroke from all his previous stress – “ataki.” It prides itself on its eight sausage variants. – Original, Original Spicy, Hungarian, Hungarian with Cheese, Bavarian with Cheese, Bratwurst, Bratwurst with Cheese, and Cheese with Corn, showcased in its Sausage Beer Brats (Php250). It also offers Lechon Sisig (Php300) which is great with rice or can serve as your barkada’s pulutan. 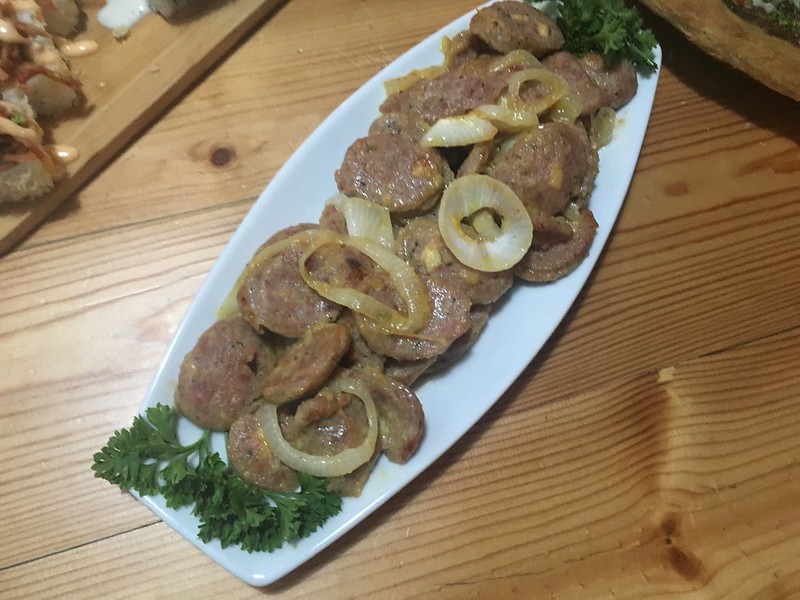 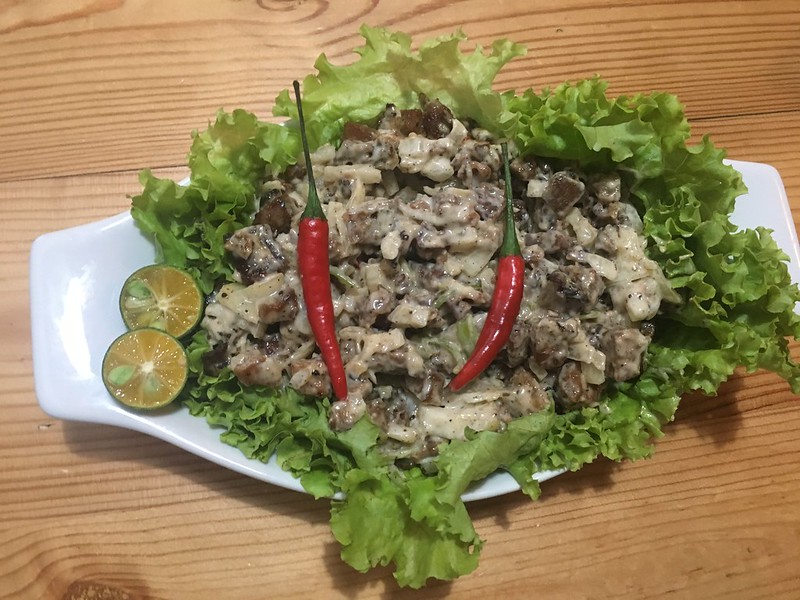 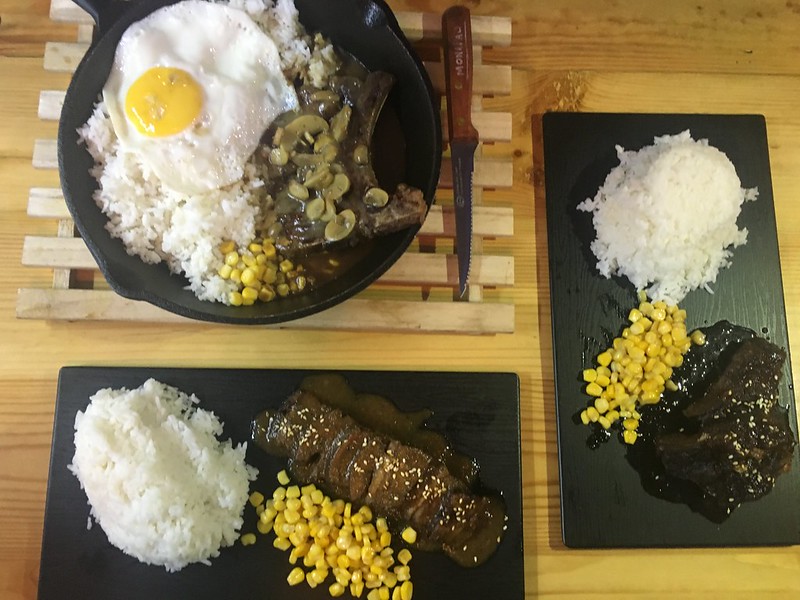 The brainchild of a husband-and-wife team who started out selling their sushi rolls online, Bermy Sushi Shack is the place for Japanese food lovers to enjoy freshly-made sushi, customized by the store with its own signature sauces. When you drop by, be sure to try out its Overproof Nigiri (Php195), Spicy Crunchy Tuna Roll (Php240) and Floki Roll (Php295). 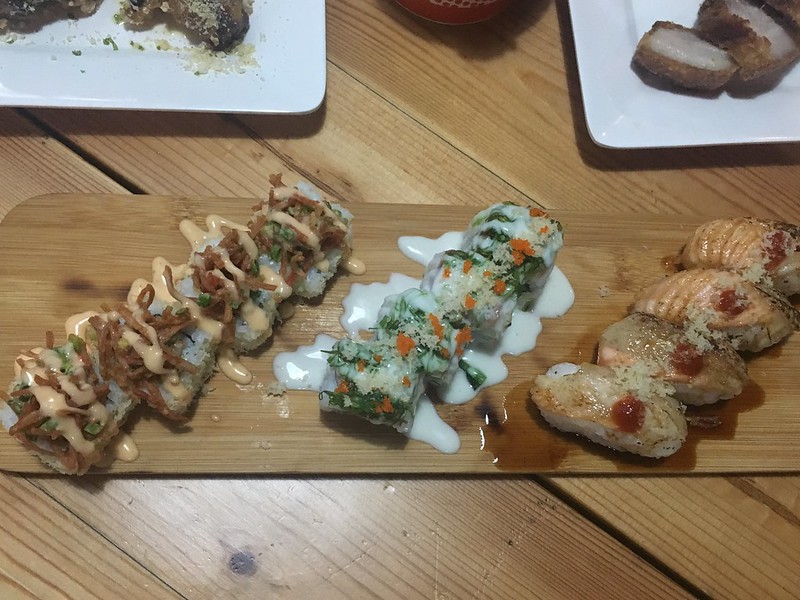 The Ilonggo delicacy chicken inasal is the main feature of this food stall. Chicken pieces are marinated in a special blend of vinegar, calamansi juice, ginger, garlic and brown sugar then set on the grill until done, basting frequently with a mixture that contains annato (“achuete”) oil. This gives the chicken inasal its signature orange color. I’m not a big fan of the Pecho Pakpak (Php160) or the chicken breast and wing part as I usually prefer flavor and juiciness of darker chicken meat such as the Paa/Hita (Php150) or the leg and thigh parts. Soogba also offers Spareribs (Php180) for pork lovers out there! 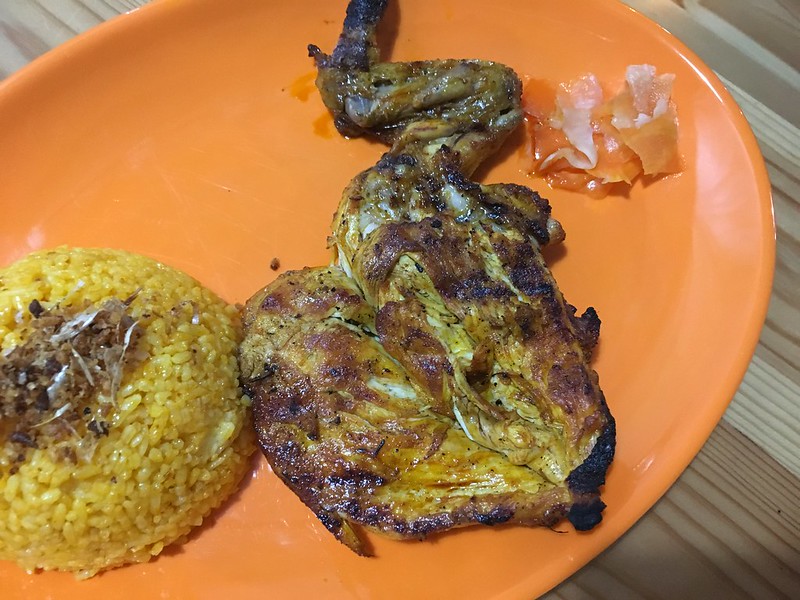 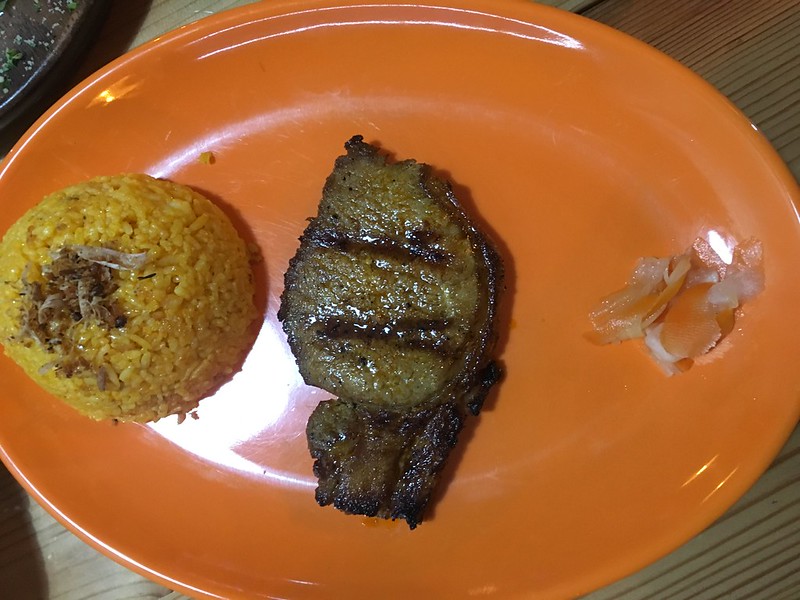 Italian food lovers, on the other hand, have a go-to place in this food park. Cucina di Paulina is owned by former pro wrestler turned chef Bombay Suarez. Its initial 15-item menu upon its soft opening in November quickly grew to 64 items by its second month of operations. Today, its bestsellers include the Pizza Pesto Margherita with Truffle (Php350), the Italian Sausage Pizza (Php350) and the Laing and Lechon Kawali Pasta (Php185). 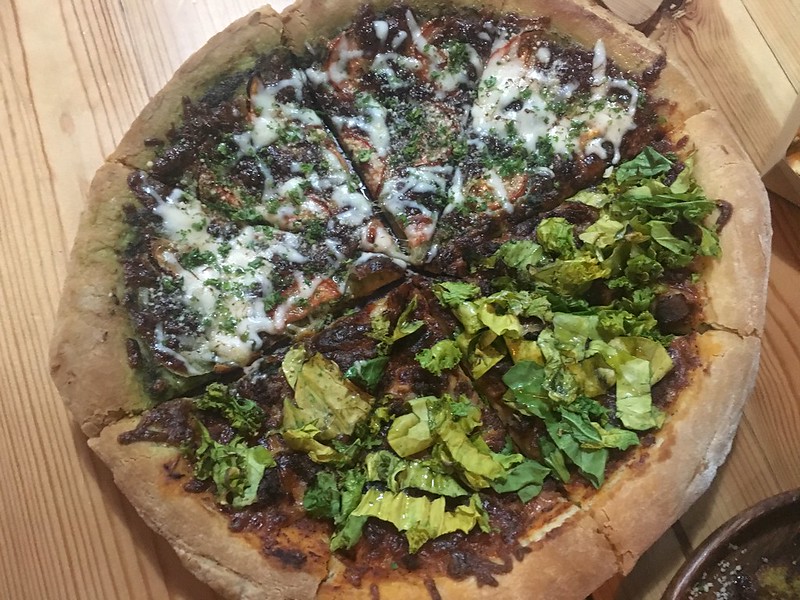 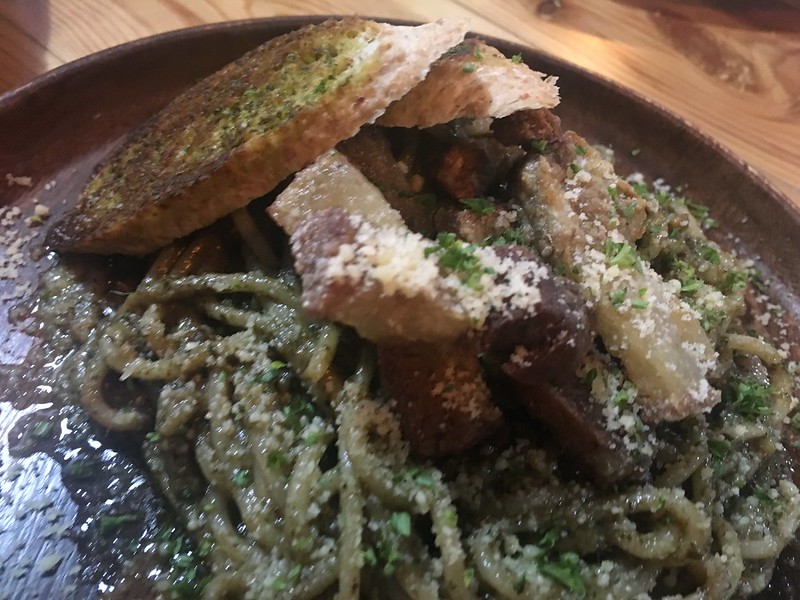 If you’re a Korean barbecue fan and you brought your appetite with you, you’re in for a treat. Did you know that you and your mates can enjoy unlimited pork at only Php299/head? This already comes with all the rice you can eat, side dishes, drinks, soup and melted cheese (Ooh! Loved that cheese!). Want some variety in your grilled meats? Opt for unlimited pork, chicken and beef at only Php399/head. 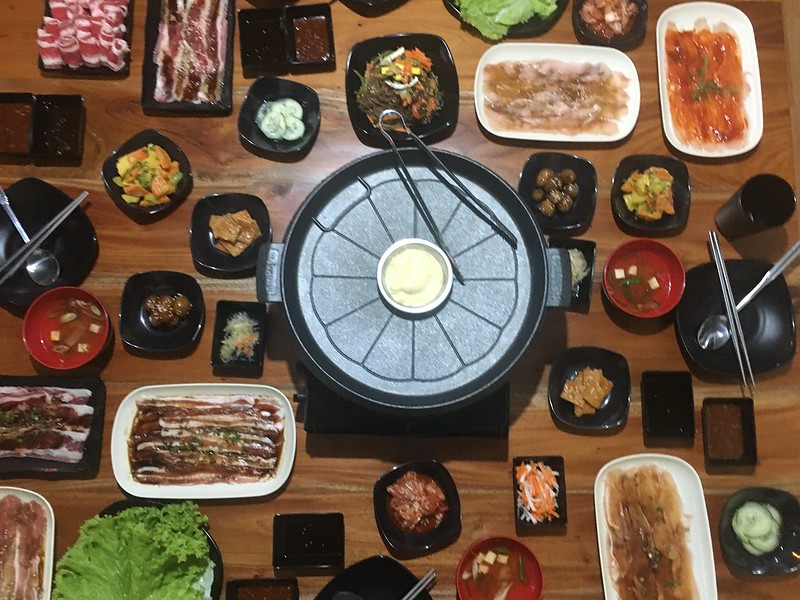 My adventure with my fellow foodies is rife with laughter and lots of good food. Hopefully, I can come back and bring more of my friends to enjoy a similar food adventure. 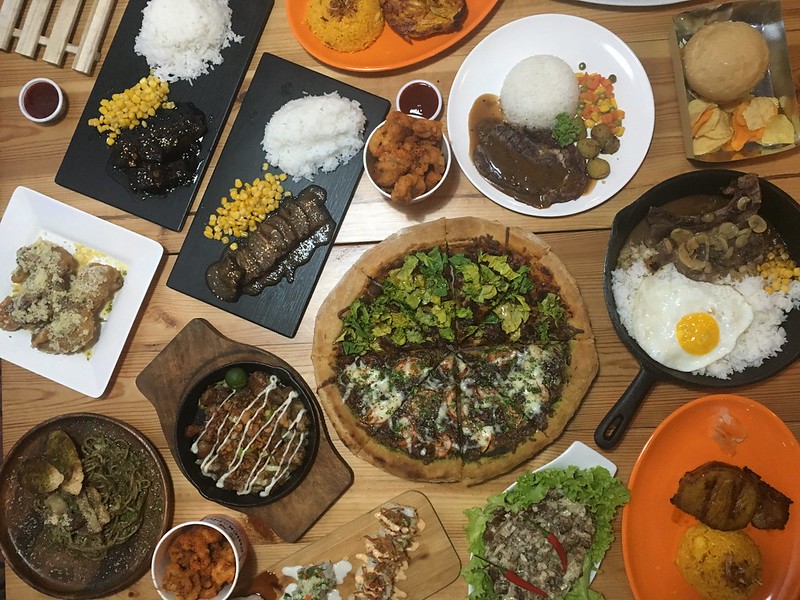 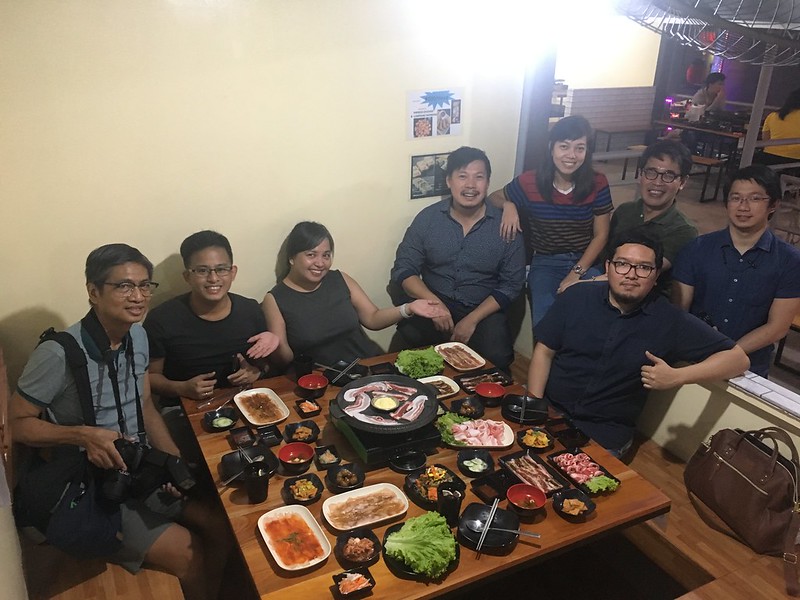 Thanks to Chef Jocen of BoodleBear for extending the invite!

8 Seas Food Park Adventure is located at 122 Timog Avenue, Sacred Heart, Quezon City, open weekdays from 10am to 12 midnight, and weekends from 4pm to 12 midnight.

Disclosure: Together with other foodies, I was invited to join a foodie meetup held at this venue.  All the food items mentioned here were served to allow us to sample the fare and were not paid for by the attendees, including myself.