A key feature of Singapore’s foodie scene is the proliferous hawker shop. Populated by stalls selling wondrous varieties of inexpensive food, the Singapore’s hawker centers are among the first food stops for many tourists and a go-to place for good yet cheap eats for the locals.

Having already closed her Southeast Asian Restaurant Wild Ginger in the Power Plant Mall, Marla Moran decided to use the space vacated to bring a hawker-style eatery to the mall. And so the Roti Shop came to be. 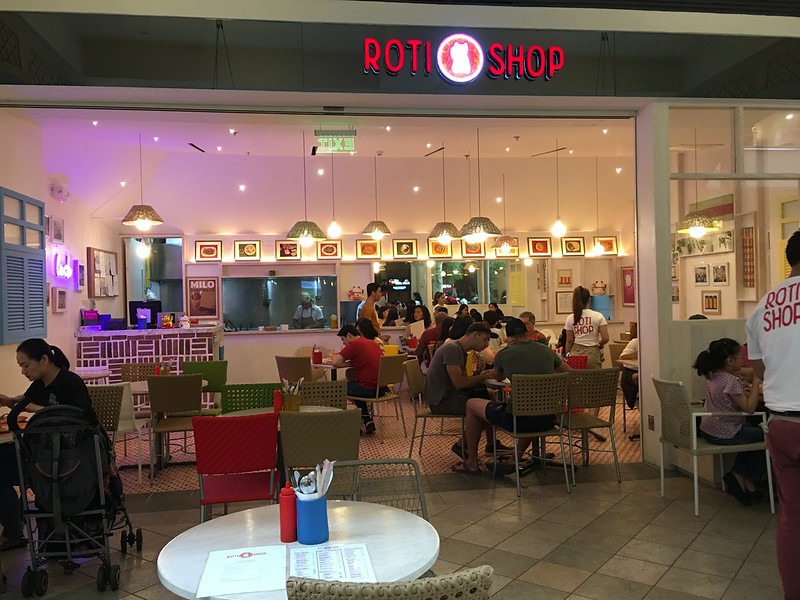 The resto’s premises are bright and cheery, with a happy jumble of bright colors and kitschy decor, particularly those maneki-nekos, cat figurines with one paw periodically waving, or beckoning to customers. These figurines are said to bring good luck to business establishments. 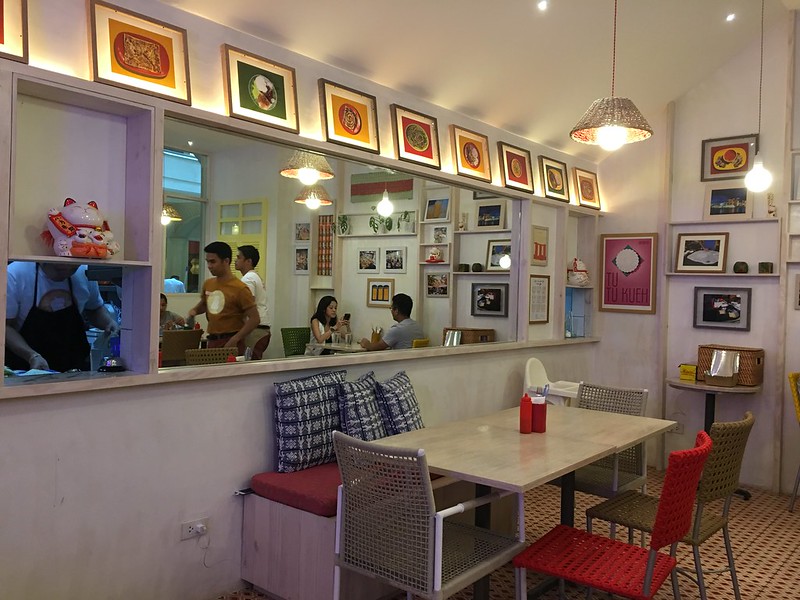 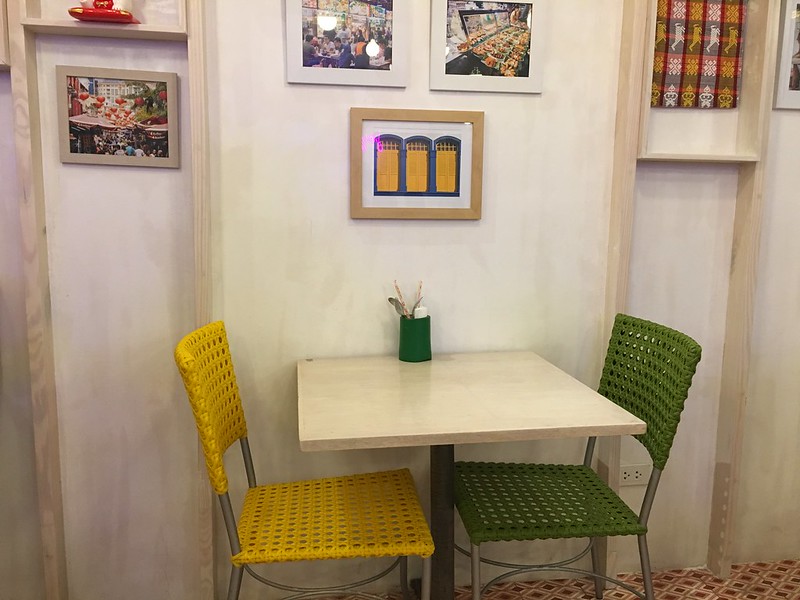 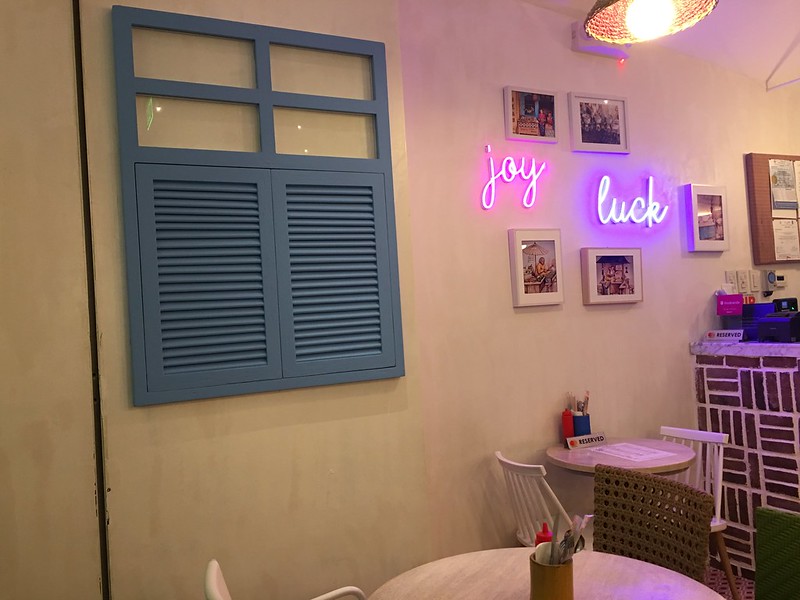 Roti, obviously, is the key item in most dishes served here. Also known as chapati, it is a round unleavened flatbread rooted in Indian cuisine. Normally eaten by hand, it is served hot from the pan then usually pulled apart and shaped to scoop into savory side dishes. Alternatively, cheese and other ingredients may be folded into the roti dough, resulting to tasty murtabaks. 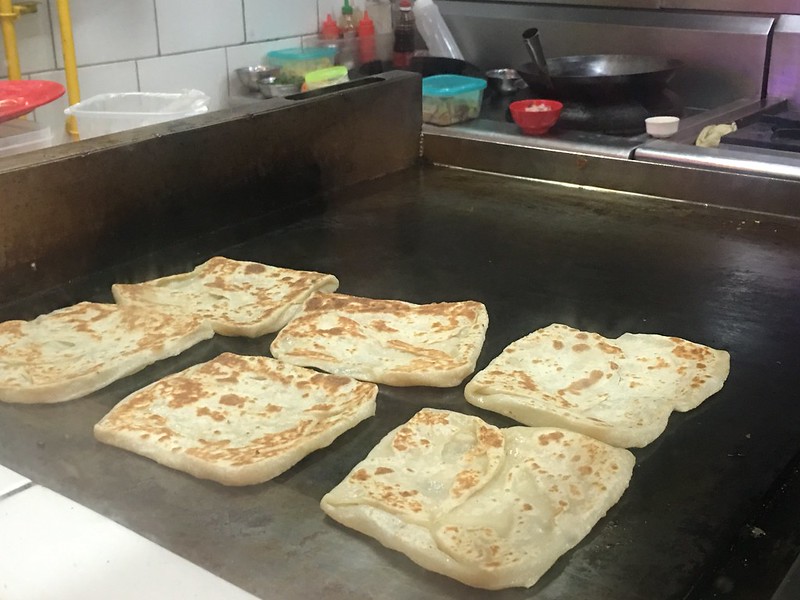 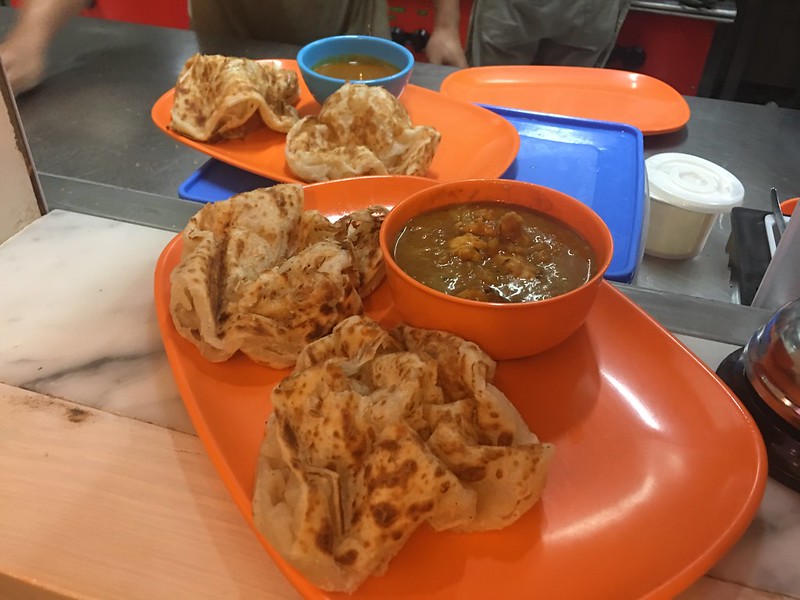 Together with fellow food bloggers from #WeLoveToEatPH, I was able to sample some of the Roti Shop’s signature offerings, which include:

Cheese Roti Prata (Php160). Cheese slices are inserted in between balls off roti dough then flattened down prior to cooking in a buttered pan, resulting to a crispy and flaky flatbread with melted cheese flavoring each bite. This is among the most basic of roti varieties; I would prefer to dip it into a stronger flavored side dish but it is a safe bet for those new to this kind of cuisine. 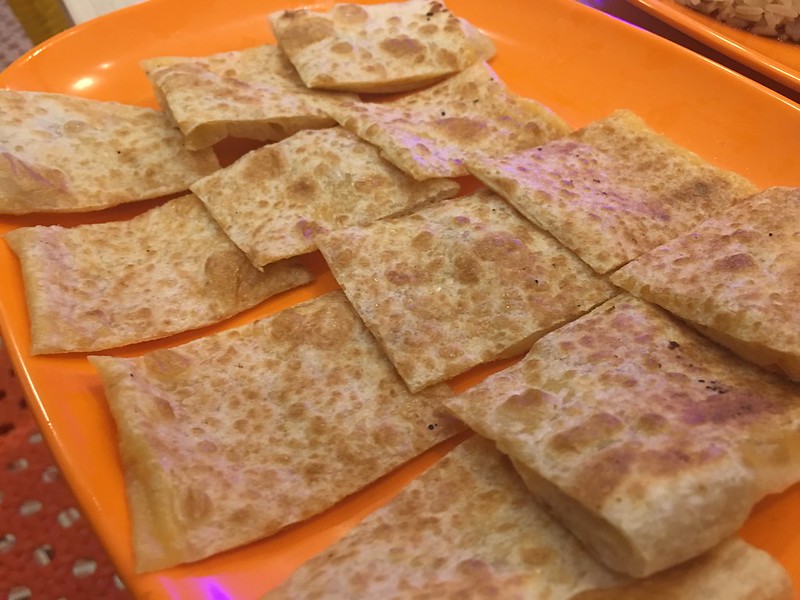 Beef Murtabak (Php215). Consider this the Asian Quesadilla: the roti prata is stuffed with marinated minced beef which makes for a filling, savory dish. 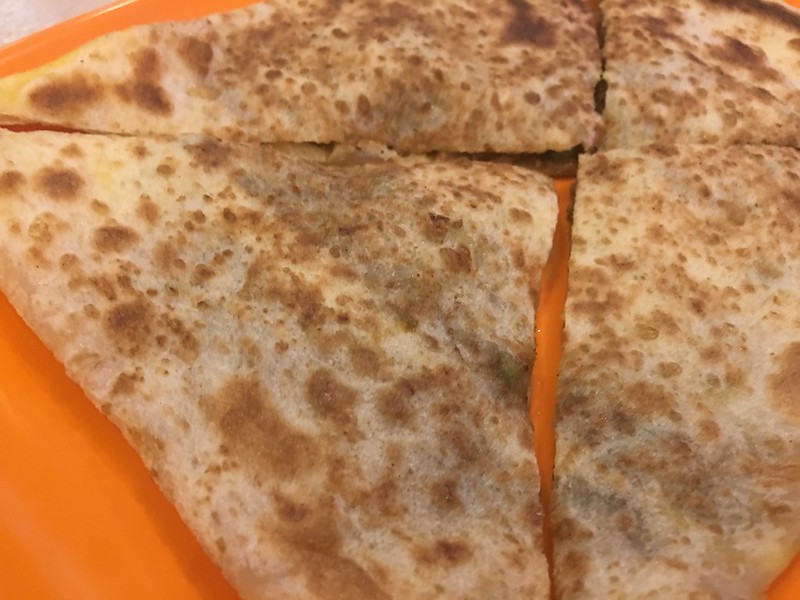 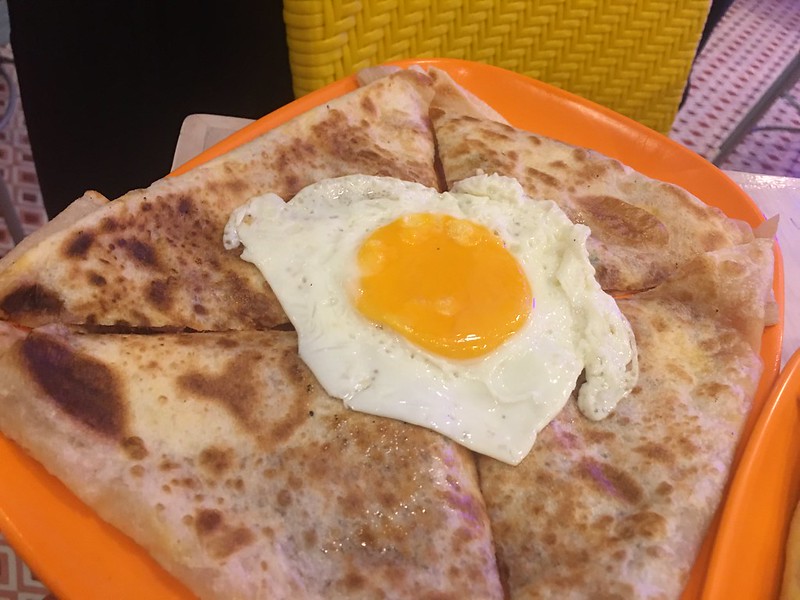 Veggie Murtabak (Php195). A savory mixture of chickpeas, peas, spinach and carrots replaces meat as the filling in this murtabak, which will surely be much appreciated by those on a vegetarian diet. 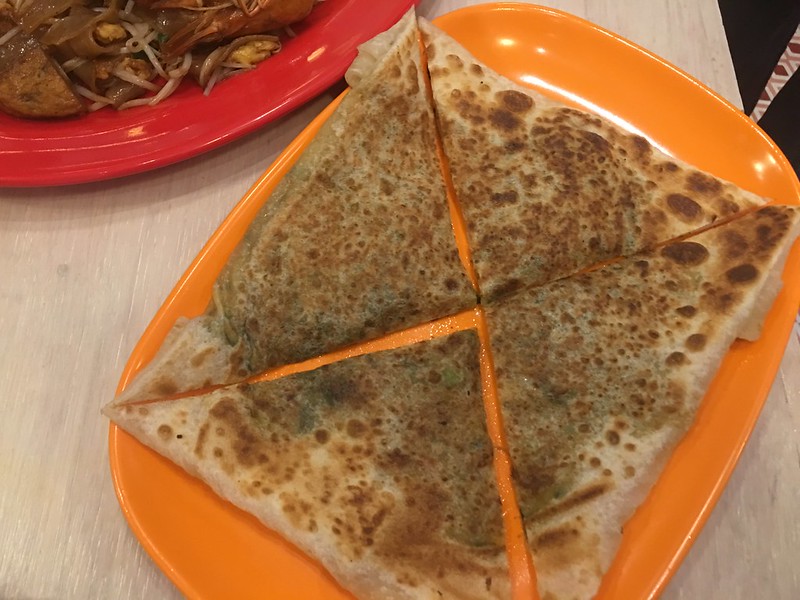 Roti Tisu. Its name translates tom “roti tissue paper” because the bread is actually paper thin. In Singapore, however, it is called “roti helicopter” as the cooks usually spin the dough around to stretch and flatten it prior to cooking. It is then twisted into a cone and sprinkled liberally with chocolate sauce and candy sprinkles. Quite a treat for those of us with a sweet tooth! 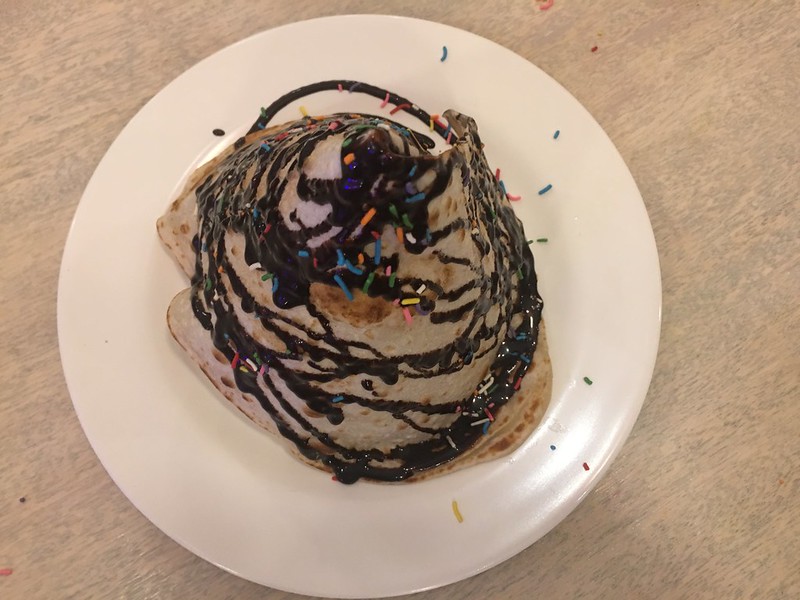 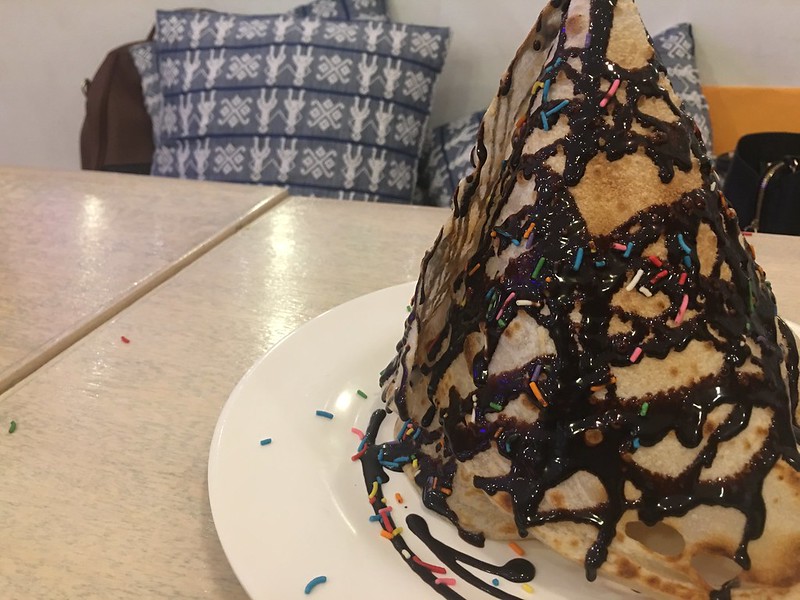 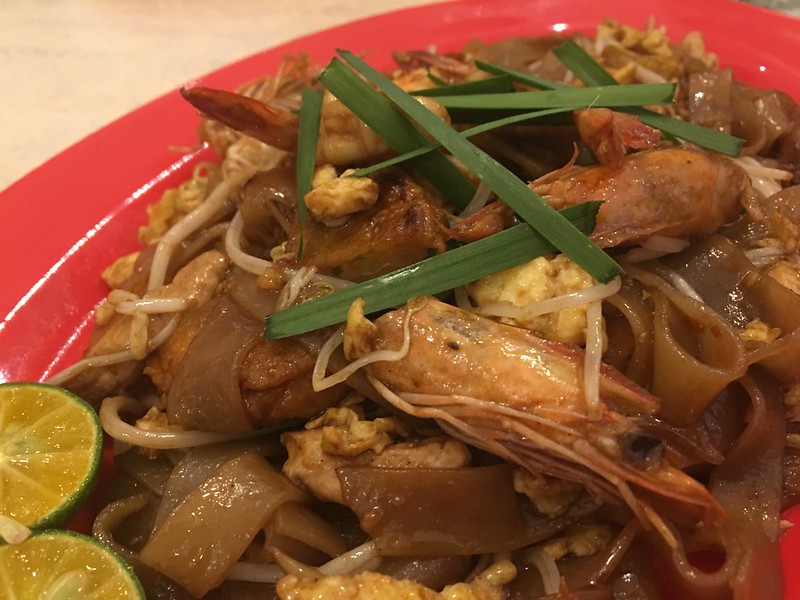 Hainanese Chicken Rice (Php495). A half-chicken poached in a stock flavored with garlic and ginger. The stock is then used to cook rice, producing a flavorful and oily rice. It is served with a trio of dipping sauces comprised of dark soy sauce, red chili sauce and freshly ground ginger in oil. 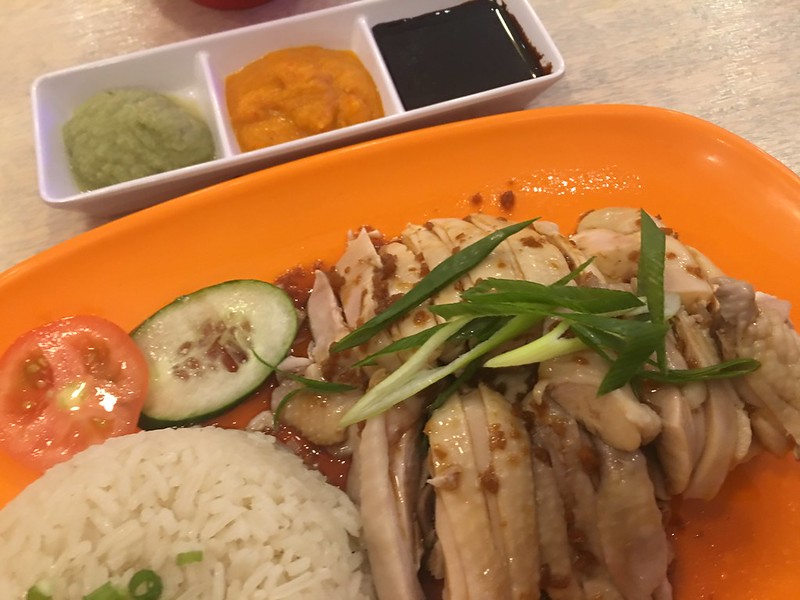 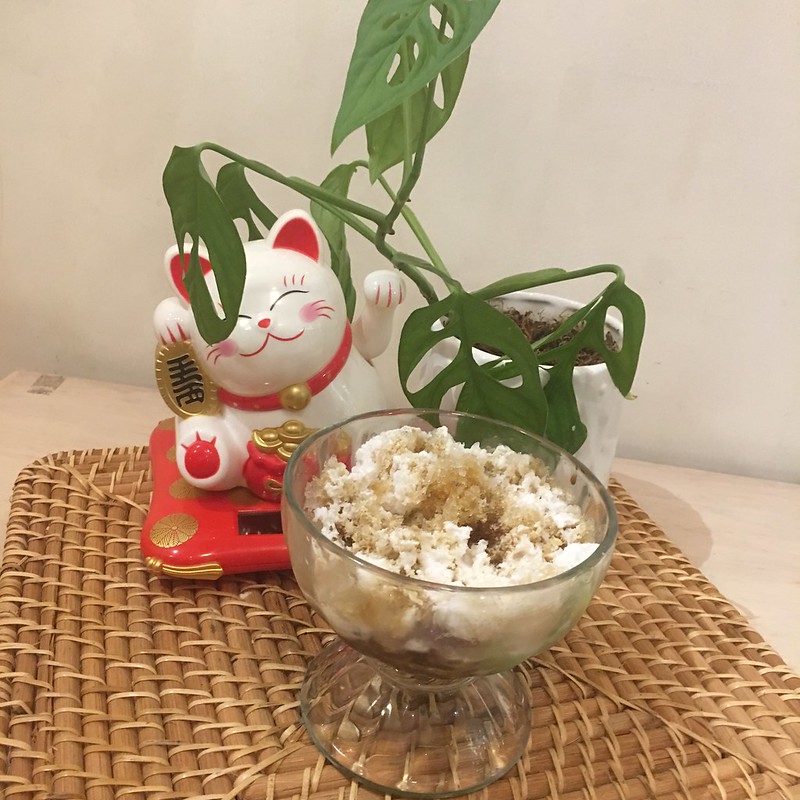 These Singaporean hawker dishes are an exotic treat for me and my fellow foodies. I plan to come back and get a taste of that Laksa! 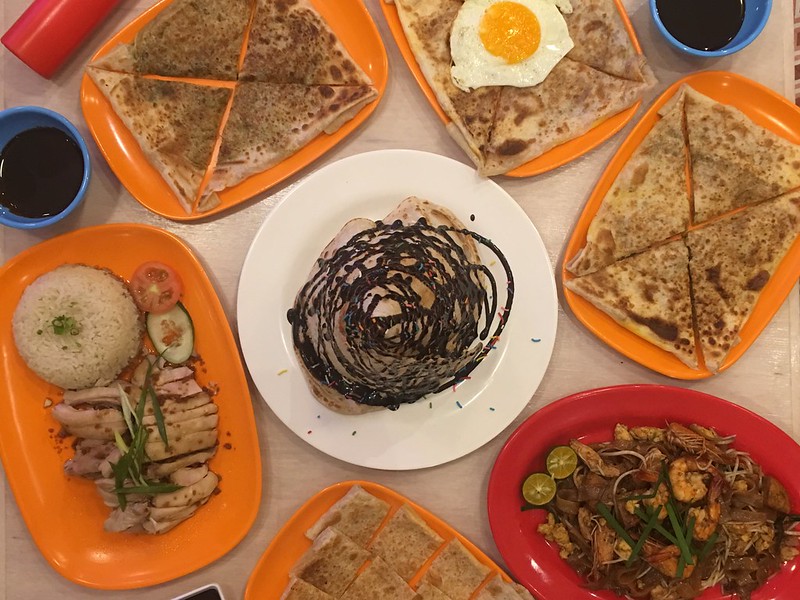 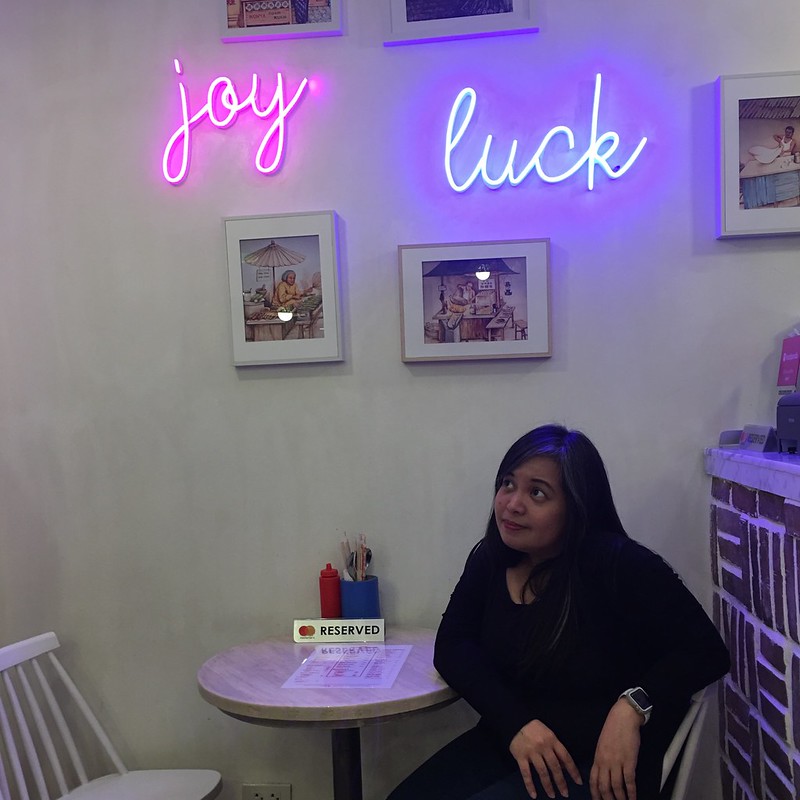 Disclosure: Together with other food bloggers, I was invited to attend a foodie meetup held in this restaurant. Food items mentioned here were served to allow us to sample the fare and were not paid for by the attendees, including myself.