Last Wednesday, April 3, it all came down to this as Ramsbury Single Estate held a cocktail competition among four finalists, the winner of which will become the next Ramsbury Filipino Ambassador.

Together with my fellow foodies from #WeLoveToEatPH, I joined in on the fun and sampled the featured drinks.

Ramsbury Single Estate spirits hail from the open country and expansive rolling fields of the Northeast Wilshire, West Berkshire and North Hampshire in England. It is a land blessed with fertile wheat fields and chalk-filtered stream waters which are essential to distilling Ramsbury’s gin and vodka, an offshoot of its expertise in brewing beer and ale. Ramsbury also boasts of sustainable practices which include using a biomass boiler fed its own forest to produce heat for its distillery, filtering its waste water through a reed bed system that protect wildlife habitats and feeding its livestock with bi-products from its distillery. 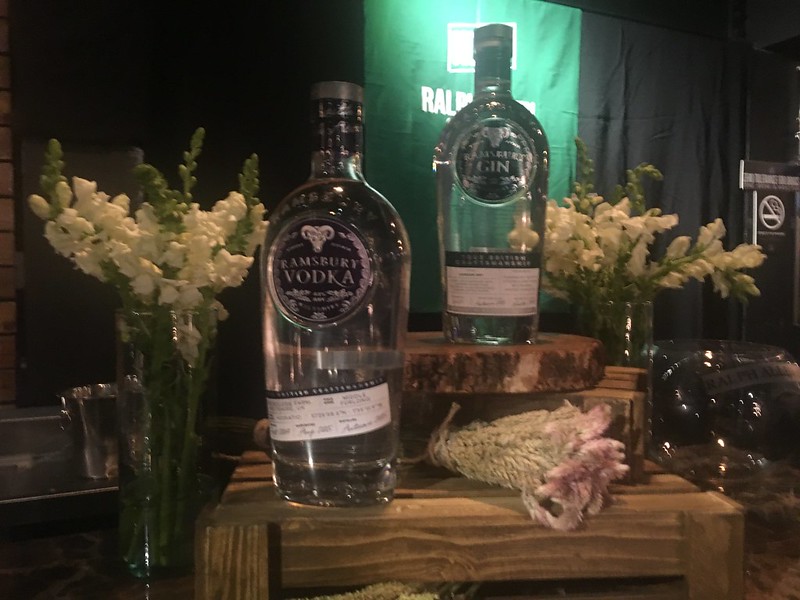 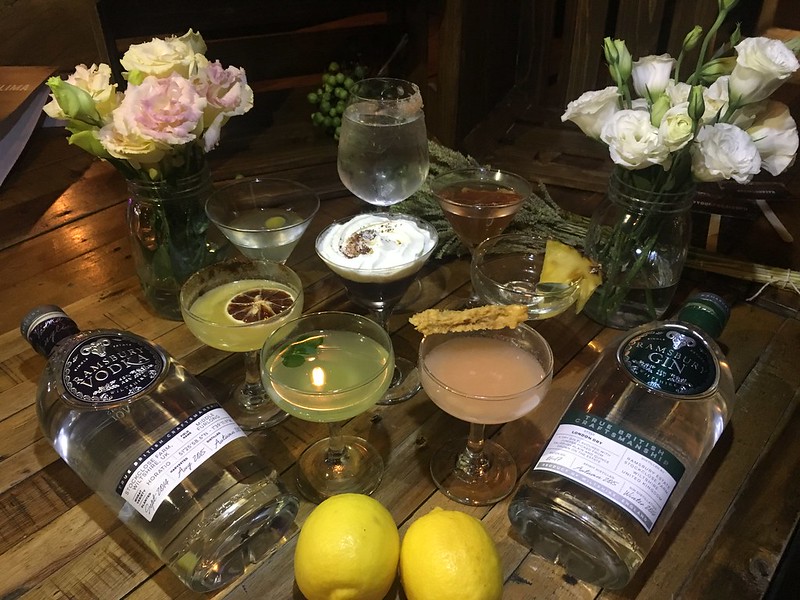 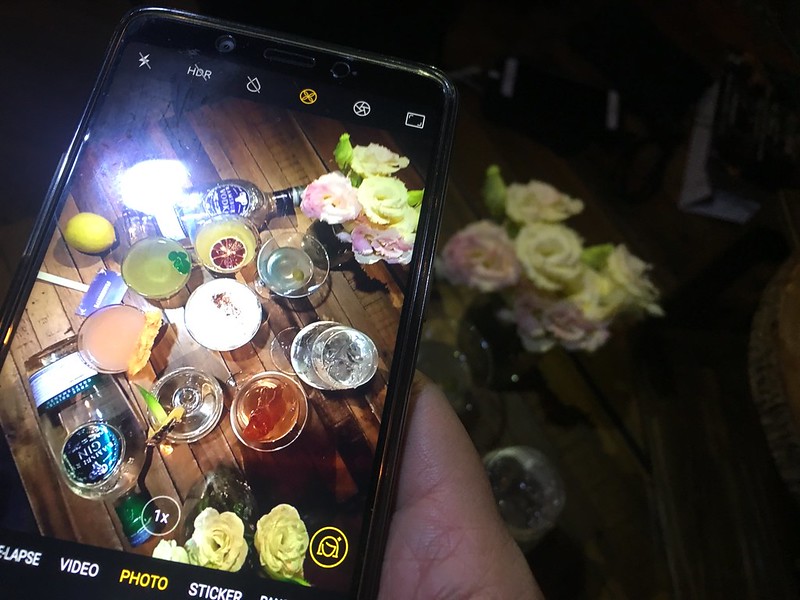 These resulted to wondrous combinations of flavors and surprising ingredients as the mixologists presented their cocktail ouvres: 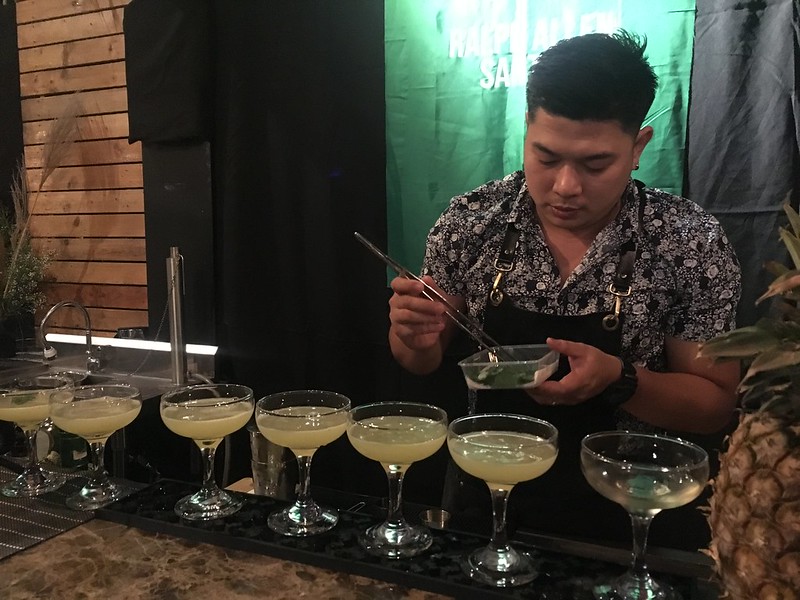 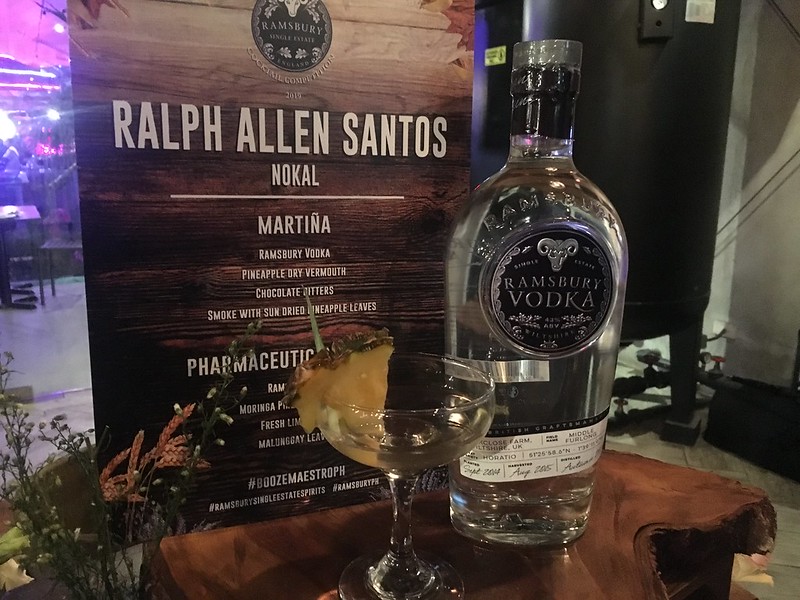 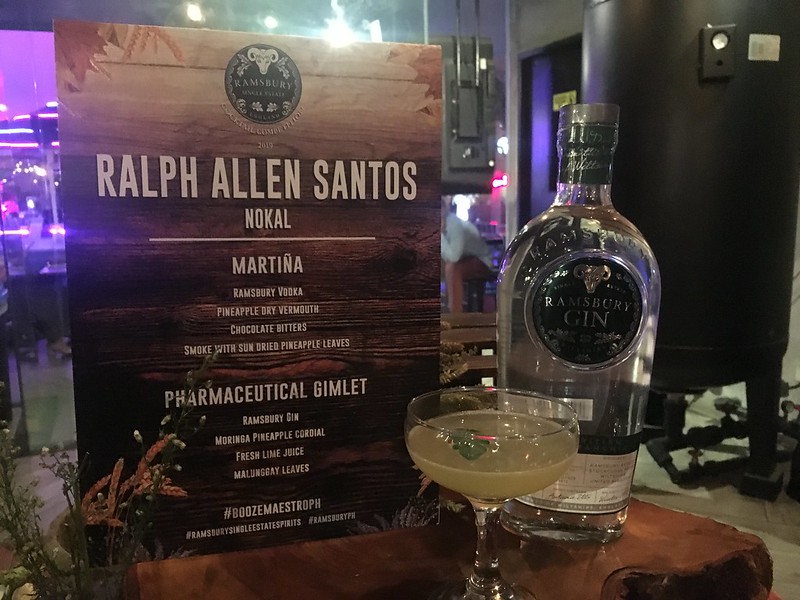 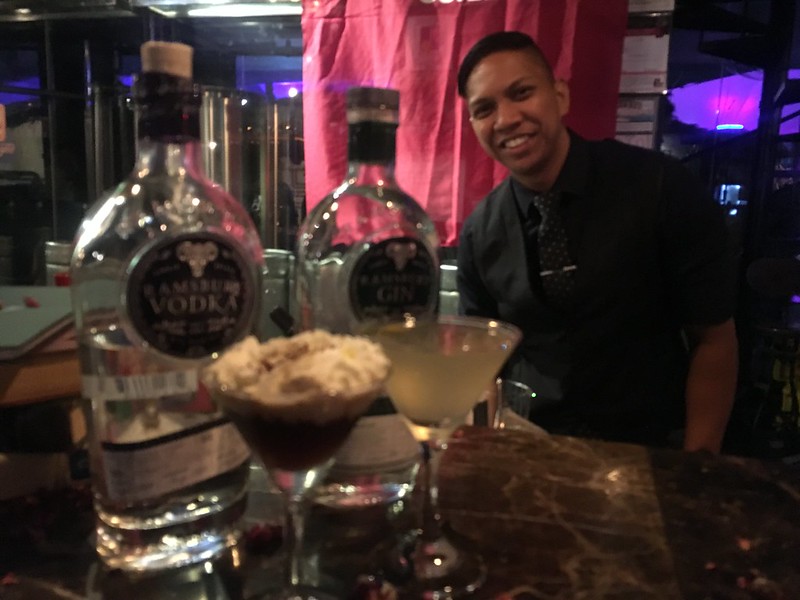 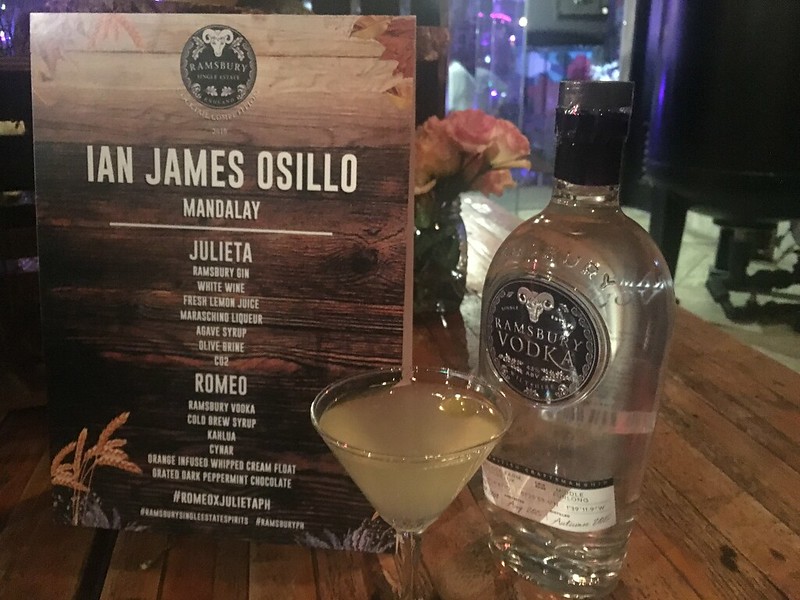 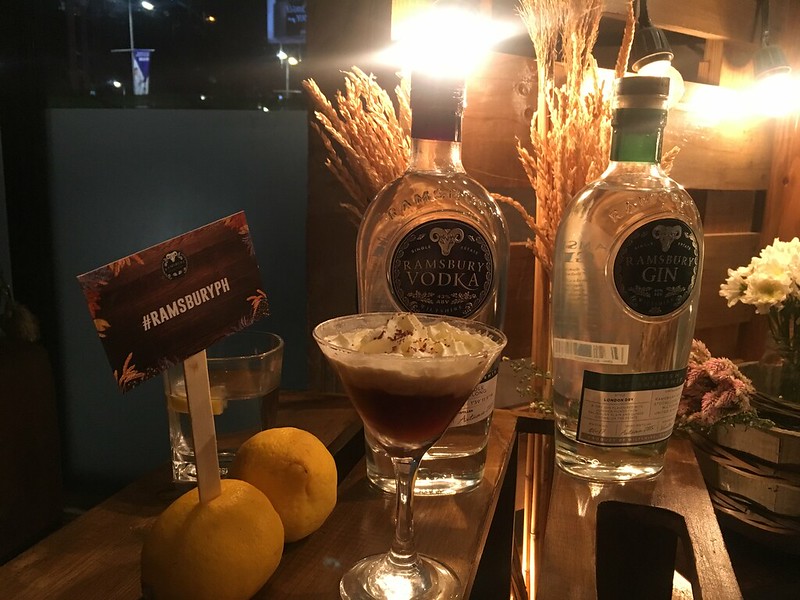 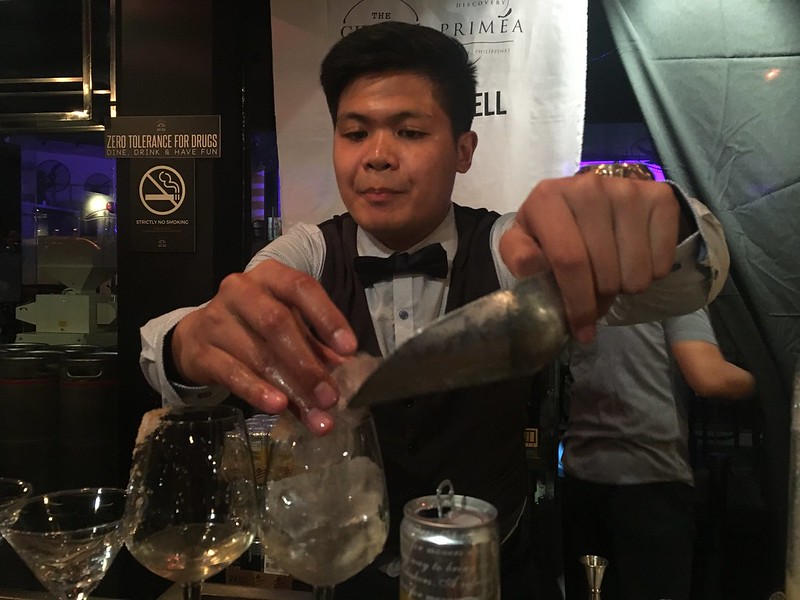 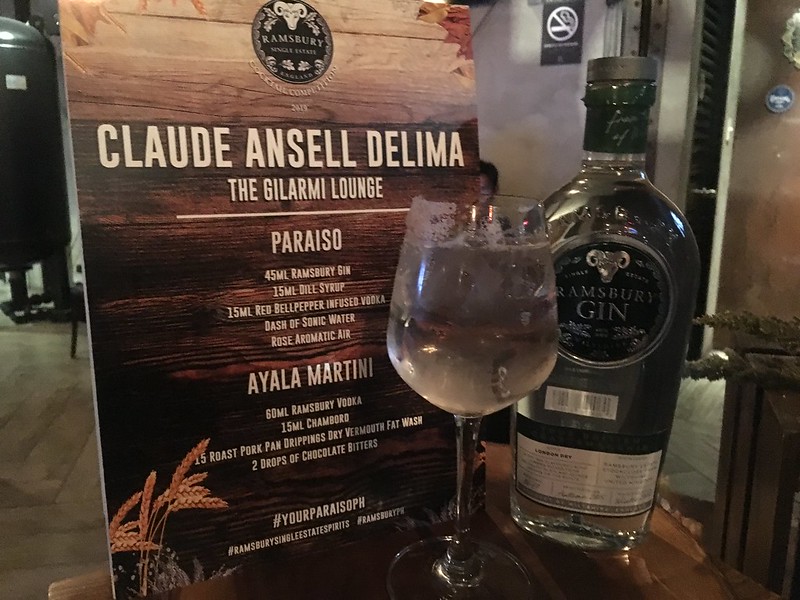 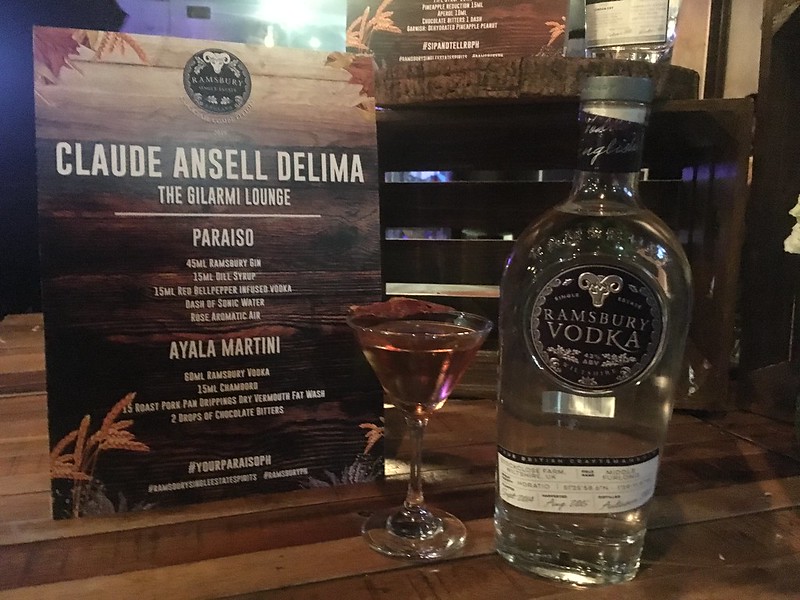 Ruwi Buenaventura of Versus Barcade 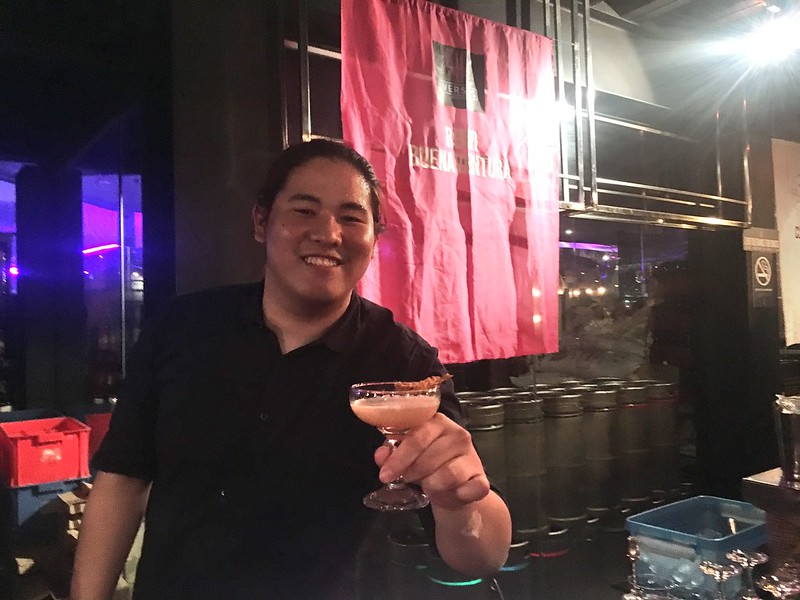 Sip and Tell, made with Ramsbury Gin, juices of lemon and passionfruit, mango puree, Bianco Ambrato and mango tinture, garnished with a dehydrated lemon and with the glass rimmed with green mango peel and bagoong salt 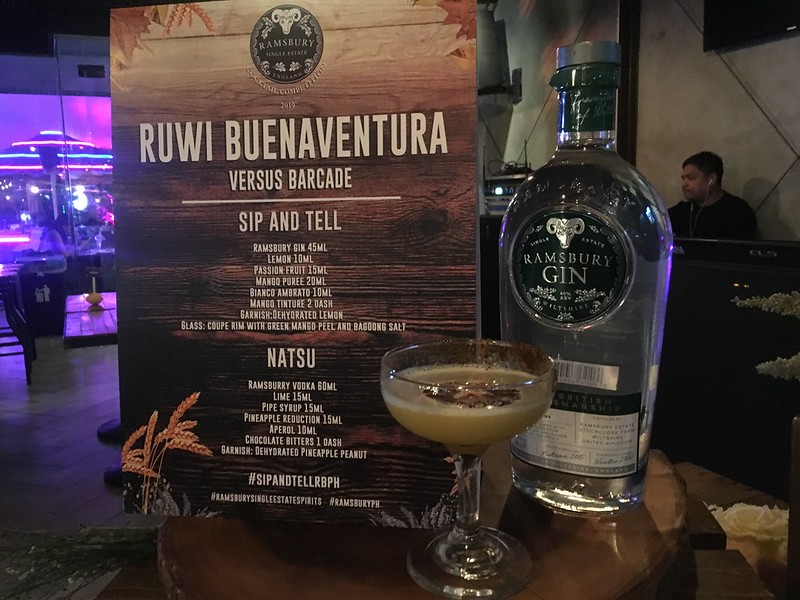 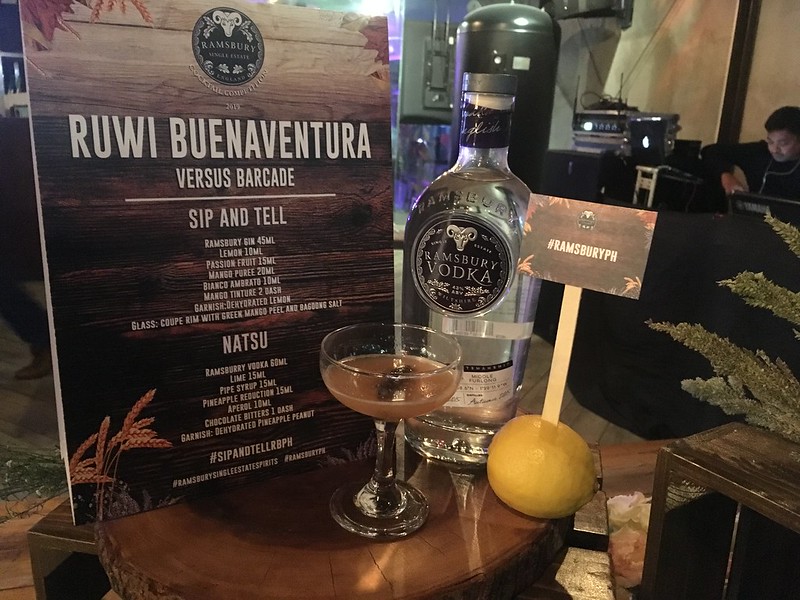 Among the vodka-based drinks, my favorite was Ian James Osillo’s Romeo. It is the closest to a dessert cocktail among the drinks and incorporates cream, chocolates and coffee flavors.

Among the gin-based drinks, I was leaning towards Ruwi Buenaventura’s Sip and Tell: I found the fruity drink flavors’ contrast with the Bagoong Salt garnish surprising and memorable.

However, the public has spoken that night and Nokal’s Ralph Allen Santos emerged the winner and the new Ramsbury Filipino Ambassador.

Congratulations to Ralph and other other participating mixologists for their display of creativity and fun while preparing the drinks. 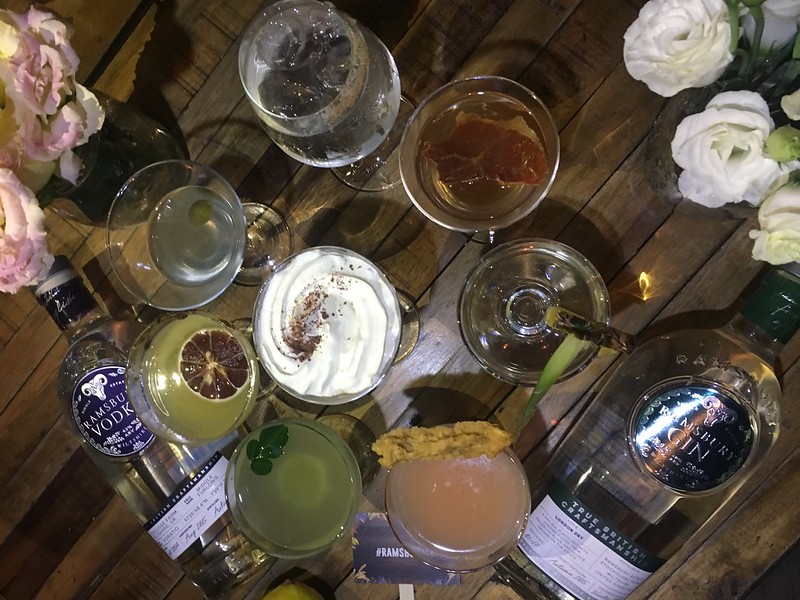 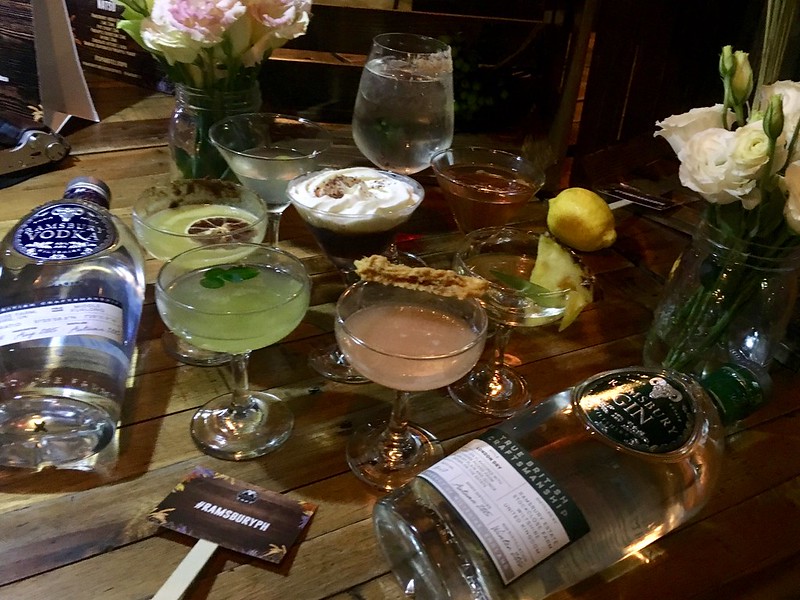 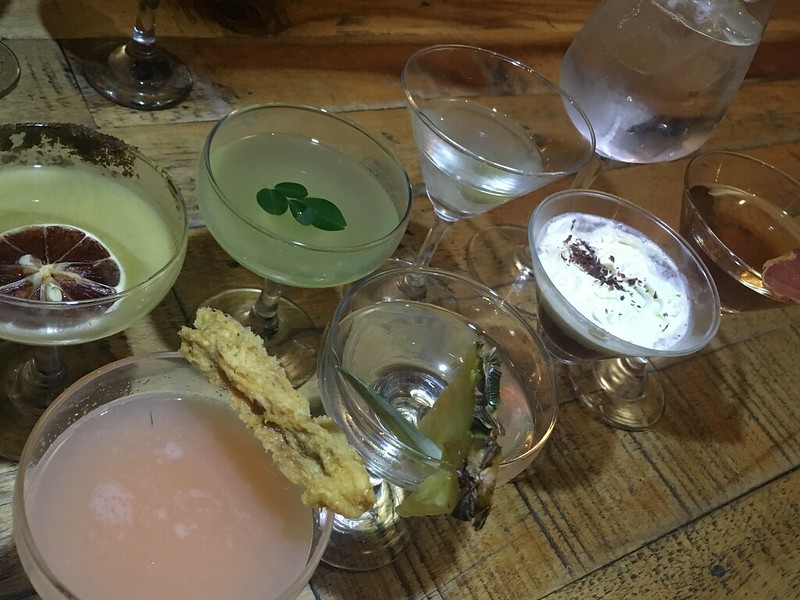 Before I forget: you do know you shouldn’t drink alcohol on an empty stomach, right? Fortunately, we were served with yummy and filling finger-foods – pizza slices, sausages and meat skewers – catered by The Brewery at the Palace prior to the start of the competition. 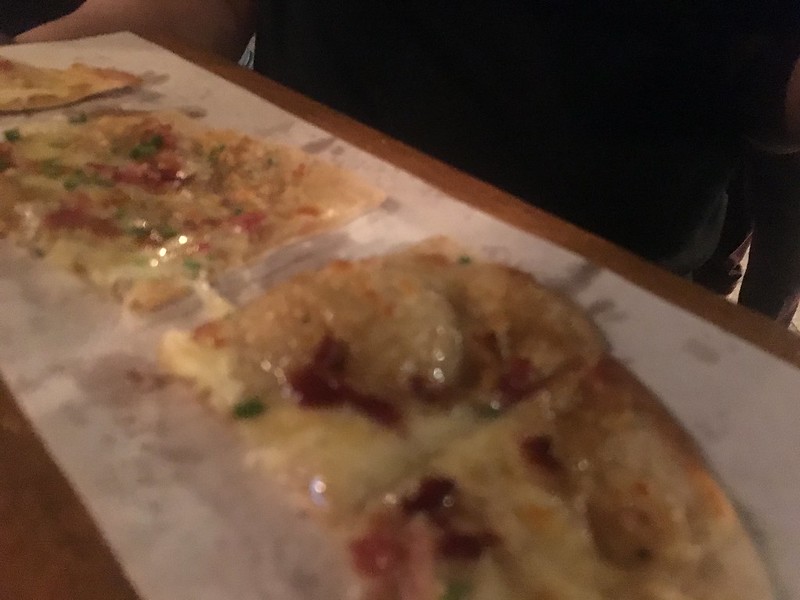 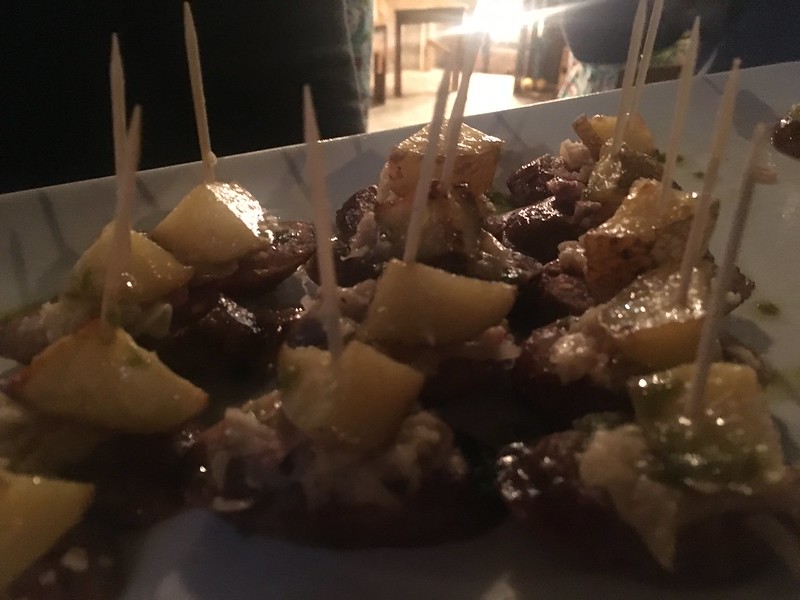 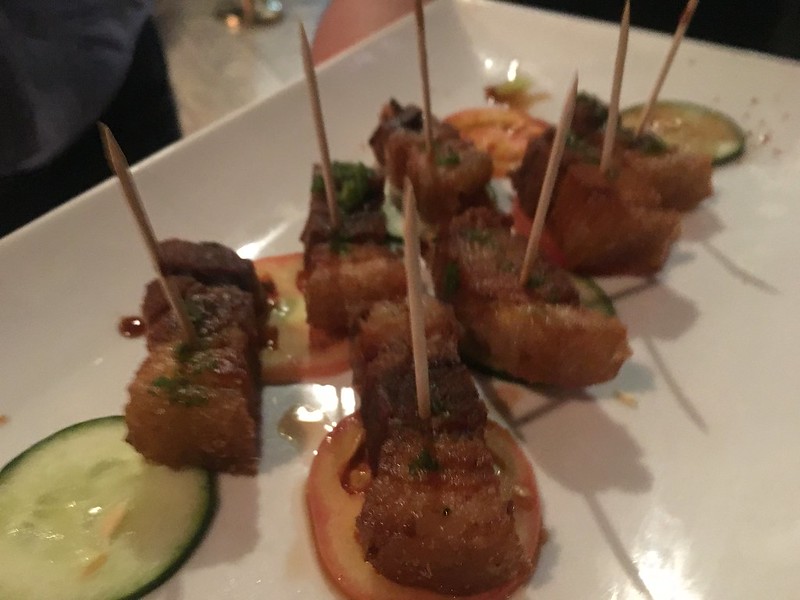 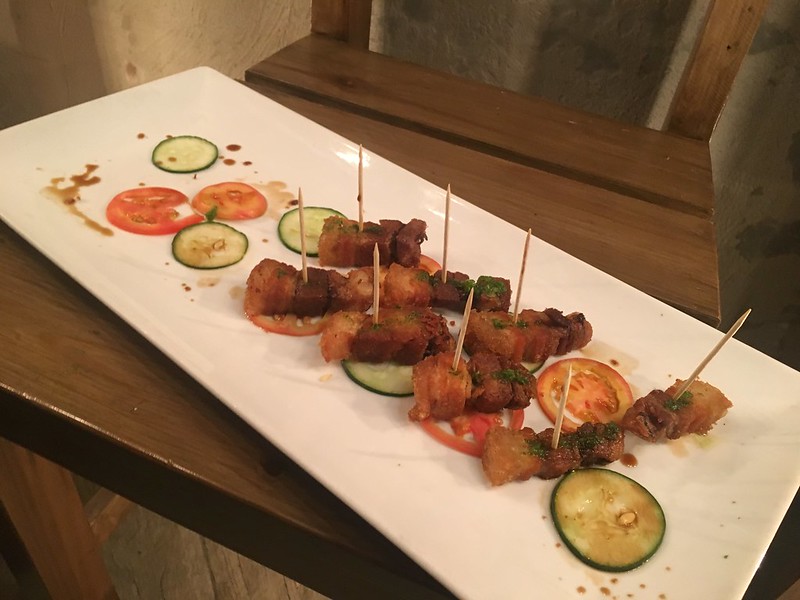 The event was fun and exciting, a great way for lovers of food and drink to come together. 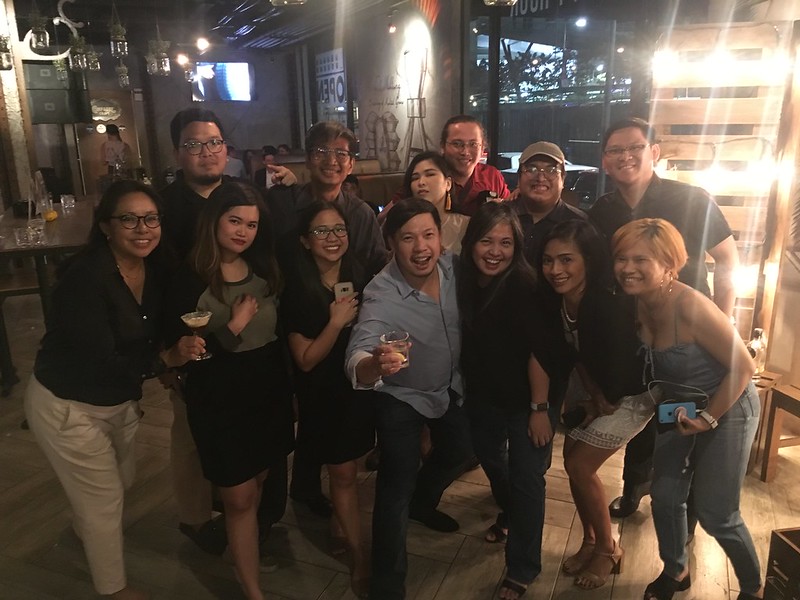 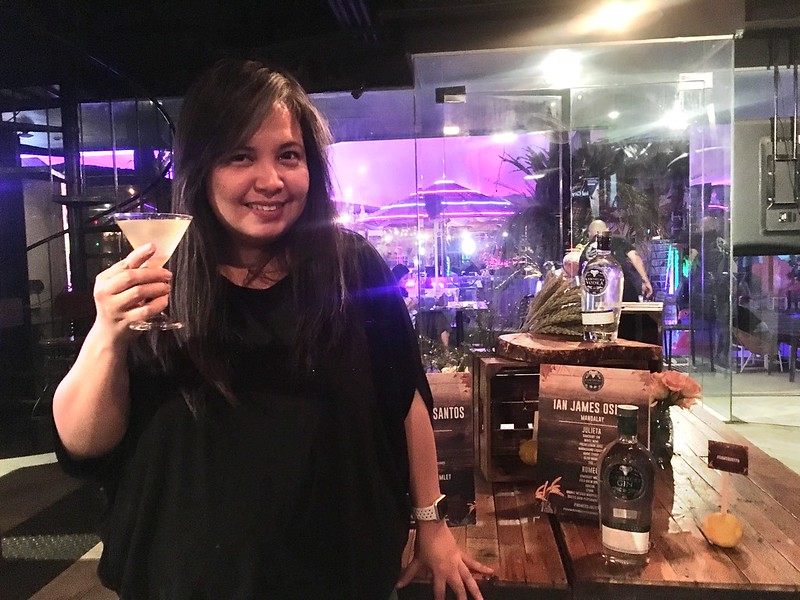 Thanks to Ms. Alma Cala of BC Marketing Concepts, Boozy.PH and #WeLoveToEatPH for the invite.

The Brewery at the Palace is located at 9th Avenue corner 36th Street, Bonifacio Global City, Taguig, open Mondays to Thursdays from 3pm to 2am and Fridays to Saturdays from 3pm to 4am. For inquiries, call +63 917 5073442.

Did You Know: When you dine in at The Brewery at the Palace, you can actually get some of the dishes for free because it is a Zomato Gold partner restaurant.

Zomato Gold provides members with 1+1 deals on food or 2+2 deals on drinks. All you have to do is sign up for a Zomato Gold membership here. Use my code JELLYB to get 20% off the membership fee.