You’re familiar with the shawarma, right?

This Middle Eastern dish consists of meat shaved into thin slices and stacked vertically on top of each other and roasted on a slowly turning rotisserie. As the surface cooks, slices are further shaved off it and minced finely.

In fact, the name “shawarma” is an Arabic rendering of the Turkish cevirme or “turning” which refers to the turning rotisserie. 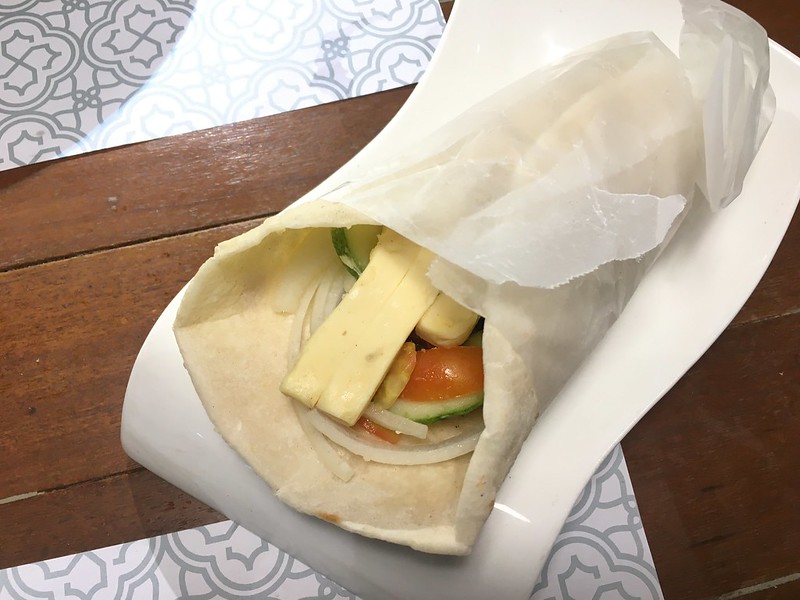 While the roasting of meat on a horizontal spit has been around probably since the first humans decided to use fire to cook meat, the practice of roasting vertically stacked meat that has been seasoned and marinated, and cutting slices off the outer layer as it cooks first appeared in Turkey during the Ottoman Empire in the 19th century in the form of the doner kebab.

This became the blueprint for similar Middle Eastern dishes such as the Greek gyros and the shawarma.

Recently, my daughter #ExhibitA and I decided have dinner while we wait for the traffic jams on our way home ease. We passed by the Brixton branch of Sultan Mediterranean Grill and decided to pass the time here. 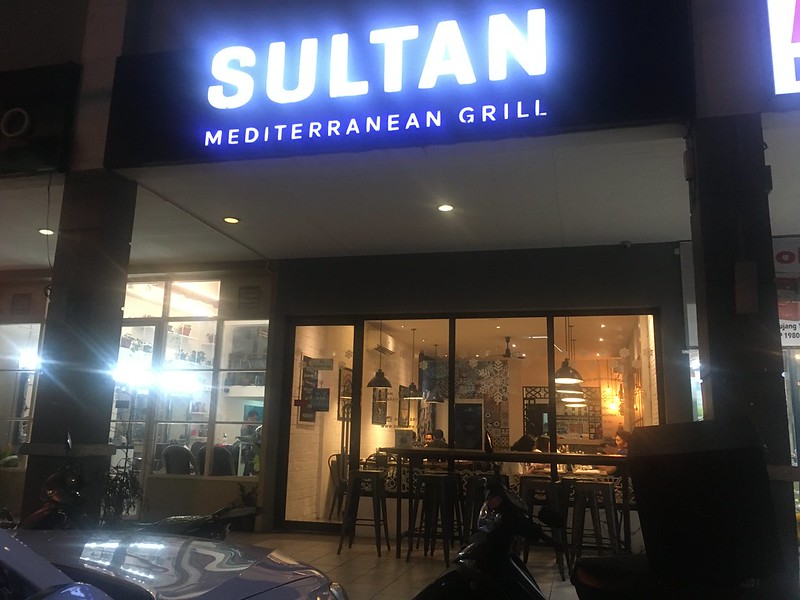 Ever since I had my first taste of what Sultan Mediterranean Grill has to offer, I’ve been hankering to go back and experience it all over again.

This Kapitolyo branch is a bit smaller than its Makati counterpart but it also features the clean modern interiors with some Middle Eastern design elements such as tiles with geometric patterns and shelves lined with spice jars. The place has a cozy yet lively feel to it, with many patrons settling in comfortably in groups to chat as they eat their meal. 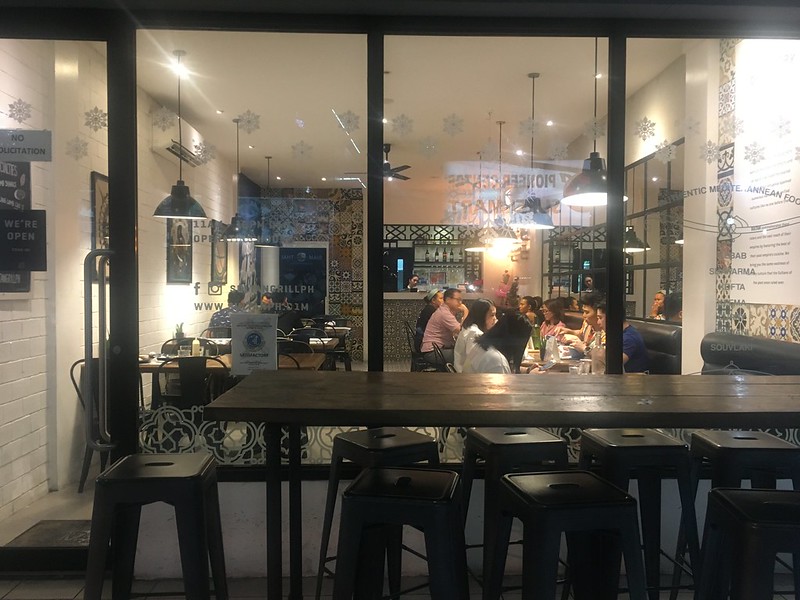 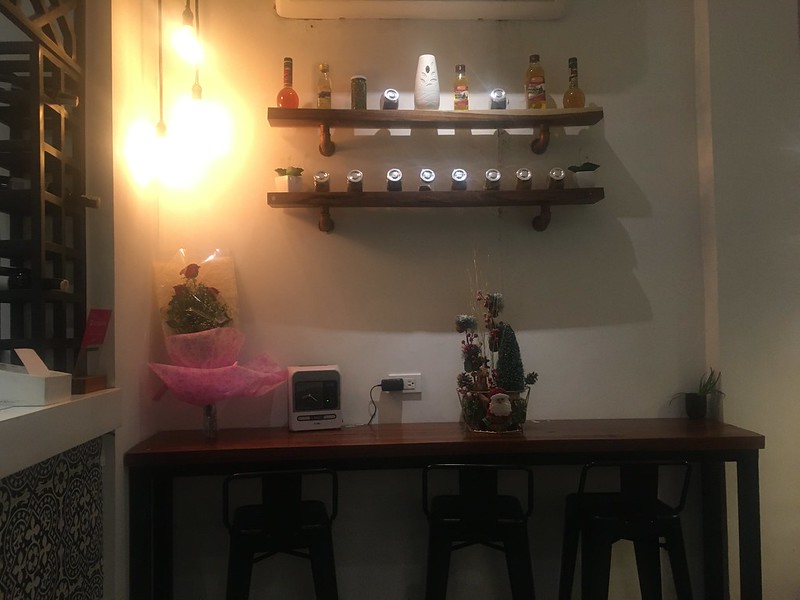 We started off with some warm pita bread which we dipped in Sultan’s Signature Hummus (Php130) which is a housemade dip made from chickpeas, olive oil, tahini, lemon and garlic all blended together. 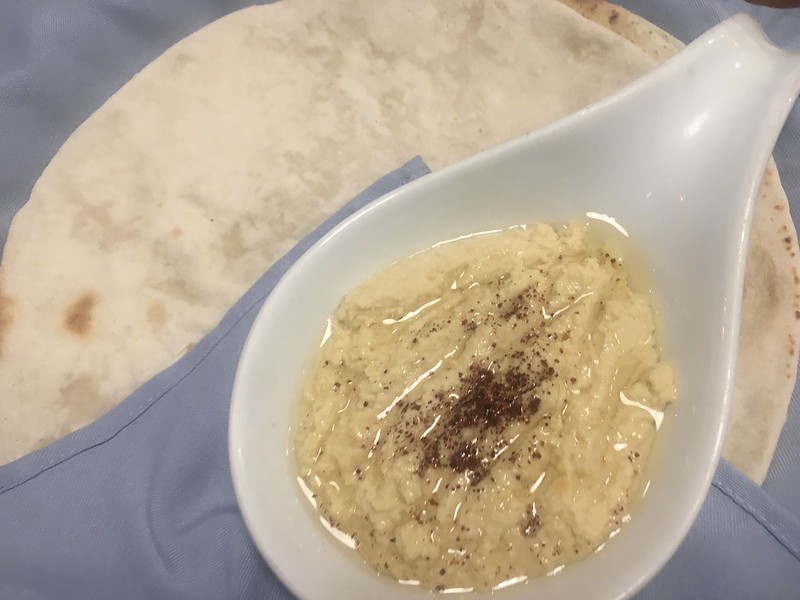 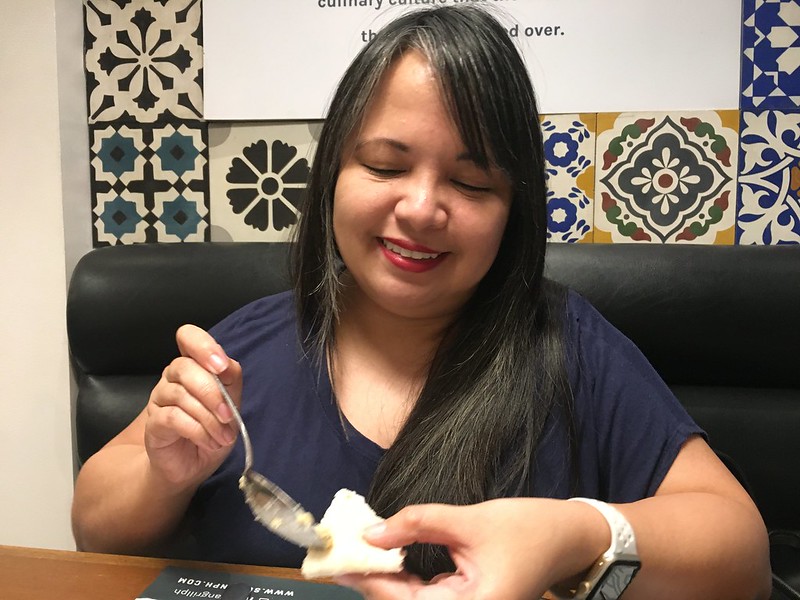 Our cravings seemingly aligned for our impromptu dinner date because we ordered two variations on the beef shawarma.

Mine was the more traditional version of the Beef Shawarma (Php160), with meat served along with sliced cucumbers, onions and tomatoes and wrapped in a warm pita bread. I also added Cheese (Php30), simply because I’m a cheese lover. 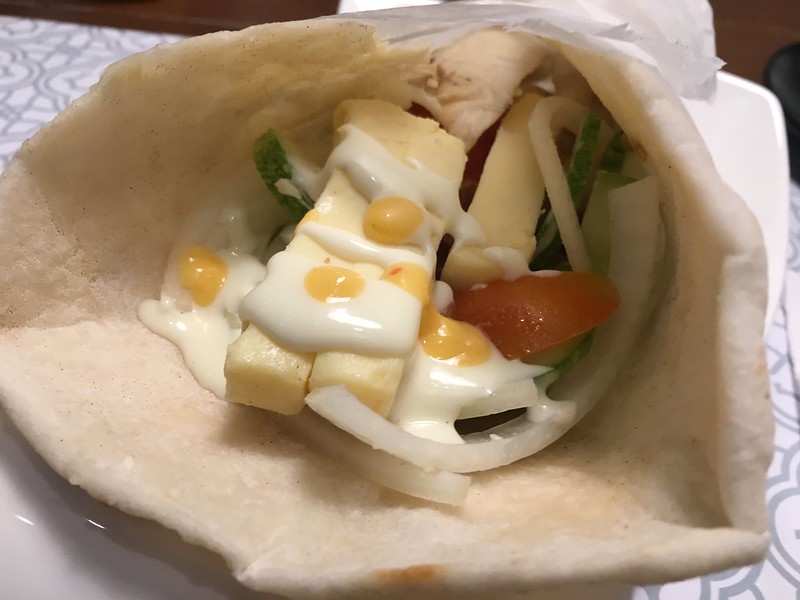 #ExhibitA’s order, on the other hand, was the Beef Shawarma Rice (Php230), wherein the meat was served on a bowl of buttered rice. 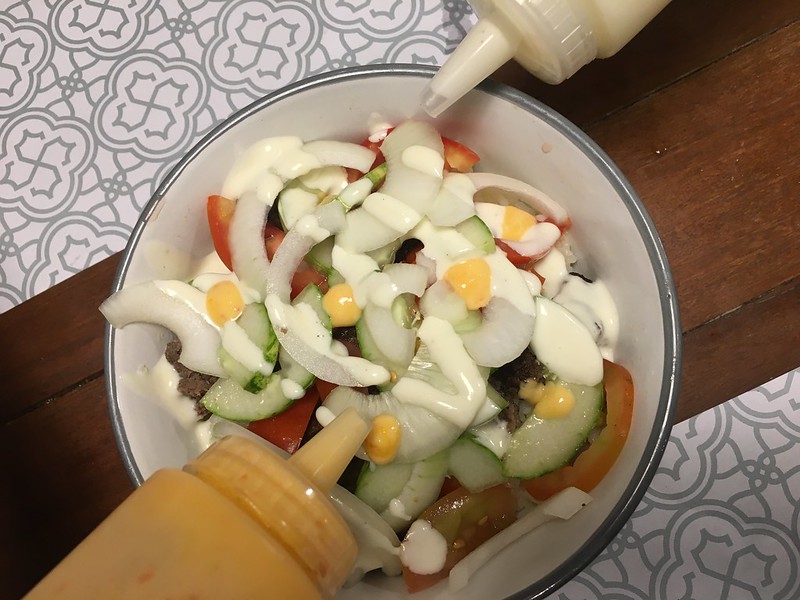 The beef shawarma was a kind of comfort food for us: filling yet not heavy on the tummy, and flavorfully exotic yet uncomplicated to eat.

We’d both love to come back and see what other exciting dishes await us on our next food adventure here.

This Sultan Mediterranean Grill is located at Victoria Plaza, No. 1 Brixton Street, Kapitolyo, Pasig City, open daily from 11am to 11pm. For inquiries and reservations, call +63 2 83504300.

Get up to 50% off the your bill when you book your table at Sultan Mediterranean Grill via Eatigo, a restaurant reservation app that offers time-based discounts everyday in its 2,000 partner restaurants. Use this link when you register and get rewards points that you can redeem for gift vouchers and restaurant freebies.

Check out my reviews of other restaurants serving Mediterranean dishes: