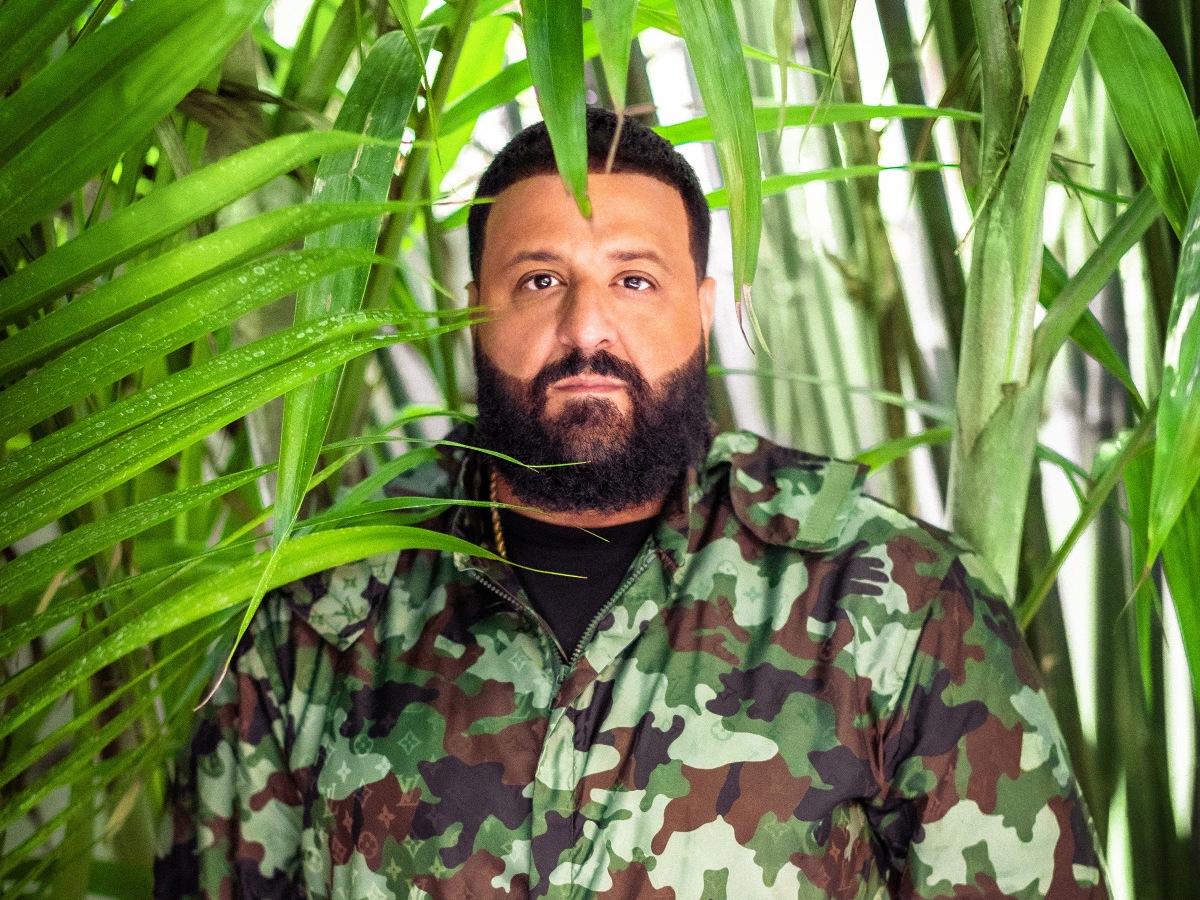 The massive singles “POPSTAR” and “GREECE” set the stage for his for his twelfth full-length album and one of the most anticipated hip-hop events of 2020, Khaled Khaled—coming very soon. Using his given name, it marks his most personal and powerful body of work yet.

Khaled makes a statement with both of these blockbuster anthems. Over lavish production and a cinematic beat, “POPSTAR” reflects on each titan’s place in the game as modern-day superstars responsible for a successive string of hit records. Meanwhile, “GREECE” nods to the finer pleasures in life with its rich bounce and luxurious rhymes. These songs continue one of the most legendary collaborative brotherhoods in hip-hop history between Khaled and Drake.

DJ Khaled notably kicked off 2020 by winning a GRAMMY® Award in the category of Best Rap/Sung Performance for the gold-selling “Higher” [feat. Nipsey Hussle & John Legend], paving the way for a massive year.

DJ Khaled’s “POPSTAR” and “GREECE” (Feat. Drake) are now available on all digital platforms worldwide via We The Best/Epic Records.

Image and details provided by Epic Records in a recent press release. 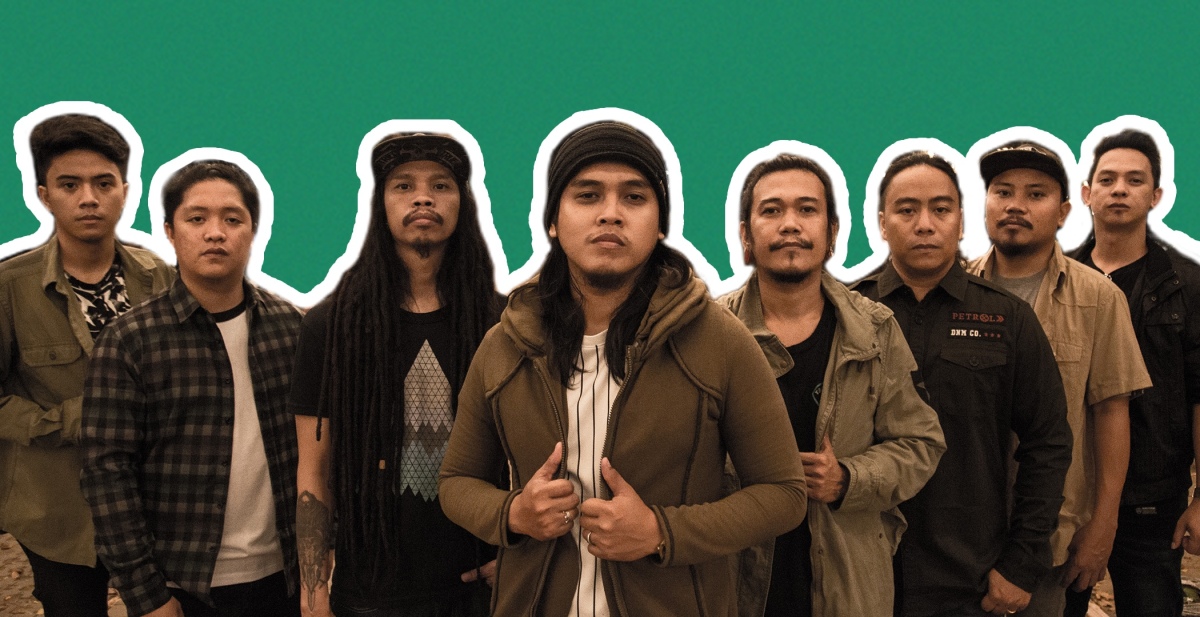 Eight-piece reggae collective We Got brings some island-loving vibe in the time of social distancing with its debut single, “Lihim Na Pagtingin.”

Serenading music enthusiasts with a mix of steady, groovy beat and a horn section straight from a summer retreat, the laid-back tune pertains to two individuals who have been friends for the longest time, and are secretly in love with each other.

“Finally, courage took over and they finally let their feelings out,” vocalist and guitarist Mack de la Cruz said in a statement. “Love wins.”

We Got’s latest song is produced by Raymund Marasigan, a veteran musician, multi-instrumentalist and overall record producer, who is part of several other bands and projects, including The Eraserheads, Sandwich, Pedicab, Cambio, Assembly Generals, Ultra Combo, Basement Lung, and Squid9.

“Sir Raymund Marasigan is a legendary icon of our generation,” de la Cruz added. “Working with him is even beyond our imagination. He’s very professional, patient, cool, innovative and has a very wild and crazy mind! His ideas are simply out of this world (in a very good way). He never looked down on us. He never failed to boost our confidence, taught so many things which we surely value so much.”

Marasigan returned the favor by praising the band’s work ethic. “We Got is a family. Working with them is like going to a family excursion at the beach especially when they bring delicious home cooked meals to pre-production and recording. And we worked on capturing that vibe.”

“Lihim Na Pagtingin” was mixed and mastered at Sunny Sound Studios in Cubao.

We Got is an eight-piece pop/reggae band comprised of Mack Dela Cruz on vocals and guitars, Makoy Quebral on rhythm guitars and backup vocals, Nam Reput on bass, CJ Bernardo on percussions, Thoper Laroco on drums, Melvin Bernardo on saxophone, Anthony “Tonton” Otoc on trumphet, John Rafael Morales on trombone.

We Got is signed to Sony Music Entertainment Philippines, record label of The Eraserheads, 6cyclemind, Ben&Ben, SB19, syd hartha, Alex Bruce, Nathan & Mercury, Zelijah, the vowels they orbit, and many more exciting and dynamic acts.

Details and image provided by Sony Music in a recent press release. 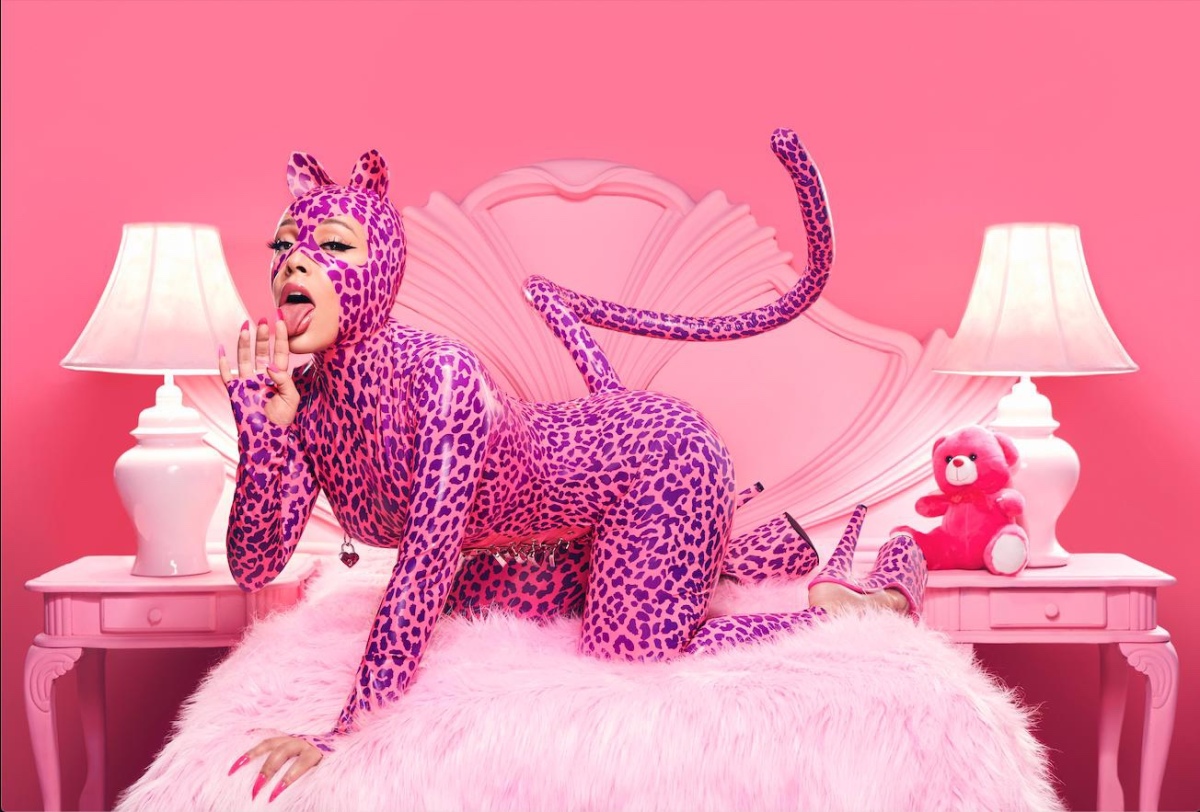 With its effervescent disco sheen, attention-grabbing chorus, and inescapable vibe, Doja Cat’s “Say So” is shaping up to be a global smash.

The song currently sits at number 32 on Spotify Philippines Viral 50 and has climbed steadily on the Billboard Hot 100 for more than a month since its debut. In a short period of time, it has reached more than a hundred million streams worldwide, becoming Doja Cat’s biggest hit on Spotify.

The song’s breakthrough could be attributed in part to its success on video-sharing social networking platform, TikTok, where it inspired various dance challenges from top Hollywood celebrities and social media influencers.

Fashion and entertainment magazine Nylon explains how the hip-hop/R&B star’s viral breakout made its way into the consciousness of the short-form video app: “In retrospect, Say So was destined to be a great TikTok fodder: the irresistible disco beat plus sassy lyrics which translate well into easy-to-learn dance moves,” writer Steffanee Wang shares. “At this point, it’s fair to say that literally everyone has done the challenge, including James Charles and a girl on like, 20-foot stilts.”

Due to the song’s massive success on the platform, Doja Cat, along with Tyra Banks, recently headlined TikTok’s Black Creators Summit, where she capped off the event with a performance of her current dance craze.

Here in the Philippines, the American rapper, singer and producer’s latest chart-topper is also gaining traction on the aforementioned platform. Singer-actor Iñigo Pascual, ABS-CBN teen star Alexa Ilacad, and G-Force choreographer Yanyan De Jesus recently hopped on the bandwagon with their take on “Say So,” which individually went viral on the day of its release.

AC Bonifacio, another celebrity influencer based in Manila, has recently uploaded a teaser of her upcoming dance cover on various social media platforms. The young multimedia star is set to debut her version of the Doja Cat hit on February 27, Thursday.

And then there’s Filipina YouTube star Niana Guerrero racking up 397,000 likes on TikTok for her bubbly and infectious lip-sync and dance performance of the newest Doja Cat single. This clearly reflects Doja Cat’s rising profile in the country, reaping the rewards of this generation’s preference for meme-ready songs that appeal to youth and online culture sensibilities.

The highly anticipated music video of “Say So” will have its worldwide premiere on YouTube soon. The song is now available on Spotify and other music streaming/download platforms worldwide.

Image and details provided in a recent press release. 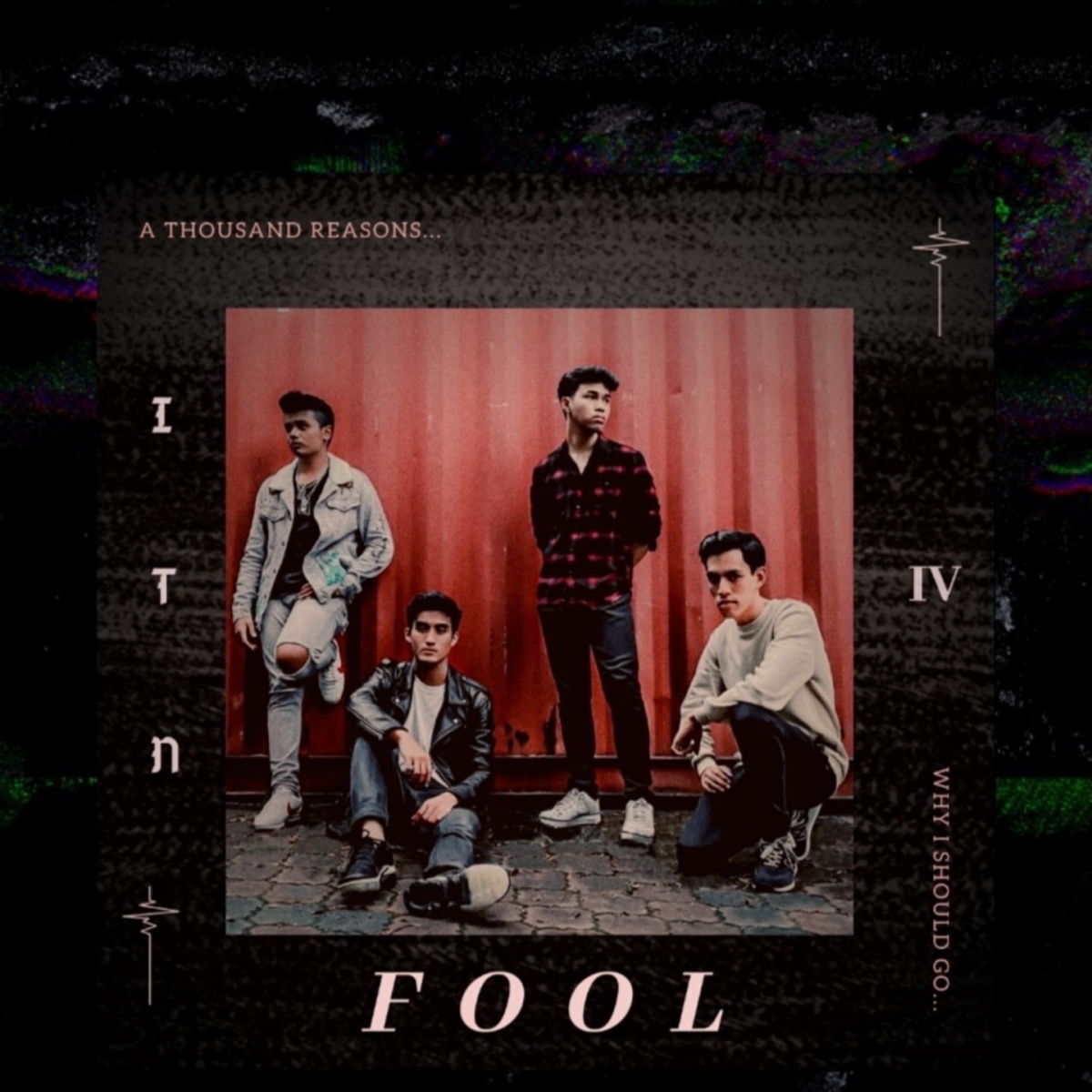 “Fool” is a song about unrequited love, where our hero is in denial, constantly clinging to the hope that one day the subject of his infatuation will change her mind, even though he knows he should move on. Layers of dark melancholic synths and dreamy electronic pads build into a heartfelt chorus, and when words are not enough, culminates in an unexpected drop. Topped off with a sprinkling of trap and future bass elements, the innovative production on this cleverly crafted track entices the ears with something special.

“I wrote this song hoping it would touch others who relate to the same heartbreak I felt”, shares Alex of IN THE NOW. “We wanted the song to sound really different from what we normally do”, said Dan, the producer of the group, “we experimented with many different versions of the drop before we got something we were all happy with, bringing together the right amount of contrast and energetic release.”

A music video directed and produced by Singapore creative collective YungTauFoo and Homies accompanies the release of this single.

IN THE NOW are four teenage friends and schoolmates from Singapore comprised of producer and vocalist Dan Rafael, and vocalists Akmal Hussein, Rahmat Damansari and Alex Gryffin. They are currently working on an EP of 6 songs to be released in 2020, written and produced by themselves, whilst also completing their tertiary education.

“Fool” by IN THE NOW will be available everywhere from Friday, 28 February 2020 at this link. 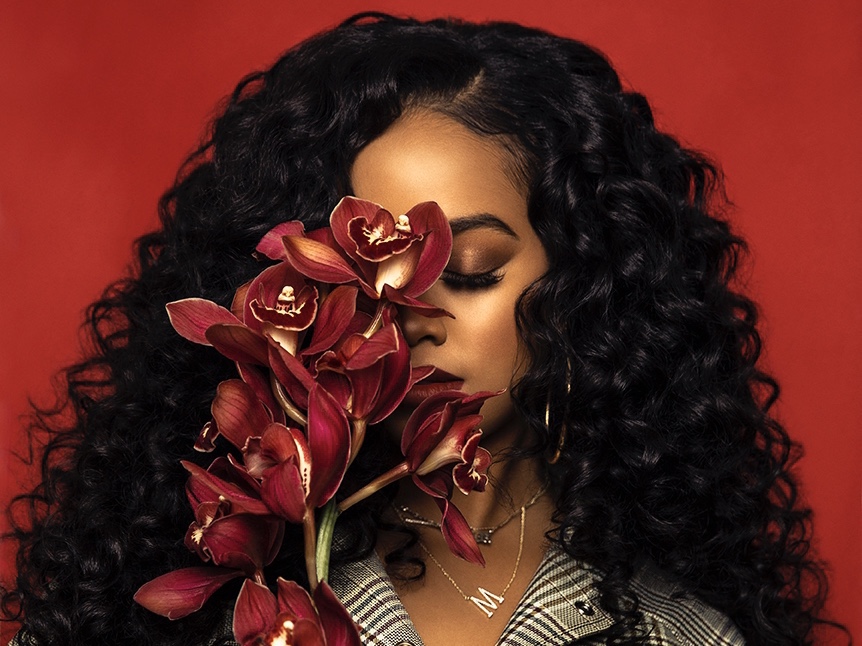 Fresh from reaping various accolades and wrapping up the first part of the sold-out I Used to Know H.E.R. Tour, two-time Grammy winner H.E.R. has recently released a soulful single called “Comfortable.”

Produced by DJ Camper with additional backing vocals from Anthony Clemons, Jr., the latest jam from the Filipina-American R&B star showcases a more stripped-down approach reminiscent of her early releases. The earnestness of her lyrics, paired with the sultry mood of the song, arrives with captivating grace beyond her years—a quality that makes “Comfortable” a standout.

The newest track from the singer-songwriter and multi-instrumentalist has recently earned positive reviews from music publications. Hypebeast praised its “return to fundamentals,” and went on to acknowledge, “the right amount of modern production cues crescendoing by the song’s end.”

The song is also part of the official soundtrack of The Photograph, starring Emmy and Golden Globe nominee Issa Rae and Lakeith Stanfield.

“Comfortable” follows a handful of tracks released in previous weeks, which includes “Sometimes,” a heartfelt ballad that H.E.R. performed during the 2020 Grammy Awards Ceremony where she was nominated for five major awards, and “Slide,” a chart-topping urban radio hit featuring California-born rapper YG.

H.E.R.’s “Comfortable” is now available on Spotify and other music streaming/download platforms worldwide.