The South American country of Peru is home to a cuisine that is a melting pot of various influences: from European (Spanish, Italian and German), to Asian (Chinese and Japanese) and West African.  With the culinary inputs from other cultures arising from colonization, trade or immigration, Peruvian cuisine has grown in flavorful and inclusive diversity that it has been cited by food critic Eric Asimov as one of the most important cuisines, being a model of fusion fare.

This much-vaunted fusion of flavors came into play when I had lunch together with fellow foodies from #SaanSaPH at the Cocina Peruvia branch in The Podium in Ortigas Center. 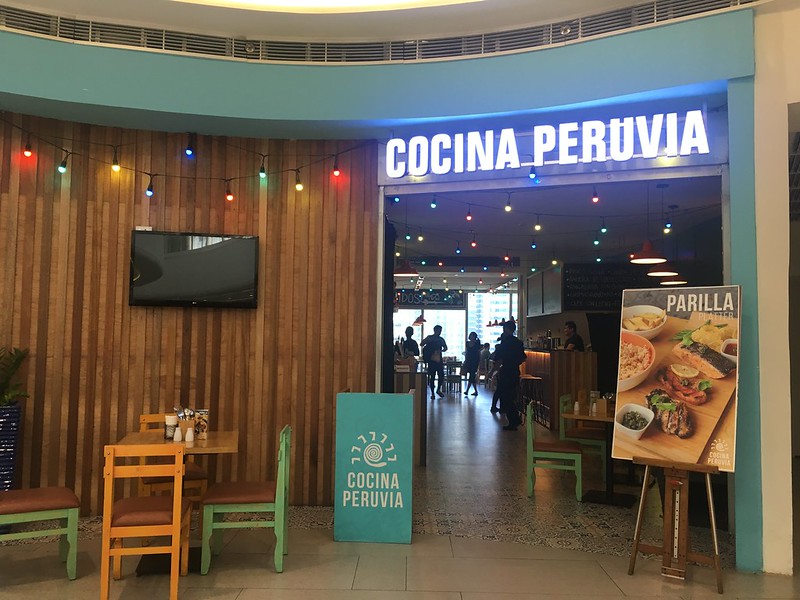 The place had a colorful and festive feel to it, highlighted by greetings of “Buenas tardes!” from the staff.  The dining area was spacious and airy with window seats offering a chill view of the Ortigas commercial district. 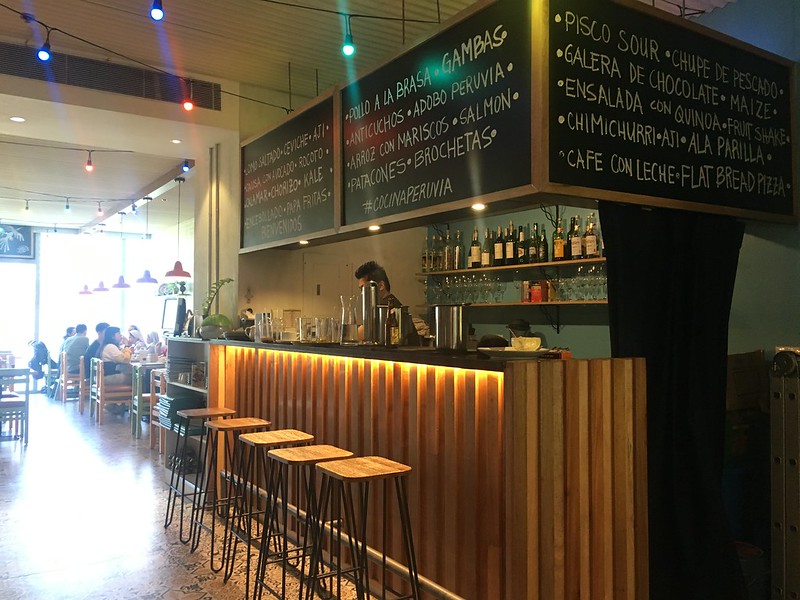 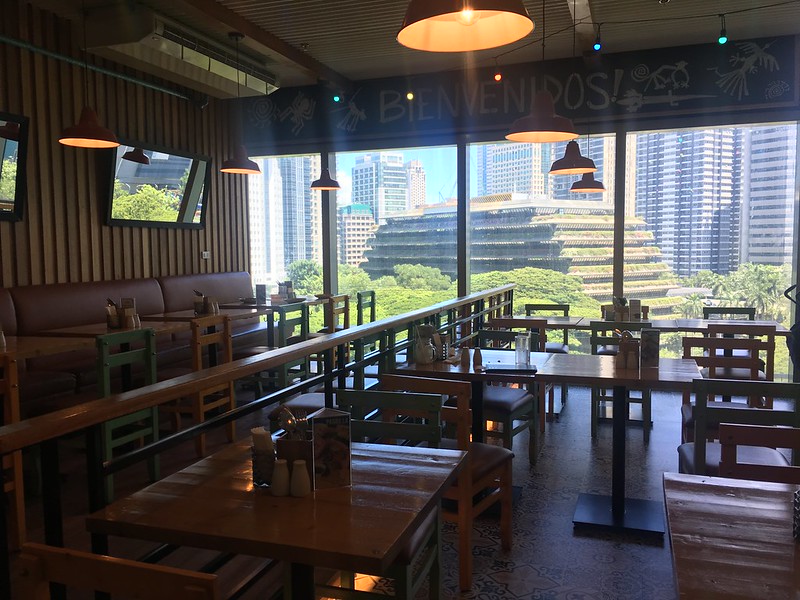 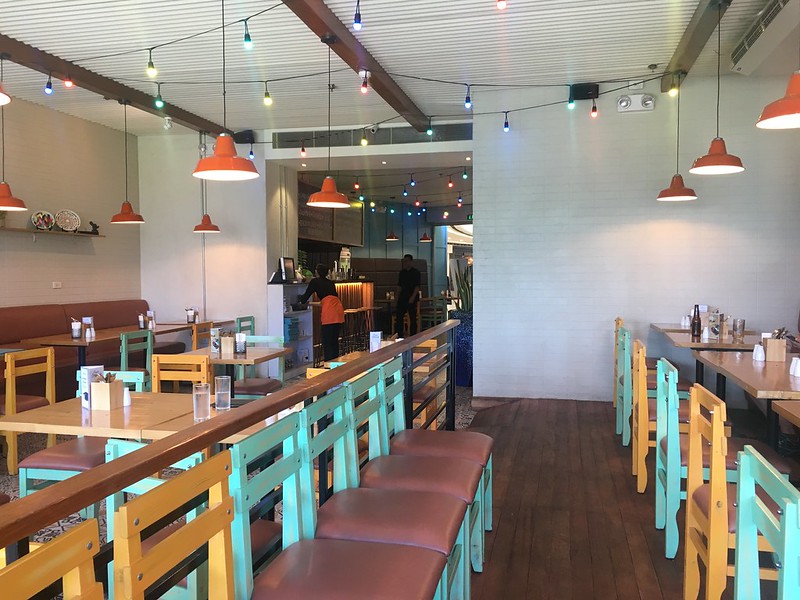 Cocina Peruvia’s menu was developed by Chef Him Uy de Baron, with Peruvian chef Andres Higa as consultant, to bring Peru’s grand fusion of tastes to Filipino diners such as those included in our tasty lunch repast: 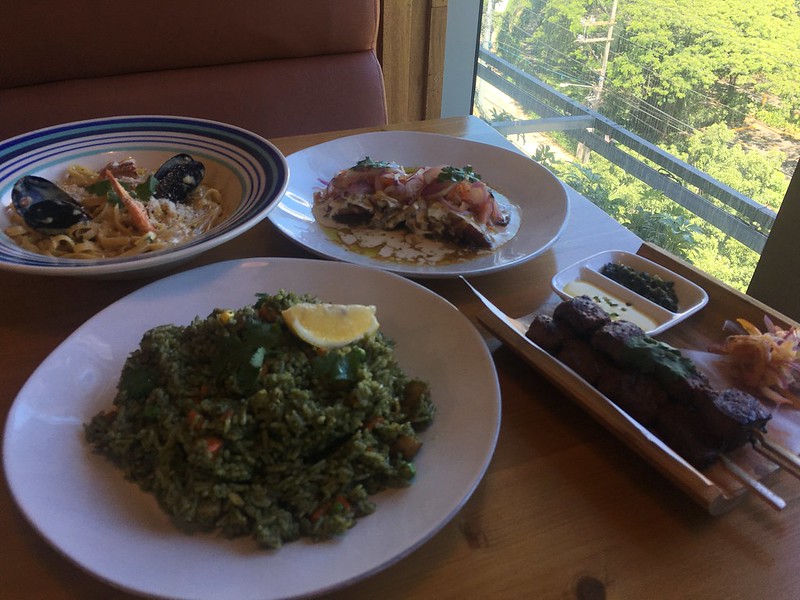 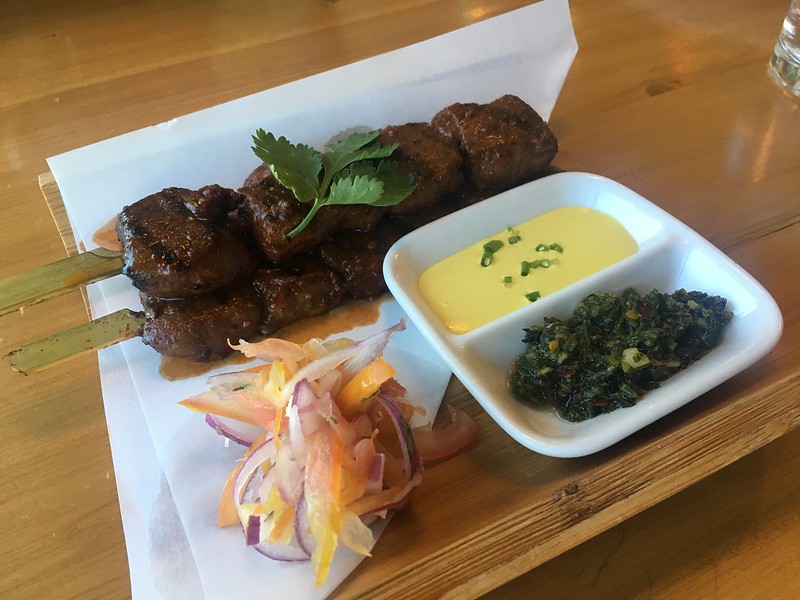 Patacones Salmon (Php320). Flavorful slices of cooked salmon covered by a parmesan cheese and mayo mix on top of a patacon or a twice-fried slice of plantain banana and served with sofrito sauce. If you ever need to satisfy a craving for cheesy baked salmon, try this out! 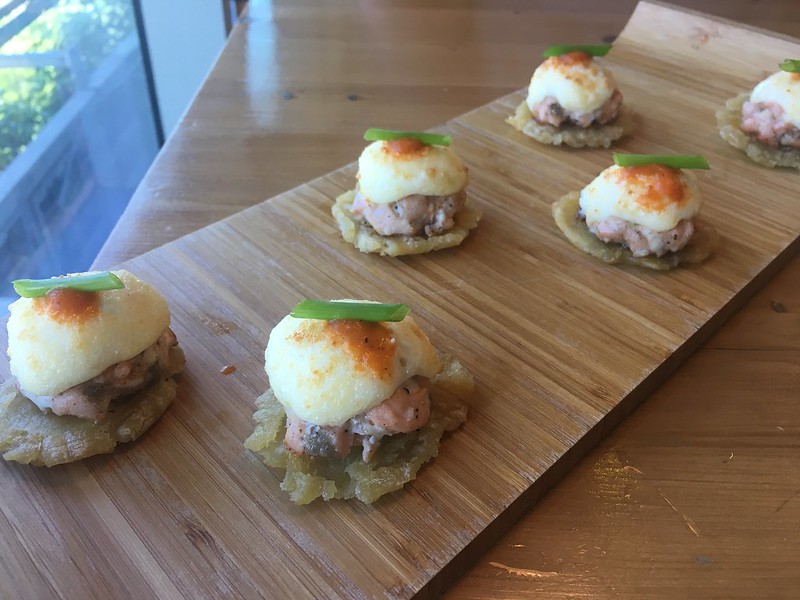 Adobo Peruvia (Php400 | Php1,190 grande). It’s the first time I’ve heard of Peru having its own version of adobo.  Well, I shouldn’t have been surprised considering its similarities to the Philippines when it comes to having a colonial past. Tender, slow-cooked pork belly slices are place on a bed of cream sauce and accented by sliced tomatoes and onions. 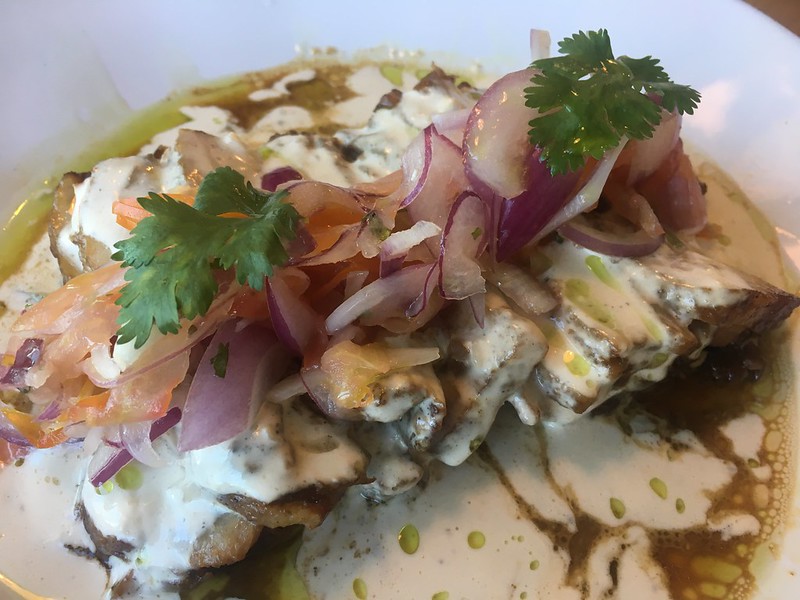 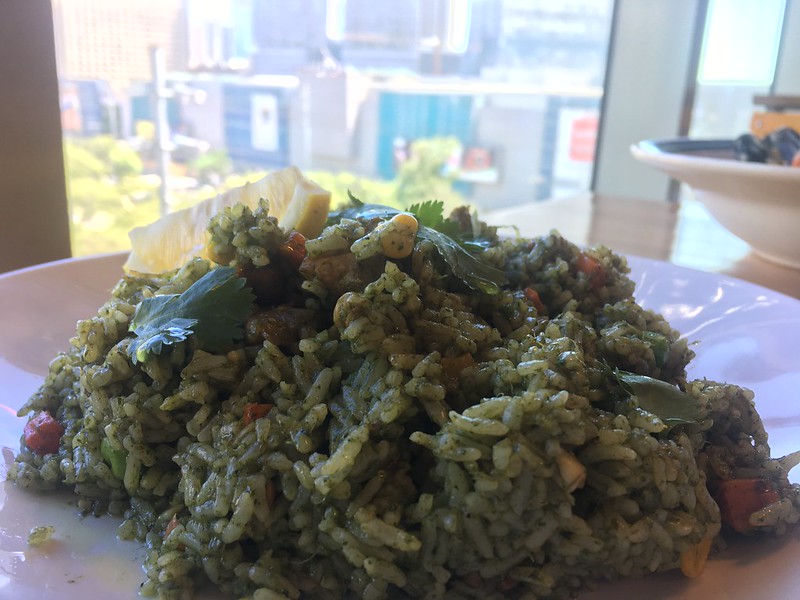 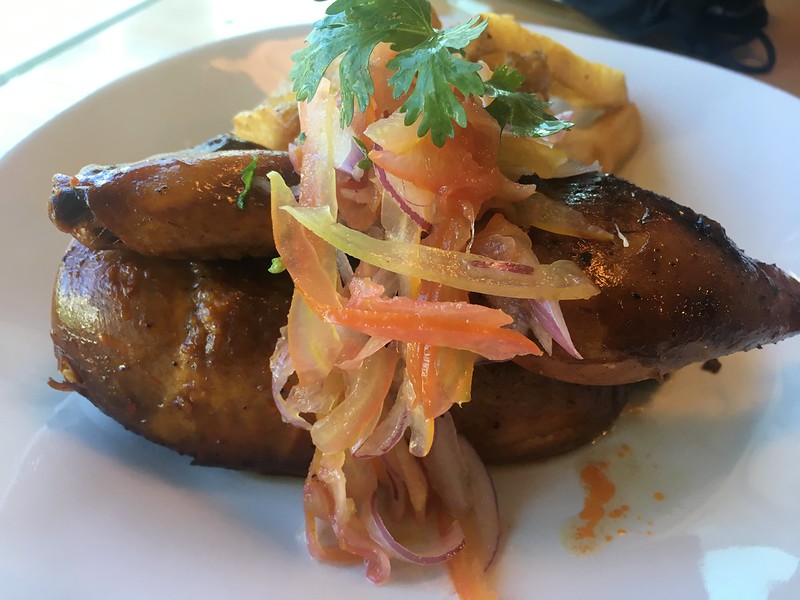 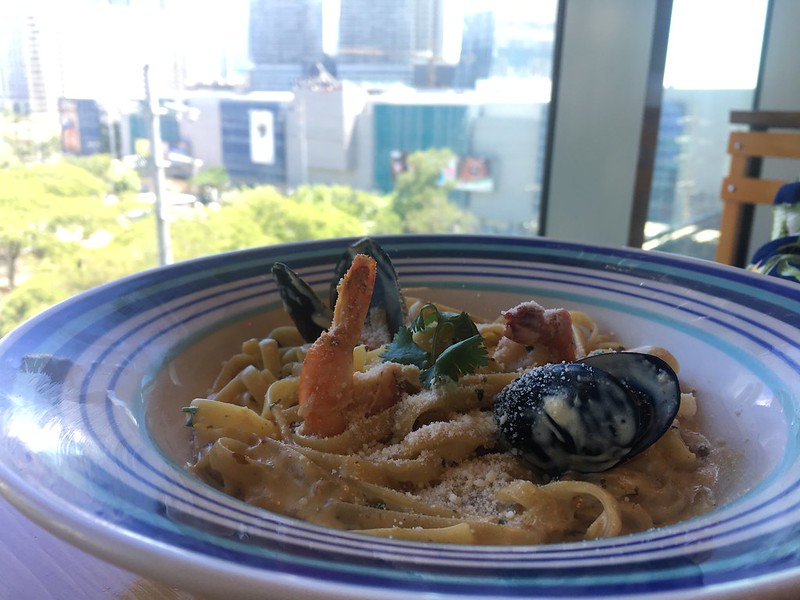 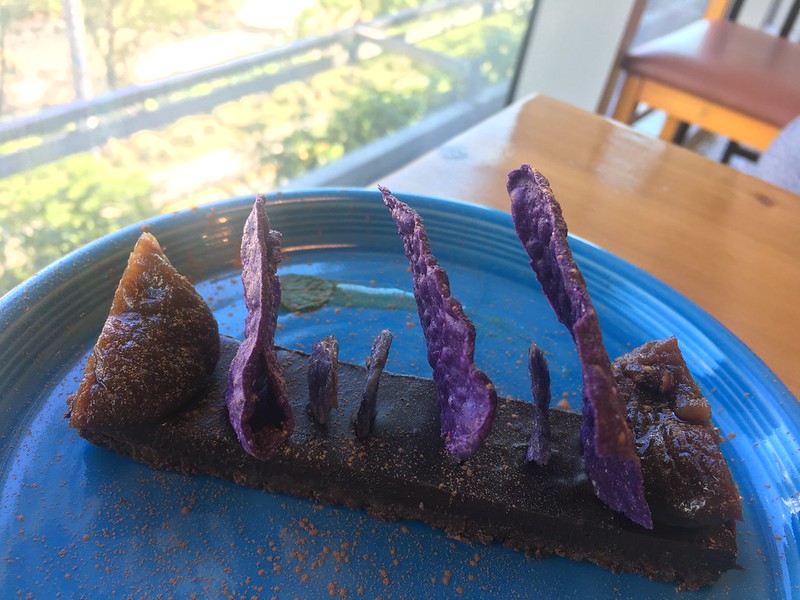 Banana Shakes (Php120).  Both choices offer a fresh take on the banana shake: the Banana Pineapple has a more tropical taste while the Banana Mint features a cool, refreshing taste. 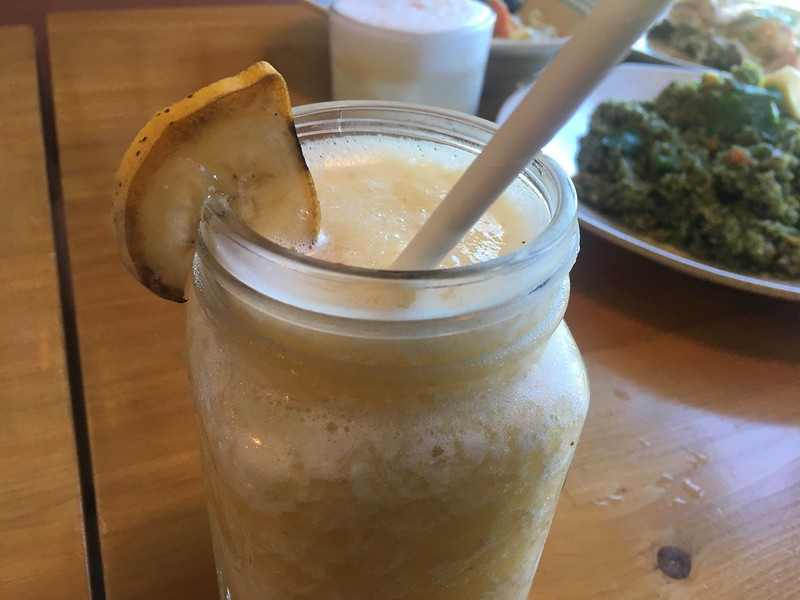 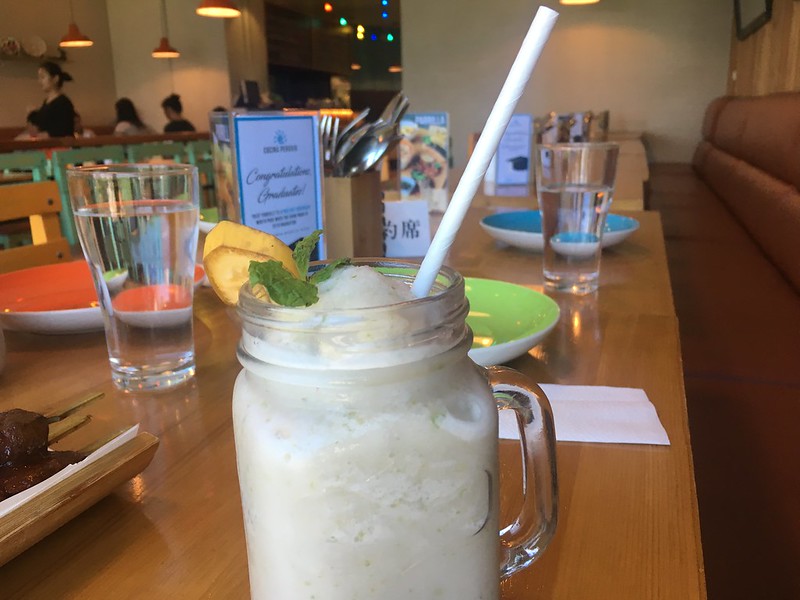 These dishes gave me and my fellow foodies an awesome taste of Peru’s fusion cuisine! On my next visit, I look forward to trying out more of Cocina Peruvia’s parilla line and desserts. 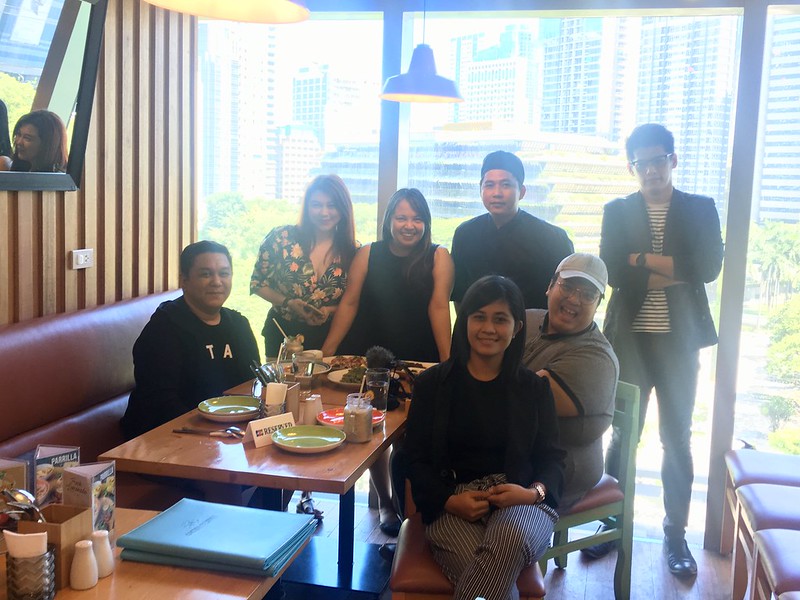 Disclosure: Together with other #SaanSaPH foodies, I was invited to attend a foodie meetup held in this restaurant. Food items mentioned here were served to allow us to sample the fare and were not paid for by the attendees, including myself.

Check out my reviews of similar restaurants: