Merging the broody minimalism of Lorde and Banks with the chameleonic tendencies of artists like Halsey, Naomi G’s latest track begins rather unassumingly with nostalgic, flatlining keyboards and ethereal soundscapes, and evolves into a vindictive anthem that turns emotional scarring and pain into a source of strength. 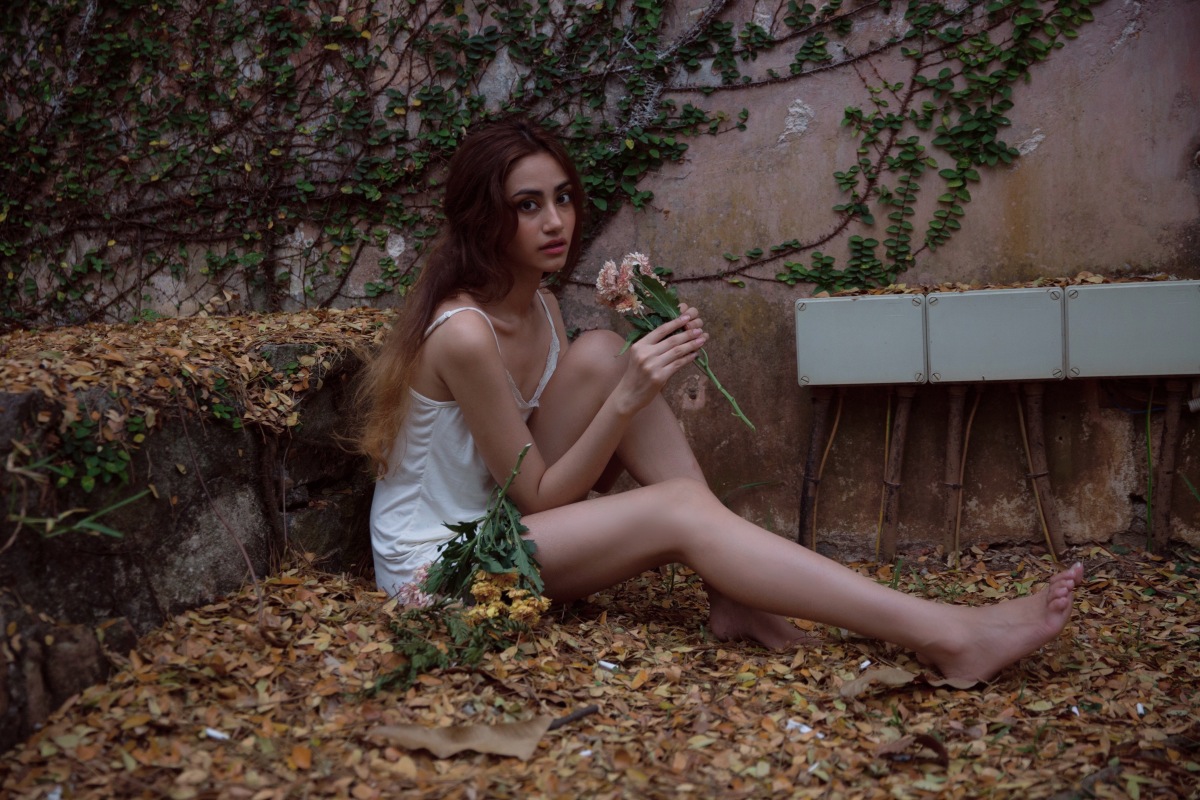 The eclectic newcomer marks her official debut with the release of “Cage The Animal”—a gothic pop-R&B tune that chronicles the cycle of abusive and toxic relationships, and how to get away from it triumphantly in order to rebuild one’s dignity.

Merging the broody minimalism of Lorde and Banks with the chameleonic tendencies of artists like Halsey, Naomi G’s latest track begins rather unassumingly with nostalgic, flatlining keyboards and ethereal soundscapes, and evolves into a vindictive anthem that turns emotional scarring and pain into a source of strength.

Given that she already seems to have her stylistic stamp on lock, Naomi G is destined to take the world by storm with her bold,assertive take on women empowerment, never treading lightly on important social issues that degrade, discriminate and disrespect people of her kind. It’s an accomplishment worth taking seriously, a statement of self-love and confidence from someone who
initially seemed to have lost it all.

“Cage The Animal” is the lead single for Naomi G’s debut EP which is scheduled for release over 2021.

Alternative and alternating, Naomi G is one of Singapore’s rising Dark Pop songstresses rendering her most symptomatic coming of age experiences, wherever it takes her. The singer / songwriter unblinkingly stays her mind and allows her Freudian Slips to take entre stage. The rhythm that comes of it is a moody downbeat electronica, flavoured with slick notes of Alt-R&B, frothed by
ethereal Dream Pop, and enlightened by Soul. At times unsettling, her hypodermic words are indeed a salt to her own melancholia – one that slurs mystique sexuality and breaks down brittle emotions afoot.

She’s radiantly inflamed by the terrestrial experience she is treading through, unafraid of undressing intensity and honesty- owed to herself. Naomi describes her music as a “body- caressingly raw sonic prelude to my own deeper tensions” and that running them through music is the cathartic shatter she needs to figure them out. Other times it’s all about expressing that untimely and noise-cancellingly loud message that is often contemplative, combative and cynical. The young singer now begins her journey by flirting with themes of balance such as that between innocence and sensuality, relationship and isolation as well as nature and oppression.

Umami Records is a Singapore-based indie record label founded in 2013. Much like the “5th taste” reputation of its namesake, the label strongly believes in discovering new, interesting sounds that run underground and away from the mainstream. The label’s tight-knit, curated roster includes releases from Linying, The Steve McQueens, brb., Evanturetime, CampFire, Martin Baltser, Phoria, Oriental Cravings, and more. With its exquisite fusion of lo-fi, jazz, and hip-hop, Wovensound’s latest jam exudes a feel-good summer road trip vibe while leaning towards a classic, stylistic lineage in terms of production and overall sound.

According to the underrated producer, the song was recorded during the lockdown period in Singapore, with no access to the studio. He collaborates extensively and roped in 4 artists from Singapore on this track, including rappers Ihasamic!, SHAK, Andrew Marko, and singer Raina Sum. “I just love how this song takes different turns throughout its different sections, with each
artist bringing their own flavour to the table and bouncing off each other,” Wovensound shares.

Lyrically, “Sickleberry Sunsets” doesn’t adhere to bland compromises. It’s a slickly produced hip-hop anthem that tackles two sides of a familiar persona. “In the song, there are two stories playing simultaneously: a cynic’s struggle with staying optimistic as a realist, and an optimist’s struggle of dealing with a loss of innocence and ignorance”, shares Wovensound. “I was in a very Nujabes mood when creating the track. The horns at the end is me paying some tribute to an artist I love dearly.”

About Wovensound
Singapore hip-hop producer Wovensound weaves his love for music with other artists, collaborating extensively and producing
something unique every time. Wovensound AKA Vinod Dass is also a veteran of Singapore’s underground metal scene, playing guitar in various bands including Truth Be Known and Mucus Mortuary. He decided to establish this moniker in order to pay tribute to his love for other forms of music, mainly hip hop and rap. Wovensound’s 6-track debut EP Vertigos Fulfilled drops in June 2021.

About Umami Records
Umami Records is a Singapore-based indie record label founded in 2013. Much like the “5th taste” reputation of its namesake, the label strongly believes in discovering new, interesting sounds that run underground and away from the mainstream. The label’s tight-knit, curated roster includes releases from Linying, The Steve McQueens, brb., Evanturetime, CampFire, Martin Baltser, Phoria, Oriental Cravings, and more.

Gail Belmonte’s voice is a formidable instrument that fits the song’s easygoing charm and brimming sensuality. Her singing style works pretty well in the context of flowy arrangements and vintage sounds, and it somehow finds fascinating corners within Tonight’s urban pop appeal. 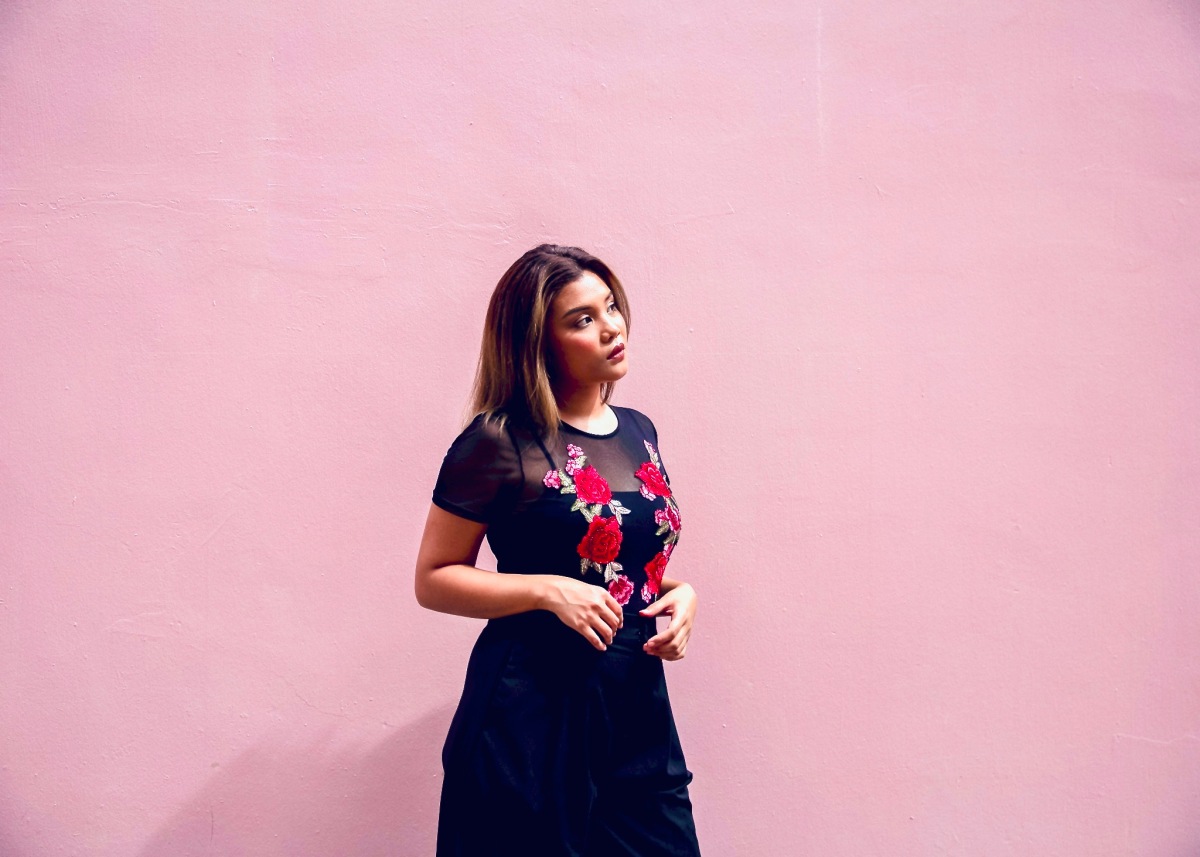 A chill track with that feel-good fairy dust sprinkled on top, ‘Tonight’ is about enjoying the night, slowing down and taking the time to soak in its magical beauty.

“I’m quite the night owl and work best during the nighttime, so I decided to write a whole song about how much I love the night,” Gail shares the details about her new song. “In writing ‘Tonight’, I felt a sense of safety in the night, and I wanted to portray that in the most comfortable and magical way possible – and that’s throwing a bit of love in there. The most important thing to me is that it’s completely okay to feel vulnerable on your own in the dark of night, and it is okay to slow down every once in a while and let the night time take over.”

Gail’s voice is a formidable instrument that fits the song’s easygoing charm and brimming sensuality. Her singing style works pretty well in the context of flowy arrangements and vintage sounds, and it somehow finds fascinating corners within Tonight’s urban pop appeal.

Born and raised in Singapore, of Filipino descent, Gail Belmonte started singing and performing from an early age, and has won and appeared in numerous singing competitions in Singapore and Philippines since 2016. The upcoming singer-songwriter made her theatre debut in Pangdemonium’s staging of the Tony award-winning musical, Fun Home, in 2017.

Gail Belmonte has been featured on tracks by artists like fulses, thecolorfractal, Fingerfunk and Tim De Cotta. The R&B artist is finally ready to put out her own music with 3 singles planned for release in 2020, in which she explores the effects of love, heartache, falling apart and putting yourself back together again.

Tonight by Gail Belmonte is available everywhere at this link. 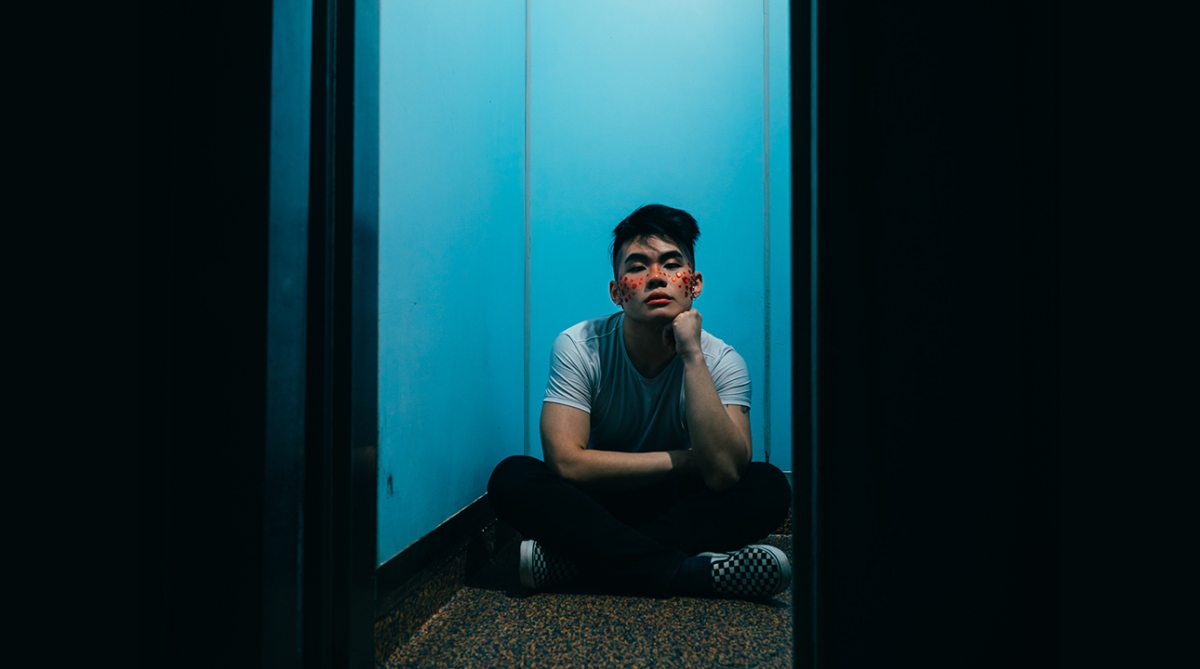 BETTER is a poppy, free-spirited song about the joys of being high on love. Dominic Chin shares: “This song is inspired by love! There’s a quote that says ‘falling in love is the best high without breaking the law’, and I fully agree! The whole chorus talks about how flowers smell better, time passes much slower, the sky is BLUE-ER. How you don’t ever want time to stop when you’re with the person you love.”

Fun, playful melodies accompany Dominic’s beautiful and infectious vocals, leading up to unapologetically brash and compelling choruses which he proudly belts out. “I felt like it needed a quirky aspect too, and that’s why I sang ‘You-you-you’ with a slight yodle. AND I love showing off my whistling skills. I have been practicing for years, finally I can properly show it off!” shared Dominic.

Dominic Chin invites us to embrace the unbridled joy and warmth that emanate in his song: “Sometimes we are afraid to love because we are afraid to be hurt, and we don’t say what we feel as much, we don’t communicate enough. Let this song be a dedication to your significant other. Being in love is scary but it’s one of the most beautiful things in the world for humans to experience. ‘The greatest thing you’ll ever learn is just to love and be loved in return.’”

A music video follows this release, as well as a custom Instagram AR filter, which fans can use to get the same “hearts on face” makeup (without the mess) as seen in Dominic’s music video and album art. The rest of Dominic Chin’s EP will be released in the second half of 2020, leading up to his debut show at the Esplanade Singapore on 21 August.

BETTER by Dominic Chin is available everywhere at this link.
Try out the Instagram AR filter here.

Singapore pop artist Dominic Chin creates music with his distinct voice and a blend of electro-pop, soul and r&b. Fuelled by life and all its awkward contradictions, Dominic writes songs from the heart that resonate deeply with his audience.

The 24 year old singer-songwriter from Singapore started covering songs on YouTube in 2010, and his channel has more than 9200 subscribers and 1.3M views. After the viral success of You First Believed, a tribute song he wrote for Singapore founding father Mr Lee Kuan Yew in 2014, he was compelled to start writing more originals. He released his first single CLSE2U in 2018, followed by SHY, HERE and AWARE, and his songs have been featured on major Spotify editorial playlists including ‘Electro Mix’ and ‘Singapore’s Top Acts’.

Join 5,466 other followers
Follow Jellybeans in the City on WordPress.com