I availed of a Metrodeal offer that gave me a substantial discount on the dine-in food offerings of BTW Fil-Mex Kitchen.  Thus, I found myself walking the short distance from my office to this relatively newly opened resto along Mother Ignacia Street in Quezon City.

BTW stands for Burritos, Tacos and Wraps which sum up the resto’s menu. It Fil-Mex offerings include Burritos in bowls and wraps, Nachos, Quesadillas and Tacos, with some desserts and beverages thrown in.

It has a hole-in-the-wall kind of feel that would appeal to the younger crowd: an inviting facade, bright colorful interiors (with lots of natural light, perfect for photo opps and foodie shots) and relatively affordable fare.  Older fogies like me would have some issue with the restaurant’s entrance which is a bit too high off the ground (and is definitely not wheelchair-friendly). 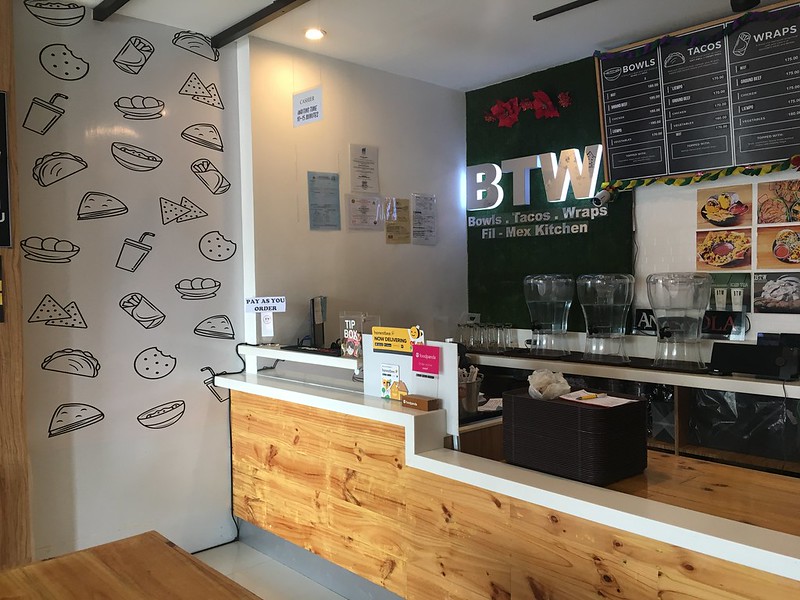 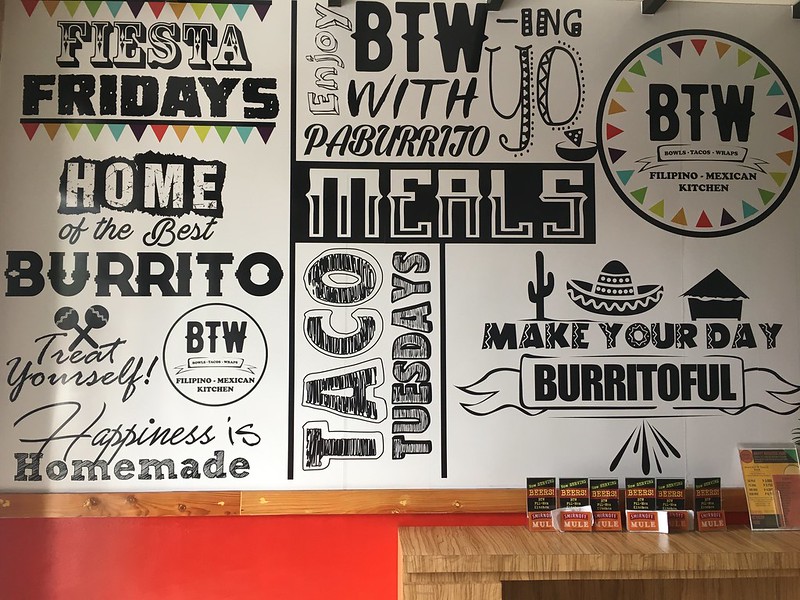 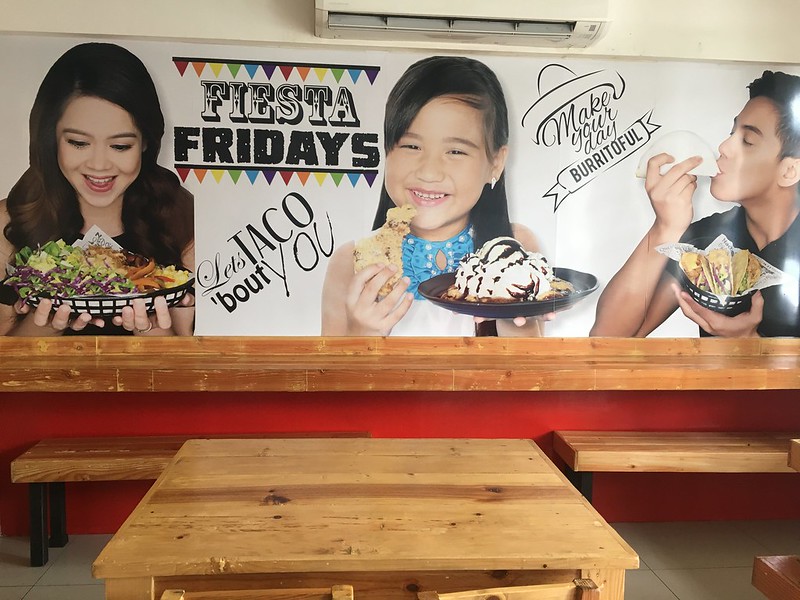 The lone server (whose name is Jonathan) gamely set about helping me with my order.  The challenge is to fit an entire meal into the Php200 purchase amount covered by the Metrodeal voucher. We ended up with:

Beef Taco (Php170). Ground beef mixed with crisp vegetables and mexican sauces topped with cheese served over two soft taco shells (Note: hard taco shells were not available when I was there). It was served with a side of cheese-topped marble potatoes and some piccadillo. The serving was quite large, and since piccadillo helped provide some zesty counter to the strong flavors of the Mexican sauces in the taco. 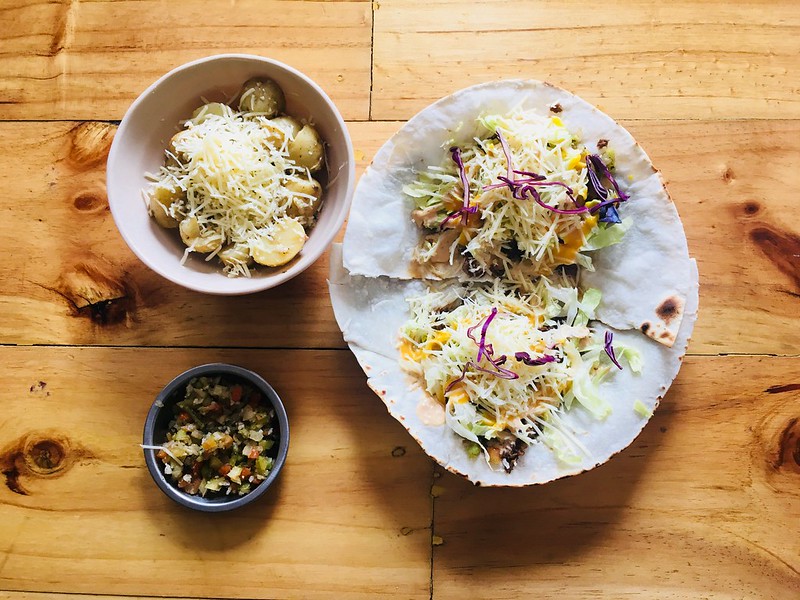 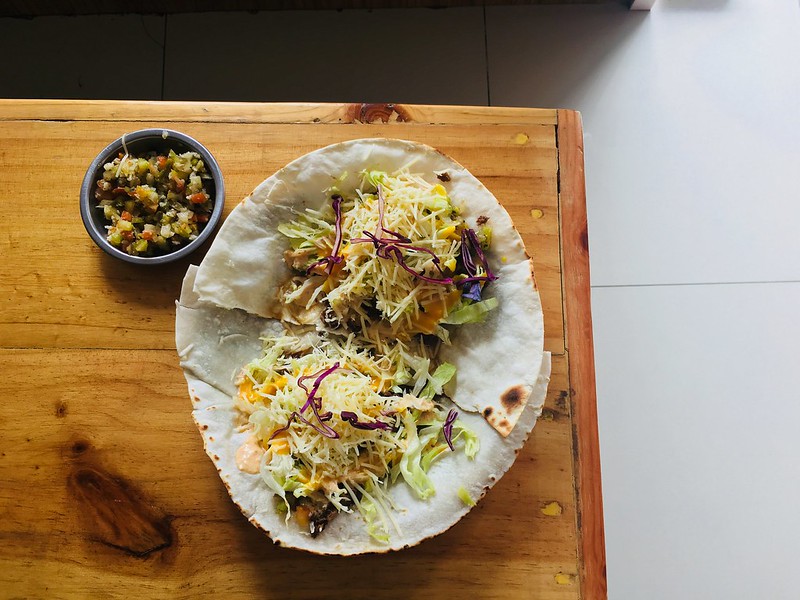 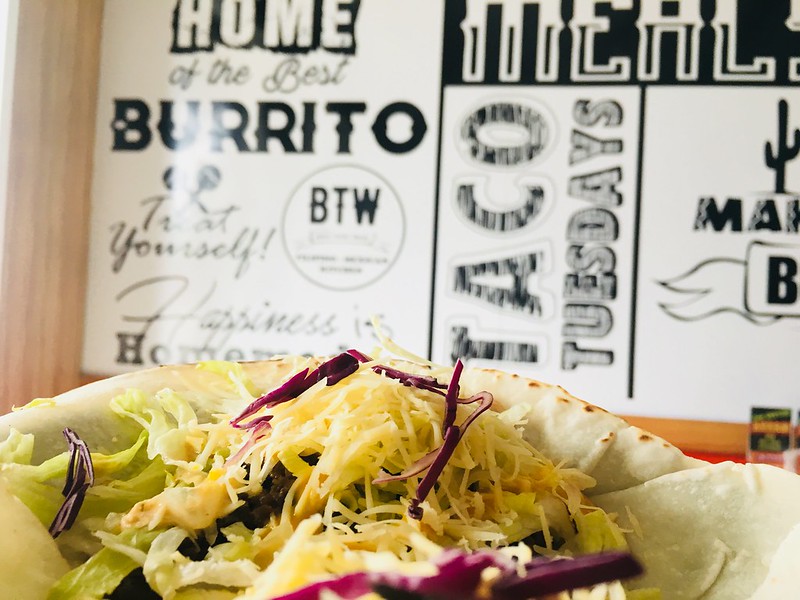 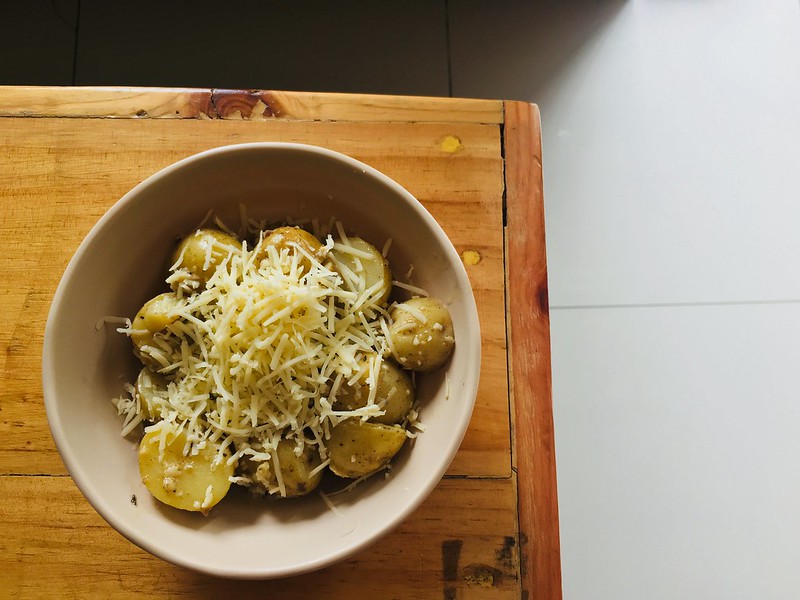 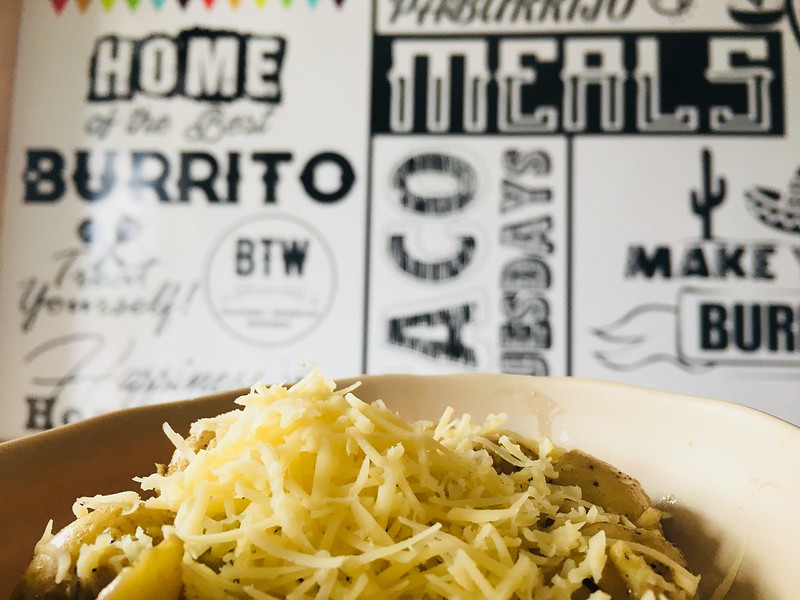 Lechelatin (Php40). It’s a milk drink that even Jonathan had trouble describing to me. It has some clumps of small sago pearls at the bottom and is topped by what appears to be Rocky Road Ice Cream. 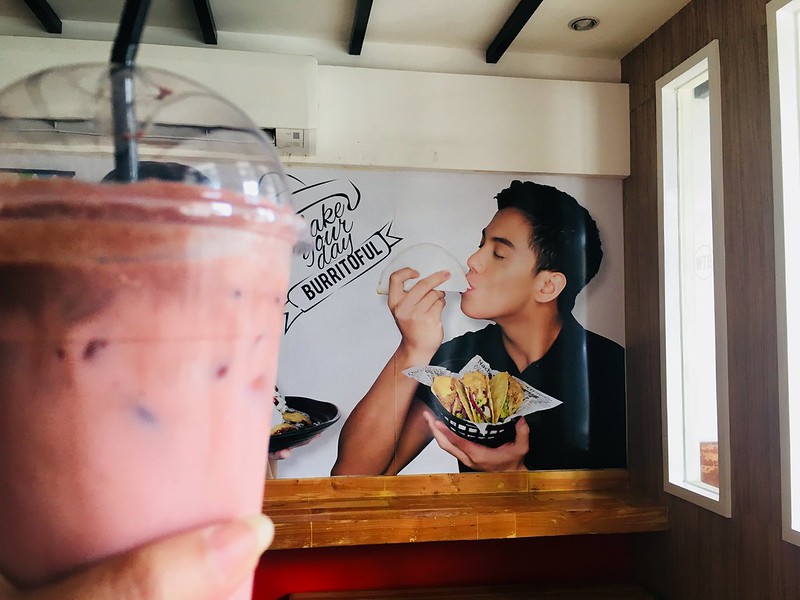 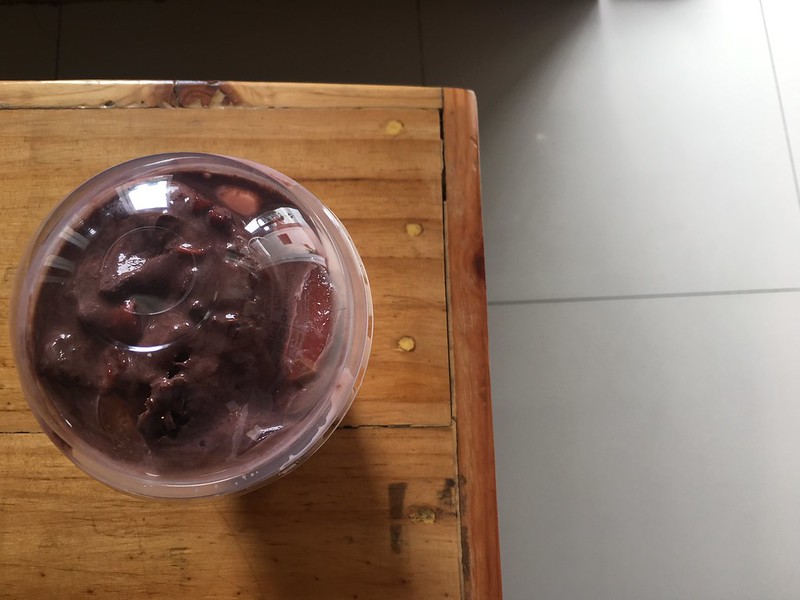 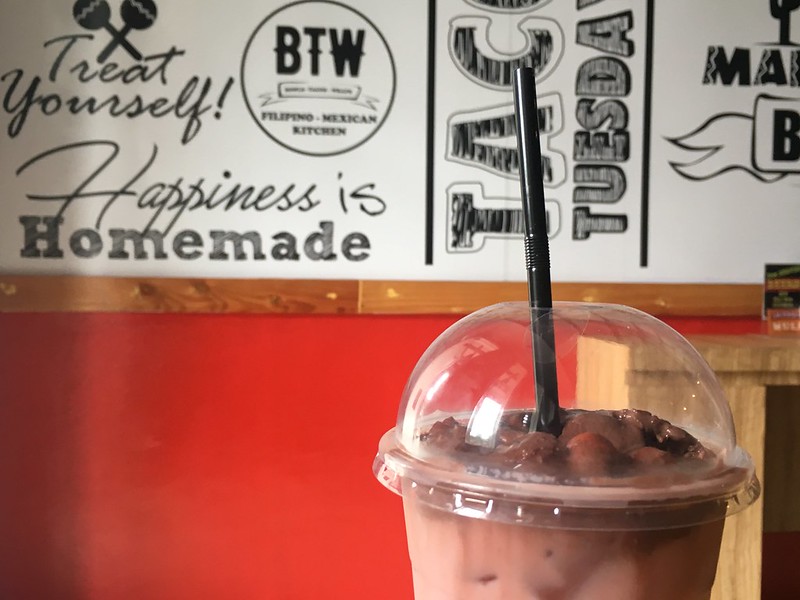 The tacos are ok – there is a fine blend of flavors among the beef, the veggies and the Mexican sauce.

Lechalatin, however, is problematic for me.  It does not support the Fil-Mex proposition of the resto despite its name and execution may have been a bit hard for a lone server-slash-cook to achieve well.

I would prefer a more traditional Mexican-style chocolate beverage using the Filipino batirol to stay in keeping with the Fil-Mex theme than a confused amalgamation of disparate influences such as the Lechalatin.

Oh, and kudos to Jonathan for the great service!

BTW Fil-Mex Kitchen is located at 113 Mother Ignacia Avenue, Bgy. South Triangle, Quezon City.  It accepts delivery requests via SMS to nearby offices and residence through the numbers +63 966 6880494 or +63 999 9092008.  Queries may also be sent to the email happyburrito.btw@gmail.com.

It also delivers via Honestbee.  Register using this referral link and get Php500 off for a minimum spend of Php2,500.

Check out my reviews of similar restaurants:

Learn more about Latin American cuisine with these books on Amazon.com!