You would think that multiple misfortunes would keep aspiring chef Carlos Cabigao down.

In the year-and-a-half preceding December 2017, his family experienced several tragedies which include his sister’s involvement in an accident and a brother’s passing. While he did wallow in some sadness, even quitting his job, he decided to pull up his bootstraps (figuratively) by yearend, pooled his resources and started baking in light of the upcoming holidays. However, his family tragedies still haunted him.

“Baking tends to require a lot of love and care,” shares the young chef, “which at that time, I didn’t have.”

Fortunately, a friend suggested that he try his hand at making spreads using butters.

Finishing butter (also known as compound butter or beurre compose) are made of butter whipped with additional ingredients – such as herbs, aromatics or spices – that add flavor to the mixture. The mixture is then reformed, sometimes in plastic wrap or parchment paper, and chilled until it is firm enough to be sliced for serving.

Finishing butters are most often melted on top of meats and vegetables, enhancing the taste of these dishes. These may also be used as a spread for breads and to add to the flavor of sauces and soups.

Carlos’ finishing butters are available in two variants branded under Migu Migu: Tartufo Bianco (White Truffle) (Php320/180g) and Garlic and Fine Herbs (Php250/180g). The butters are packaged in top-sealed mason jars and have shelf life of two weeks if unrefrigerated and 6 months if refrigerated after purchase.

(Jellybeans’ Note: I tried them on pan-grilled lamb, pork chops and steaks and they were delish! The White Truffle Butter appealed to me and my daughter #ExhibitA but since Hubby is not so much into truffle, he’s partial to the Garlic and Fine Herbs variant. My son #ExhibitB will basically eat anything you put in front of him. :-)) 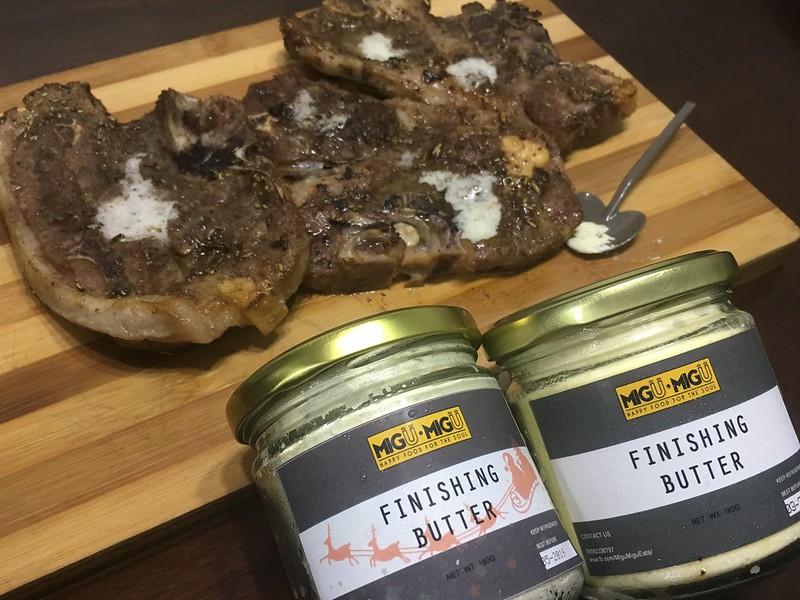 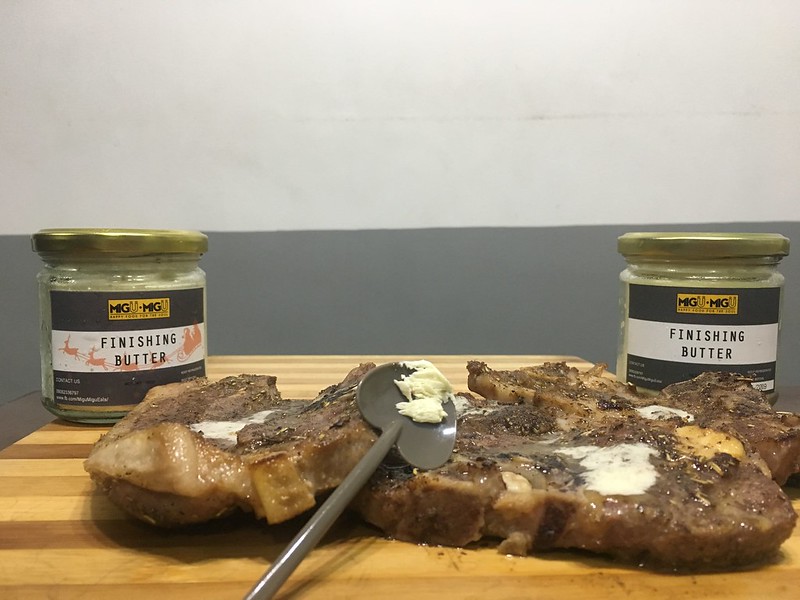 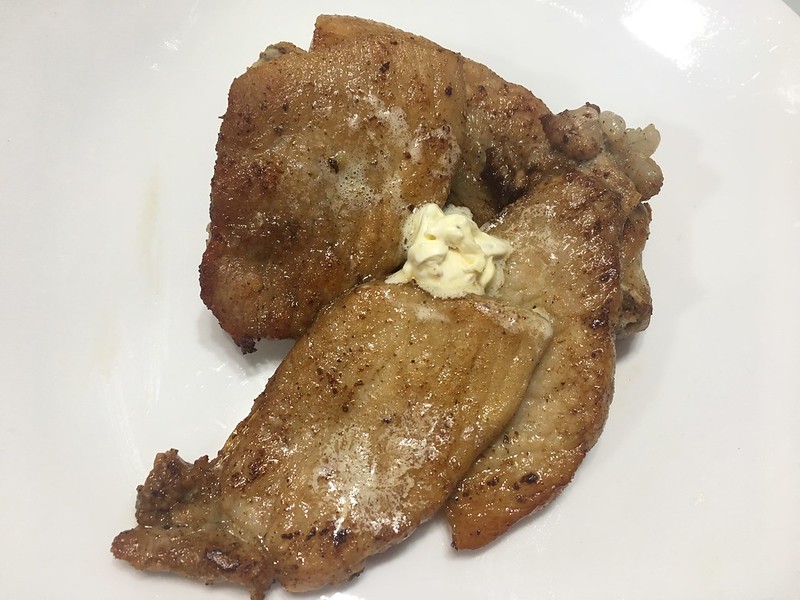 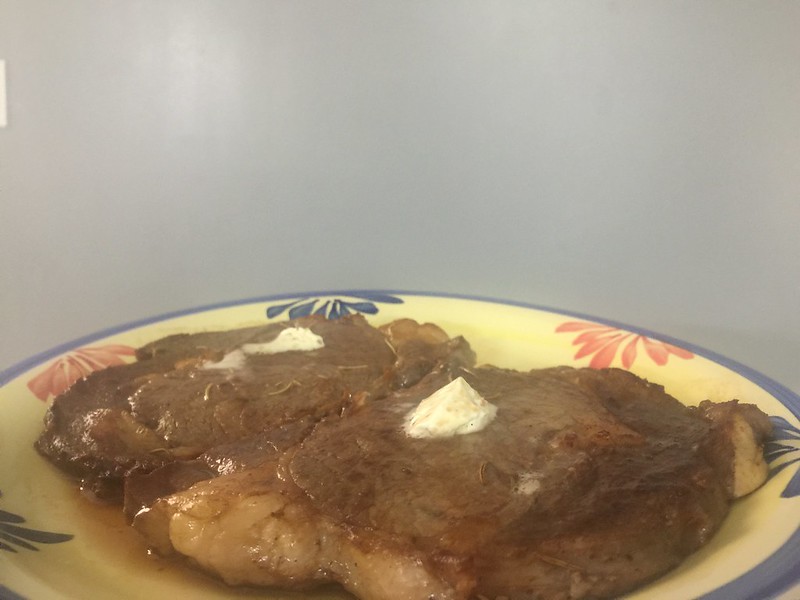 Going into business proved to be a blessing for the young entrepreneur. It enabled him to widen his network by later joining the online group Let’s Eat Pare, whose initiatives geared towards educating and encouraging MSMEs such as seminars and gen meets helped bolster Carlos’ confidence and business know-how.

So what can Carlos‘ experience teach us? That setbacks may come but these can spur us to do more than we thought possible… with some help from good people, of course. 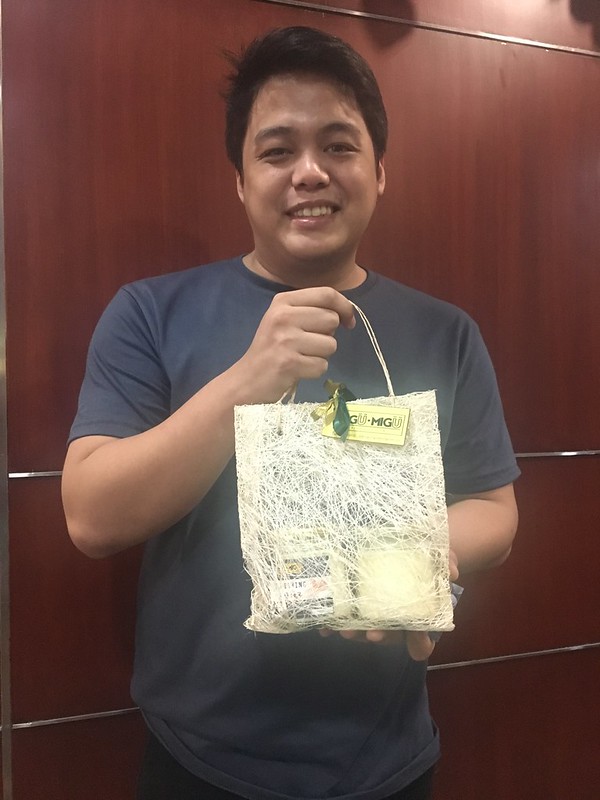 He currently sells his Migu-Migu finishing butters at Meals.ph but you might catch him at food fairs in your area soon. Check out Migu Migu’s Facebook Page for more product details.

Disclosure: Information in this article obtained from email and personal interviews with Carlos Cabigao. Product samples provided by Migu Migu for review purposes.