Korean barbecue has grown in popularity in recent years. I sometimes think that I can’t pass through an area without seeing at least one Korean barbecue joint.

Apparently, there was an area between Pasig and Pateros where there was a dearth in K-BBQ eateries. That is, before 1223 Grill came along.

The only K-BBQ joint in a relatively quiet residential area just off the C-5 highway in San Joaquin, Pasig City, 1223 Grill usually caters to local residents as well as students of a nearby school. This restaurant approximates the usual location, look and feel of similar eateries in Korea: homey and located off-the-beaten-track. 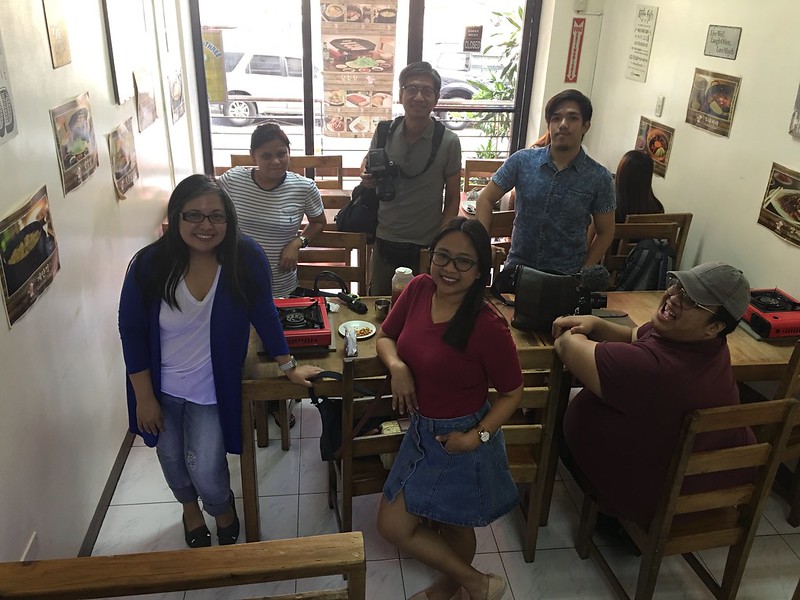 Together with other food bloggers from Saan Sa PH, I was invited to check out 1223 Grill’s Korean food offerings, which include the Samgyeopsal and Chadolbaki Unli Combination (Php429 for lunch | Php449 for dinner). The most popular (and ubiquitous) among K-BBQ variants, unmarinated pork belly and beef brisket slices have a special appeal. Since no flavoring was applied to the meats prior to grilling, the flavor has to come from the meats themselves and the what you put on them once they’re off the grill. Personally, I like dipping them into sesame oil seasoned with salt and pepper, and into ssamjang (soy bean paste) before wrapping them in the crisp lettuce leaves along with a thin slice of raw garlic. 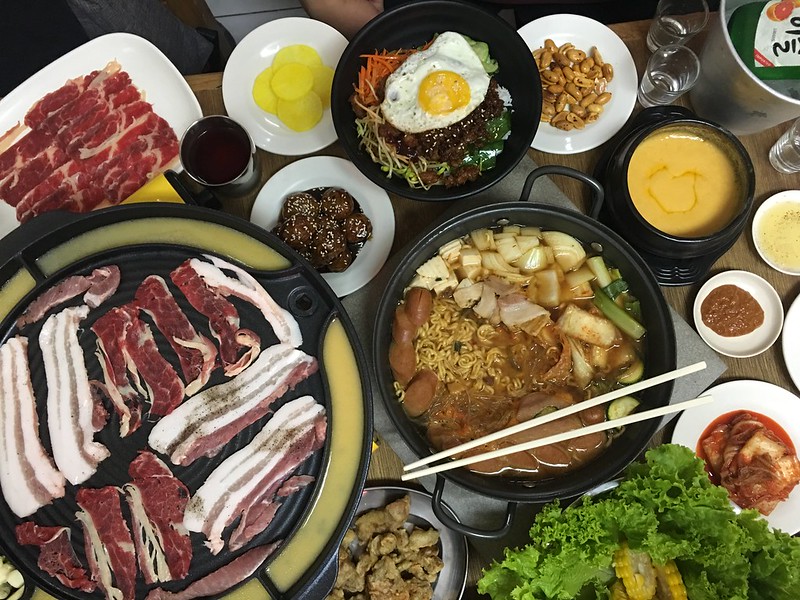 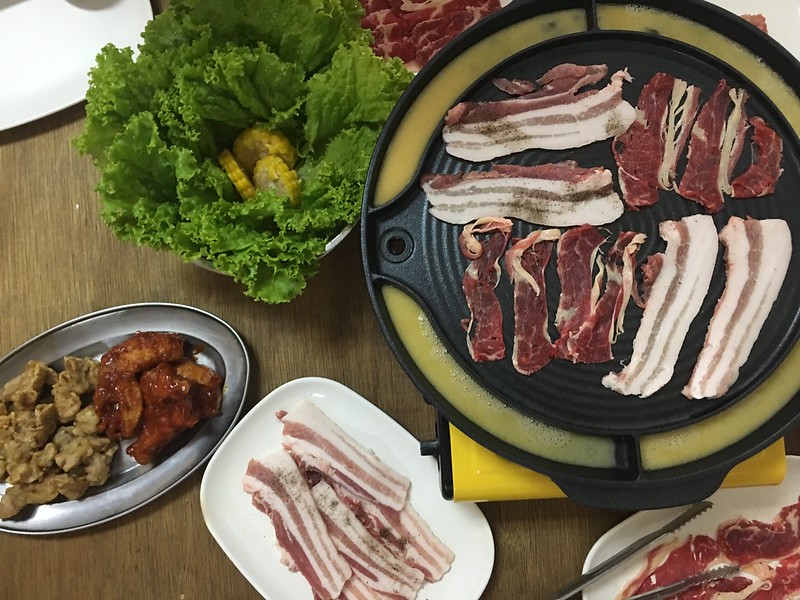 But the Korean BBQ fest does not end there! Add a pan of creamy melted Cheese (Php100) into the fray for dipping and what have you got? An explosion of flavors with each bite that’s just heaven! 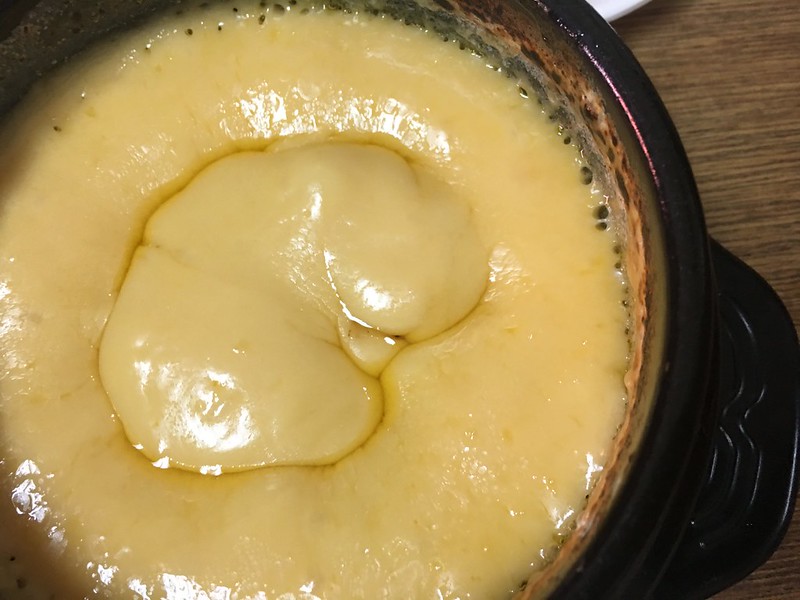 For more than just a bit of heat, we had the Spicy Chicken and Pork with Cheese (Php289) and the Teokboki Spicy Rice Cake (Php120). 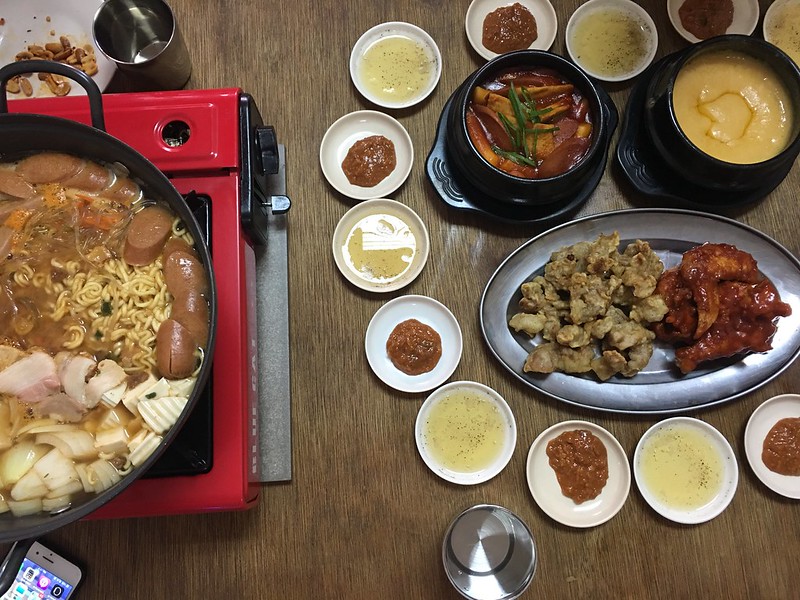 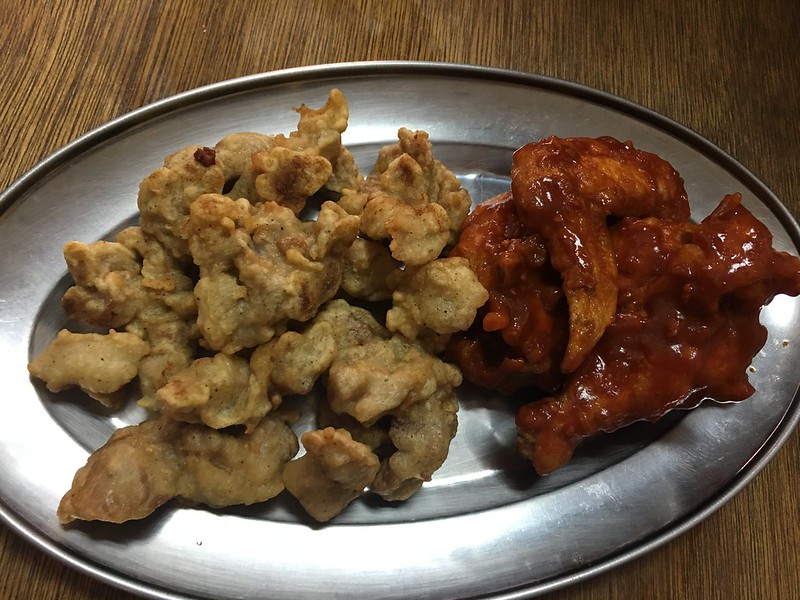 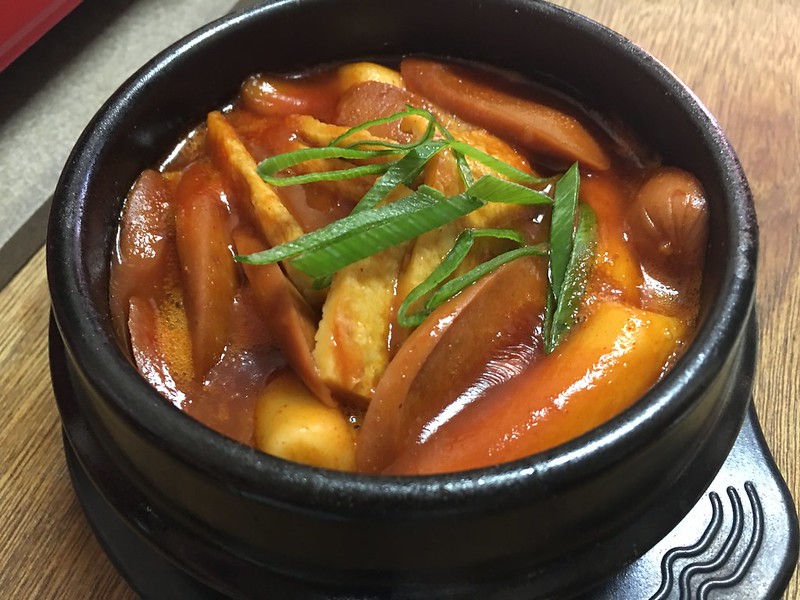 The Budae-jjigae (Php399) is a hearty soup of flavorful broth, noodles, tofu cubes and chopped aromatics along with processed meats. Did you know that its name translates to “army base stew?” It came about after the armistice that ended the Korean war, when home cooks scrounged for food left behind in the US bases. Today, it is usually consumed along with beer or as a lunch item. 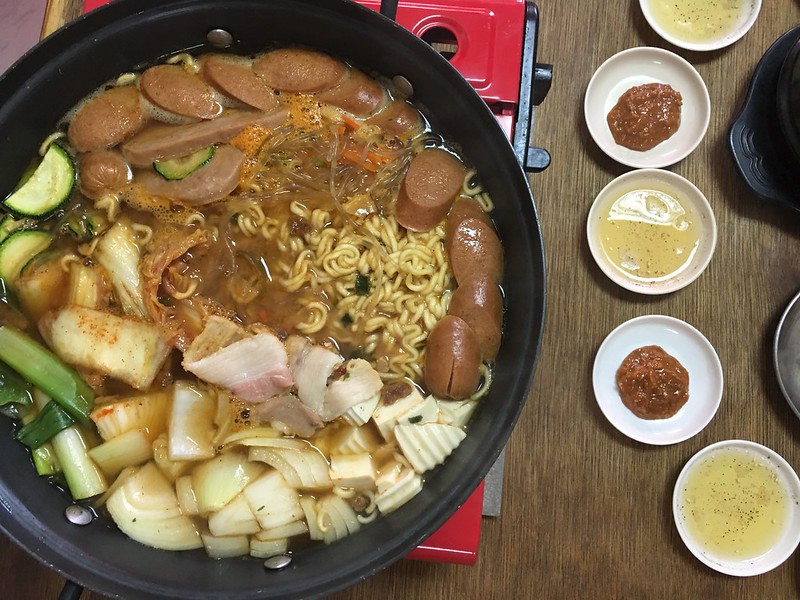 Rounding up our viands are the Japchae (Php150), stir-fried glass noodles with vegetables, and Beef Bibimbap (Php280), rice mixed with julienned cucumber, mushrooms, soybean sprouts, spinacha and beef, flavored by gochujang (red pepper paste). I like placing small amounts of bibimbap into my samgyeopsal in lettuce wrap to get an interesting mix of textures and flavors with each bite. 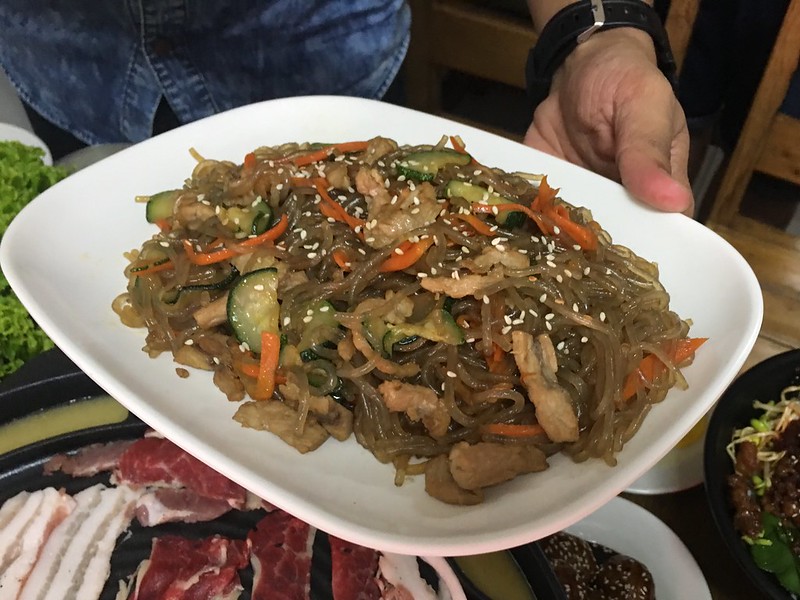 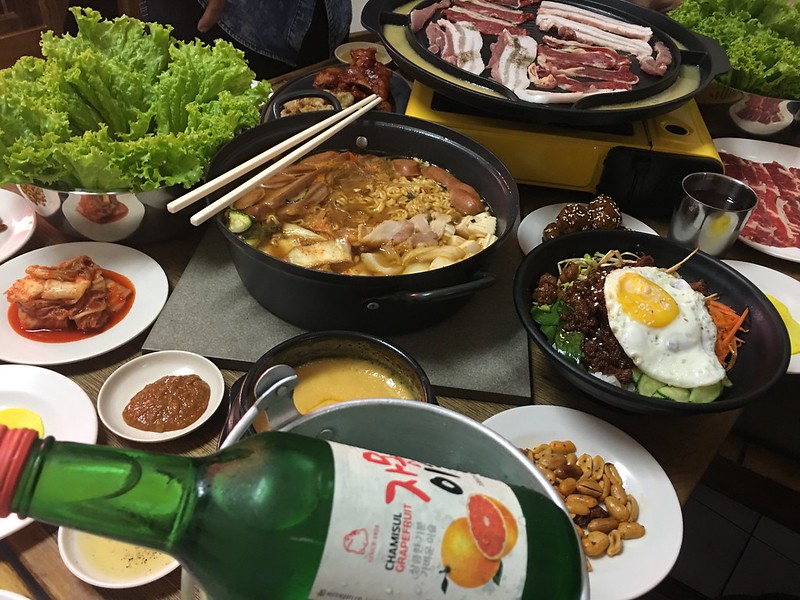 And of course, as is customary among Korean BBQ joints, our viands were accompanied by several types of banyan (side dishes) that we can munch on while waiting for our meats to cook. 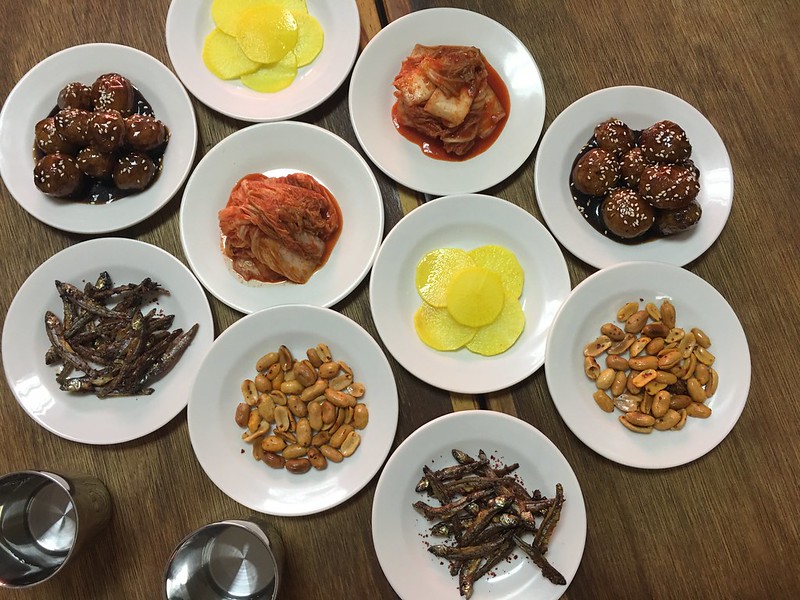 1223 Grill prides itself on having premium ingredients; many of its meats are actually imported to capture the authentic taste of Korean food.

The servers were also quite attentive and accommodating, despite our group’s many requests and inquiries.

It seems that 1223 Grill’s combination of great and affordable food and friendly service is well-appreciated by its patrons. Plans are already underway to expand the store’s area to accommodate more customers.

It was quite a Korean food adventure; we even had some shots of soju mixed with Sprite to cap our meal! 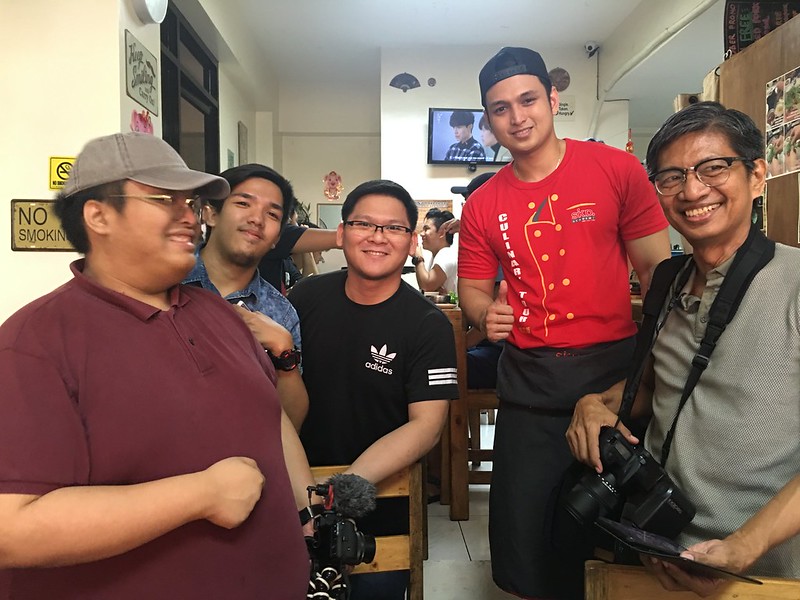 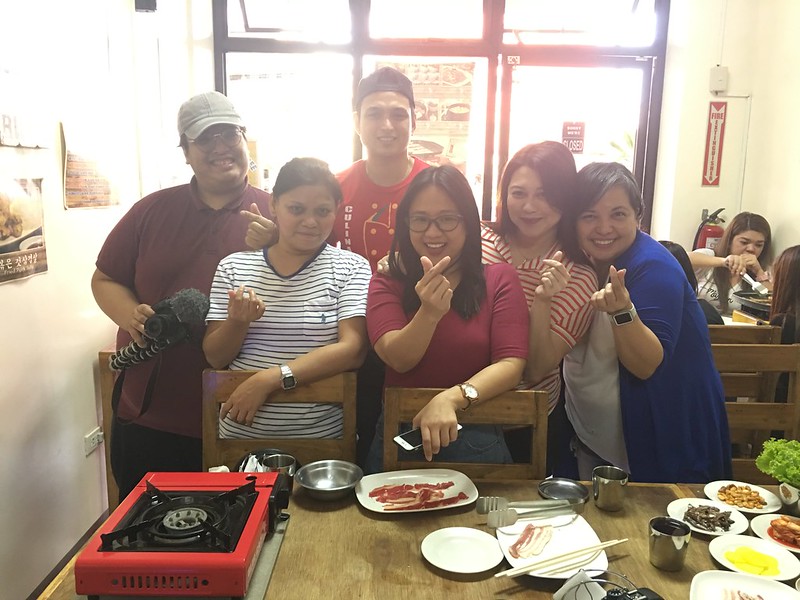