It has been a year since Six Doors BBQ Buffet opened its doors at Uptown Mall in BGC. Since then, it has won the hearts of foodies (including my parents when they treated one of my mom’s amigas here!) with its expansive showcase of European, Asian and Brazilian dishes, its 3D VIP dining rooms and now, a teppanyaki station! 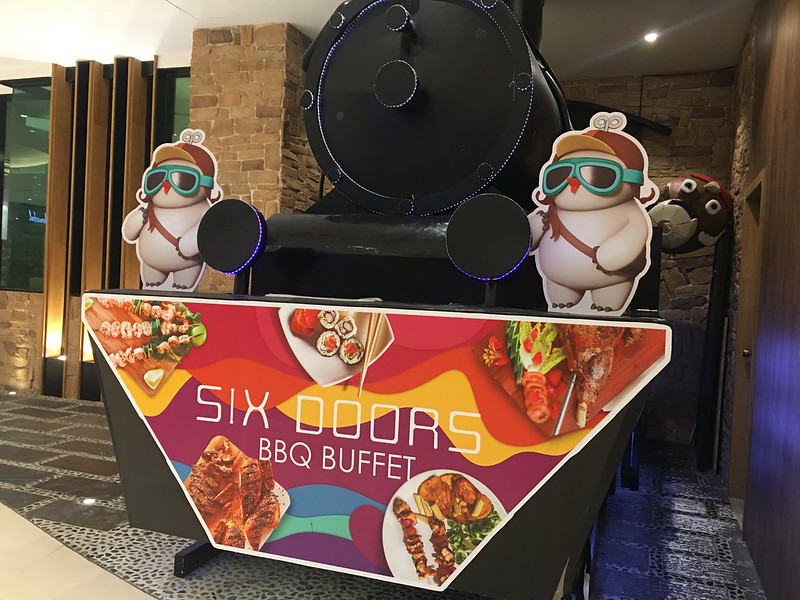 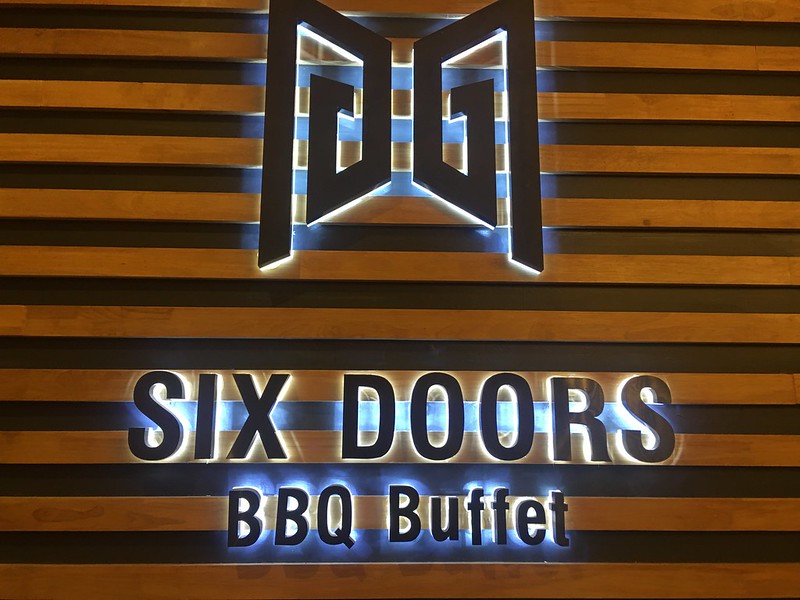 I recently dined here together with Pat of ThePatKidInside and we spent an enjoyable time catching up as we ate our fill.

If you haven’t been to Six Doors BBQ Buffet, let me share with you the top six things I enjoy the most during my dining experiences there.

One: The well-appointed and sprawling dining area

Depending on their concept and design aesthetics, some buffet restaurants tend to feel crowded and cramped. Some tables are located too close to each other and diners would sometime jostle each other when they get up to get food or when they come back to their respective tables.

You and your companions can dine in comfort and style with its spacious open dining area with tastefully laid out tables and couches. 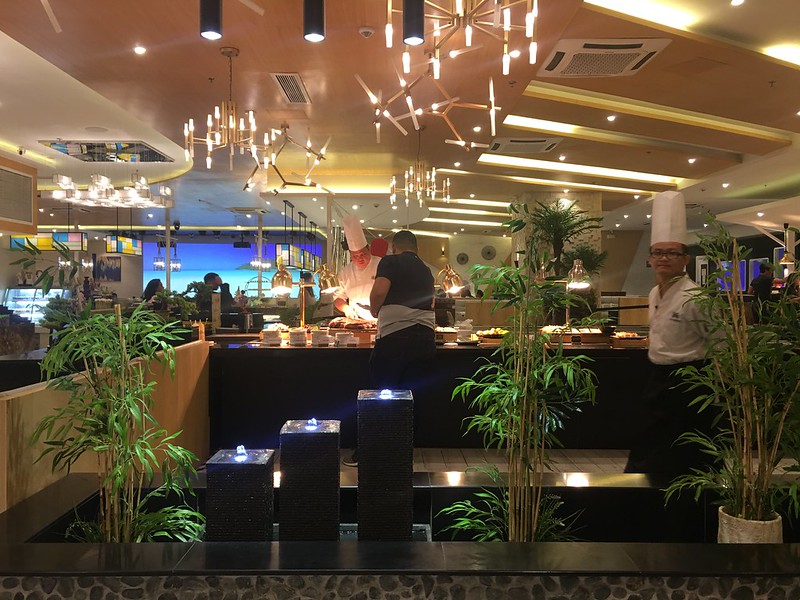 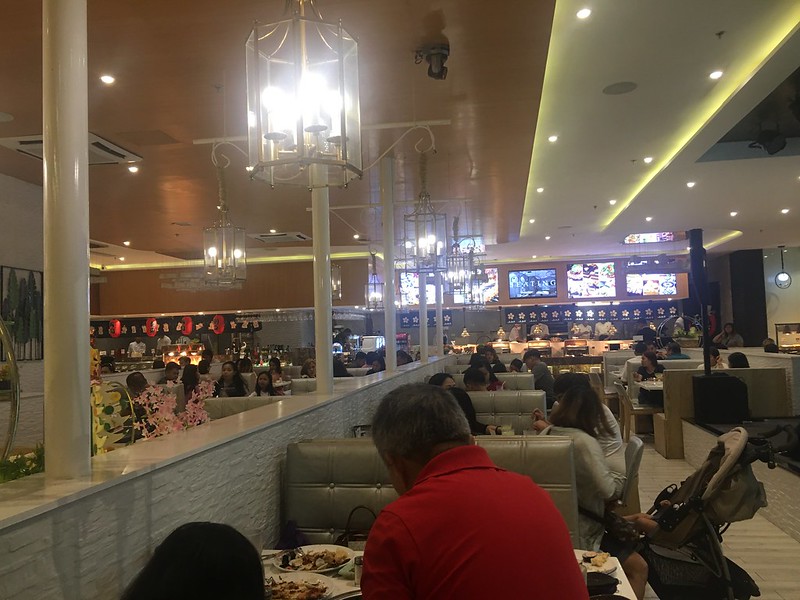 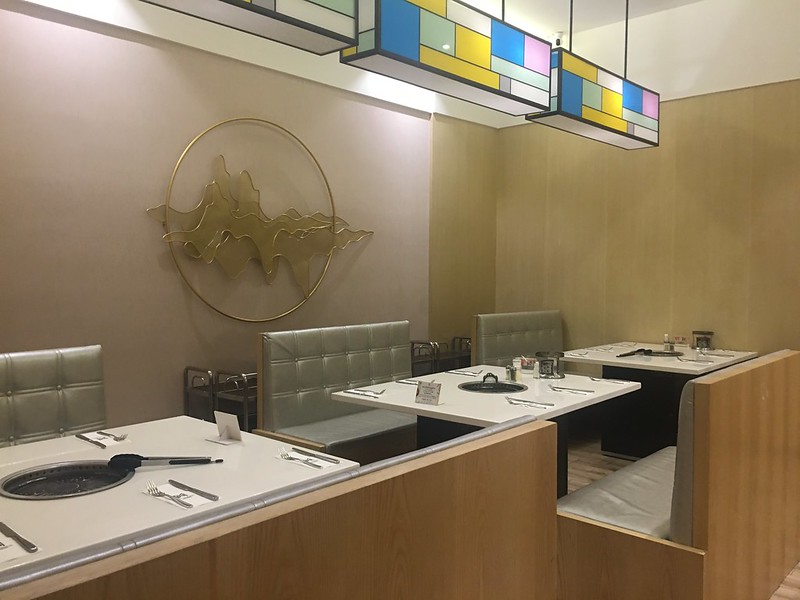 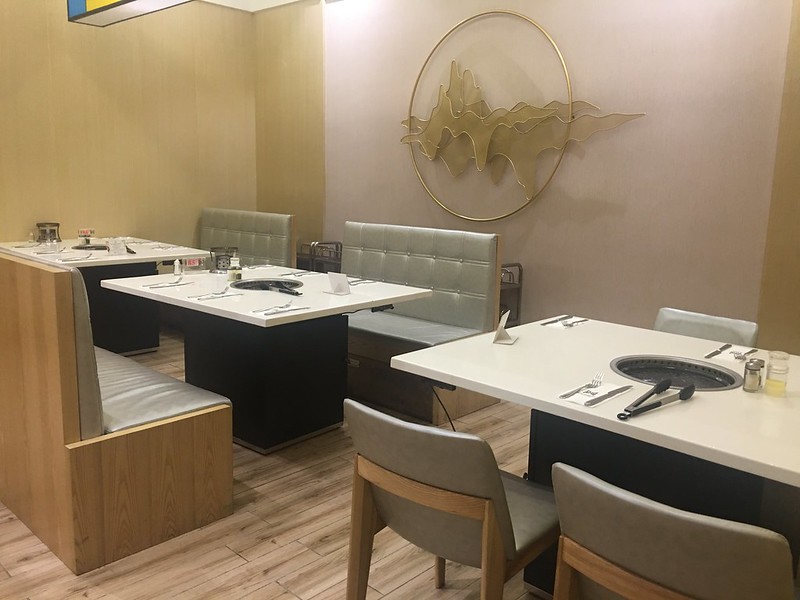 Parents with young (and energetic!) kids can also rest easy because there’s a playroom where the little ones can play and enjoy themselves after eating. 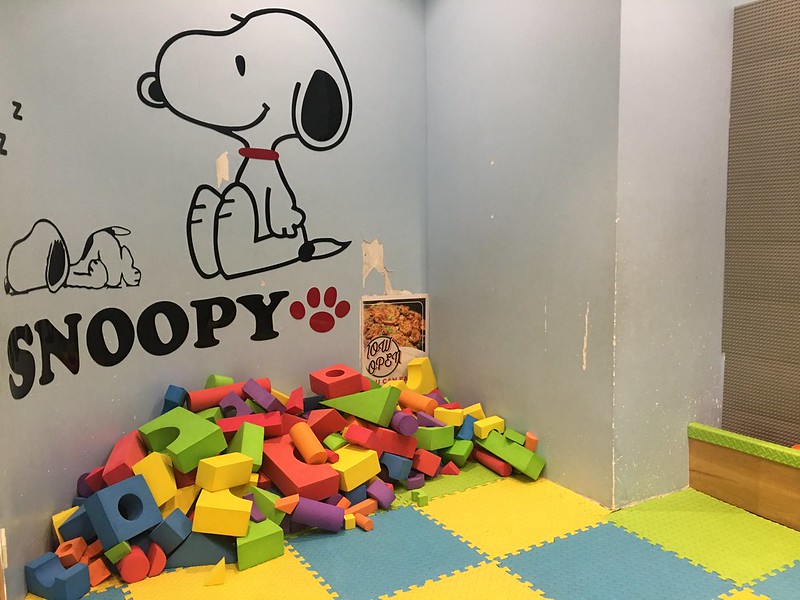 If you feel like splurging and got yourselves one of the country-themed VIP dining rooms, you won’t just enjoy a 3D projection of the sights of the country you’ve chosen to transport you as you enjoy a top of the line menu selection, you can also enjoy the services of a butler so you won’t have to leave your table during your meal. 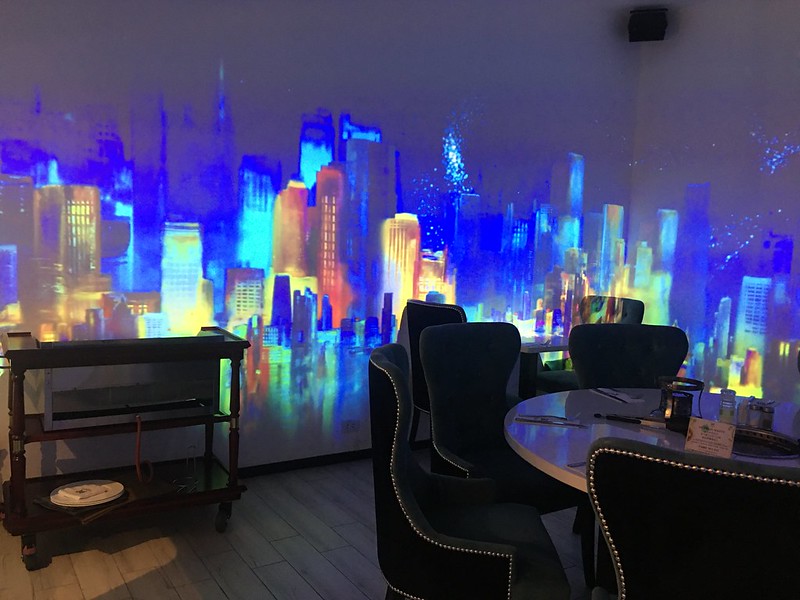 One of my rules of thumb when dining at a buffet restaurant is to head straight for the food you don’t usually get to enjoy at home or in other restaurants, or those that would cost a lot elsewhere.

That’s why I make a beeline for the carving station where I can get generous slices of roast beef, grilled pork and other meats again and again to satisfy my inner carnivore. 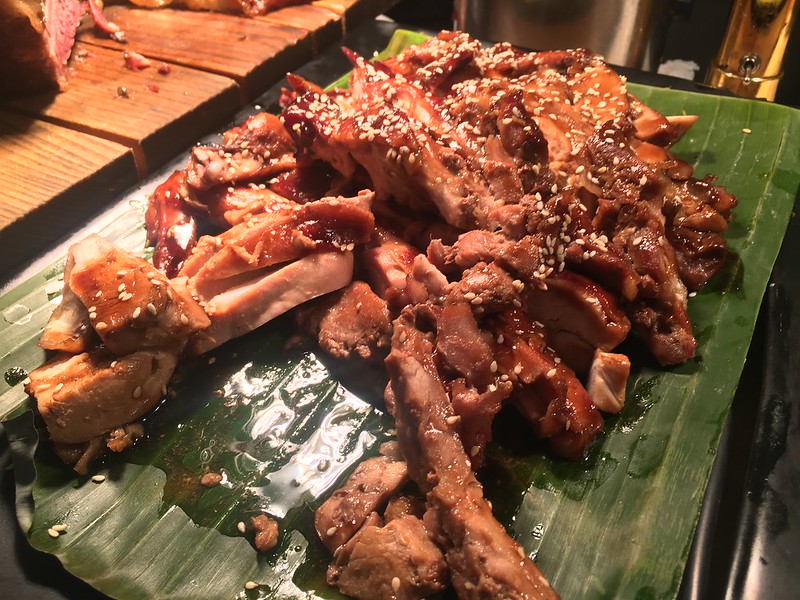 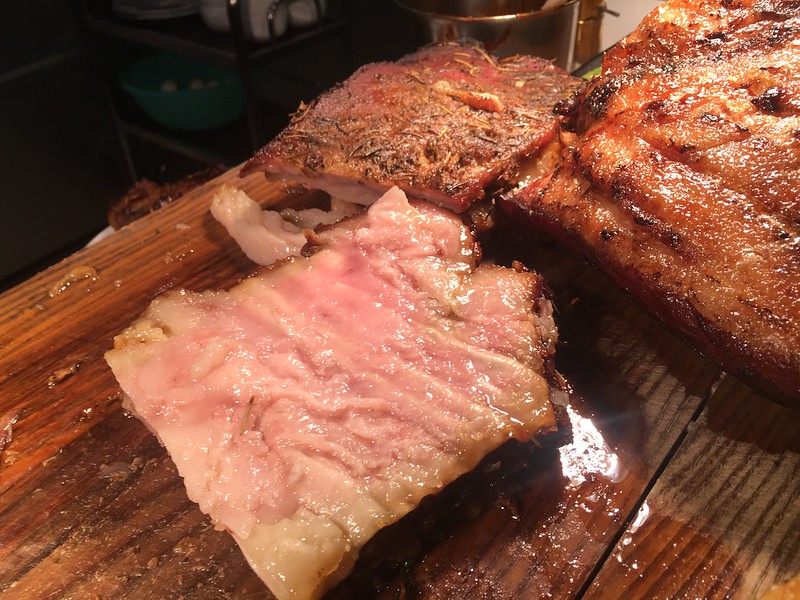 I so love Japanese food and I just can’t get enough of my faves: salmon sashimi, Tuna Maki and California Maki. Plus, there’s a huge array of sushi rolls for some variety. 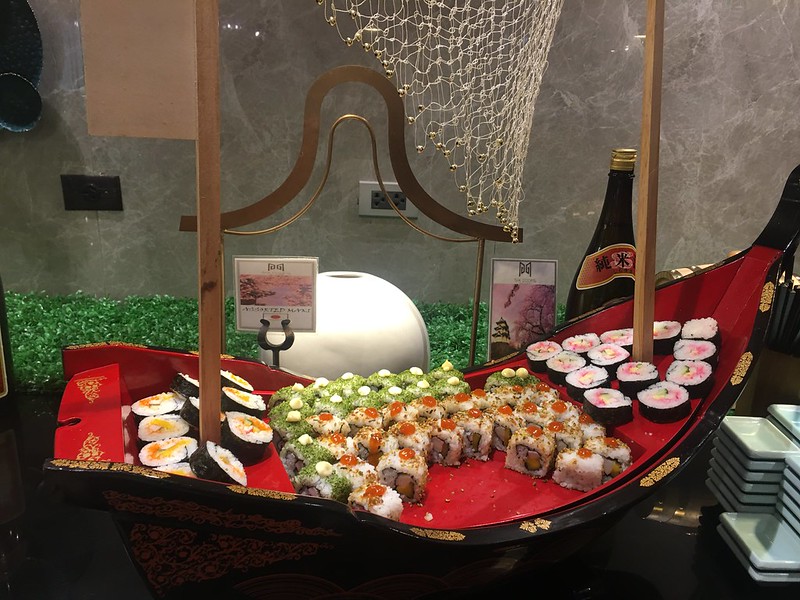 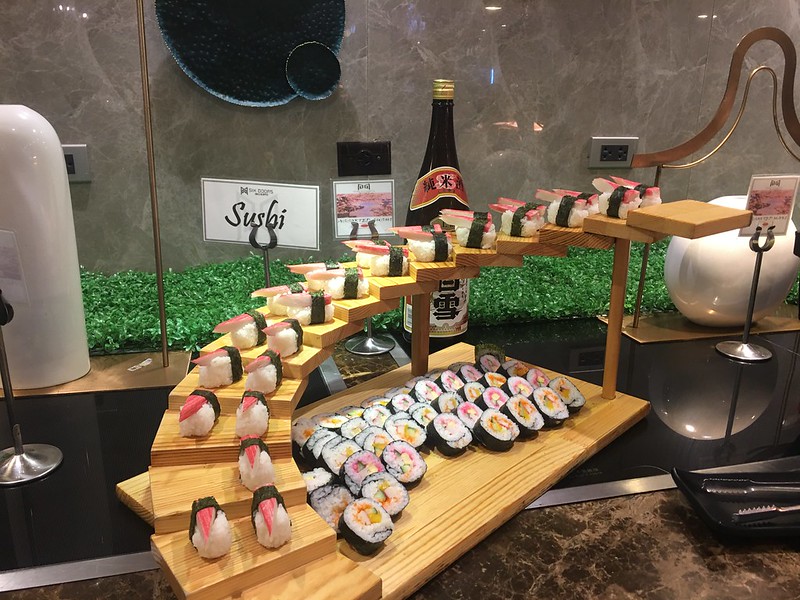 Did you know that teppanyaki came about after World War II?

Cooking steak, chopped vegetables and rice on a flat metal plate called teppan became popular among tourists in post-war Japan who found the skillful maneuvers of the chefs preparing the teppanyaki entertaining.

Six Doors BBQ Buffet launched its own teppanyaki station last December so I was able to witness a fiery display as the chef fired up the teppan with my chosen ingredients. 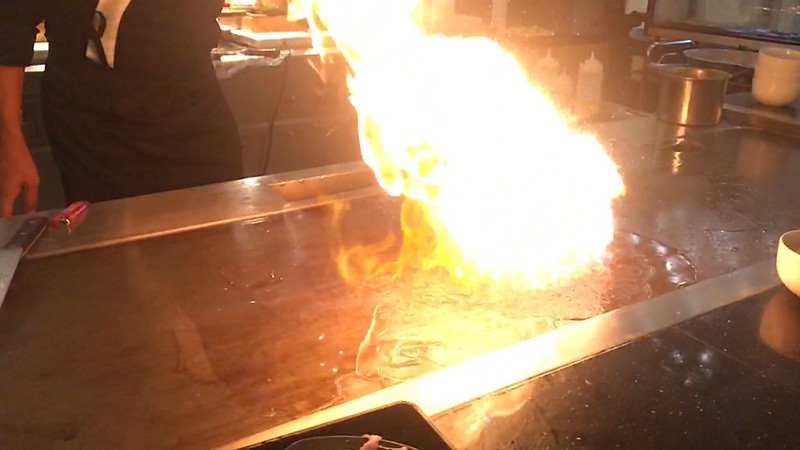 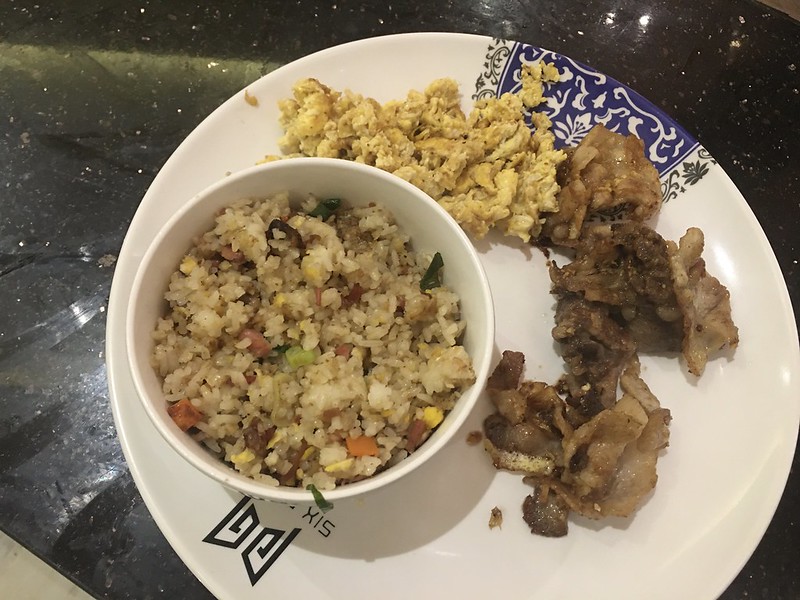 And the buttery, garlicky teppanyaki beef and rice are just so delish!

Unli samgyeopsal restos abound in the Metro but at Six Doors, there’s a wide array of plain and marinated meats and seafood to choose from that Pat and I grilled at our table. 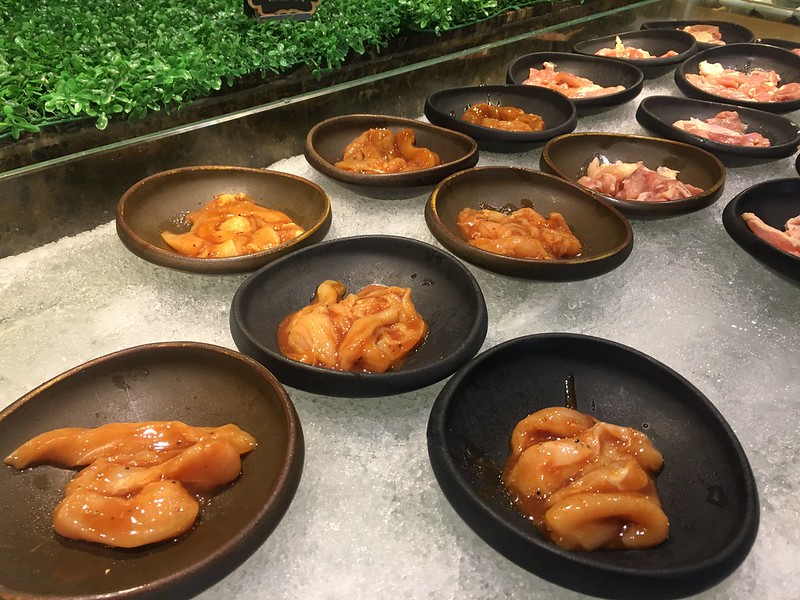 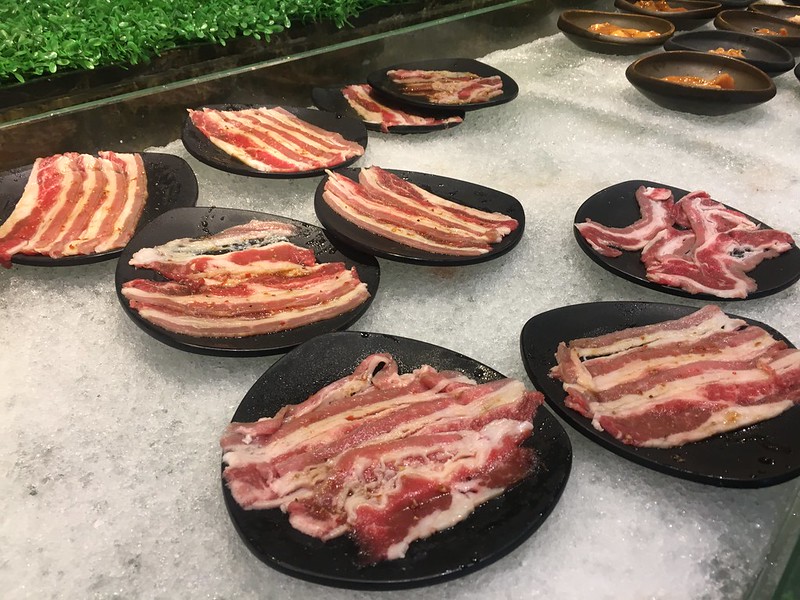 Given that I have a sweet tooth, I can definitely appreciate the array of cakes, sweets and creams that Six Doors’ pastry chef have whipped up. 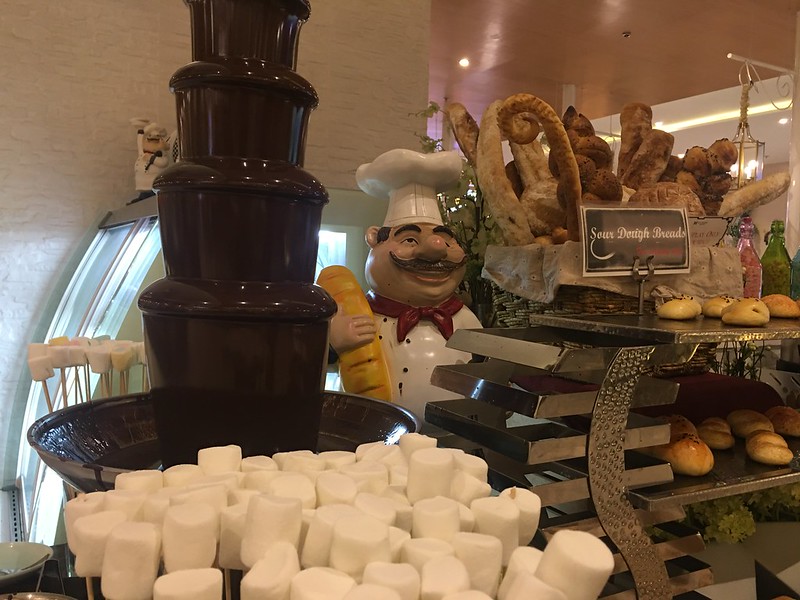 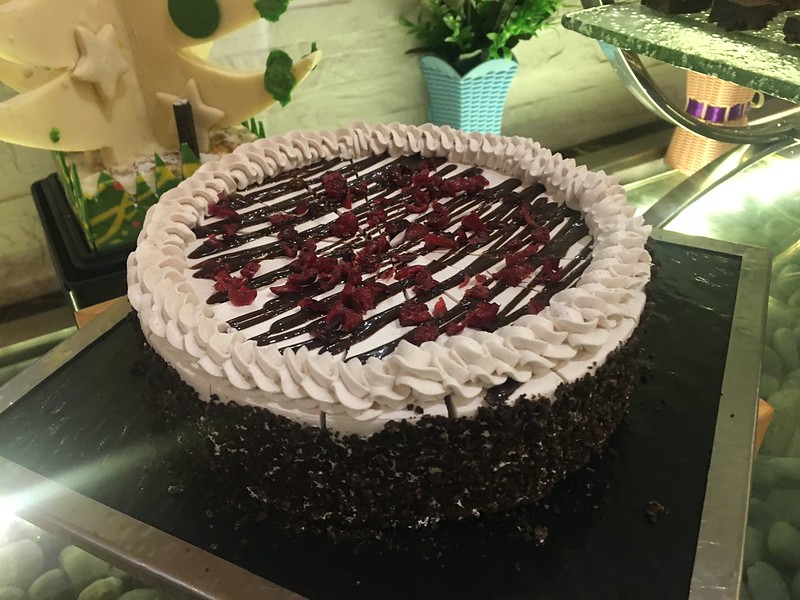 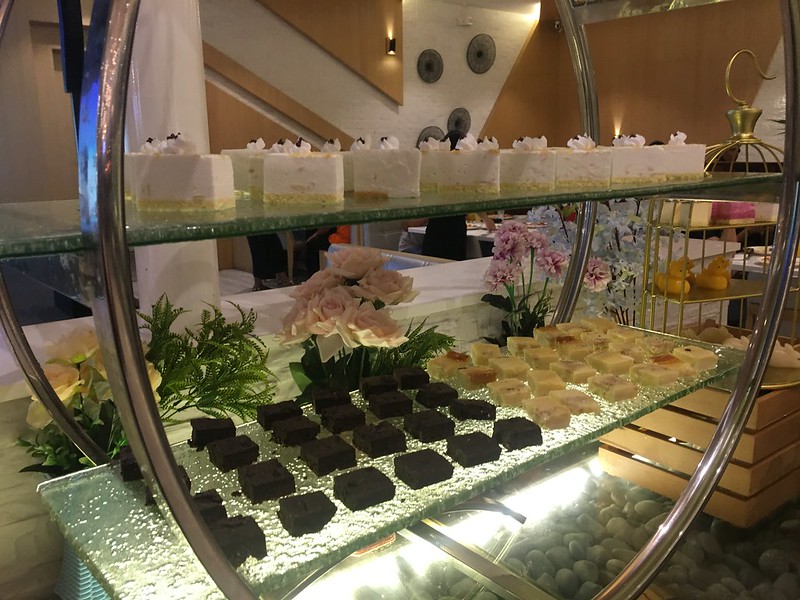 Plus, I get to have all the avocado ice cream I want at the ice cream bar. Yummy!

So there you have it, my six faves at Six Doors BBQ Buffet. Check it out and let me know what your faves are!

Book your table at Six Doors BBQ Buffet using Eatigo to get up to 50% off your food bill. Sign up using my referral link to get additional perks.

Maximize your buffet restaurant visit. Read the tips in my buffet survival guide.

Check out my blog posts on other buffet restaurants in the Metro: