Back when I was in grade school, a French Baker branch opened in the only nearby shopping mall at the time and introduced me to the amazing pastry called the Danish.

The Danish is viennoiserie baked good which was among the pastries introduced by Austrian bakers hired to replace the bakers of Denmark who went on strike in 1850. After the labor disputes were ironed out and the Danish bakers went back to work, they adapted the Austrian Plundergeback pastry and made it their own by adjusting the amount of egg and fat, coming with what is now known as the Danish pastry.

The French Baker is said to have revitalized the breadmaking industry in the country, bringing to light various ways to enjoy breads and pastries with European origins – such as baguettes, scones, crepes, bagels, sourdough, ciabatta, and, of course, Danishes – which were unfamiliar to the Philippine mass market when the chain opened its first stores more than thirty years ago. 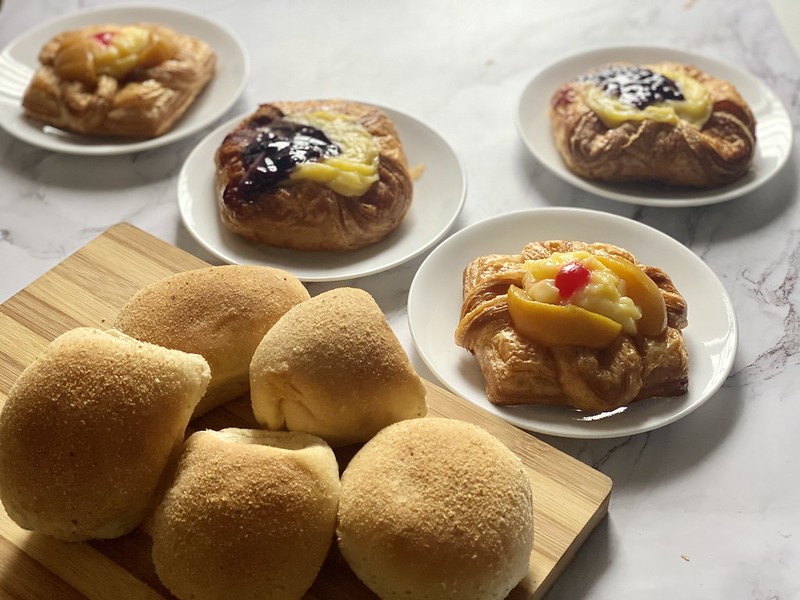 The French Baker’s version of the Danish Pastry consists of the layered and glazed pastry topped with a creamy custard and a fruit filling. My favorites since childhood are the Blueberry Danish (Php88) and the Peach Danish (Php88). 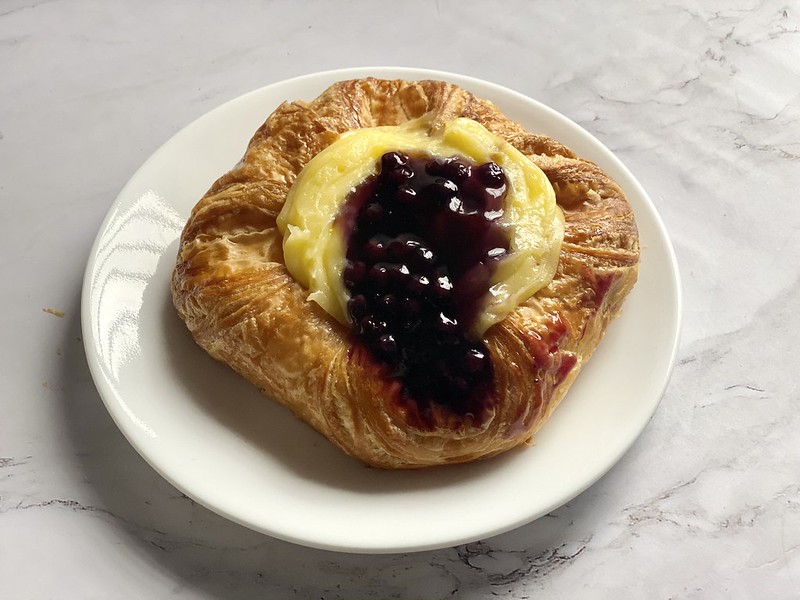 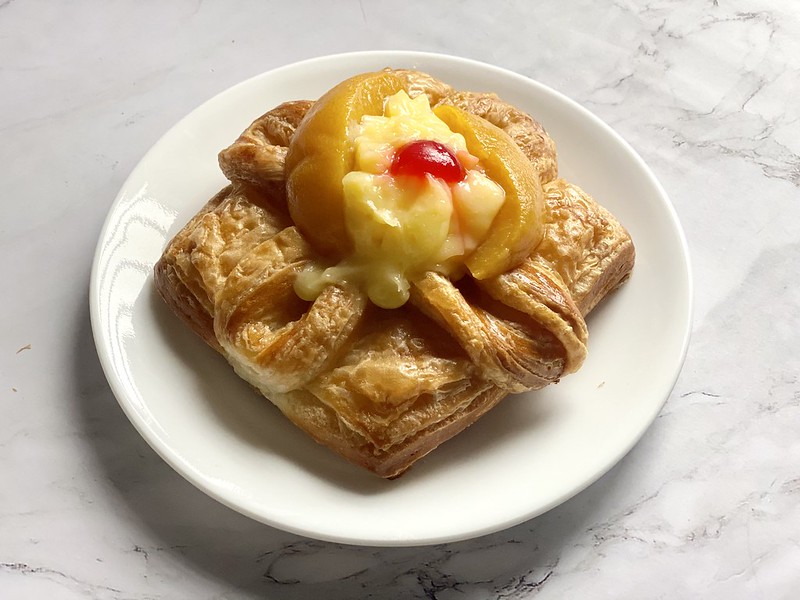 On my way to parking lot after running some errands, I espied a takeout counter at The French Baker branch inside the Sta. Lucia East Grand Mall. I dropped by and picked up a few pieces of my favorite Danish variants as my pasalubong for the kiddos (and a treat for me!) as well as a bag of Crack Pan De Sal (Php102 for 10 pieces).

The pastries were a hit with the kids; we liked the sweet and flaky bread that frames the creamy custard and luscious fruit filling perfectly. 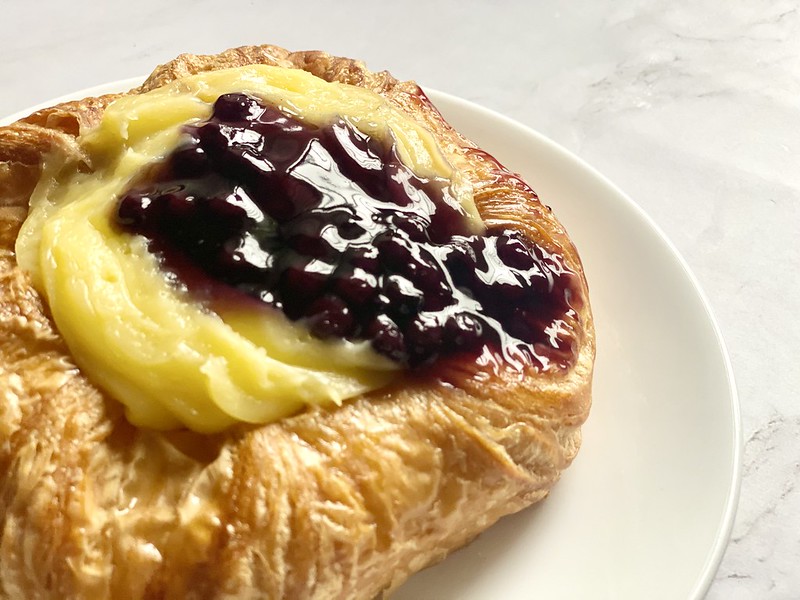 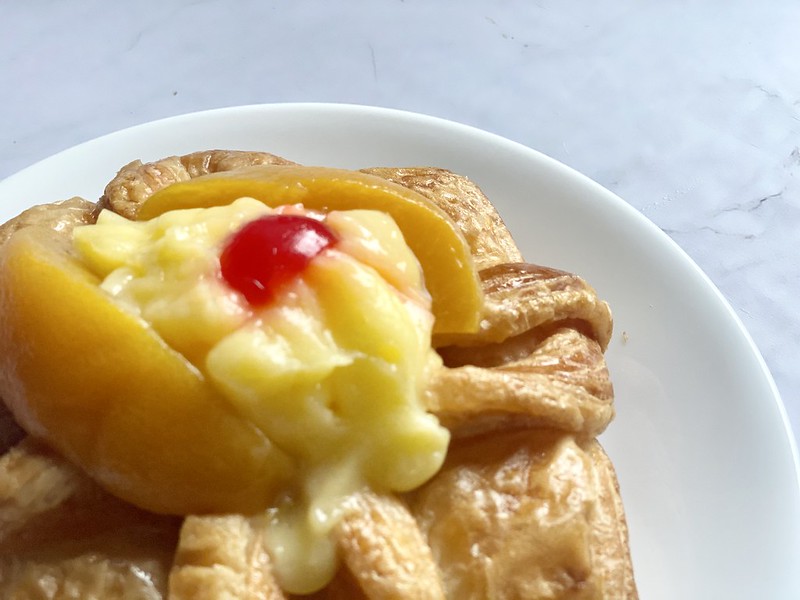 I saved the pan de sal for later when I prepared my midnight snack with Hubby. I heated a couple of pieces and filled them with shredded Purefoods Fiesta Ham. Oh my! Those fluffy pan de sal went so well with the ham and really sated my late night food cravings. 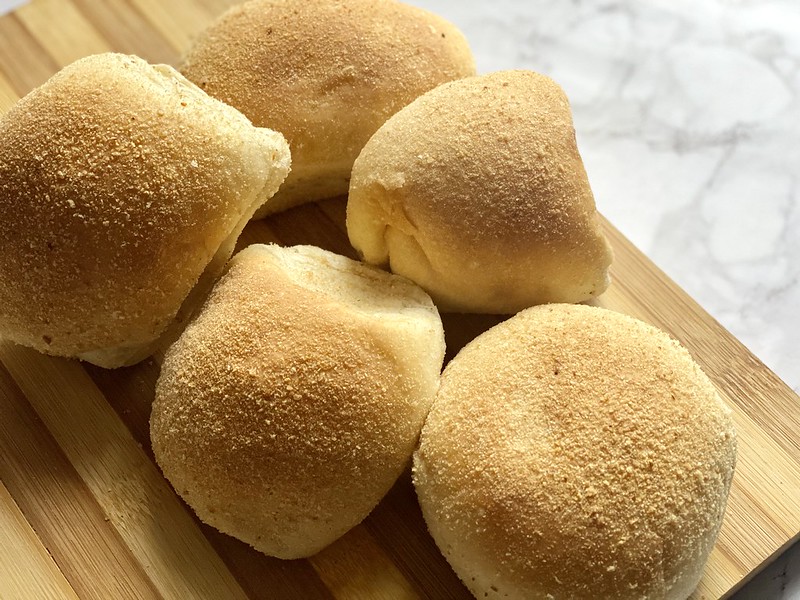 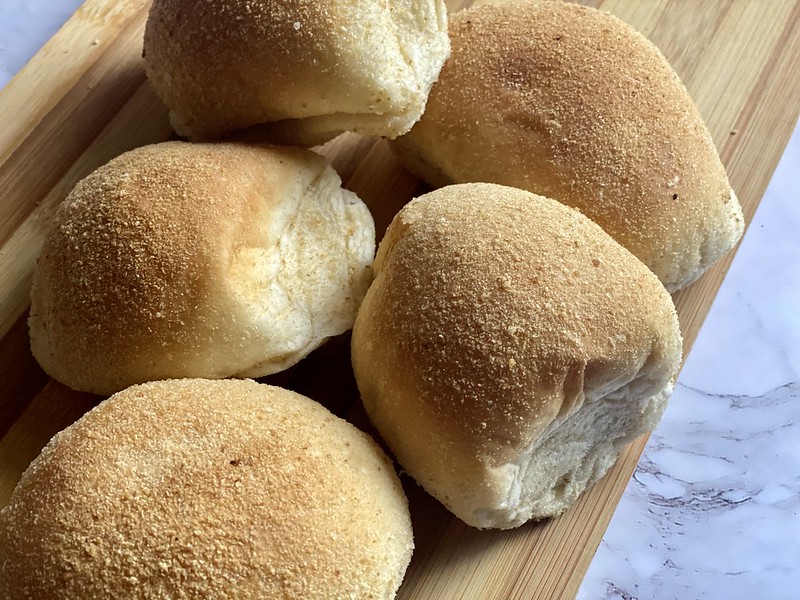 From my childhood to today, I continue to appreciate how The French Baker has expanded my foodie horizons. 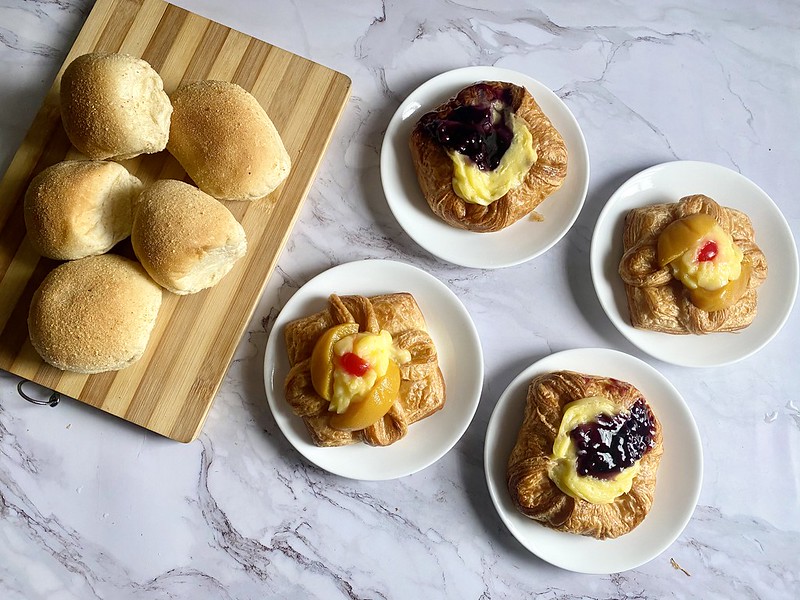 5 thoughts on “Dessert takeout from The French Baker”