What can you find behind the red velvet curtain? A whole new world, apparently. A place where you can escape the city’s hustle and bustle and hide away for a while. 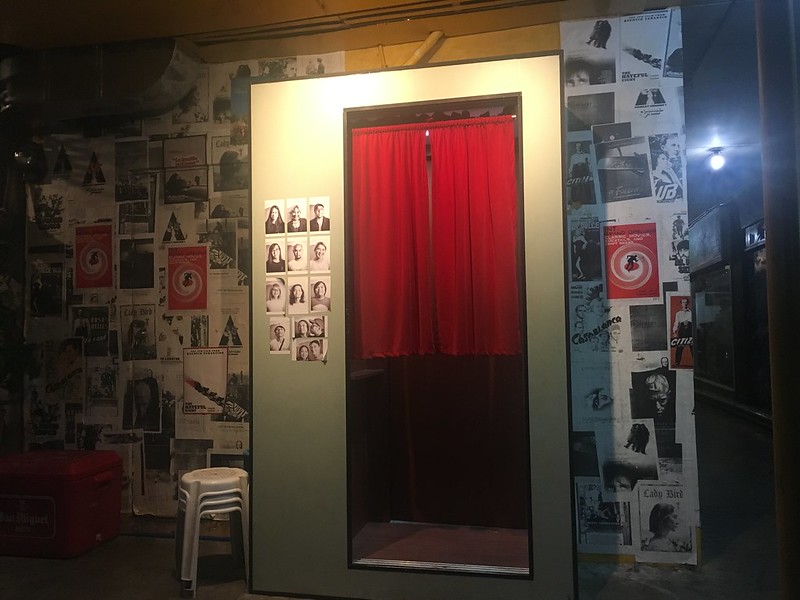 INT.Bar, similar to all speakeasies, is not easy to find. In fact, I almost walked past it had I not stopped and asked for directions from a person standing right in front of it!

If you’re wondering why a bar would go to such great lengths to be so unobtrusive, it’s because of the speakeasy’s history with the Prohibition era in the US. With the ban on the sale and consumption of liquor, enterprising business owners began operating illicit clubs where they can sell bootlegged liquor. Such clubs are usually fronted by a more wholesome establishment such as a grocery store to deflect attention from the authorities and prevent the police from barging in. The term speakeasy was believed to have originated from 1880s saloon owner Kate Hester who would often tell her rowdy patrons to “speak easy” to escape the attention of the police. 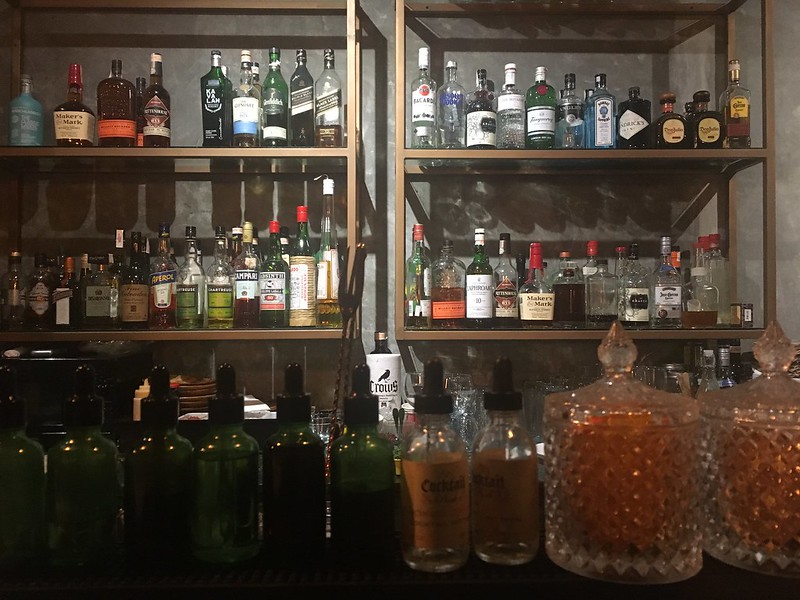 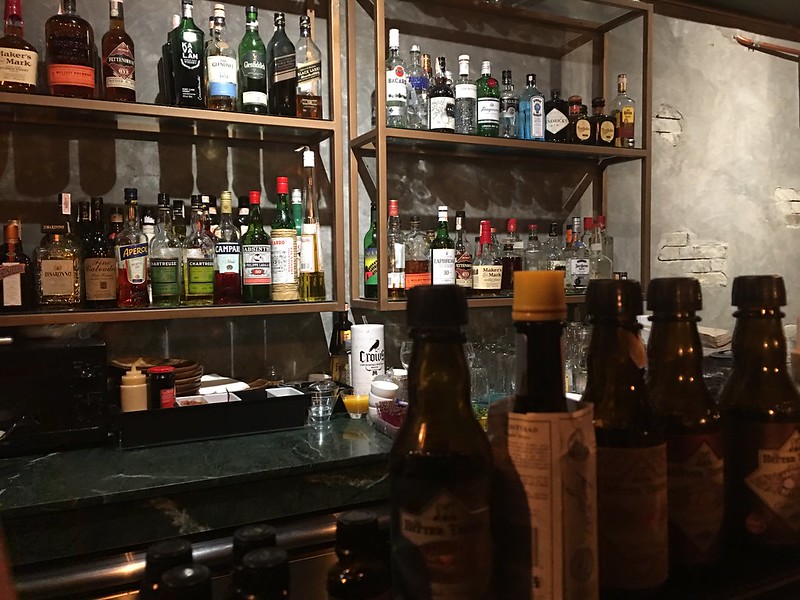 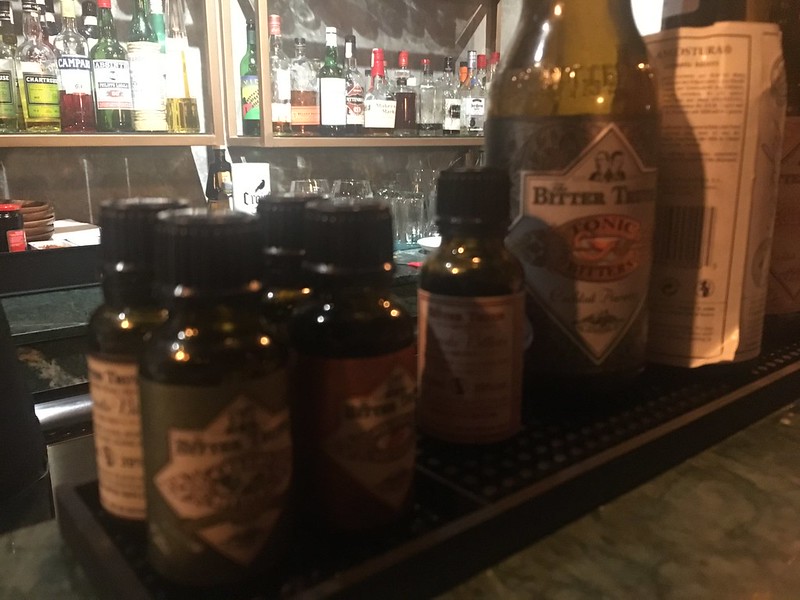 Today, speakeasies still operate, but as retro-style bars that also retain the covertness of their predecessors. INT.Bar, for example, harkens to a steampunk aesthetic, with low-lighting that frames the industrial decor and vintage furnishings, accessible once you get behind the mundane-looking photo booth. 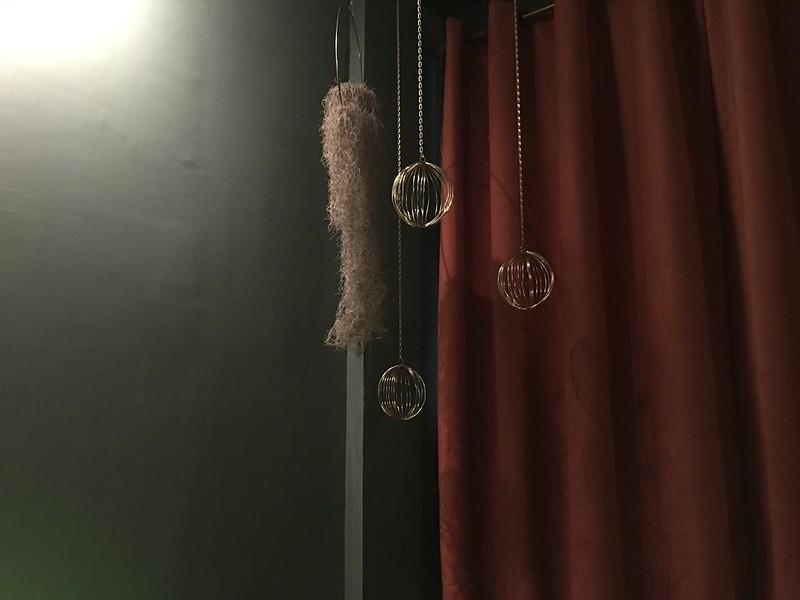 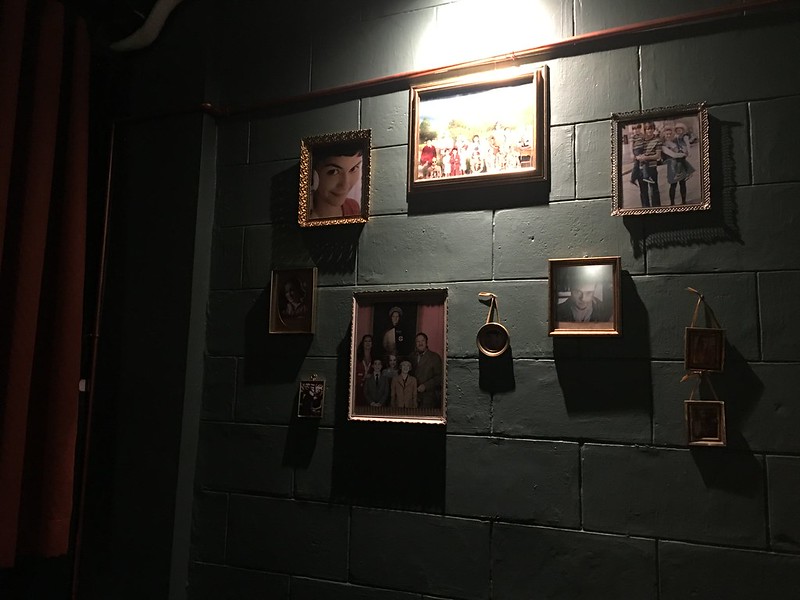 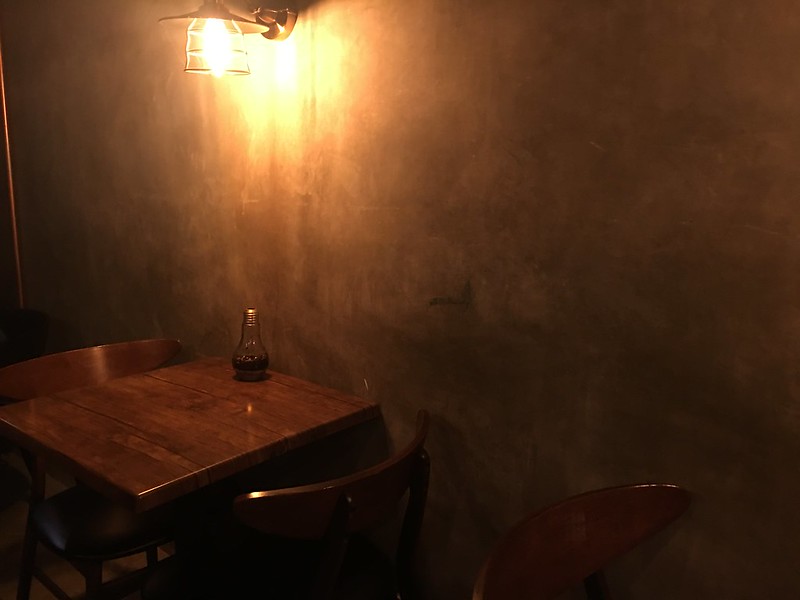 Together with friends and fellow foodies, I attended a meetup here. That night, fueled by great food and great drinks, the mood was light and naughty jokes and irreverent banter abound from our group.

When you get around to ordering your cocktails, you will find that the menu gives you hints on what to expect from your drinks in terms of sweetness, bitterness, acidity, strength, aroma, smokiness and savoriness. This is quite helpful to those who are new to drinking (like me!), have very set preferences or are in for an adventure.

The Negroni (Php300) is an iconic Italian cocktail made of Tanqueray gin, martini rosso vermouth and Campari garnished with an orange peel. It’s named after Count Camilo Negroni who was believed to have invented the drink when he asked his bartender to strengthen his Americano cocktail by adding gin instead of soda water. 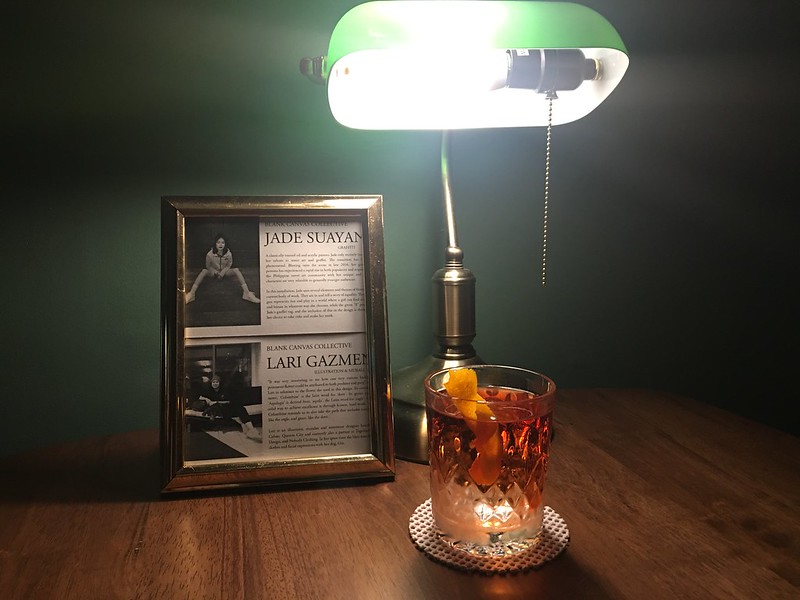 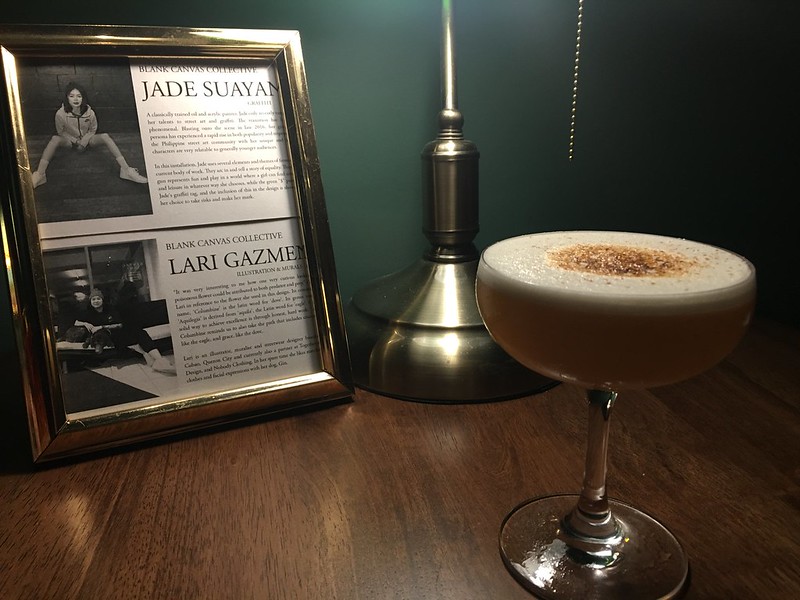 The Sazerac (Php450) is the New Orleans version of the whiskey cocktail that also packs a punch being made with absinthe, Peychaud’s bitters, Carlos I Solera brandy, Rittenhouse Rye whiskey and dark rum. 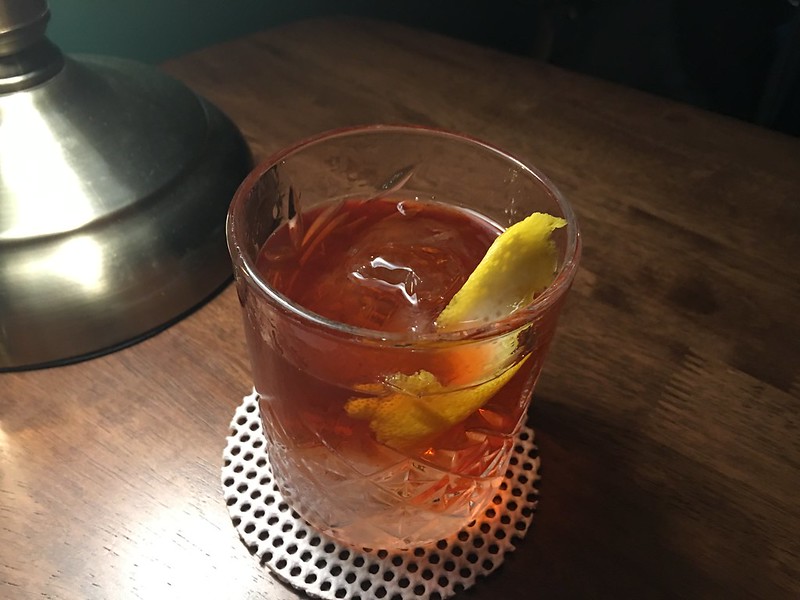 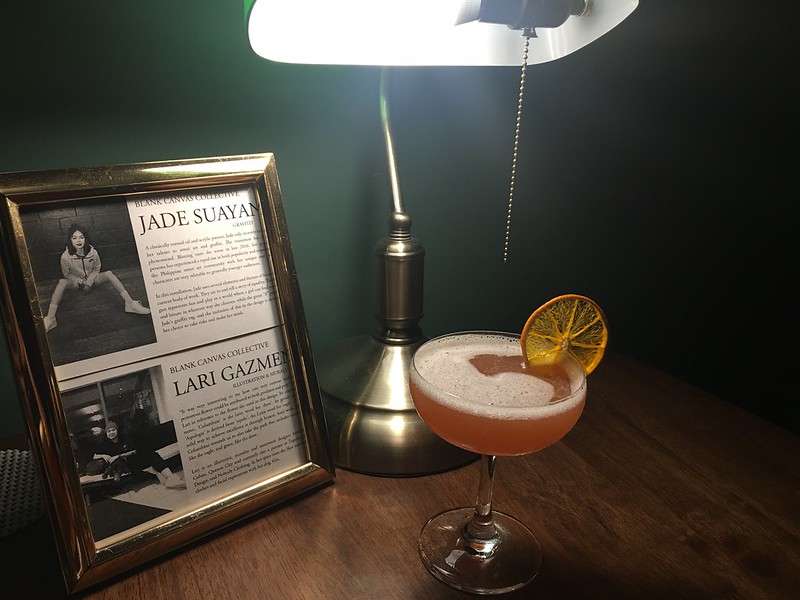 There Will Be Blood (Php600). Don’t be expecting violence, just a lot of buzz from this drink made with Laphroaig 10 year old Scotch whiskey, yellow chartreuse, Aperol spritz and lemon. 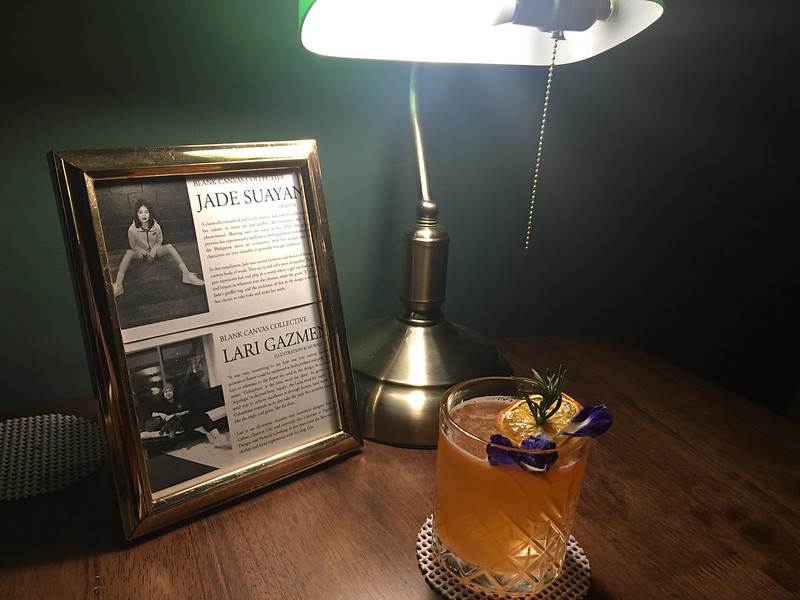 Sipping on Cigarettes After Sex (Php350) does call to mind dark deeds in dark places, with its smoky aroma and decadent feel. Served with great fanfare, the drink unveiled amidst smoke once the dome cover is taken off, it’s made with Lapsang Souchong infusion, Laphroaig 10 year old Scotch whiskey, honey, egg whites and rosemary smoke. 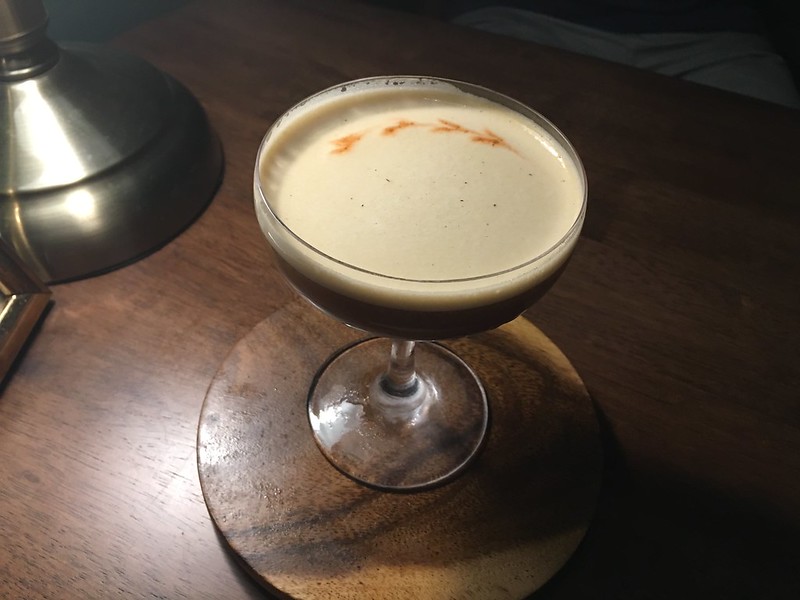 The bar chow served proved to be quite tasty as well; most had a mild spiciness that would spur you to drink more.

Hummus (Php200). Try dipping some dehydrated tortillas into this thick paste of roasted sesame seeds and garlic confit, and see if you can stop yourself from going for more. 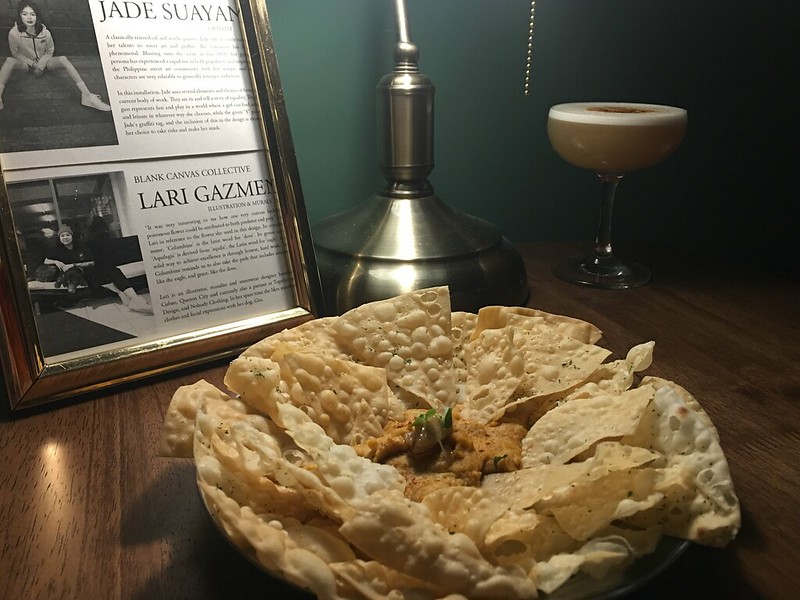 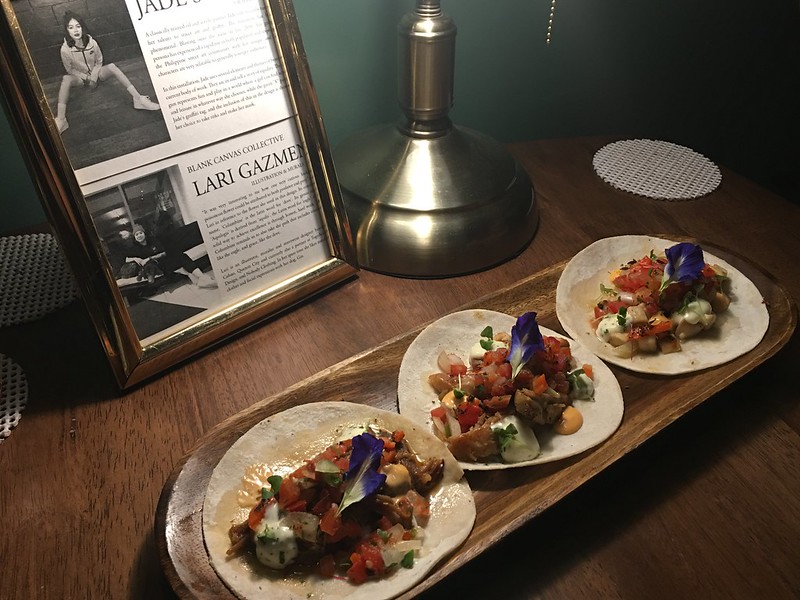 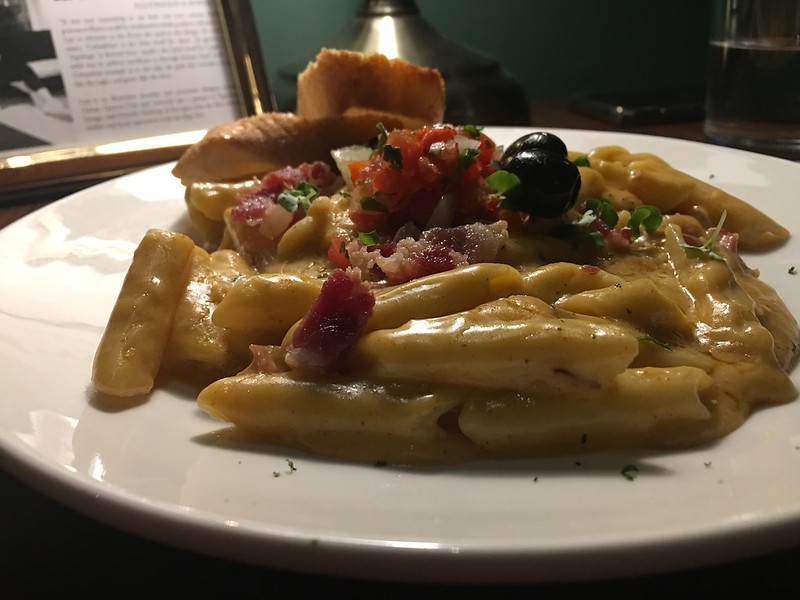 Get yourself some Potato Halves (Php150) baked and served with mozzarella and Mornay sauce. 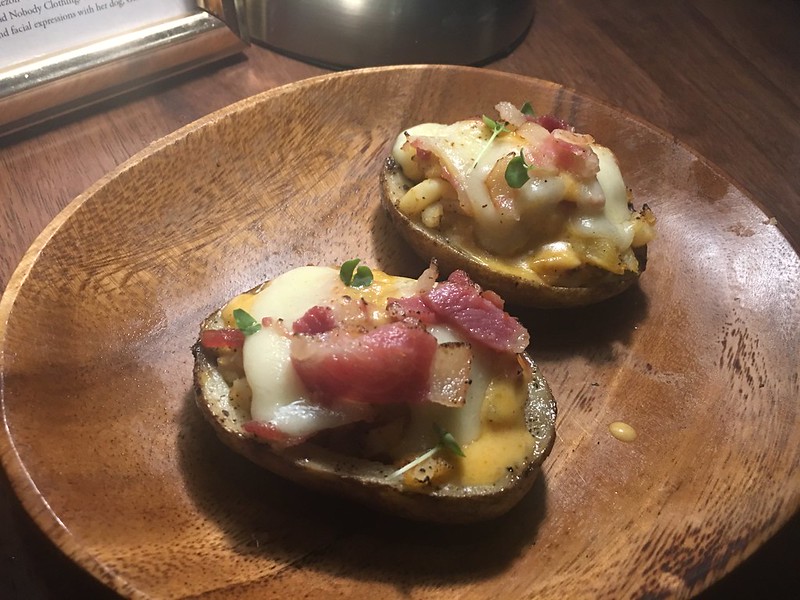 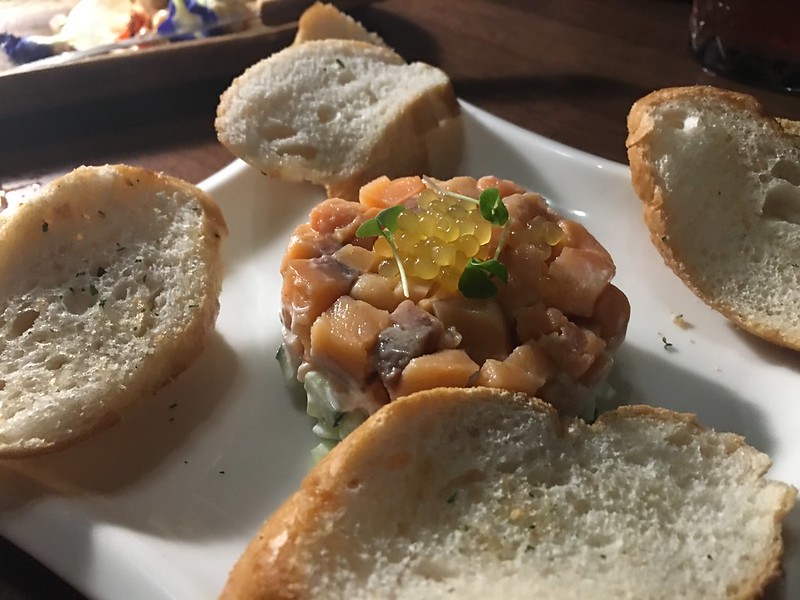 Good food, great drinks, awesome company in a secret hideaway. All the makings of an epic good time among friends at INT.Bar.

And here’s some more good news: Did you know you can buy 2 drinks and get the same 2 drinks for free at INT.Bar through Zomato Gold?  Zomato Gold provides members with 1+1 deals on food or 2+2 deals on drinks. All you have to do is sign up for a Zomato Gold membership here as soon as slots open. (They tend to get snatched up pretty quickly so be sure to sign up as soon as slots become available.) Use my code JELLYB to get 20% off the membership fee.

Disclosure: Together with other food bloggers, I was invited to attend a Blogger Event held in this restaurant. Food items mentioned here were served to allow us to sample the fare and were not paid for by the attendees, including myself