Craving for yummy Japanese food for lunch but payday is still a few days away?

Fear not; if your workplace is near Eastwood in Libis, an exciting and affordable dining option has just opened in your neck of the woods.

Hie yourself over to Eastwood Cybermall’s Food Court and you will see its newest establishment called Grillin’ Ape. 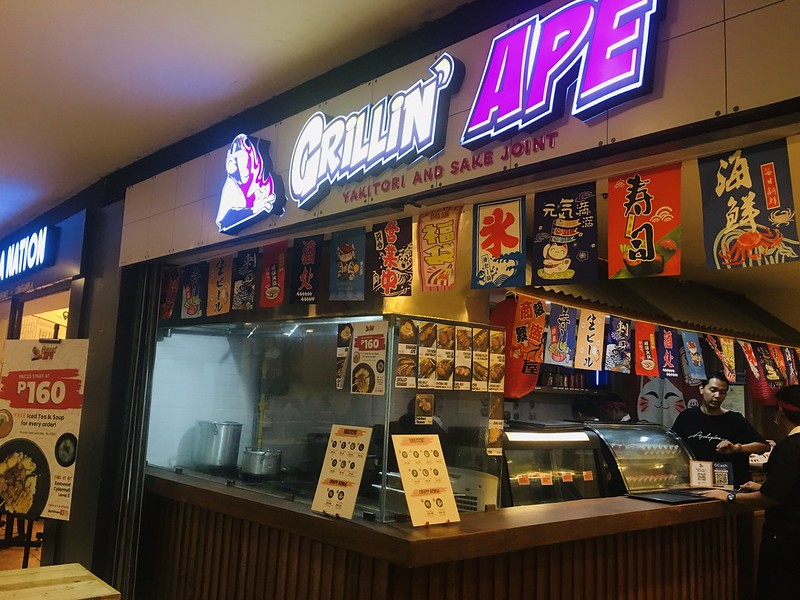 Styled after the shokudo (casual, independendently owned hole-in-the-wall restaurants located and cafeterias that serve affordable dishes), it is marked by colorful murals and banners, with wooden stools and tables where guests can eat in comfort. Diners can choose their food among no-frills and affordable Japanese dishes with prices starting at Php50! 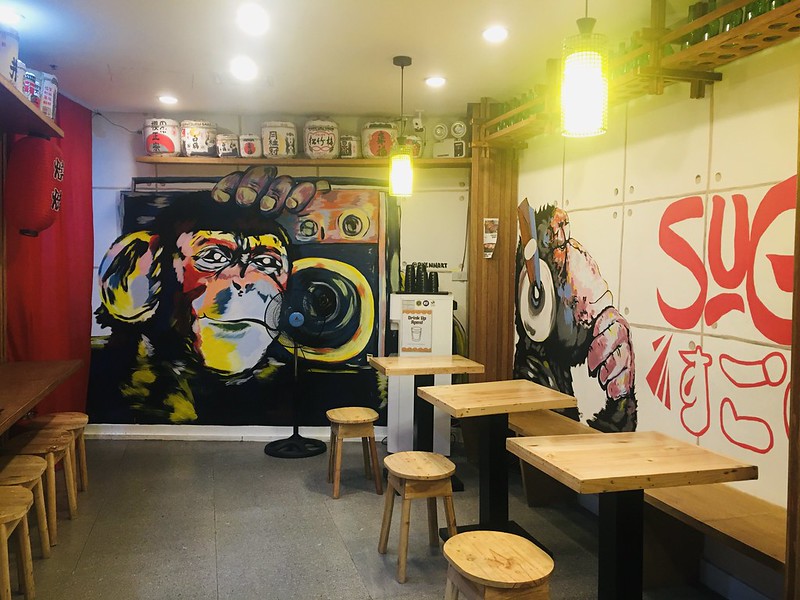 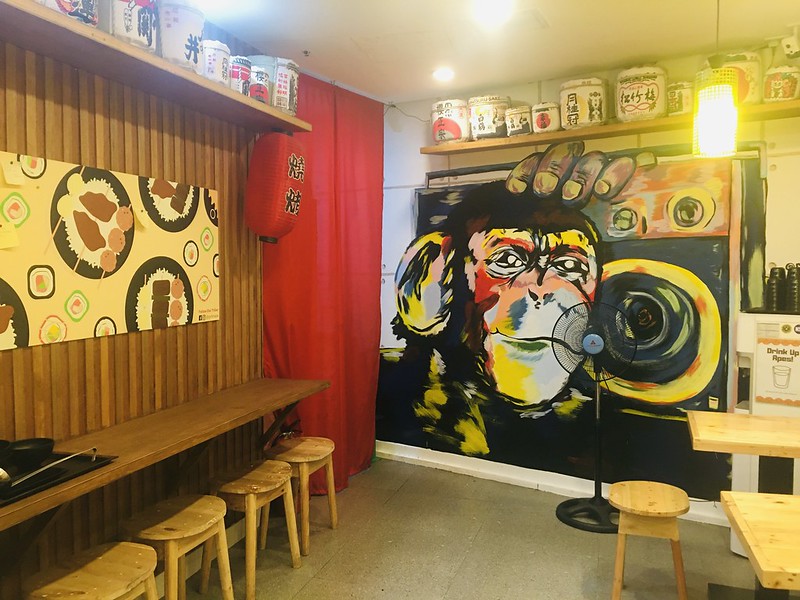 Together with my fellow foodies, I checked out Grillin’ Ape’s offerings, which included:

Sushi Rolls. These are uramaki type rolls, the ones in which the rice is outside and the seaweed wraps around the filling, made of different types of flavorful fillings and toppings. 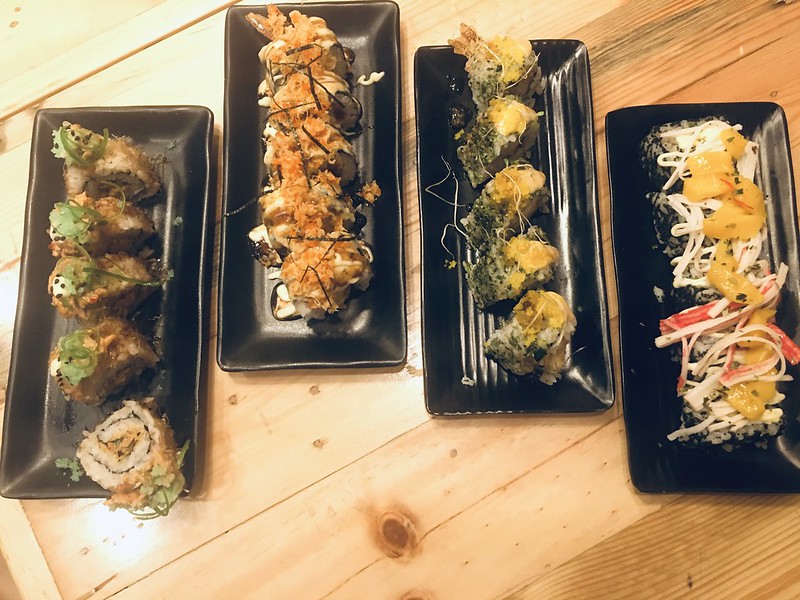 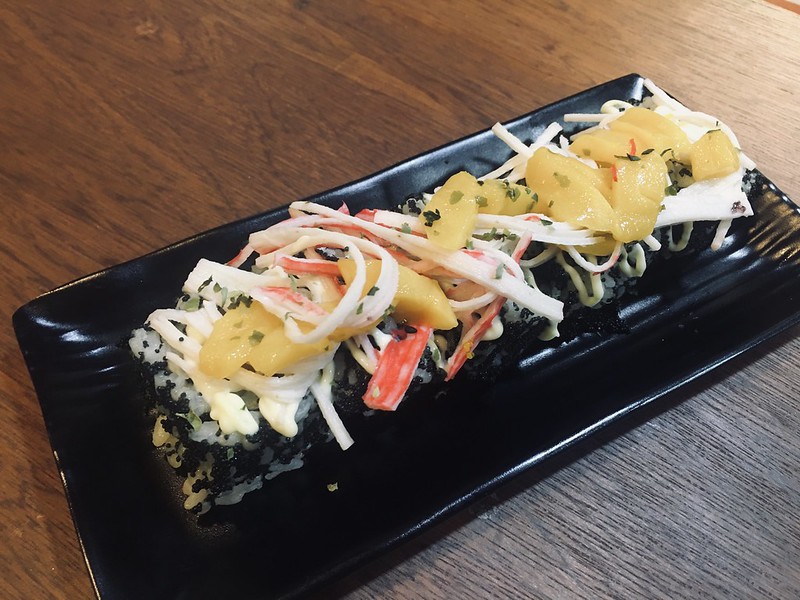 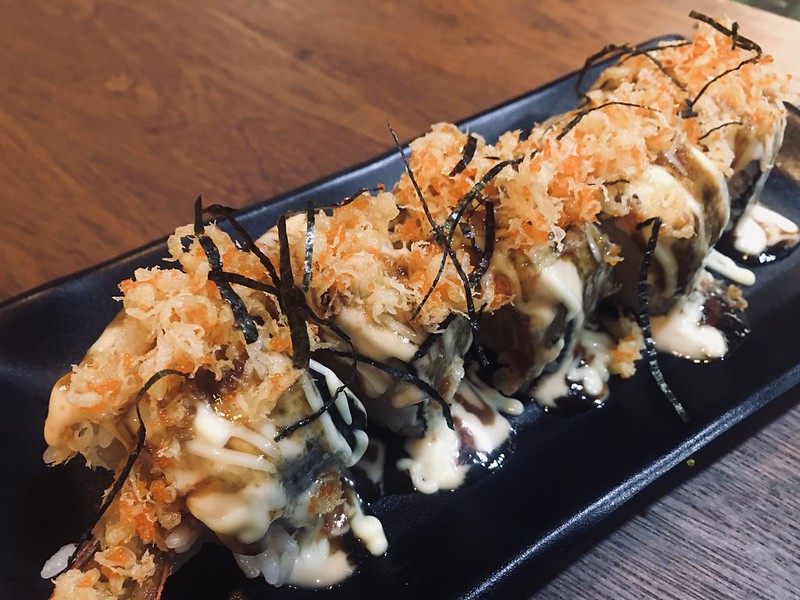 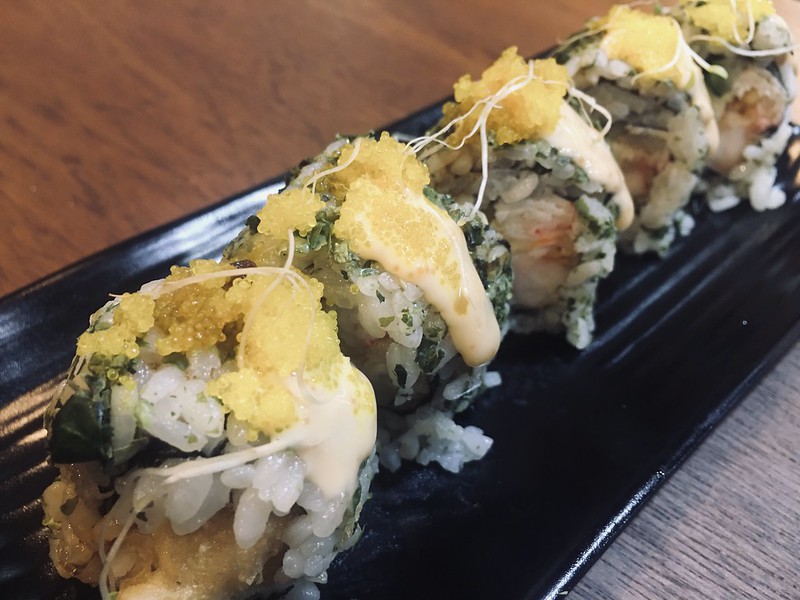 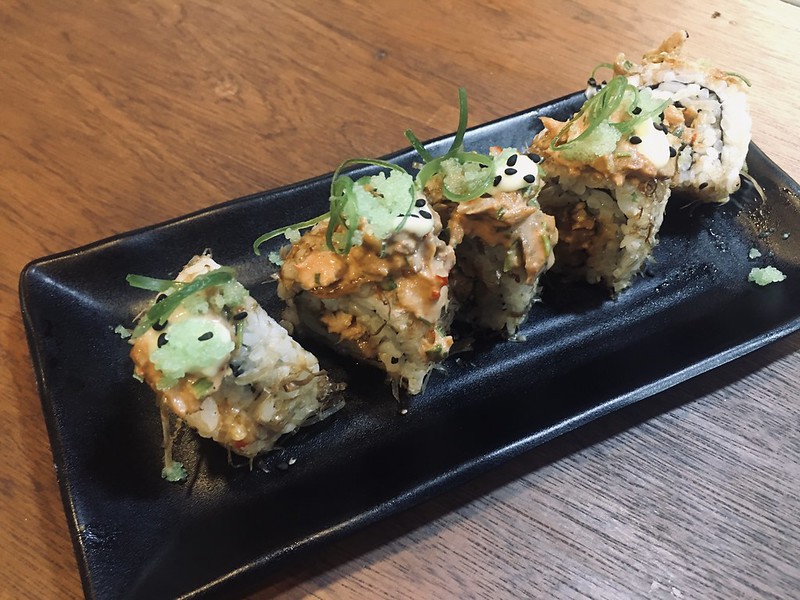 Sushi Donuts. A modern take on how to enjoy sushi, sushi donuts are made of donut-shaped sushi rice base topped with the same ingredients as sushi rolls. 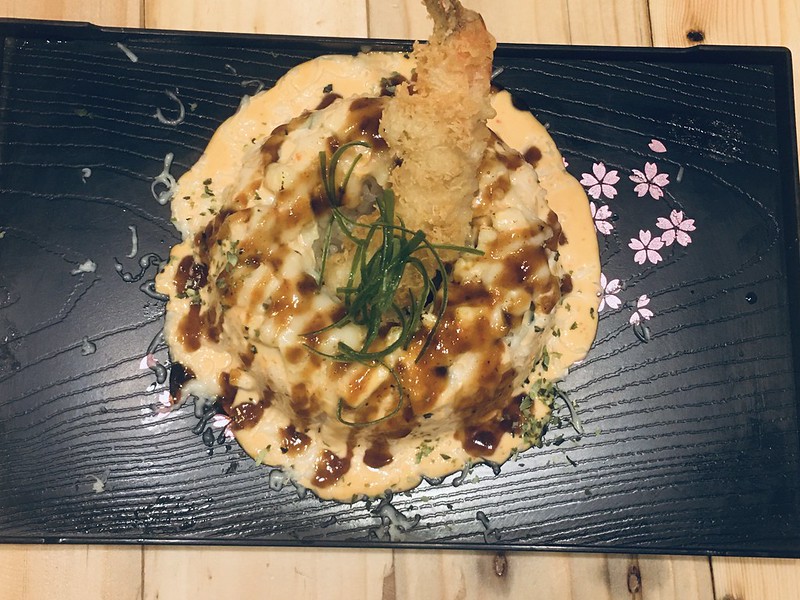 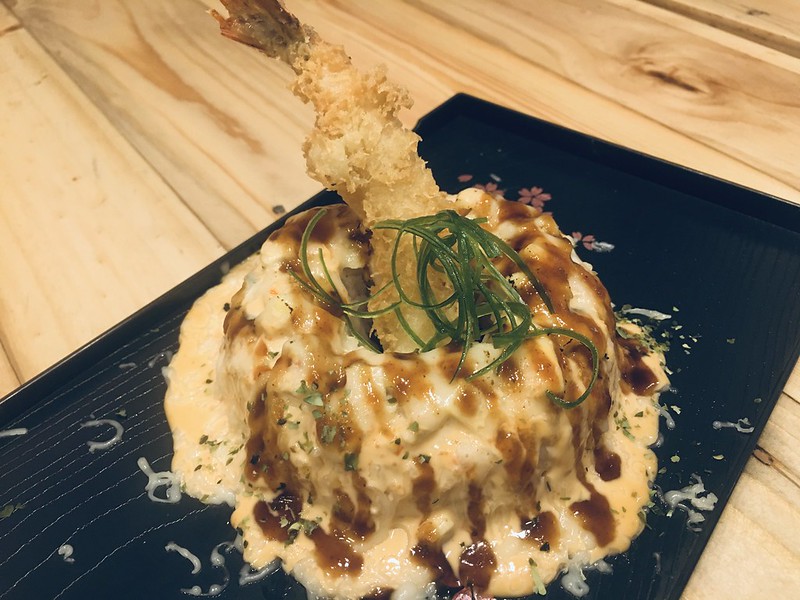 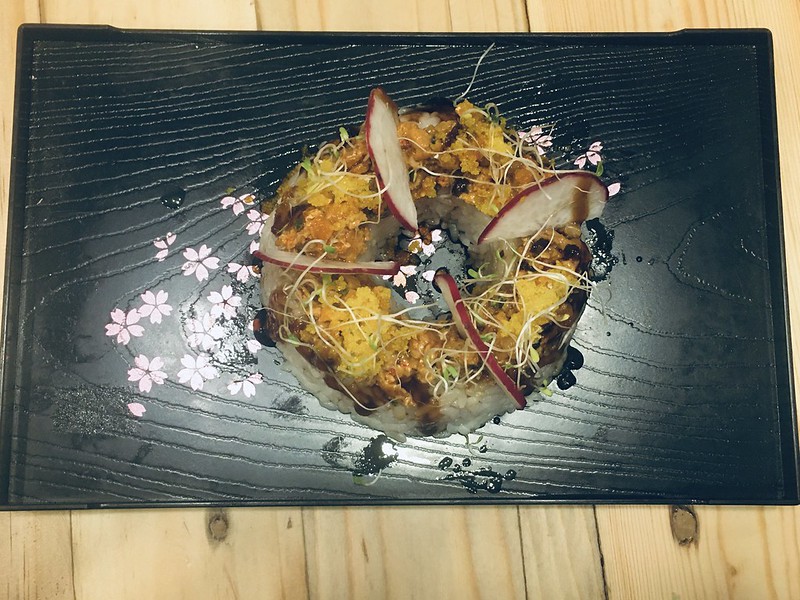 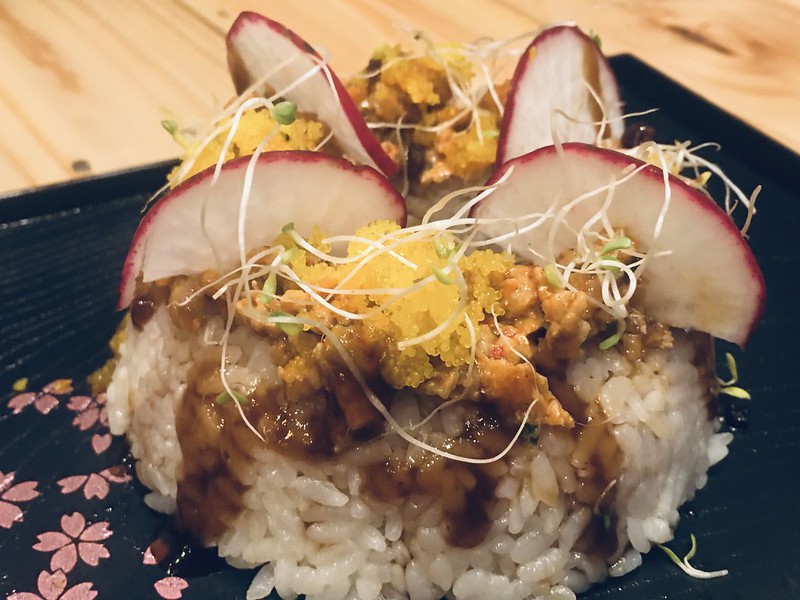 Yakiniku. These are meat seasoned with tare sauce or items such as quail eggs and corn which are cooked by charcoal-grilling. These may be ordered by the stick – Chicken Meatballs (Php50), Pork Belly with Scallion (Php70), Enoki and Bacon (Php80), Chicken Liver wrapped in Bacon (Php80), Chicken Wings (Php95), Quail Egg Bacon (Php80), Chicken Fillet with Scallion (Php60), Pork Meatballs (Php70), Quail Egg (Php40) and Corn (Php30); in rice bowls priced beginning at Php160; or as part of this Yakitori Big Bowl (Php599 – good for four) in which Japanese rice seasoned with teriyaki sauce is topped with four sticks each of pork belly, chicken fillet, pork meatballs, bacon-wrapped liver, grilled corn and quail eggs. 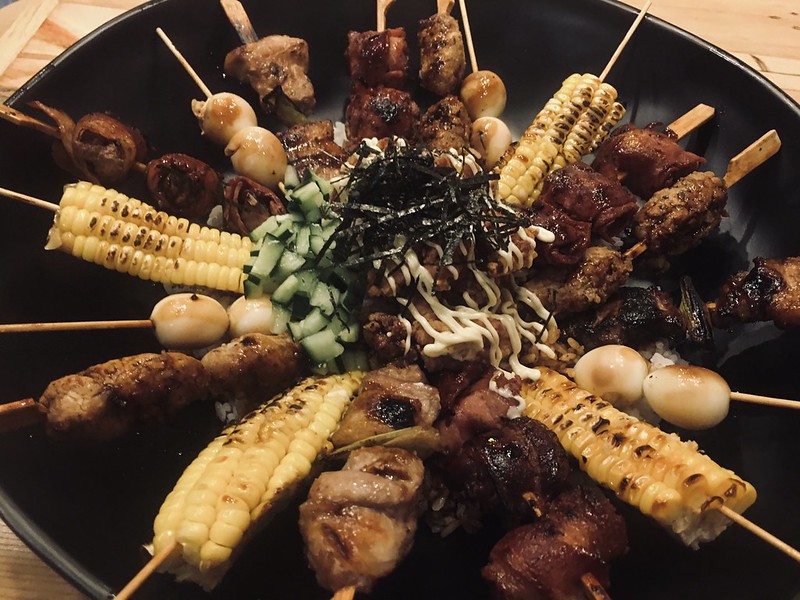 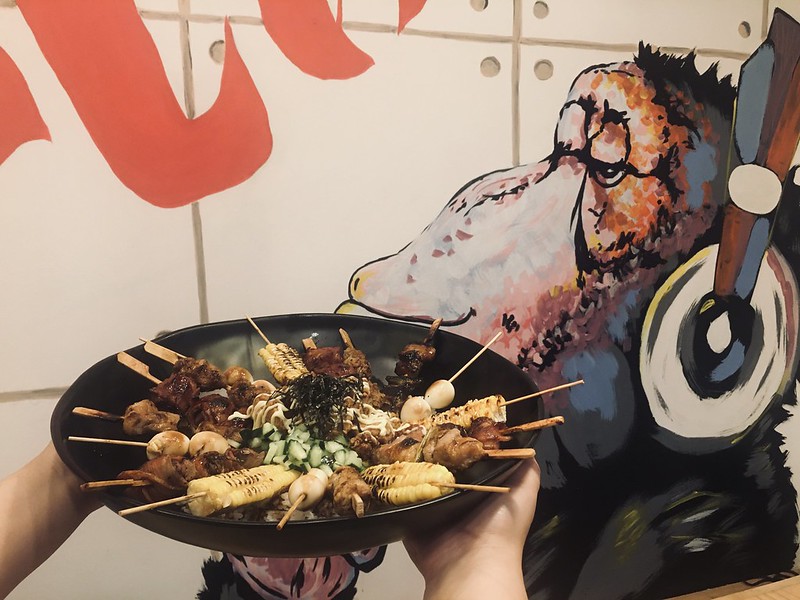 Udon Bowl (Php180 ). Thick strips of wheat noodles in savory pork broth topped with your choice of meat, as well as herbs and egg. We were served two variations of this dish: one topped with pork belly and another topped with bacon. These hearty noodle dishes can both fill and warm tummies especially when the cold weather comes in. 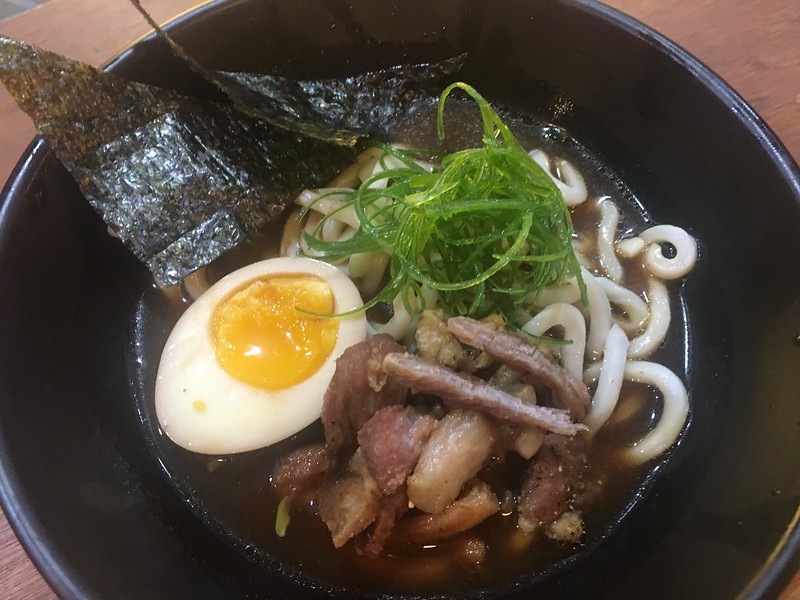 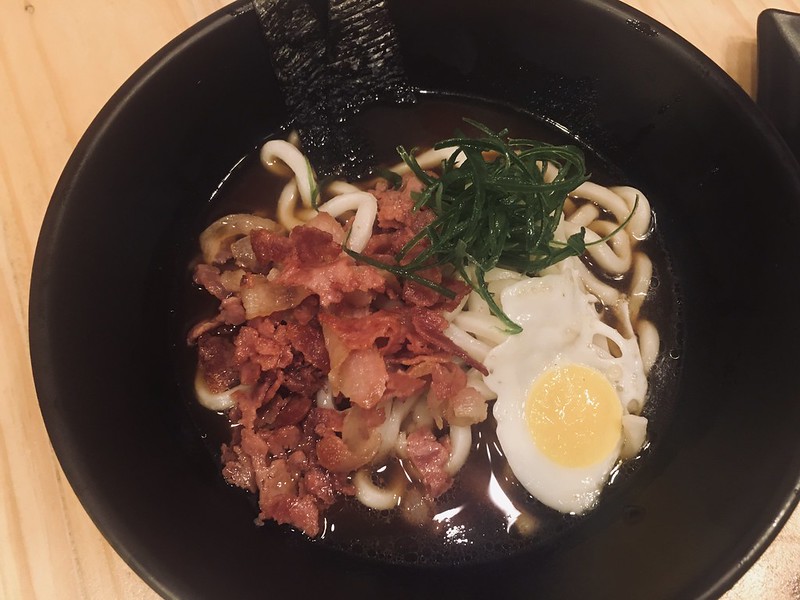 Desserts. No meal is complete without dessert, am I right? Well, at Grillin’ Ape, we capped our meal with these sweets you can go bananas over. 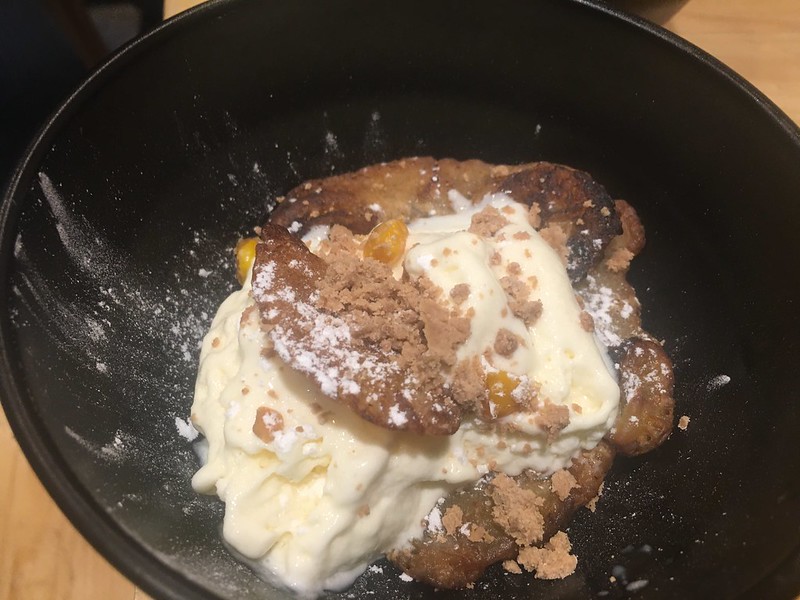 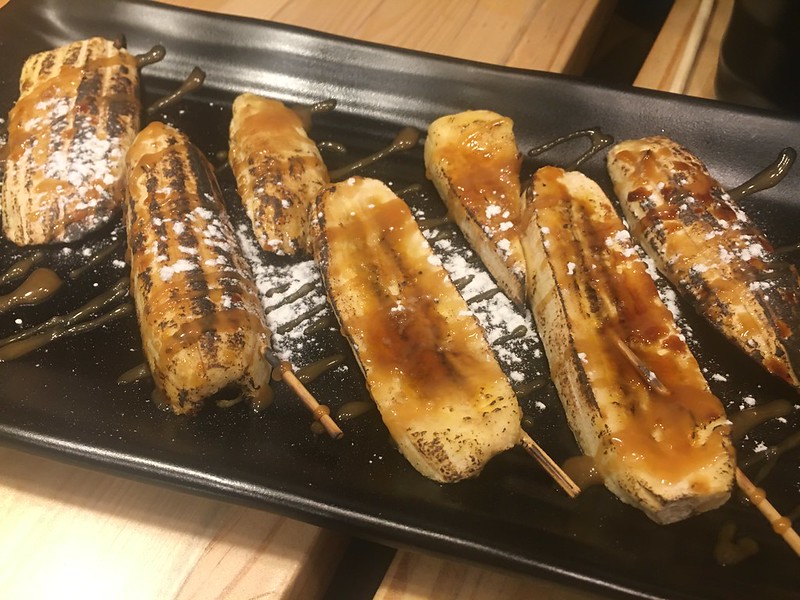 Sake. Adding to the shokudo dining experience are the special sake – Shika Cup and Kirei Peach Sake – which we were told were not available elsewhere in the metro. Sake are alcoholic beverages made of fermented rice and are part of a long standing tradition in Japanese cuisine. 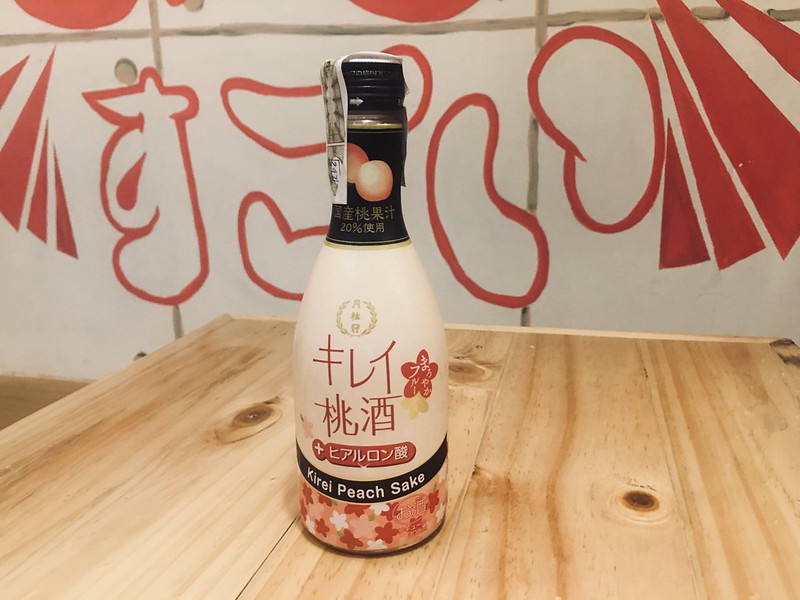 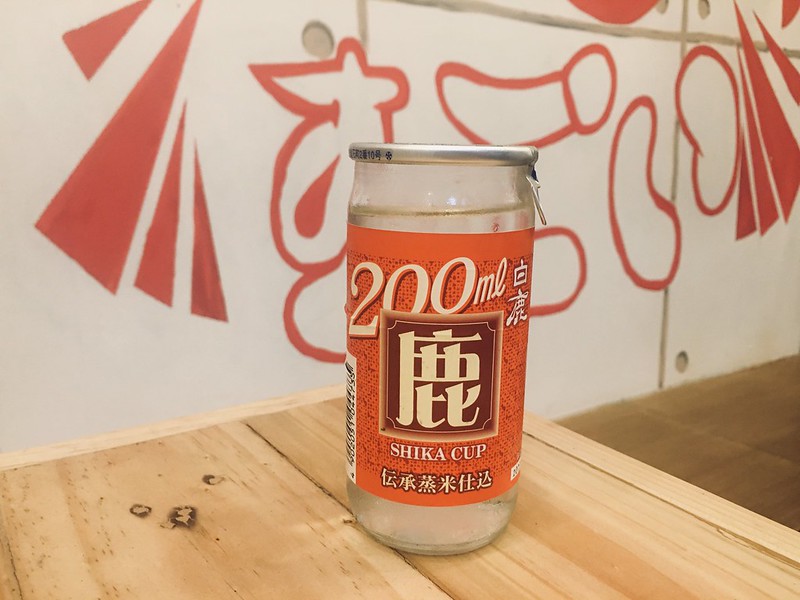 Despite being only a few weeks since its opening, Grillin’ Ape does seem set to be the new destination for tasty yet affordable Japanese food. 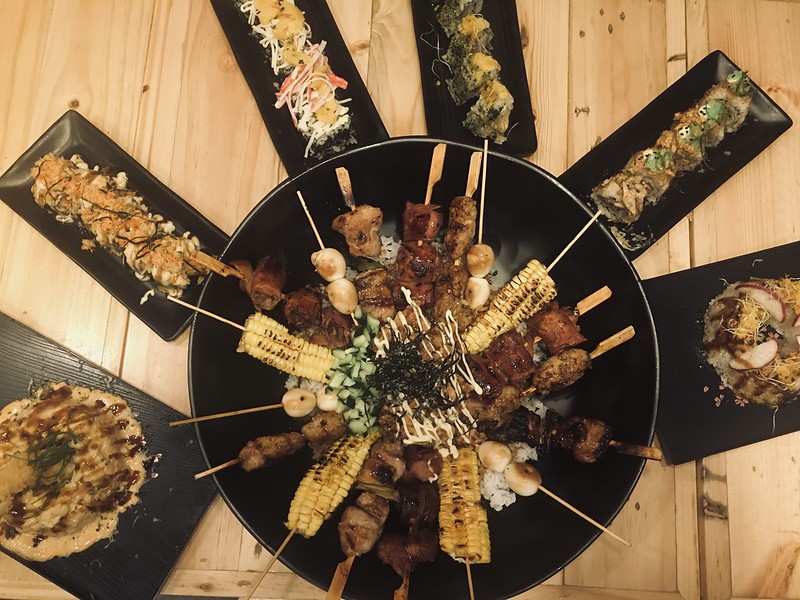 Many thanks to Nino and the crew of Grillin’ Ape for the fabulous food and to Diane of Fried and Prejudice for extending the invitation!

Disclosure: Together with other foodies, I attended a foodie meet-up held in this restaurant.  All the food items mentioned here were served to allow us to sample the fare to facilitate honest reviews and were not paid for by the attendees, including myself.