After lunch at nearby Cafe I’m Here, my friend and I hied ourselves over to the Macao Imperial Tea outlet along Timog Avenue.  Occupying a narrow area in the second floor of RTT Building, it is one of eleven outlets in Metro Manila of this new entrant to the milk tea business.

When we arrived as the lunch hour was nearing its end, there was an impressive line to the counter of people waiting to order their drinks, a testament to the popularity of this milk tea brand.  Despite the narrow space, there were quite a few seating spaces. 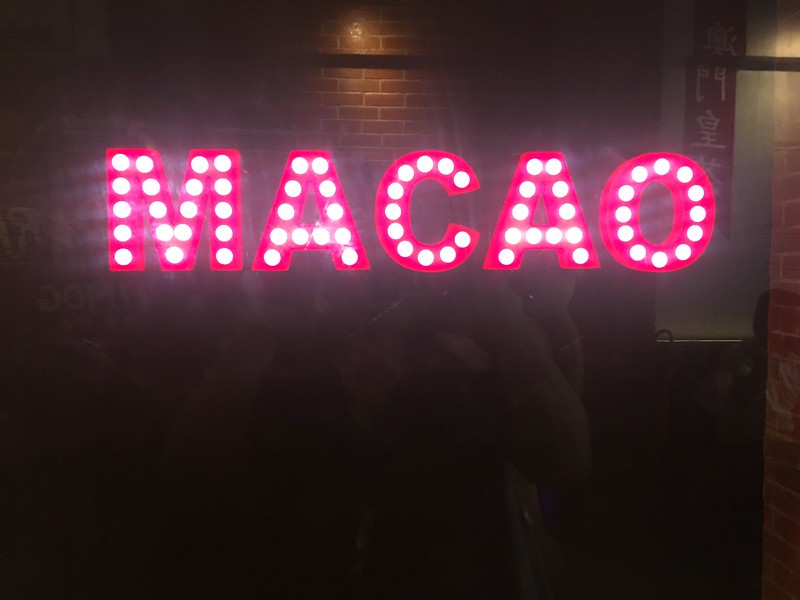 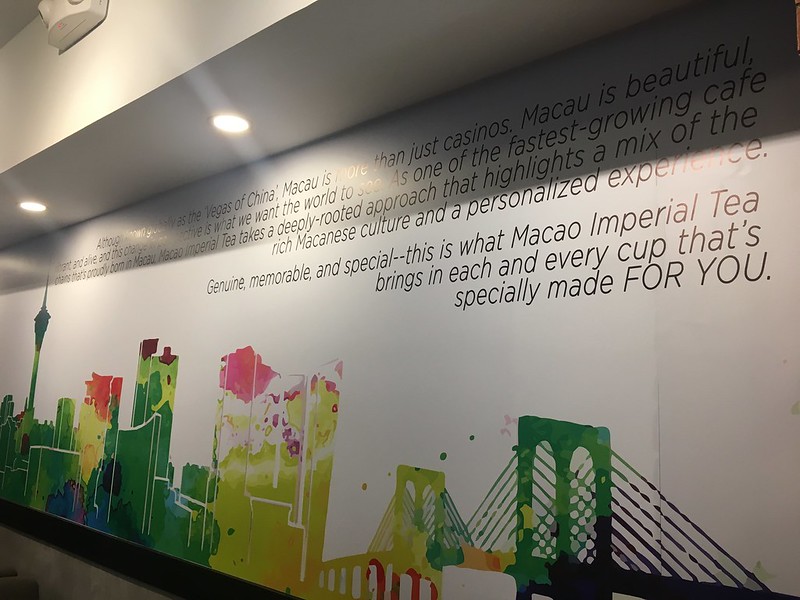 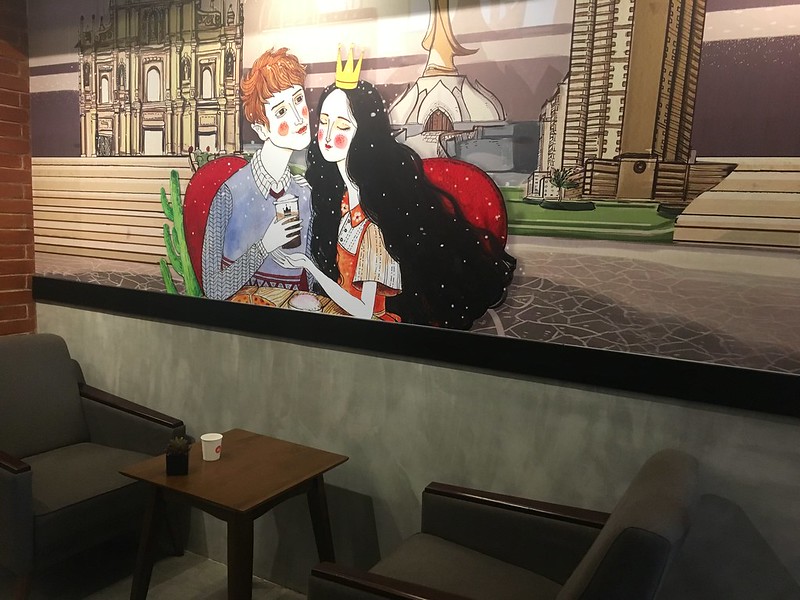 Having been named one of the top ten milk tea places in Metro Manila, Macao Imperial Tea serves an extensive menu that includes coffee, milk tea and cream cheese-based drinks.

For this visit, we each ordered a Black Pearl Milk Tea. At only Php100, each drink comes in a premium-looking reusable plastic cup.  The milk tea was creamy and not-too-sweet with pearls serving as nice accents to the drink.

We took our drinks back to the office to enjoy at our leisure. 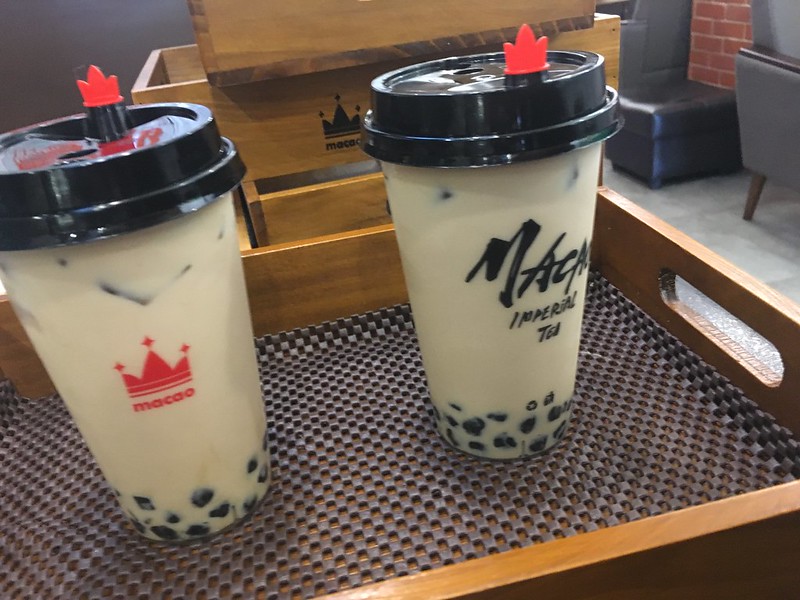 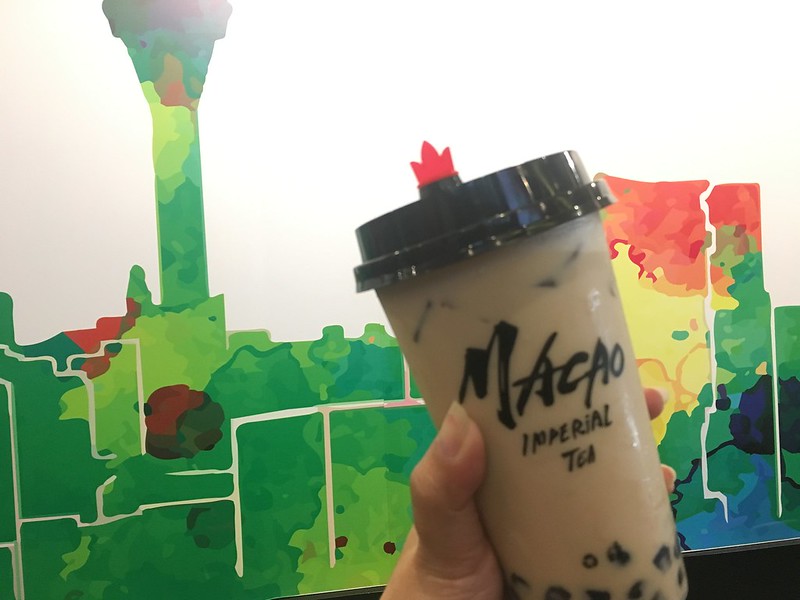 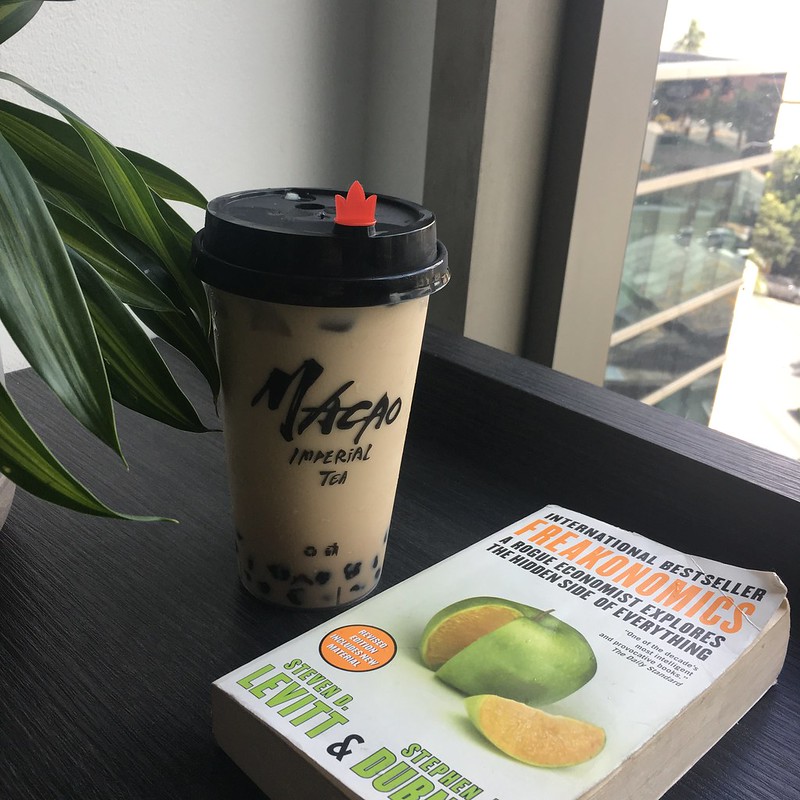 Check out my reviews of other milk tea outlets: