Eating out with coworkers who are not among your usual lunch companions presents quite a quandary: trying to find a restaurant that will appeal to the varied tastes and preferences of such a diverse group. 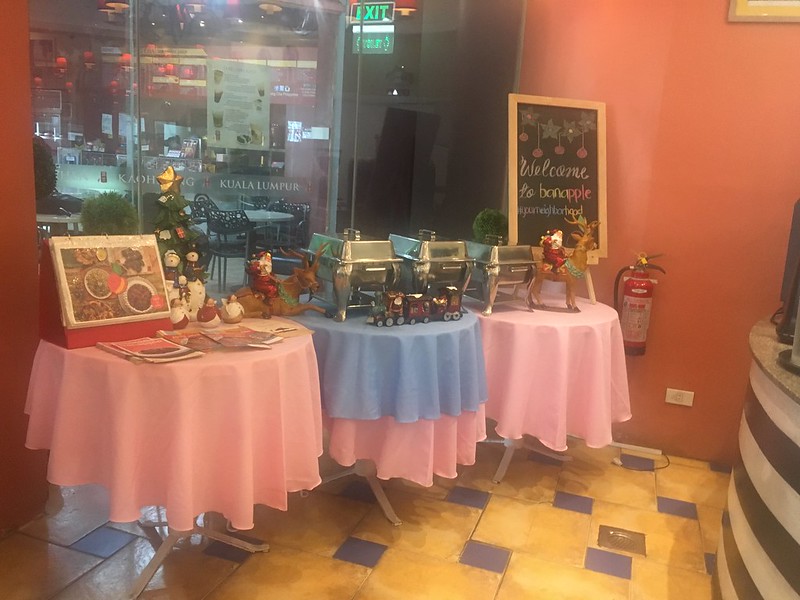 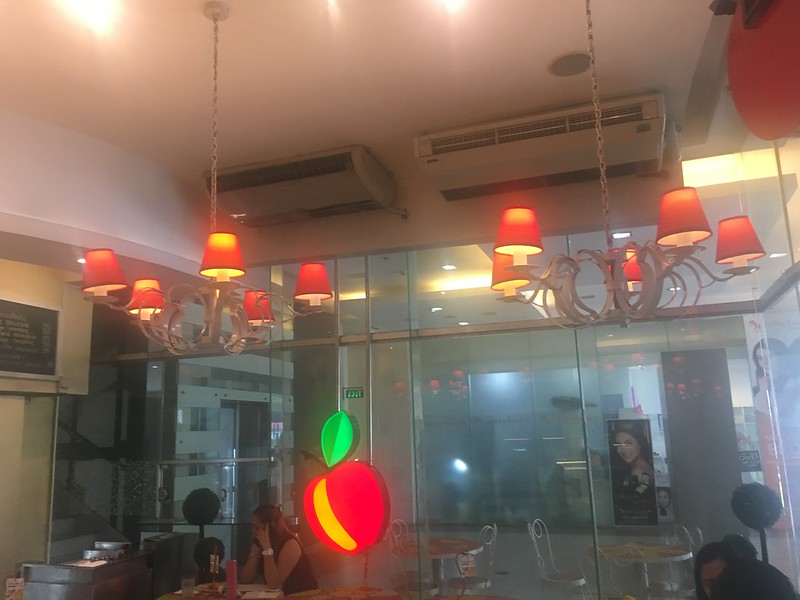 We solved this dilemma by going to the nearby branch of Banapple and took advantage of its various home-cooked style comfort food such as:

Soup of the Day (Php105). A freshly made, hearty and creamy mushroom soup to fill the tummy and warm the soul. 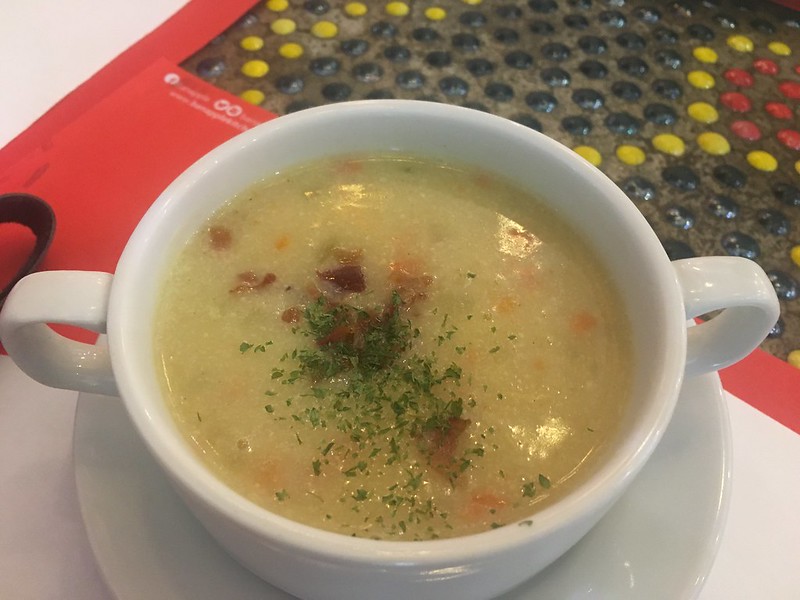 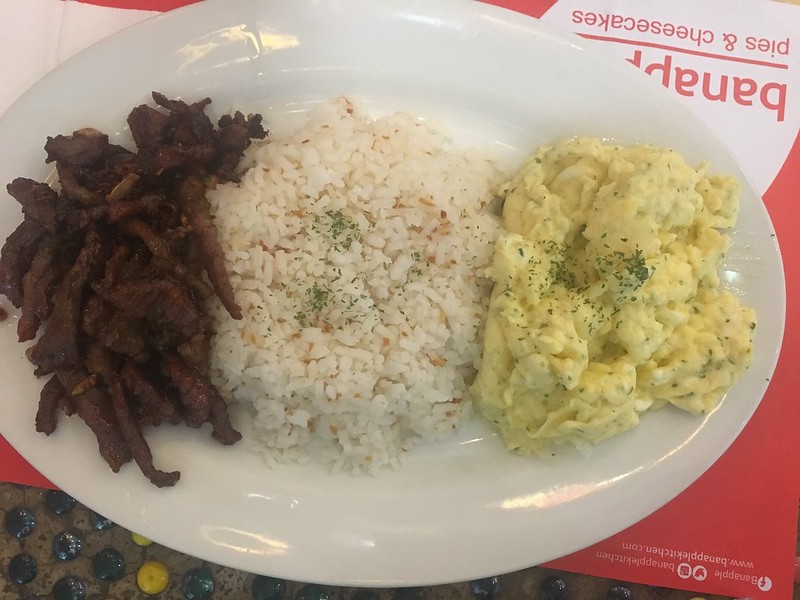 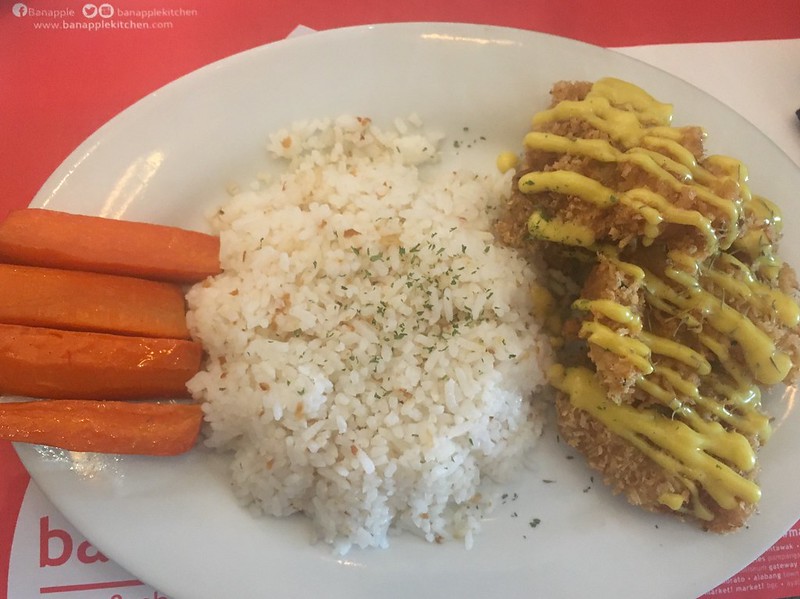 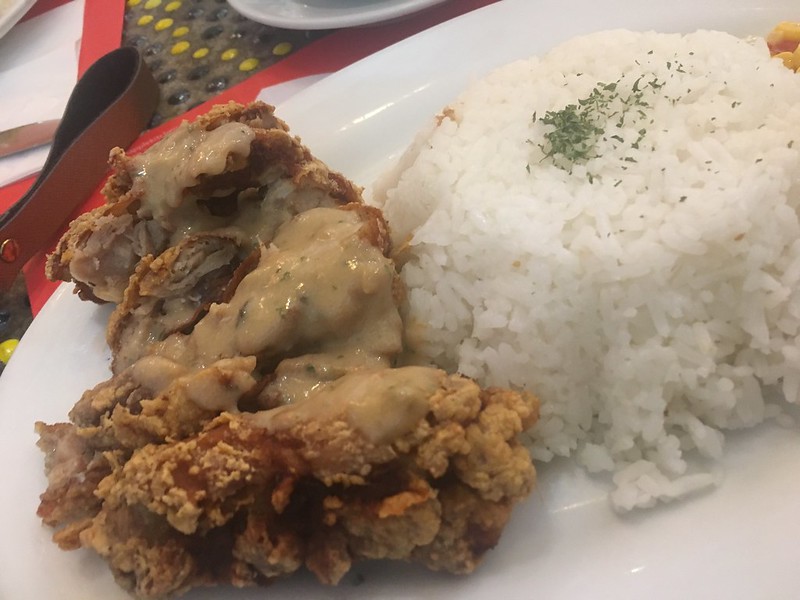 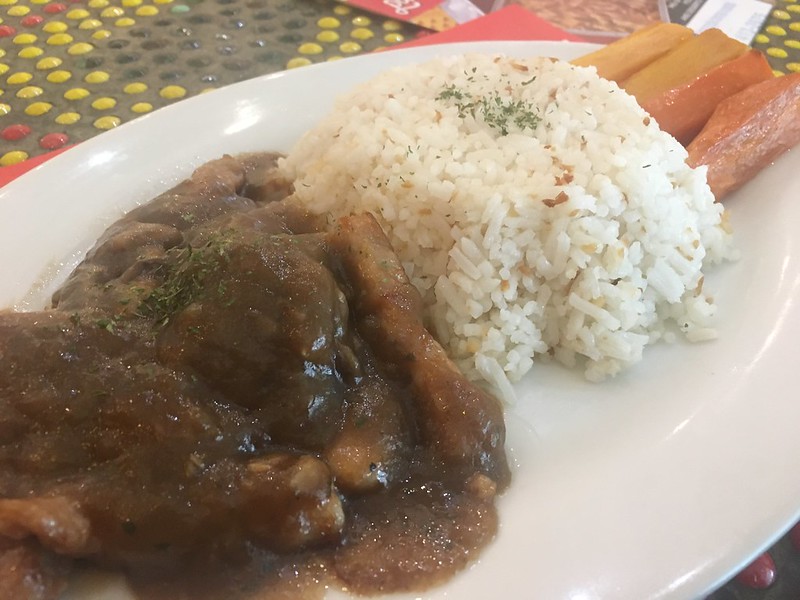 At over Php250 per order, these rice meals are not cheap. While quite flavorful and familiar, the dishes have a tendency to provoke a feeling of “umay,” there being so much of a particular taste that you just grow tired of it.

Still, these are not too shabby for a resto that started as a small operation, baking pies and cakes for family, friends and referred food establishments.

Also, as I’ve mentioned several times before, Banapple’s claim to fame, for me, would always be its desserts. The Banoffee Pie (Php135 per slice, Php965 for whole), in particular, is a delightful confection. I brought a whole cake home recently for my dad’s birthday. The graham cracker crust is well-formed and compact. The caramel filling is rich and decadent while the bananas inside are sweet but still has a firm texture. The cream topping is whipped stiff and in shape, allowing it to hold thick dark chocolate shavings. 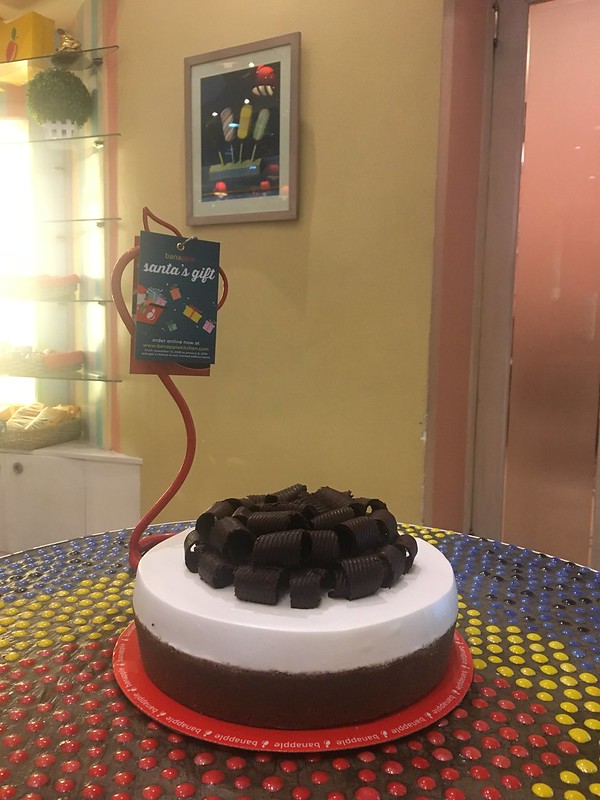 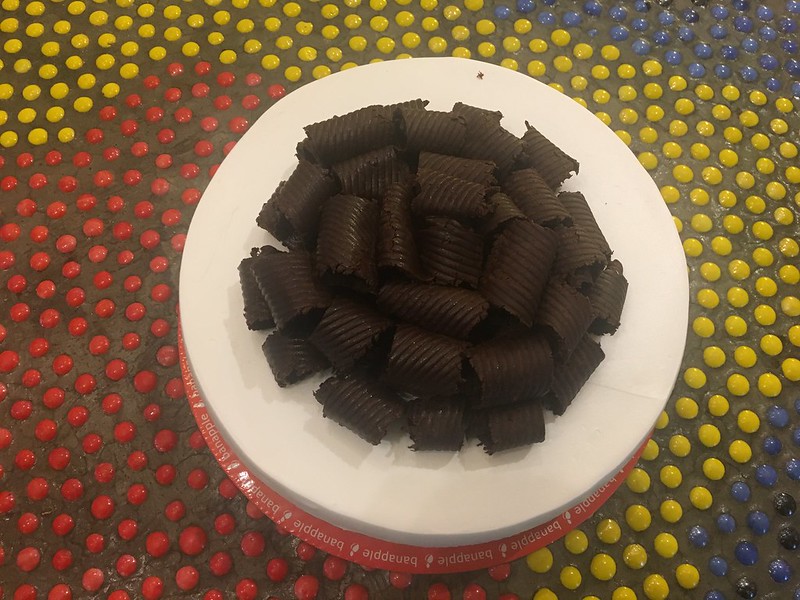 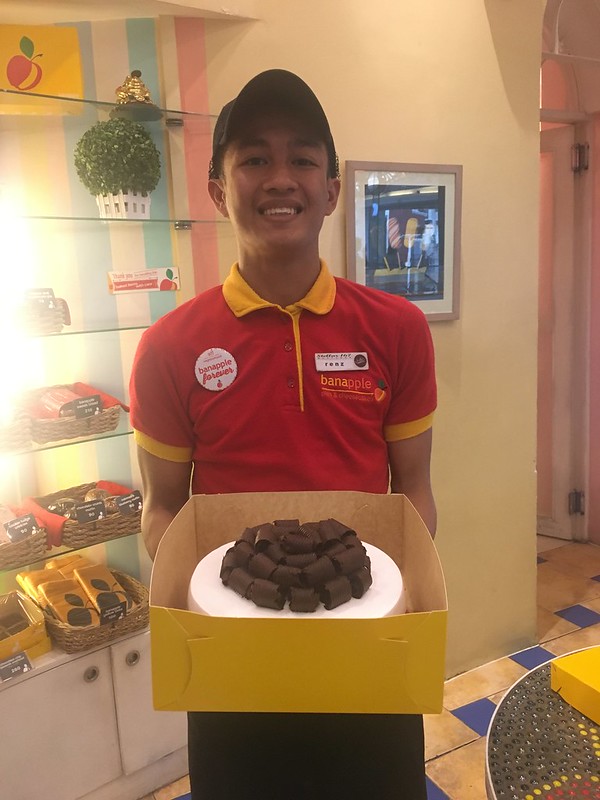 This Banapple branch is located at the Second Floor, Il Terrazzo, Tomas Morato Corner Scout Madrinan Street, South Triangle, Quezon City, open daily from 9am to 11.30pm. Other branches can be found at:

Plus, you’ll be happy to know that when you dine in at Banapple with a friend, you can get a free dish via Zomato Gold. Zomato Gold provides members with 1+1 deals on food or 2+2 deals on drinks for dine-in guests. All you have to do is sign up for a Zomato Gold membership here as soon as slots open. (They tend to get snatched up pretty quickly so be sure to sign up as soon as slots become available.) Use my code JELLYB to get 20% off the membership fee.

One thought on “Flavorful and familiar dishes at Banapple, Tomas Morato”