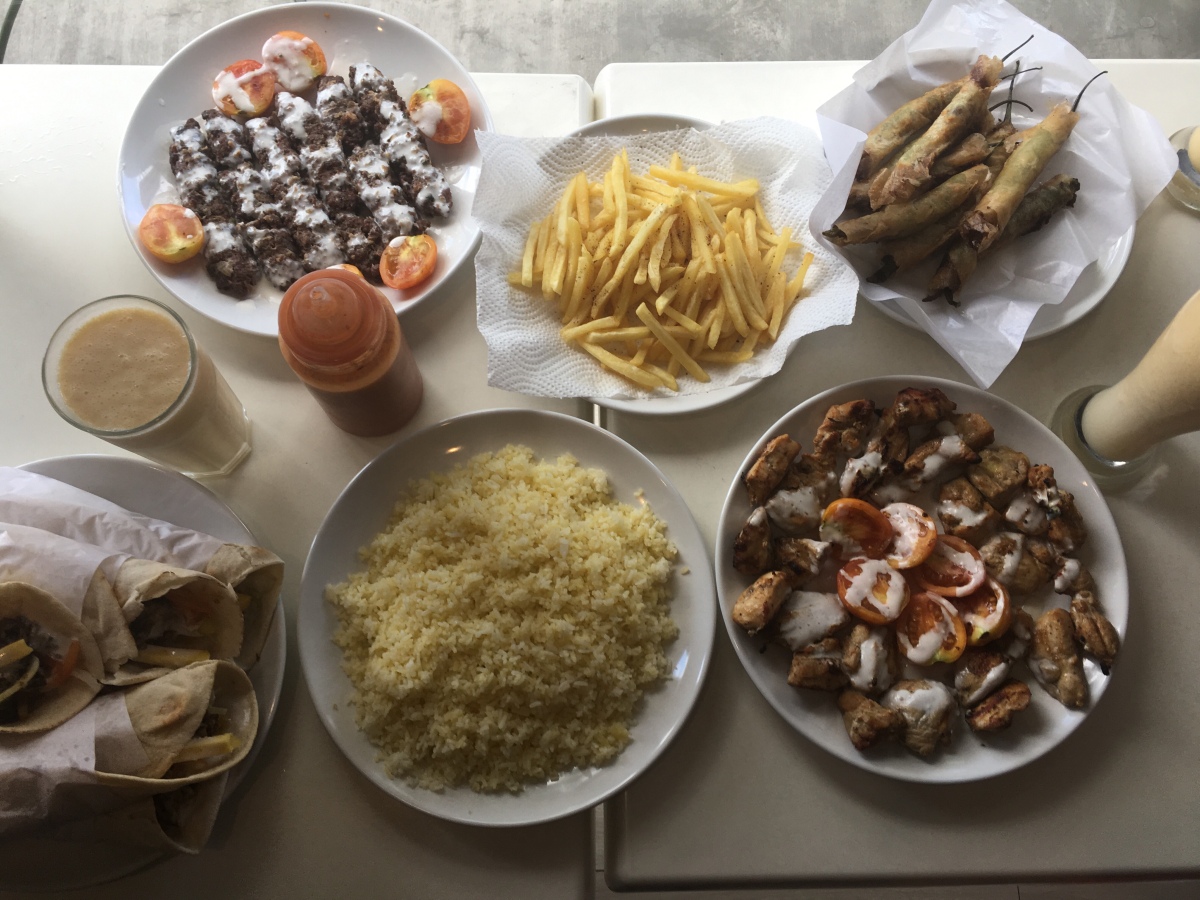 Remember that scene at the end of the Avengers movie when Tony Stark suddenly had a craving for shawarma? One of the most iconic moments from the movie is the after-credits scene which shows the superheroes munching on some shawarma in a store which miraculously stayed open despite the chaos of Battle of New York.

After biting into the juicy and smokey meat wraps at Holy Shawarma, you would understand why.

But I’m getting ahead of myself.

Shawarmas were derived from the Turkish doner kabap, a way of roasting stacked slices of marinated meat and cutting off pieces as they cook. It is served sandwiched inside a piece of flatbread along with hummus, tahini and sometimes fried potato strips, or piled high on a plate accompanied by tabbouleh and slices of tomatoes and cucumber topped with yogurt.

The name shawarma is the Arabic version of the Turkish word cervirme which means “turning.” This refers to the meat turning on a rotisserie; today, shawarma stores in the country use a motorized spit to slowly turn the stack of beef or chicken pieces against a heat source, evenly roasting the outer layer which are then sliced off.

Normally, you can enjoy this savory delicacy in food courts and tiangges but now, denizens of the beautiful city of Marikina can enjoy their meat wraps in relative comfort in the newly opened restaurant Holy Shawarma. 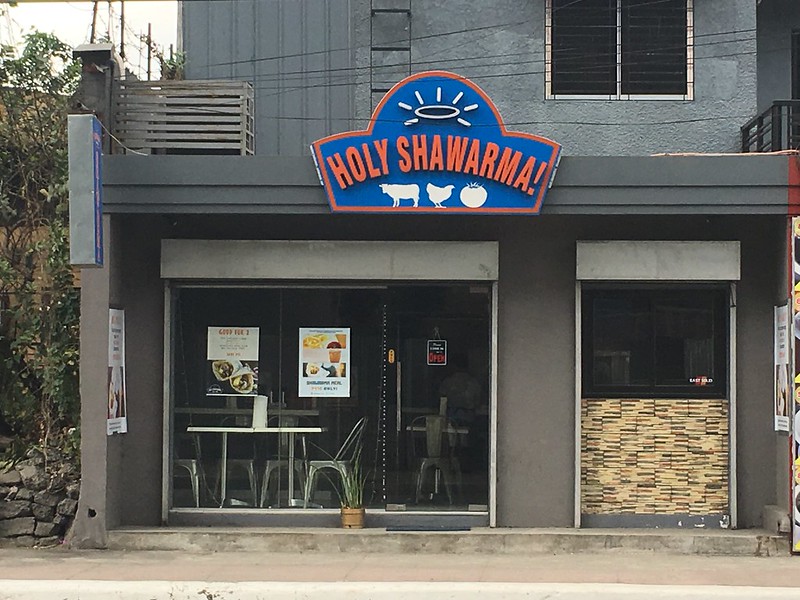 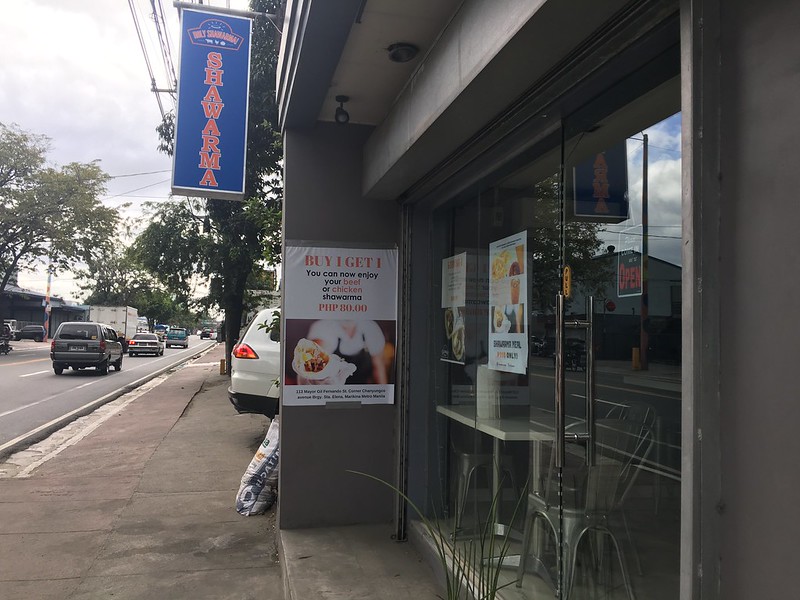 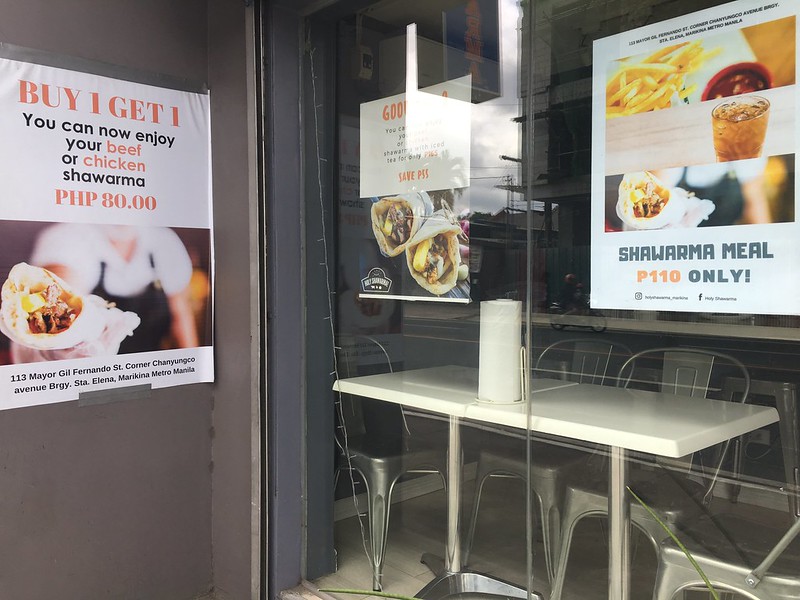 Owner Mon Tolentino shares that the store’s name is akin to an expression of joy or surprise which he hopes to elicit from his patrons with his food; something like “Holy Shawarma, that’s so good!”

Together with fellow foodies and bloggers, I was invited to visit this store and sample its offerings. Our group of nine bloggers settled ourselves in the store’s seating area and got ready to get our fill of the shawarma and other Middle Eastern delicacies.

We were welcomed by the glorious aroma of roasting meat as the store’s crew bustled about to prepare our food. 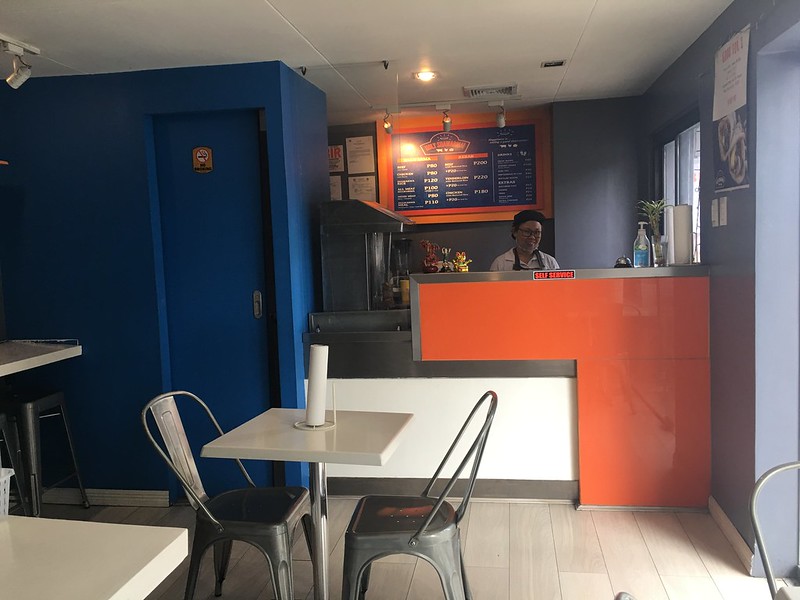 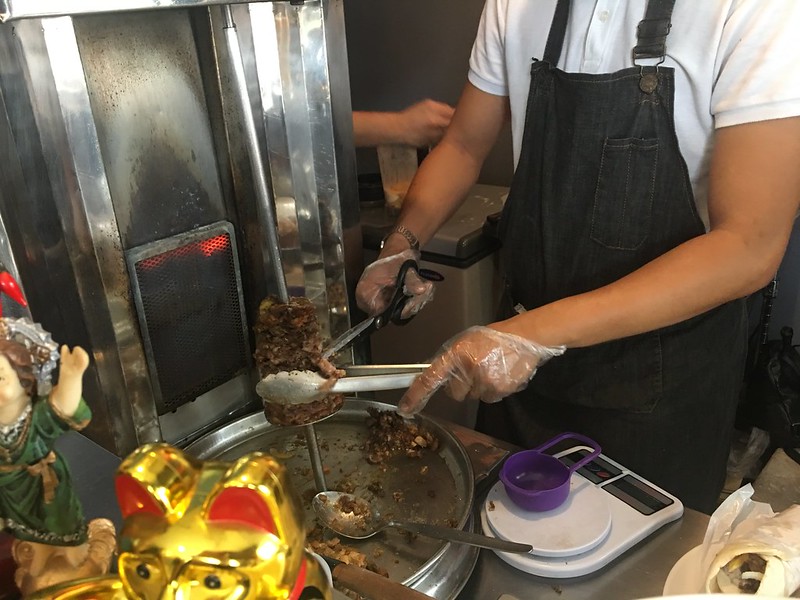 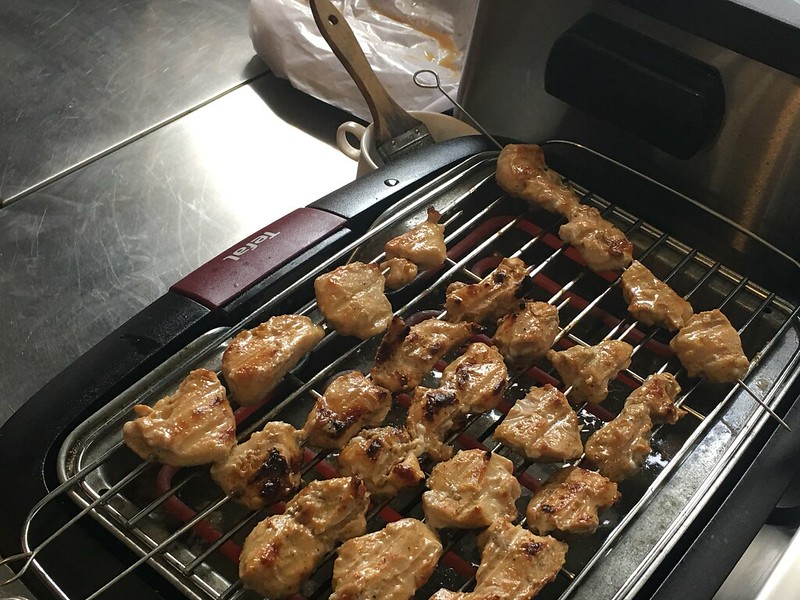 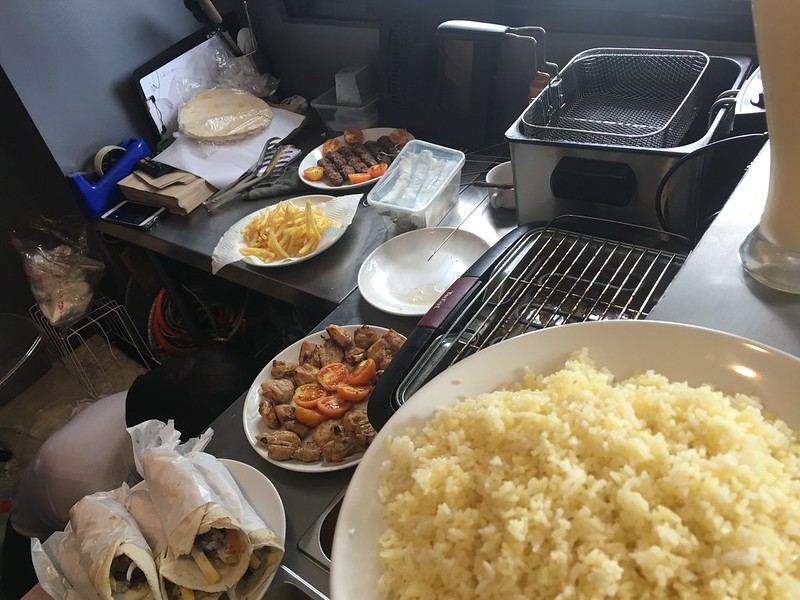 For starters, we snacked on some French Fries (Php25/plate) and Dynamite Wraps (Php65/plate). The fries are crisp and not-too-salty; I may have single-handedly polished off a plate of these. I had a bout of anxiety prior to biting into the Dynamite Wraps – large green chili peppers stuffed with ground beef and cheese – but it turned out to be quite tasty; the spiciness of the chili peppers framed the flavors of the cheese and meat quite well. 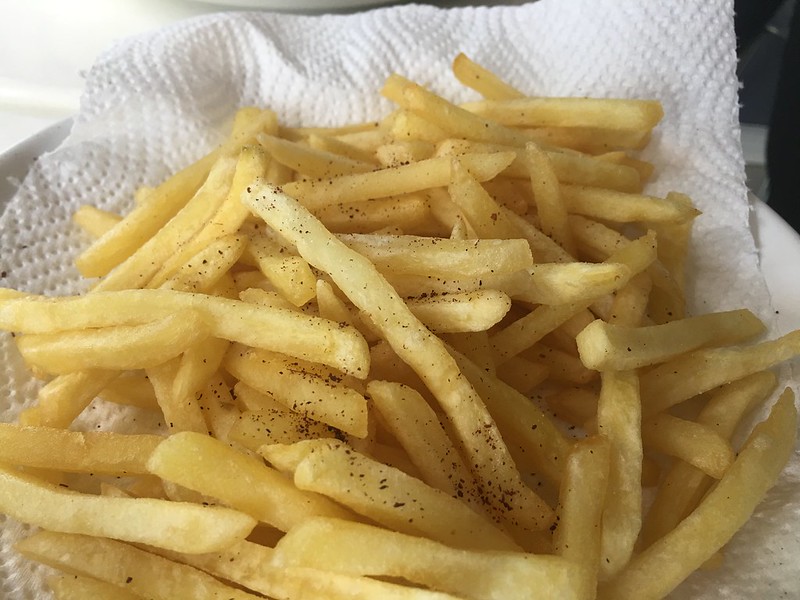 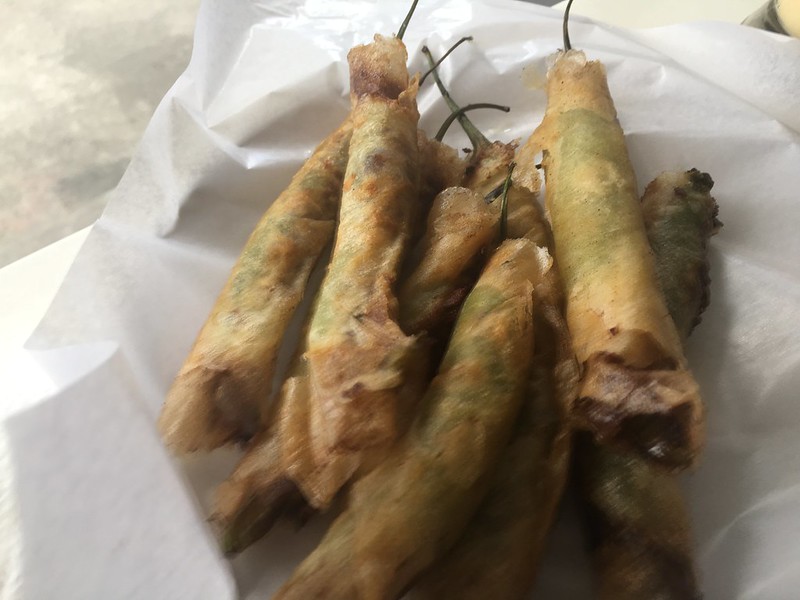 Afterwards, we feasted Beef Kebabs (Php200/plate) and Chicken Kebabs (Php180/plate) which were well-complemented by the buttery Shawarma Rice (Php120/plate). 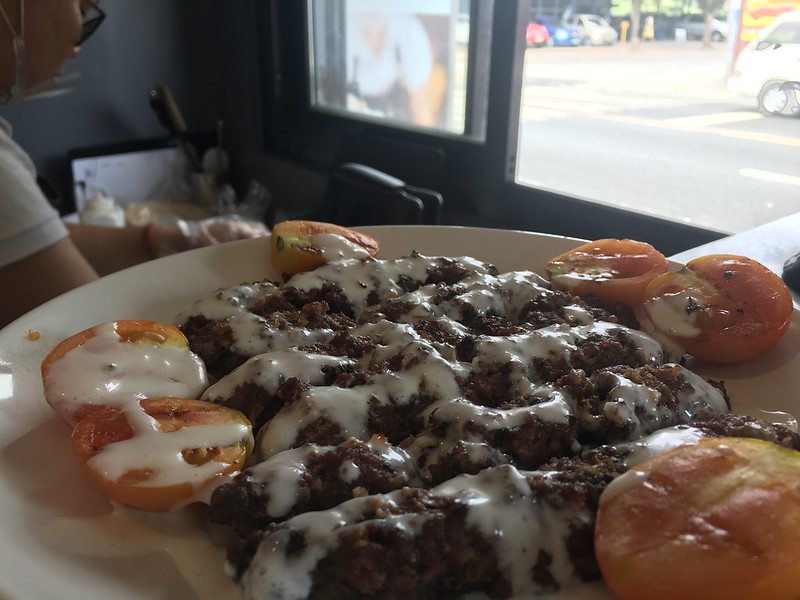 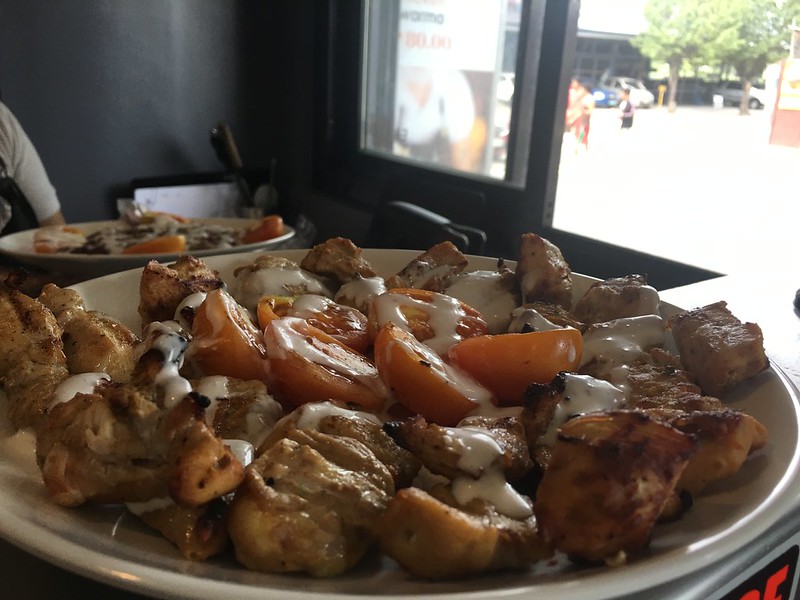 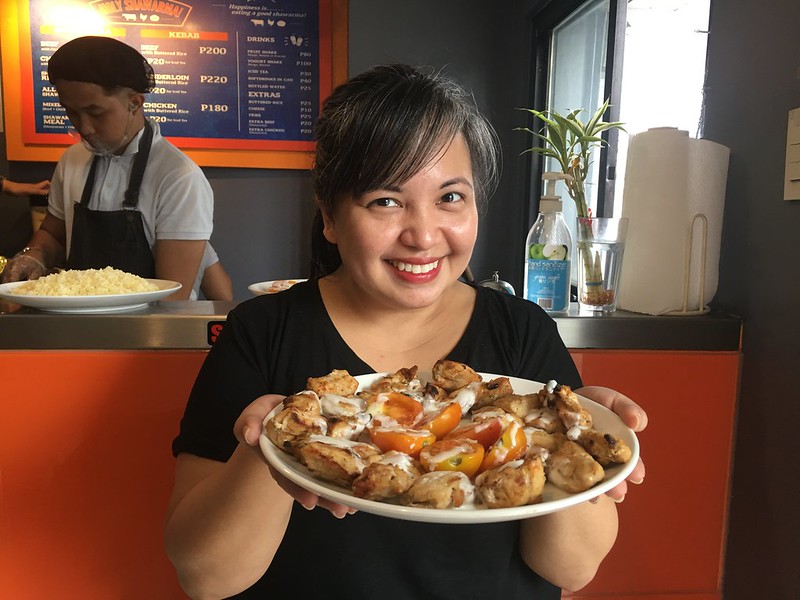 The real stars of the show, of course, are the meat wraps: Beef Shawarma (Php80/piece) and Chicken Shawarma (Php80/piece). Those savory slivers of meat are wrapped in warm pita bread together with sliced tomatoes, onions and cucumbers, a strip of cheese and drizzled with garlic sauce and hot sauce. Each bite into these wraps was like going on a magic carpet ride: the warm flavors trigger feelings of comfort to the soul. 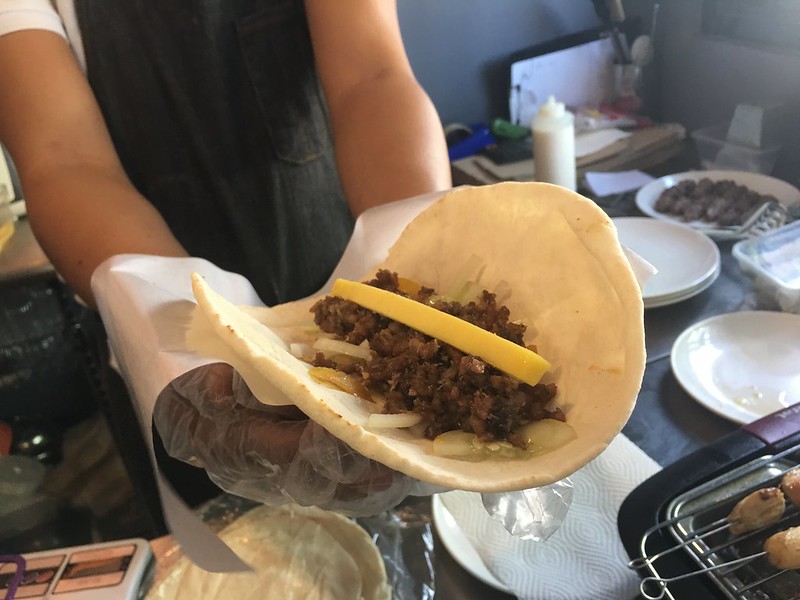 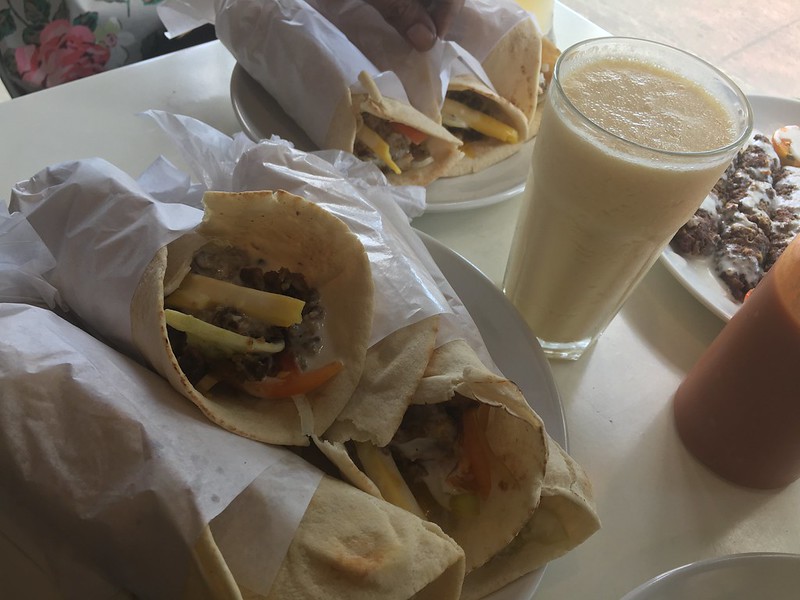 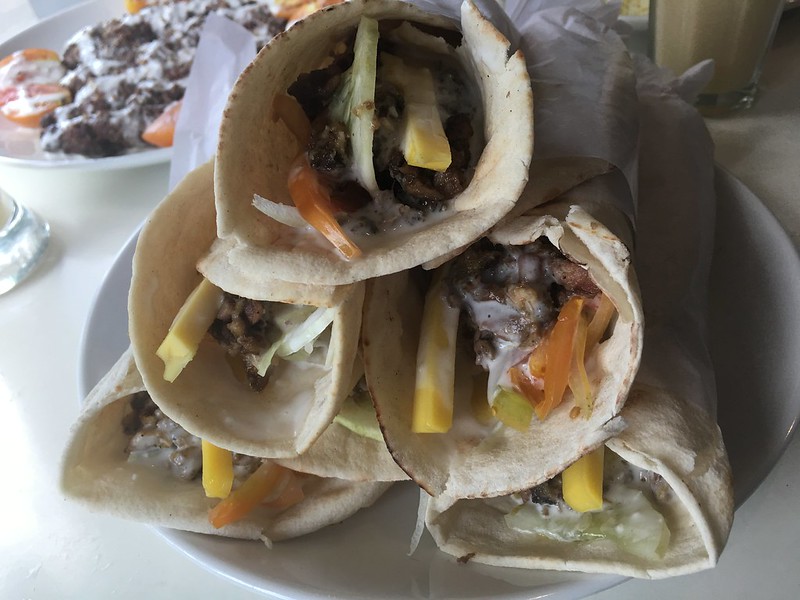 We washed down these strong-flavored food with refreshing Mango Shake (Php80/glass). 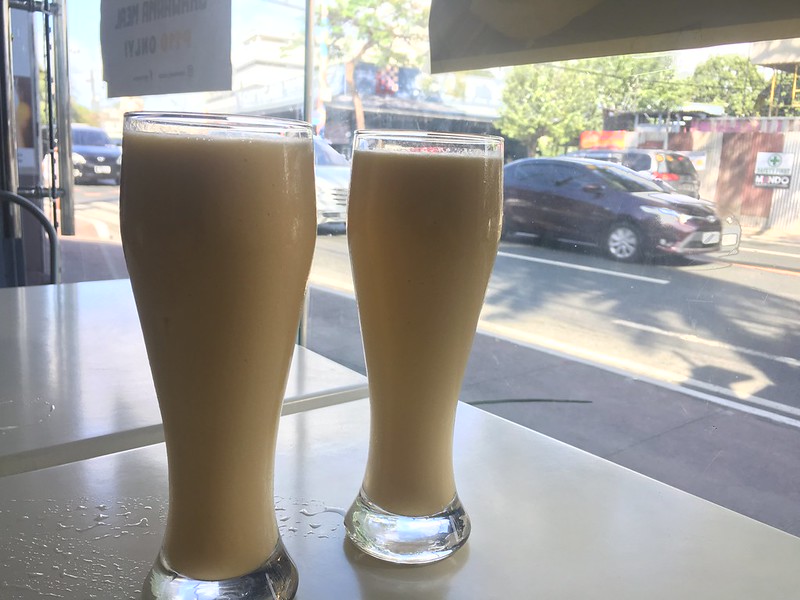 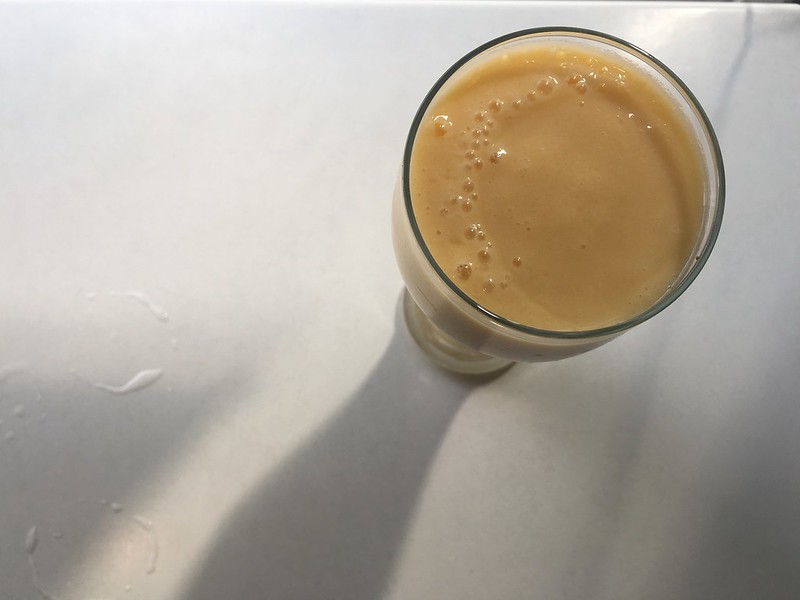 So, if you’re a superhero done vanquishing a frightful foe, or just a regular Joe looking for a filling snack, drop by Holy Shawarma for some holy-shawarma-that’s-so-good and affordable food.

Thanks to Holy Shawarma for having us and to Marikina Foodies for extending the invite! 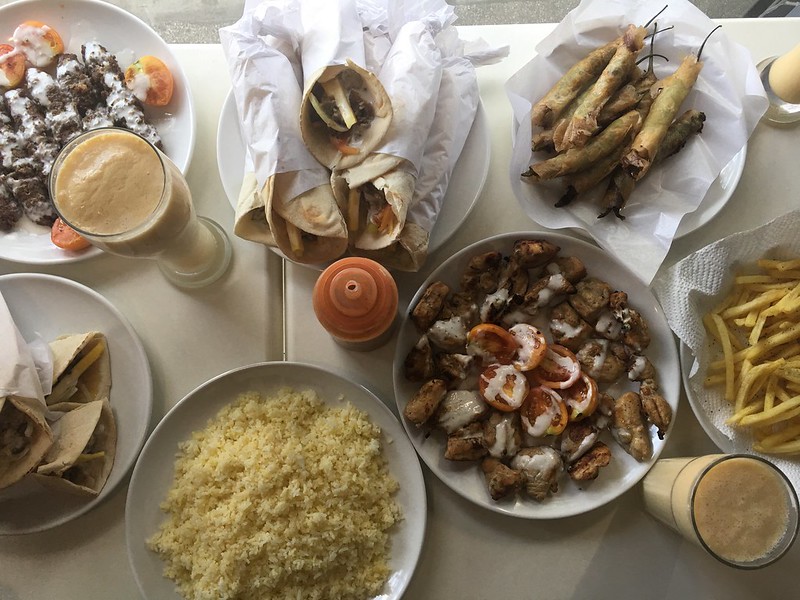 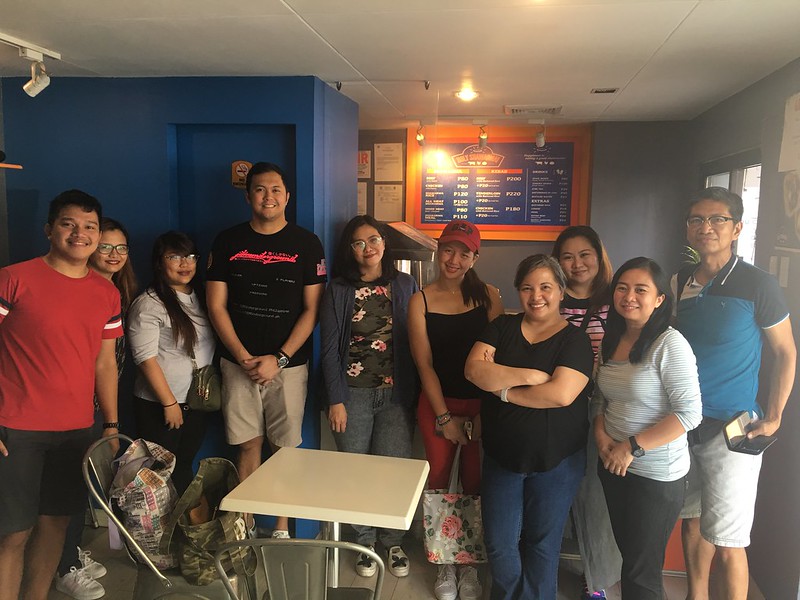 Want to bring a friend over? Enjoy beef or chicken shawarma food for two along with iced tea for only Php165!

Going solo? Why not go for a Shawarma Meal of composed of Shawarma on a plate with buttered rice together with iced tea for only Php110.

Disclosure: Together with other food bloggers, I was invited to attend a foodie meetup held at this restaurant. Food items mentioned here were served to allow us to sample the fare and were not paid for by the attendees, including myself.