I’ve always had a soft spot for paella. As one of the most well-known Spanish dishes with a long history, it enjoys great visibility, not just in Spanish restaurants but also in Pinoy fiestas.

The paella got its name from the shallow frying pan in which it is cooked and even served. Originating from the Valencia region in Spain, it combines both the Roman and Arab culinary traditions. Most iterations of this dish is characterized by its vibrant yellow color owing to the generous use of saffron which also contributes to its unique taste. One of the exceptions here is the Paella Negra which gets its color and flavor from the squid ink mixed in with the rice. 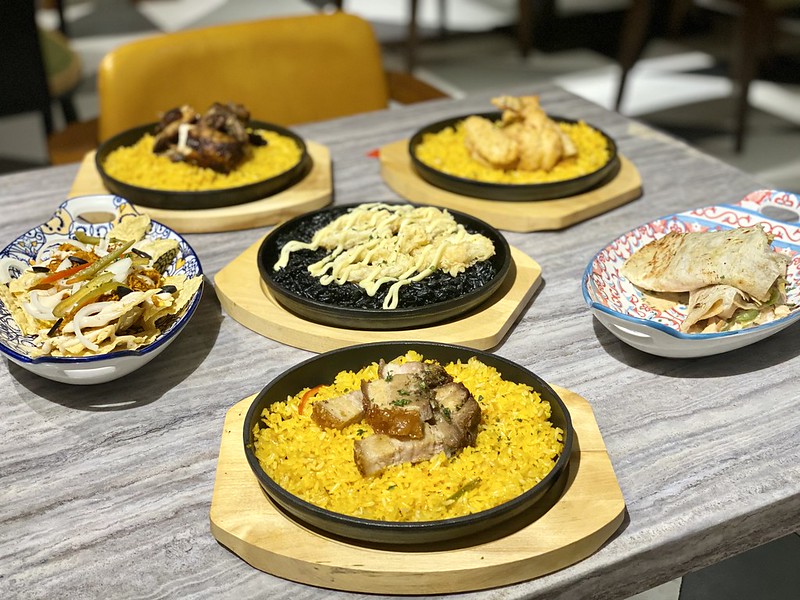 Having been colonized by Spain for three centuries, it is hardly surprising that the Philippines would develop a love for this dish, even making our own version – the arroz ala valenciana – which uses glutinous rice with chicken and longganisa or chorizo. 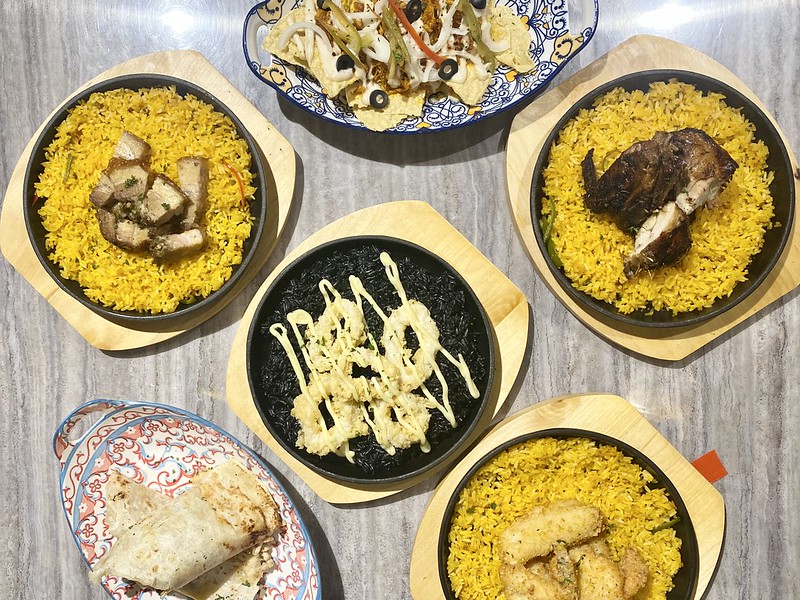 Well, the good news for us paella lovers is that we don’t have to travel far nor wait for a fiesta to get a taste of our favorite dish. 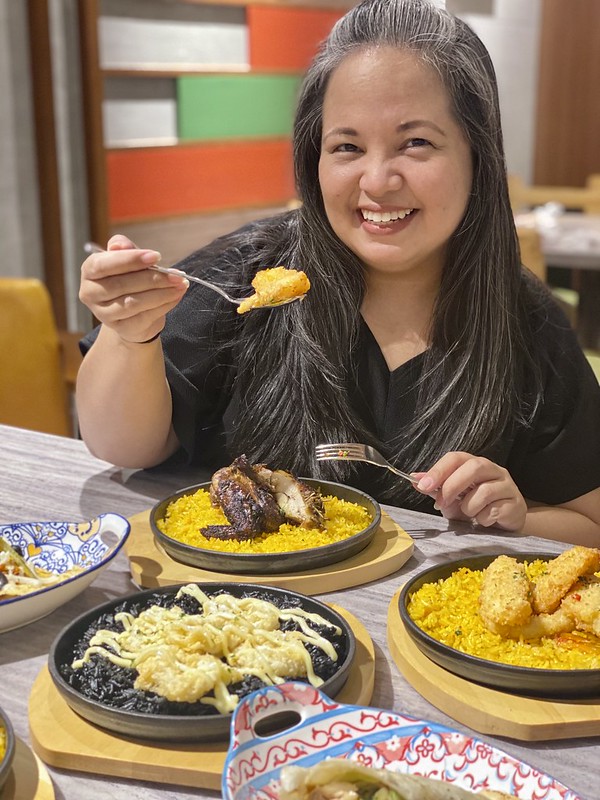 At the newly opened stall at SM Megamall’s Eatogether Food Hall, we can get this flavorful rice dish and pick the toppings we want to go with it. 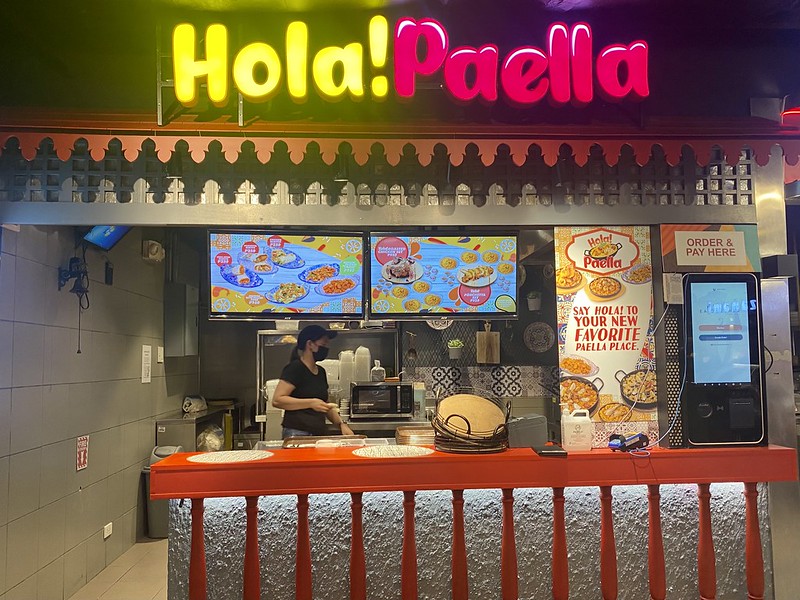 Together with my fellow foodies, I was able to sample some of its solo servings. 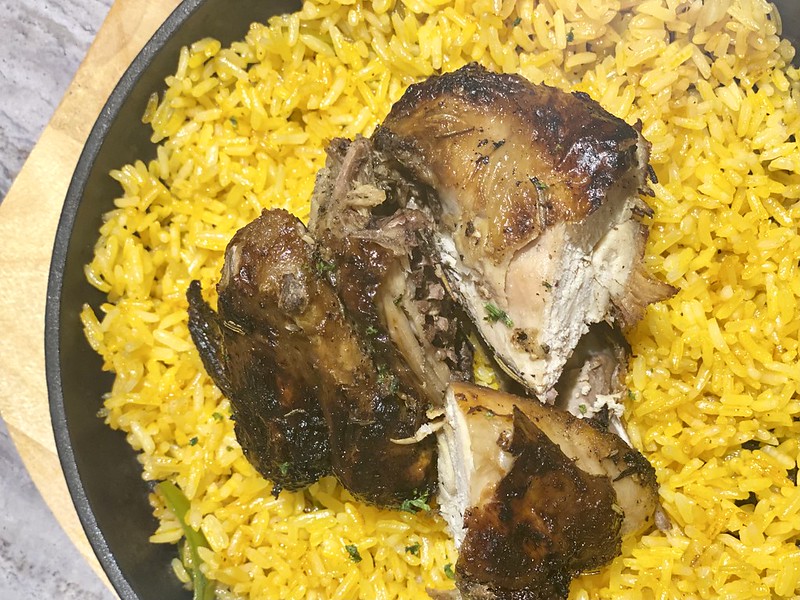 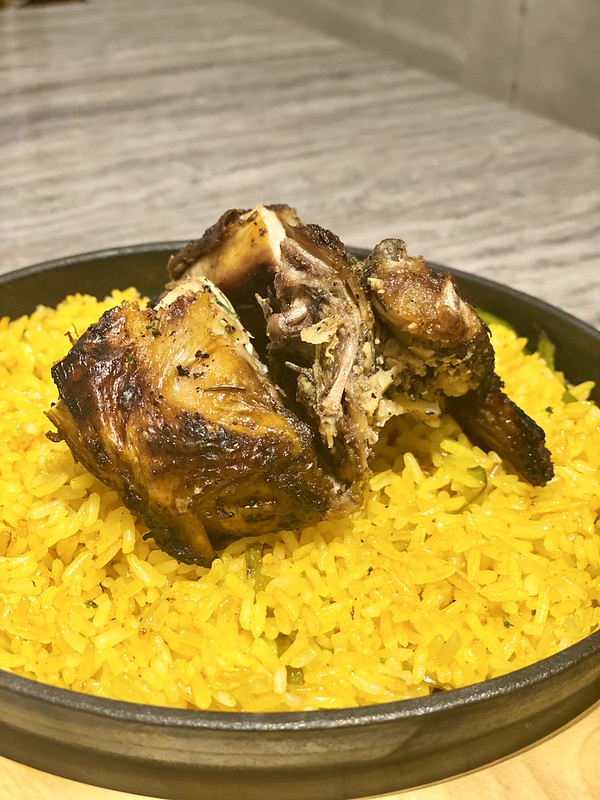 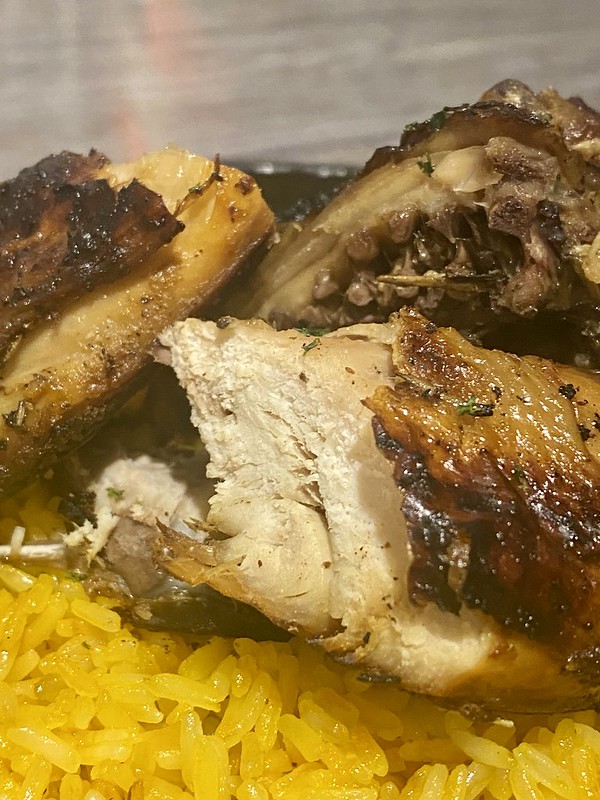 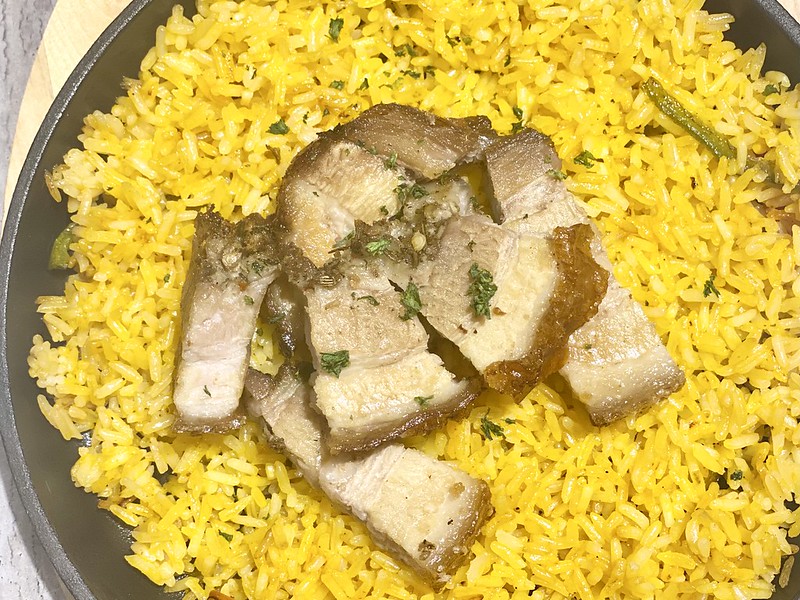 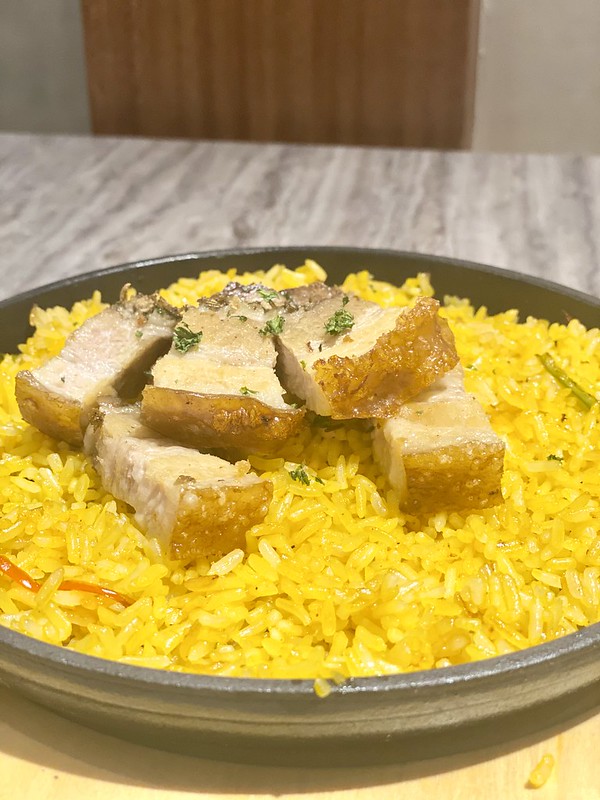 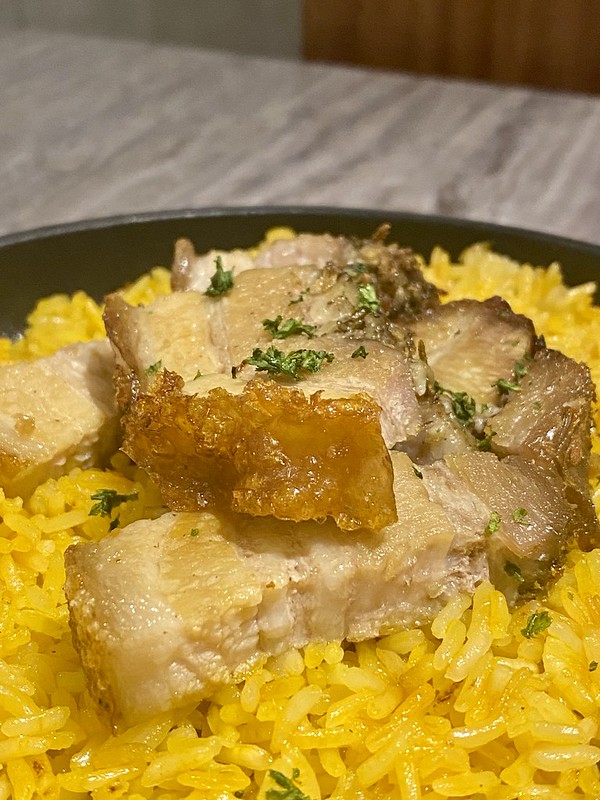 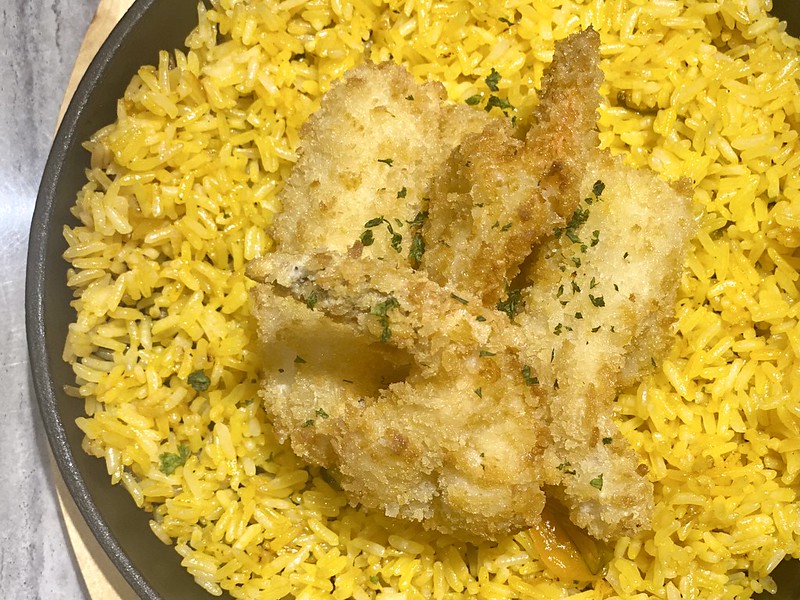 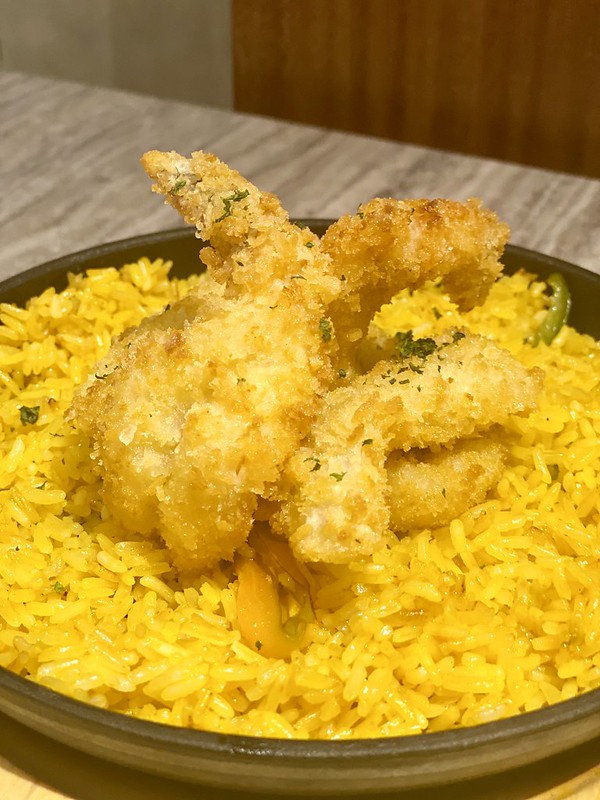 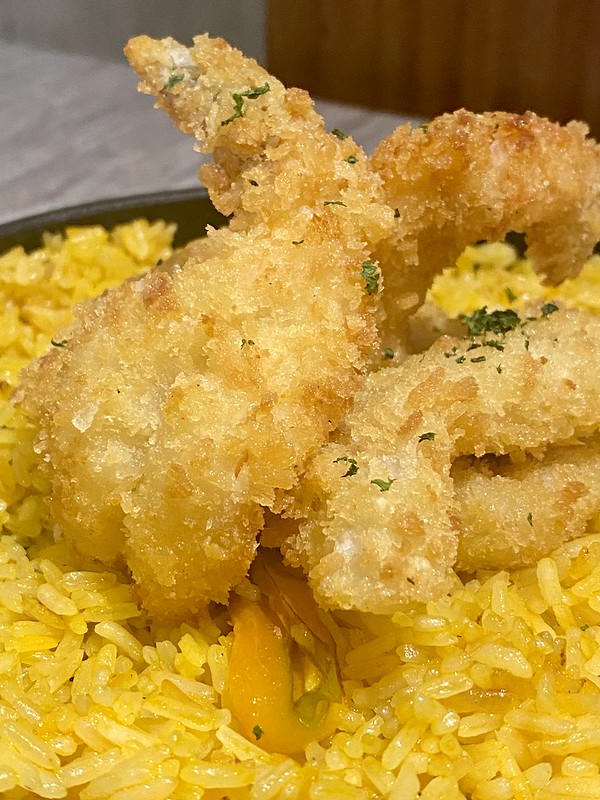 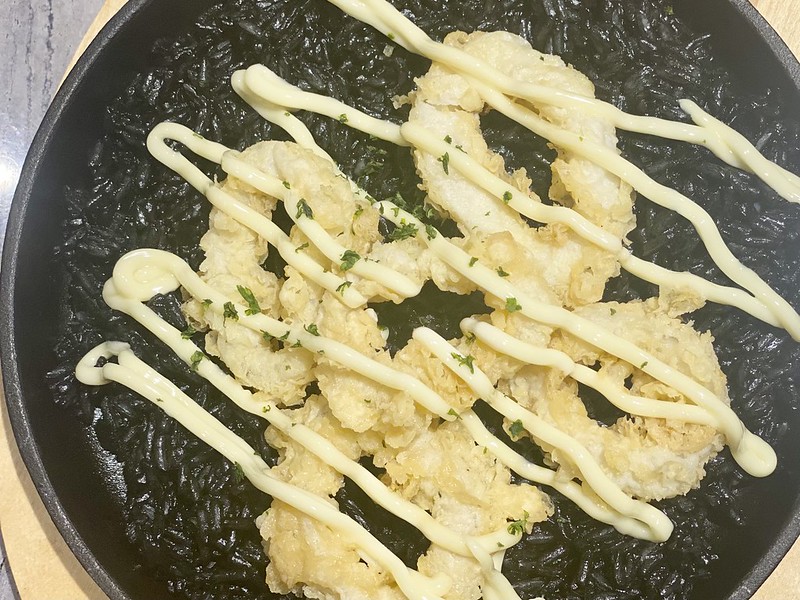 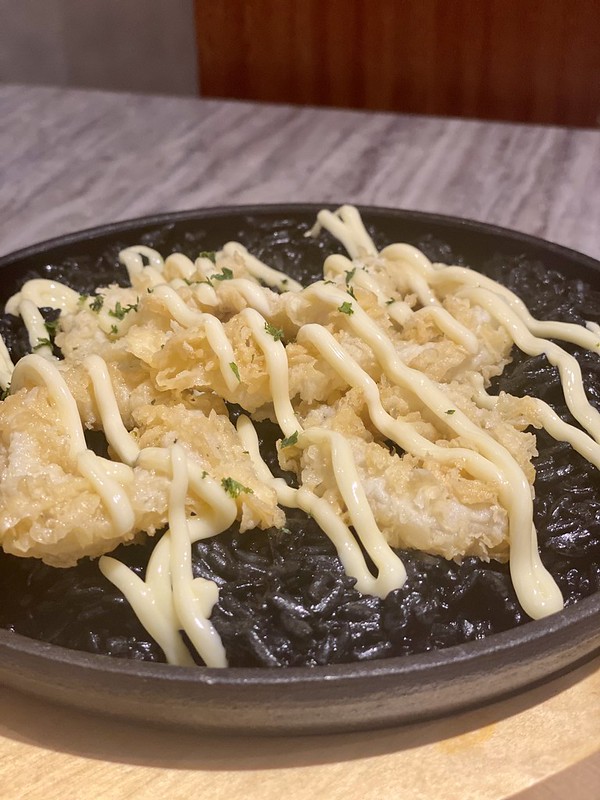 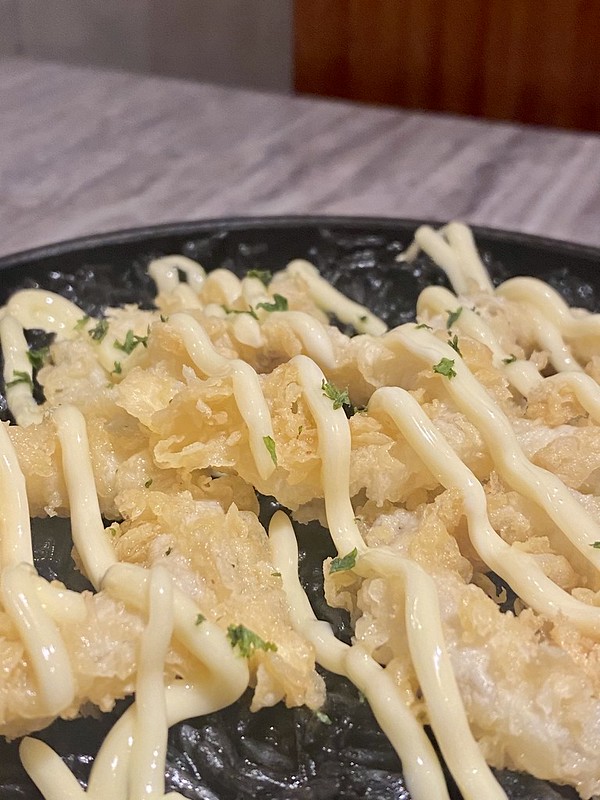 Aside from its many paella iterations, Hola Paella also serves appetizers such as: 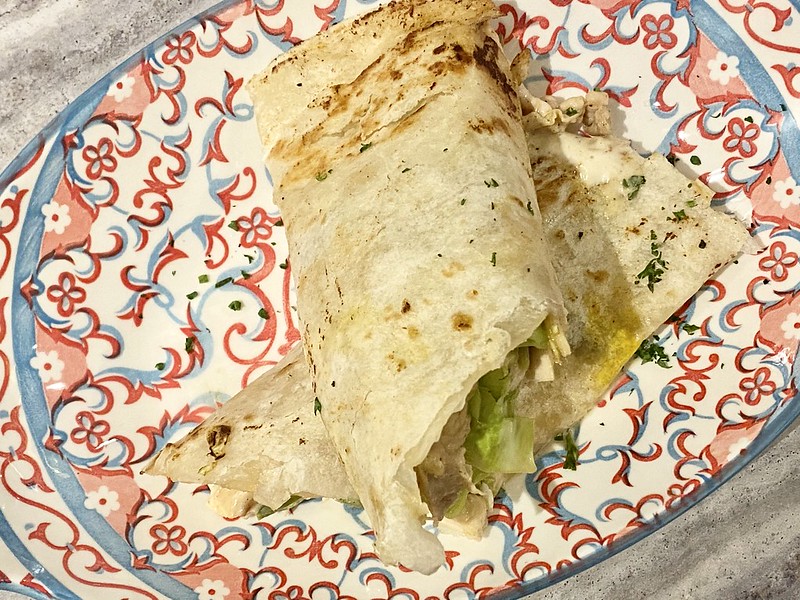 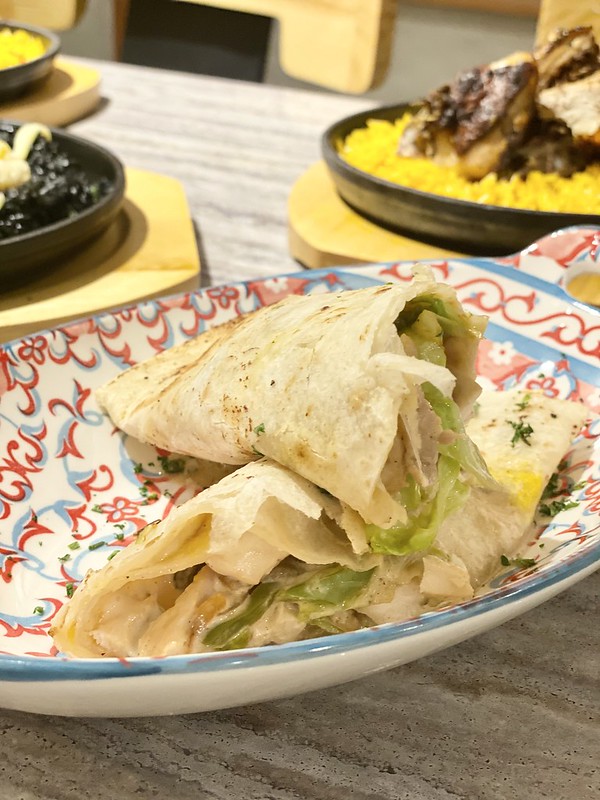 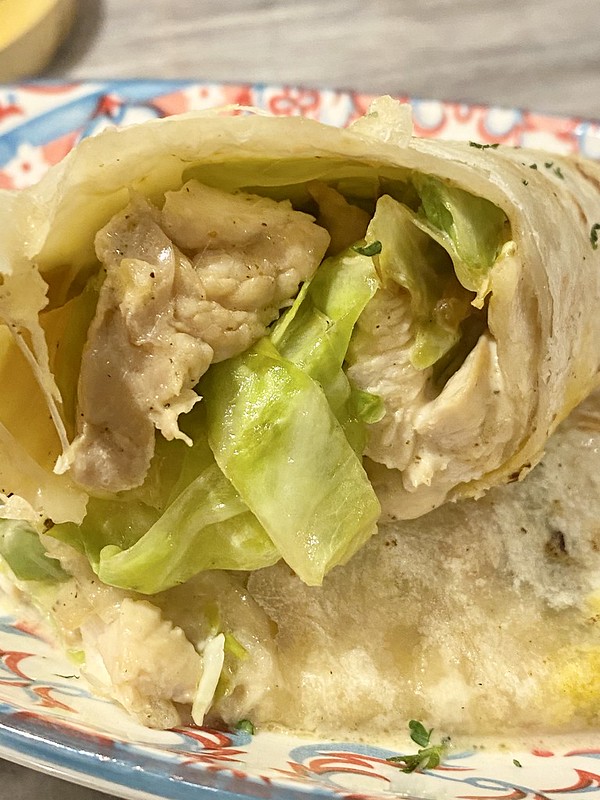 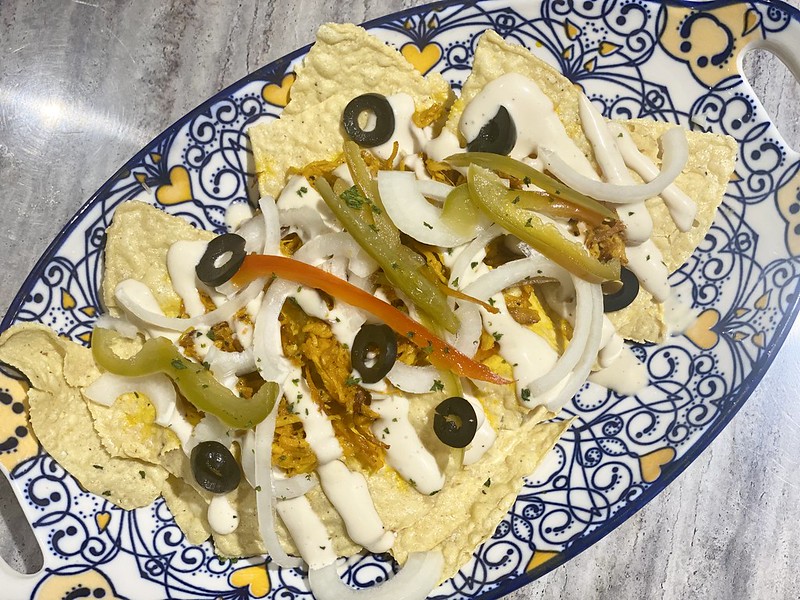 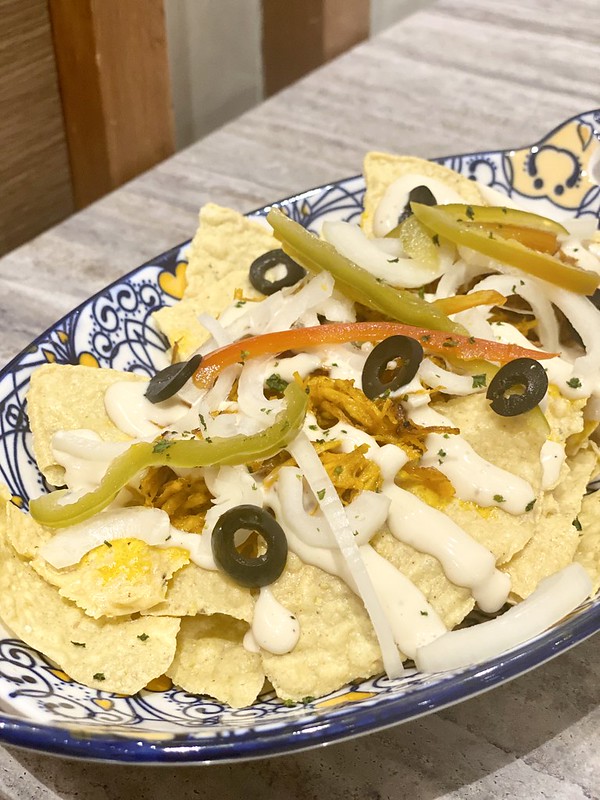 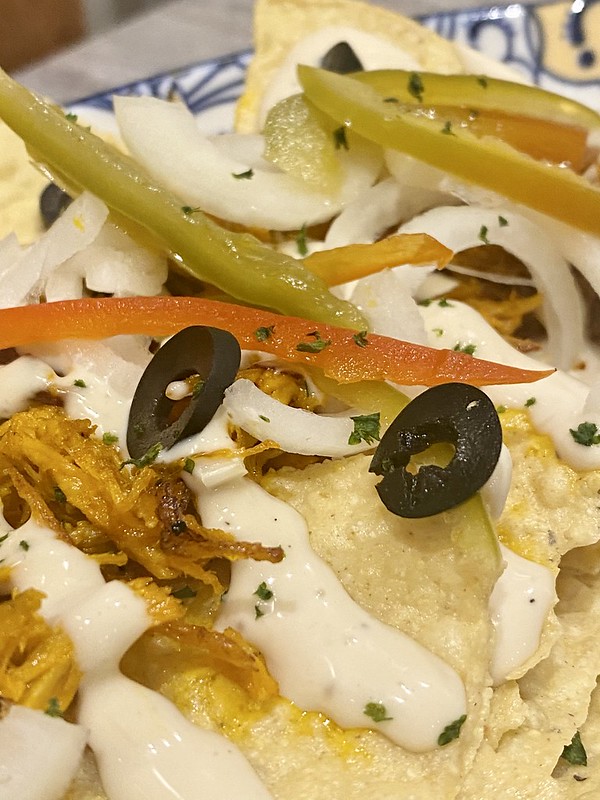 It’s great to see that one of my favorite dishes is so readily available. 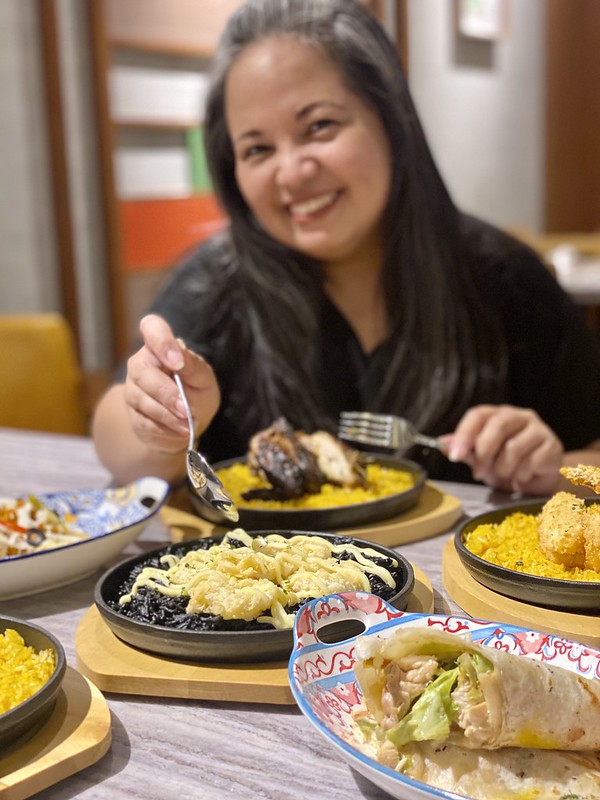 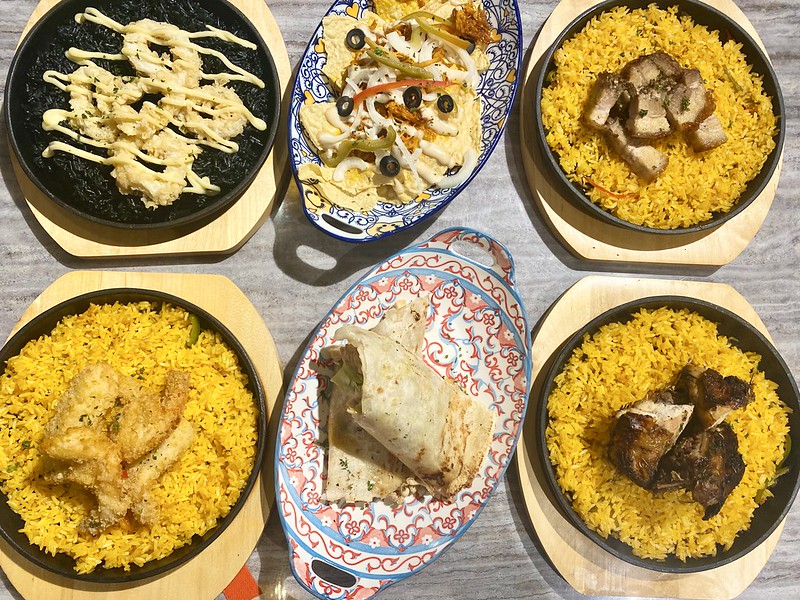 In fact, I brought home a Paella de Carne (Php710) for the fam’s dinner the next day. All I had to do was reheat the rice (with a little bit of stirring at first) in a large cast iron skillet and leave it alone on the stove for a few minutes to form a little bit of soccarat – the toasted and caramelized rice crust that forms at the bottom of skillet which gives the dish a whole new dimension of flavor. 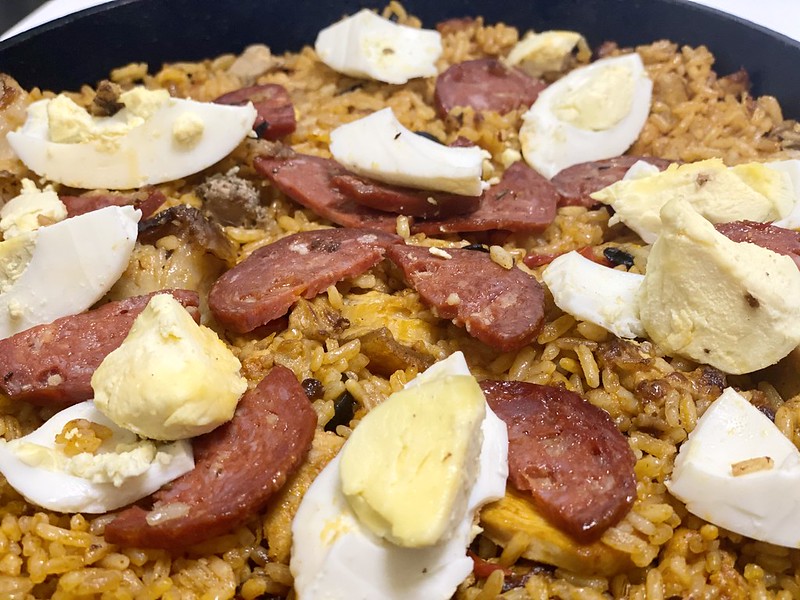 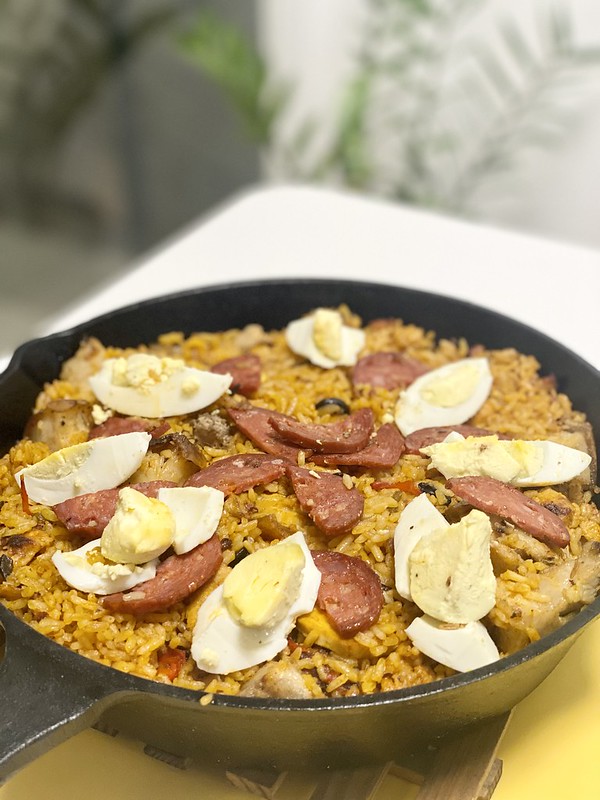 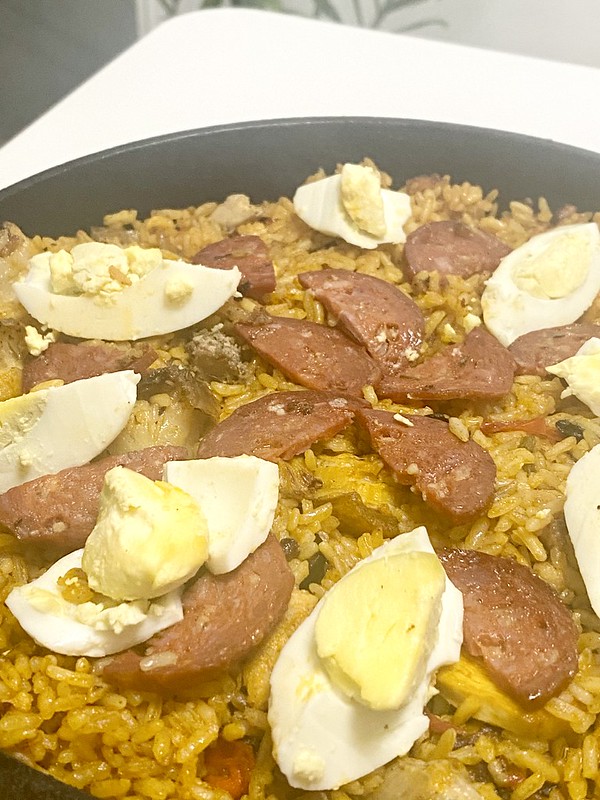 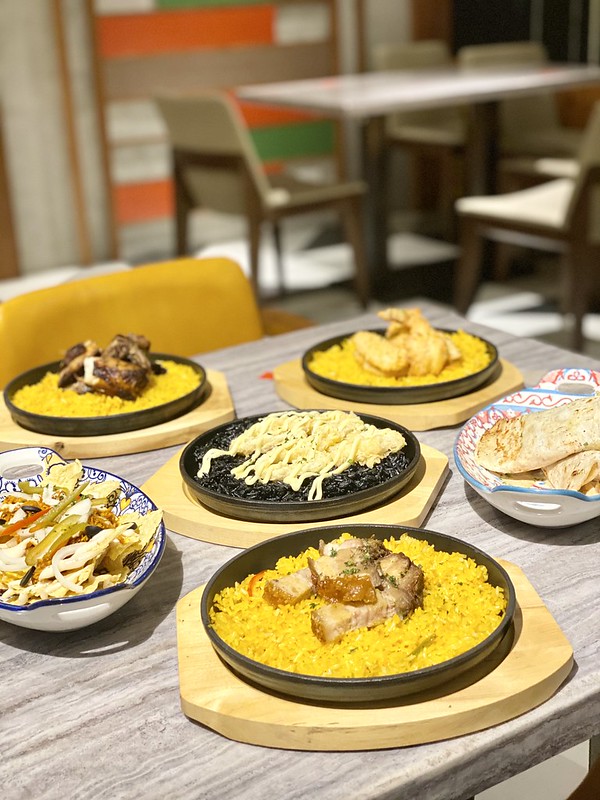 If you want to have your paella at home, you can order from Hola Paella via GrabFood, FoodPanda or Poodtrip.

Disclosure: I attended a food-tasting here together with fellow foodies. All food items mentioned here were served for us to sample the fare and elicit our honest feedback.

Check out my posts on other stalls at Eatogether Food Hall: