The last and final stop of our Zomato Tagaytay Food Crawl was held at Siglo Modern Filipino. Located along the Tagaytay – Calamba Road beside the Development Academy of the Philippines (DAP) and right across Picnic Grove, Siglo is the restaurant attached to the View Park Hotel Tagaytay.

Siglo (which translates to “century”) is so-named in honor of 100 years of evolution of Philippine food, from the Spanish and Latin influences brought by the colonizers, as well as flavors from China, America and Southeast Asia which found their way here via trade.

Siglo synthesizes a century’s worth of Filipino culture and cuisine from all over the country,  and supports the local economy by using ingredients sourced from local farmers.

It also seeks to preserve heirloom recipes – dishes that your great-grandmother might have cooked and using ingredients like adlai and siling labuyo that she might have used – while still innovating on the classic Filipino dishes through modern techniques and added creativity.

The restaurant is quite small (can seat at most 50 diners) but it has a lot of charm. Ethnic-inspired furniture and decor abound, and its advocacy for the appreciation of Filipino cuisine is apparent in the use of traditional materials and design.  When you sit down and wait for your order, you can amuse yourself in puzzles and trivia that feature Filipino food courtesy of the placemats used. 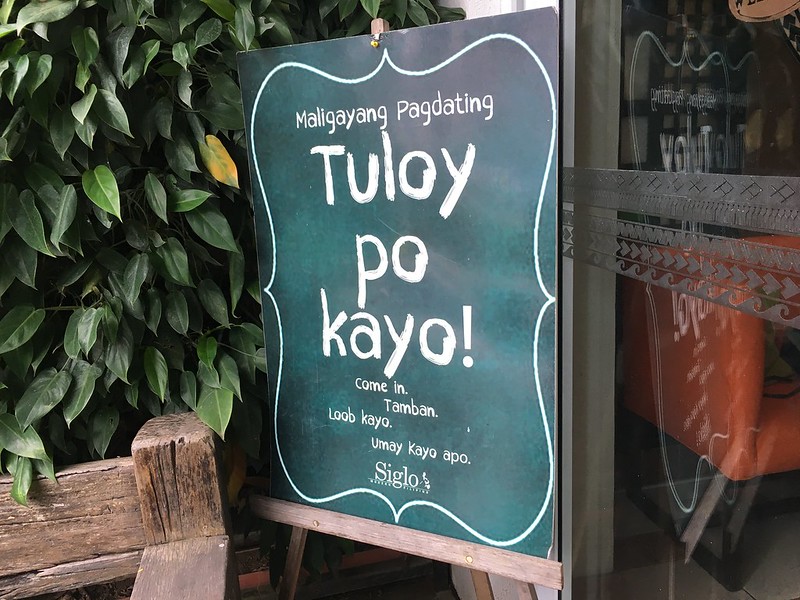 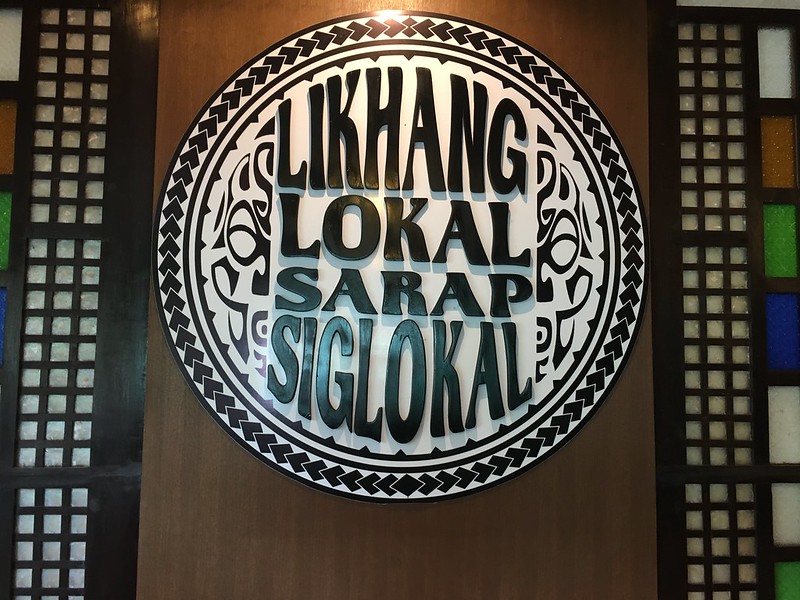 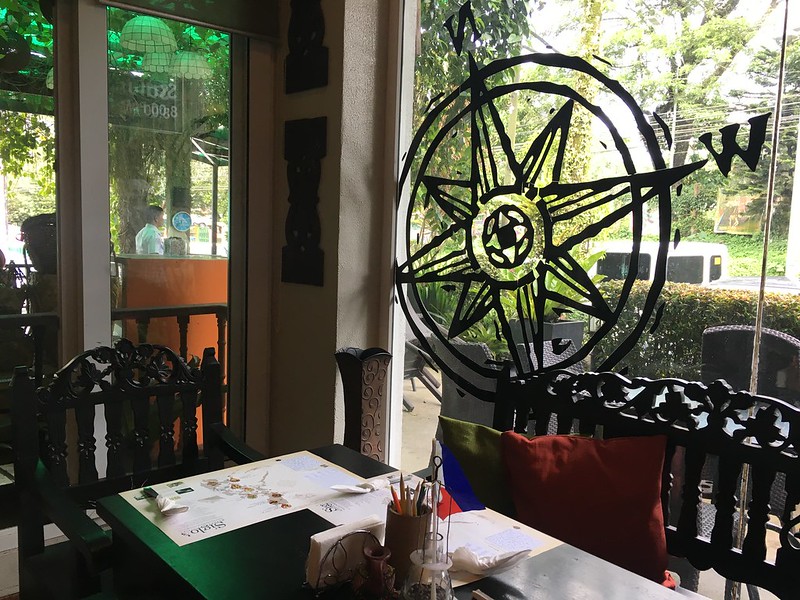 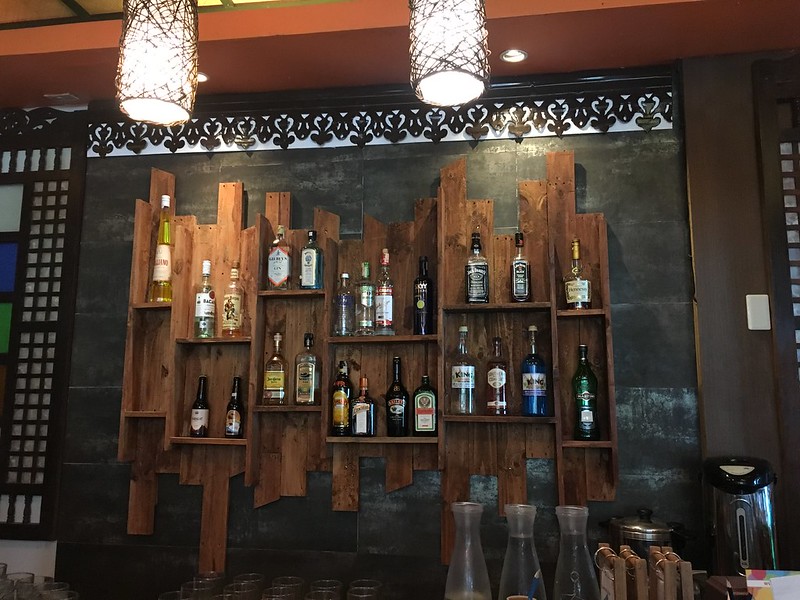 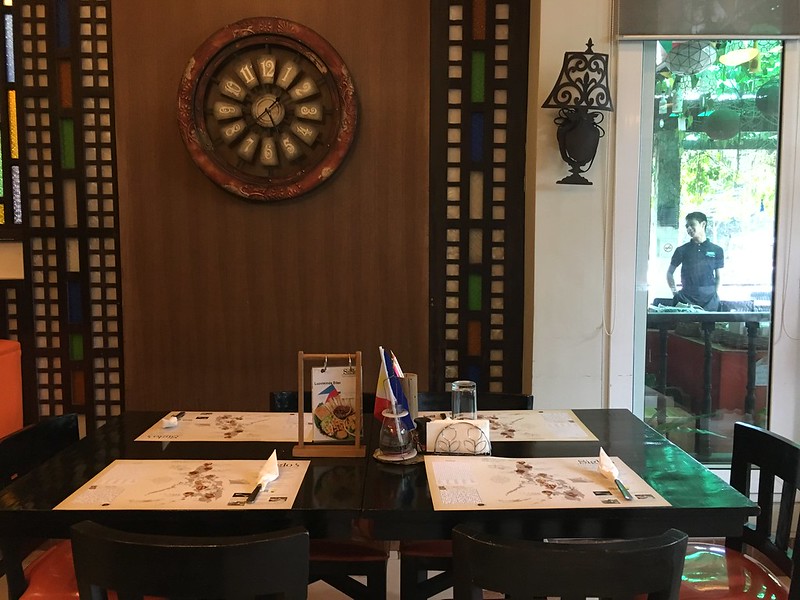 My fellow foodies and I were served the Blockbuster Bilaos, hefty servings of themed Pinoy delicacies with dishes representing different locales in the country.  These are best shared among a group of 4 to 6 people.  Bilaos are flat and round-shaped implement used in separating rice grains from other particles like chaff, dirt and small pebbles.  When I was young, the rice that was delivered to us had a lot of impurities so my yaya and I oftentimes had to pick the impurities from the rice (hence the term “nagpipili ng bigas“) that was laid in a bilao.

This bilao features native Tinola, classic Kare-Kare, Crispy Tawilis, Pancit Pusit and Siglo Salad.  These are all heirloom recipes of Filipino dishes collated by Siglo’s team during their travels.  For me, the standout among these dishes is the Pancit Pusit; it had the distinctive salty-sour garlicky taste of Adobong Pusit which I absolutely love.  I would have eaten more of this were I not afraid of going home with black teeth (it would have been worth it, though!)

This bilao boasts of timeless classics that barkadas (groups of friends) crave for when they’re hanging out such as Regular Bulalo (a staple in Tagaytay), Crispy Sisig, Calamares Frito, Himagsikan Wings (Siglo’s version of spicy buffalo wings in which the chicken pieces are glazed in shrimp paste and honey sriracha sauce) and gising-gising. 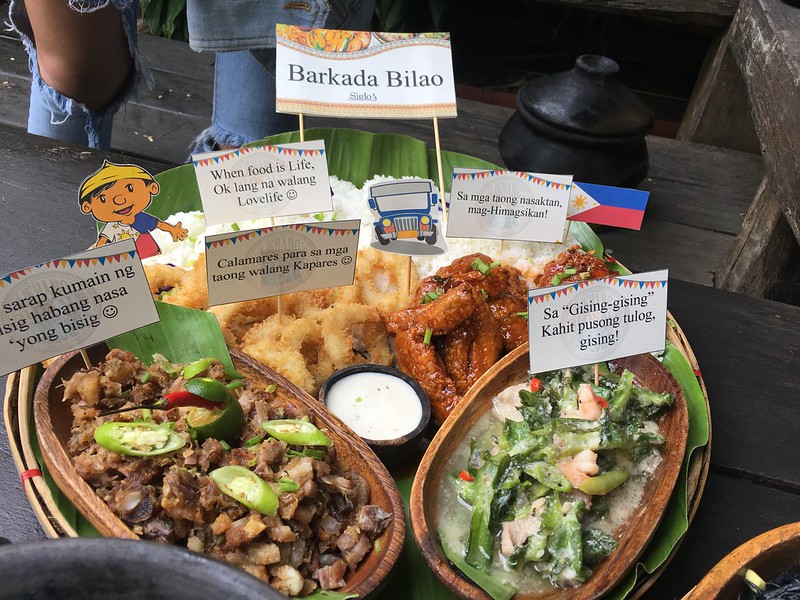 Named after the portmanteu of the Philippines’ three major island groups – Luzon, Visayas and Mindanao – this bilao features dishes representing bestsellers from north to south, serving as a quick culinary tour of the country.  It includes Bagnet Ilocos, Chicken Binakol, Seafood Kare-Kare, Lumpiang Shanghai and Ubod Salad.  The standout in this bilao is the bagnet with its savory tender meat and crispy crackling skin. 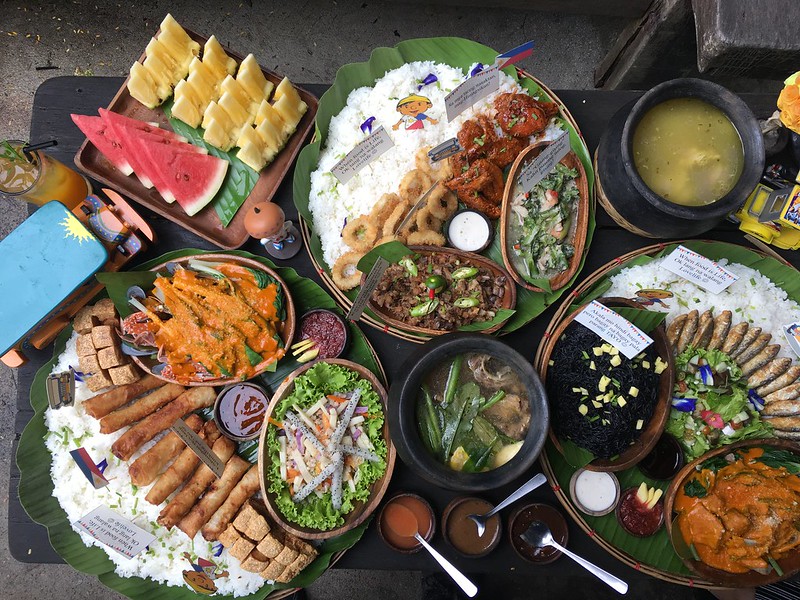 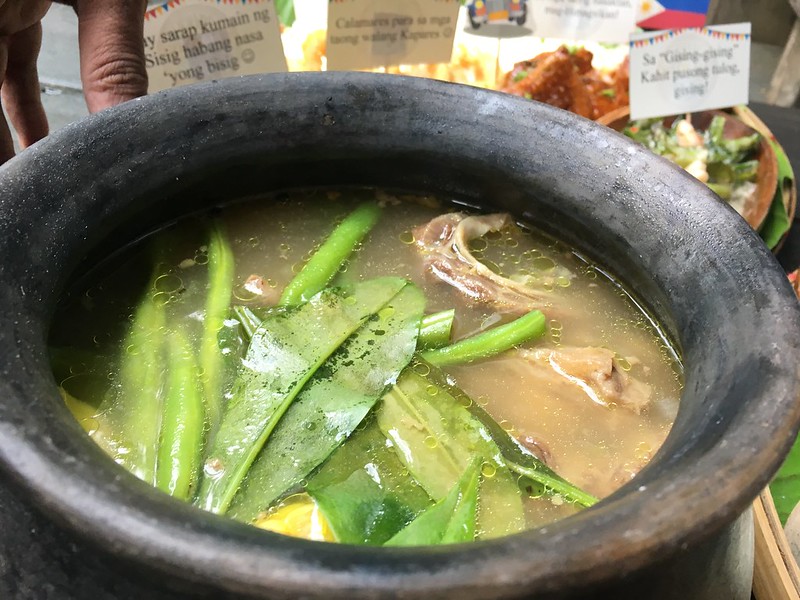 All the bilaos come with steamed rice and fresh fruits. 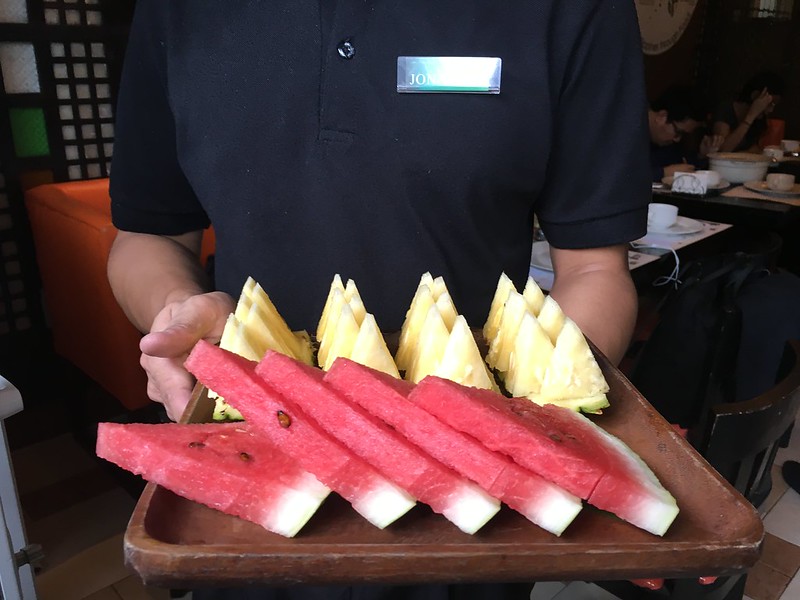 We washed down our food with a refreshing Pomelo Amaranth Juice which is not part of Siglo’s menu but is actually the welcome drink of View Park Hotel. 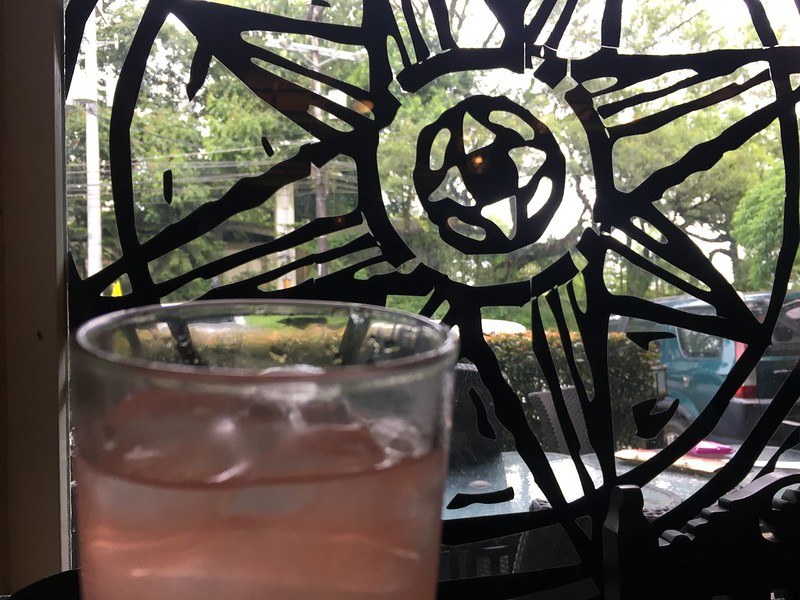 Siglo Modern Filipino is located at the Ground Floor of View Park Hotel, 3500 Tagaytay-Calamba Road, Sungay East, Tagaytay City. It is open Sundays to Fridays at 7am to 10pm and Saturdays from 7am to 12mn.