While on our family staycation at Novotel Manila Araneta Center, the family decided to venture out to the nearby Gateway Mall for dinner.

Our original choice turned out to be already permanently closed; so Hubby scoured the area and opted for Sumo Sam. 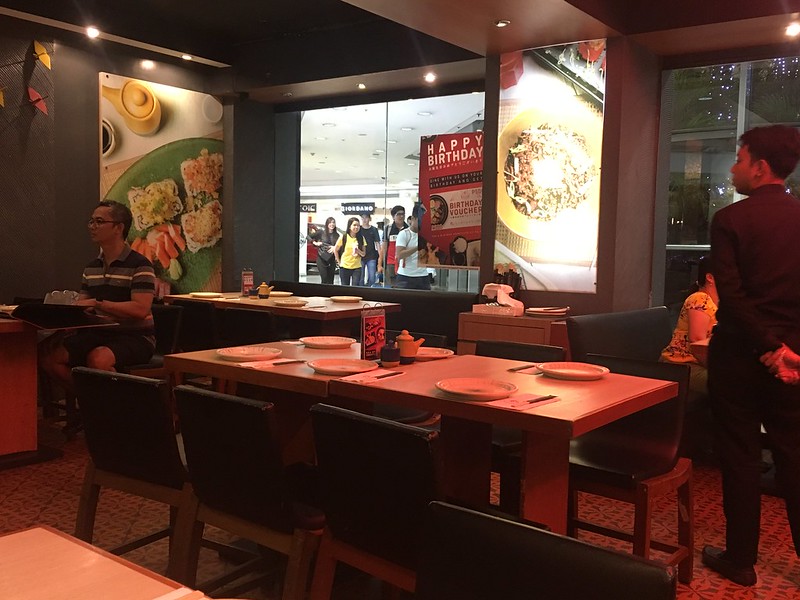 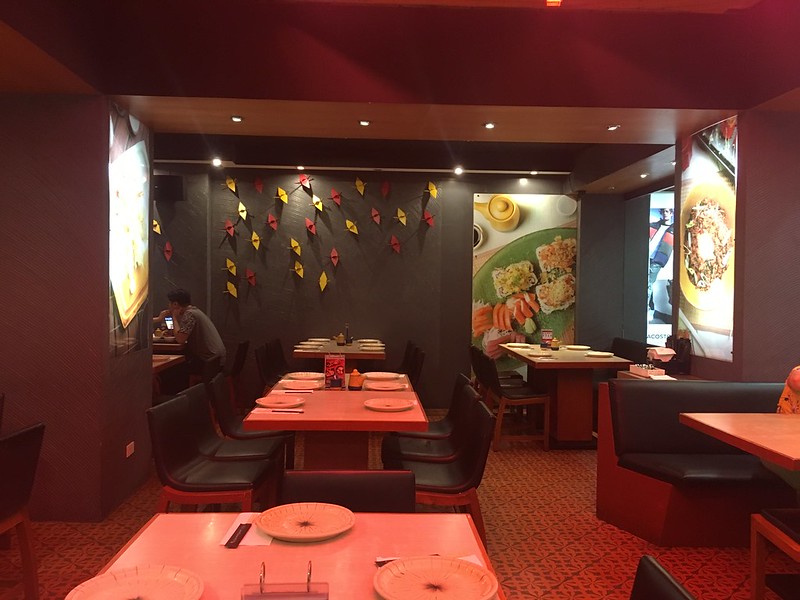 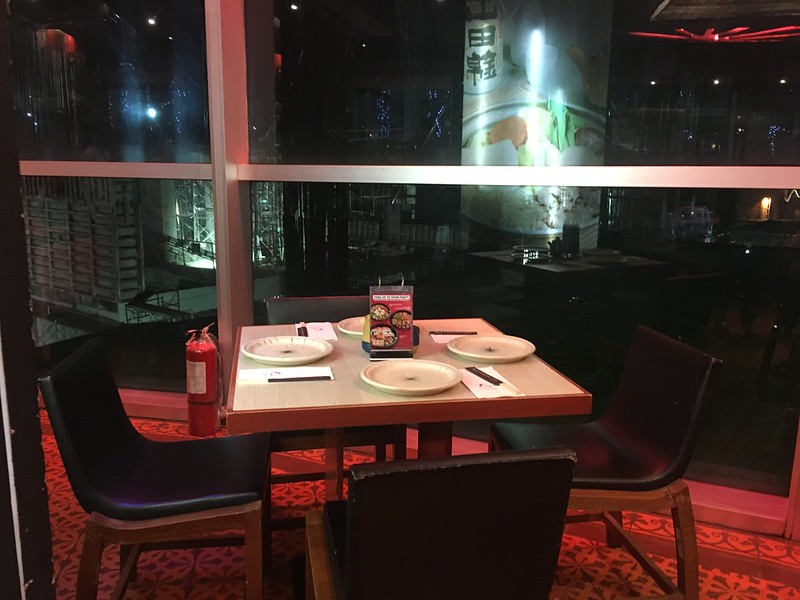 The restaurant’s menu states that its origins can be traced back to the fanciful story of Sumo Sam, a legendary fighter and lover of good Japanese food who was dropped by a flock of cranes at the foot of Mount Fuji and raised by local sumo wrestlers as their own.

Having grown in skill and renown (as well as in appetite), he met the beauteous Miyuki whose village was cursed by the evil lord Aiku. He volunteered to fight the evil lord that night of the full moon. Before his battle, Miyuki served him food he never tasted before, and he felt himself getting stronger.

That night, he battled for his life and his newfound love for Miyuki and emerged the victor.

The restaurant’s offerings allows its diners to relive the feast that Miyuki set before Sumo Sam which helped to strengthen him for battle.

For our dinner during our staycation, our feasted with fresh and filling Japanese food, prepared and served in Sumo Sam’s signature whimsical style, which include: 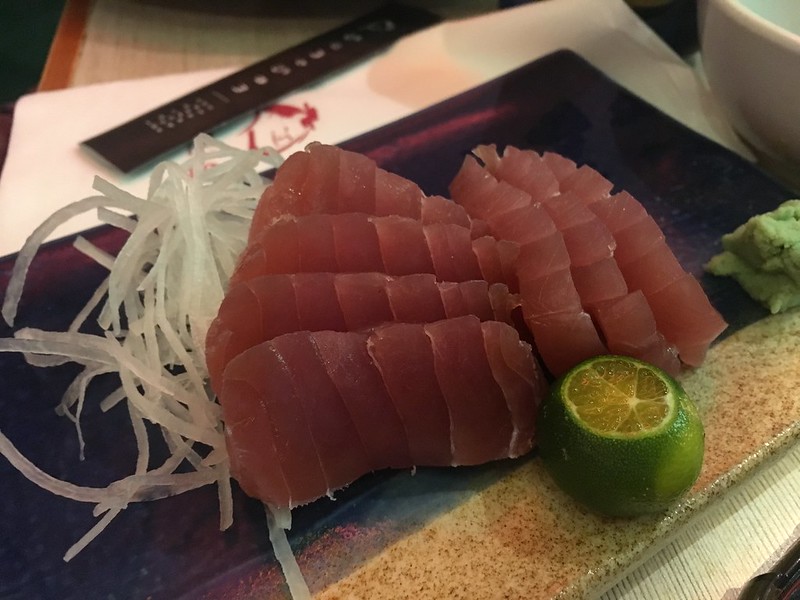 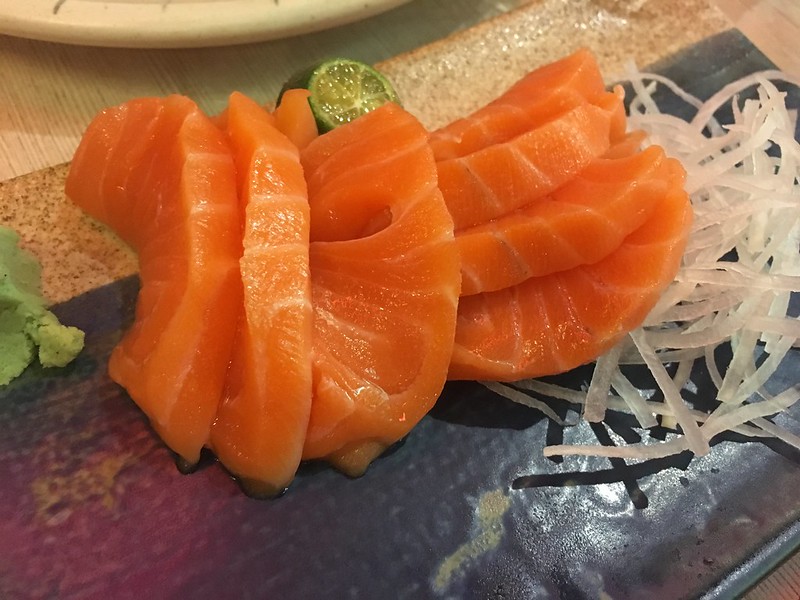 Dynamite Roll (Php288). A burst of flavor from the tuna and creamy spicy mayo amidst the usual vinegared rice. 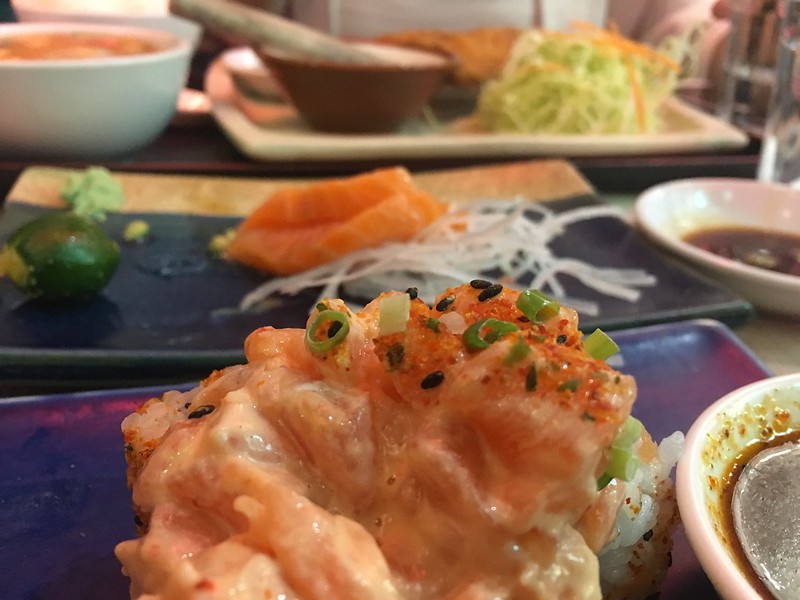 Tonkatsu Set (Php398). My kids’ staple: a sizeable cut of hire (pork tenderloin), battered and fried to a golden brown color and served with rice, shredded cabbage and soup. 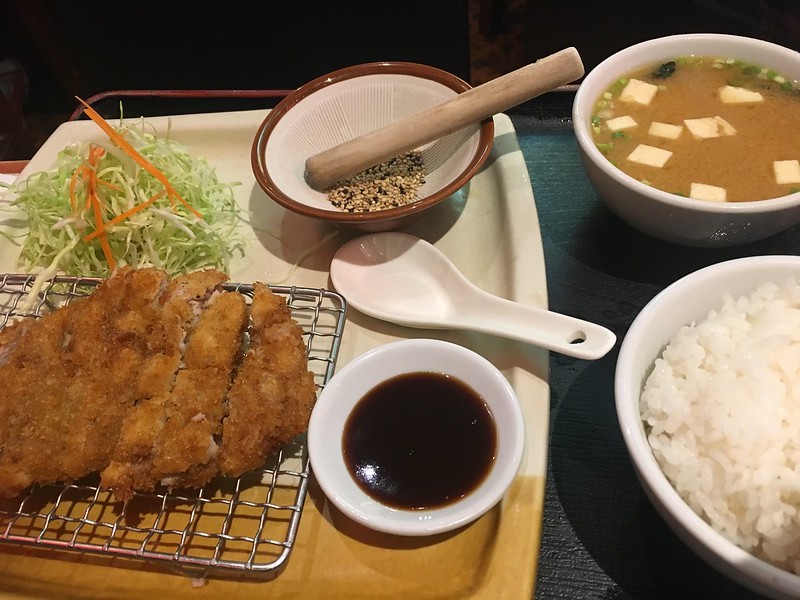 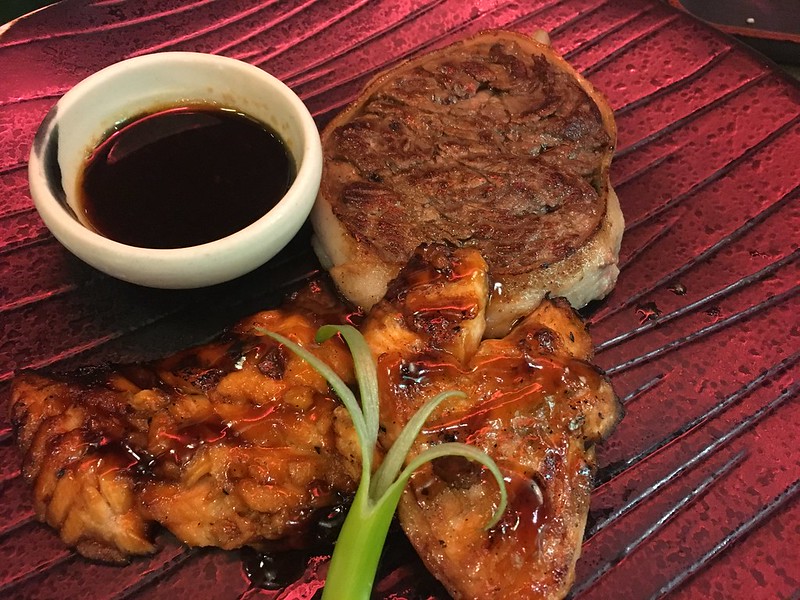 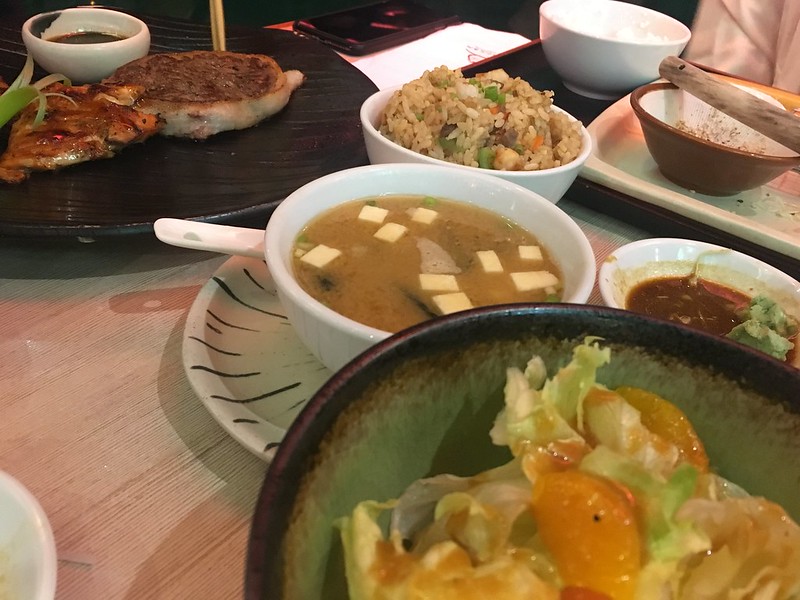 Chirashidon (Php399). I have developed a taste for this dish of sticky white rice topped with beautiful cuts of seafood; a tasty and filling alternative to my usual go-to meat dishes. 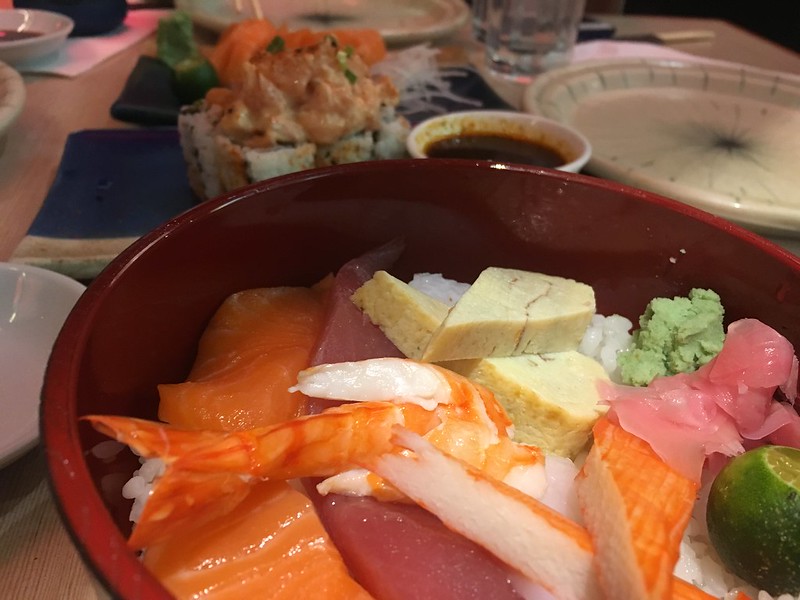 I found our Japanese family food feast here to be quite satisfying. Our orders were served promptly by the attentive servers and we were situated quite comfortably at our table amidst the brightly colored Asian and Western fusion decor of the restaurant.