For quite a while now, the Poblacion area has been reinventing itself from its previous incarnation as Makati’s red-light district and re-establishing itself as its foodie-friendly haven. Here, foodies can explore various options in food and drink spanning various cuisines and concepts.

If you were to pool some of those eateries together and concentrate them into one easily accessible place, you would have the Pob Stacion Food Park. Located at B. Valdez Street, Barangay Poblacion in Makati, a ten-minute walk from A Venue or Century City Mall, the newly opened multi-storey Pob Stacion houses a variety of concept food stalls that give the park’s visitors wondrous choices for their gastronomic adventure or to soothe their food cravings. 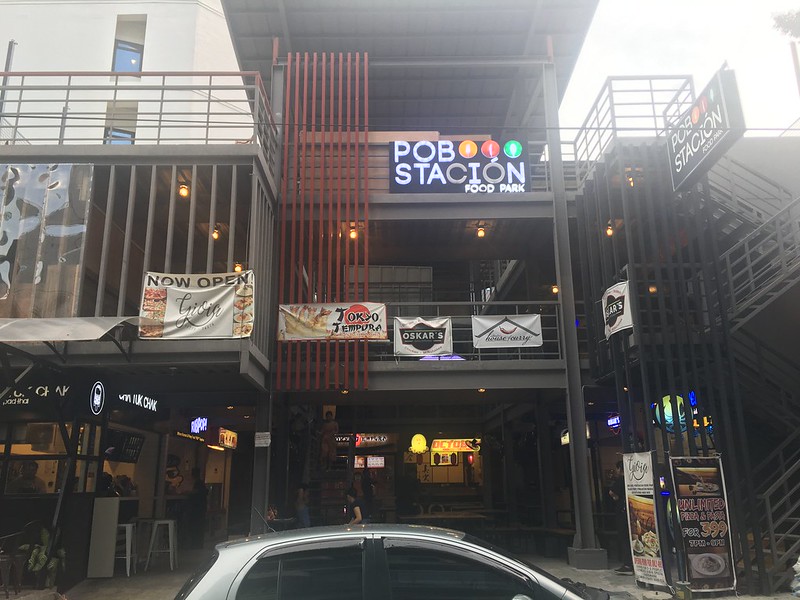 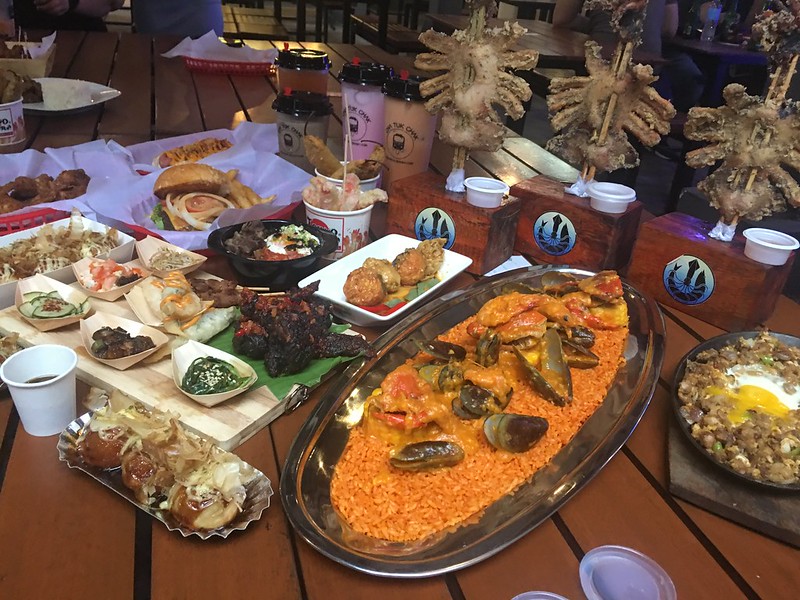 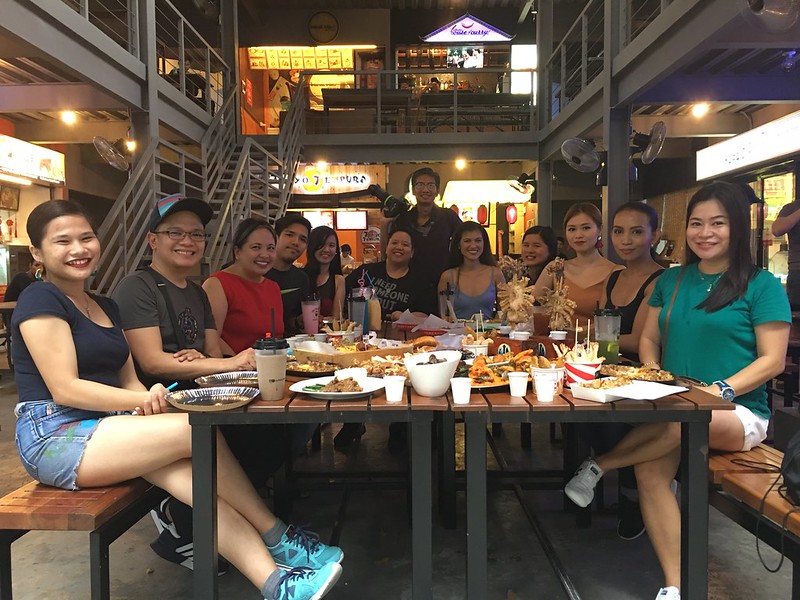 Recently, together with my fellow foodies, I had a taste of what Pob Stacion’s food outlets have to offer. Read on and check out my top picks.

If you’re feeling extra hungry or adventurous, add the Seafood Festival (Php380) to your order and bite into mouthwatering crab, shrimps, mussels and corn on a bed of Java rice doused with a buttery crab fat sauce, or the Spicy Squid Sisig (Php180) for a seafood take on the Pampanga delicacy. 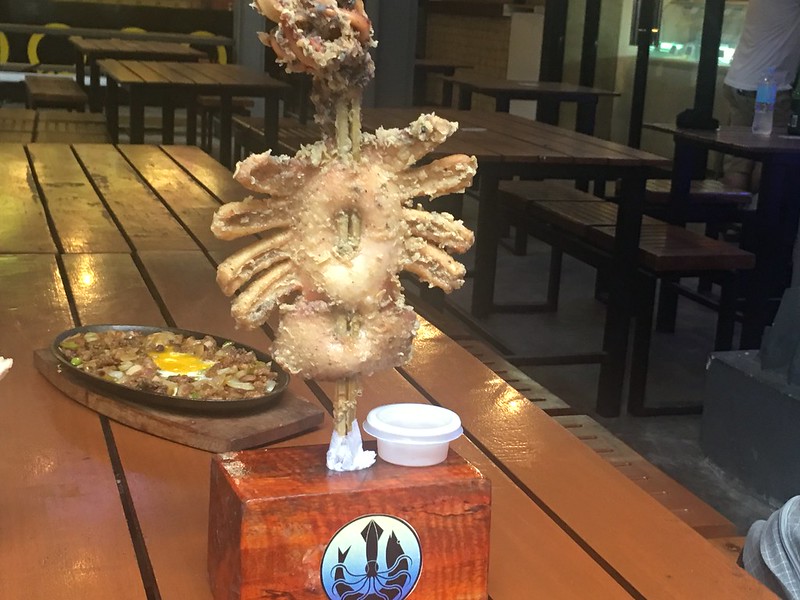 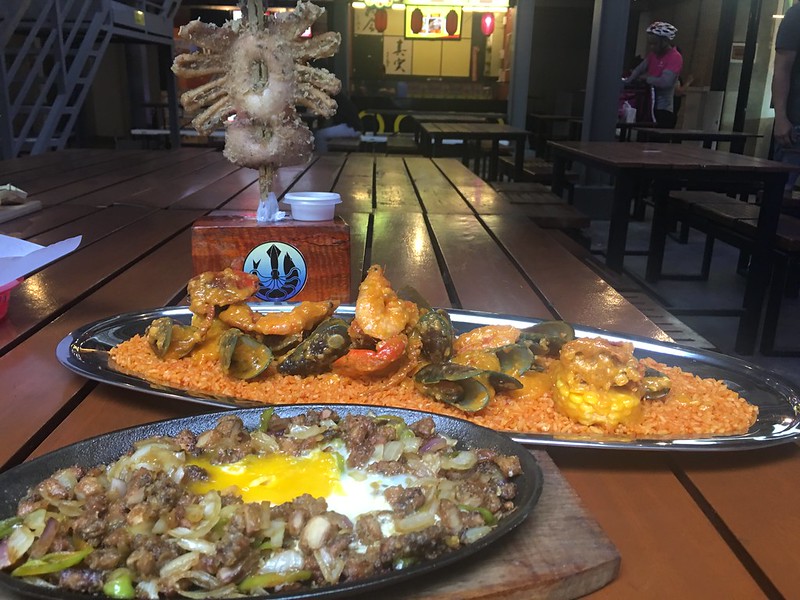 With the Korean food craze firmly entrenched in the Philippine culinary scene, it’s hardly surprising that the two cuisines would mesh together at some point. That point is here at Rib Pop where the best of the two cuisines is highlighted in its Ribpop Sampler (Php400) which consists of its signature dishes: Black Ink Chicken Wings – squid ink bettered fried chicken pieces with spicy tangy sauce, Ribpop Bowl – your choice of rice topped with beef short ribs, and an assortment of banchan – small plates of Korean appetizers. 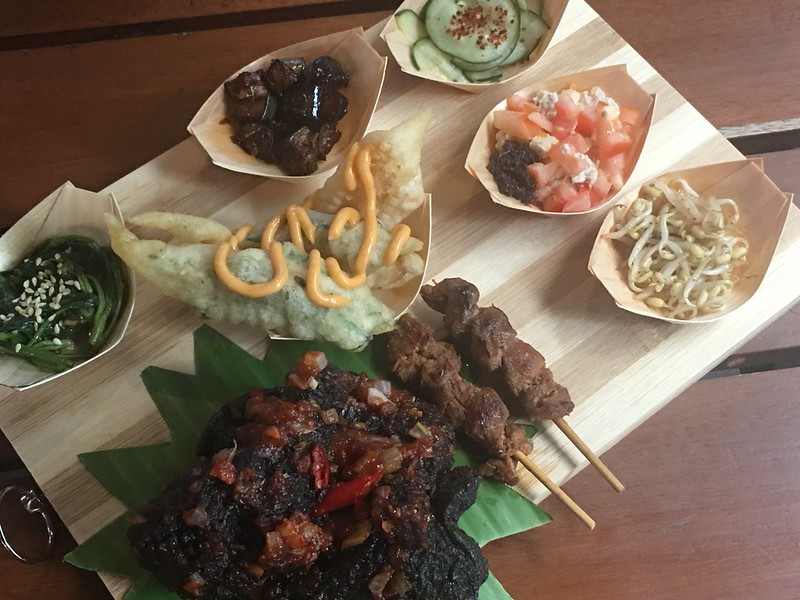 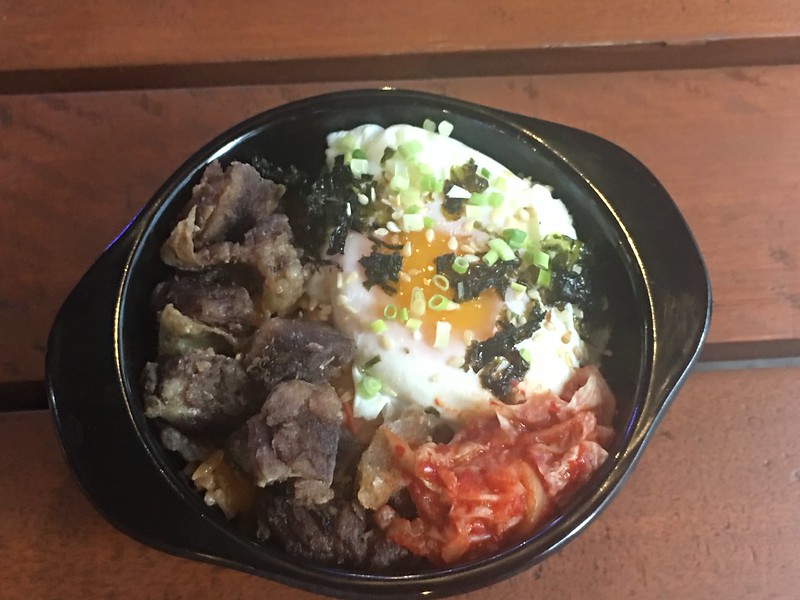 Who would have thought that Takoyaki (Php70 for 3 pcs | Php140 for 6 pcs), balls made of batter filled with chopped octopus meat, cooked in a specially shaped griddle and served with those wriggling Bonito flakes, would be such a hit with us Pinoys? If you’re on the lookout for something quick, cheap and yummy, Octoboy’s Takoyaki is your best bet. 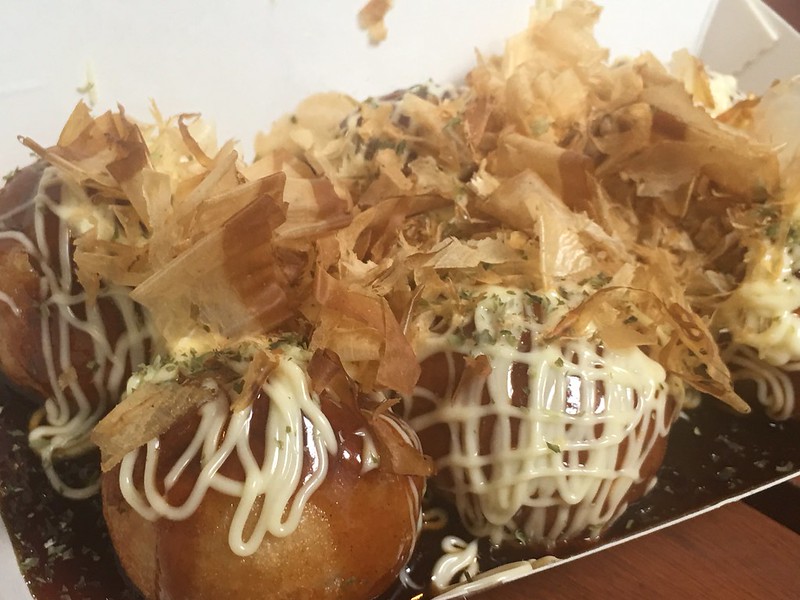 Did you know that tempura, the Japanese method of deep-frying battered seafood and vegetables, was influenced the Portuguese who were residing in Nagasaki in the 16th century? Today, tempura is a mainstay in practically all Japanese restaurants in the country and is even gaining some foothold in Pinoy eateries through localized versions.

Tokyo Tempura’s versions are quick, yummy, easy to enjoy when you’re having a case of the munchies, and with affordably priced options which include Imperial Tempura (Php150 for 12 pcs), Tempura Rice (Php80) and Kani Tempura (Php55 for 6 pcs).

Want some spicy kick to go with your tempura? Add the Chili Cheese Poppers (Php55 for 4 pcs) to your order and take some heat from those tempura battered cheese-filled jalapenos! 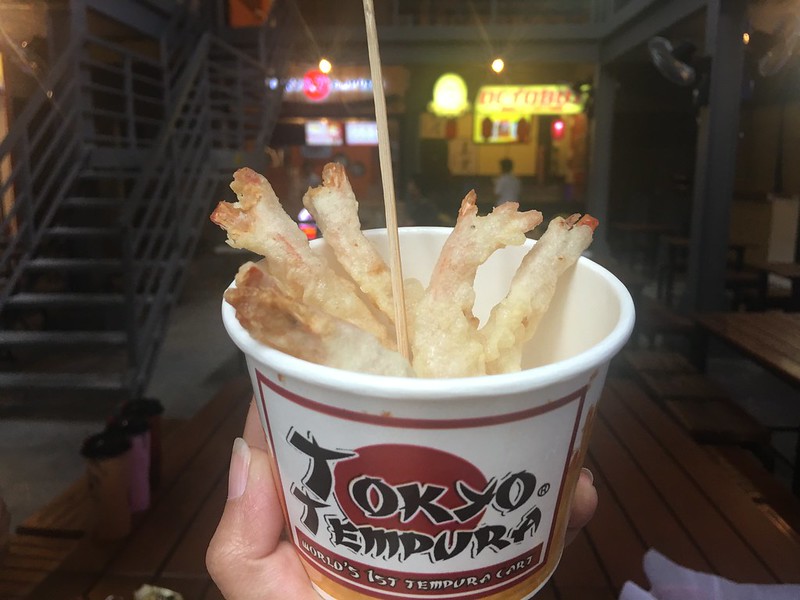 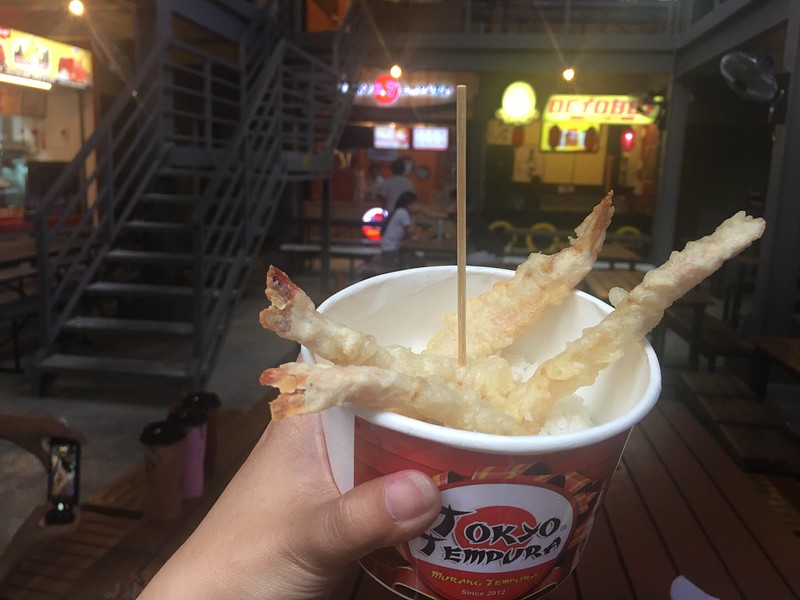 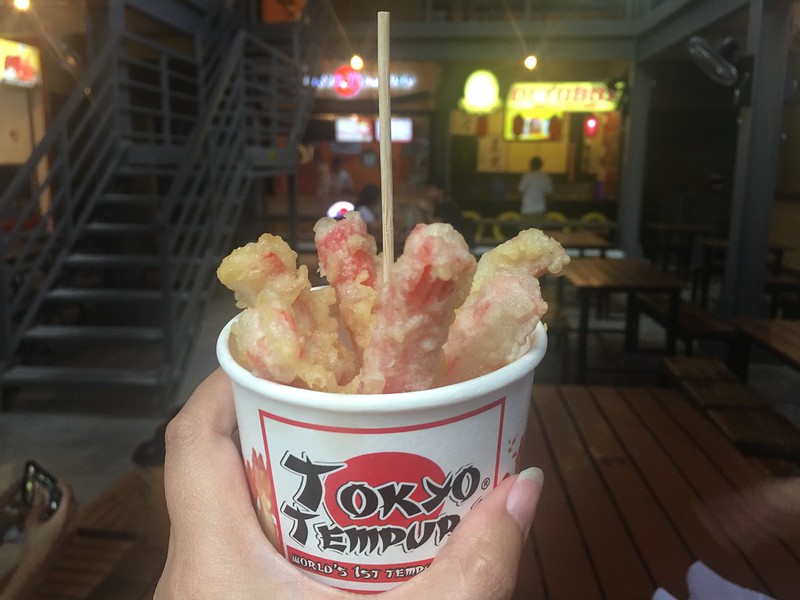 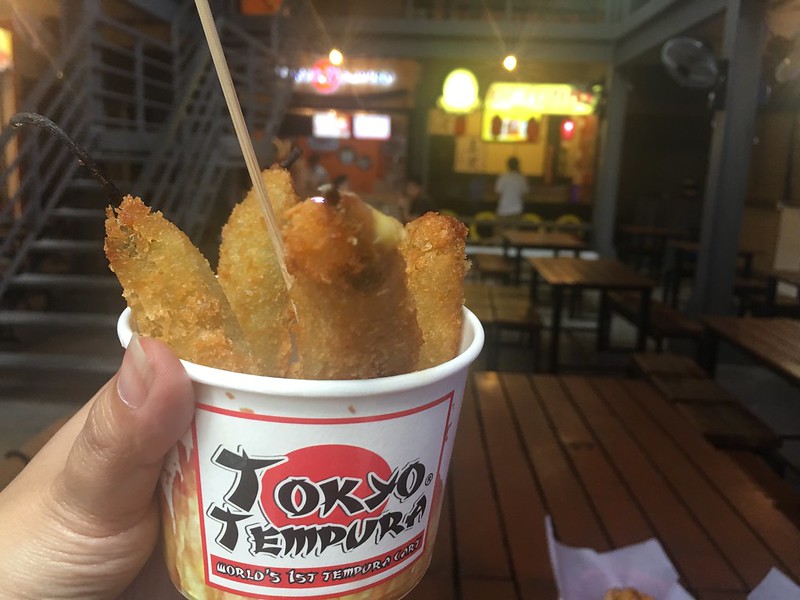 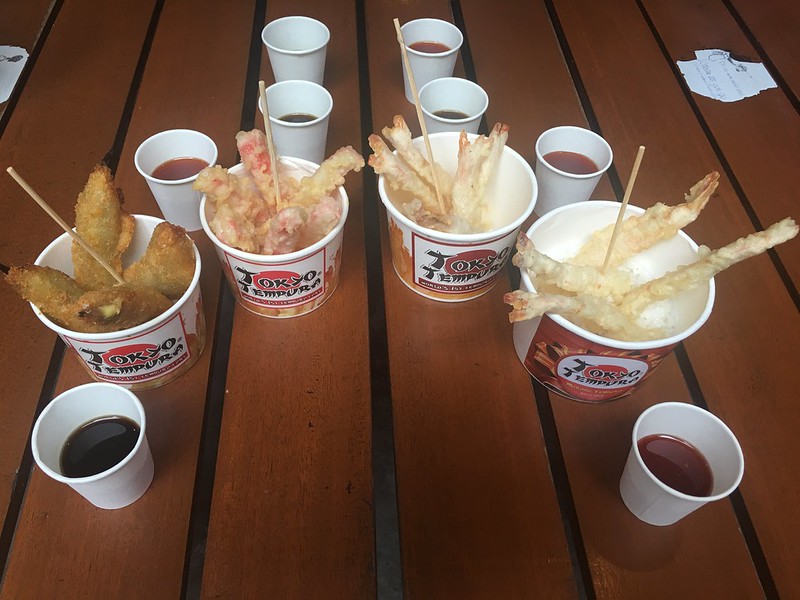 If you’re looking for an alternative to your usual fastfood burger, check out Oskar’s Soul Kitchen’s Cheeseburger (Php220) – a quarter pound of ground Wagyu beef patty sandwiched in an oatmeal bun together with cheddar cheese, lettuce, tomato, onion, pickles and the resto’s signature sauce.

Still have room for more? Add Angus Beef Hotdog (Php140), Fries Overload (Php160), or the Nachos Overload (Php150) to your order and eat to your heart’s content. 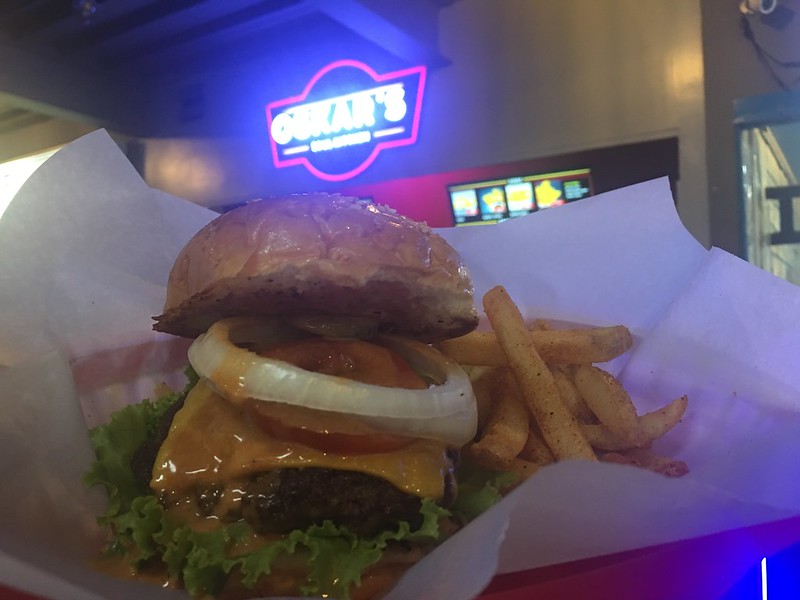 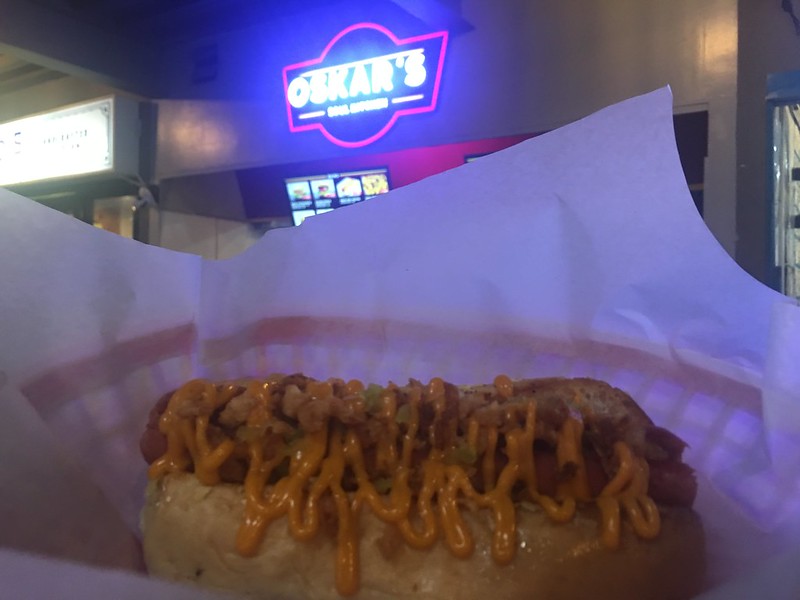 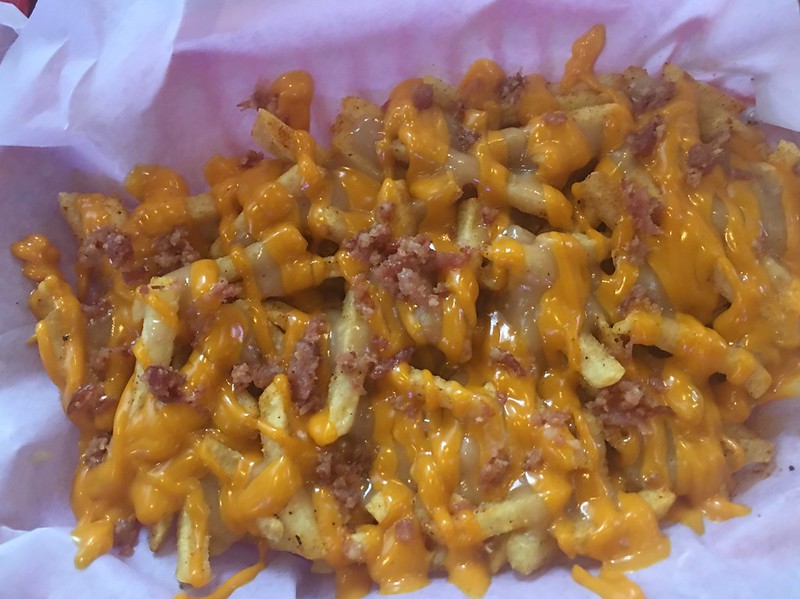 How about Wing’s Lab’s sinful take to your flavored chicken wings? Try its American Wings (Php699 with Nachos and Beef) which hits you with its Jack Daniels flavored sauce.

Want something to quench your thirst after those spicy wings? Take your pick from the resto’s refreshing and conveniently packaged Juices (Php60 – Blue Lemonade, Cucumber Lemonade and Melon with Milk). The best part is that you can easily take these handy juice packs with you all over the park and beyond. 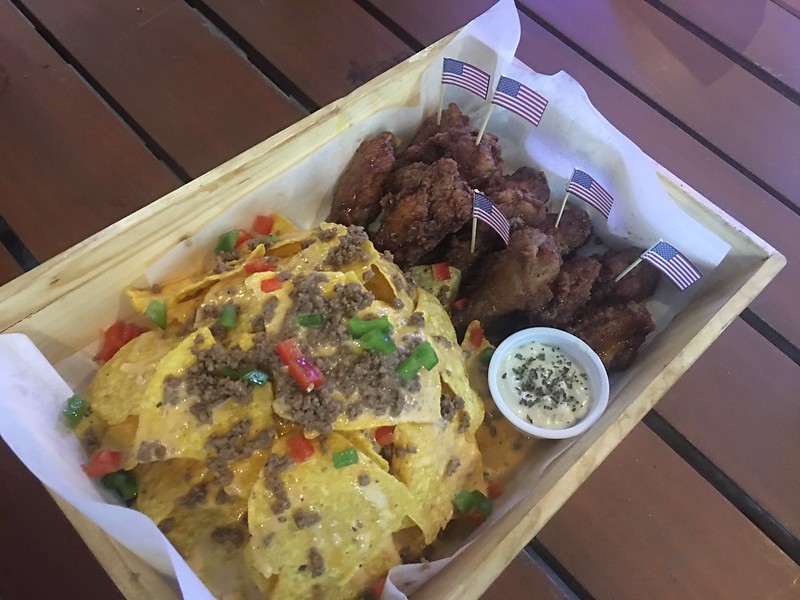 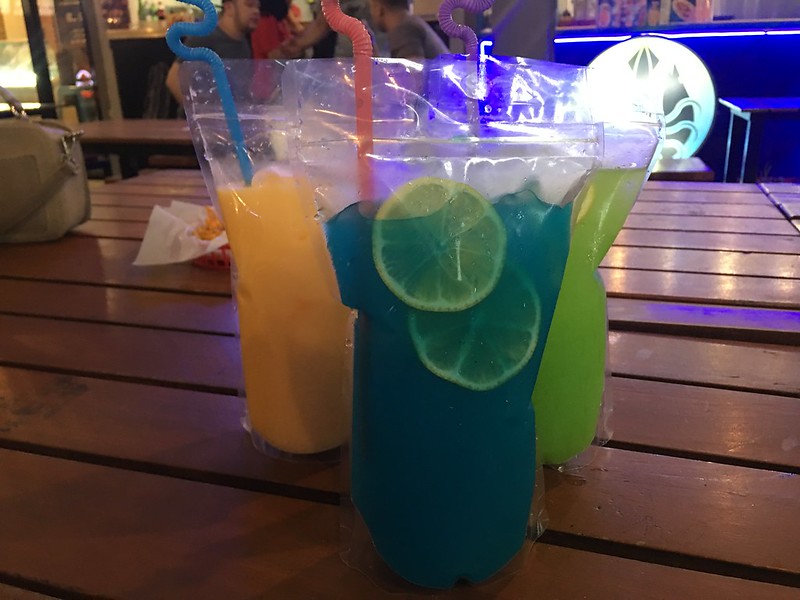 Get yourself a taste of the exotic with the Authentic House of Curry’s spicy Beef Rendang (Php240) and Lobster Scallop Balls (Php180). These dishes provide a nice South Asian flare to your food park fare. 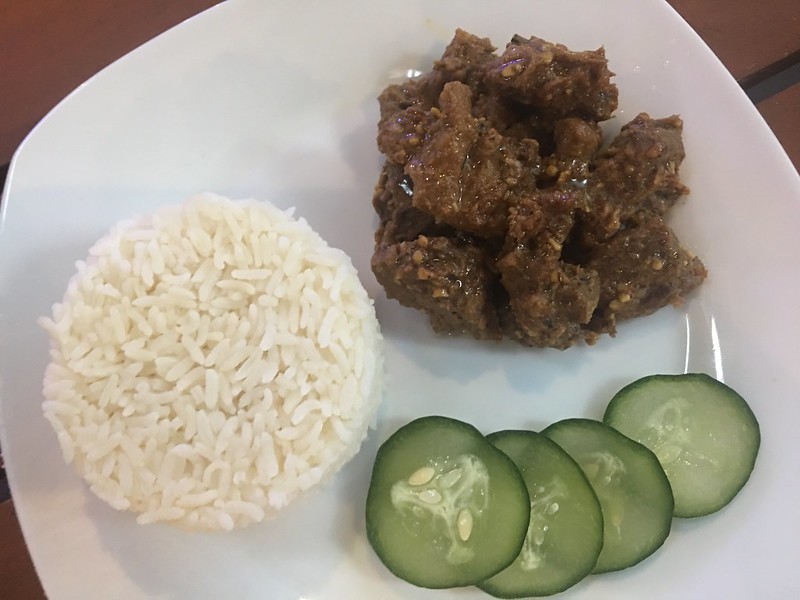 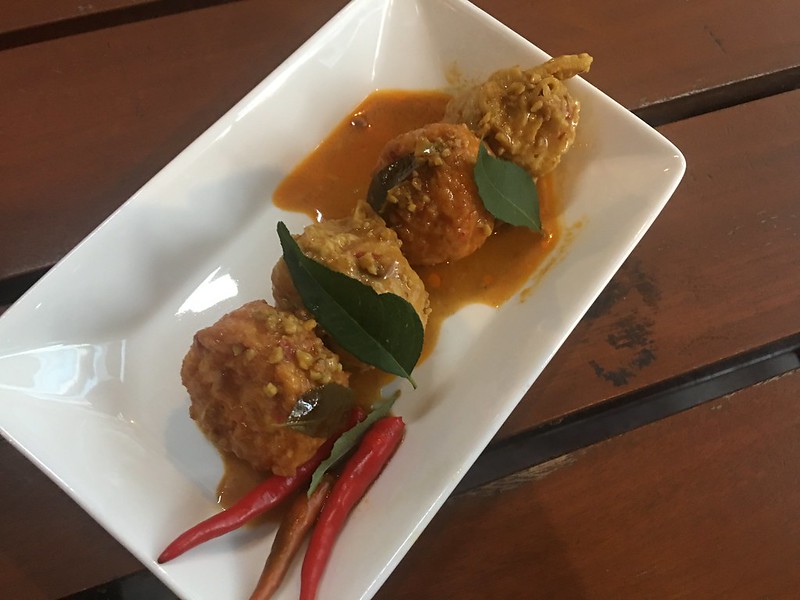 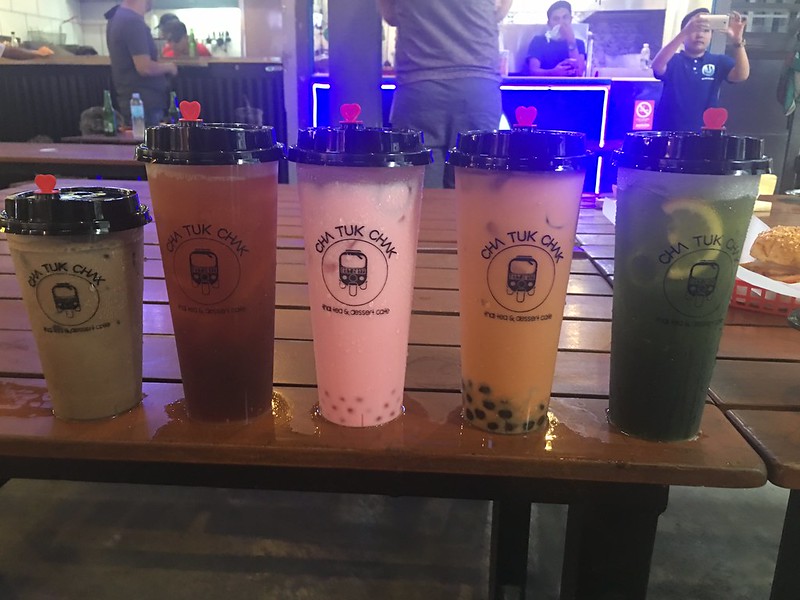 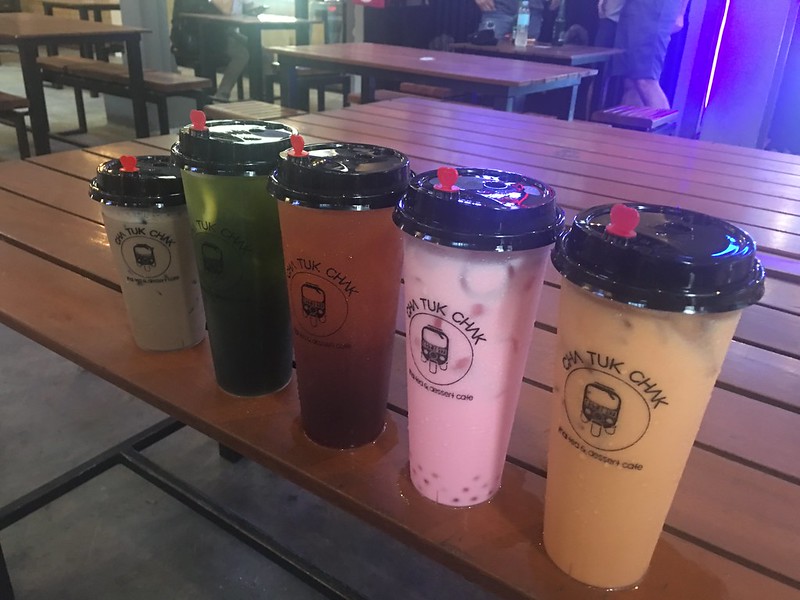 And who can forget about dessert? Papa Diddi’s Hand-crafted Ice Cream (Php75 for 1 scoop | Php110 for 2 scoops | Php145 for 3 scoops) come in such unusual yet localized flavors that pay tribute not just to our Pinoy heritage but also to the farmer communities that supply the brand’s all-natural ingredients. From the fruity Mango Pili, the cheesy Queso Blanco with kesong puti and Cheese Closed with cheddar, the chocolatey Chocolate Lovin and Tsokolate de Cagayan, the sinfully indulgent Tres Leches and the chocolate-meets-spicy Davao Meets Bicol, your dessert gives you a cool, culinary trip across the country. 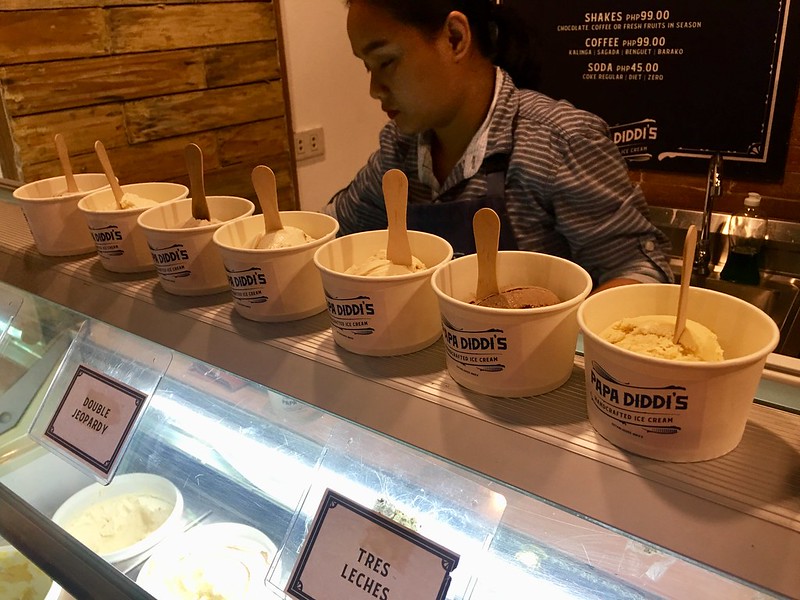 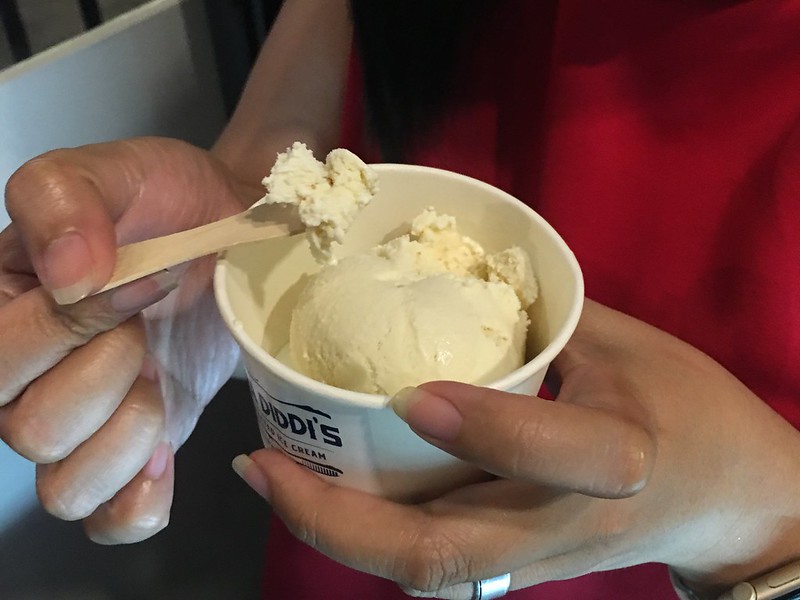 So if you’re a denizen of Poblacion, or on a night out with friends in the area, do add a stopover to Pob Stacion Food Park to your evening’s itinerary.

Many thanks to Raina of KonyoQueen.com for extending the invitation!

Disclosure: Together with other foodies, I was invited to attend a foodie meetup held in this food park. Food items mentioned here were served to allow us to sample the fare and were not paid for by the attendees, including myself.

Part of my job as a mom is to soothe my fam’s aches and pains. Thanks to these #TigerBalmPH herbal products that relieve pain and repel mosquitoes, my kiddos and I won’t be dragged down by the ouchies. We’re ready to #RoarBack with Tiger Balm.
In the mood for feel-good food? Head straight to @recoveryfood then!
I guess my fur-baby could sense that this package is especially for him!