Hmm… What to do with leftover Bulalo? Make a Bulalo Steak with it!

Anybody who knows me is aware that almost nothing gets my hackles up than wasting food.

That’s why when Hubby (again!) flexed his culinary muscles to bring about some steaming-hot Bulalo for our family’s lunch and had a lot of leftovers – whick included meat, potatoes and broth – I just had to find a way to finish off all that food within the day. 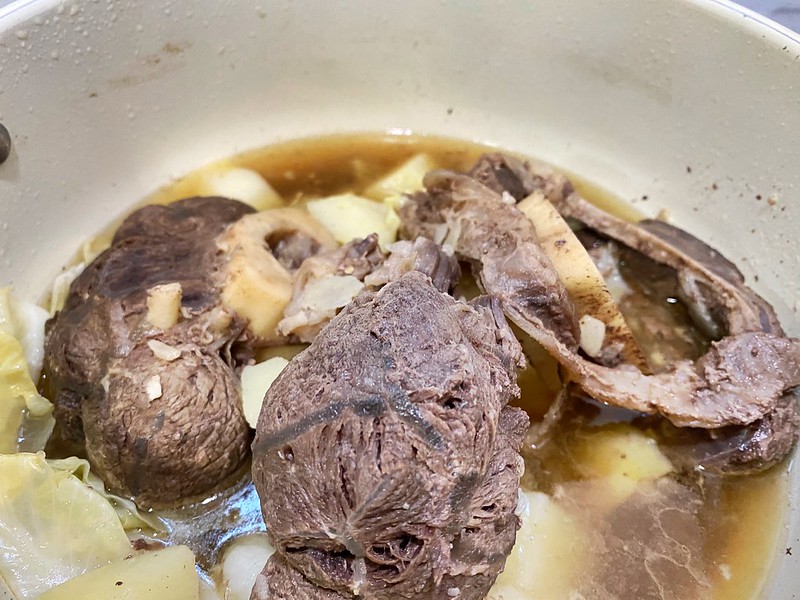 (Note, though, that the leftovers resulted from his overestimation on the fam’s capacity to devour two kilograms of meaty beef shanks, despite how yummy the resulting dish was. ) 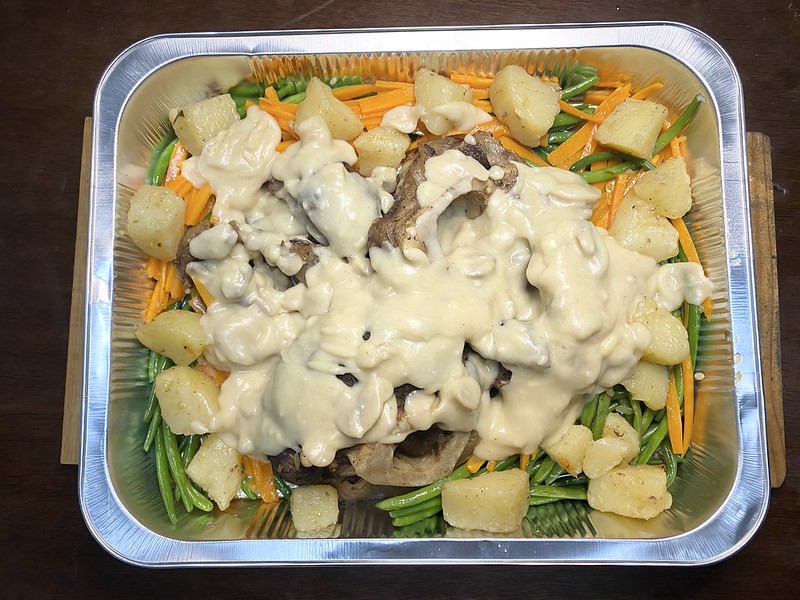 Well, thanks to the leftovers, the Bulalo Steak for the fam’s dinner was quite easy to whip up using ingredients which were already on-hand. 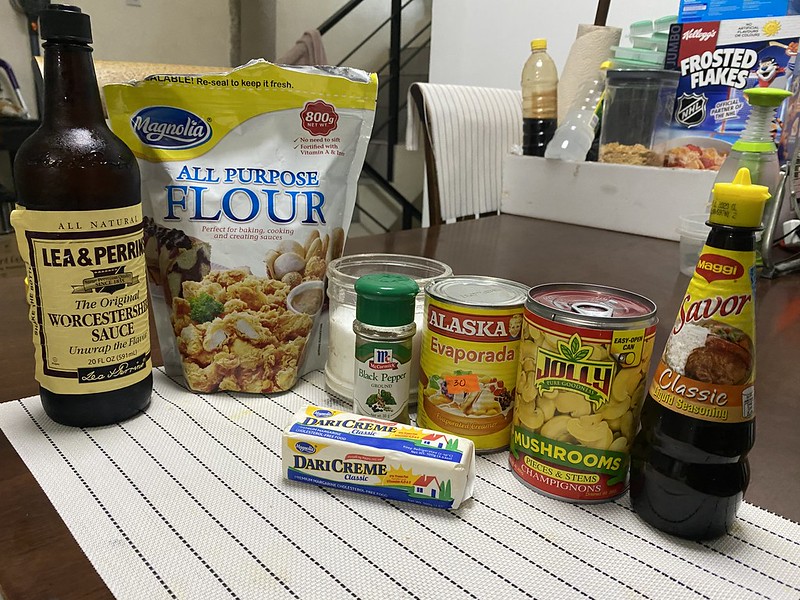 Re-heat the cooked beef shanks by placing them in a baking dish and into a 200 dec C oven for twenty minutes. 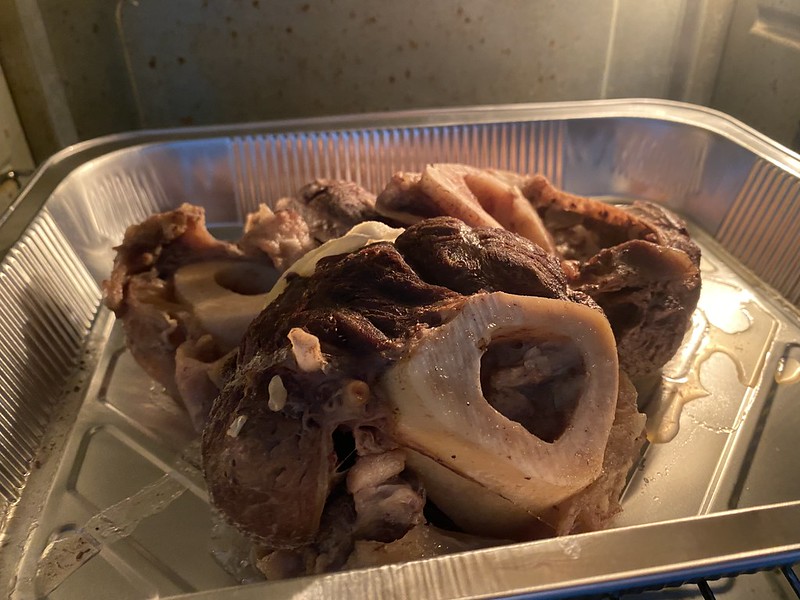 In a saucepan over low heat, melt four tablespoons butter, then add the flour, mixing to form a paste. Add in the milk and broth, mixing to avoid lumps until it thickens to your desired consistency, then add in the mushrooms. Add more beef broth little by little if you want to thin it down. 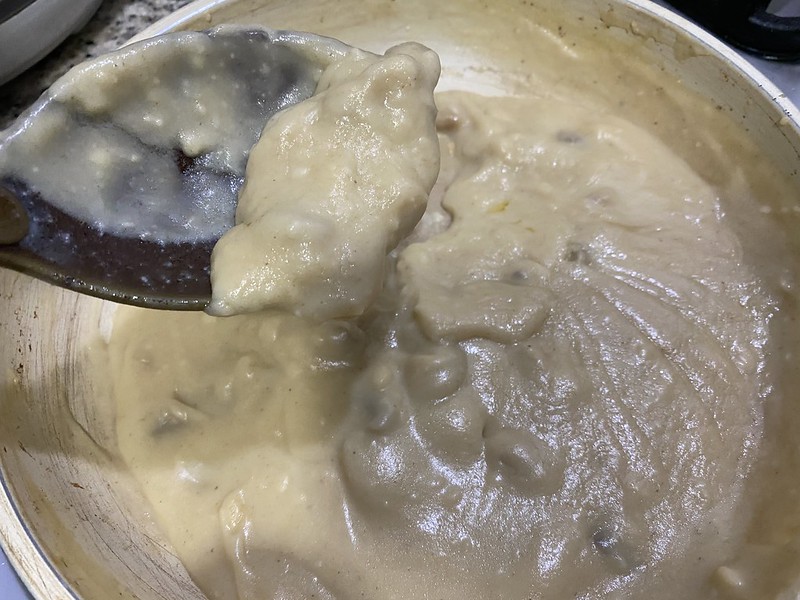 Parboil the French beans and the carrot strips before sauteing them along with the boiled potatoes in two tablespoons butter. After sauteing, arrange them in the baking dish with the reheated beef shanks. 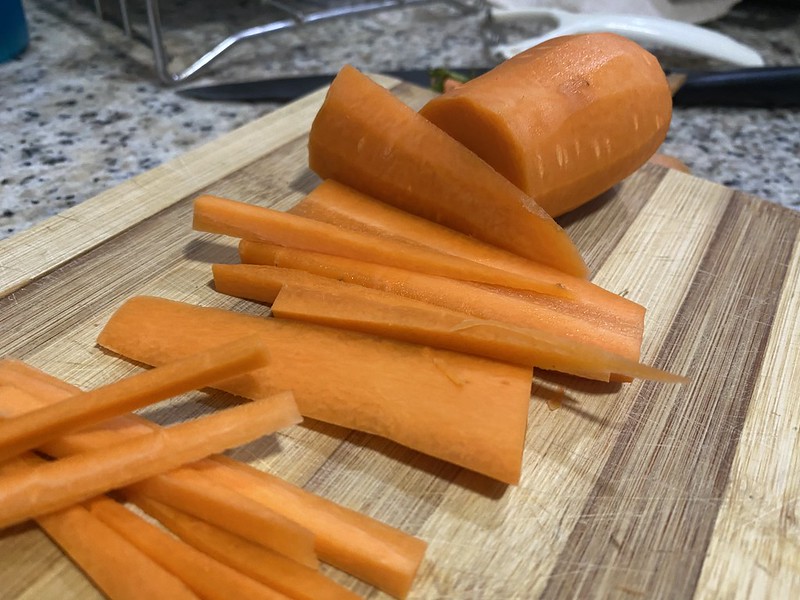 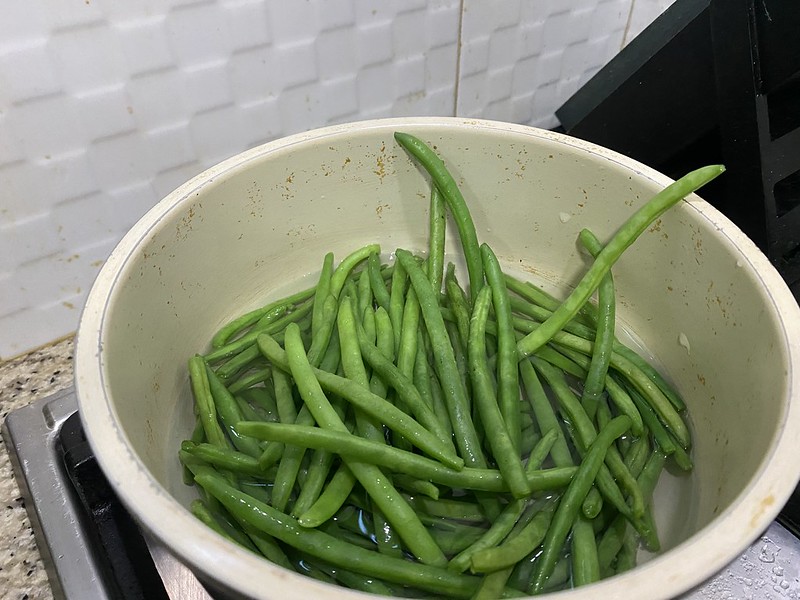 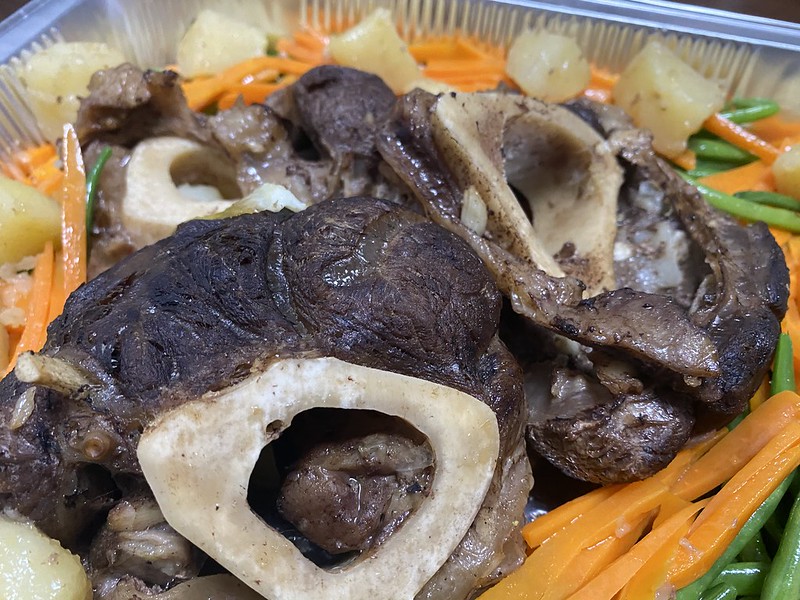 Pour the sauce over the beef shanks and buttered vegetables. Serve immediately. It is best enjoyed with lots of steamed rice.

This recipe serves five, with 530 calories per serving. 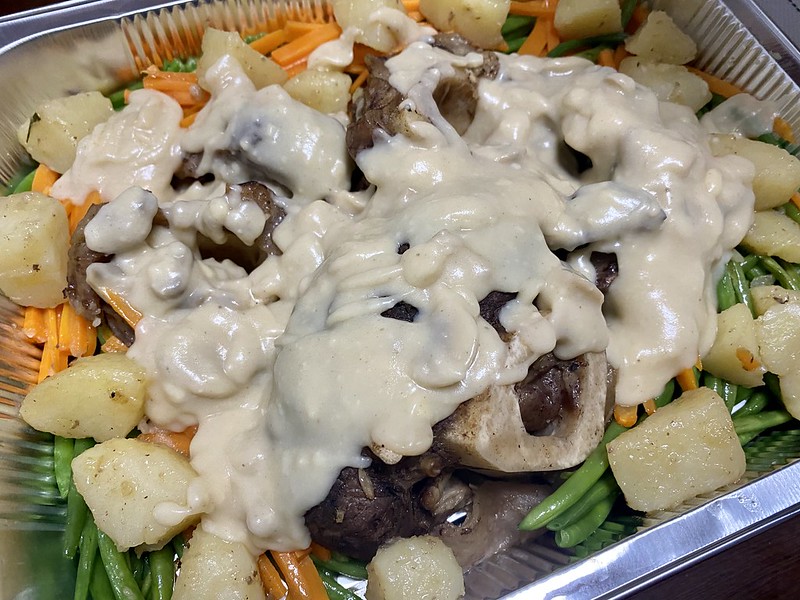 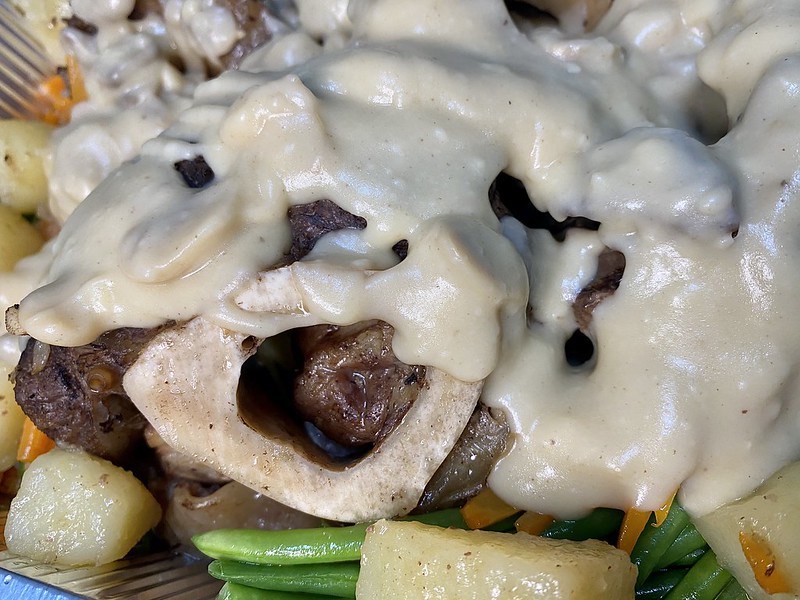 If you want to make this dish but don’t have leftover Bulalo, you can boil up to 2 kilos of beef shanks (with enough water to fully over the meat) in a large pot for up to 2 hours or until tender. Or you can cook them in a pressure cooker for up to an hour. Be sure to save the resulting broth.

Also, if you happen to have a sizzling plate, you can make this dish a Sizzling Bulalo Steak. Arrange the cooked solid ingredients on a heated sizzling plate then pour the sauce over them until it sizzles.

Looking for other easy-to-cook dishes to try out while in quarantine? Check out my other recipes: