Just when I thought that froyo is already old news, here comes BLK 513 with something that makes it more than the usual.  BLK 513’s dark skim frozen yogurt is defined by two key ingredients: Greek yogurt and activated charcoal.

Greek yogurt is known to be thicker and creamier, contain half the carbohydrates but more protein than regular yogurt.  It also provides 20% of one’s daily calcium requirement.  It has a distinctly tangier and less sweet taste than regular yogurt as well.

Activated charcoal, on the other hand, is world’s oldest and most trusted detoxifying agent.  It promotes healthy digestion and cleansing, reduces high cholesterol and contains anti-aging properties.

So basically, when treating yourself to BLK 513’s dark skim froyo, you’re also giving yourself a health boost.

Together with other foodies, I was invited to attend the grand opening of BLK 513’s newest branch in Glorietta 1. 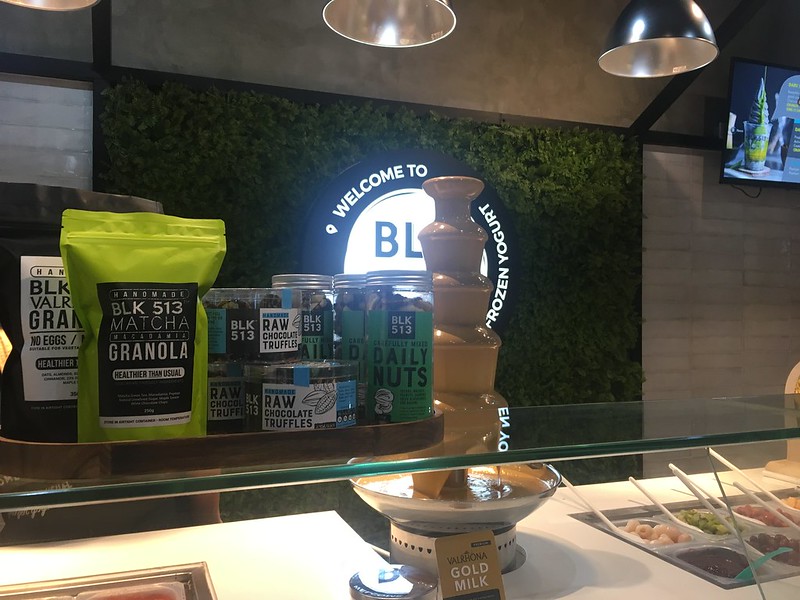 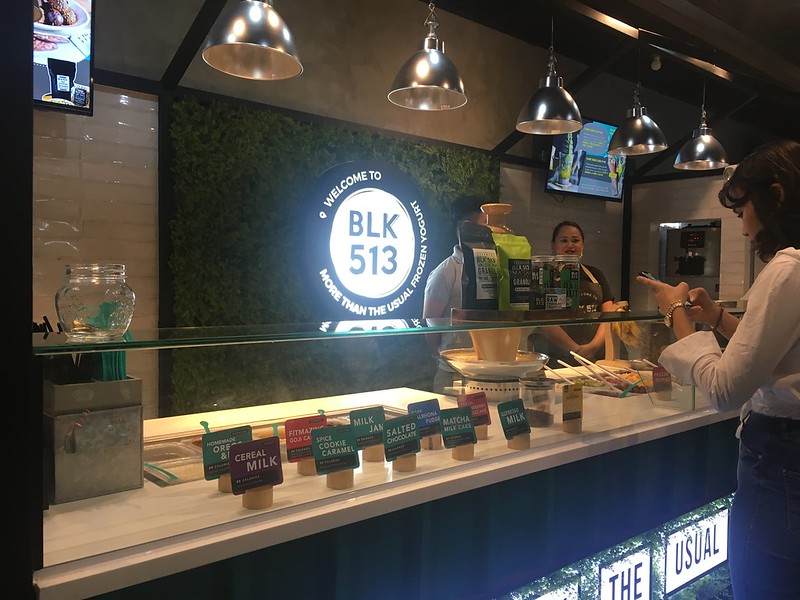 Here, you have the option to have your froyo to-go or to enjoy it at leisure in the store’s seating area.  It even has interesting modern decor that can serve as backdrops for your froyo foodie shots. 🙂 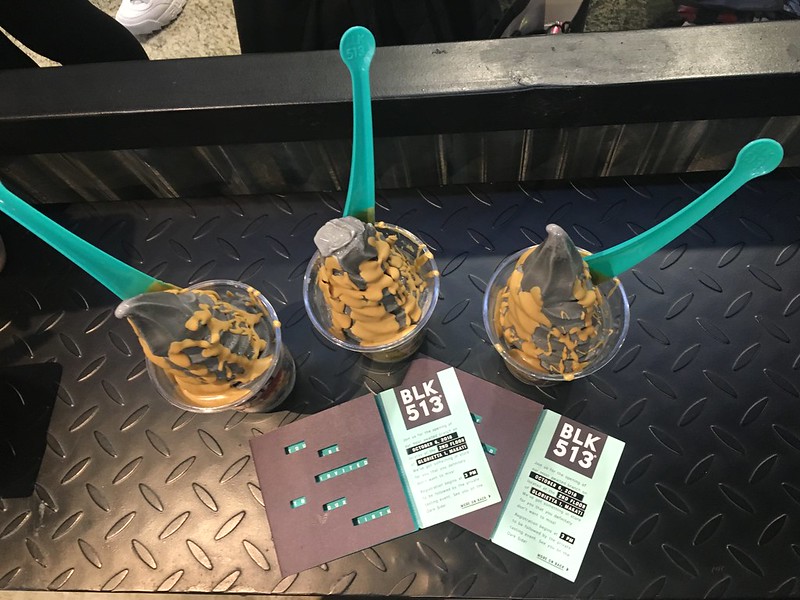 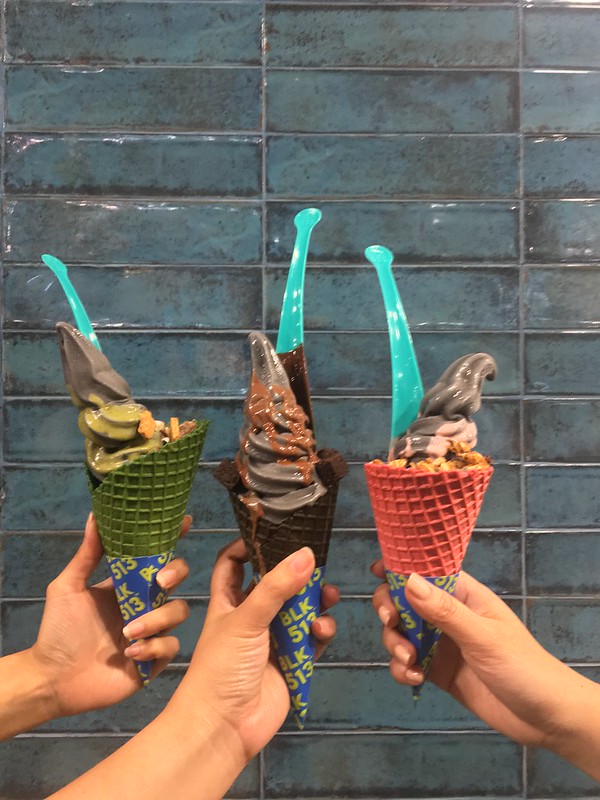 During the event, I sampled BLK 513’s Dark Skim Cup (Php189) with butter bars, mangoes and peaches, and its decadent new sauce: Gold Milk.  Made from Valrhona Blond Chocolate, it has a rich buttery caramel flavor. It hardened over the frozen yogurt and cracks when bitten into, giving the dessert a nice blend of textures from the hardened sauce, the succulent fruit bits, the fudgy butter bars and the creamy froyo. 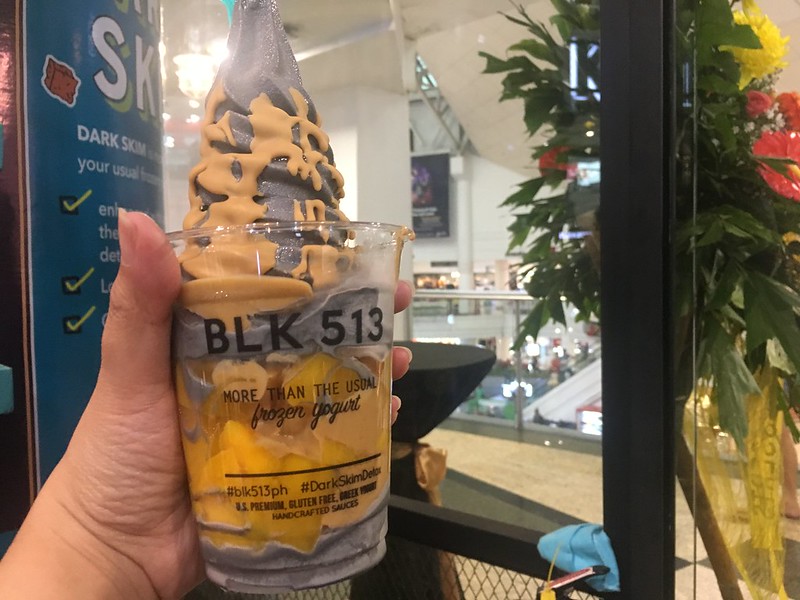 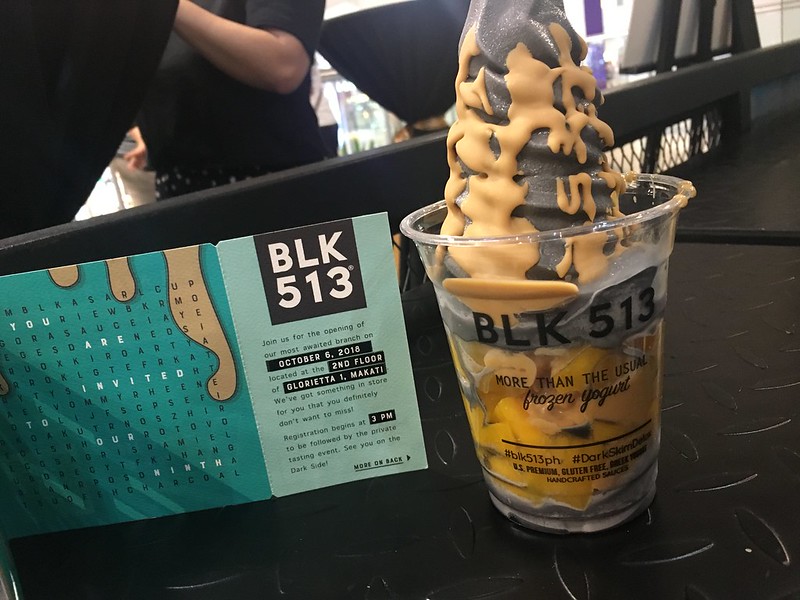 I was accompanied by my daughter #Exhibit A who got herself a dark skim froyo in a cup with brownie bits, strawberries and mangoes, and also drizzled with Gold Milk. 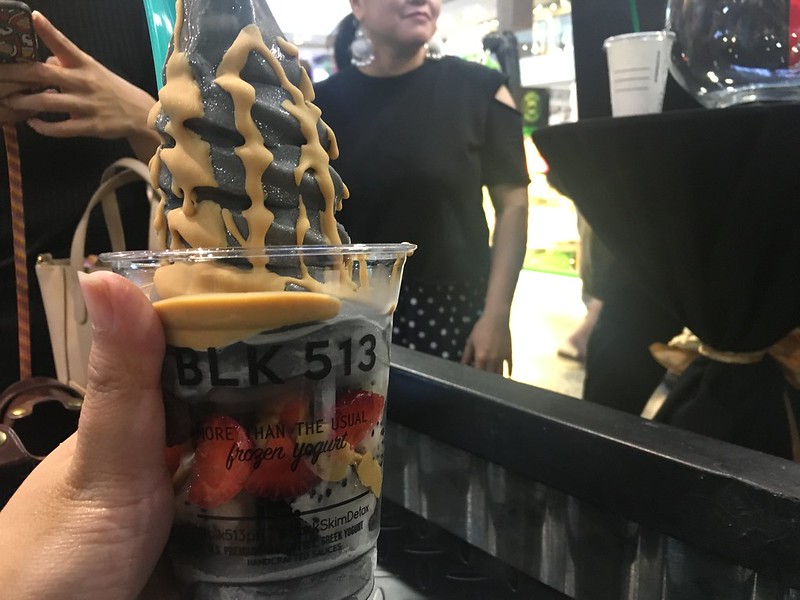 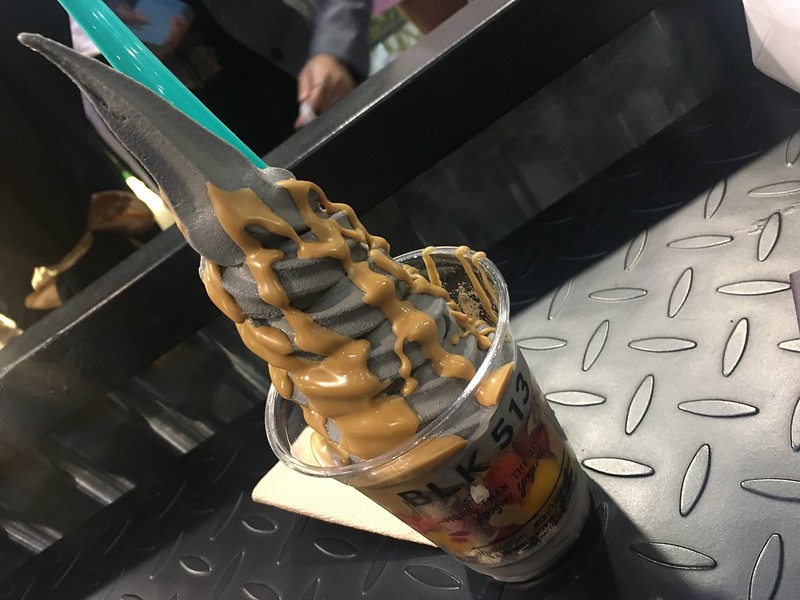 Later on, I stepped even more into the dark side by getting BLK 513’s Dark Skim Cone (Php150), this time in a dark chocolate cone, topped with brownie bits and drizzled with a dark chocolate sauce. 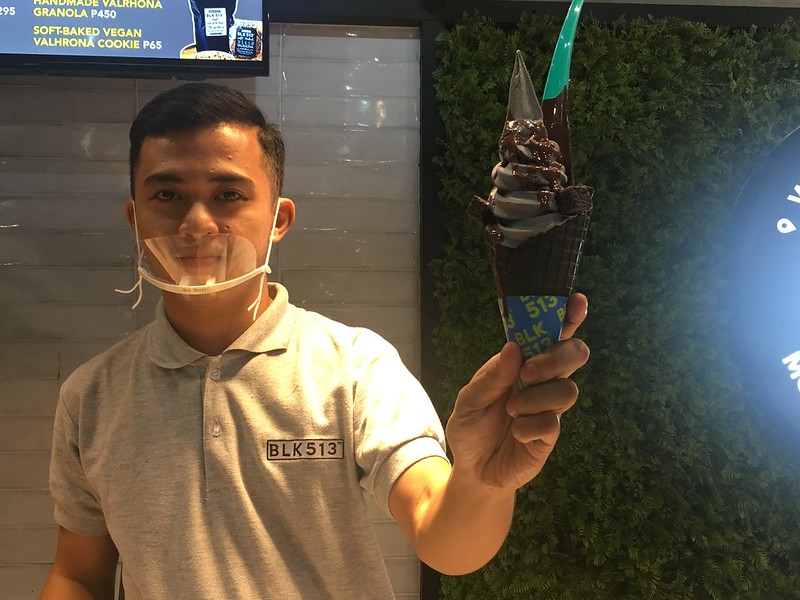 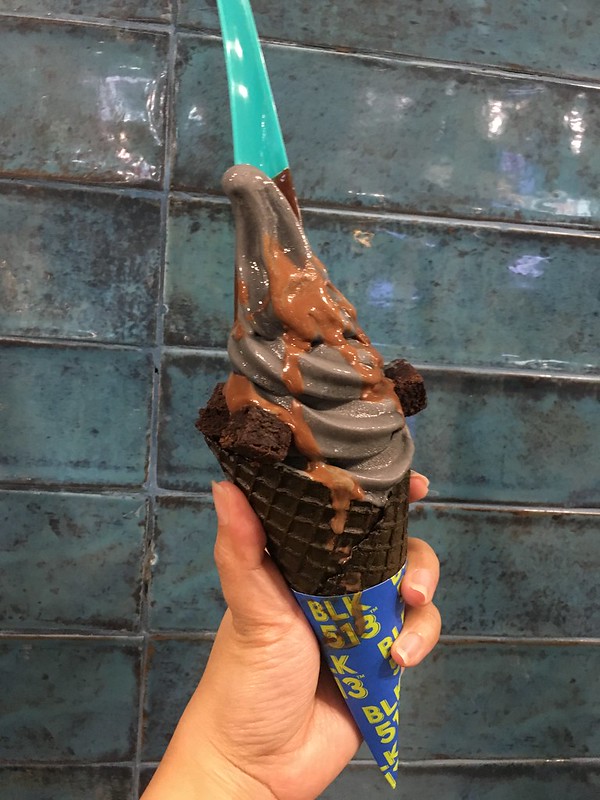 It certainly looks like froyo has been revitalized.  And decadently dark times are ahead… 🙂

Aside from its frozen yogurt treats, BLK 513 also retails packed items such as: 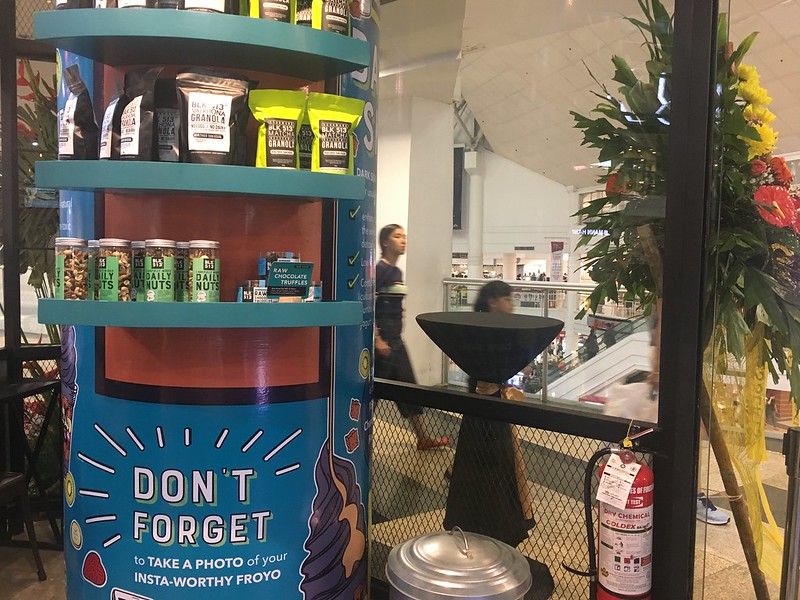 Disclosure: Together with other food bloggers, I was invited to attend a foodie meet-up held in this restaurant.  All the food items mentioned here were served to allow us to sample the fare and were not paid for by the attendees, including myself.