Serenity is that feeling of peace and calmness from having an untroubled mind.

And soothing one’s thirst would go a long way towards soothing the mind.

Tea has long been touted as a way to relieve stress. For centuries, people have been drinking tea as an aid to meditation or to help achieve a peaceful state.

It’s no wonder then that tea brand Serenitea has made the achievement of inner peace its central concept. Established in the country in 2008, it helped usher in tea drinking amongst a coffee-drinking populace by brewing teas using an espresso machine and customizing drinks according to sweetness levels and by adding sinkers. 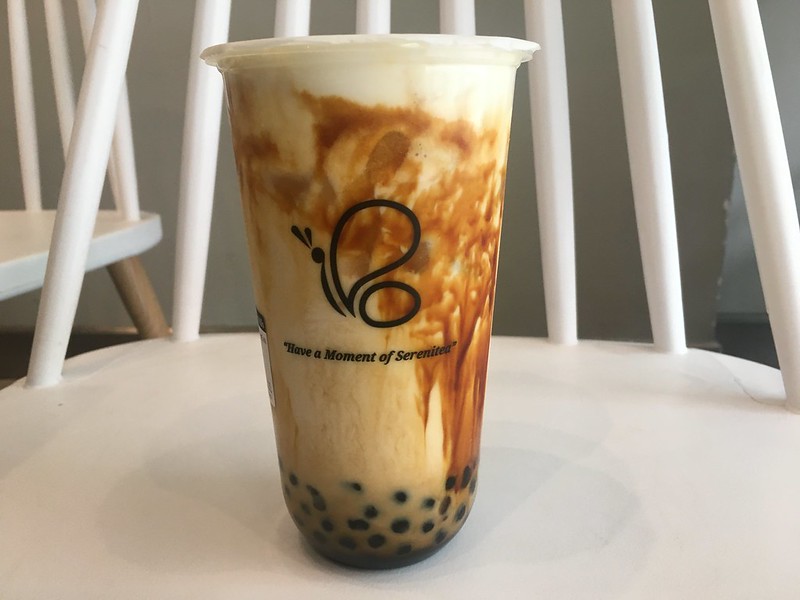 It recently launched its a new line of drinks – the Brown Sugar Series – which adds the luscious sweetness of brown sugar to its tea drinks. The Brown Sugar Frost (Php180), in particular, combined chewy pearls drenched in brown sugar syrup mixed with a rich and creamy premium farm-fresh milk topped with Serenitea’s Signature Cheese Frost and sprinkled with muscovado sugar.

It’s a truly indulgent treat that can chase your troubles away.

To bring you that moment of Zen that only Serenitea can give during these stressful times, Serenitea opened two of its branches – Congressional Town Center and The Exchange Regency Ortigas – for takeout and delivery via LalaFood.

Download the LalaFood App and get a free delivery coupon when you use my code: BEINGJMR53

Other branches in the metro are located at: