If you haven’t encountered the dish called Chicken Galantina yet, you’re missing on quite a lot!

This delectable dish is made with a deboned chicken stuffed with ground pork, hard-boiled egg and sausages with some pickle relish and spices which is then baked until cooked. 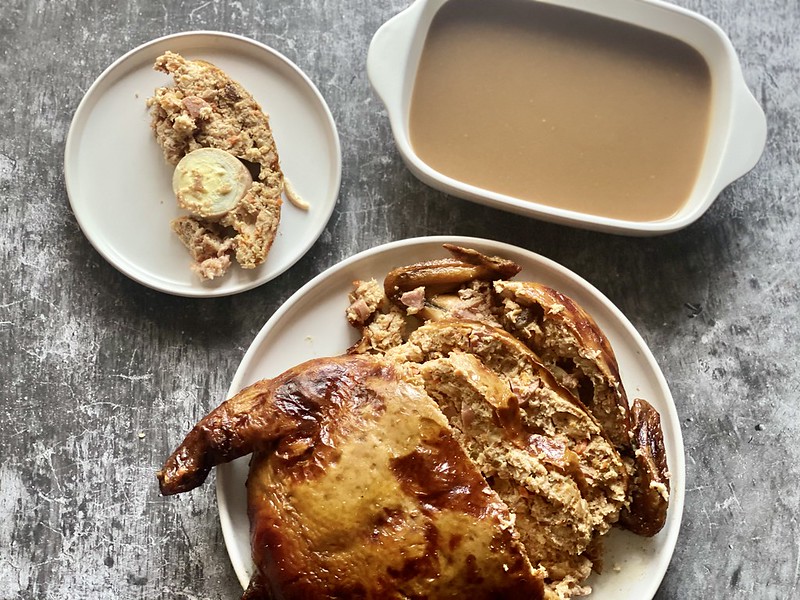 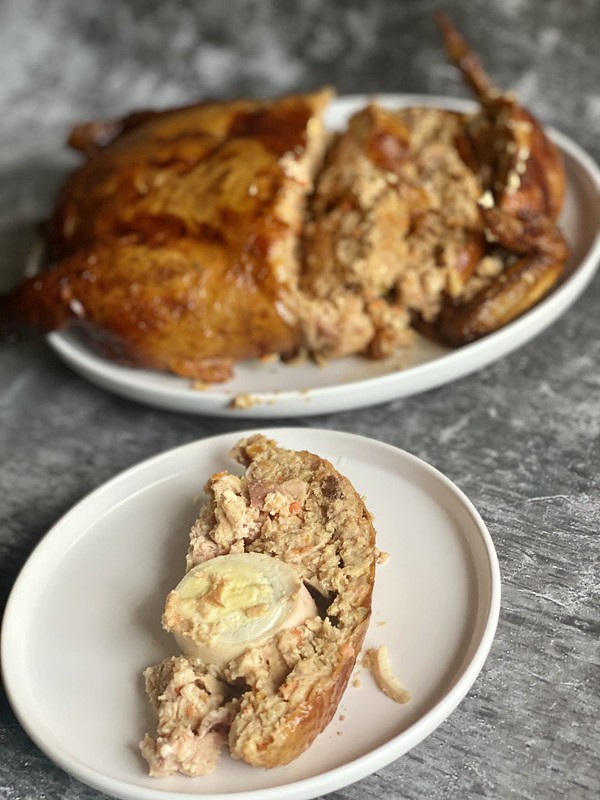 Its origins go all the way back to France with a dish called galantine which employs basically the same method and similar ingredients. Its name may have been derived from its elaborate preparation and presentation: deboning a chicken, after all, is pretty difficult and time-consuming, and the finished dish is lavishly decorated before serving. This leads to a spread of food on the table that is urbane and sophisticated – therefore gallant. 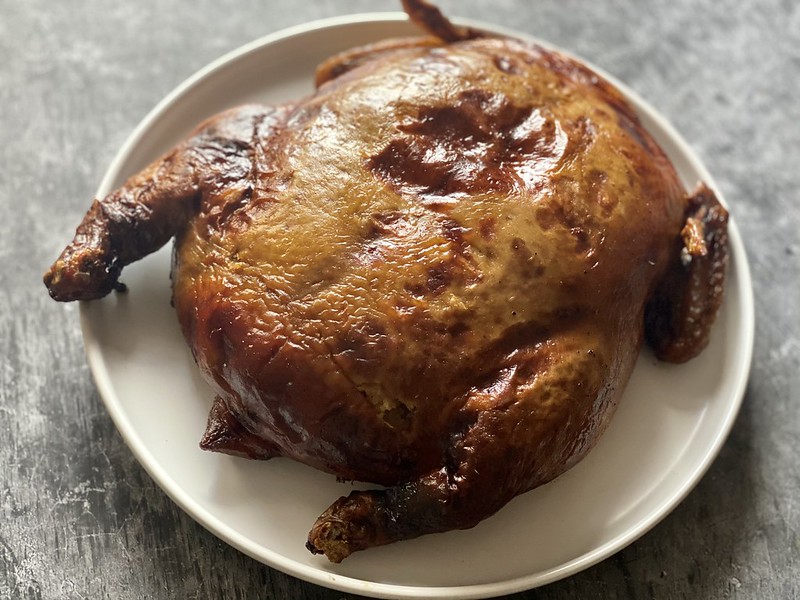 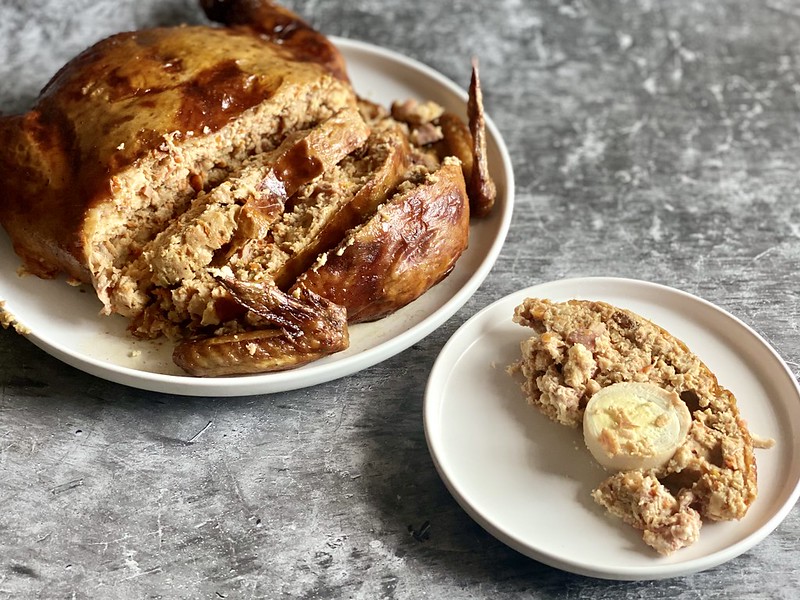 Given the effort that goes into making this dish, it usually makes an appearance during special occasions or holiday feasts.

I remember my mom trying her hand at making this dish back when I was young and I could attest to the difficulty and care needed in making it. No wonder then, that despite the appeal of the dish among our family members, Mom rarely ventured into making this dish since then. 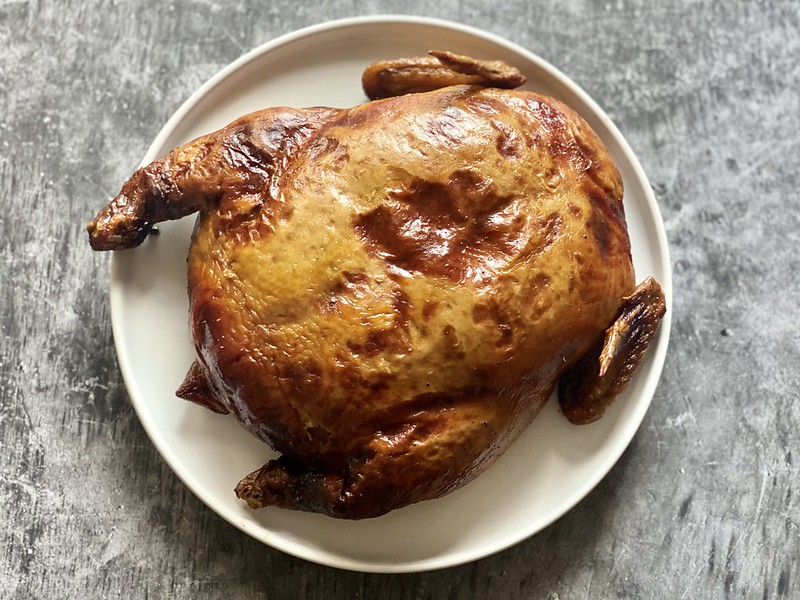 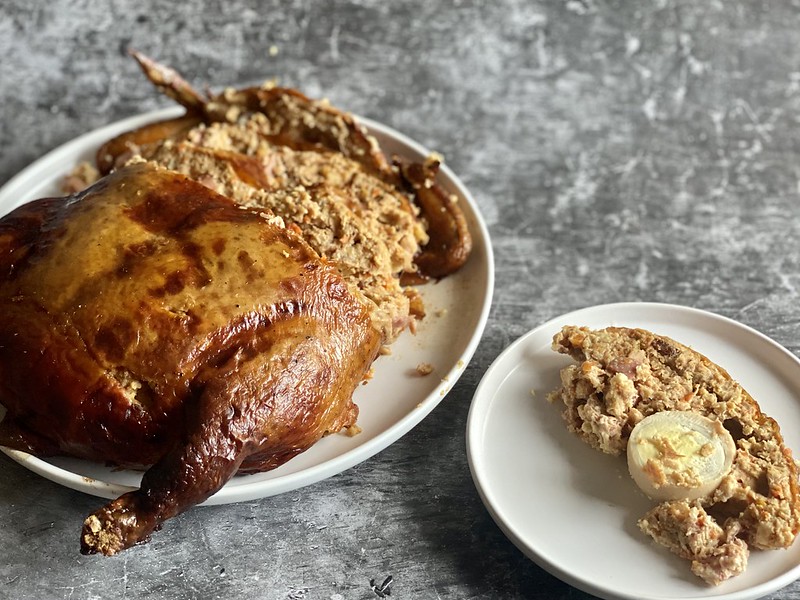 To my reckoning, it’s been years since the last time I had a taste of Chicken Galantina, while my kiddos have yet to acquaint themselves with it.

As luck would have it, the family of my honorary daughter – my real daughter #ExhibitA’s BFF – sent a whole Chicken Galantina from Fira’s Kitchen to us. 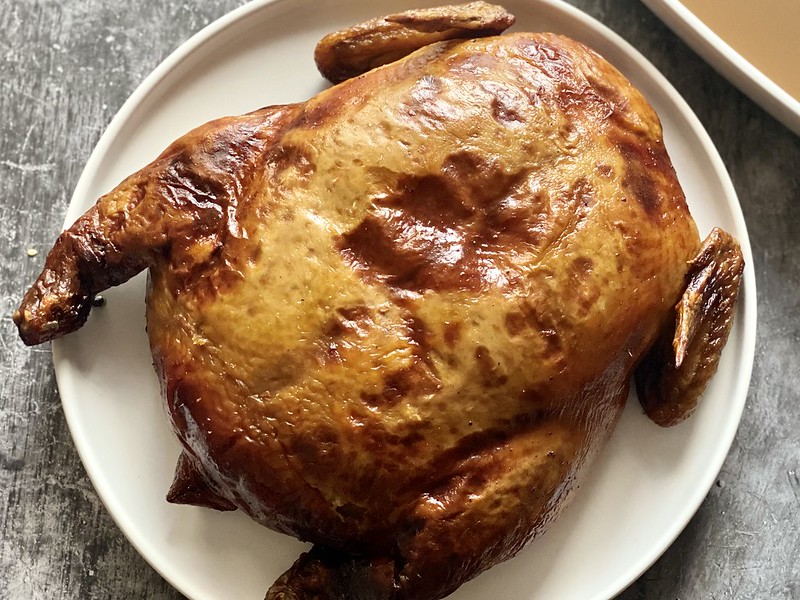 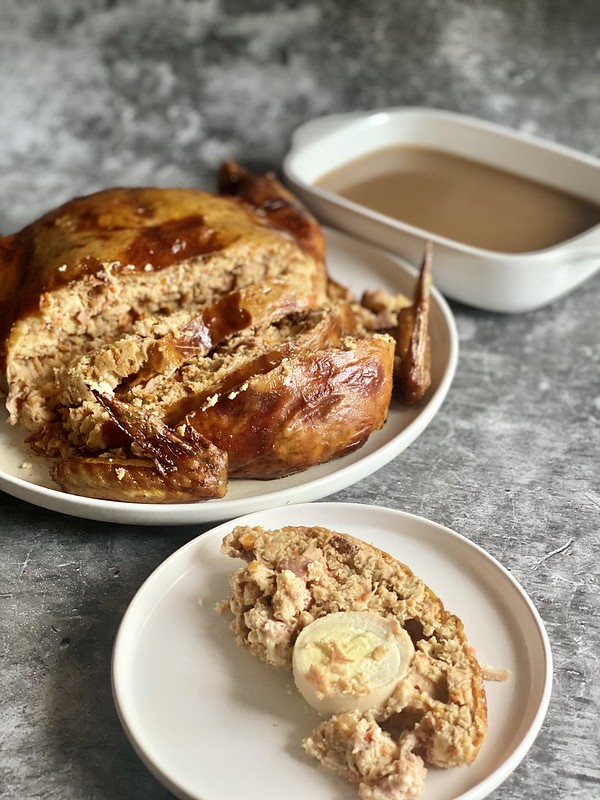 Established in the early 2000s, Fira’s Kitchen specializes in Chicken Galantina, making use of a family recipe that had been passed down through generations.

Honorary Daughter and her mom swear by it, and I have to say that I agree.

From its flavorful browned skin to the succulent chicken meat and delicious stuffing – thankfully not overflowing with raisins! – it is a welcome highlight at our dinner table. 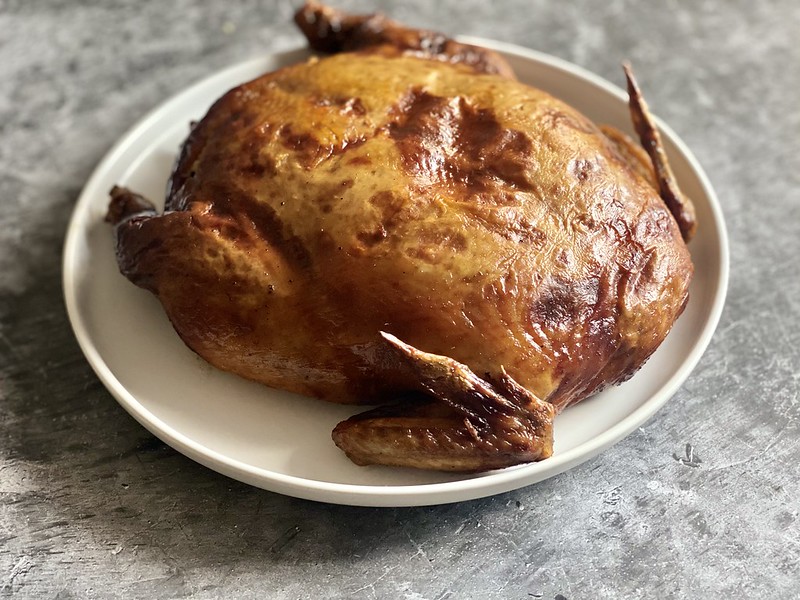 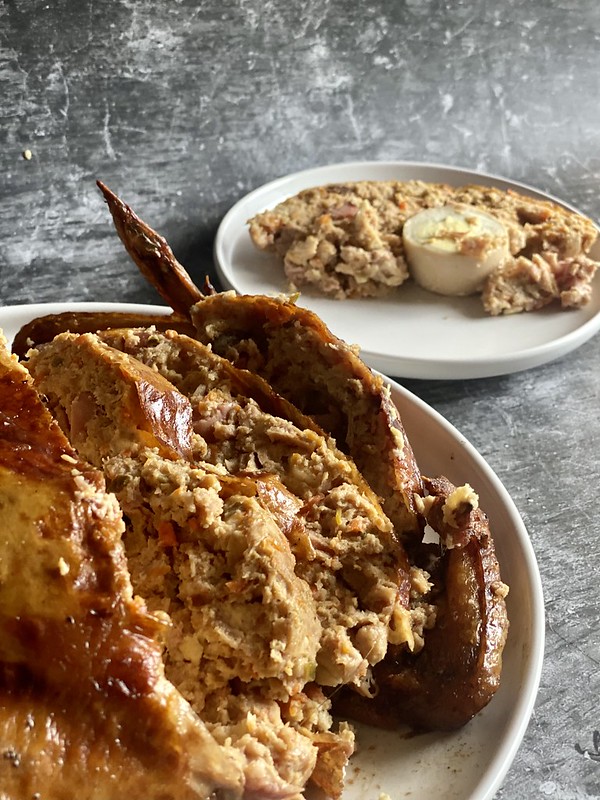 It came with its special gravy which my kiddos consumed quite liberally but I quite prefer my Chicken Galantina portion without it.

The remarkable thing about this dish is that it can be enjoyed hot or cold, so what few leftovers we had conveniently became sandwich fillings for our midnight snack. 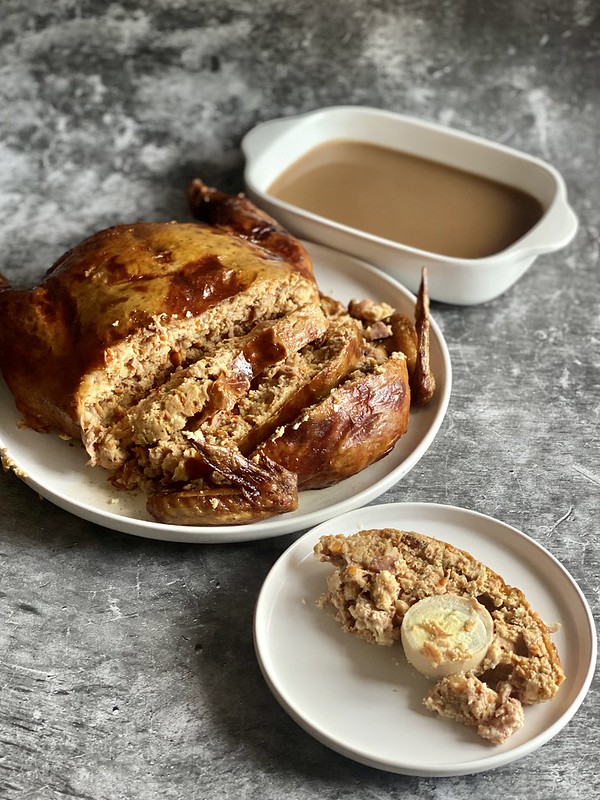 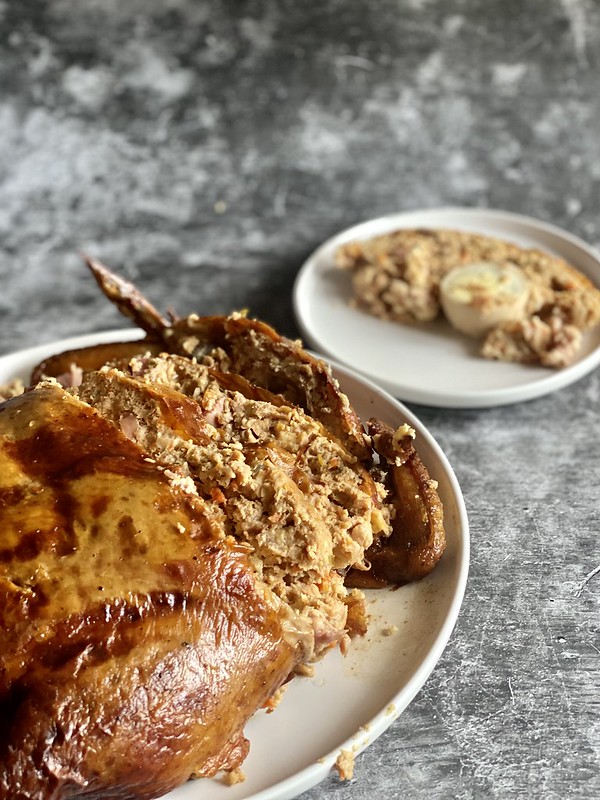 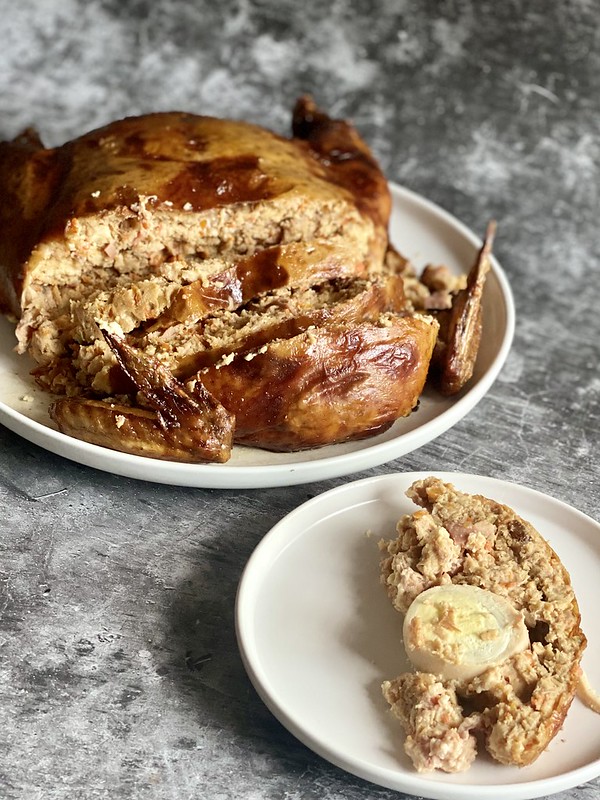 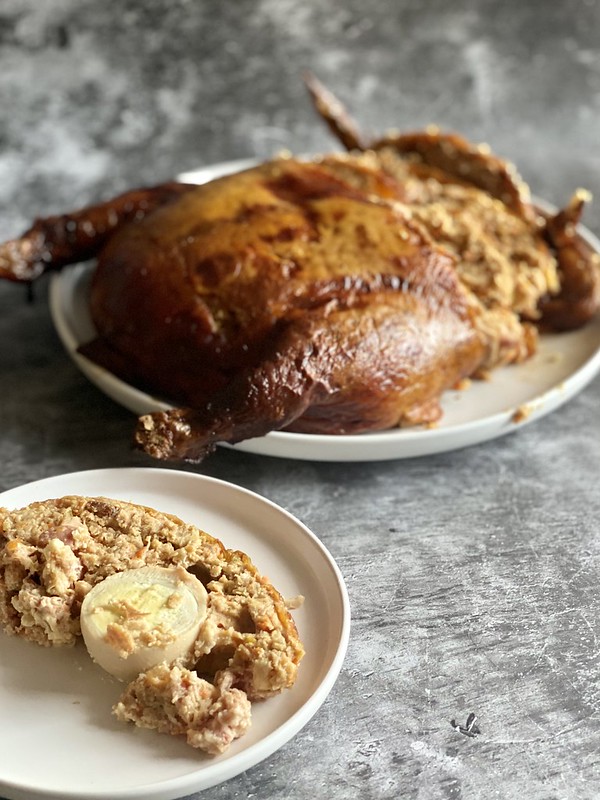