You would think that after honing his craft through stints at upscale hotel restaurant Amber in Hong Kong and as head chef of Enderun Events in Davao, Chef Edmond Dannug will bring his considerable skills to bear in whipping up complex French dishes when he decided to go into business.

Instead, he opted to offer comfort food – his personal favorites, actually – through the online store that he co-manages with his fiancee Jasmine Guillarte. They named it Heavenly Spiced. 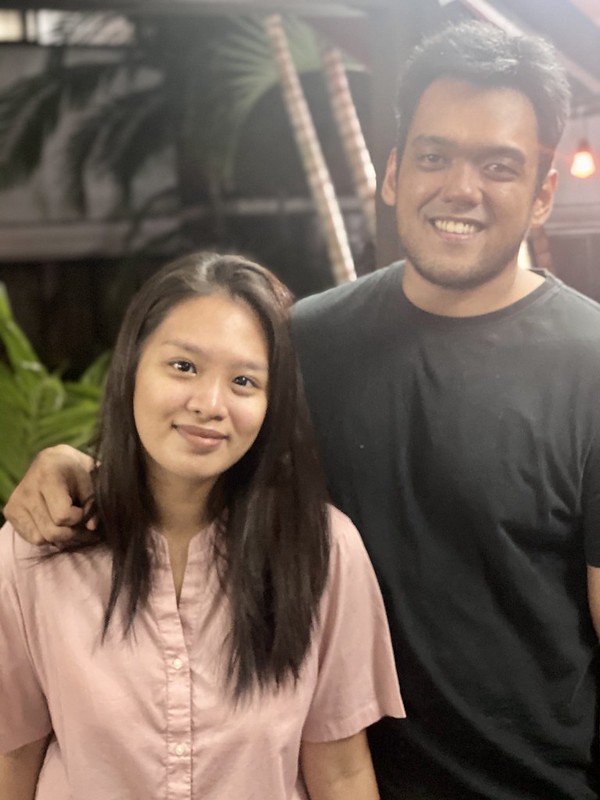 “My cooking mentors always taught me that the best food are the simplest,” he shares.

Still, the dishes on offer at Heavenly Spiced are no run-of-the-mill viands. Their flavors have been enhanced through careful preparation and cooking techniques ingrained into culinary professionals, such as Chef Edmond. They come in large party trays that can serve six to eight people and are perfect for small gatherings or for a special family meal that you don’t want to slave over in the kitchen.

He started out with the Hainanese Chicken and Rice (Php850), widely considered as one of Singapore’s national dishes. Based on the Wenchang Chicken, a well-known dish in South China dating back to Qin Dynasty, this dish is painstakingly made by poaching a whole chicken in sub-boiling temperature, with some of the resulting stock combined with ginger, garlic and other flavorings to cook the flavorful rice that will accompany the dish. Chef Edmond completes this platter with bright green bokchoy and the three traditional dipping sauces for Hainanese Chicken: a red chili sauce, a thick and dark soy sauce, and a paste of freshly ground ginger. 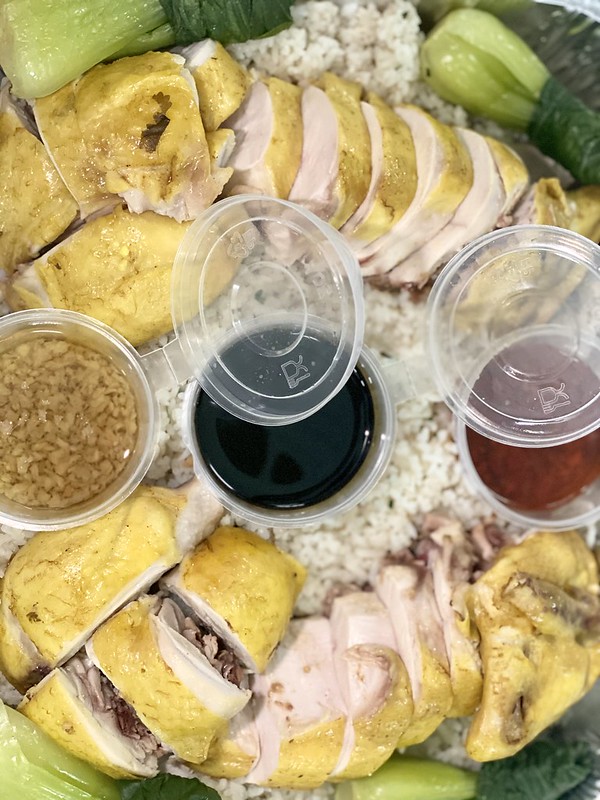 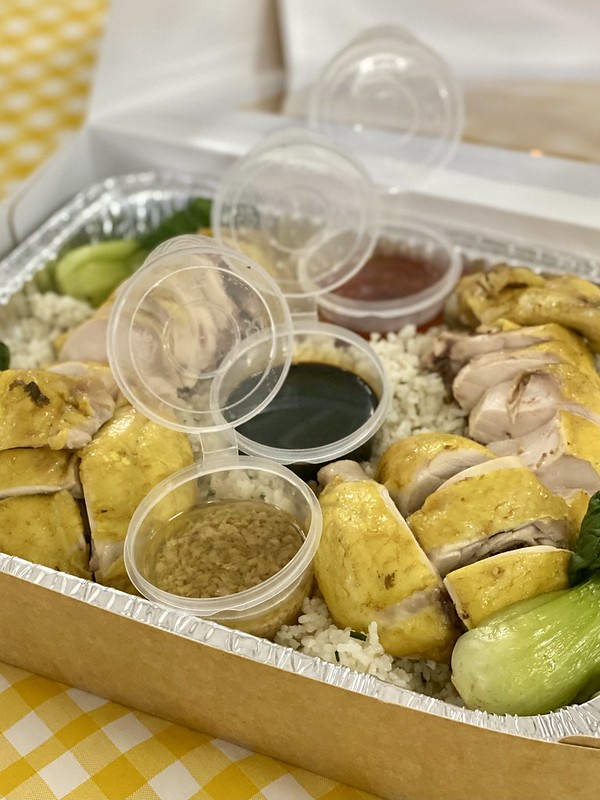 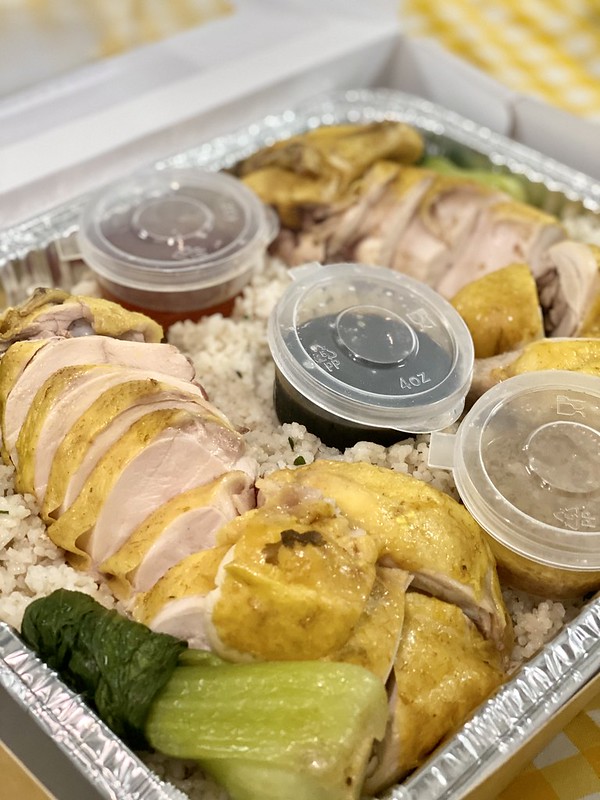 Another of the chef’s comfort food faves is the Bourbon Glazed Barbecue Pork Ribs (Php1,400). Meat lovers would love to get a hold of this dish! Slow-smoked, falling-off-the-bone meat flavored with a sweet-savory bourbon glaze and partnered with umami corn cobs made for a finger-licking dish! It’s messy eating but there’s really no better way to enjoy it. 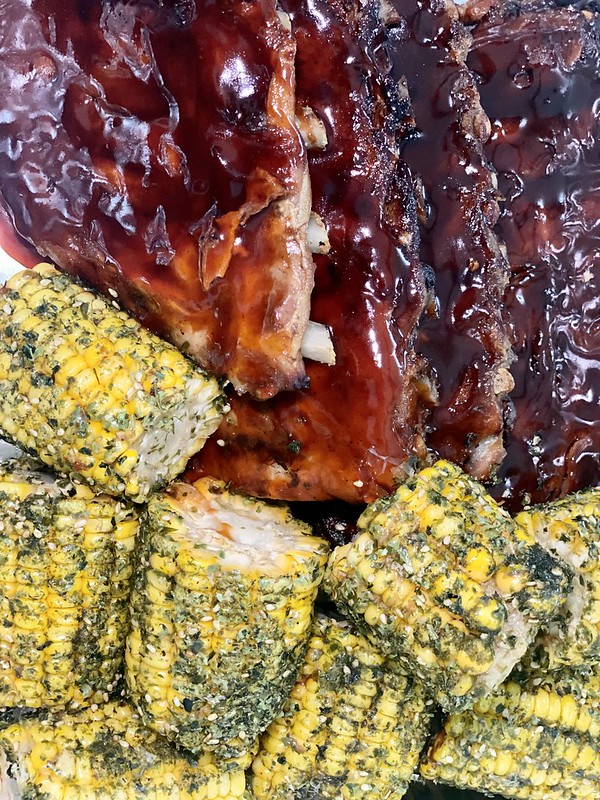 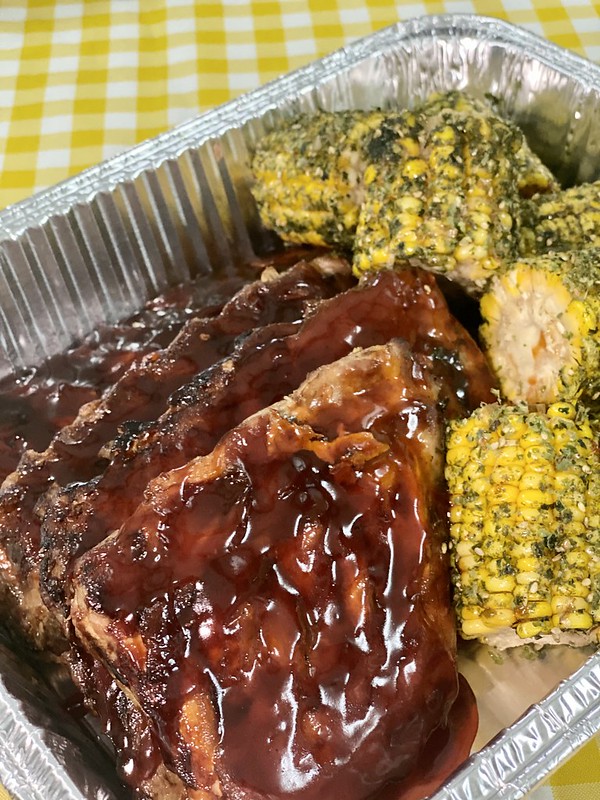 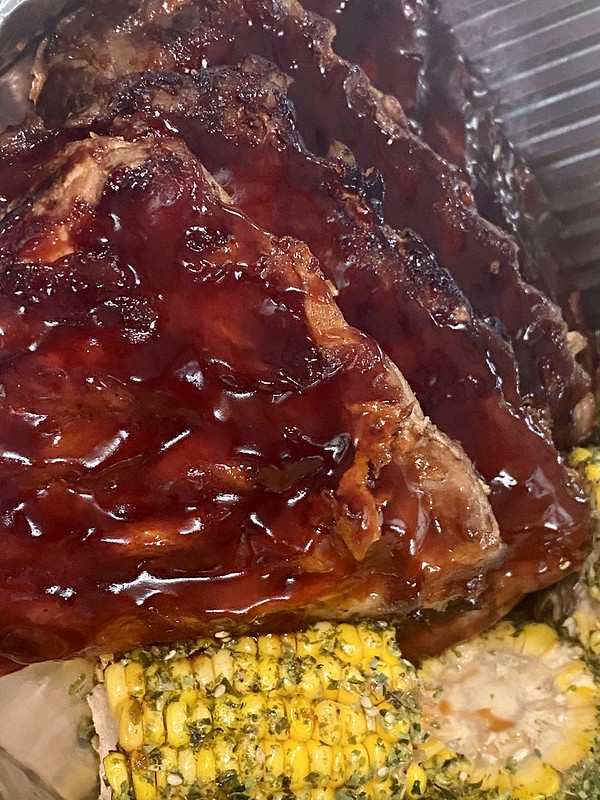 Chef Edmond recently expanded his menu to include Chicken Wings (Php900). Inspired by his favorite chicken chicken place Frankie’s, this dish is made with large pieces of chicken wings which are deep-fried then coated with a vinegar-based cayenne pepper glaze. They are then served with bleu cheese dipping sauce which made for a well-balanced combination of sweet, spicy and tangy flavors. 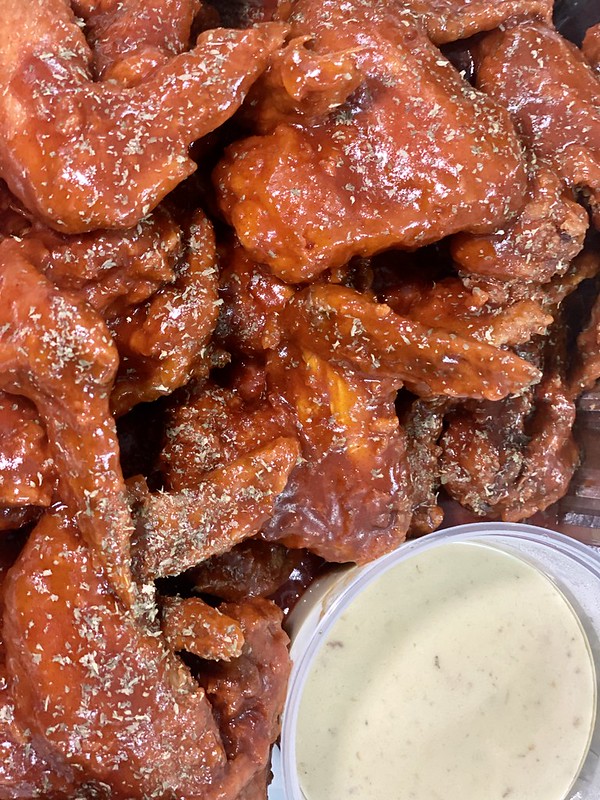 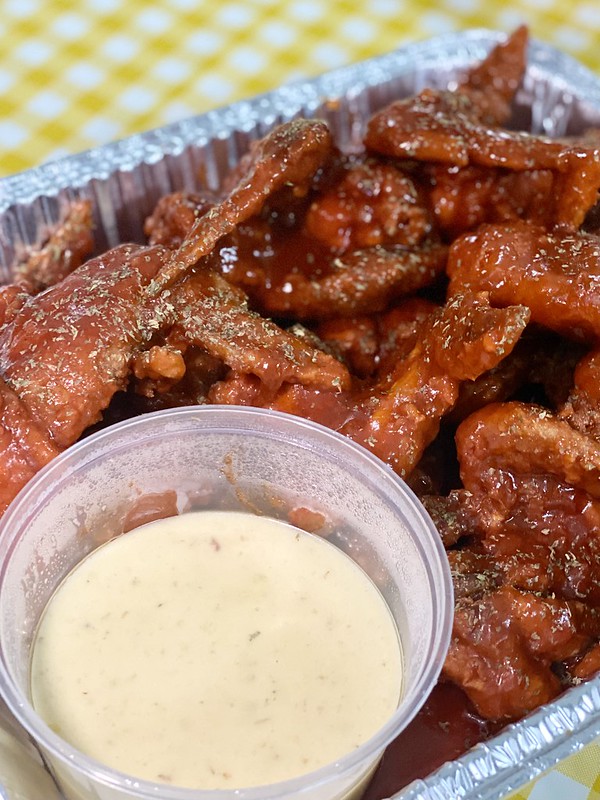 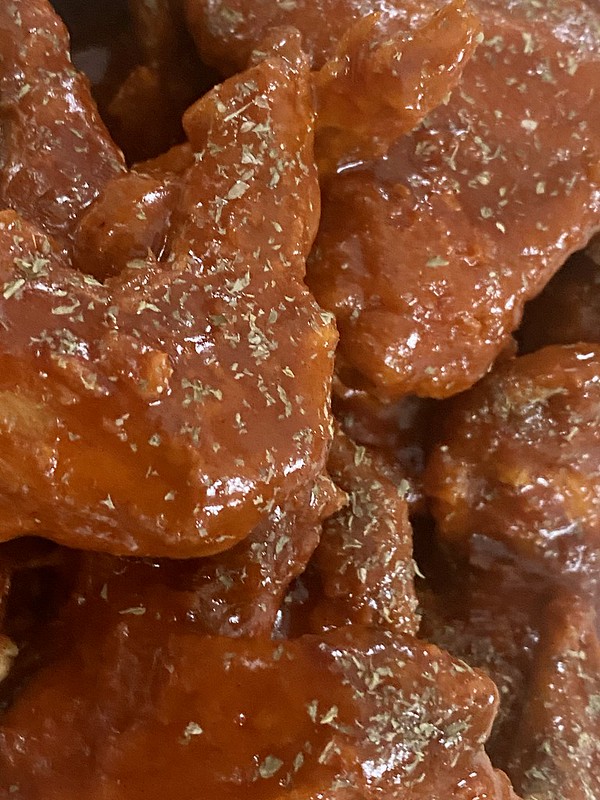 The chef’s newest creation which also joins Heavenly Spiced offerings is the Angus Burger (Php1500). Six hefty quarter-pound patties made with ground Angus beef are lightly seasoned and then grilled to medium doneness to bring out their beefy goodness. These are then placed in grilled brioche buns along with lettuce, tomato, battered onion rings and cheddar cheese then coated with the chef’s Bourbon Barbecue Glaze and served with a side of umami fries. 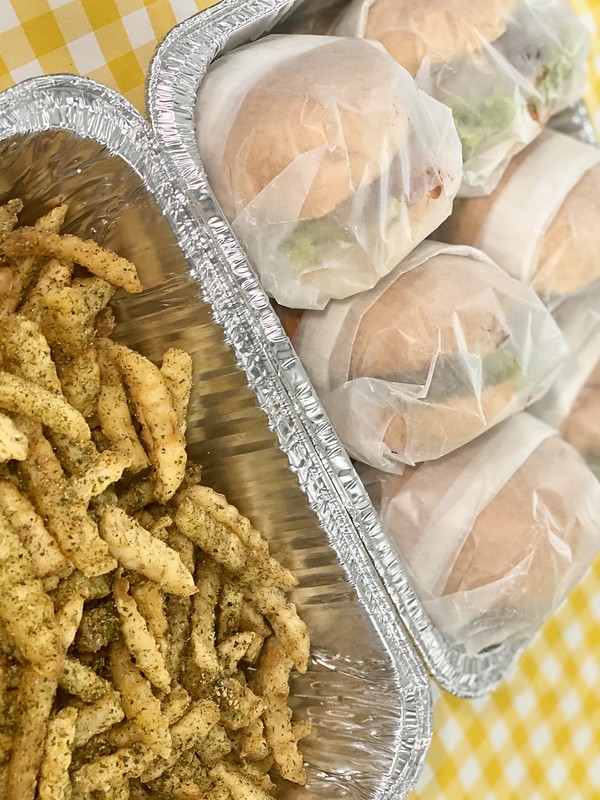 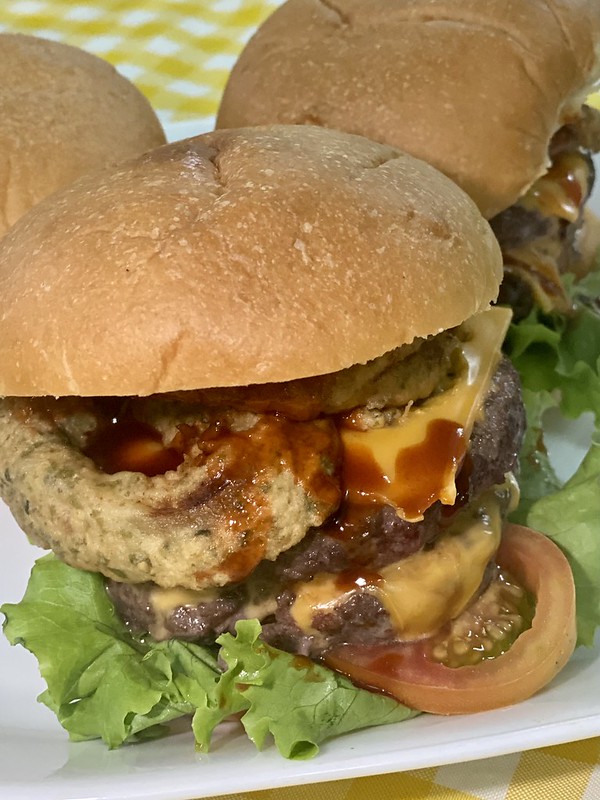 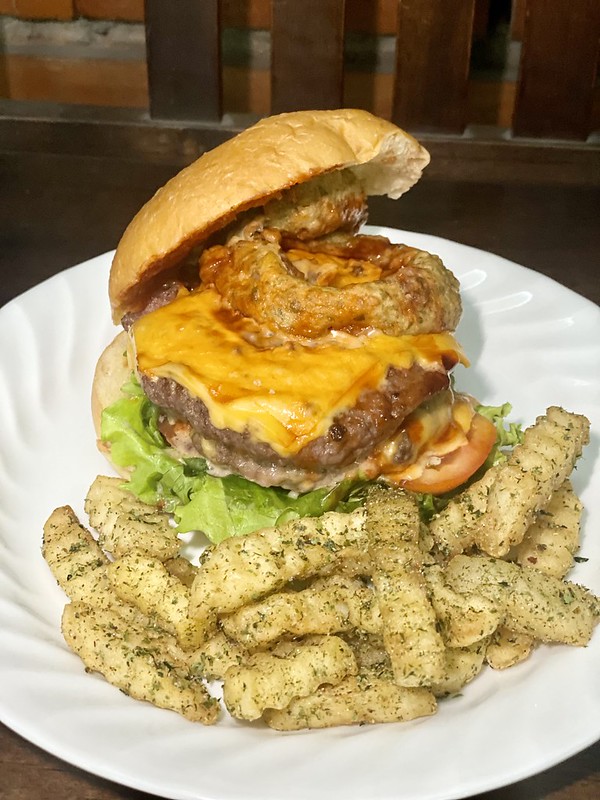 Aside from these party trays, Heavenly Spiced can also cater your Zoom parties via its gift boxes made with solo servings of especially curated dishes from Filipino, Chinese, Japanese and Western cuisines. Prices range from Php450 to Php600 per box.

Now we know where we can get tasty and wholesome comfort food that’s been meticulously prepared by a professional chef! 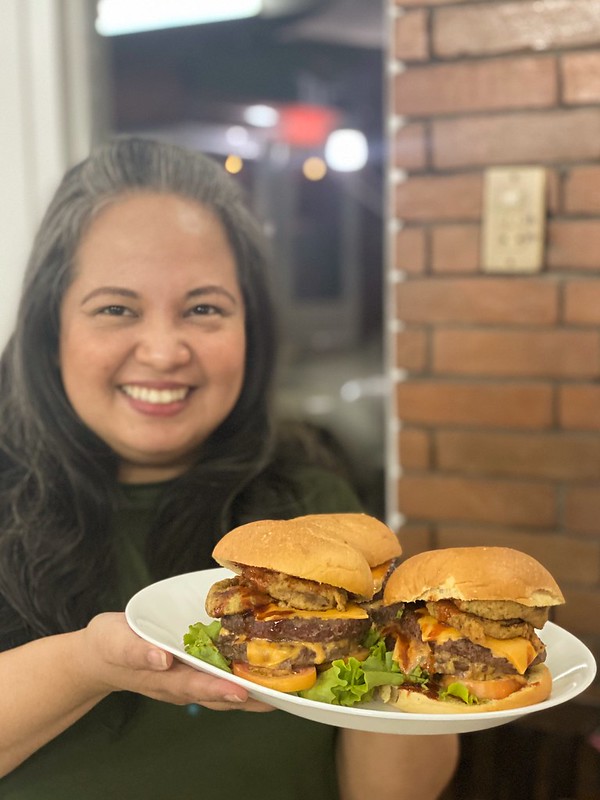 Disclosure: I attended a food tasting of Heavenly Spiced dishes together with fellow foodies. Items mentioned here were served to let us sample the fare and elicit our honest feedback.